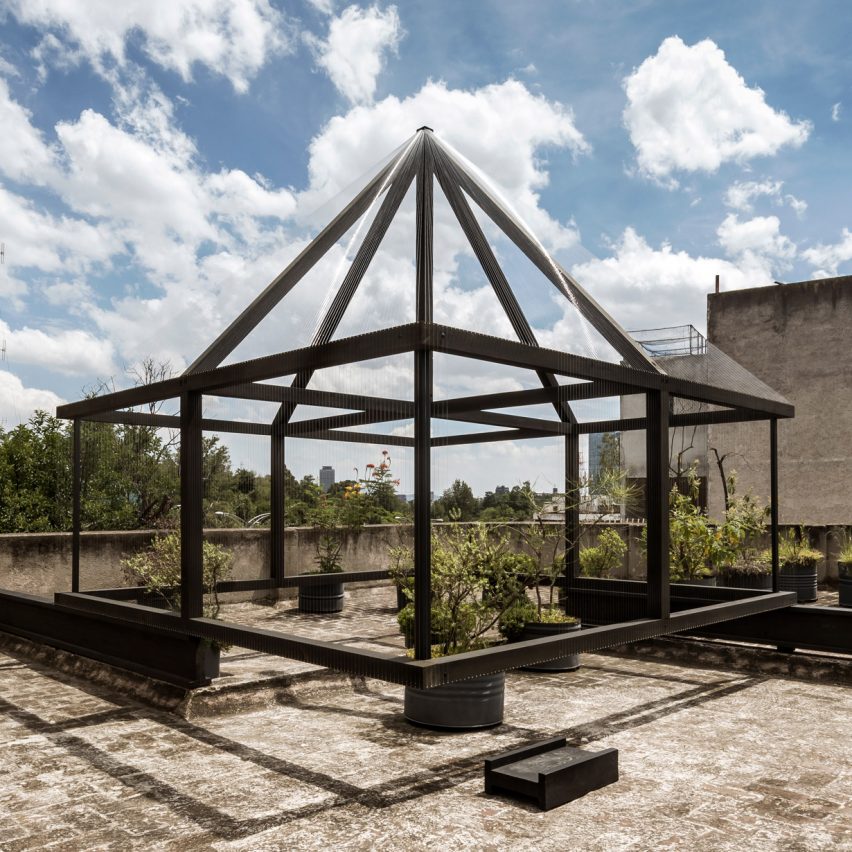 Seattle-based Robert Hutchison Architecture has built a “ghost-like” pavilion on the roof of Luis Barragán‘s house in Mexico City as part of his Memory Houses exhibition at the architect’s former residence.

The installation, which was placed on top of Casa Luis Barragán during August and September in 2019, was a half-scale reinterpretation of an unbuilt memorial chapel Robert Hutchison Architecture founder Robert Hutchison designed in 1994.

“The chapel installation itself is a memory of something that never was,” he told Dezeen. “Here, memory takes on physical form, with the chapel ‘remembering forward’ to create new connections to the site.” 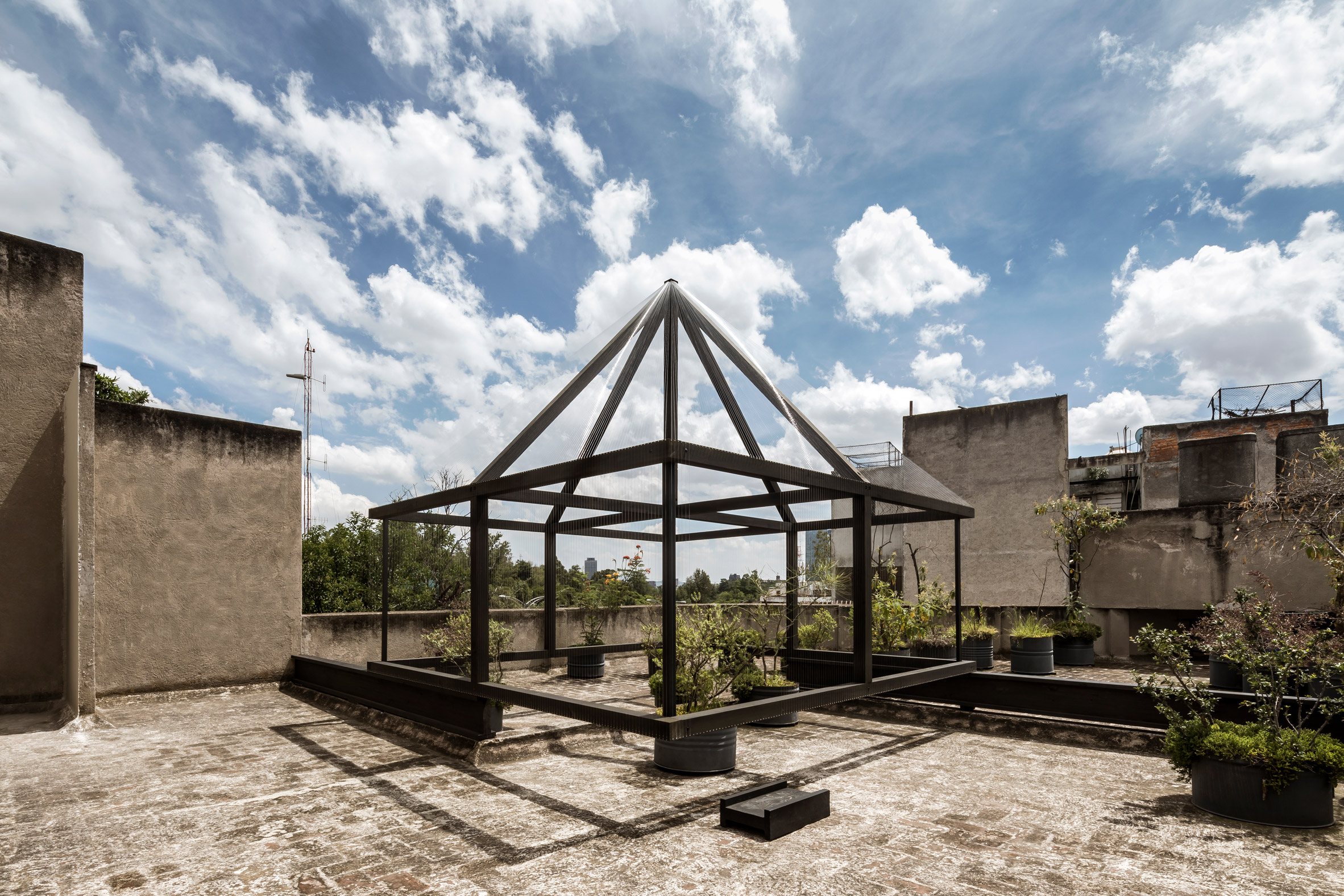 The structure was designed to be a homage to the late architect, who is celebrated as one of Mexico’s most important, while allowing visitors to reinvestigate the house’s rooftop and the surrounding cityscape.

“Chapel for Luis Barragán ‘remembers forward’ to serve as a homage to Luis Barragán and his lifelong interests in solitude and spirituality, just as it provides a new vantage point for understanding this hallowed site and its neighboring urban context,” explained Hutchison.

“The ethereal enclosure creates a space on the rooftop where you can experience both the immediate context of the roof with Alberto Kalach’s planters of trees and grasses, just as it frames the more distant skyline of Mexico City rooftops.” 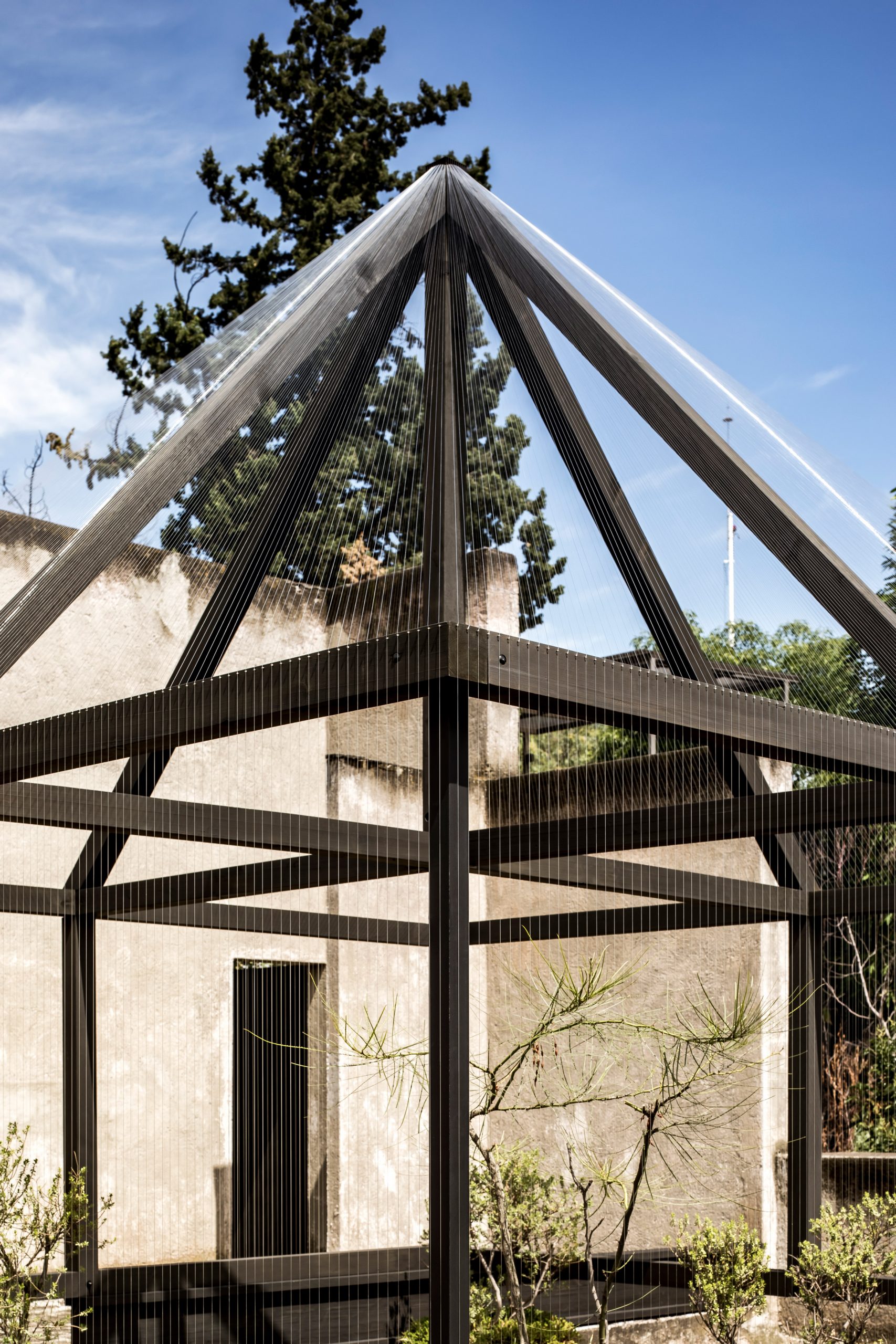 The chapel formed part of an exhibition of nine speculative works of architecture by the studio that each “investigate how memories can become a source for architecture”.

“It originated as one of the nine allegorical buildings that make up my Memory Houses project, which was being exhibited in drawings and models inside Barragán’s studio below,” explained Hutchison.

“It continues the questions which begin in the Memory Houses exhibit below, putting viewers in a place of questioning the relationship between architectural representation and actuality.” 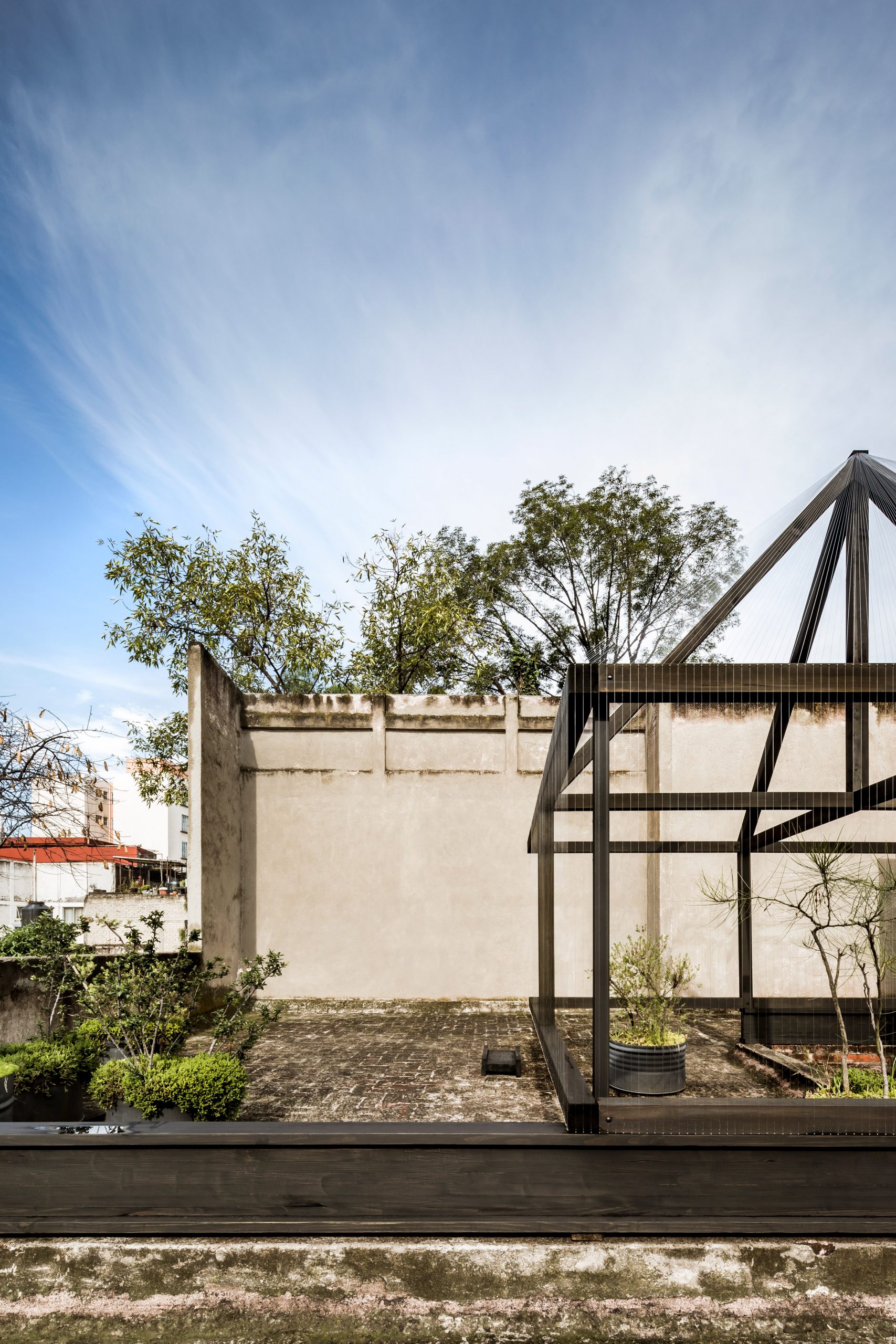 While the original chapel was designed to be built with a concrete structure topped with a wooden roof covered with a combination of wood and glass shingles, the memory chapel was stripped back to a frame.

For the built structure, hundreds of plastic monofilament lines – similar to fishing line – were stretched across a dark-stained timber frame. 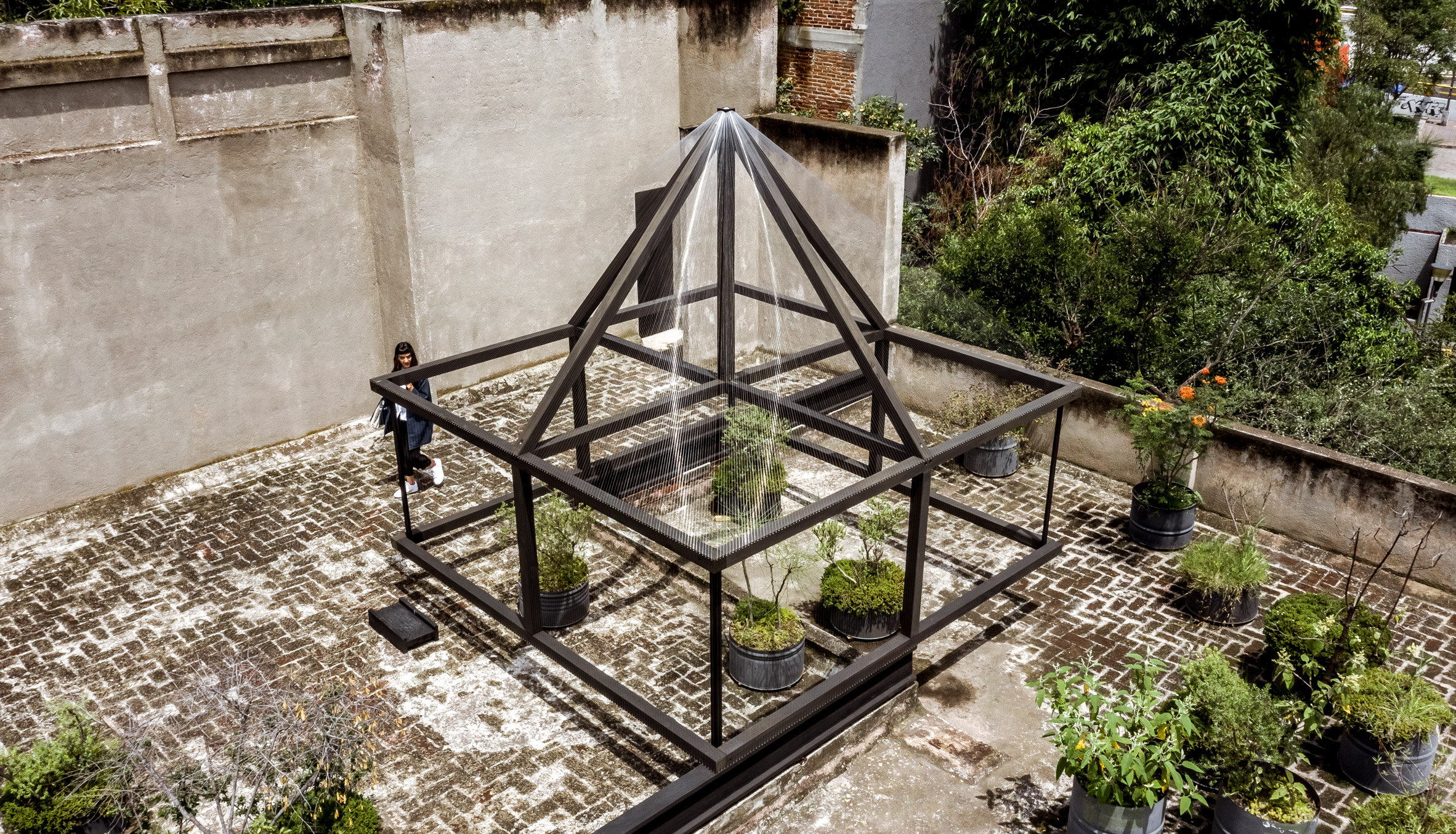 “How much can you pare down a form and still call it ‘architecture’? The inhabitable installation is undeniably ghost-like, walking the line between presence and absence, form and frame, space and void.” 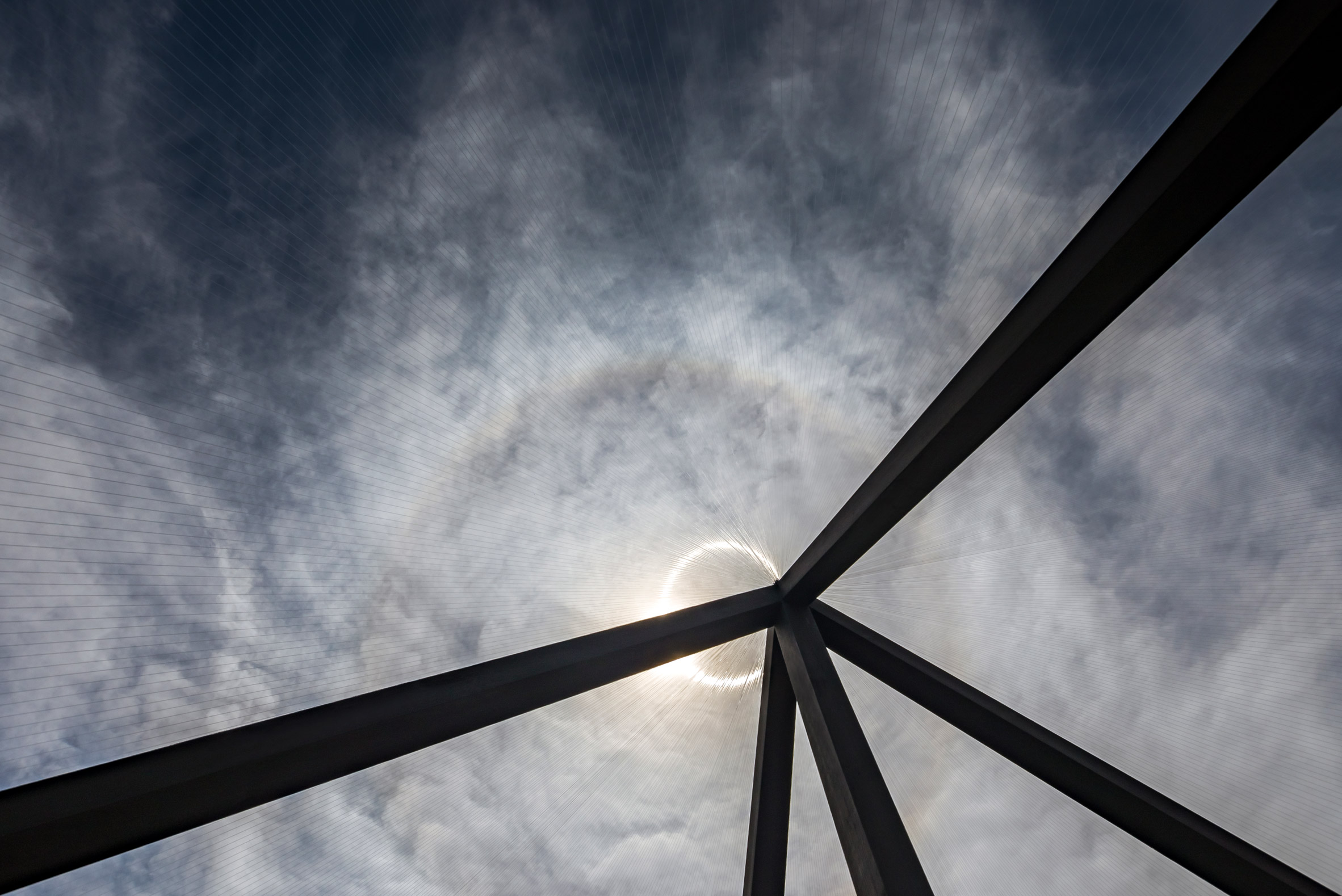 Hutchison placed the structure on the house’s roof to take advantage of an underutilised space, which in turn determined the final size and form of the installation.

“Originally, we weren’t sure where the chapel installation would be placed, but quickly realized the rooftop was the place to put it,” said Hutchison.

“Once we decided on that location, the chapel literally clicked into place – it lined up perfectly with the geometry of the rooftop that Barragán designed.” 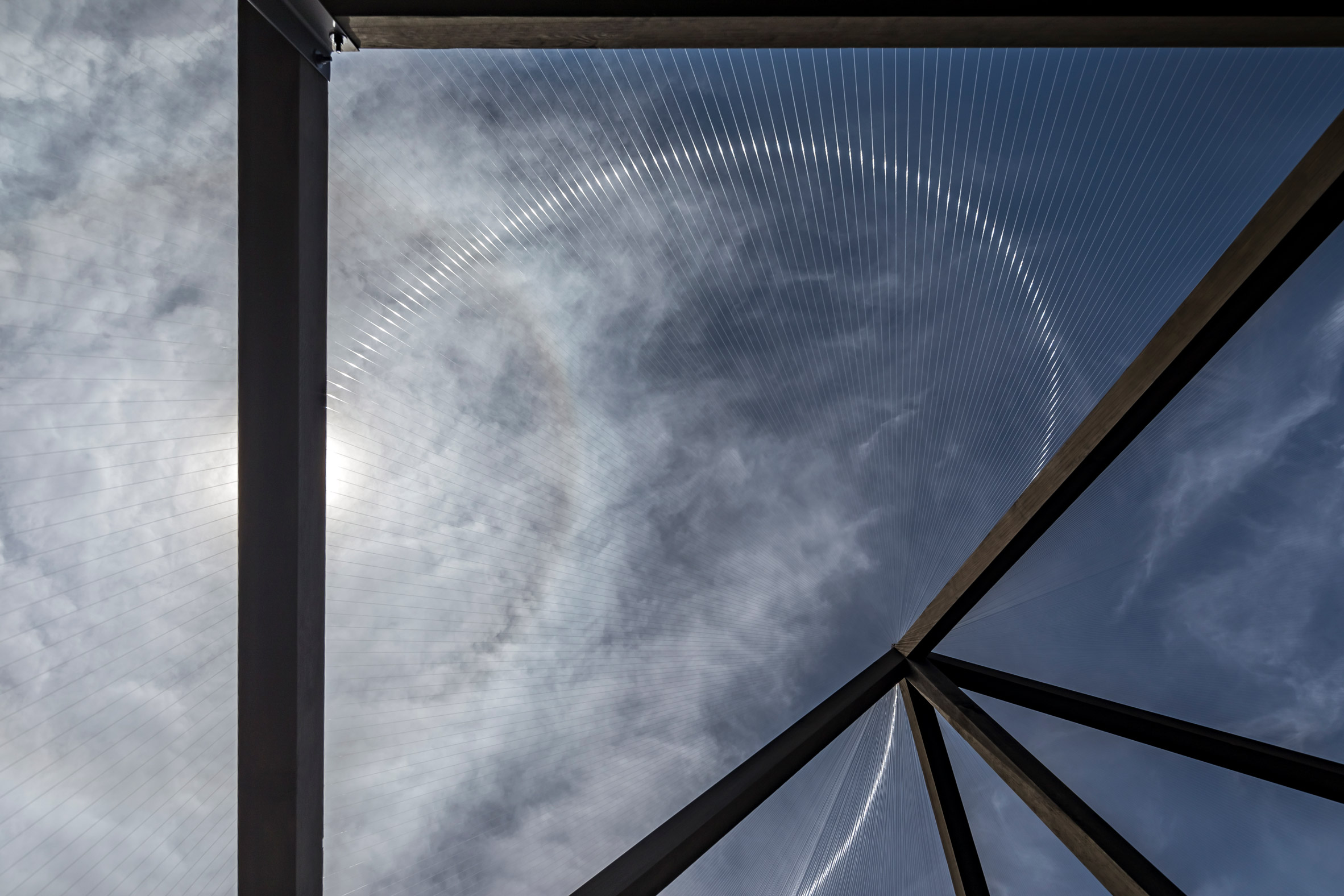 “Barragán had a very strong connection to his faith, so when we were planning the installation with Catalina Corcuera Cabezut, the director of Casa Luis Barragán, she became excited about the relationship between the memorial chapel, the chapel installation, and the site,” he continued.

“In this way, the installation is as much about process as form – we posed an idea, and then let the site conditions shape the final outcome.” 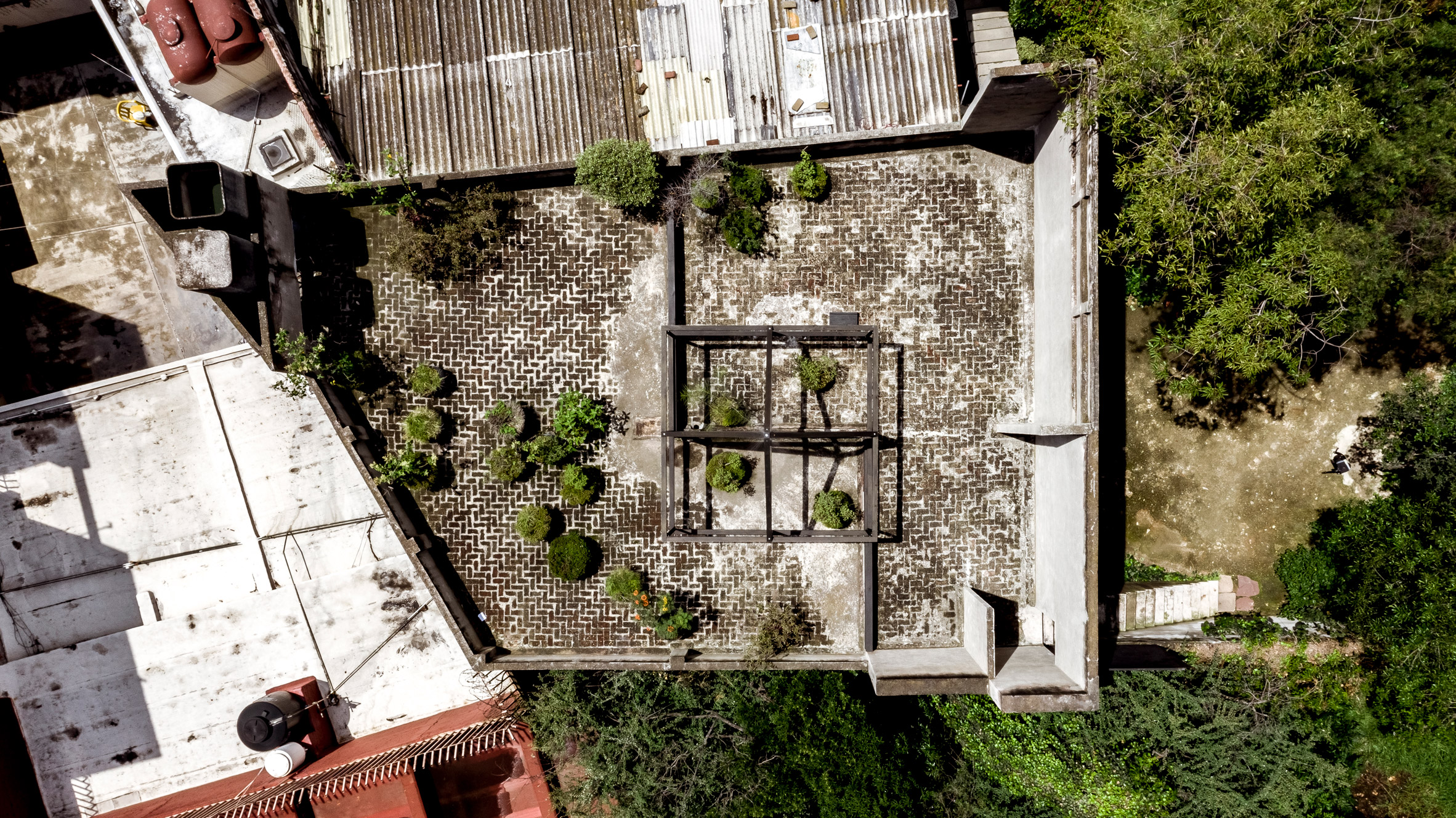 Seattle-based Robert Hutchison Architecture is led by Hutchison. The studio has previously designed a blackened-wood house in a forest on the outskirts of Seattle and a cantilevered house with Panoramic views of Seattle’s harbour.

Photography is by Cesar Bejar.