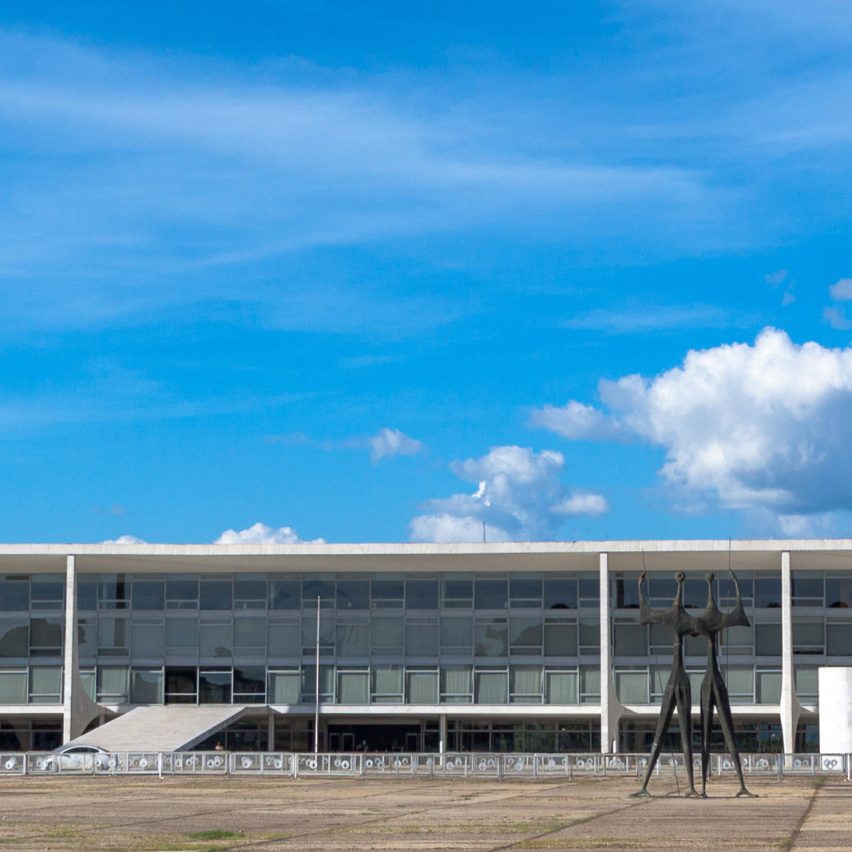 The Brazilian government is planning to install anti-drone antennas on the Oscar Niemeyer-designed Planalto, Alvorada and Jaburu palaces in Brasília, which would disrupt the clean form of the modernist buildings.

Brazil’s Institutional Security Office (GSI) is planning to place a 1.5-metre antenna on top of the Planalto Palace and five-metre antennas on the Alvorado and Jaburu palaces in Brasília to protect the area from drones.

The move follows a previous plan for taller antenna that was turned down by Brazil’s preservation agency due to the impact they would have had on the buildings.

Iphan under pressure to approve plans

The current proposal was sent to Brazil’s National Historical and Artistic Heritage Institute (Iphan) in June, according to Brasília-based website Metrópoles.

Metrópoles reports that Iphan, which hasn’t yet approved the proposal, is being pressured by the government to do so.

GSI had contracted a company to install the system for detecting and neutralising drones, which it says are “becoming commonplace”, in the area around Brasília’s Planalto, Alvorada and Jaburu.

All three palaces were designed by iconic Brazilian architect Niemeyer in the 1950s to 1970s as part of his creation of the Brazilian capital.

Cables supporting the antennas would create a pyramid shape that would notably impact the horizontal lines of Niemeyer’s low-rise modernist buildings, which is what led Iphan to block the original proposal in April.

“It must be considered that iconic buildings such as the presidential palaces, historic heritage sites that have been recognized and internationally recognized for their modern architecture, impose limits on interventions, which must be directed towards the least possible impact,” stated Iphan at the time.

It concluded that the proposed anti-drone equipment would directly impact the palaces.

The response also set out guidelines for the installation of the equipment, stating: “If they are elements integrated into the architecture of the palaces, the new equipment cannot be visible from the point of view of the observer, so as not to impair the reading of the volumetry of the palaces.”

Drones “no longer just for leisure and as a work tool”

Secretary of security general Luiz Fernando Estorilho Baganha, believes that the antenna are necessary due to increased risk to security that drones pose.

“One must consider the urgency that the matter requires, in addition to the presidential security subject being an act provided for by law, the use of drones is no longer just for leisure and as a work tool, but is now used in acts of threat and hostile actions, bringing risks and being increasingly applied for different shady purposes,” he said.

“The appearance of drones is becoming commonplace and demonstrating a vulnerability to the security activity of the highest authorities in the executive branch,” he added.

Dezeen’s film Elevation looked at how transport, deliveries, construction and architecture will be transformed by drones.

Photograph of Planalto Palace is by Webysther.

The post Anti-drone antennas set to be built on top of Oscar Niemeyer palaces in Brasília appeared first on Dezeen.