Clova is an AI-powered lamp that reads books to children 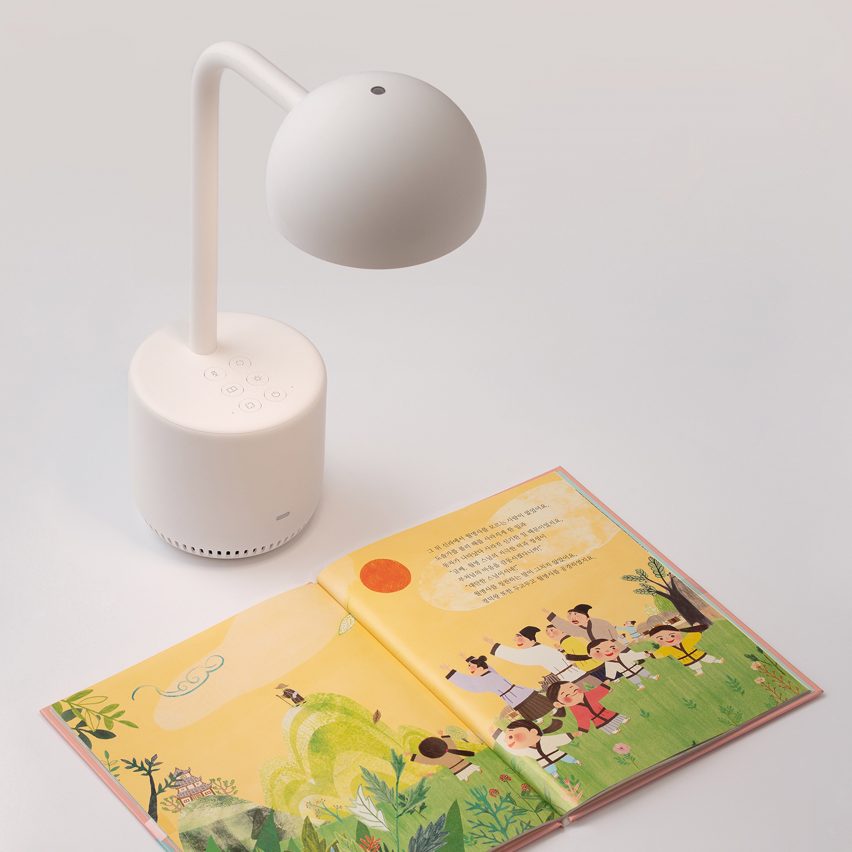 Using computer vision and artificial intelligence technology, the lamp is able to convert the text and images from a book into speech, while an integrated virtual assistant can explain the meaning of words and answer kids’ questions to help them learn. 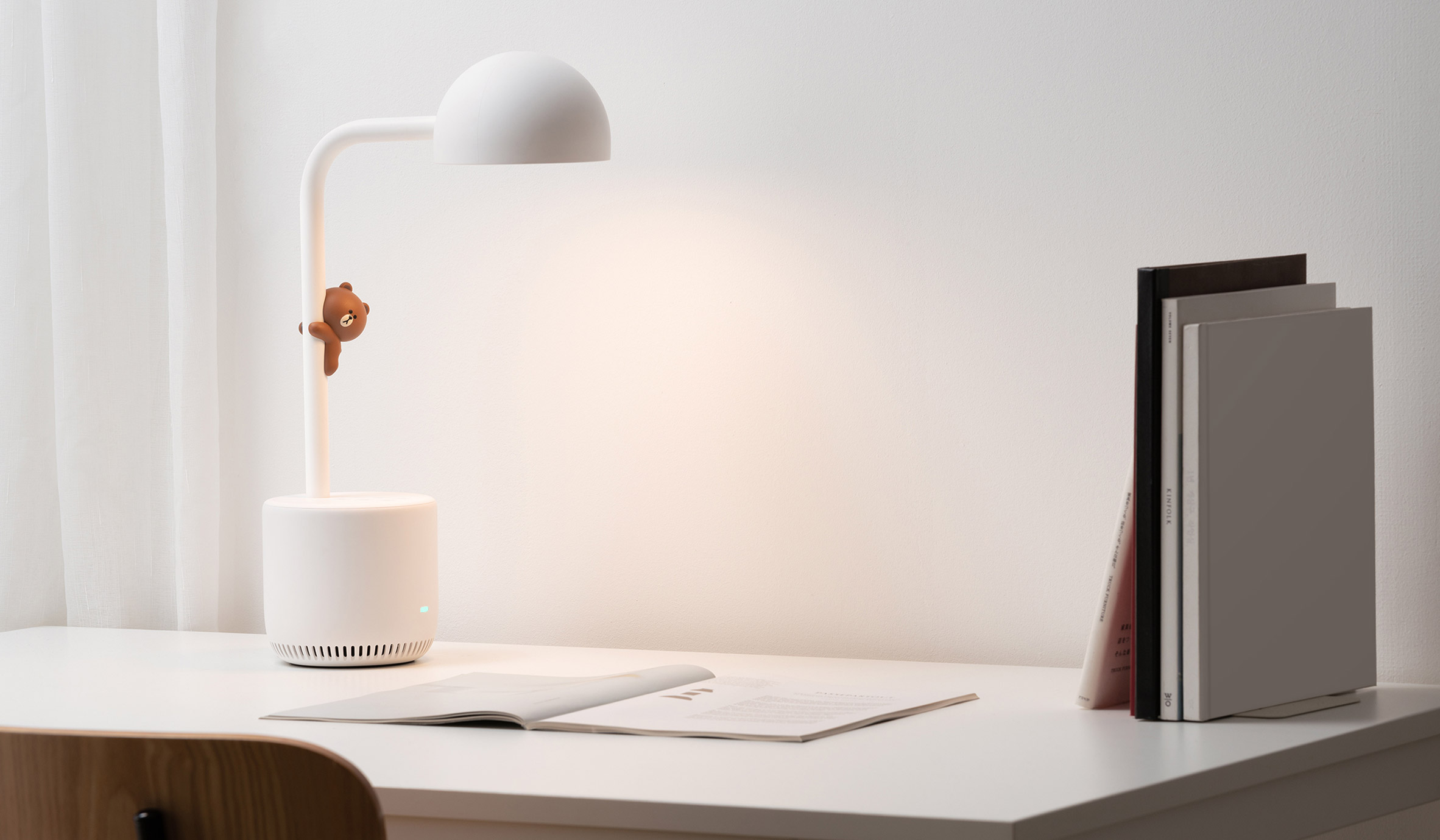 In this way, the product hopes to replace smartphones as the go-to method of independent entertainment when parents are unable to play with their children.

“Kids need to hear books frequently to foster their thinking skills, concentration, imagination and creativity but not all parents can read books to their kids as much as they would like,” James Kim, the head of Clova’s design team, told Dezeen.

“The Clova lamp allows kids to hear their favourite books by themselves whenever they want, to help them develop an interest in reading.” 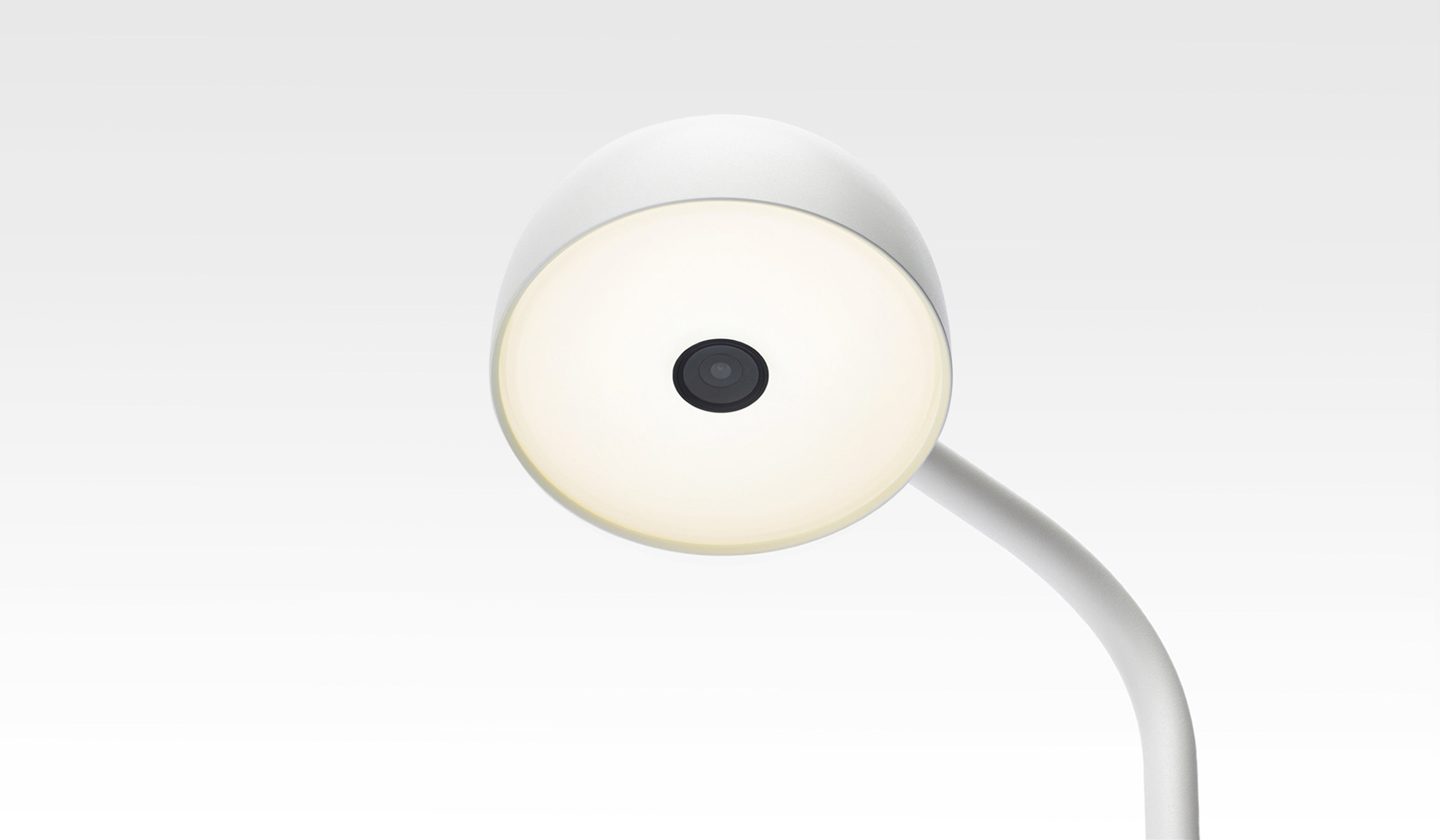 The product takes the form of a classic desk lamp, rendered in matte white, shock-resistant plastic, with a hemispherical head that is angled down towards the desk.

This holds a ring-shaped LED light with a small camera at its centre, which uses image recognition technology to decode illustrations and identifies written words using Optical Character Recognition (OCR).

After being analysed by the system’s cloud-based AI, the input from the camera is then converted into speech.

“Clova reads out books that are placed underneath it when the ‘read’ button is hit or a voice command is given,” said Kim.

“It speaks in a natural [Korean] voice, developed using voice synthesis technology to create a more engaging experience for listeners. It can also read English and Japanese books with a native-like, human-sounding voice that can intrigue kids to self-study these languages.”

A list of completed books is stored by the device, rewarding kids with badges for different milestones while offering parents insight into their reading patterns and helping them to choose the right literature for their children. 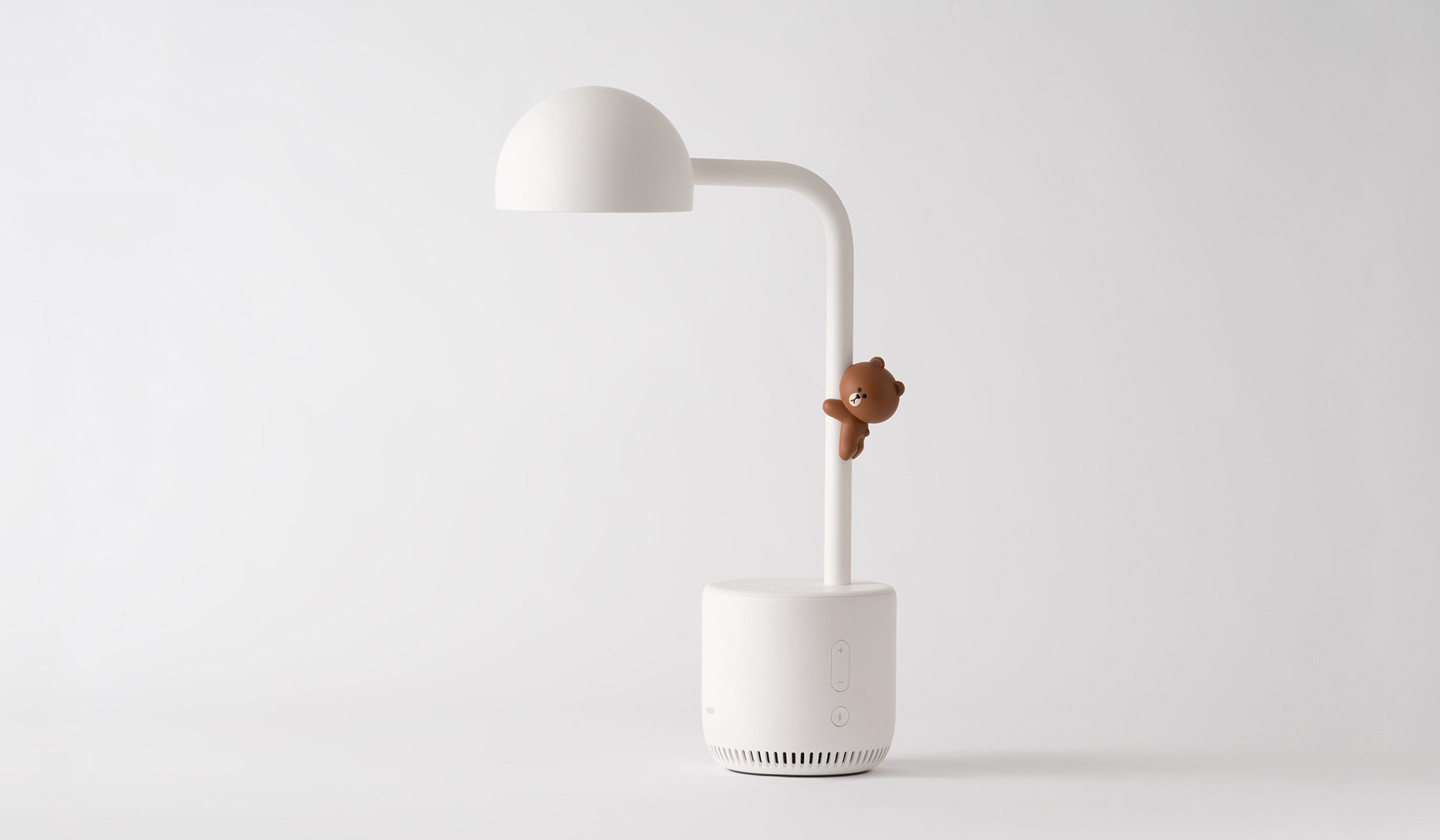 In its function as a lamp, Clova is able to sense the environmental factors that can influence the reading experience and provide a responsive light that is easy on the eyes.

“It automatically senses the brightness of the surroundings and picks one of five lighting levels to match,” said Kim.

“The colour temperature has four modes – reading, creativity, repair and sleep – which were designed based on a pool of data around different learning environments.”

As the South Korean equivalent to Google, Naver Corp runs the country’s most used search engine, Naver. Since its founding in 1999, the company has largely focused on online services, with its subsidiary also operating the popular instant messaging app Line, which has 200 million users predominantly across Japan, Taiwan and parts of Southeast Asia.

In recent years, however, the business has invested heavily into research and development around AI, robotics and mobility. Naver made its debut at the Consumer Electronics Show last year with 13 different innovations including a robotic arm that can be remote-controlled using 5G. 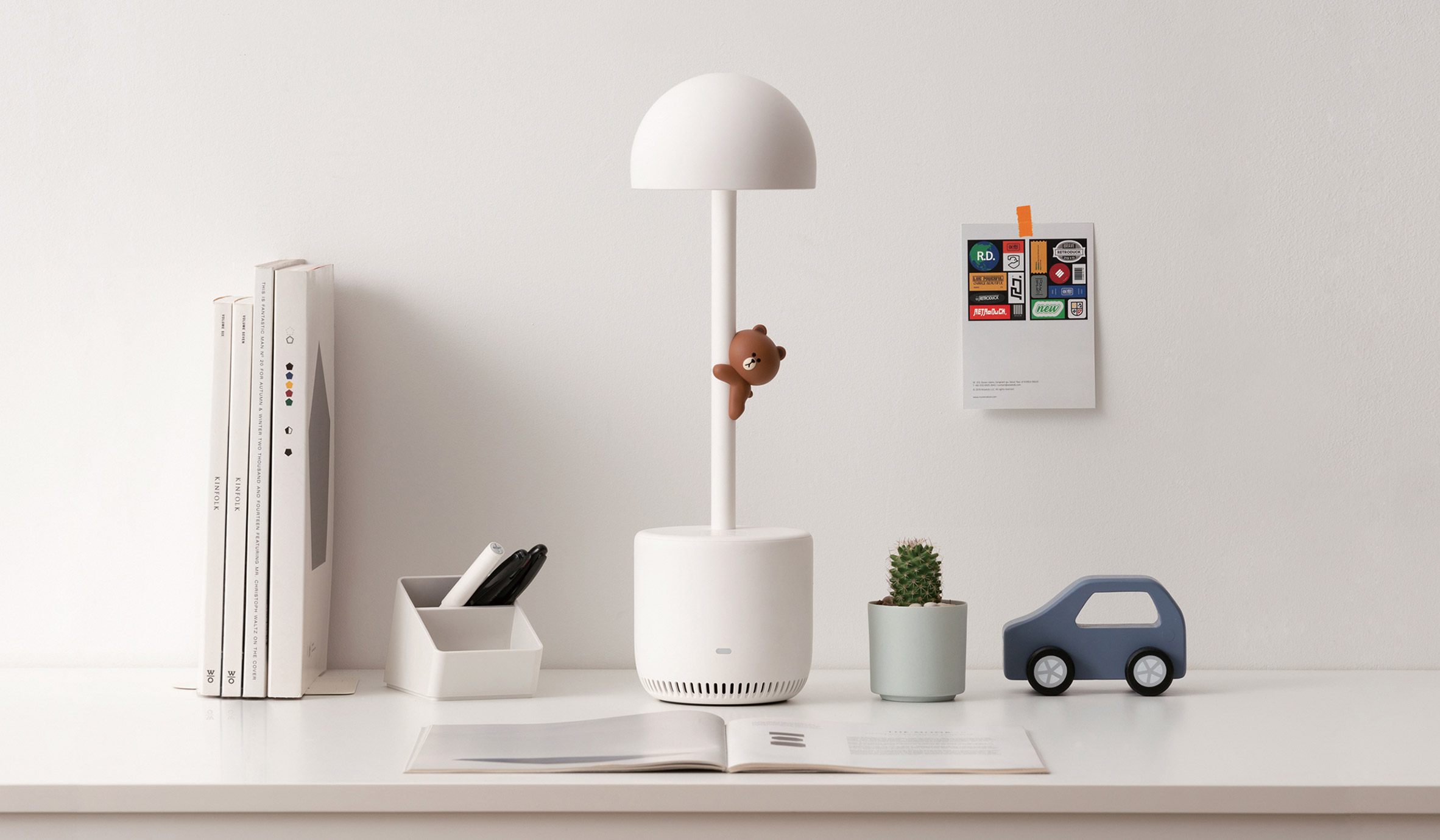 Elsewhere, a number of designers have turned their focus towards creating toys that help children foster a healthier relationship to technology.

Matthieu Muller developed a series of cardboard attachments, which can be used in tandem with a smartphone to turn it into a toy car or spaceship, while Pentagram collaborated with tech startup Yoto to create an interactive audio player that does not rely on a screen.

The post Clova is an AI-powered lamp that reads books to children appeared first on Dezeen.