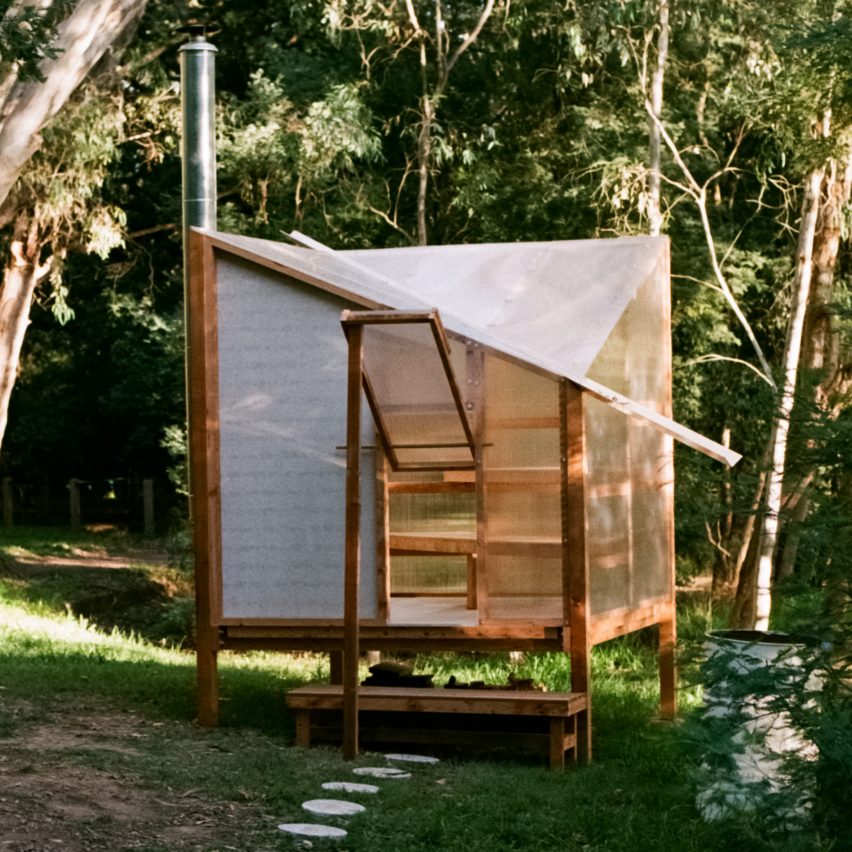 Australian art and architecture collective Studio Rain has installed a temporary sauna next to Melbourne’s Yarra River, which is prefabricated and off-grid so that it can be built, disassembled and reused without the use of heavy machinery.

The installation, called Atmosphere: A Revival, features a lightweight structure made of reclaimed timber, which arrives flat-packed together with the polycarbonate cladding that covers the walls and ceiling. It is heated by a wood-burning stove so that is remains off grid. 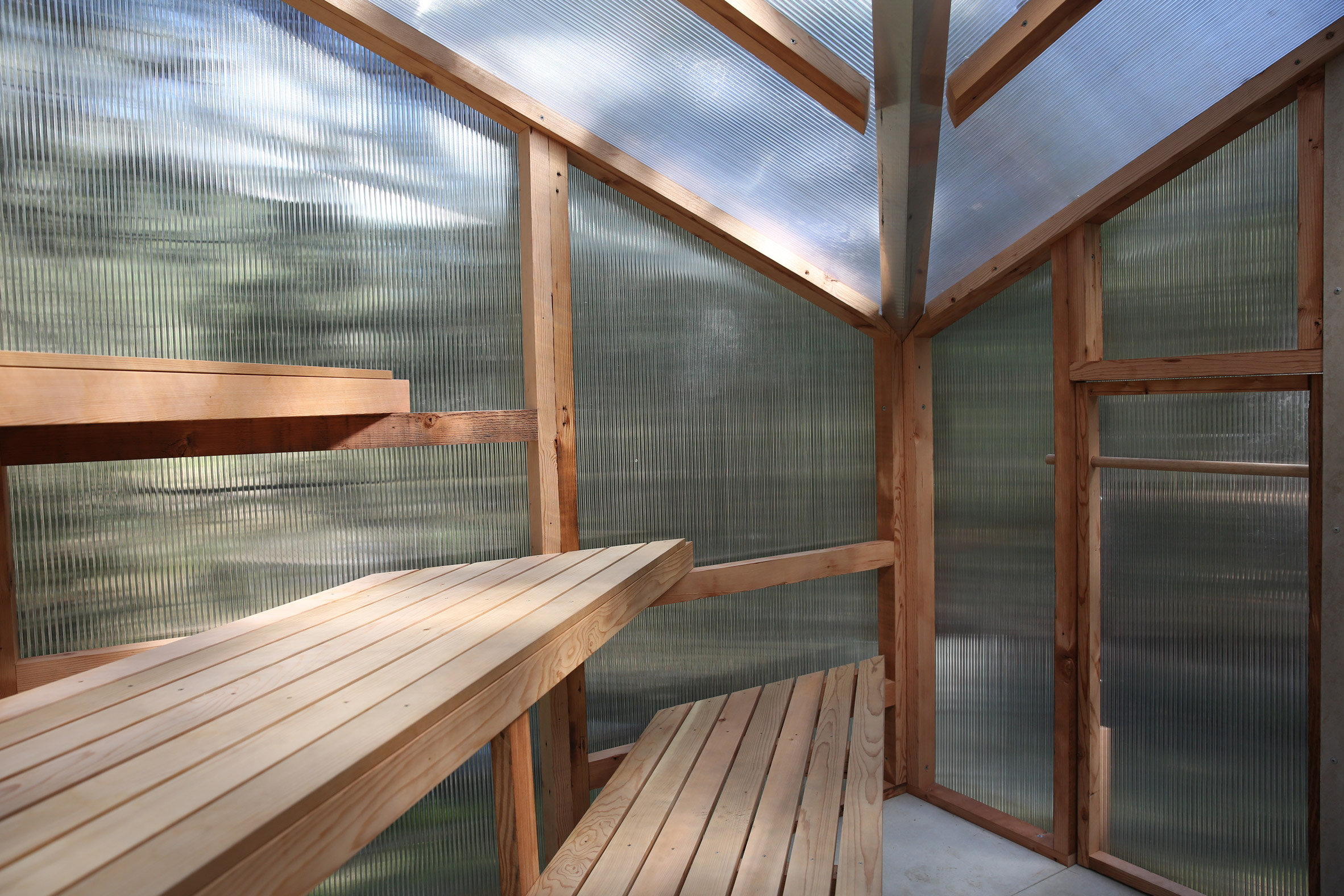 “The beauty of the off-grid sauna is that it can be immersed in a natural environment, where access to electricity and gas can be limited, and relocated easily without the need for a plumber or electrician,” said Alice Nivison, one of the four co-founders of the Sydney-based studio.

“The sauna uses a wood-fired stove as its heat source, allowing the structure to function even in remote or difficult to access sites.” 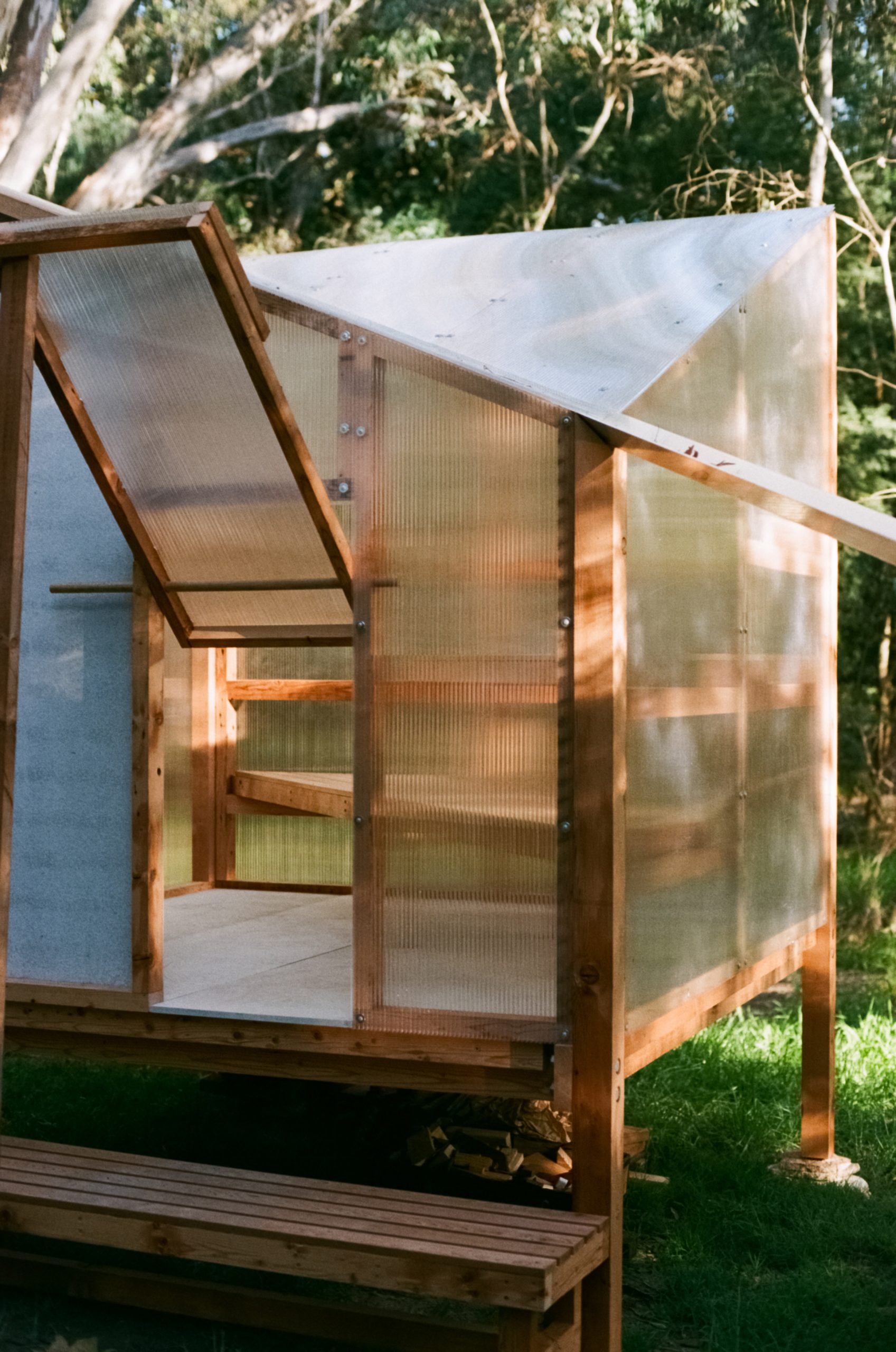 The sauna is raised above the ground using four wooden stilts in order to minimise its impact on the surrounding environment.

While three reach the same height, one is slightly lower to create a slanted roof topped with a long, metal chute for rainwater harvesting.

Users can access the elevated sauna via a bench that doubles up as a step and leads up to a flap door. This falls shut automatically, in order to conserve as much heat as possible.

The wooden structural elements were sourced from a local timber yard and reclaimed from the rafters and bearers of demolished buildings. 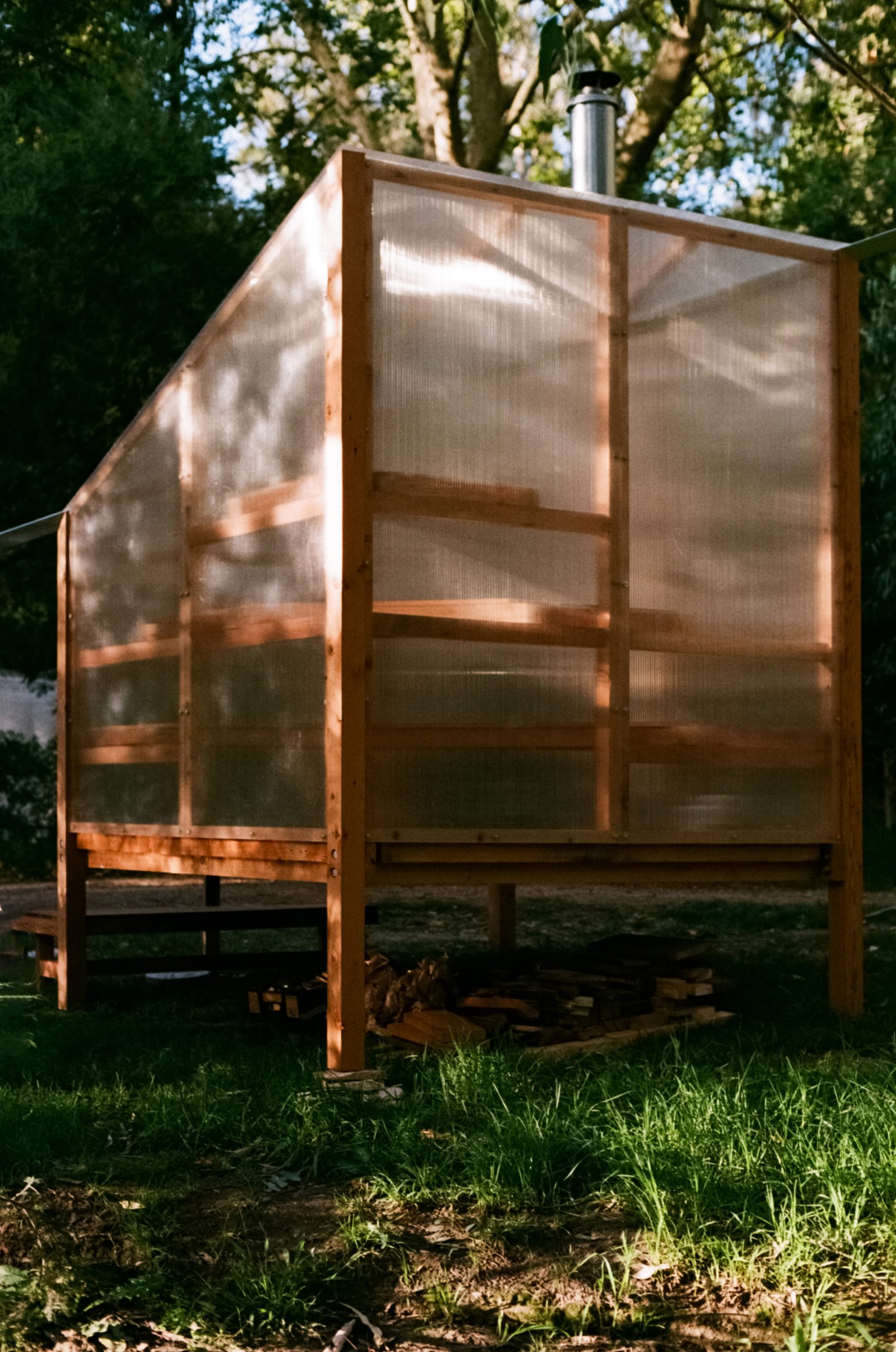 “The timber is cut to size and dressed in our workshop to bring out its original pink colouring, however it retains the old bolt and nails holes from its previous life,” said Nivison.

Any offcuts from this construction process are once again reused to act as firewood for the sauna in order to minimise waste. 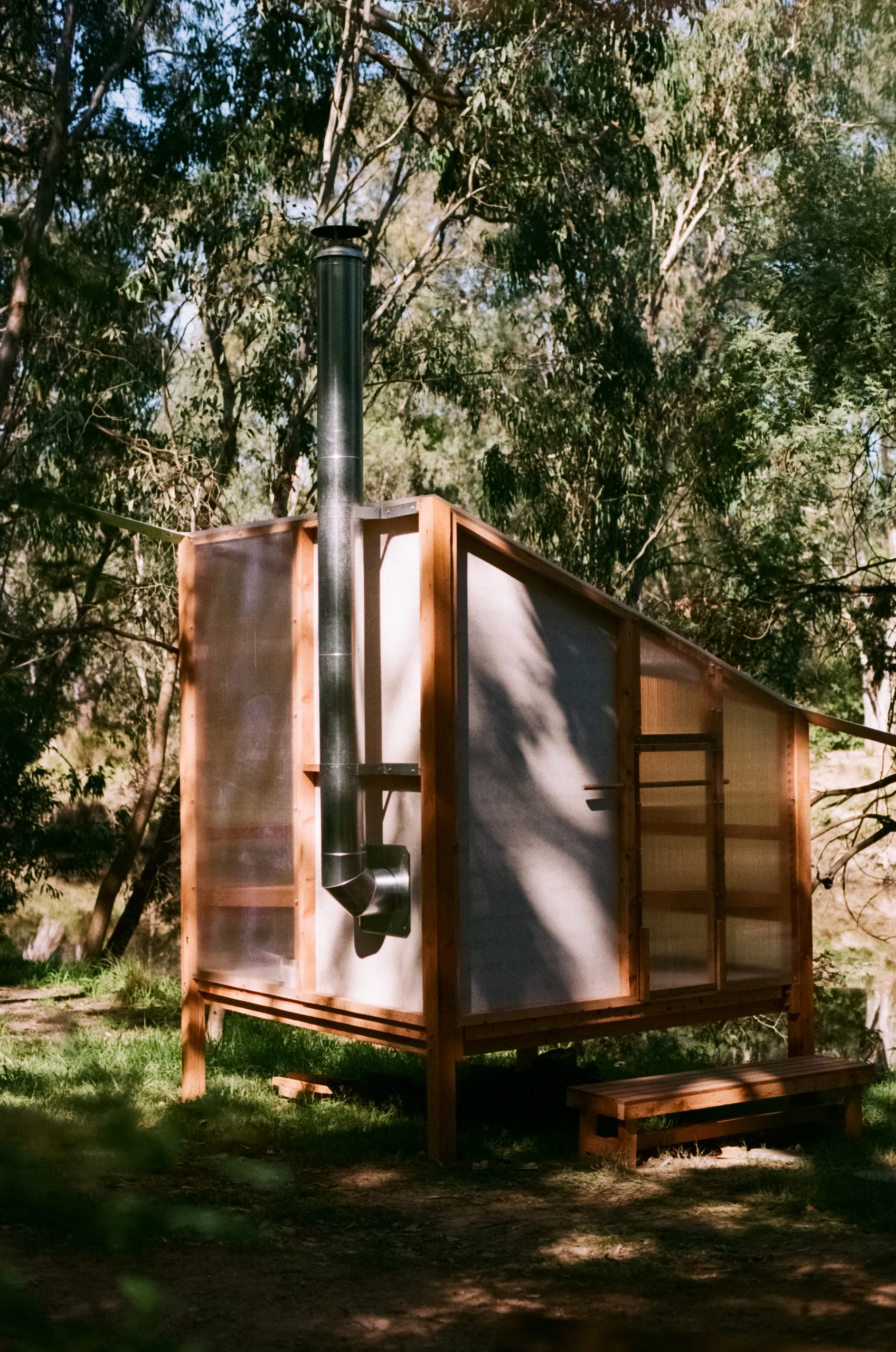 Fire-proof fibre cement was used to form the floorboards, as well as the two wall panels surrounding the oven, standing in stark contrast to the translucent walls and ceiling.

“The polycarbonate lets in the natural light and allows the surrounding environment to softly filter into the interior space,” said Rachel Mackay, another of Studio Rain’s co-founders.

“We wanted visitors to feel completely immersed in their surroundings, while still feeling protected and censored from passersby. When the sun is out, the material also allows for a natural intensification of the temperature in the space.” 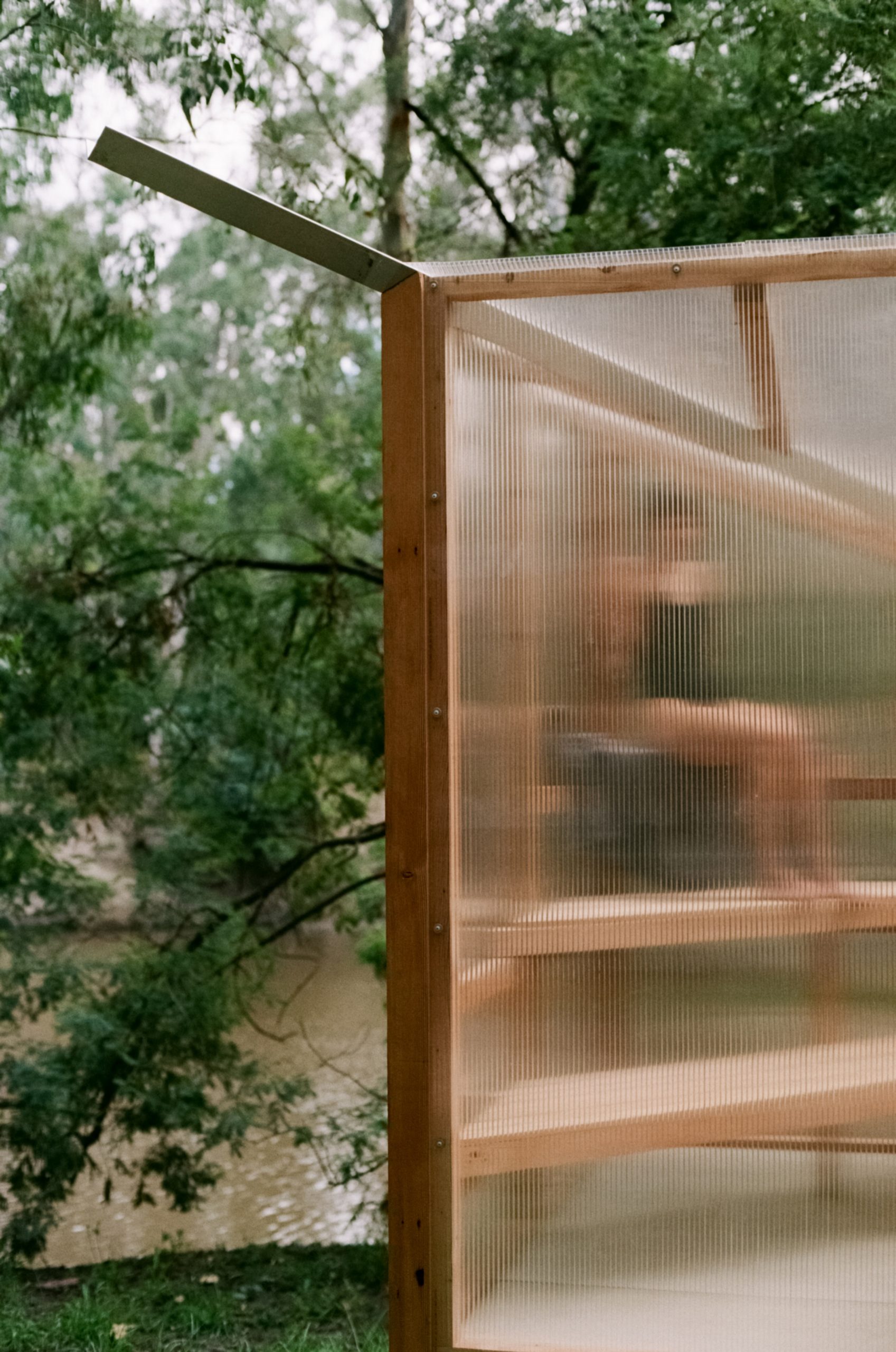 By visually blurring these boundaries between public and private, the sauna’s design also nods to bathing culture at large, which Mackay says is able to create invaluable spaces for both introspection and community in places like Japan and Scandinavia.

“In a sauna, phones and other distractions must be left behind and the focus is turned inward – to the self and to the intimate connections and conversations with those with whom you share the space,” she said.

“The heat itself also acts as an ‘icebreaker’ between strangers and creates an intense sensory experience within the space. We believe that in an increasingly digital society, such socially-oriented public spaces are more needed than ever before.” 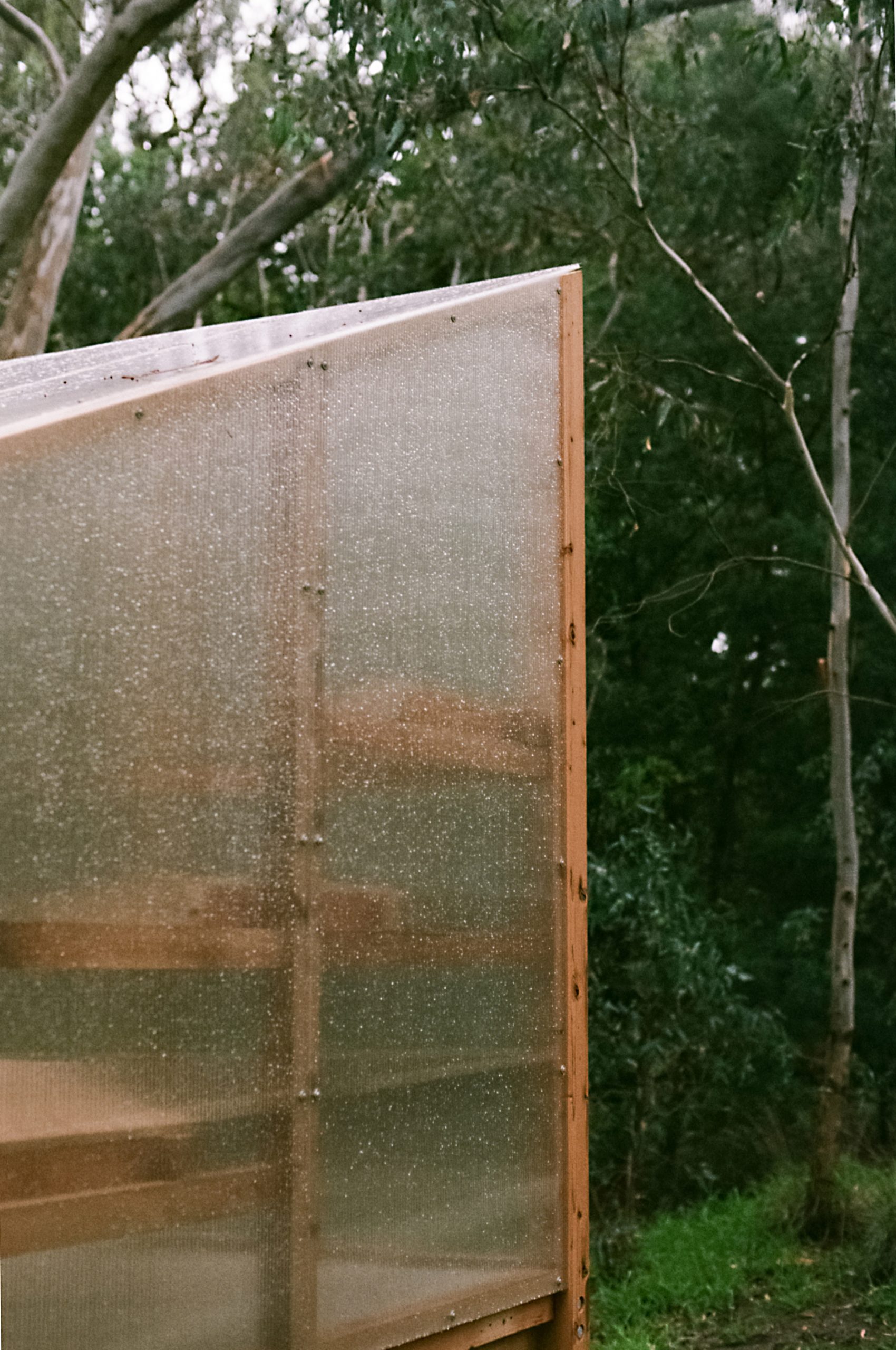 In a bid to revive this bathing culture in Australia, the installation was set up next to the Yarra River, which used to be a popular swimming destination from the 1920s to the 1960s.

As the river’s water is not currently swimmable, the studio set up a bucket shower on a refurbished diving board that juts out onto the river, where users can cool off using the rainwater collected from the sauna’s roof.

The project was originally set up as part of this year’s Melbourne Design Week, which took place 12-20 March 2020, but Studio Rain hopes to turn it into a travelling installation around the country. 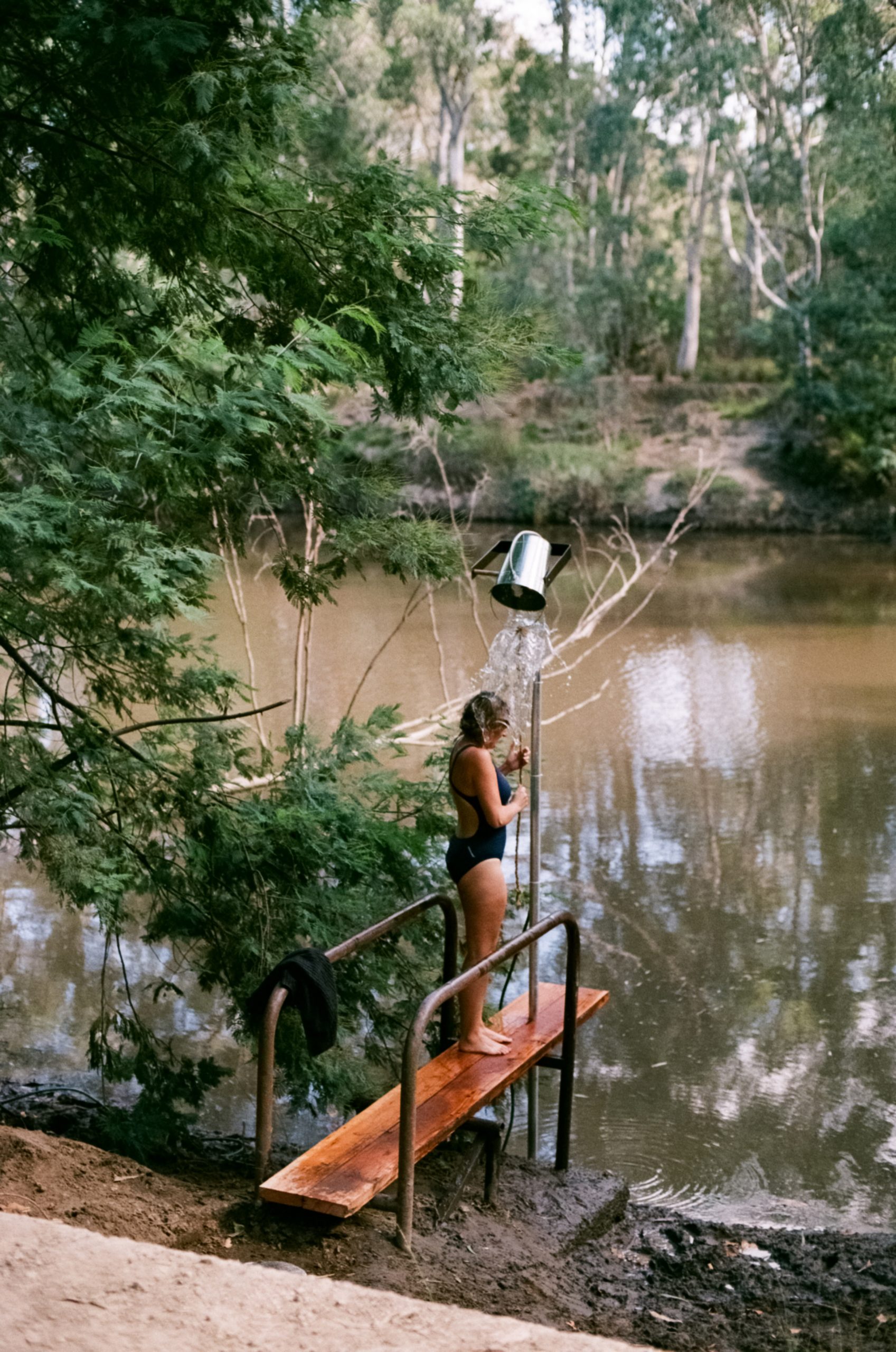 Other sauna designs include a charred timber sauna that Small Architecture Workshop created to float on a Swedish lake and a cavernous cedar sauna that Canadian studio Partisans nestled into the shores of Lake Huron.

Photography is by Rachel Mackay.