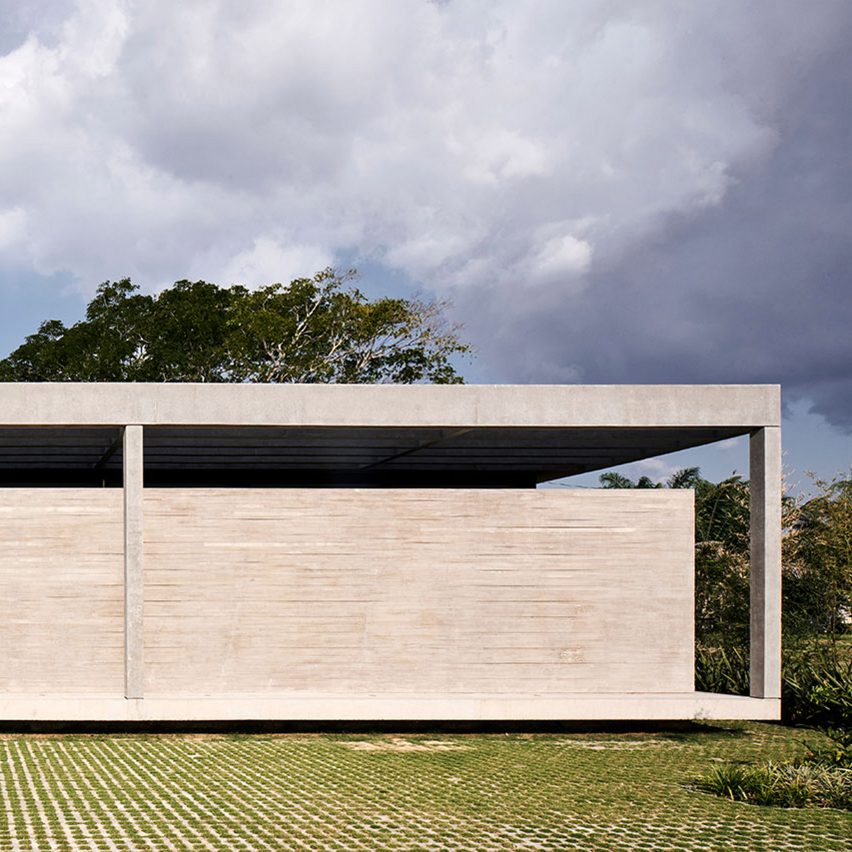 A slender, lush garden is hidden behind the walls of this long concrete house in Santa Cruz, Bolivia, designed by local firm Sommet.

The architectural design studio completed Casa 54 in a gated community in the city with a simple form: a 54-metre-long (177-foot-long) one-storey volume.

It is constructed predominantly from concrete, including the elevated platform, roof and rectangular columns that run around the perimeter.

“In this house, we tried to use long-lasting natural materials that reveal the construction method in the house’s aesthetics,” Sommet co-founder Sebastián Fernández de Córdova told Dezeen. 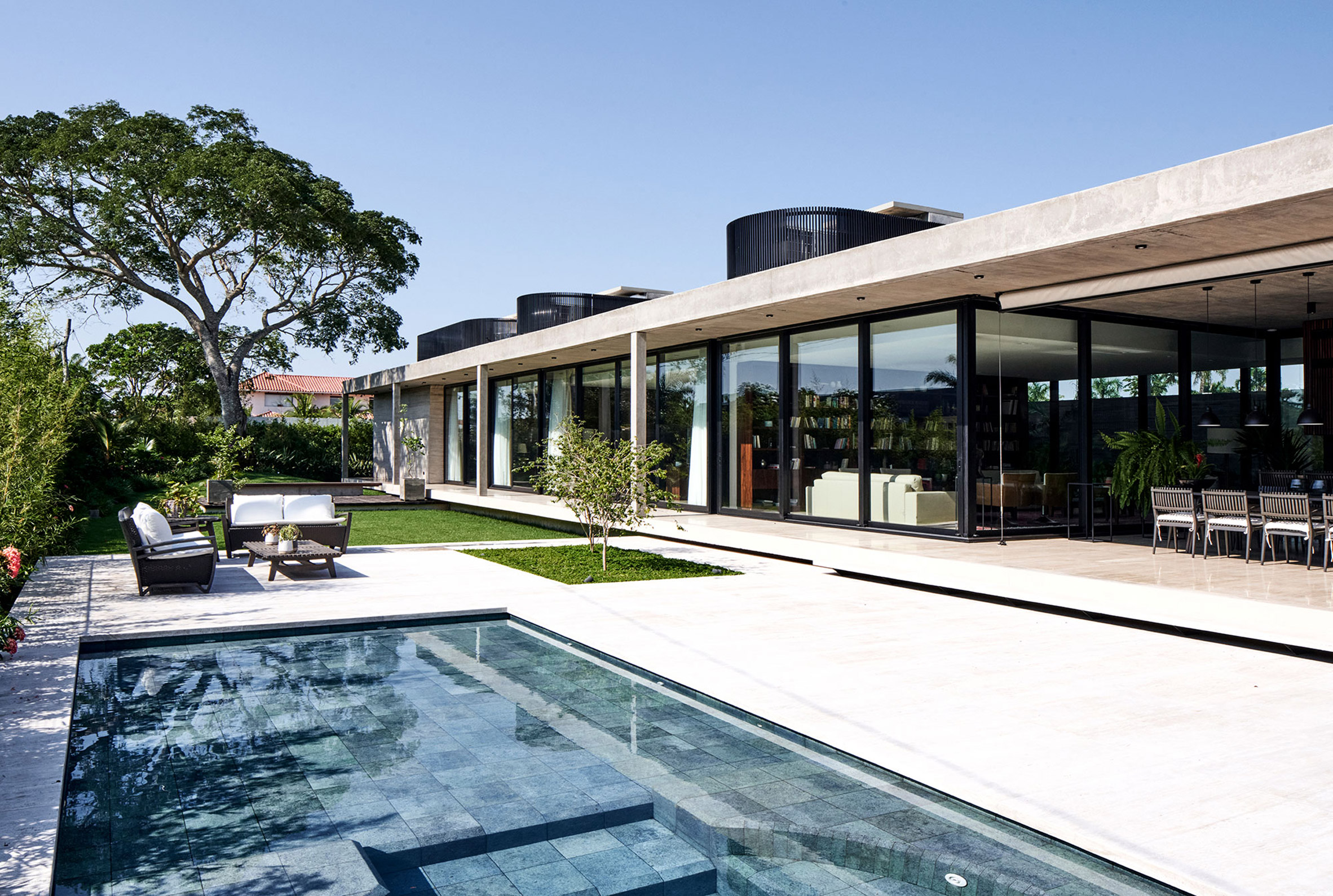 “Concrete is the main material of the house,” he added. “It is both the structure and the finishes. 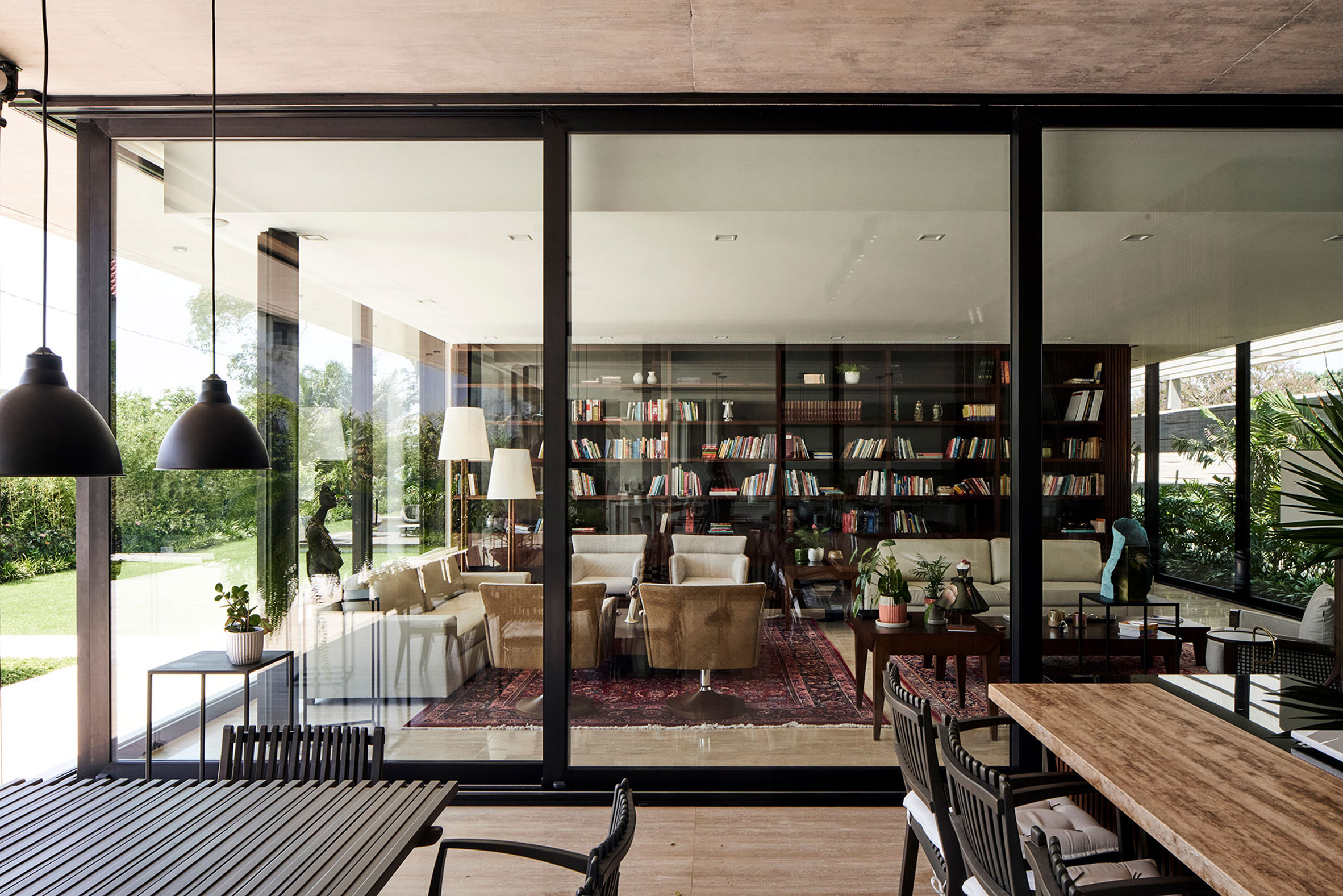 A concrete wall runs behind the columns at the front of the property to shield a long and slender interior garden behind.

The form of the columns is also mirrored by a concrete pergola that allows natural light into the green space. 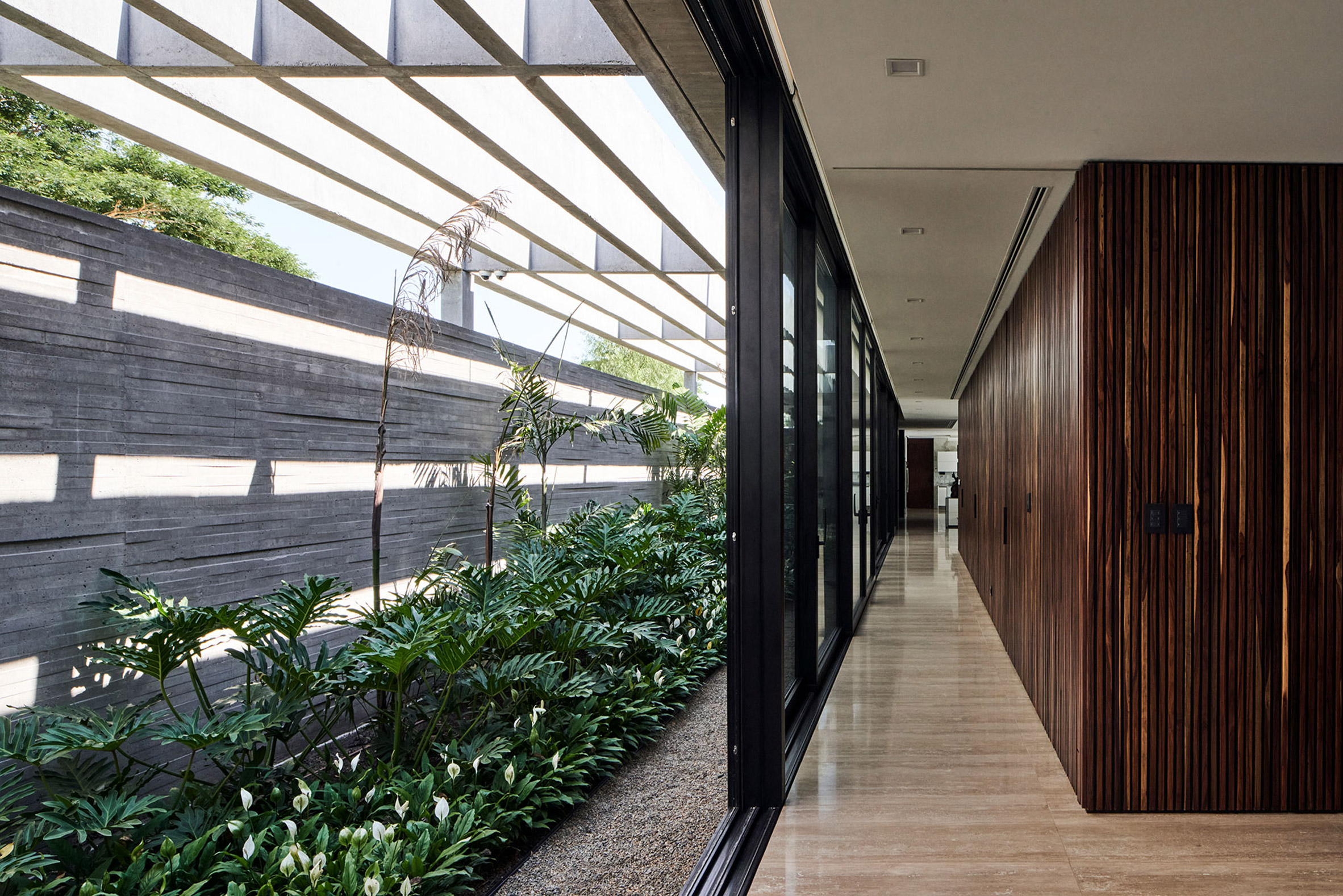 At the rear of the house, meanwhile, glazed walls are slightly indented to create a covered corridor that opens out to the back garden, where there is a pool and deck.

The rear glazing runs along the bedrooms, living room, and the kitchen and dining room. It also wraps behind an outdoor, covered dining area that is slotted in between the kitchen and the lounge. 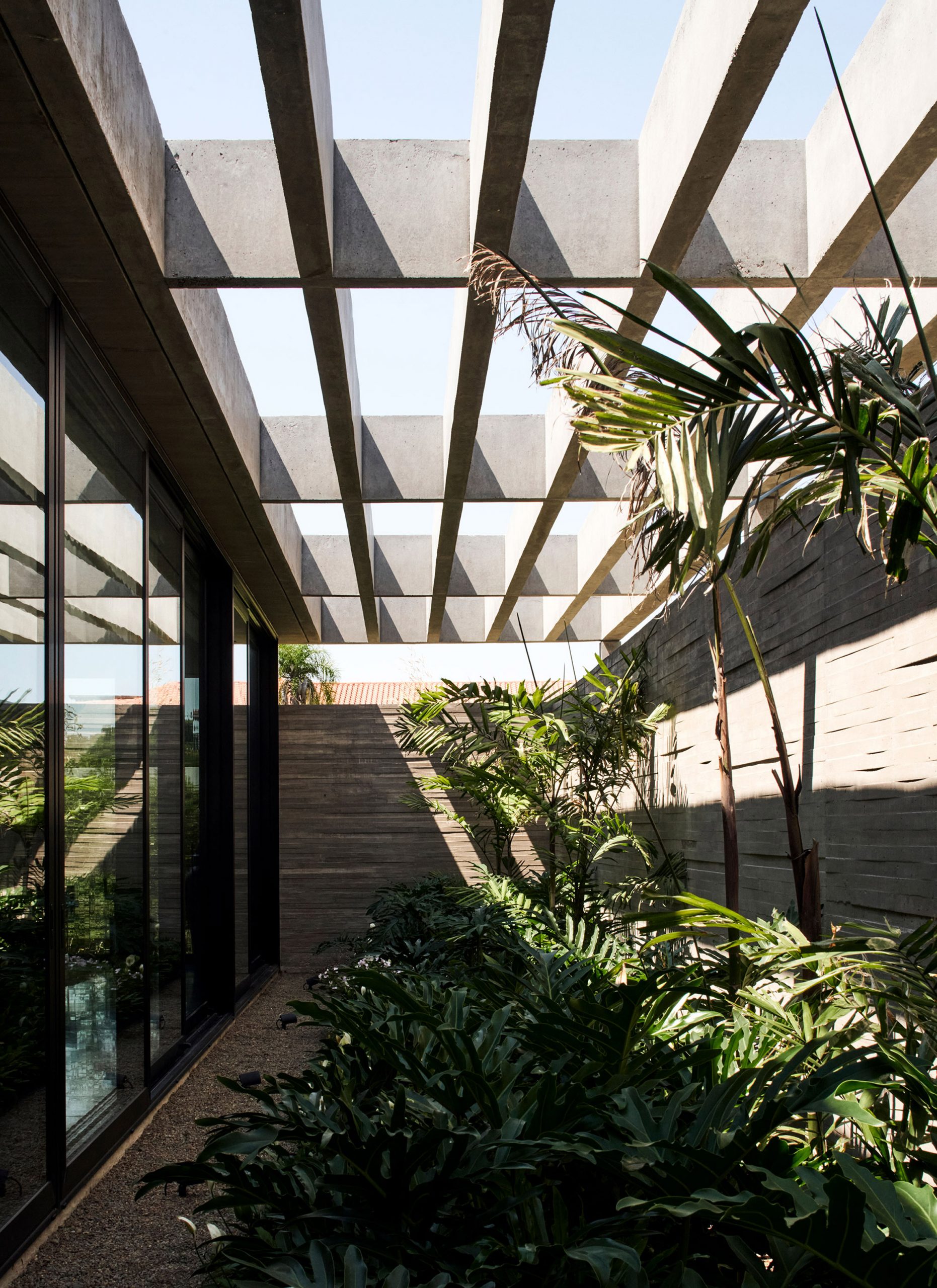 “We used floor to roof windows in order to blur the boundary between interior and exterior spaces,” Fernández de Córdova added.

“Being able to integrate the inside and the outside visually and physically was a key aspect on the design concept of the house.” 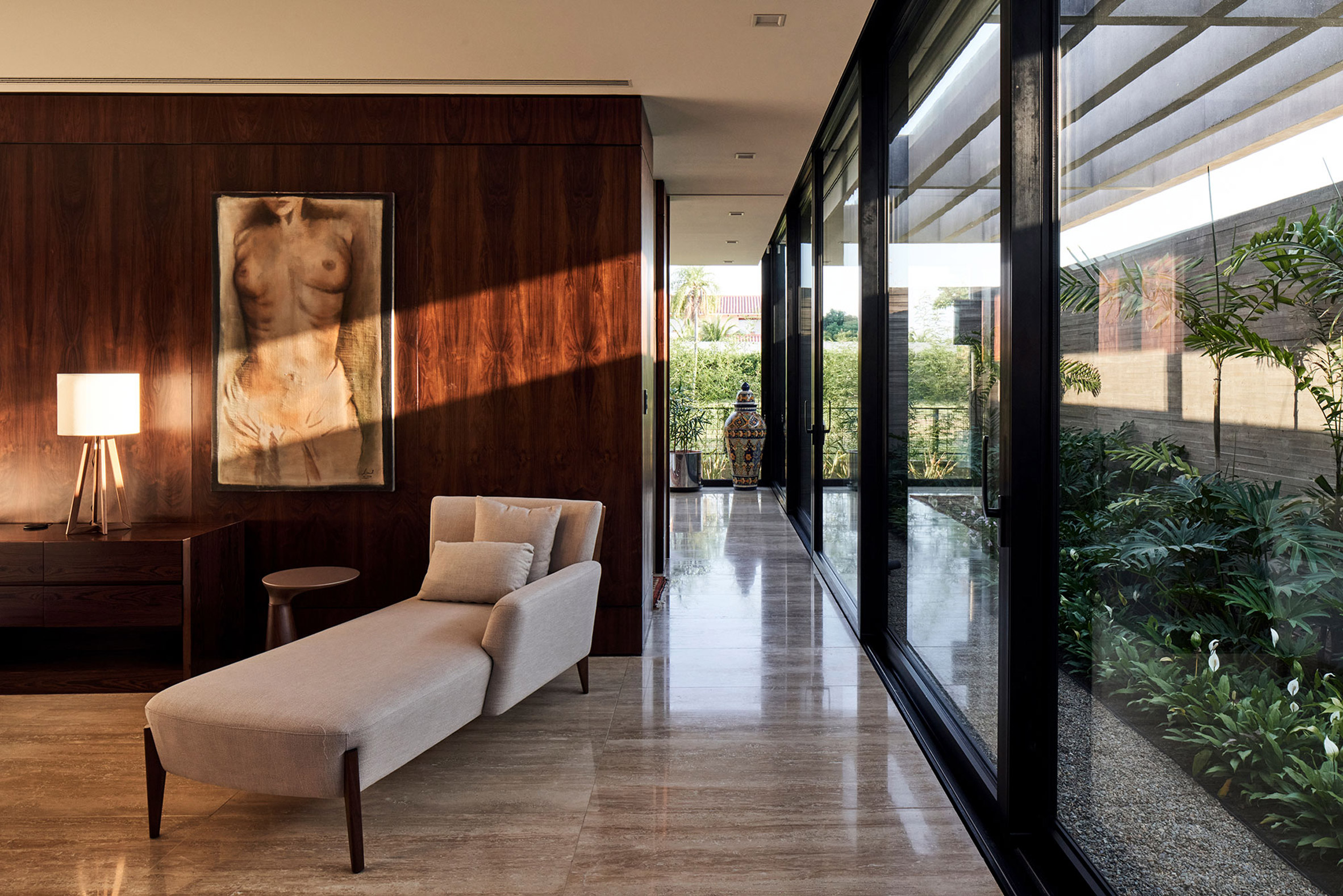 Inside, the studio chose a simple palette to complement the exposed concrete. Marble floors run throughout while warmth is provided by dark wood that forms a bookshelf in the lounge, slatted walls in the bedrooms and a wall along the garden. 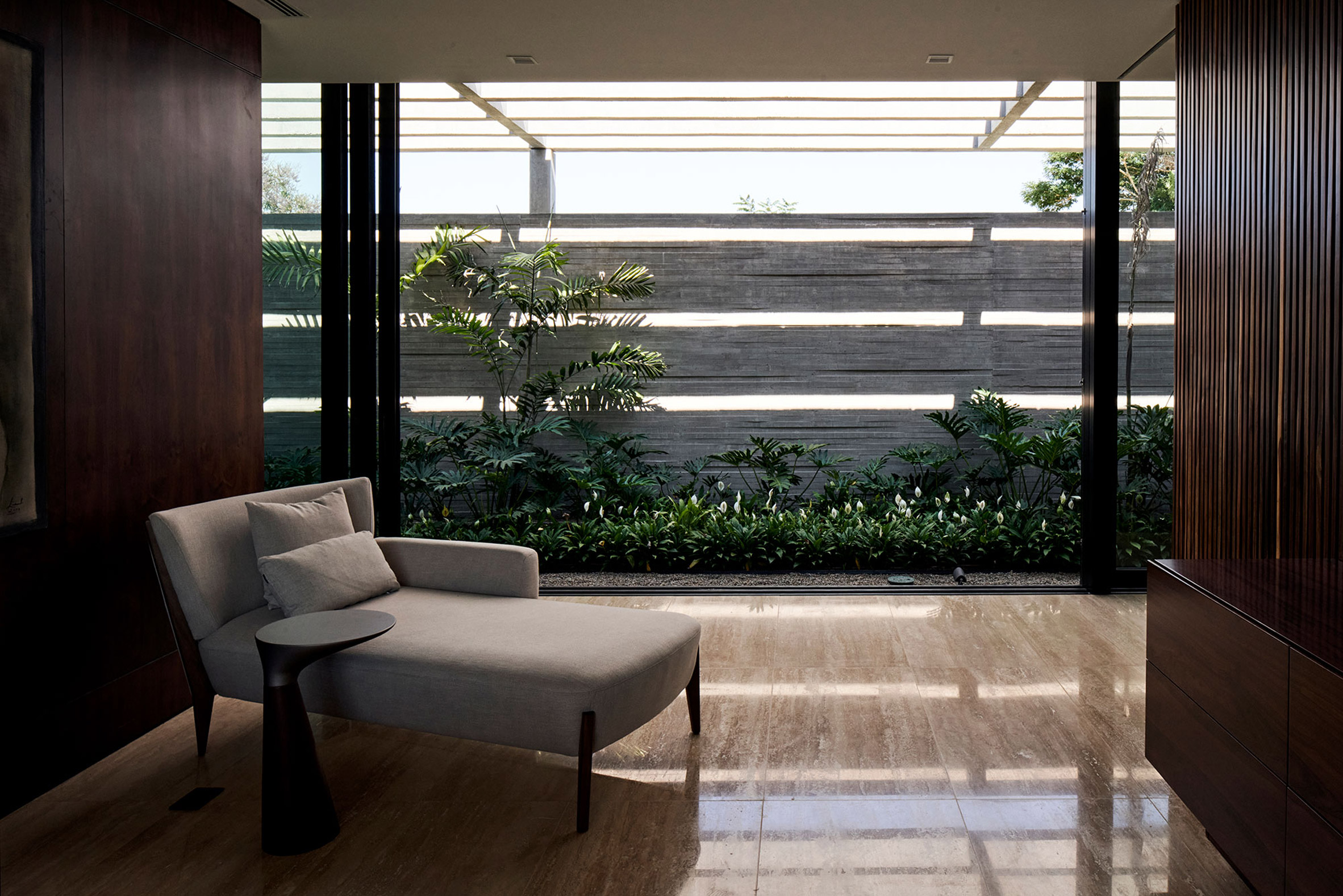 “It not only gives a warmer atmosphere, but also casts the shades created by the concrete pergola,” he added.

Other recently completed concrete houses include a residence just outside of Buenos Aires that contrasts the material with charred wood and a weekend retreat in Chile with a wavy concrete roof.

Photography is by Cristóbal Palma.