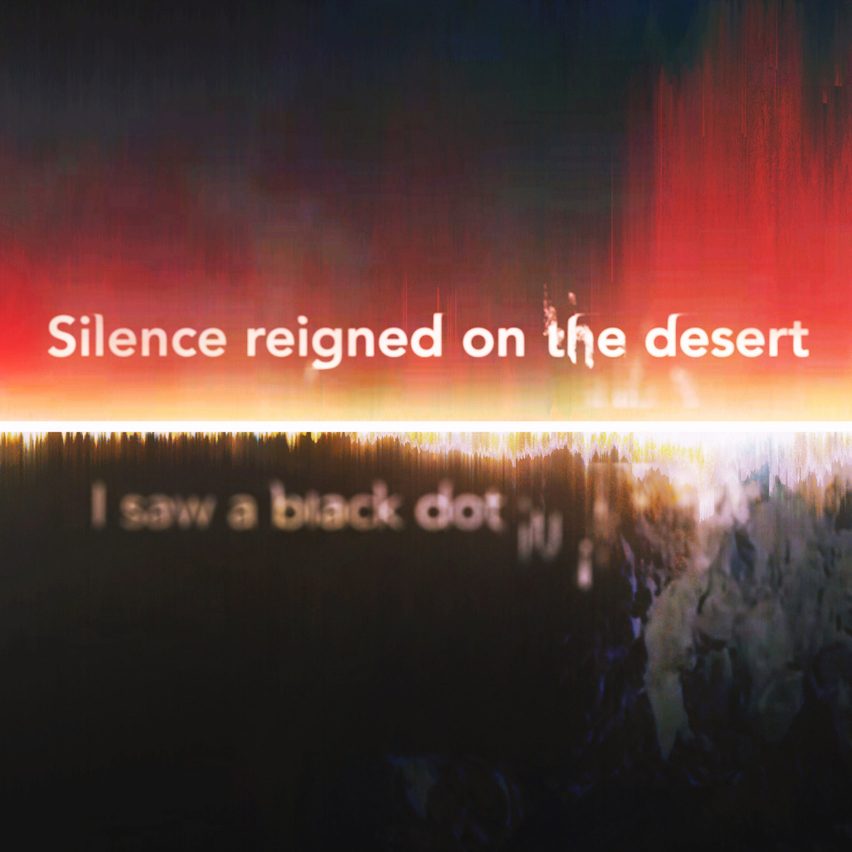 British set designer Es Devlin has created a digital artwork titled I Saw The World End to mark 75 years since the dropping of the atomic bomb over the Japanese cities of Hiroshima and Nagasaki.

Created with design associate Machiko Weston, Devlin’s I Saw The World End display was commissioned by the Imperial War Museum (IWM). It launched on 6 August, 75 years after nuclear weapons were detonated over Hiroshima and Nagasaki on 6 and 9 August 1945 respectively.

The digital artwork takes the form of a “collective reading” – a series of audio compilations collected from both British and Japanese sources sharing thoughts and accounts on the events. Dropped over the two Japanese cities by the US, the uranium bombs were responsible for the direct killings of over 100,000 people.

Approximately one week after the second bomb was dropped on Nagasaki, Japan surrendered, bringing an end to World War Two.

As Devlin and Machiko explain, half of the text is spoken in English and traces the origins of the atomic bomb in both fiction, with excerpts from English writer HG Wells, and science, with passages from Hungarian-American physicist Leo Szilard.

Extracts are also shared from leaders of The Manhattan Project – the American-led research and development team that was responsible for the first functional nuclear weapon during the second world war. 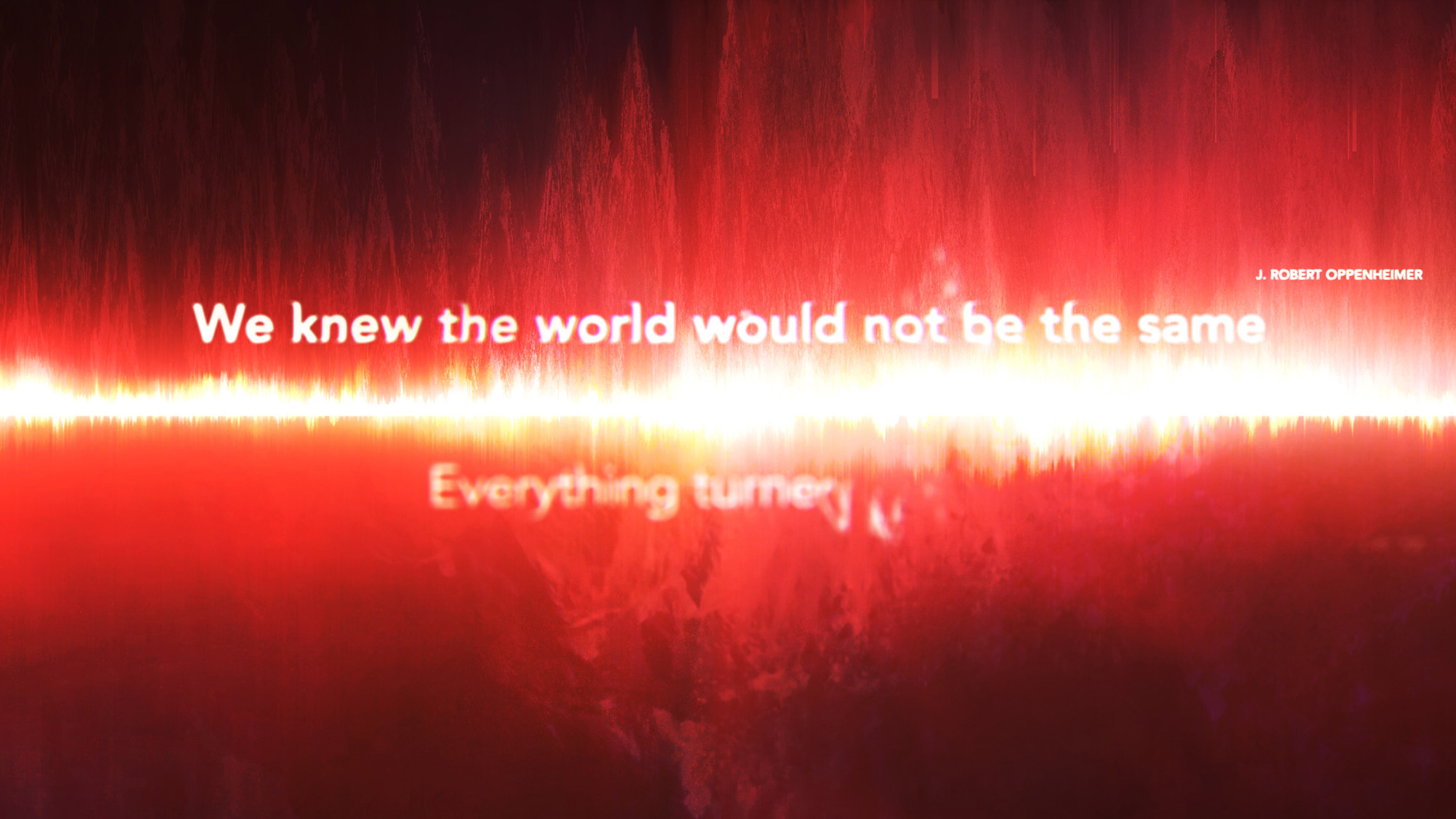 The other half of the text is read in Japanese, and simultaneously translated into English, sharing personal accounts of the two bombings as they took place.

Statements such as “My surroundings turned blindingly white” are shown across the screen on either side of a pulsating line of light that gradually changes from white to red as the video progresses.

The accompanying voiceover reads the comments aloud, describing the explosions as “A source of power so potent that a man might carry in his hand the energy to light a city for a year”. 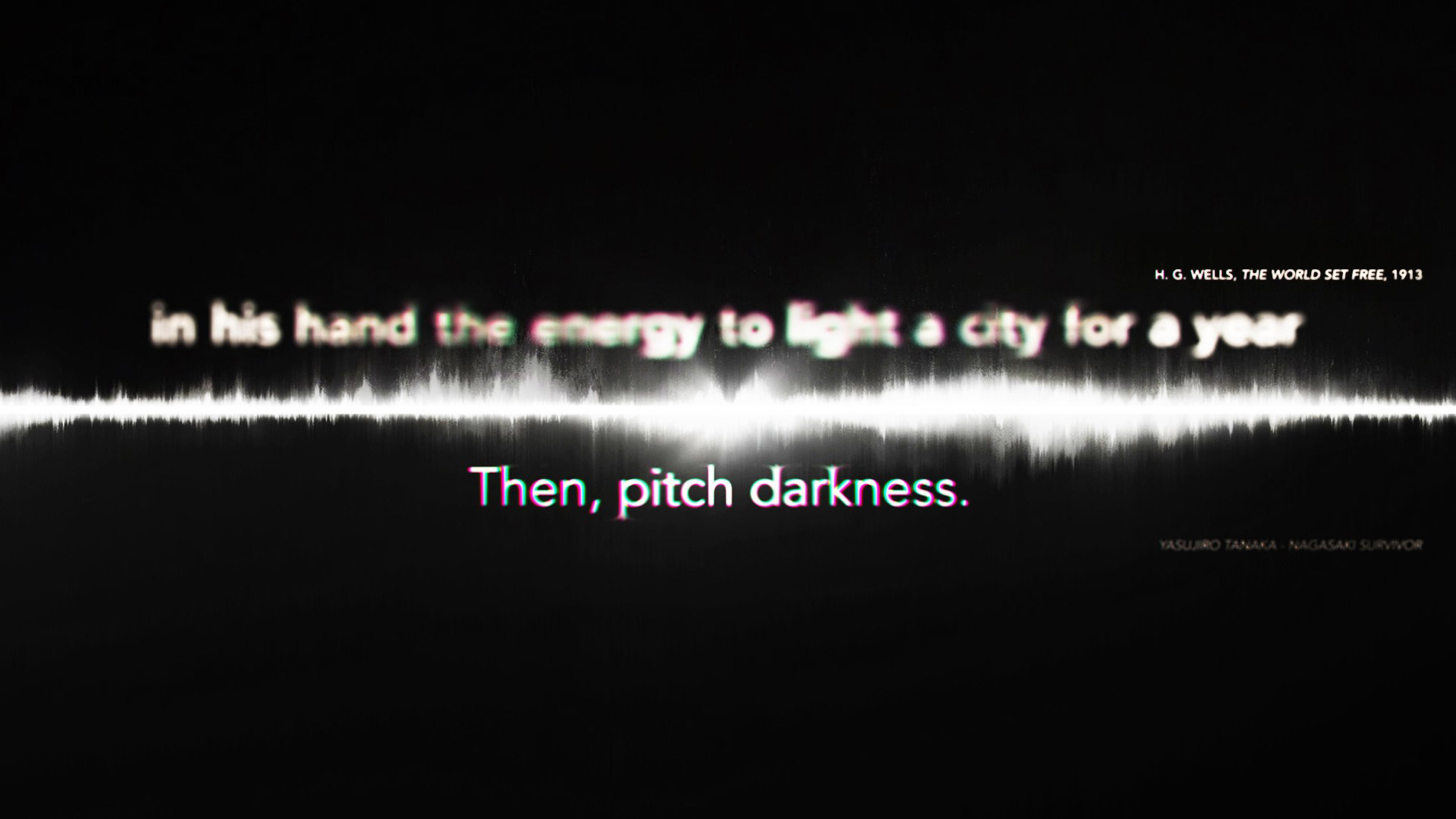 “We have been sharing a studio for over 12 years, often exploring fictional apocalypses in drama and opera, but this is the first time we have jointly explored the impact of the Hiroshima and Nagasaki bombings on our respective cultures,” said Devlin and Weston.

“Locked down in separate studios during the pandemic, we researched and collated the text from a range of sources in English and Japanese.” 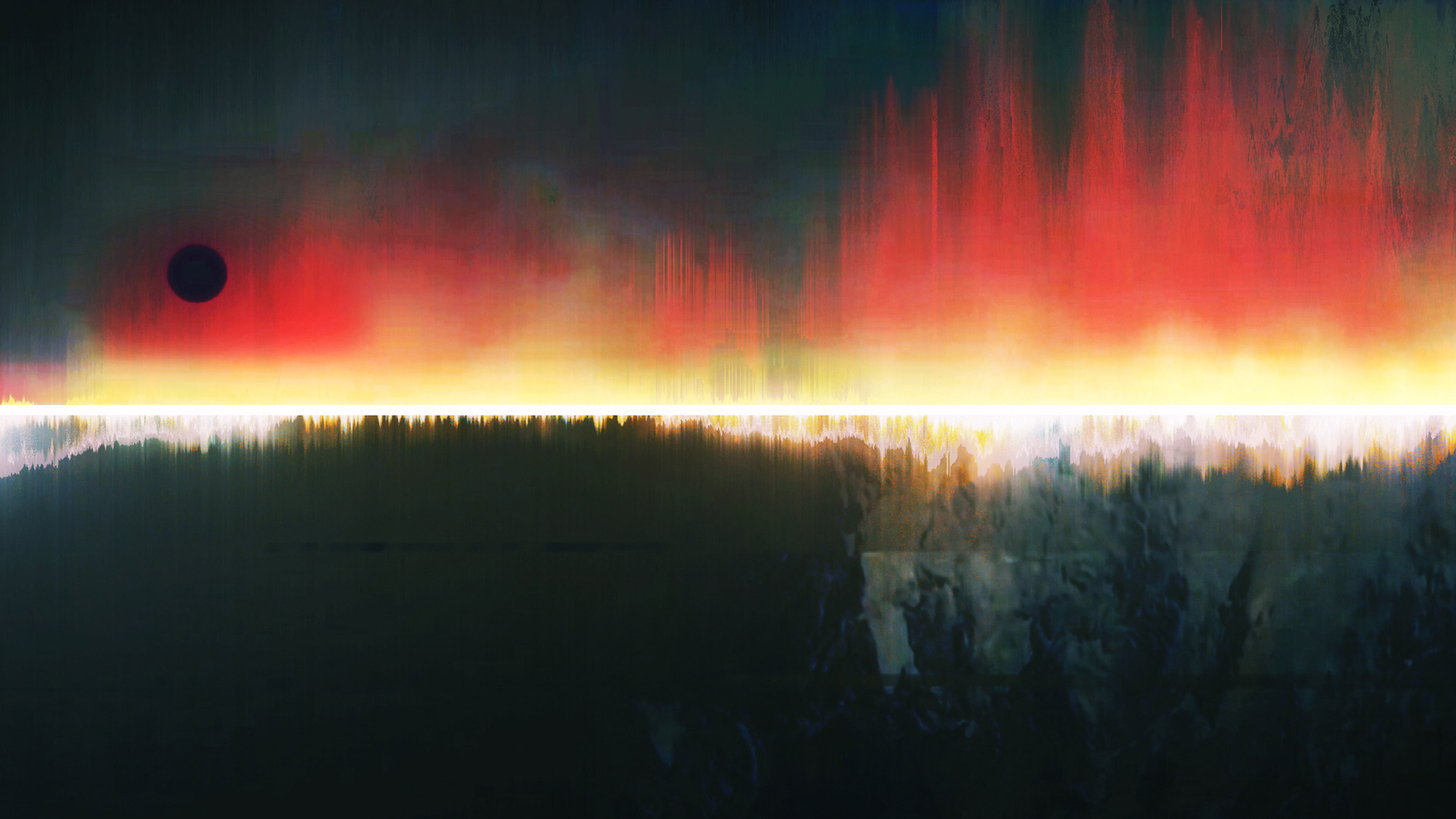 I Saw The World End was released on the IWM’s website and social media channels on 6 August 2020, and created as part of the museum’s wider digital programme commemorating the 75-year anniversary.

“IWM’s programme to mark 75 years since the end of the Second World War explores not only how the conflict came to an end but the new world that was born out of it,” explains Susie Thornberry, assistant director of public engagement and learning at IMW.

“Es and Machiko’s artwork, from the perspective of a British and a Japanese artist, creates a powerful impression of the devastation caused by these weapons, the threads which led to their existence, and their lasting cultural and social impact.” 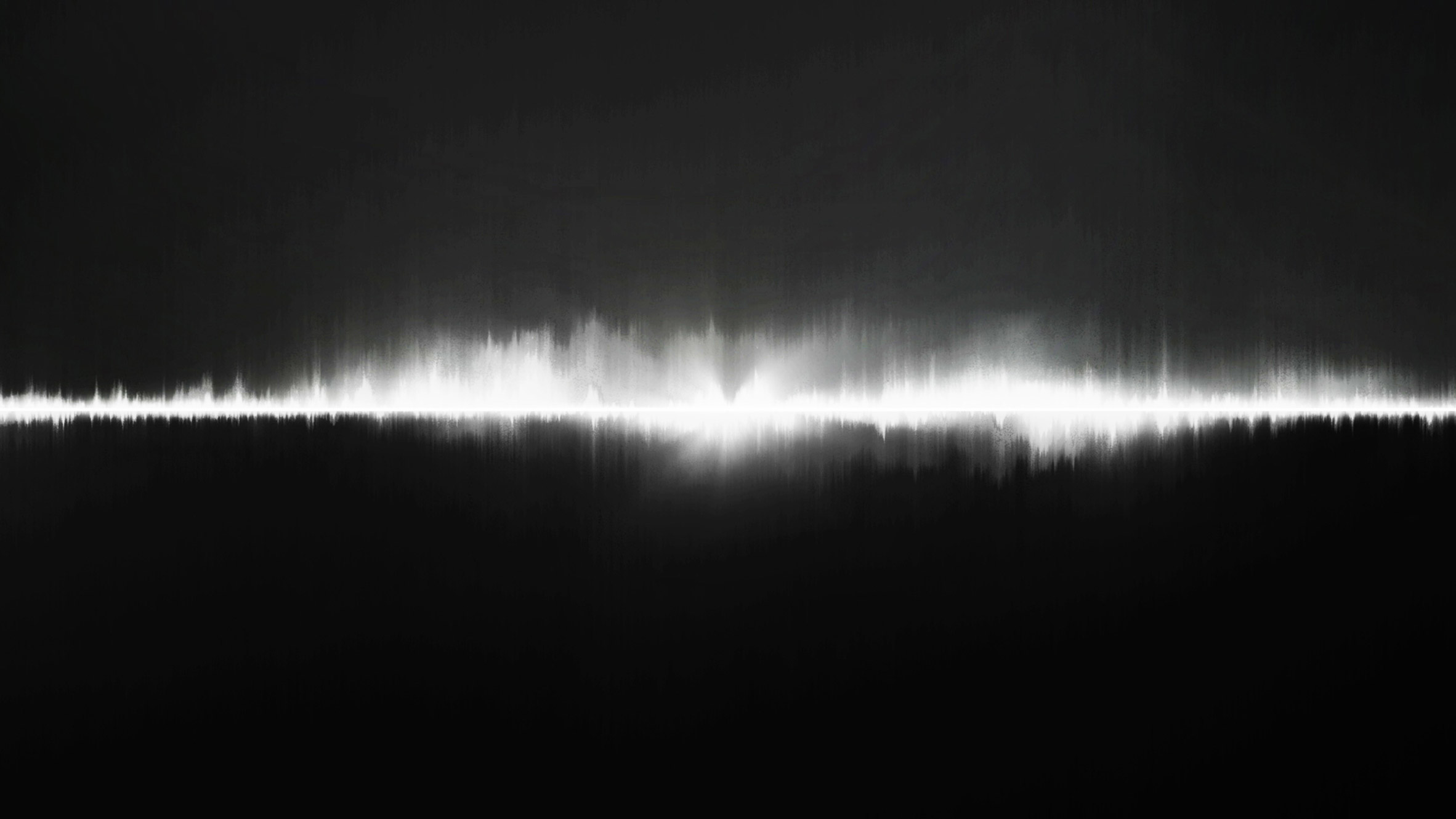 Devlin previously employed a similar “collective reading” style to her design for the UK Pavilion, which was due to be displayed at the Dubai Expo 2020 before the event was postponed to 2021 due to the coronavirus outbreak.

The performative structure, called Poem Pavilion, is comprised of rows of protruding slats that will feature an illuminated “message to space” made up of numerous AI-generated poems.