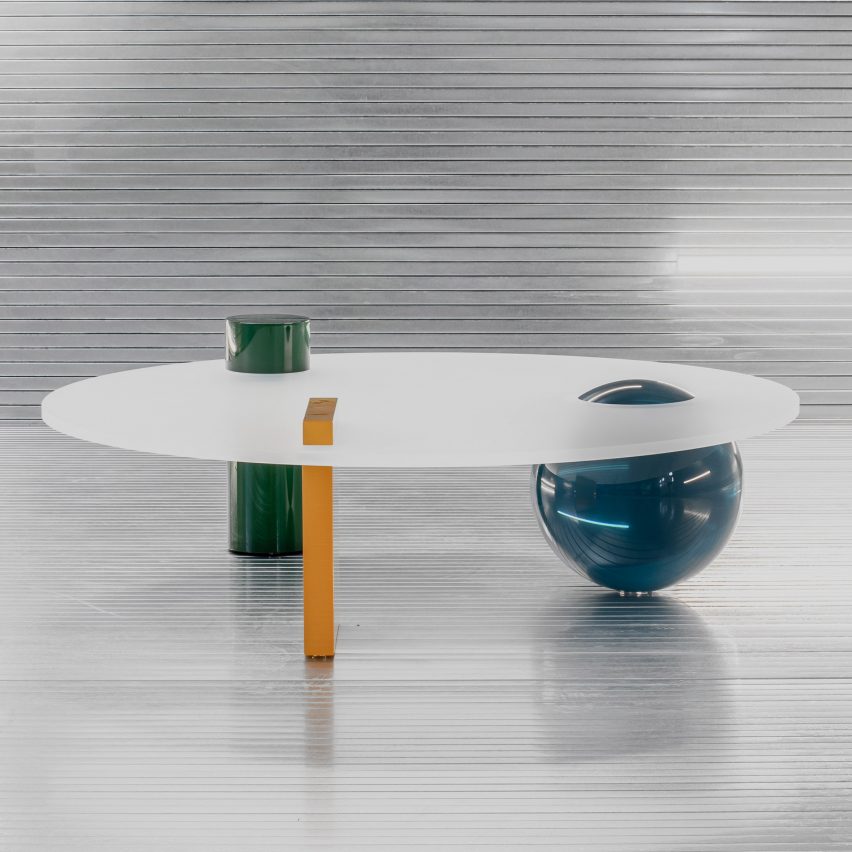 The Solids collection by Cobra Studios is made up of three tables and a standing lamp that are each named after significant buildings and figures in the Greco-Roman world. 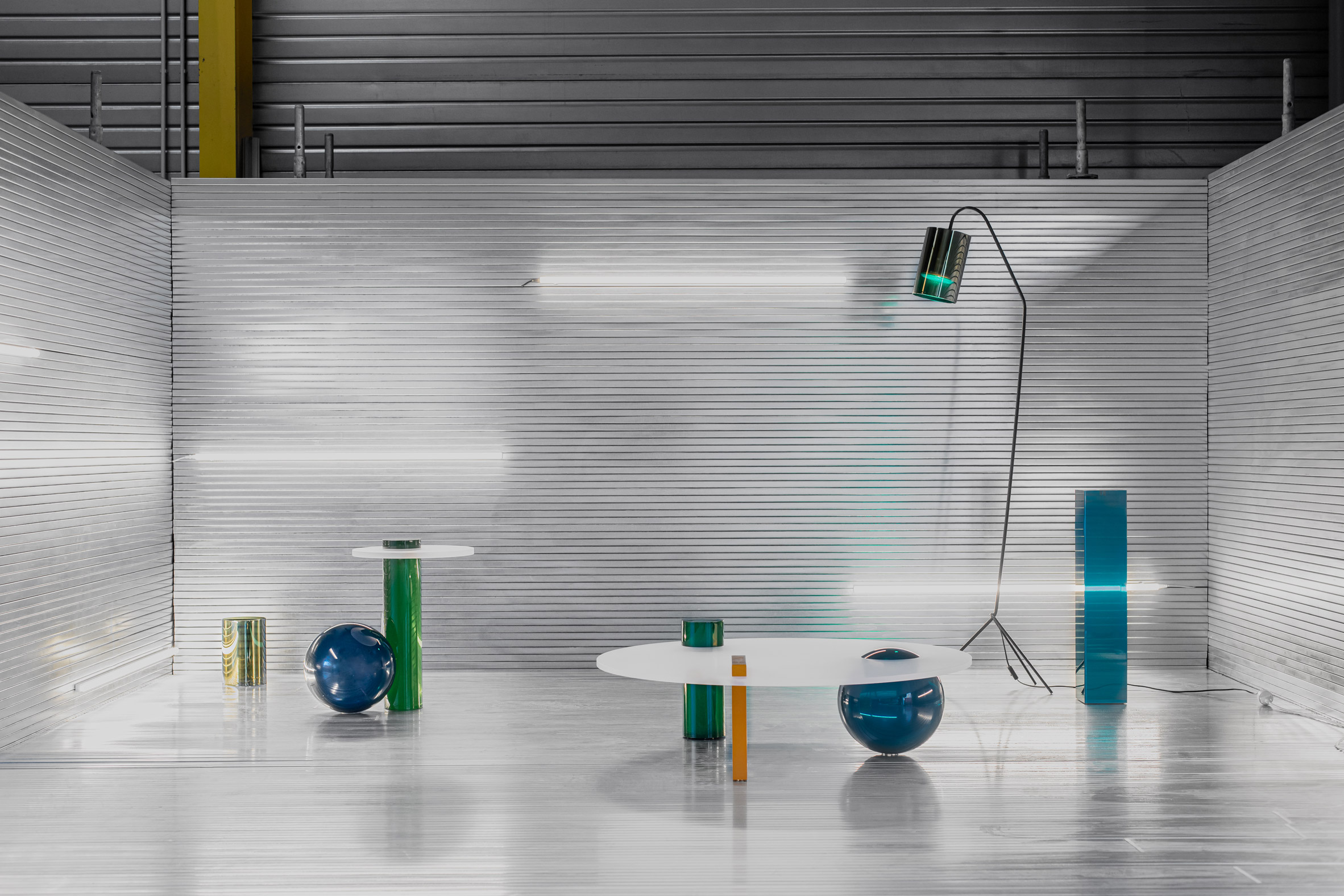 Also included in the inaugural collection is a floor lamp named after Roman emperor Otho.

The light features a cylindrical, glass shade attached to a thin steel body that is supported by three splayed legs, which offers a visual contrast to the thick, columnar forms of the tables. 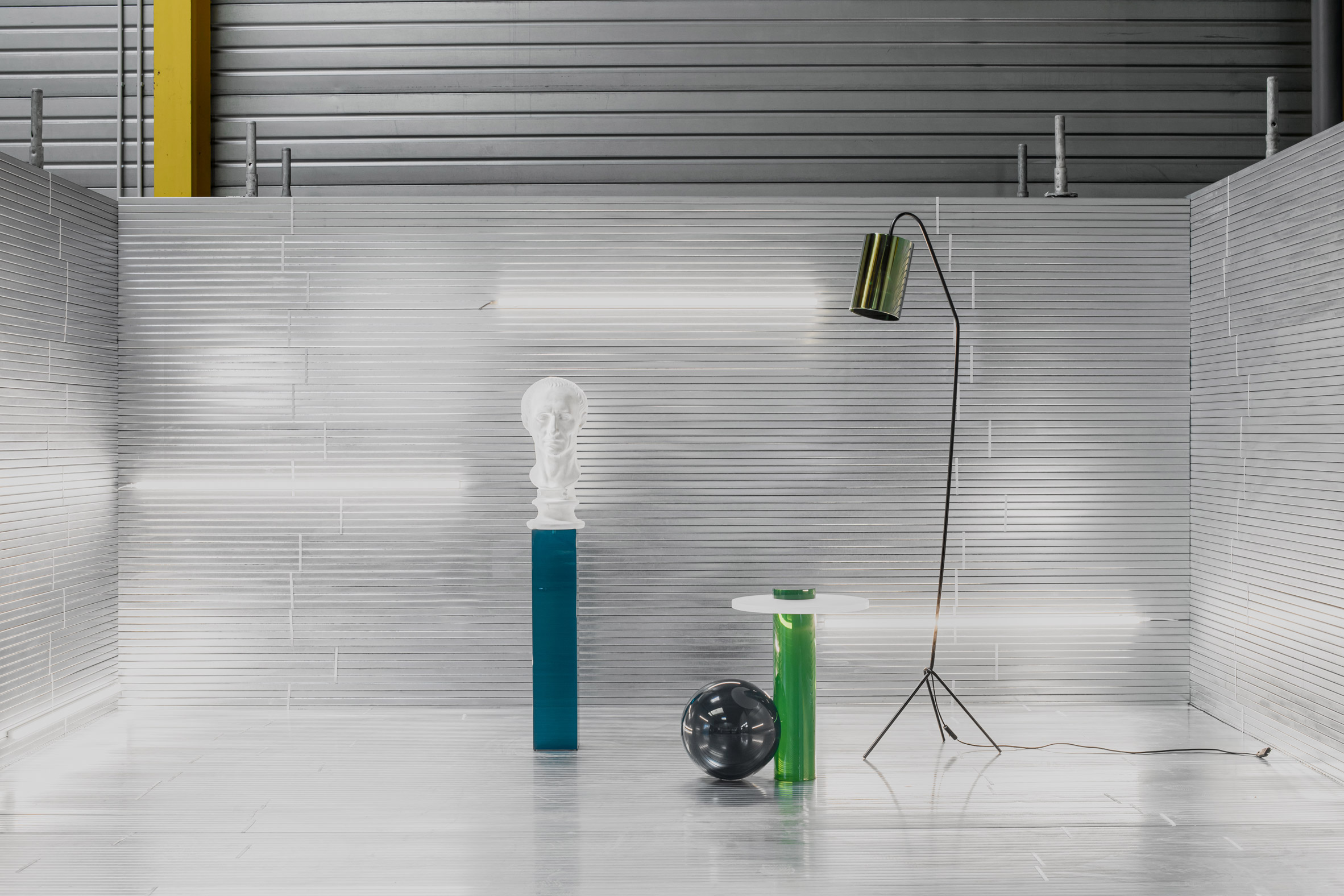 The lampshade boasts a deep emerald hue, casting a fluorescent green glow that grants “an eighties feeling”, and each of the tables are punctuated with legs in similar shades of turquoise, yellow and green.

The table legs each take a different, playful shape, including spheres, zigzags and cylinders, as a modern take on the solid columns found in classical Roman architecture.

Made from epoxy resin, the legs pierce through the soft-white tabletops, which were designed to evoke “a sense of comfort”. 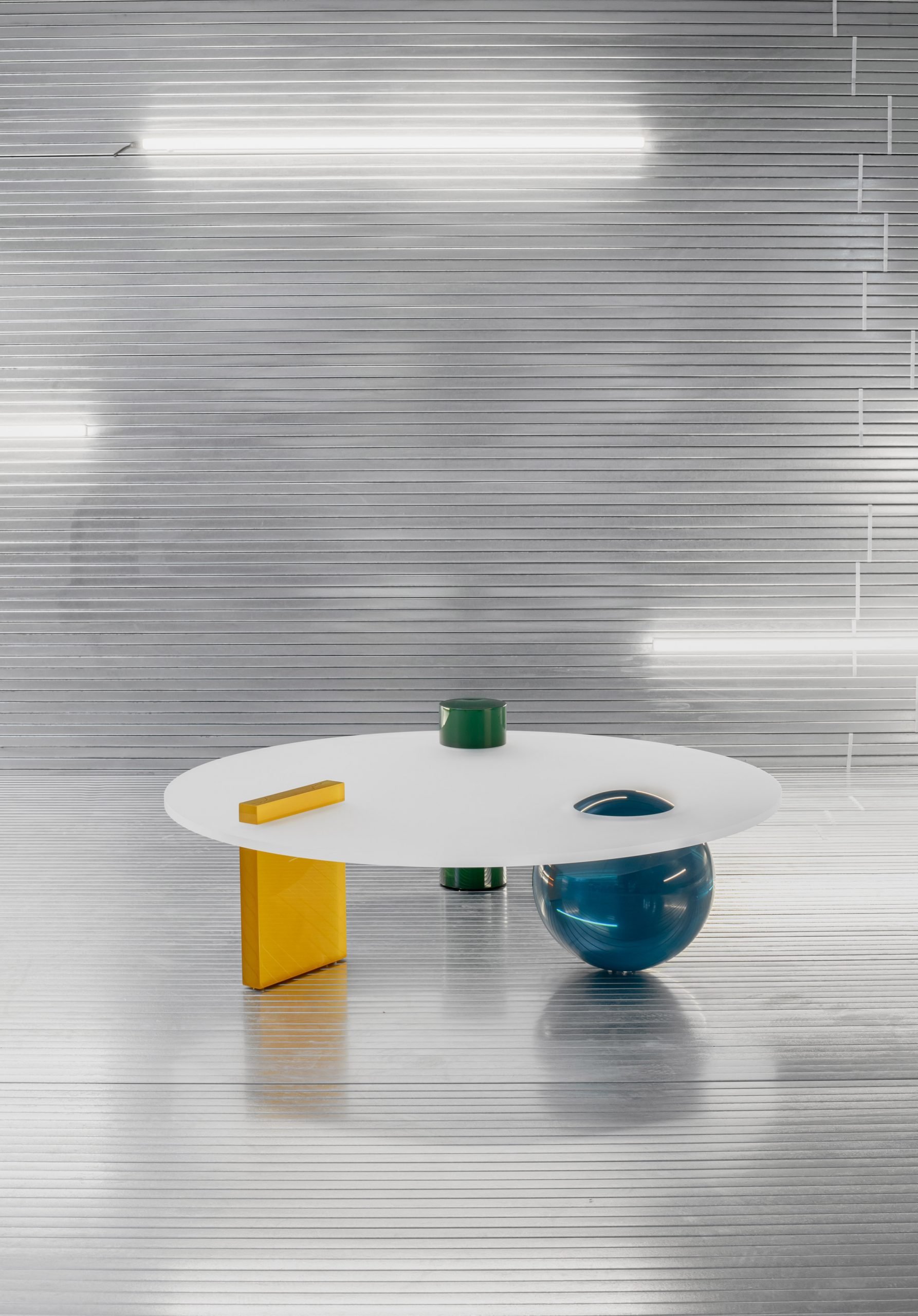 “Each piece is designed to be conceived as a sculptural entity within its environment,” the studio continued. “The supporting elements are so present, that they pierce through the table tops, marking the presence of what lays underneath.”

“Their presence organises the tables. The top that used to be an element of priority, becomes merely a connecting piece. This ancillary function is emphasised by the matt, chalk finish.” 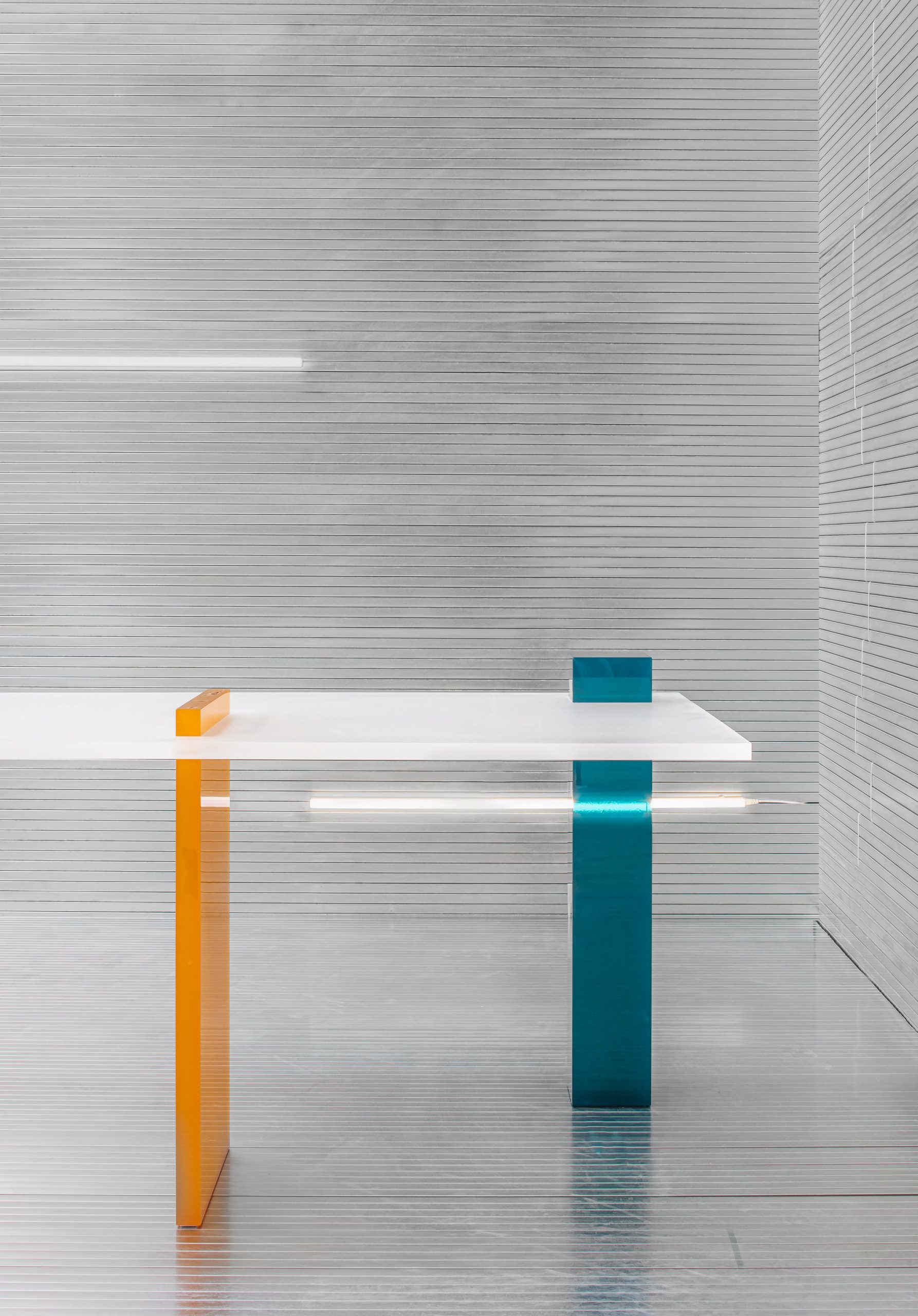 Based in Brussels, Cobra Studios was recently founded by architect Kenny Decommer and designer Hugues Delaunay.

Decommer and Delaunay are not the only designers to create geometric forms from resin. Canadian designer Martha Sturdy made a series of stools, wall decorations, a table and stackable shelves from the material, coloured in bold, primary hues.

Other creatives have paired resin with more unconventional materials, like Korean designer Oh Geon, who used mixed resin with leftover sawdust from a woodworking studio to create a blocky stool.

Photography is by Jeroen Verrecht.