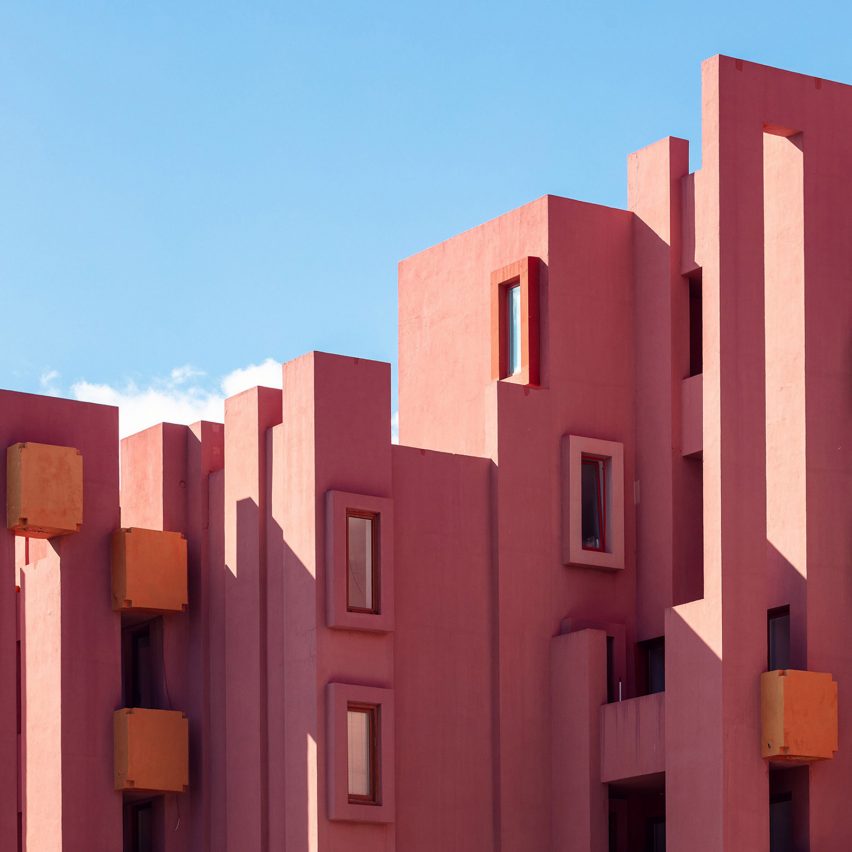 Weiss decided to photograph the Calpe housing estate La Muralla Roja, which translates into English as the Red Wall, after seeing the building in a monograph published to celebrate Bofill’s 80th birthday. 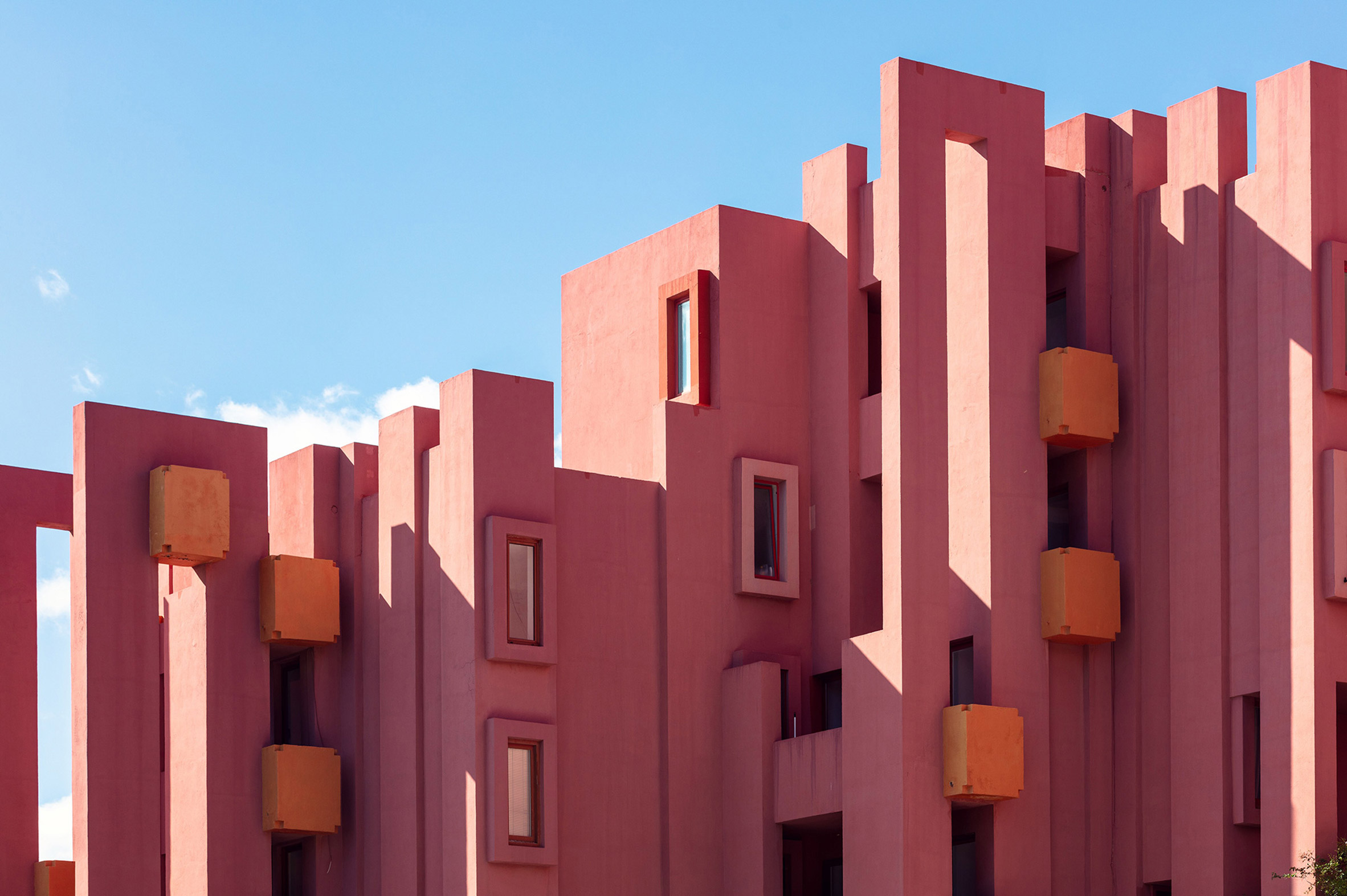 “I already visited Ricardo Bofill’s buildings in Paris and Montpellier, but from his architecture in Calpe, I had only seen images up to then,” Weiss told Dezeen.

“When Bofill celebrated his 80th anniversary in 2019, the Gestalten Verlag published an extensive monograph which also contains a very impressive series of pictures about Muralla Roja,” he continued. “When I saw this, it was clear to me that I had to see and photograph this extraordinary building myself.” 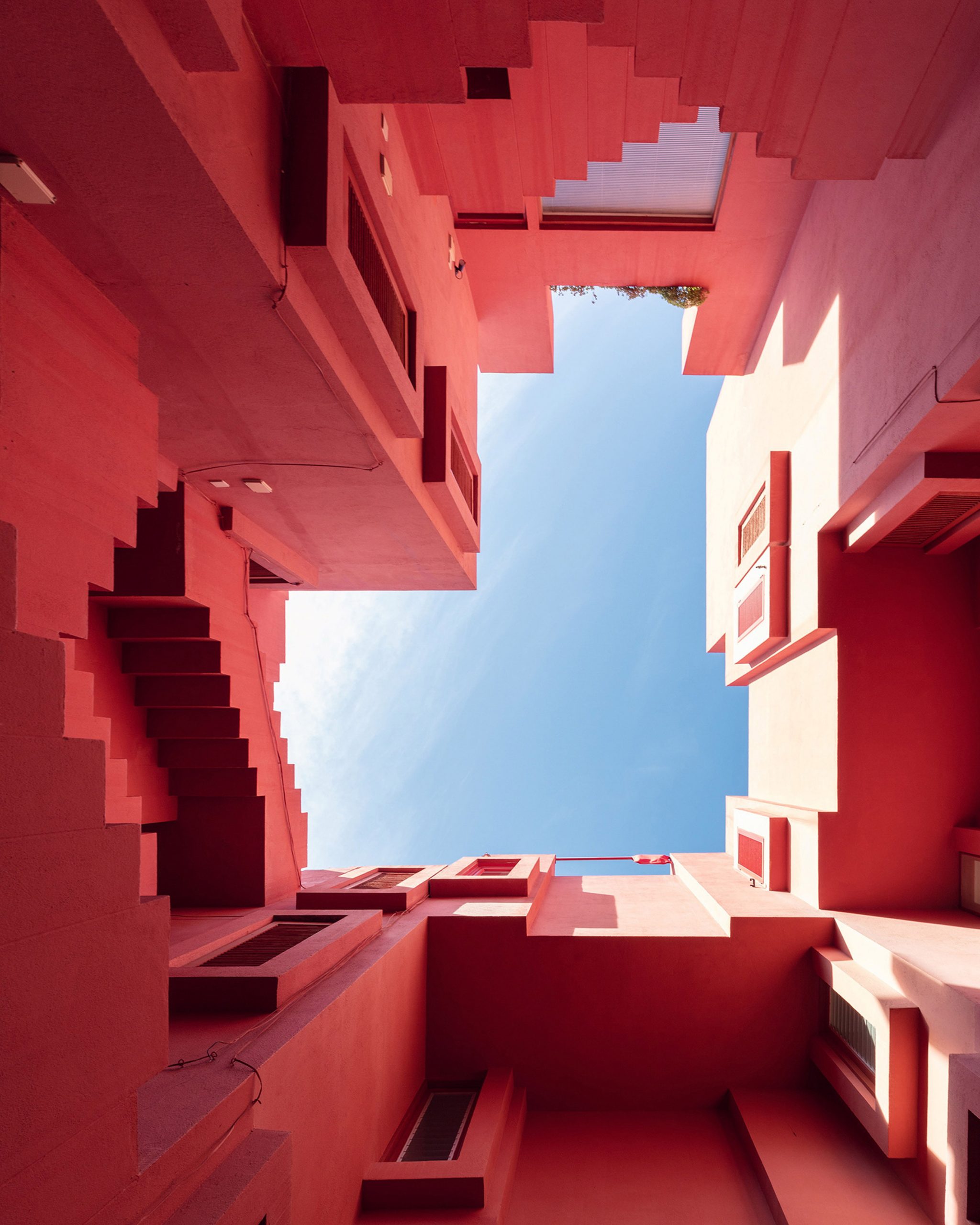 La Muralla Roja stands on the Spanish coast at the top of a cliff overlooking the Mediterranean Sea.

Bofill designed the apartment building to be a fortress-like structure with tall red walls shielding a series of internal courtyards. 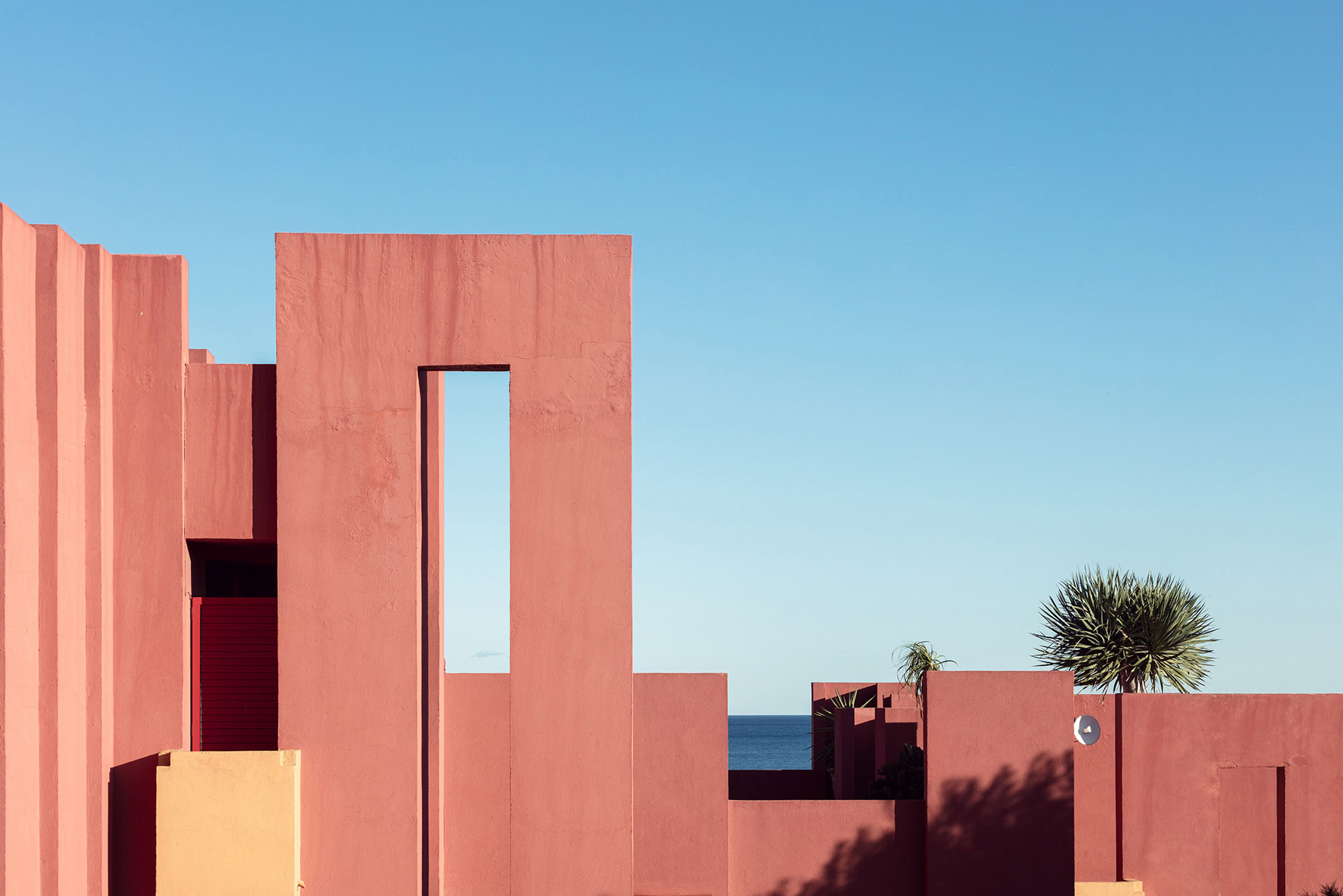 “I think the remarkable aspects are the enormous geometrical reduction, the radical simplicity and visual severity of the building, considering the growing mass tourism on the Spanish coast at that time – it was completed in 1973!” explained Weiss.

“Also the defensible character of the construction is impressive, which Bofill derived from the Maghreb castle architecture,” he continued.

“It kind of represents a fortress, which seals itself off from the public and in which the inner courtyards and lanes resemble the confusing layouts of the old souks of north Africa.” 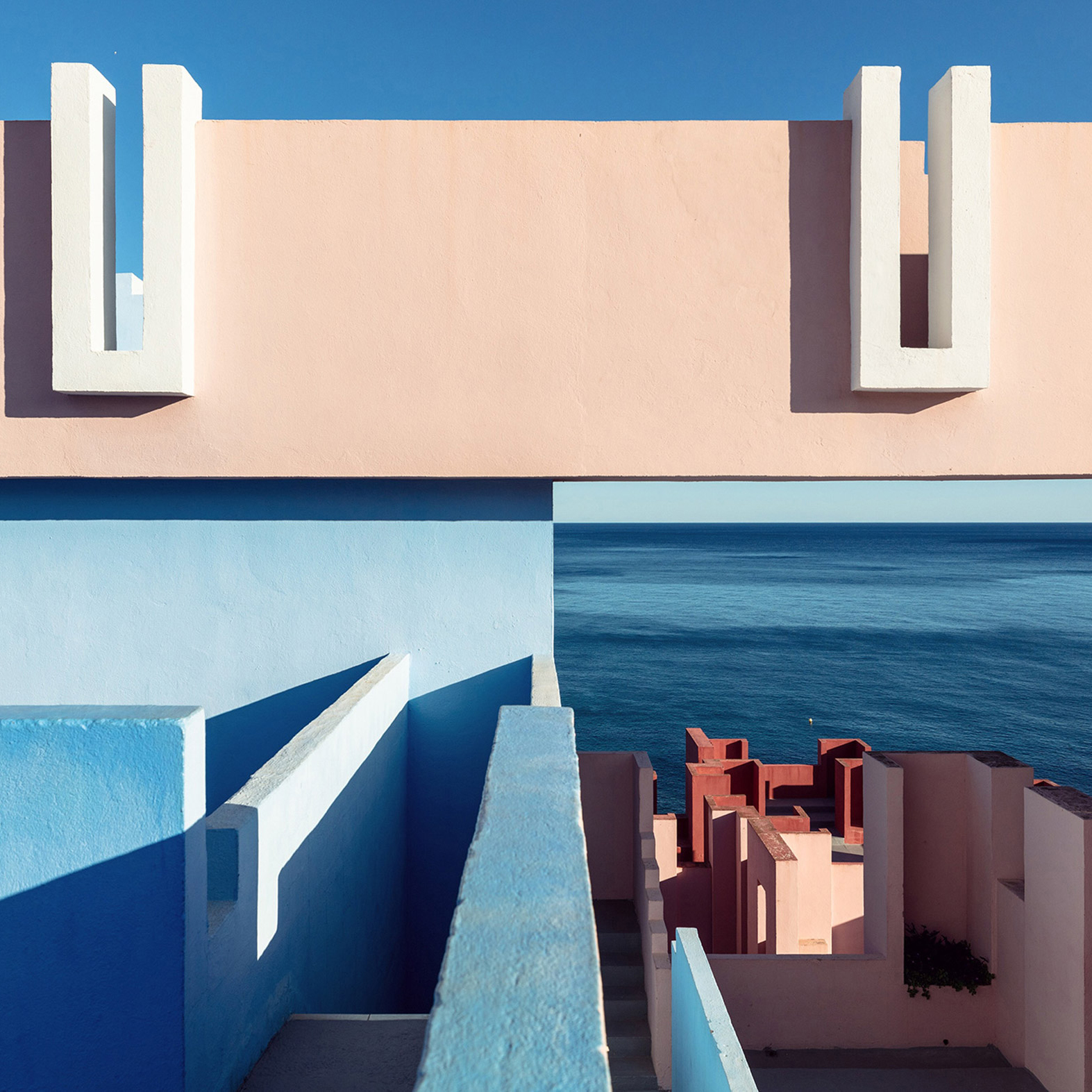 Bofill, who is known for his bold use of colour within his architecture projects, painted the walls of the block in various shades of red, from which the building takes its name.

This is contrasted with light blue shades that were used for some of the buildings stairs and its many rooftop terraces, including the area around its pool. 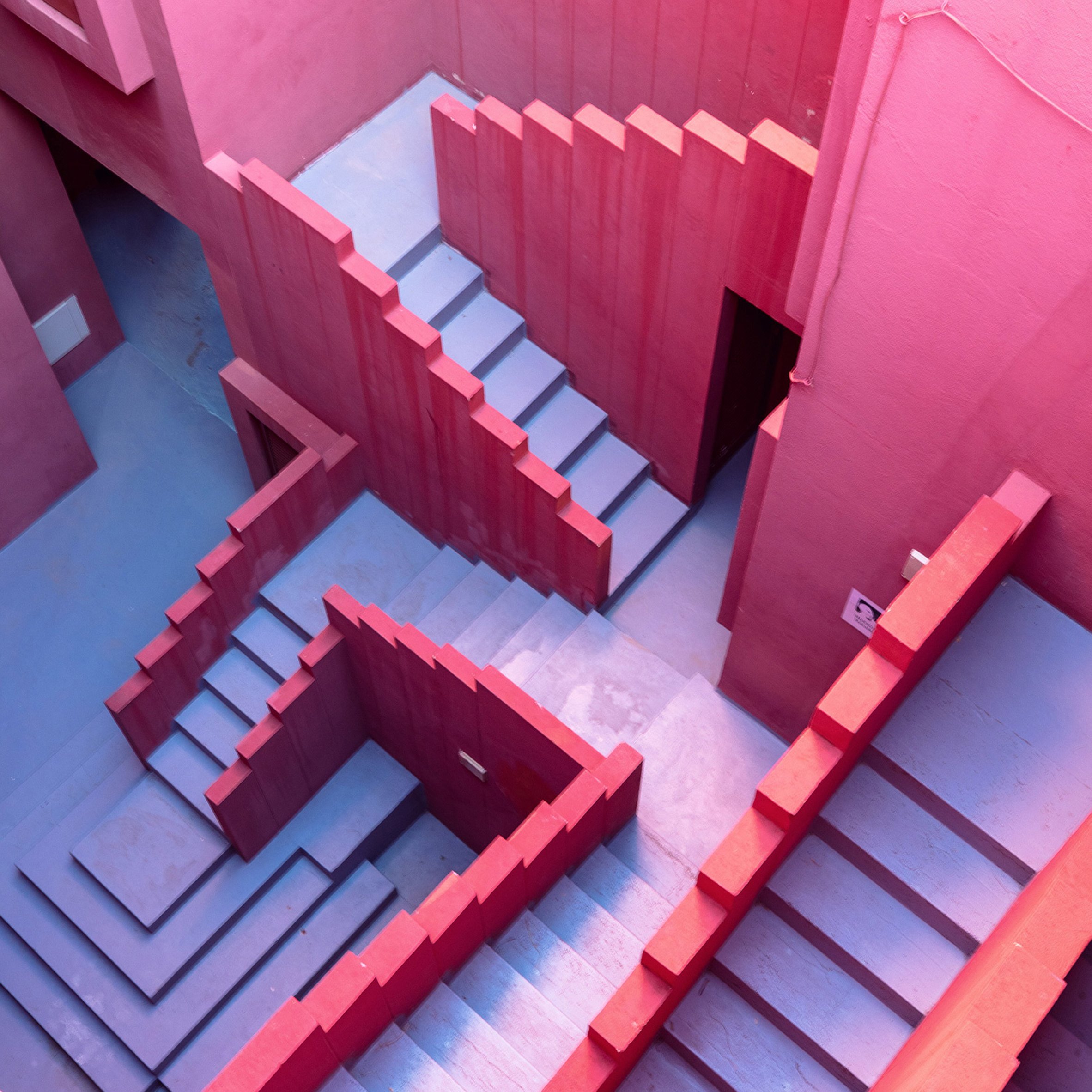 Weiss was also drawn to the building’s complex geometric internal stairs and circulation routes, which reminded him of the work of Dutch graphic artist MC Escher.

“In my eyes, the most fascinating feature is the optical illusion which makes the building unique,” the photographer said.

“Stairs and alleys seem to go to nowhere, they change from wide to narrow, and this brings to my mind MC Escher. In combination with the sunlight – stronger and smoother saturation – the construction is a delightfully confusing and absurdly beautiful architecture.” 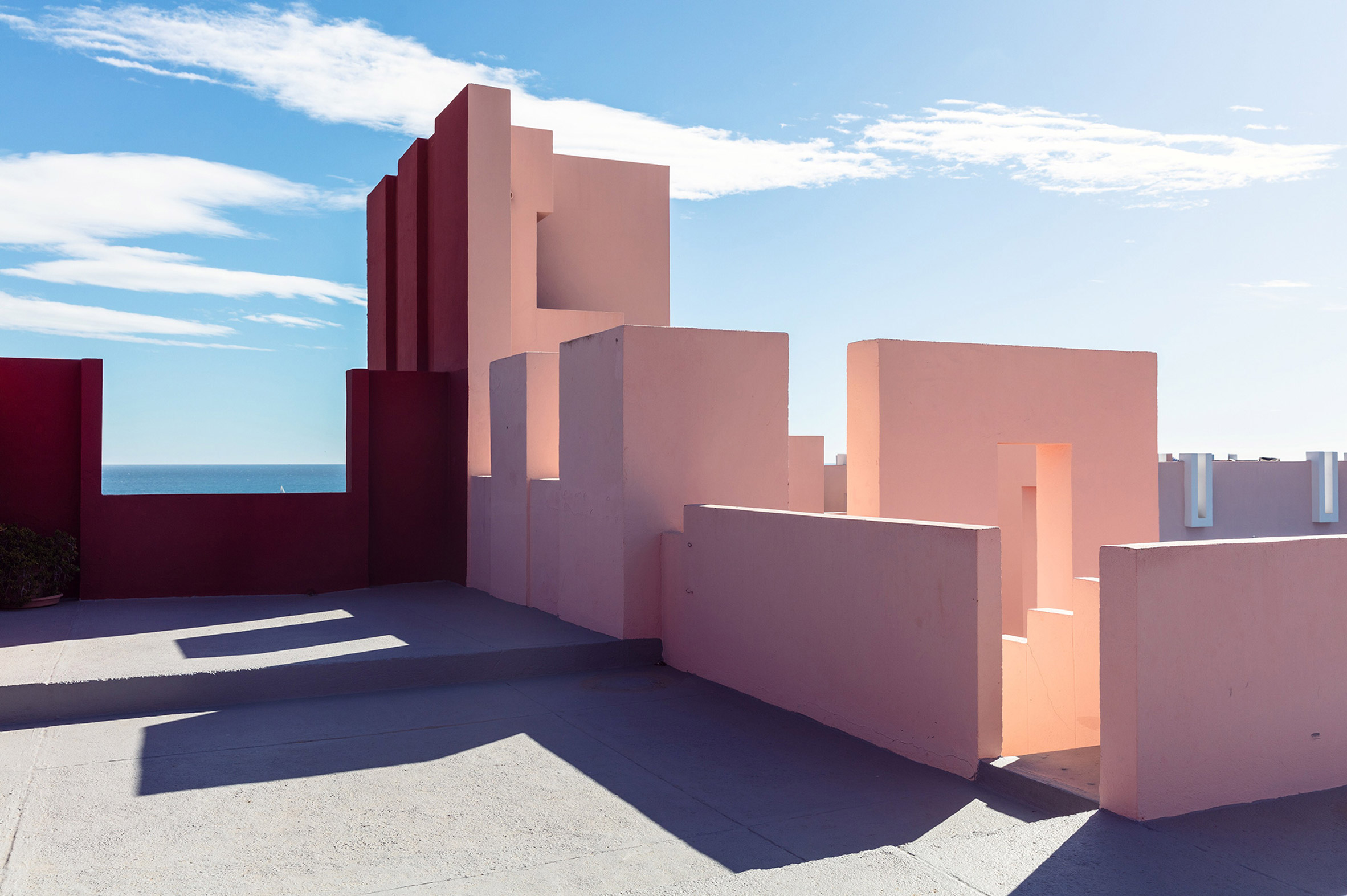 “This surreal place is a feast for the senses and fascinates with its perfect tuning of colours, geometrical shapes, public and private areas as well as light and shadow plays,” continued Weiss.

“I lived in an apartment of this building for one week and it feels like to move through a set of a movie production.” 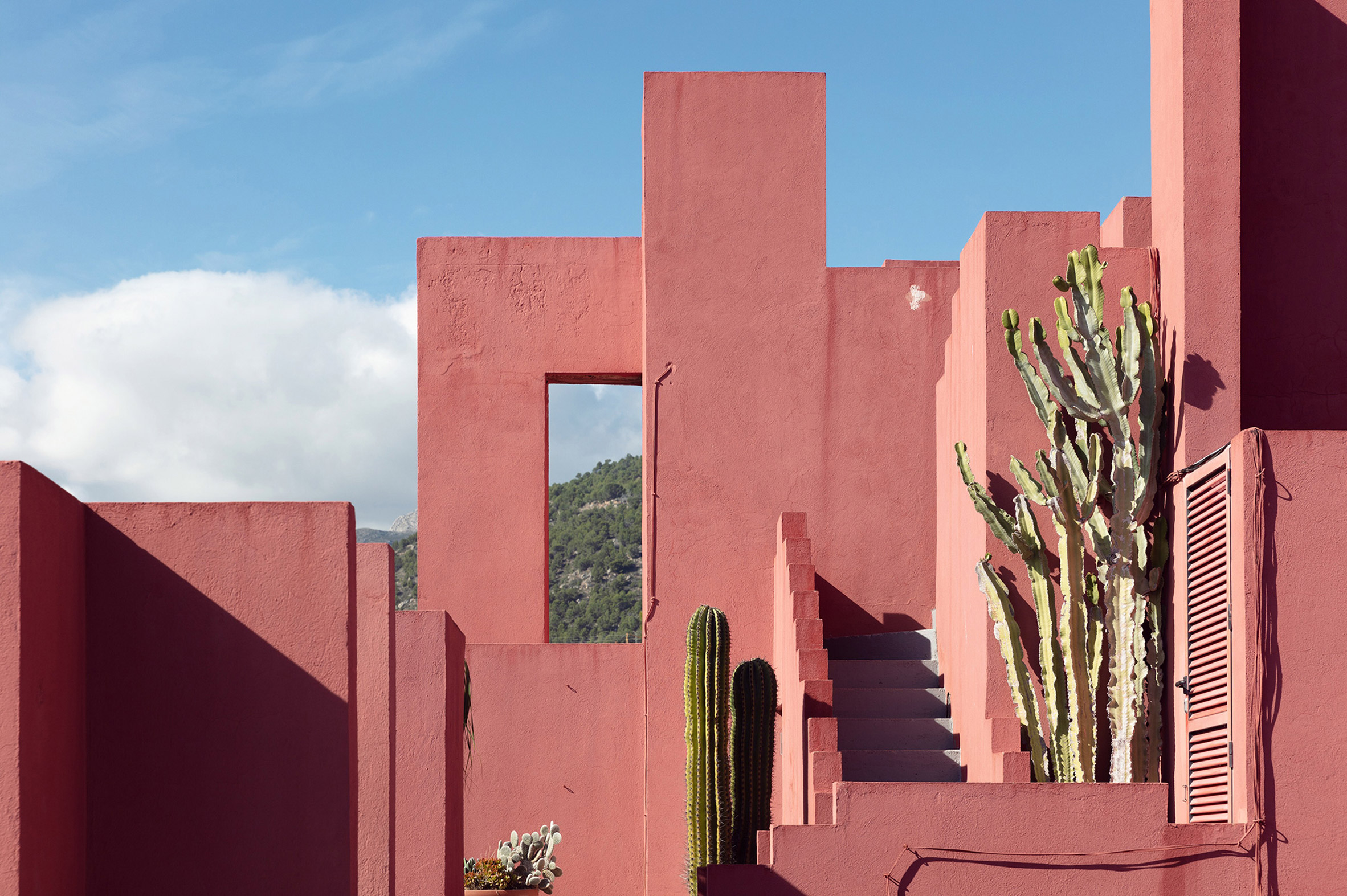 Since La Muralla Roja was completed it has become a landmark in the town of Calpe and is now used as the backdrop for numerous photoshoots, which were witnessed by Weiss.

“All in all it was a great pleasure to take the photos there,” he said. “The exposed location on top of the coastal rocks in combination with a sometimes dramatic play of colours result in fascinating view axis. However, it was a puzzle with the sun, as I shot the pictures in late autumn.” 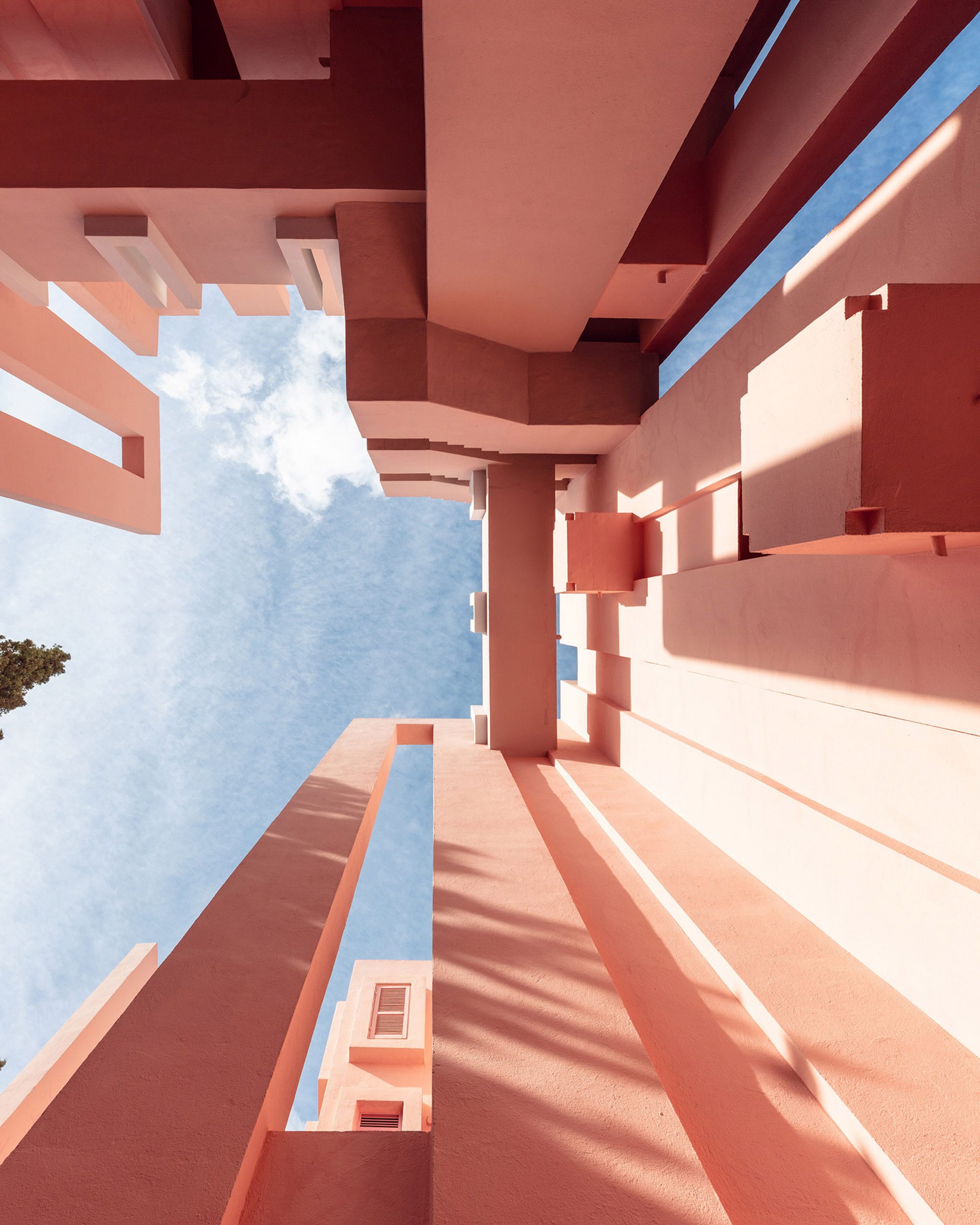 “It was difficult not to disturb the residents of the building,” he continued.

“Nearly everyday photoshoots take place, mostly fashion shootings with several persons, so the inhabitants are annoyed of these happenings. Voices echo very much in the inner courtyard, also every camera trigger mechanism, every step and word can be heard easily.” Although Weiss enjoyed photographing the housing block, he believes that the building is best understood in person.

“Photography can convey the fascination for this location to a certain extent,” he said.

“But in the end, I believe that the magic and the surreal utopia of La Muralla Roja can be understood best if it is experienced on the spot within the facilities.” Another of Bofill’s colourful housing blocks, Walden 7, was captured from the air by Hungarian photographer Márton Mogyorósy as part of his photo series Barcelona From Above.

The office of Bofill’s eponymous studio, Ricardo Bofill Taller de Arquitectura, was also photographed by Marc Goodwin as part of a series on Barcelona-based architecture practices.