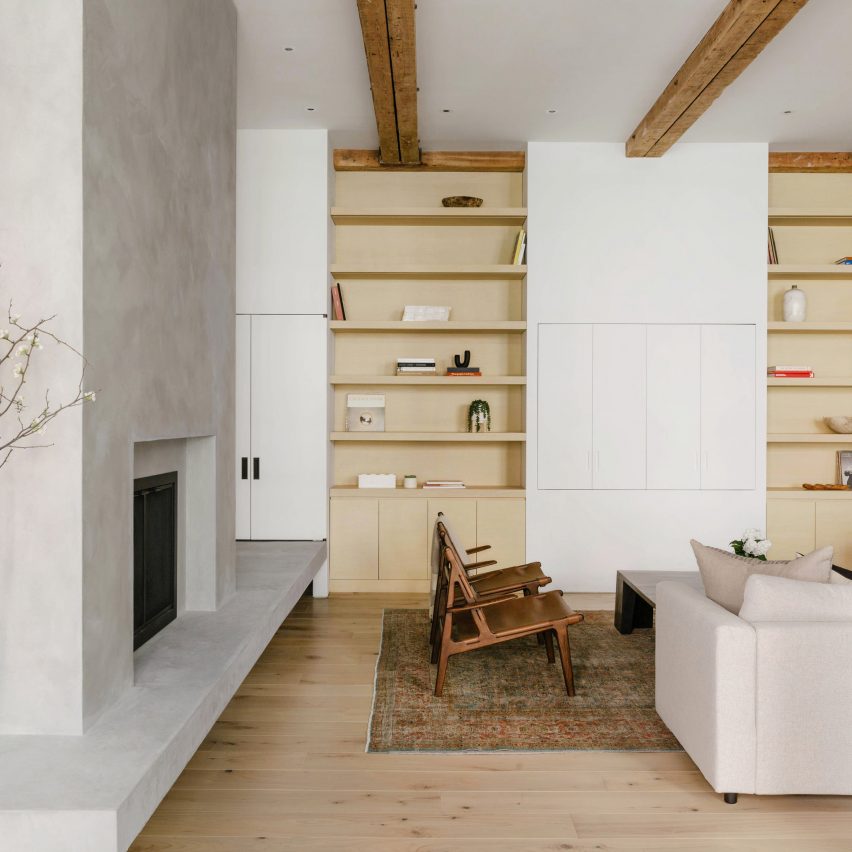 Architects Ravi Raj and Evan Watts have created a monolithic, concrete-like chimney in the overhaul of a loft apartment inside a former cigarette packing factory in New York City‘s Chelsea neighbourhood.

Raj, who runs RARARA, worked with Watts of D&A Companies to overhaul the residence in the former factory, which was completed by the Kinney Brothers in 1880. It also served as a furniture warehouse before it was converted into a condo building in 1996. Previously featuring “dark dwelling spaces”, as described by the team, the residence was renovated to create a bright and open living space for a couple.

This included stripping out walls and dropped ceilings to create larger spaces and revealing existing brickwork and timber columns and beams. 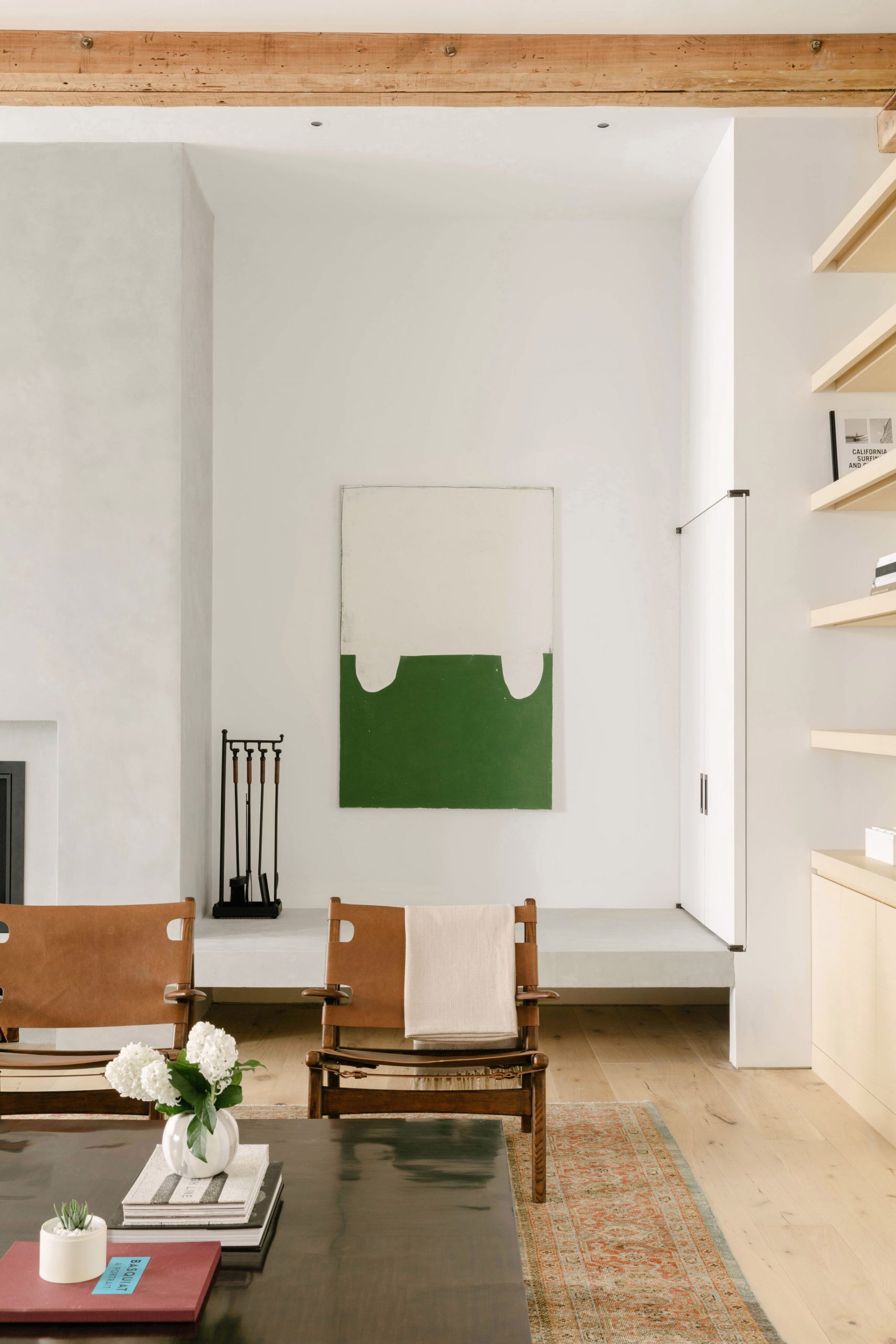 At the rear of the residence, the team reconfigured the layout of the bedrooms and bathrooms, creating a third bedroom and making a new hallway. 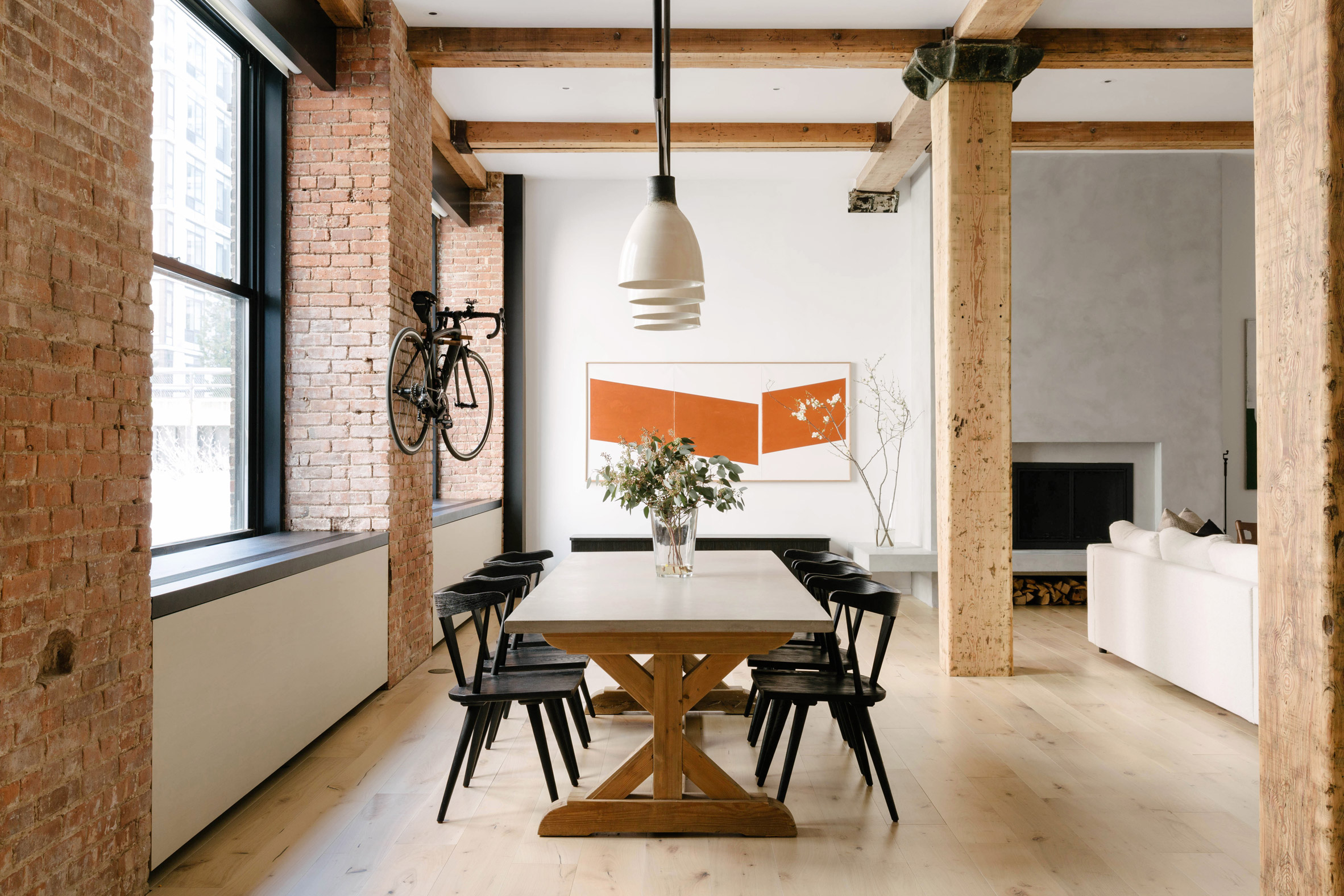 “Extraneous millwork and partitions blocking daylight to the interior were thoughtfully removed to help open each room and improve the flow between them,” said Ravi Raj Architect.

“The great room presented an unexpected discovery after the team removed the dropped ceilings and unnecessary wall enclosures, revealing the original heavy timber structure – in surprisingly great condition. This move both simplified the layout while also paying homage to the building’s historical fabric.” Throughout Spears Building Loft, the designers chose a soft and pale material palette that complements the existing details and also brightens the interiors.

Bleached walnut planks covers the floor in the living area, while the walls and built-in storage are painted bright-white or yellow.

A wood-burning stove is updated with a hearth covered in a plaster that looks like concrete and extends into a bench either side. The team chose the render because it is meant to reference the warehouse’s poured concrete floors. 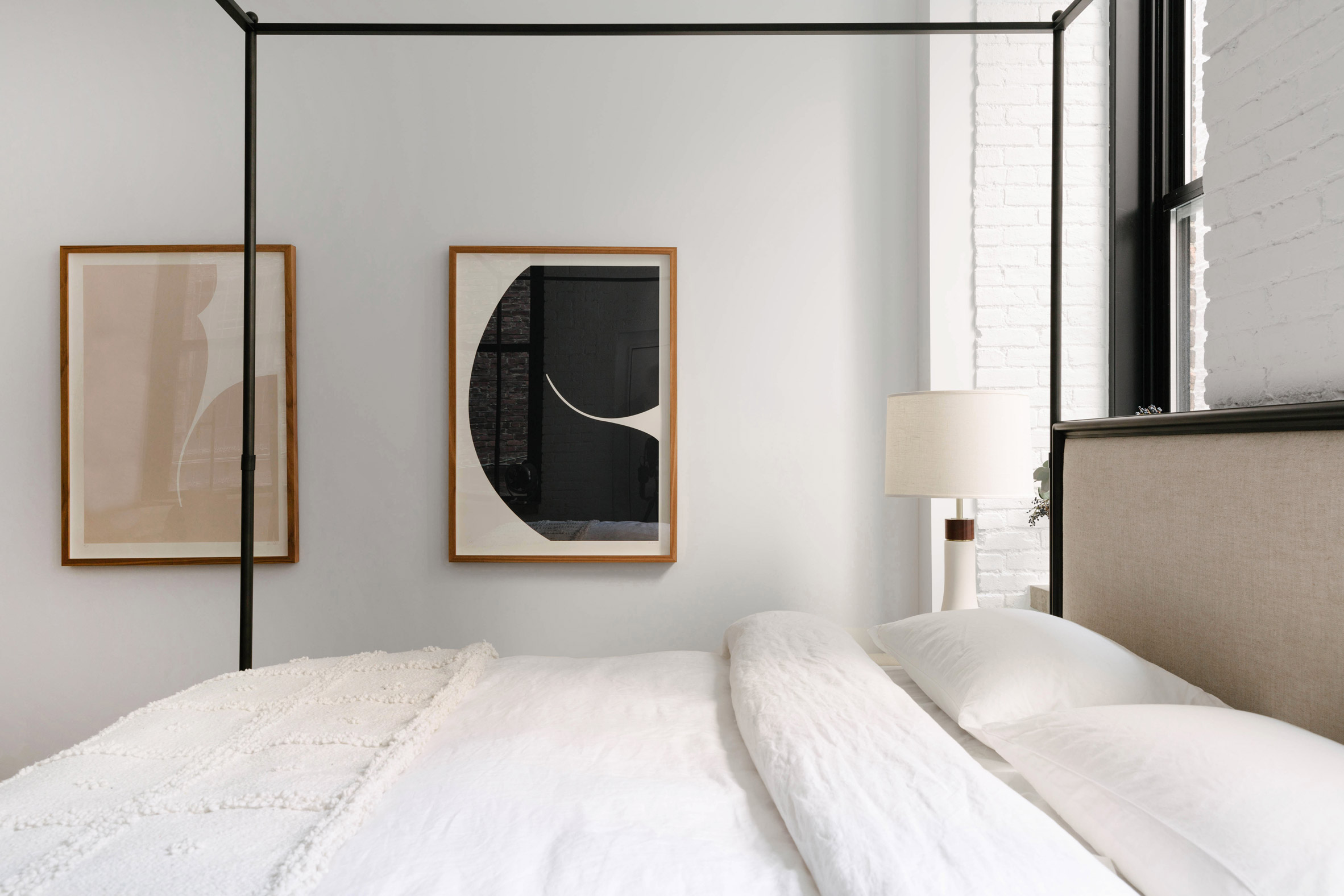 Pale wood also forms the base of the white-marble island in the kitchen topped and old corner cabinets are ebonized black. They form a series of dark detail throughout, like the dark wooden dining chairs and artwork.

“The owners took care in selecting minimal yet soft and textured furnishings paired with colourful art that highlight the industrial-like quality of the space,” the team added. 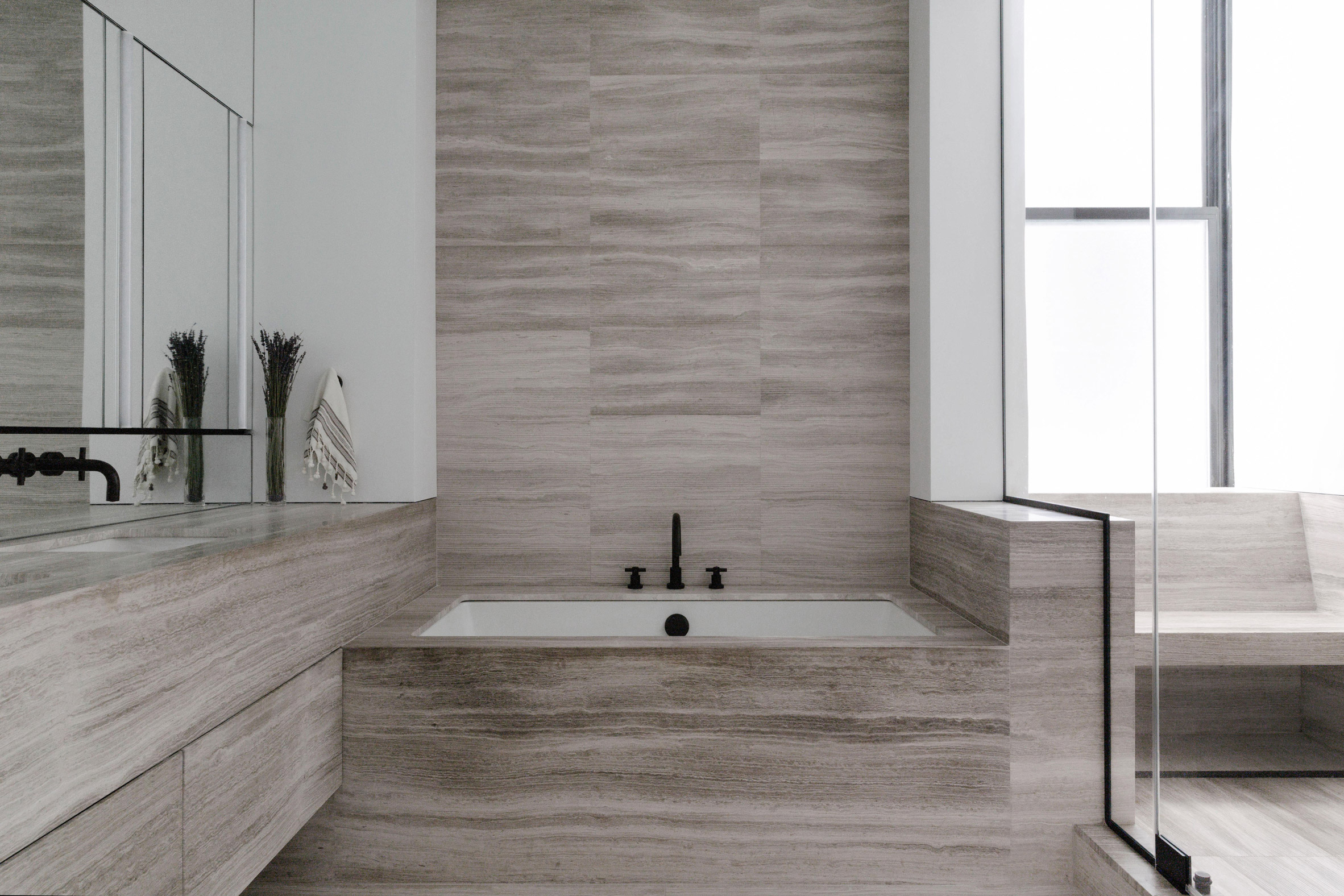 The red brick is painted white in the bedrooms to make them all them light and bright, while the bathrooms display a mix of black, white and grey marbles.

Spears Building Loft is located in New York’s Chelsea neighbourhood next to the city’s elevated park, the High Line.

Other renovation projects in the area include a residence that architecture duo BoND turned into a light-filled home with a stainless steel fireplace surround and an apartment with a green mural dripping in gold paint.

Photography is by Nick Glimenakis.