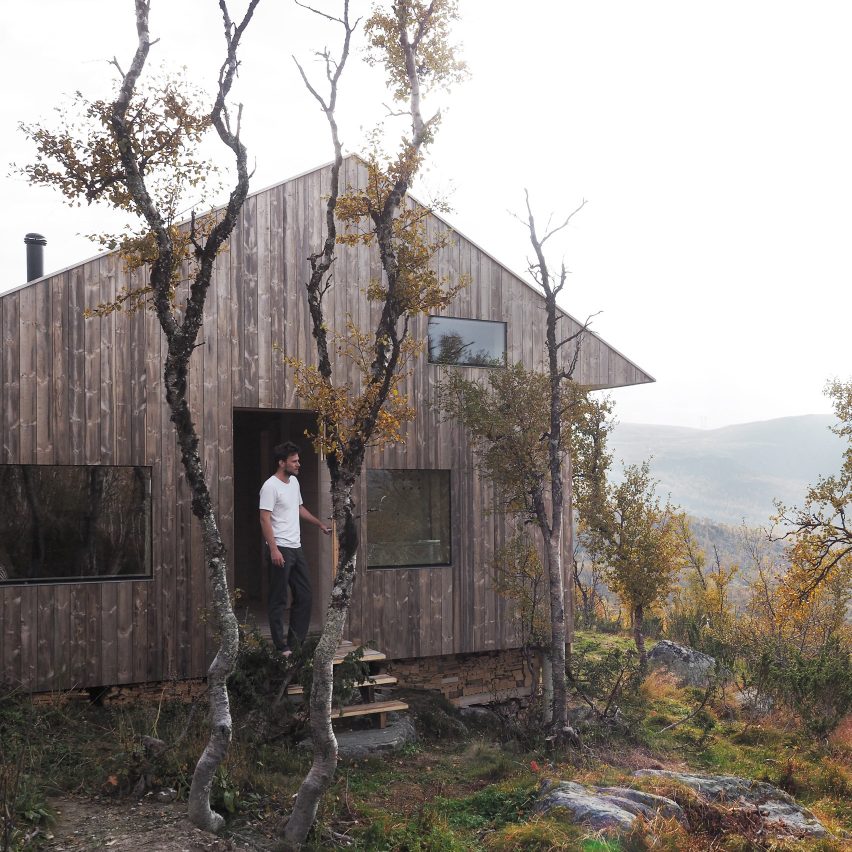 Following the popularity of a riverside house that an architect and designer built for themselves in Australia, we’ve rounded up 10 other original self-designed homes by architects and designers from around the world. 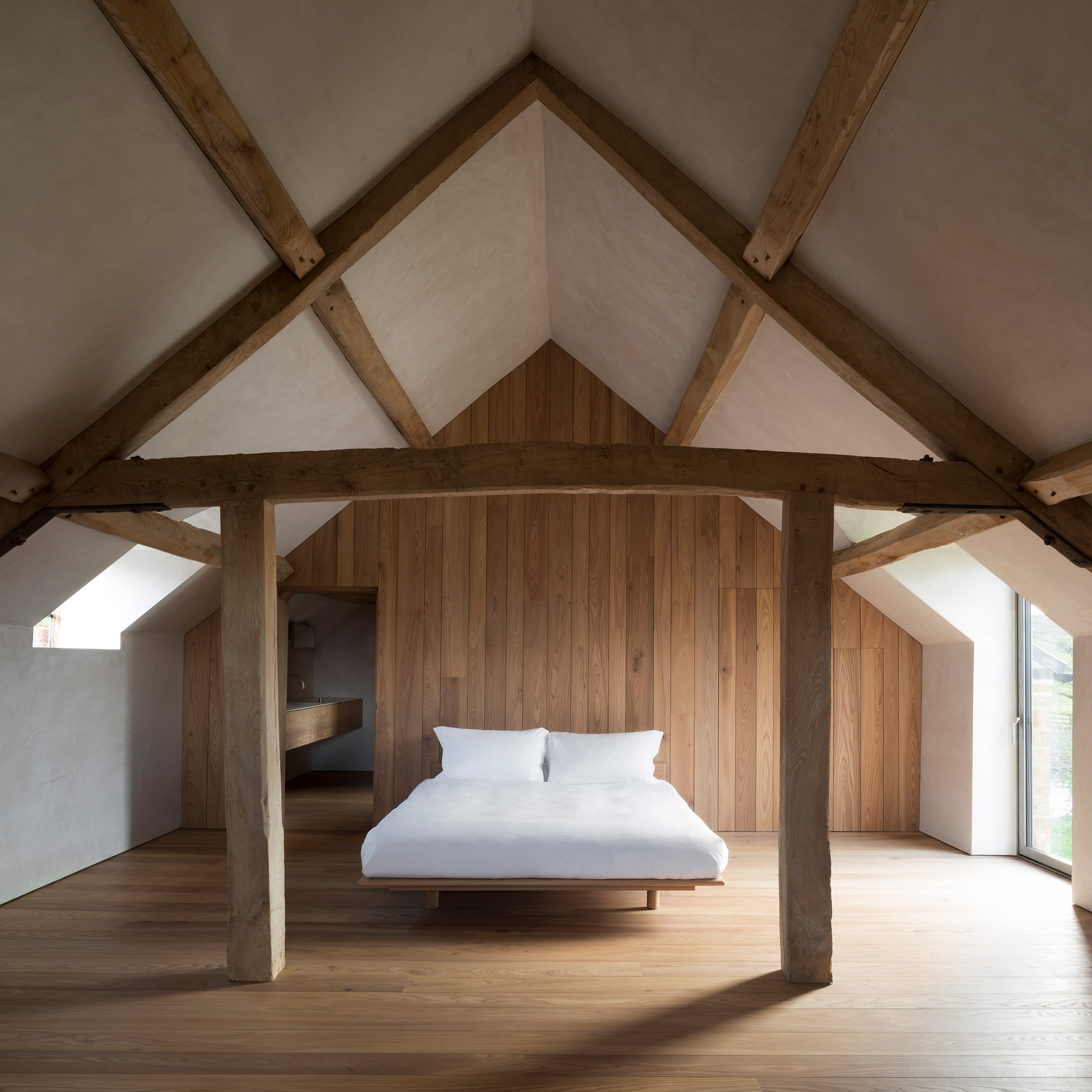 Home Farm is the clutter-free second home of John Pawson, the British designer best known for his minimalist style.

Built within a 17th-century farming complex in the Cotswolds, the dwelling is fitted out with limited furniture and a deliberately simple material palette of pale lime plaster, elm and concrete.

Find out more about Home Farm › 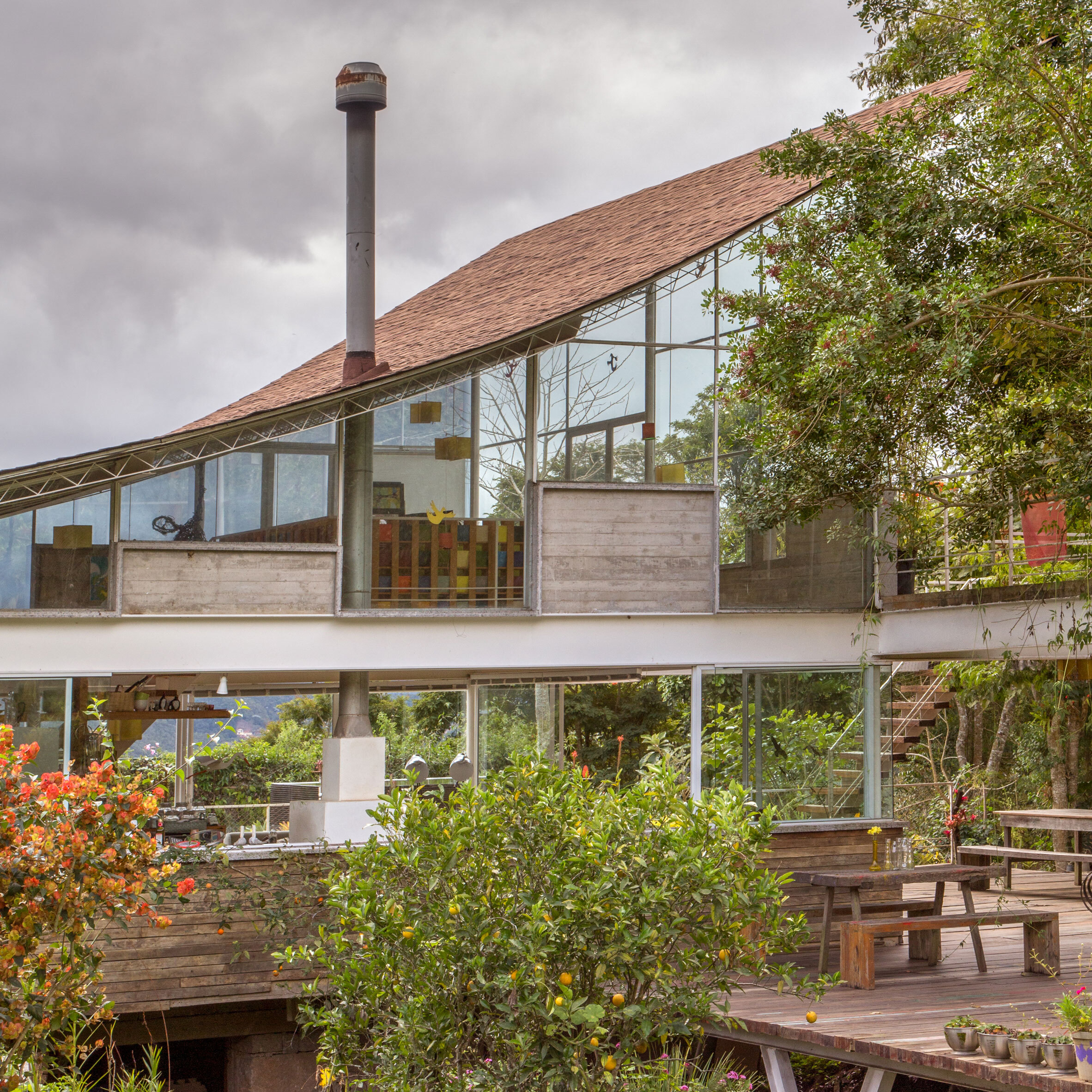 A large, sweeping rooftop shelters the stripped-back House in Samambaia that Brazilian architect Rodrigo Simão designed for himself, his wife and children.

Find out more about House in Samambaia › 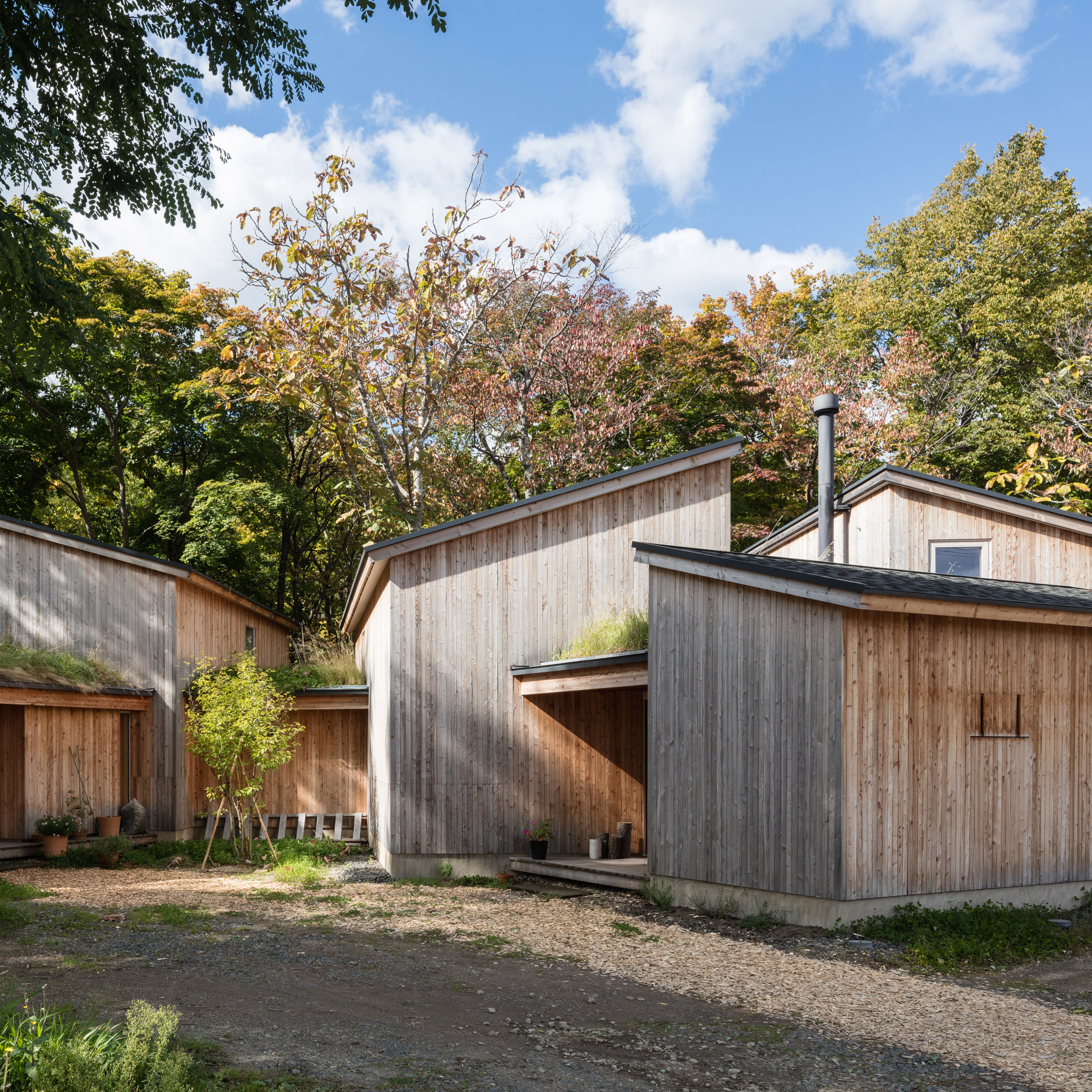 Makoto Suzuki designed the fragmented House in Tokiwa to facilitate communal living – accommodating living spaces for himself, an office for his wife, a remote retreat for his father and a studio for the sculptor Takenobu Igarashi.

It is made up of individual blocks that are interlinked and unified by the same vertical timber cladding, which Suzuki left unpainted to mimic the trunks of the surrounding trees.

Find out more about House in Tokiwa › 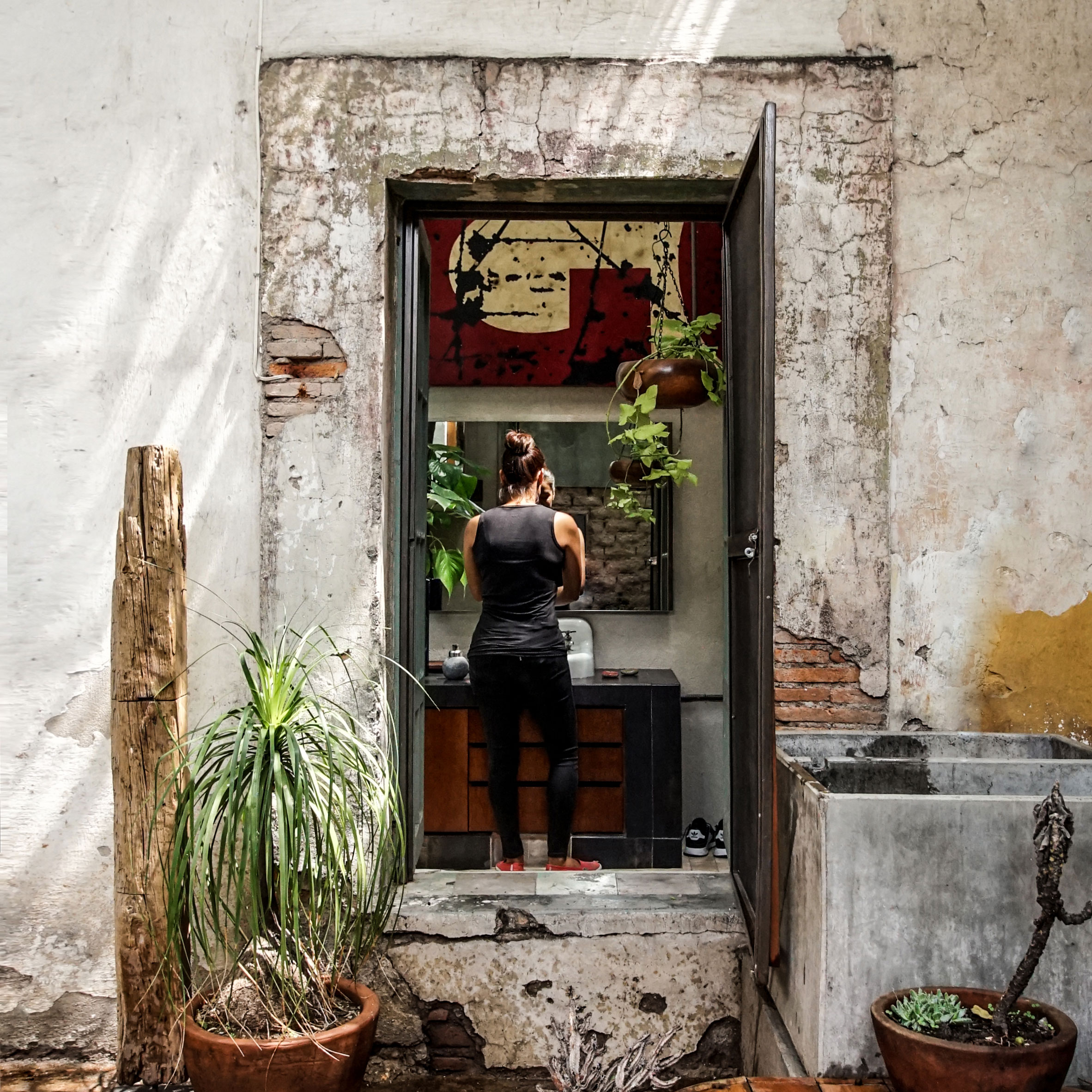 Ceiba House is the 1930s family home of Jorge Ramirez, which he refurbished and extended with a white rooftop yoga studio for himself and his wife.

Located in Aguascalientes, the small home retains as much of its existing detail as possible, including weathered mud-brick walls, crumbling render and a small courtyard with a ceiba tree after which the house is named.

Find out more about Ceiba House › 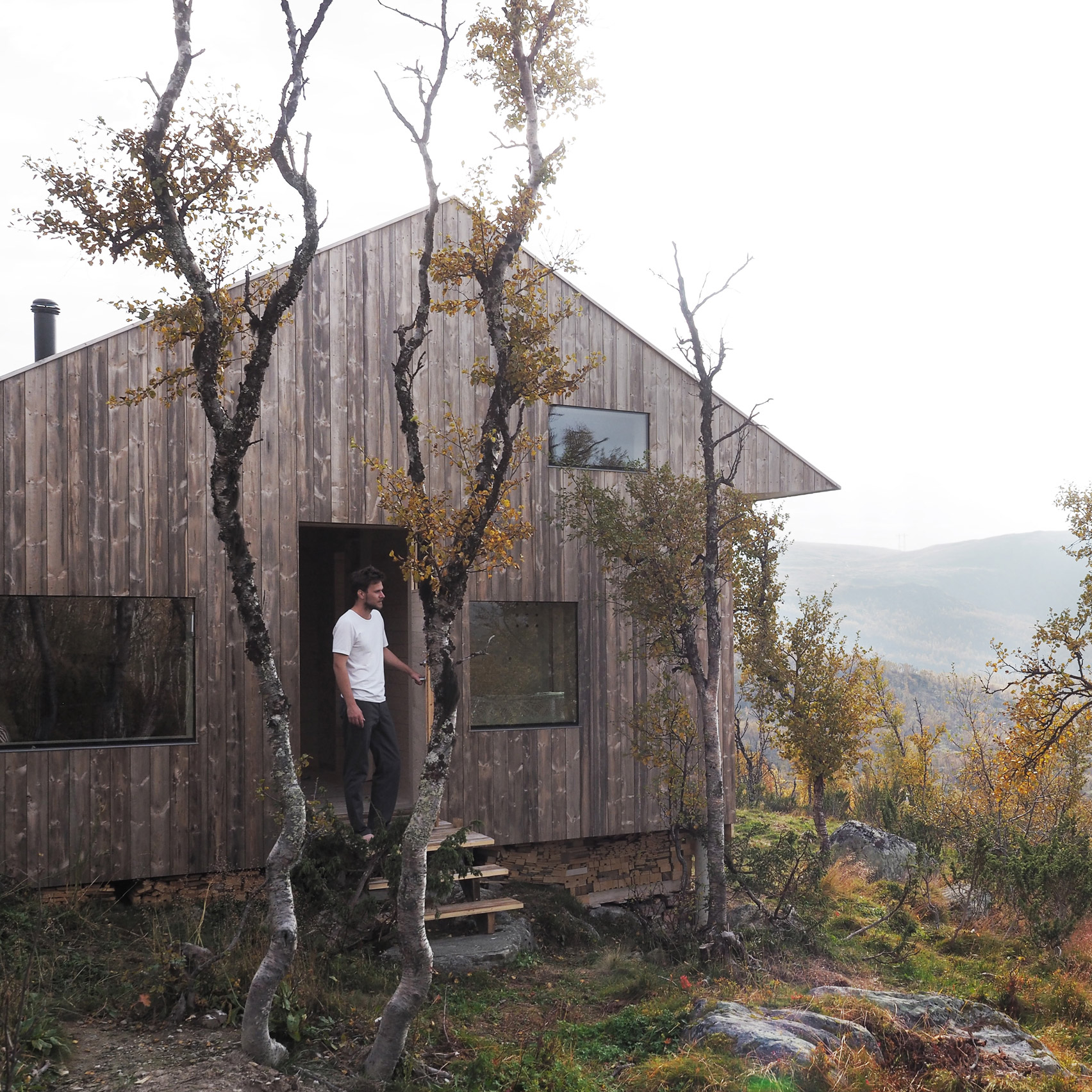 Framing the view of the nearby lake was the priority of Jon Danielsen Aarhus when designing his family’s remote timber cabin, located on the mountain plateau Hardangervidda in Norway.

The pared-back dwelling is otherwise built to merge with its natural setting, clad entirely in pinewood that will grey over time and mimic the colours of the surrounding trees and rocks.

Find out more about Hytte Ustaoset  › 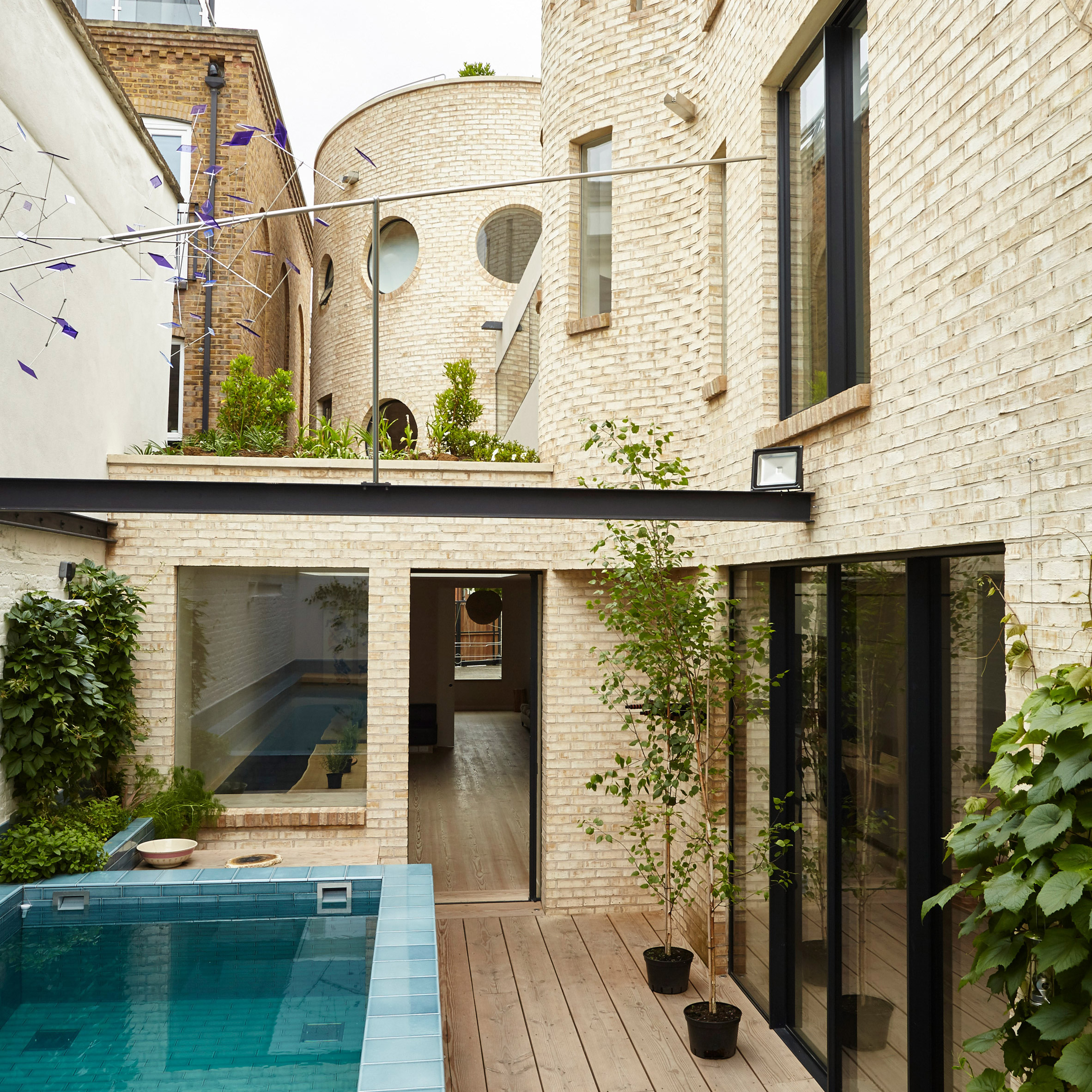 Alex Michaelis’ self-designed sculptural brickwork house in London slots into a long, narrow site that was previously occupied by a disused garage.

Complete with rooftop gardens and a swimming pool, the design is Michaelis’ “contemporary take on Corbusien modernism” and intended to offer a “unique and unparalleled experience of city living”.

Find out more about Blythe Road › 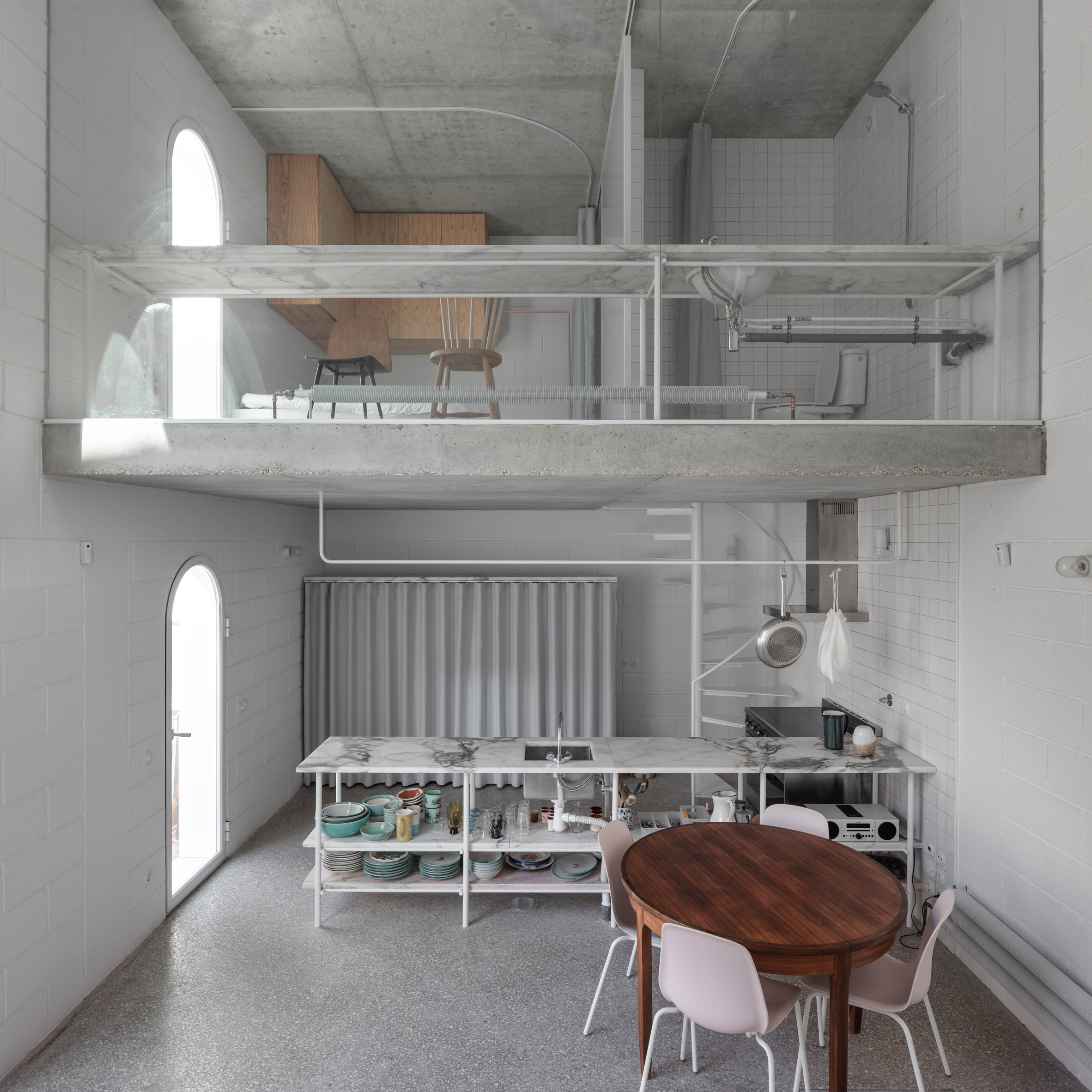 Its distinctive stepped section squeezes a kitchen, bathroom and three bedrooms into a footprint of less than 40 square metres and is designed to maintain a visual connection throughout the home.

Find out more about Dodge House › 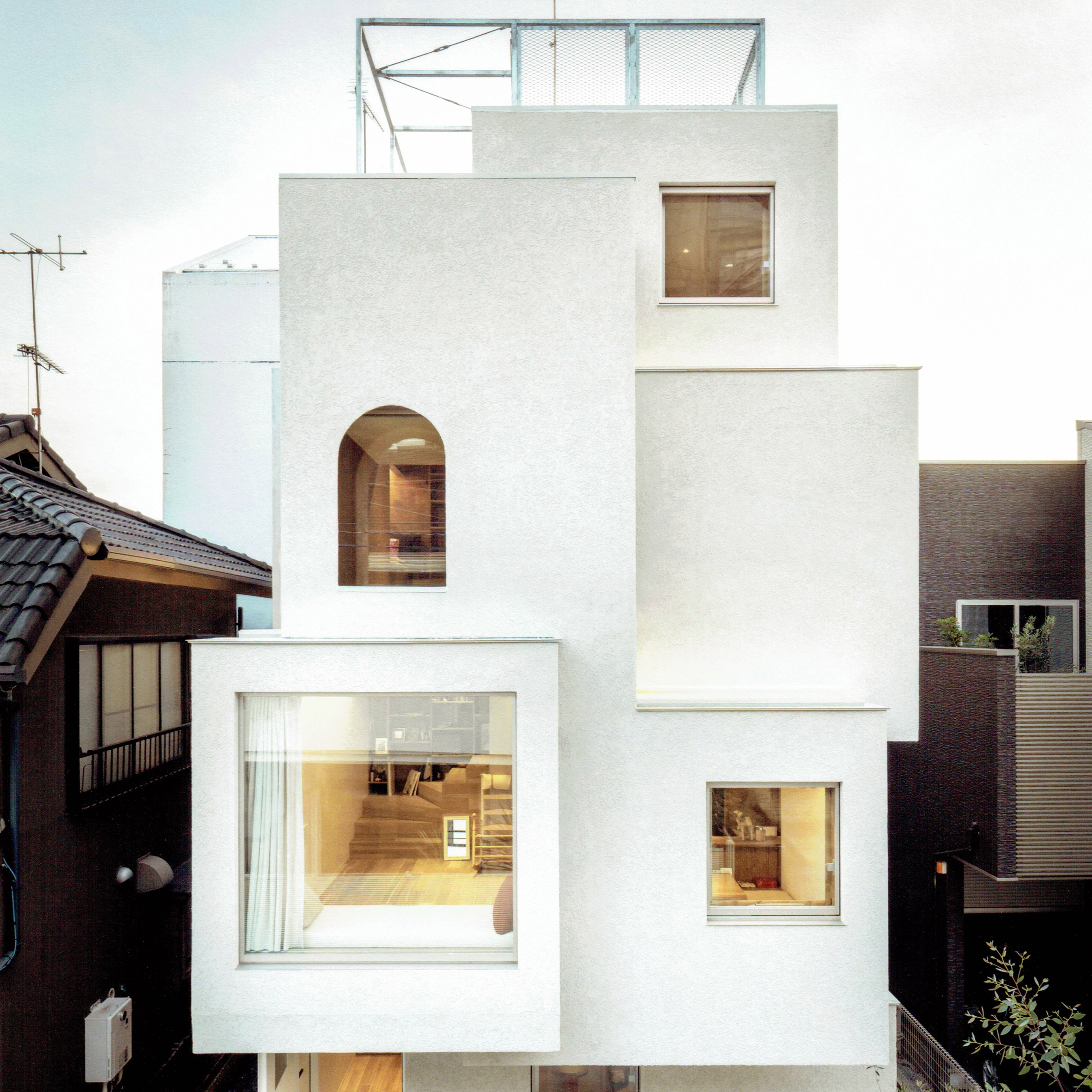 House in the City, Japan, by Daisuke Ibano, Ryosuke Fujii and Satoshi Numanoi

A stack of staggered white boxes makes up Daisuke Ibano’s House in the City, which he built for his growing family on a compact site hemmed in by other buildings in Tokyo.

This characteristic form reflects its unusual interior layout, where the rooms are arranged as one “helical continuous space” without doors to help maximise light and space.

Find out more about House in the City › 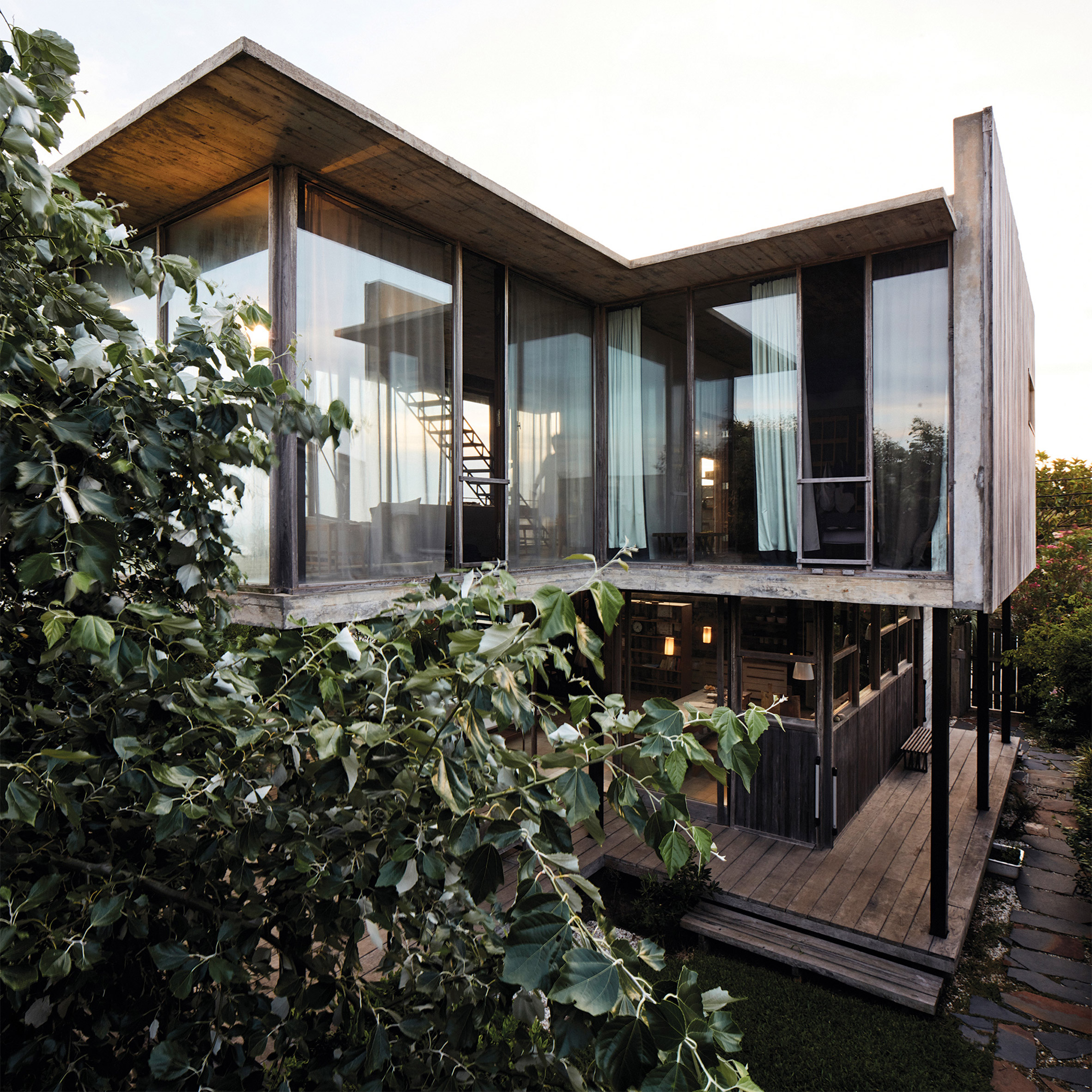 The interiors were designed largely by his wife Mercedes, a graphic designer, and have a complementary material palette dominated by tactile wooden flooring, ceilings and furnishings. 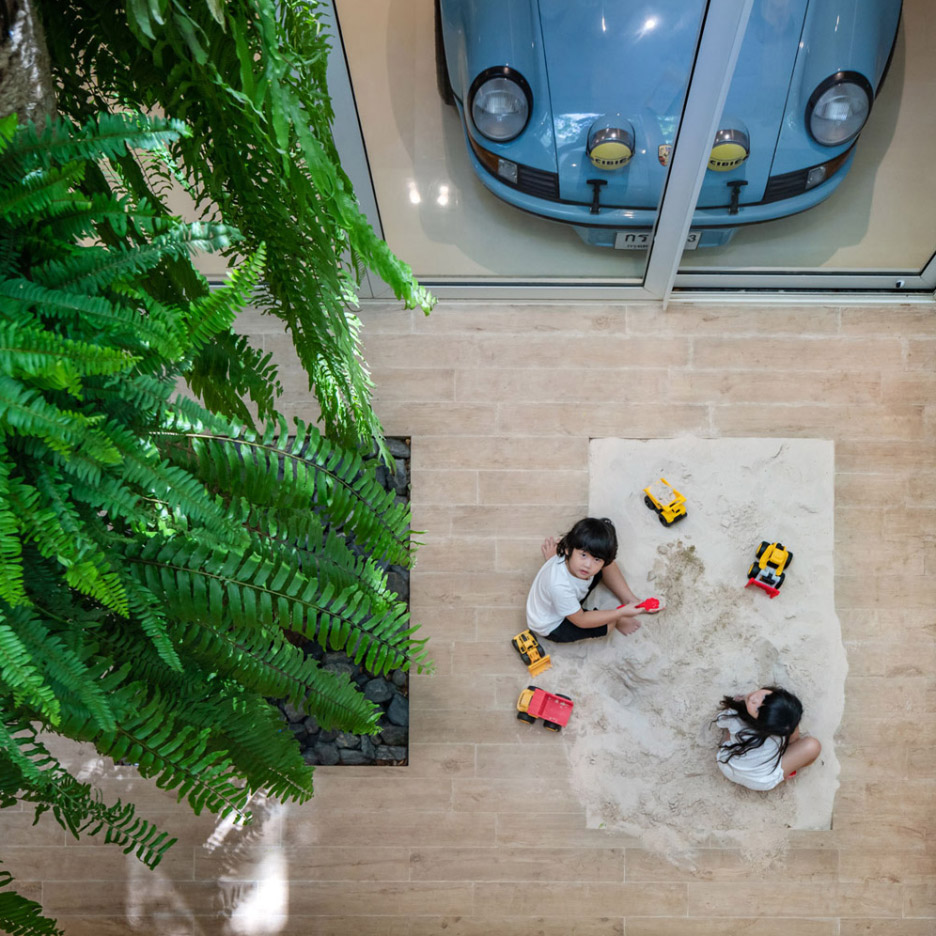 An indoor garage containing a vast collection of cars is the centrepiece of Basic House, the “clean-cut” home of architects Korn Thongtour and Nartrudee Treesaksrisaku in Bangkok.

Developed with their studio, Brownhouses, the dwelling conceals all its storage behind walls to enhance the pared-back aesthetic and retain focus on views of the garage throughout the home.

The post Ten self-designed homes that reflect the unique styles of their owners appeared first on Dezeen.