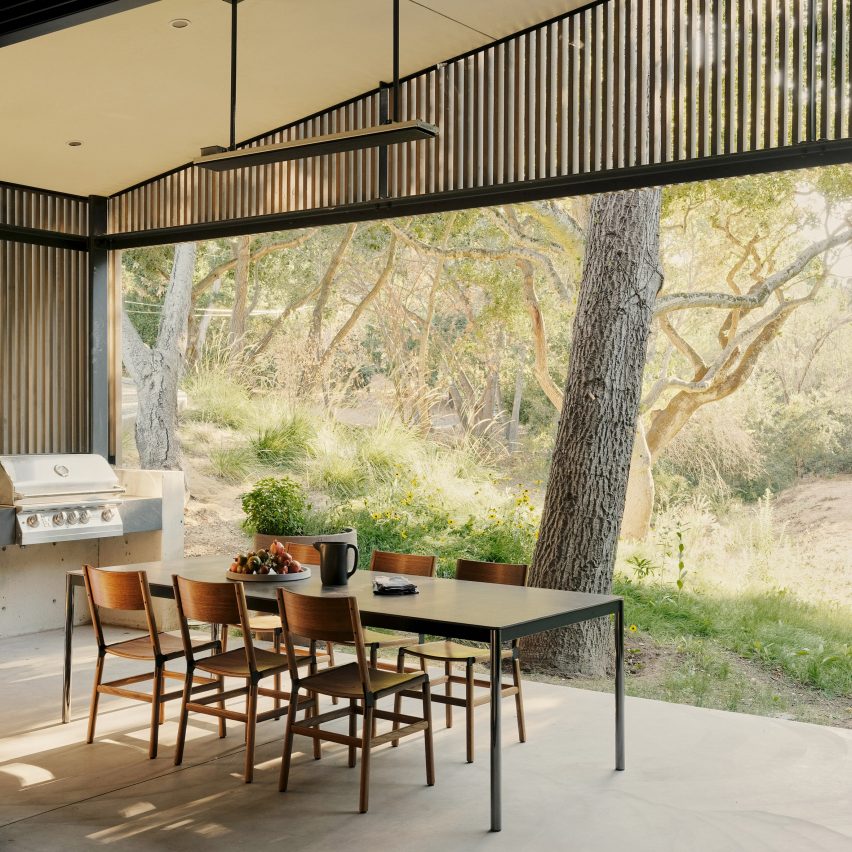 US studio Field Architecture has designed the dining room of this house in a suburb of Silicon Valley, California so it is open to the outdoors and frames an oak tree.

Field Architecture, which is based in Palo Alto, completed Dawnridge House in Los Altos Hills on a site with two key features: a creek that flows intermittently and large oaks. 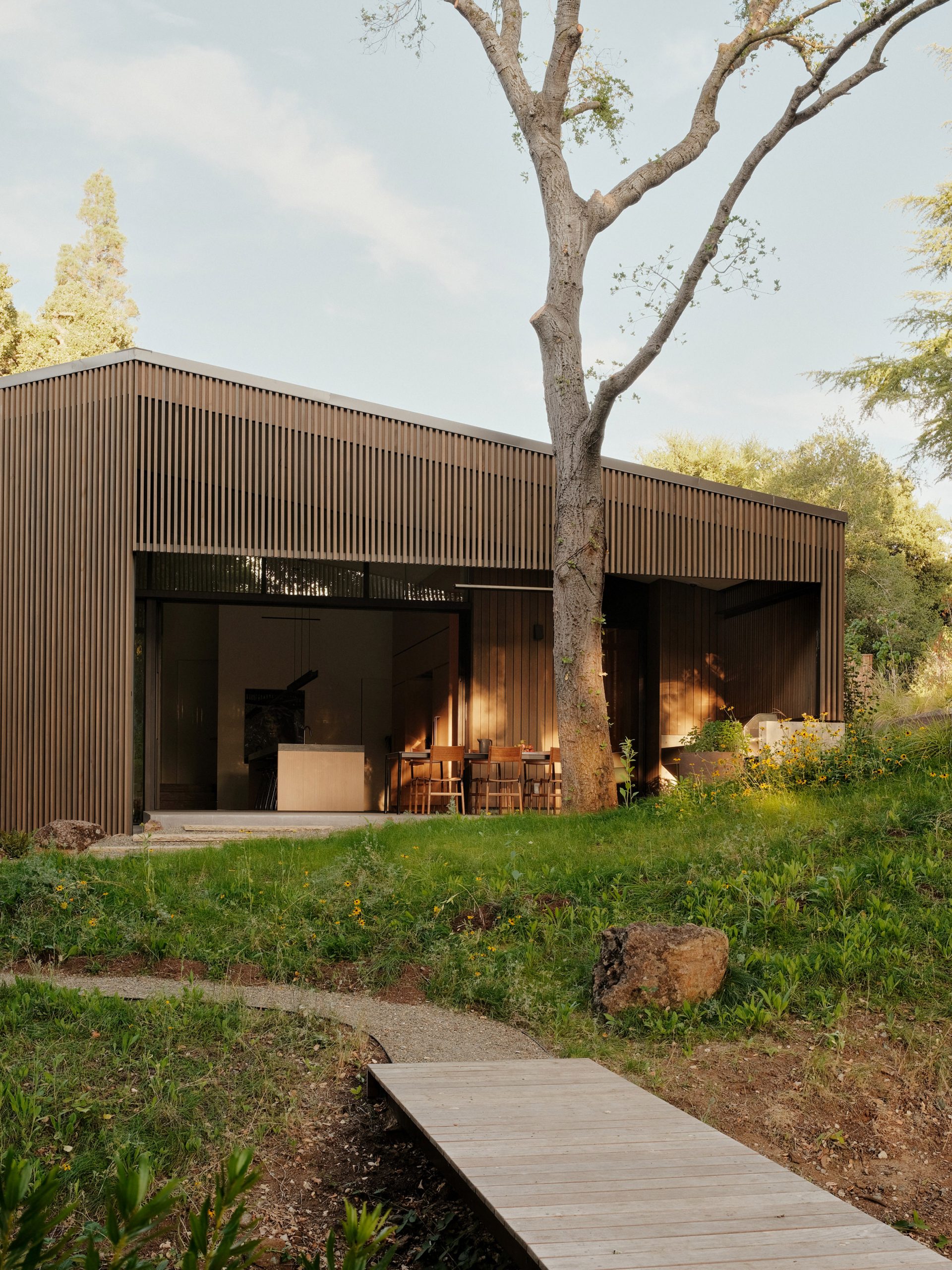 It is split into two volumes other so that it can wrap around one of the existing and also follow the flow of the water.

“Formally, a low-sloped ranch form splits to make room for the giant live oak tree on the site, that anchors the home by sheltering an internal courtyard,” said the firm. 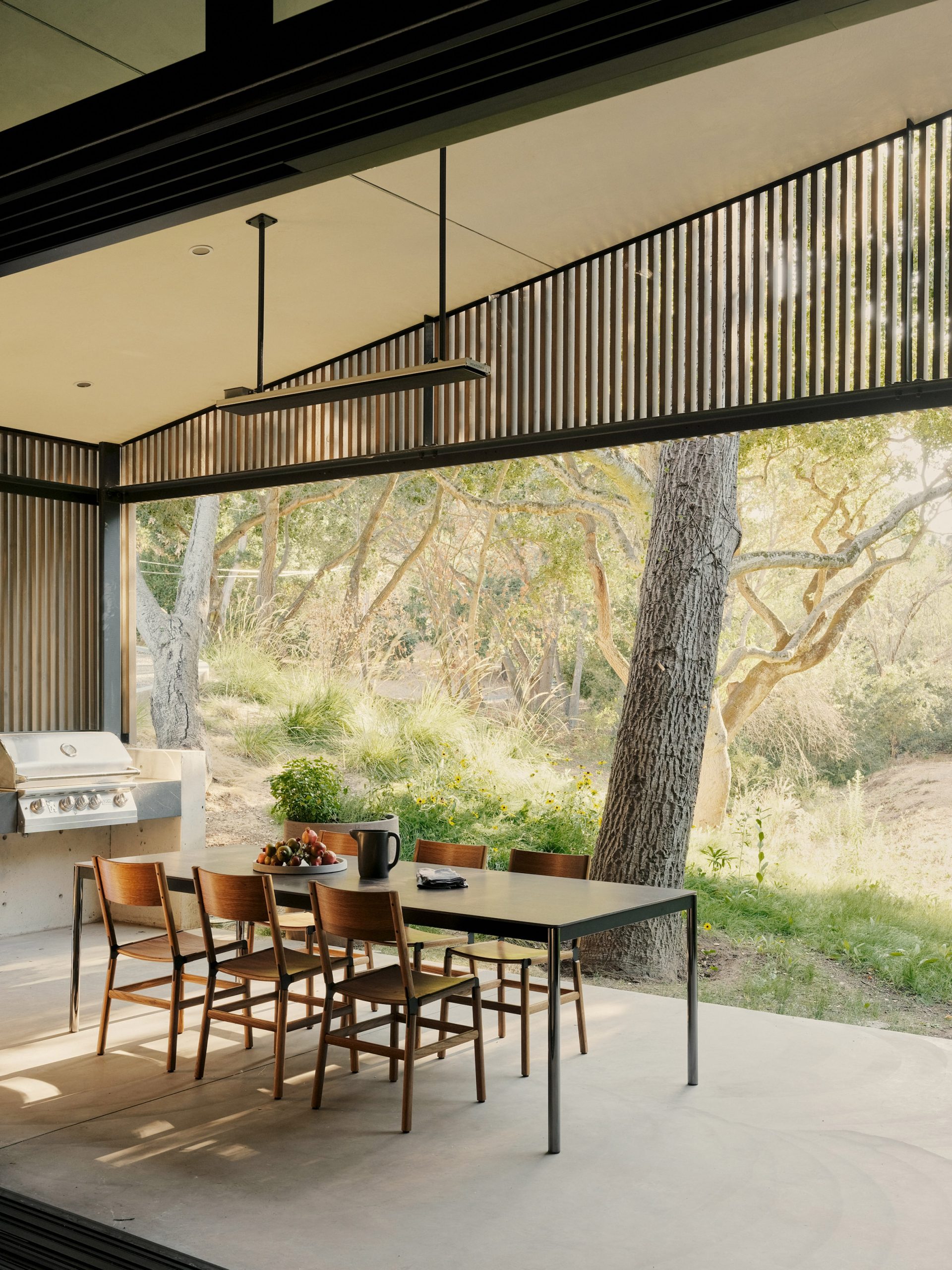 “The split in the building’s volume doesn’t just make room for the tree; it also follows the bend of the stream, settling in perfect complement to the shape of the land and breaking the symmetry of the building’s geometry,” it added.

Dawnridge House’s wings – one is one storey and the other is two – are linked by a tall glazed structure and encase an outdoor yard underneath the shades of the tree. 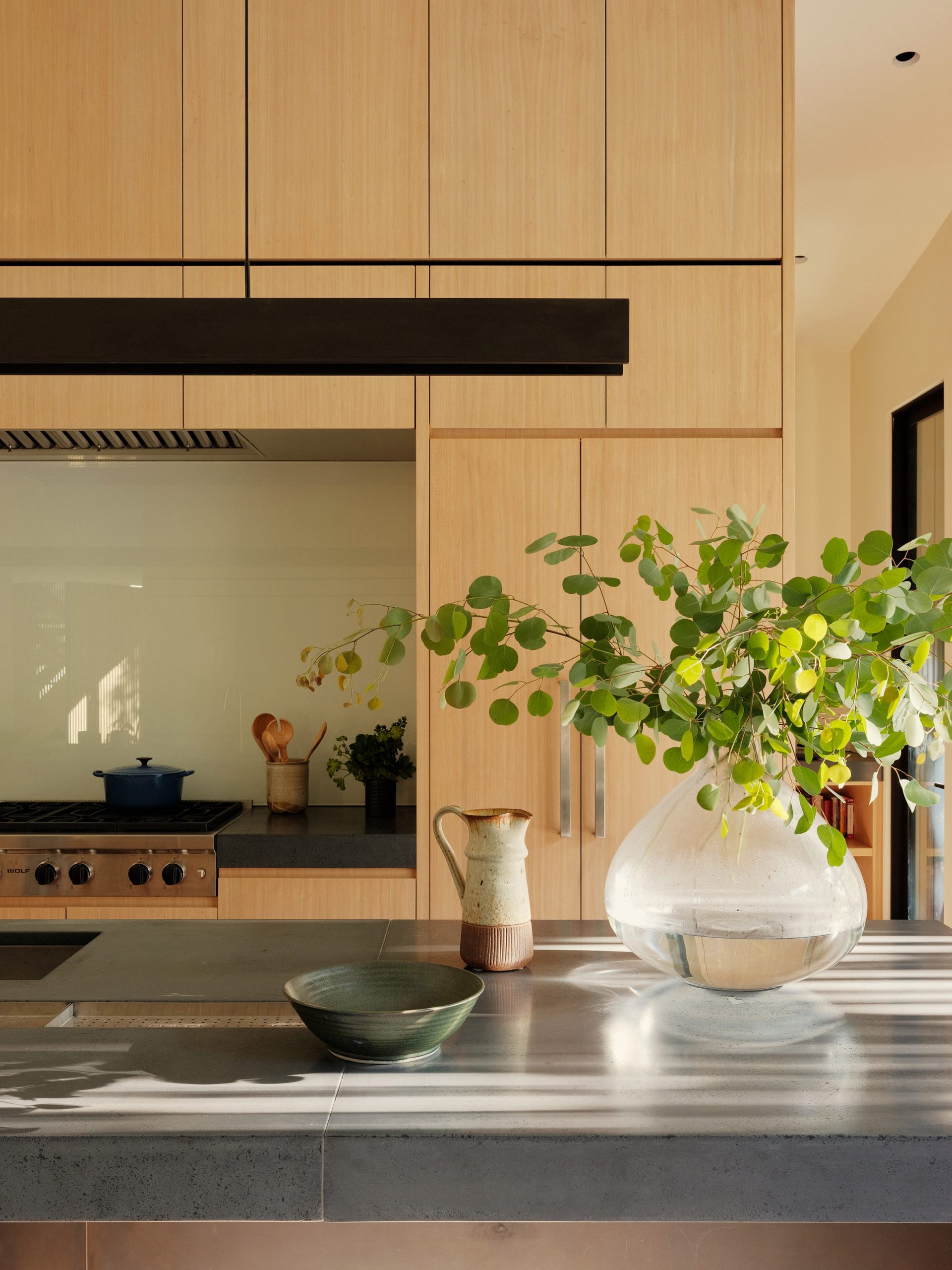 “This central knuckle of the home – located off the main living space – offers a melding of natural landscape with built form at its most elemental: the yard is sheltered on its sides by build form and above by the tree canopy,” Field Architecture added. 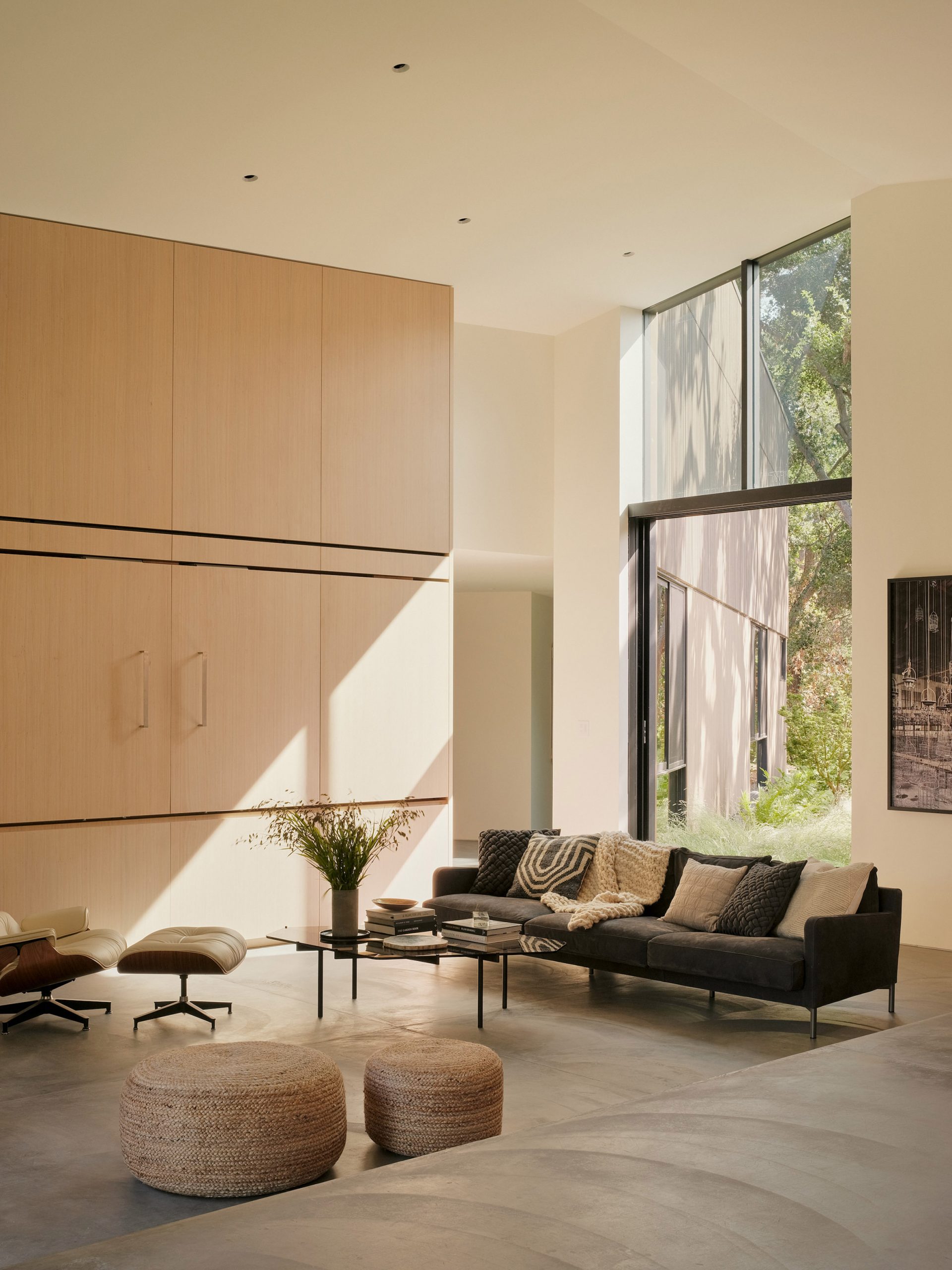 “We began with a careful study of the site’s topographical qualities, its native flora and fauna, and the particularities of its relationship to the areas that surround it,” the studio explained.

“We designated more than half of the site as a natural, protected habitat, prioritising the restoration of an intermittent freshwater stream that winds along the northern edge of the site.” 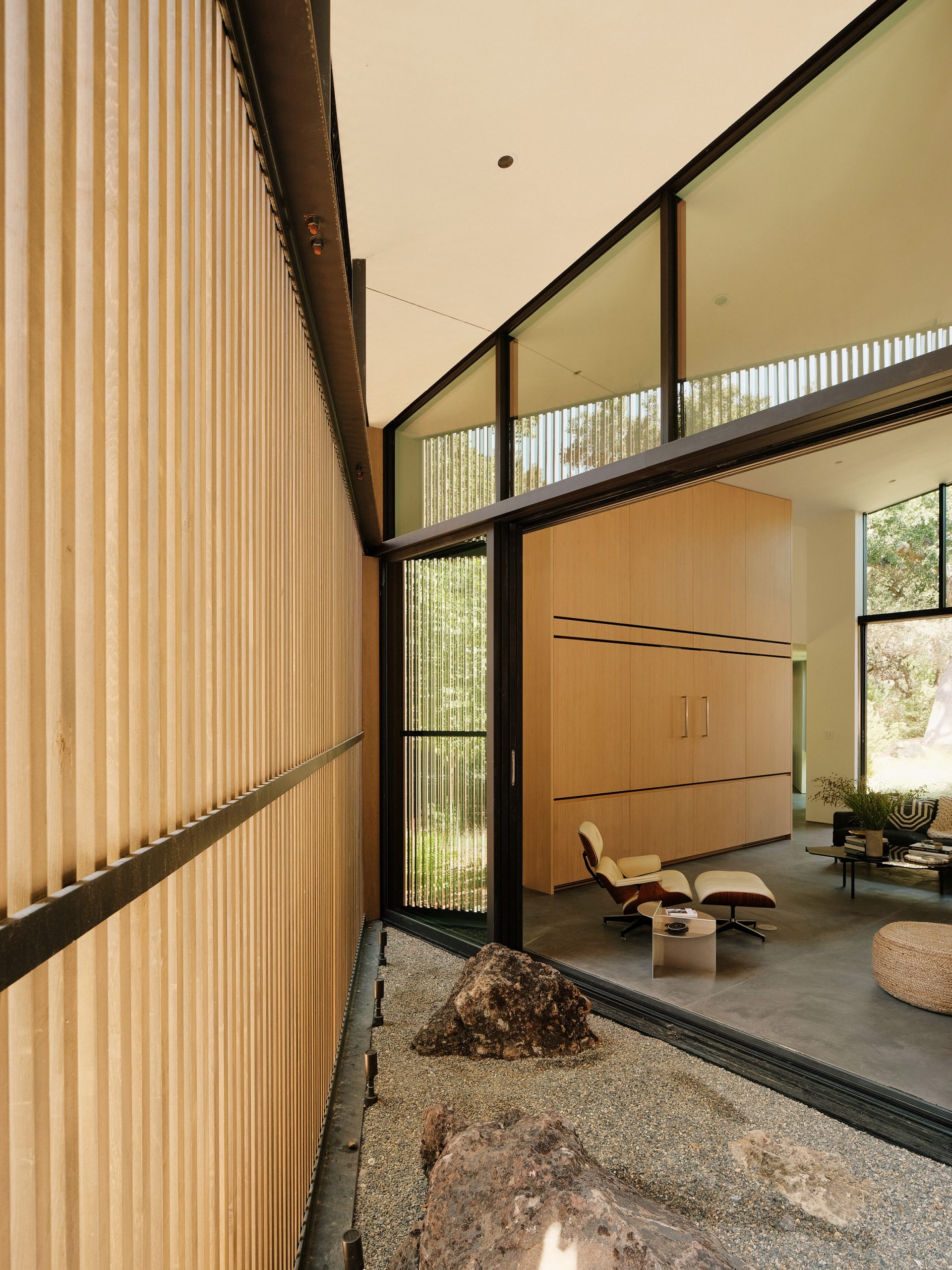 As part of an ambition to provide a strong connection to the outdoors, the studio designed the house’s dining room so that it is open to the outside. Sliding glass doors open the kitchen onto the covered dining area with a barbecue. A path leads from here into the woodland around. 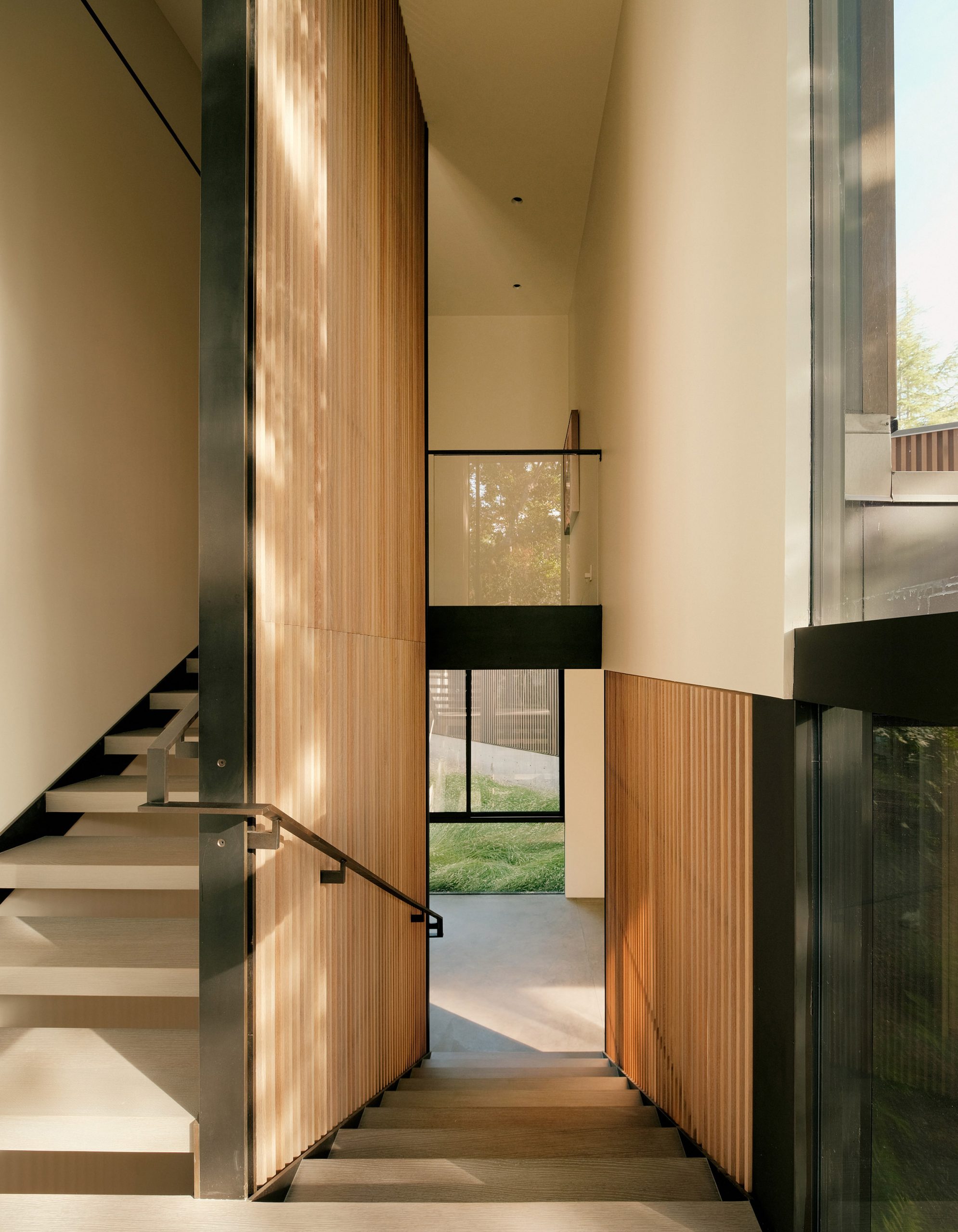 Glazing also links other spaces in the house to complementary outdoor areas including the living room, which opens onto a triangular gravel yard filled with large boulders “borrowed from the site”, and the master bedroom on the second level, which opens onto a terrace. Large amounts of glass throughout the residence also open up to vistas. 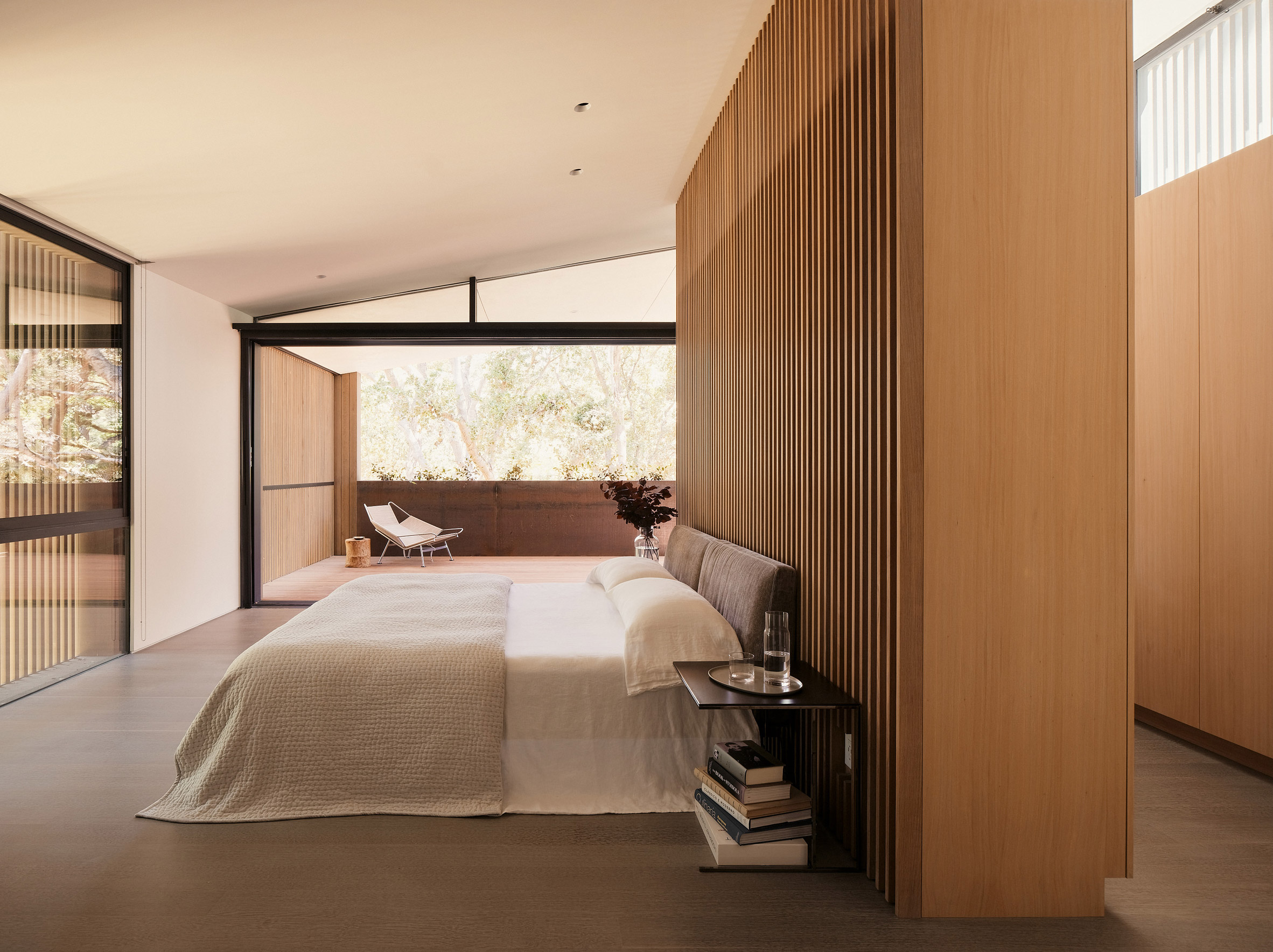 “The windows descend to the floor, allowing the grasses that blanket the grounds to sketch their shadows across the interior floors,” said the studio.

The glass is teamed with concrete and slatted cedar to forms part of a simple material palette that draws on the surroundings. 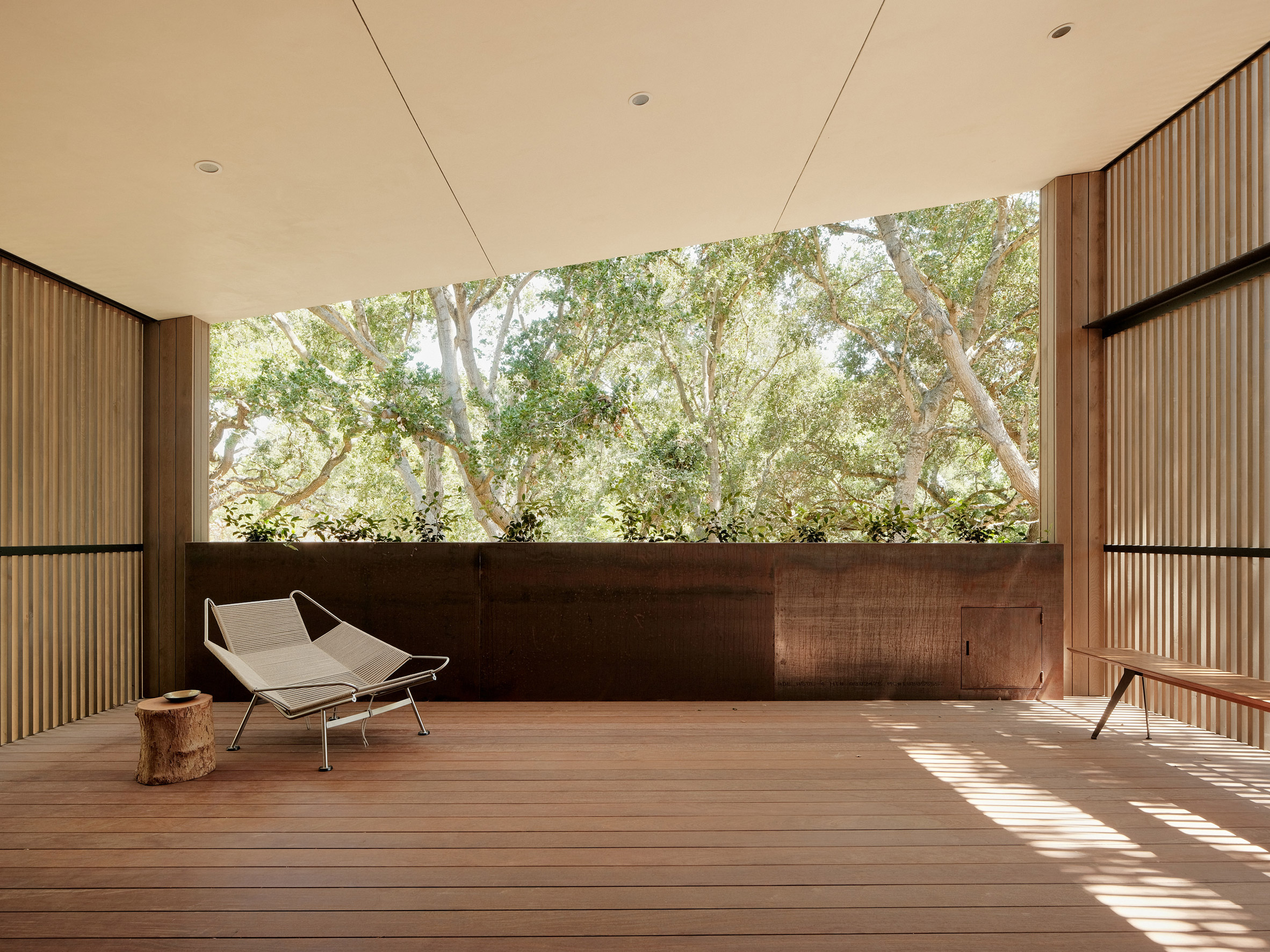 This is continued through the furnishings and decor with elements like grey stone flooring, pale built-in wooden cabinets in the lounge and the kitchen, and greyed wooden treads. Other details include wooden furniture – such as a table made from a tree stump – and muted textiles. 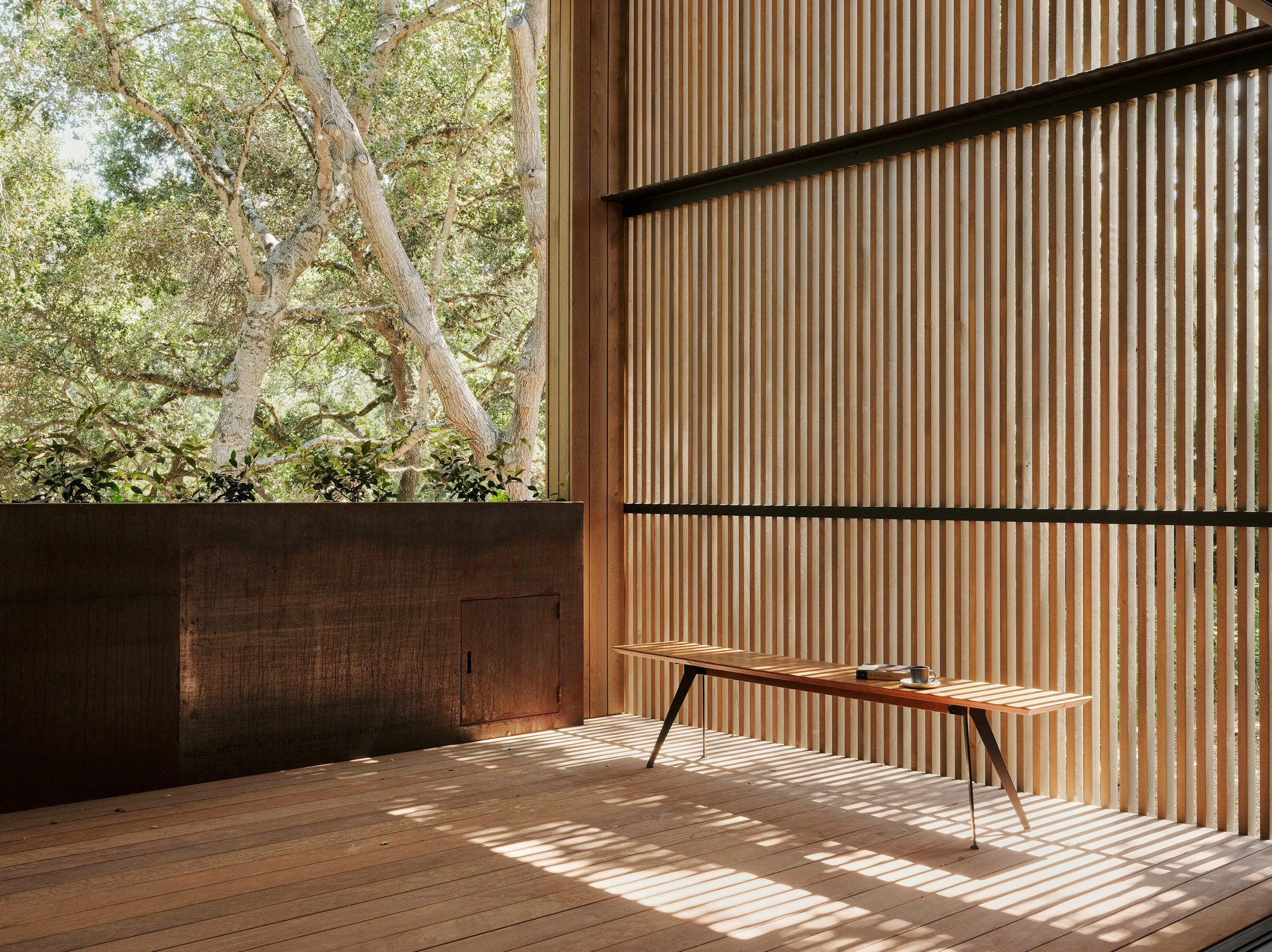 Field Architecture completed Dawnridge House in 2018. Other projects by the studio that are set in California’s natural habitats are Pinon Ranch home in Portola Valley, just south of San Francisco, which was also designed to ensure that no trees had to be removed from the site.

The studio has also completed two homes in Napa Valley – the wood-clad Zinfandel House, which takes cues from vernacular architecture, and the Sentinel Ridge dwelling, which has facades wrapped in salvaged wood and tan stucco.

Photography is by Joe Fletcher.