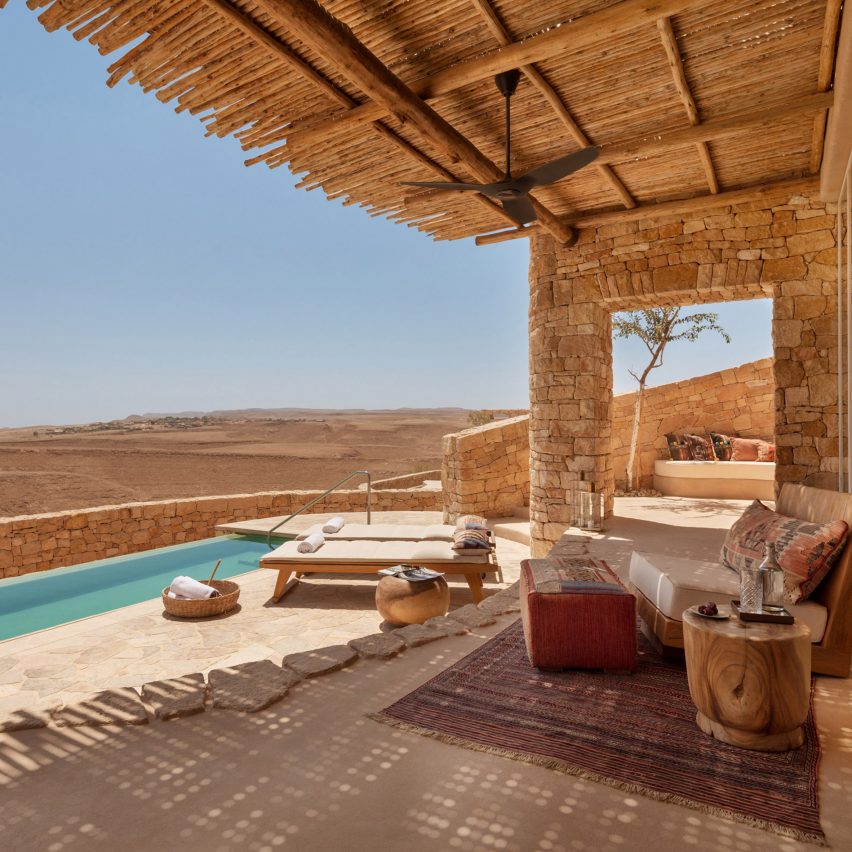 The hotel Six Senses Shaharut spans 46 acres (18 hectares) in the tiny desert community of Shaharut in the far south of the country. 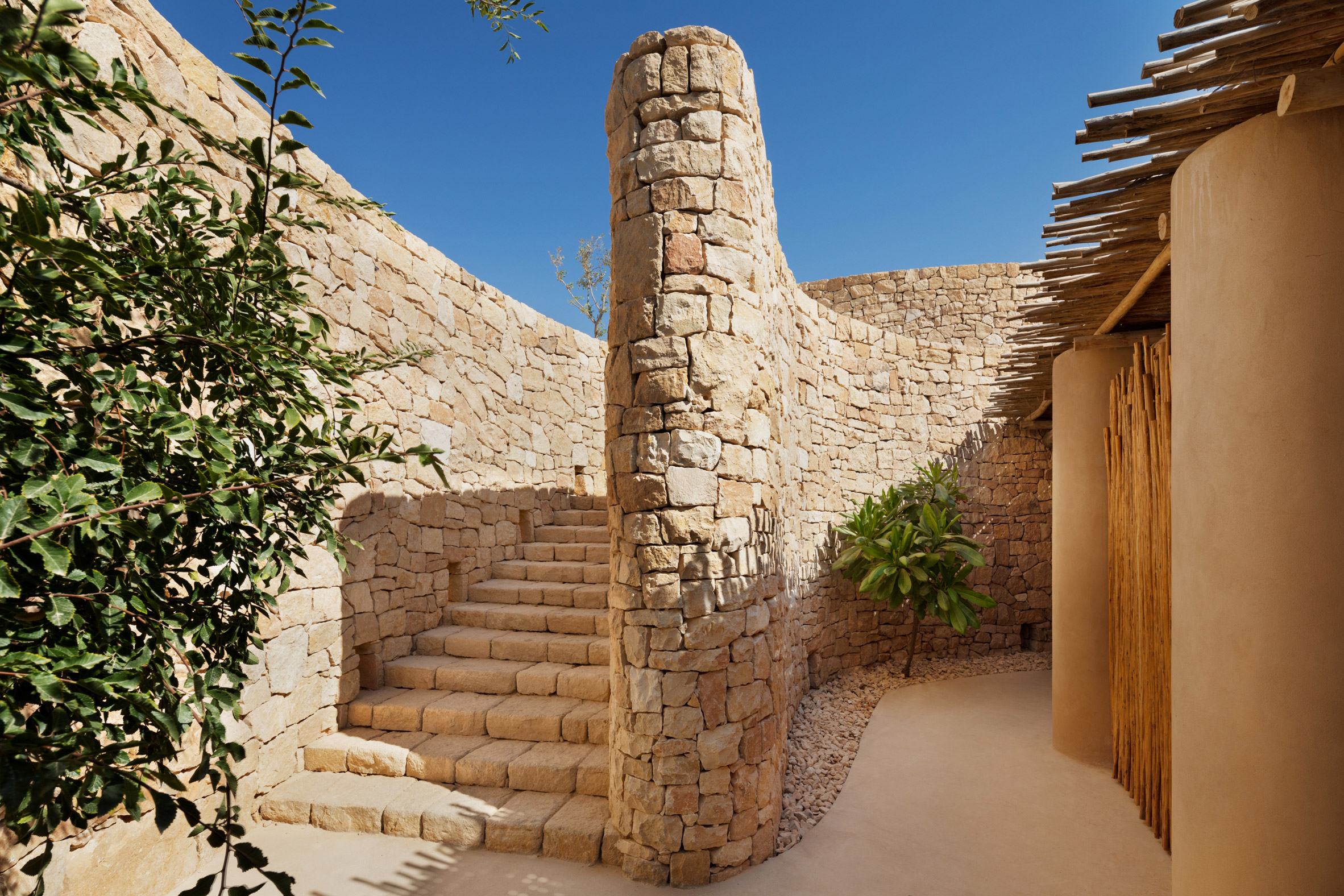 Pleaser Architects designed the resort on a sandy site that includes 60 suites and villas with expansive views of the Arava Valley and ridges of the Edom mountains.

The studio partially buried many of the buildings into the ground and built them with rough-hewn limestone and flint excavated from the site, as well as thatched roofs, outdoor walkways and swimming pools. 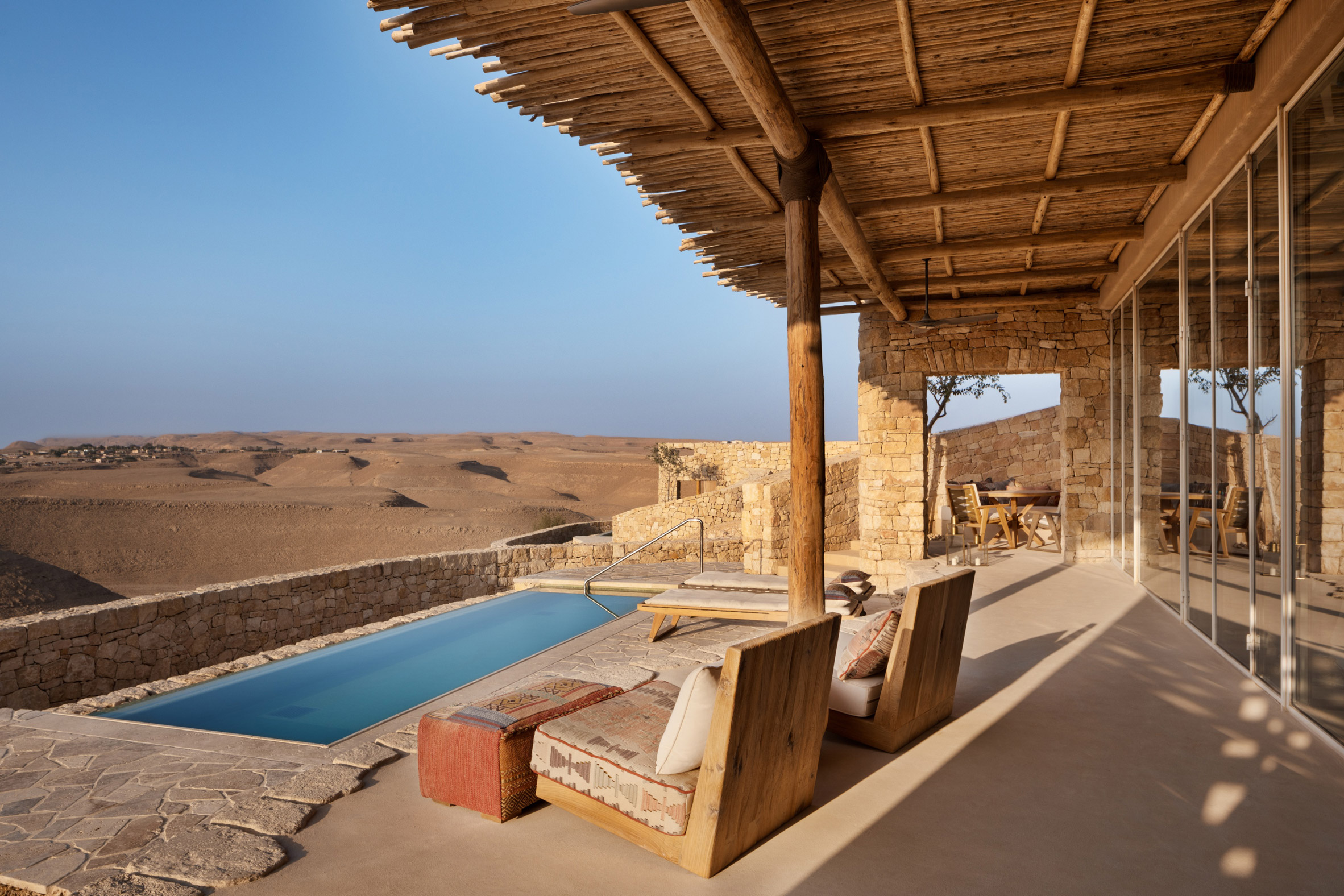 “We wanted the stones, the patterns, the textures and the colours to be omnipresent, resulting in architecture that is woven in with the natural elements,” Pleaser Architects said.

The design is intended as a modern interpretation of architecture from the region’s ancient civilisations, particularly the nomadic Nabataeans who were skilled traders and specialised in carving their capital city Petra into the rocky cliffs of nearby Jordan. 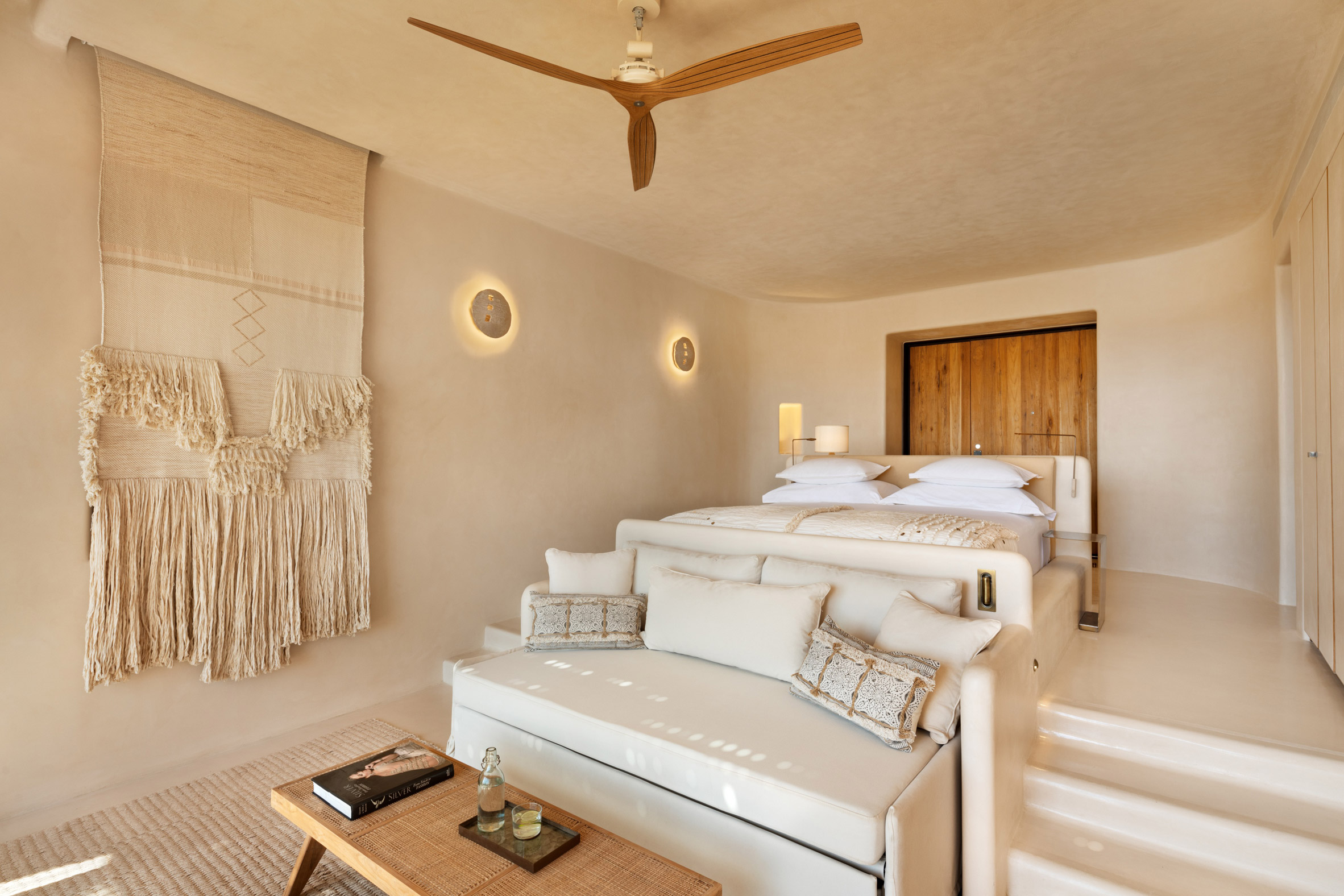 “The design of the property is the result of a dialogue between protecting and taking advantage of the unique characteristics of the site, which together build the memory and experience of visiting the Negev,” said the studio.

“This manifested in a concept that is a modern interpretation of nomadic structures, reminiscent of the Nabataean community which occupied the area over 2000 years ago.” 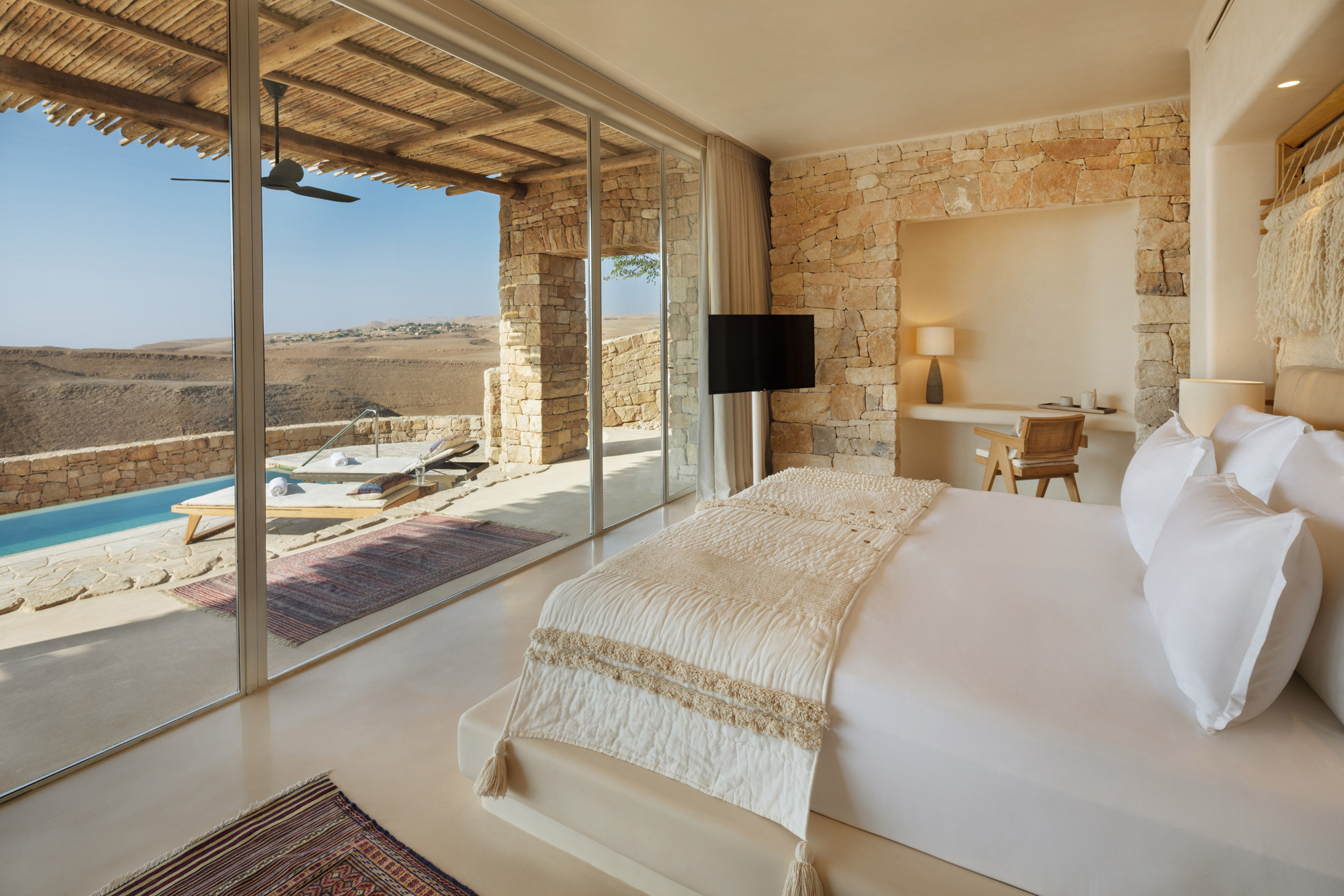 Local craftsmen also worked on the Six Senses hotel, including carpenters, welders and masons, and a nearby kibbutz or collective Neot Smadar supplied glass-reinforced concrete for the construction.

All of the hotel suites have private patios, and the large villa offerings have indoor living rooms and private swimming pools. A three-bedroom villa is outfitted with a spa, steam room, gym and Boffi kitchen. 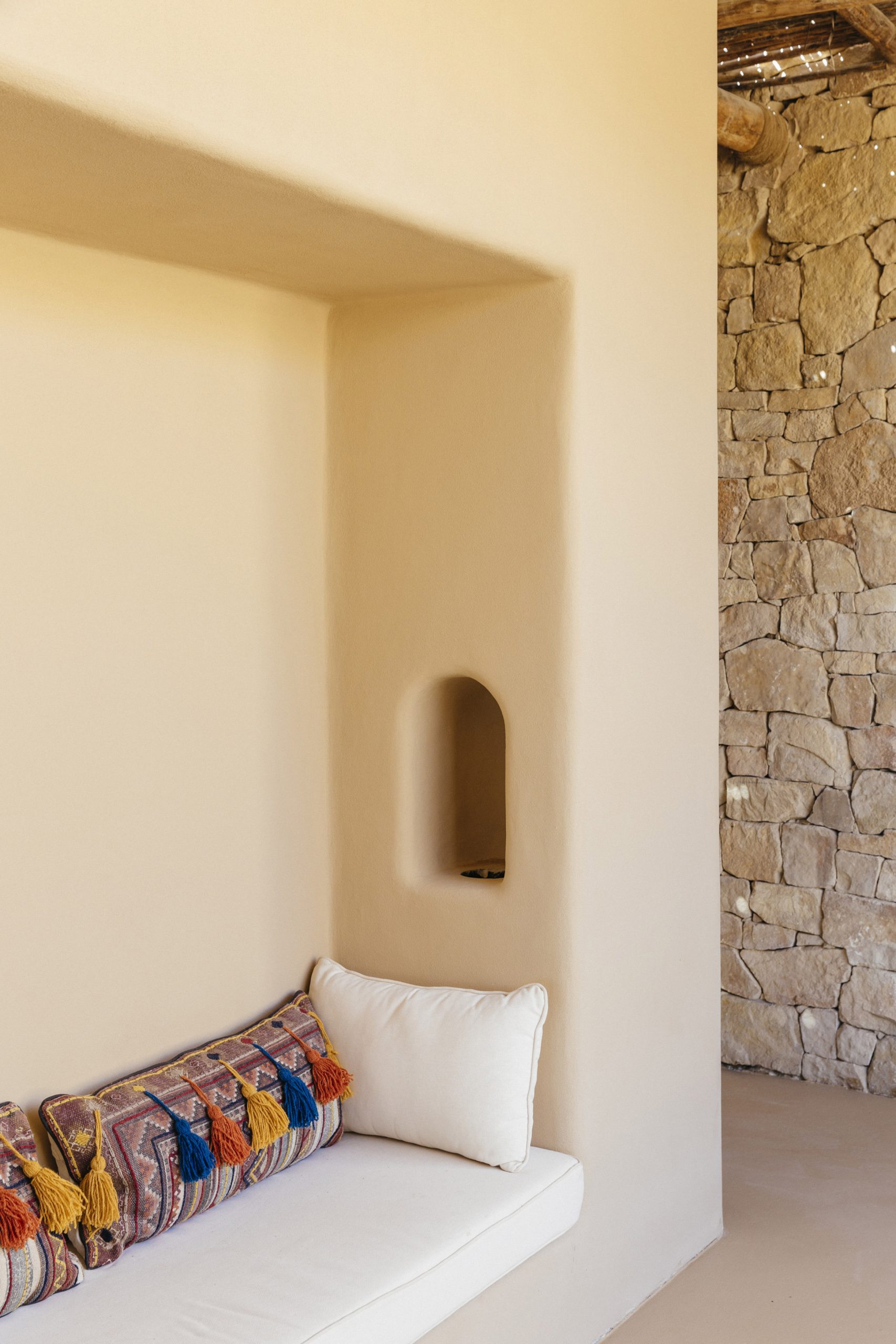 The interiors have a minimal, pale aesthetic with white linens, plaster walls using the traditional Moroccan technique Tadelaktand, and sliding glass doors to usher in views of the desert.

“An intentionally restrained base palette of stone, wood, copper, and fabric is used to reflect the natural surroundings of weathered rock, vibrant sunsets, and minimal vegetation,” the studio added. 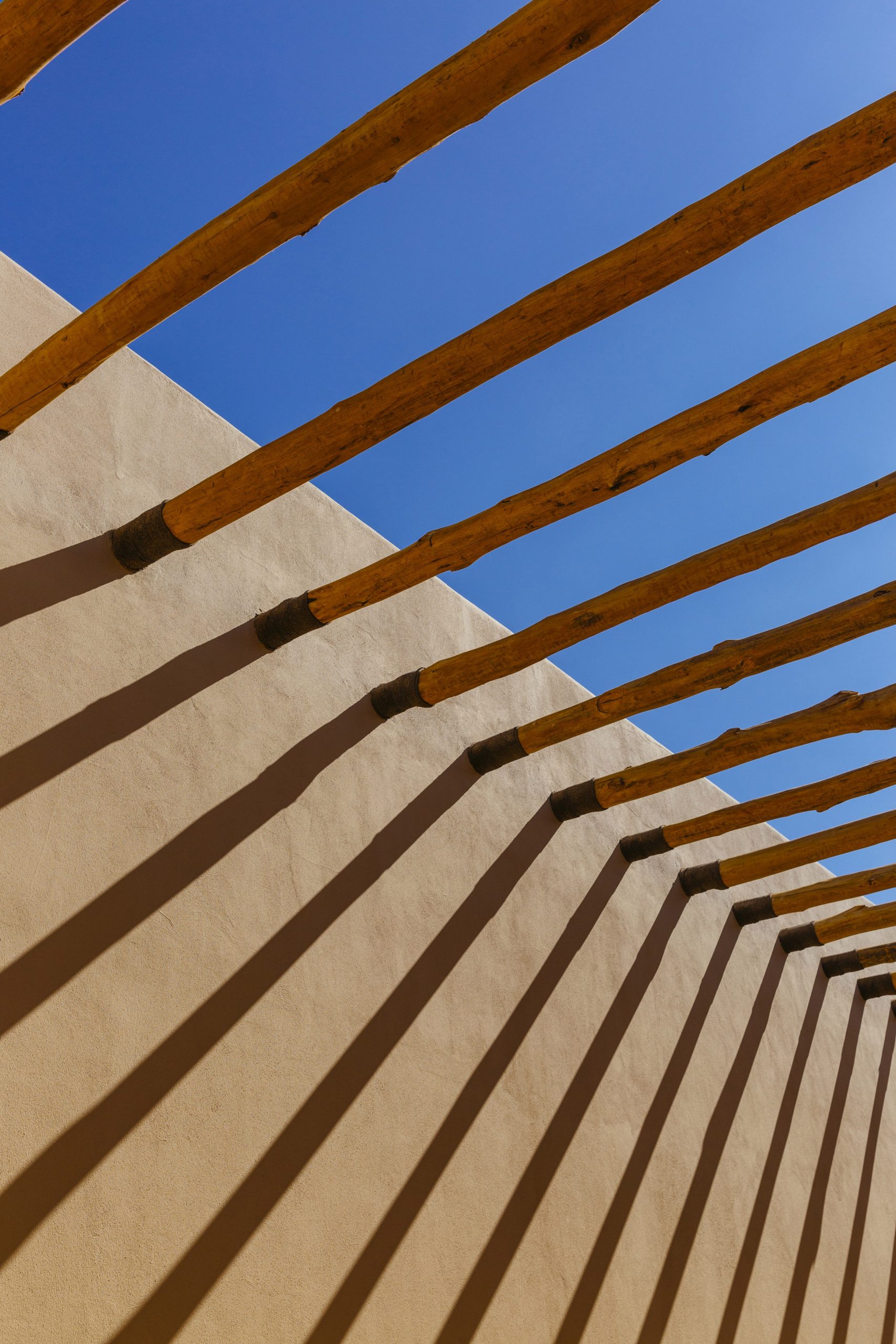 Colourful details reference the ancient trade routes that passed through the region to connect Asia to the Mediterranean Sea and include pottery by Tel Aviv artist Rachel Elimelech Urbach and textiles by artist Erez Nawi.

Several doors were custom-made from teak that was rescued from houses, boats and footbridges. 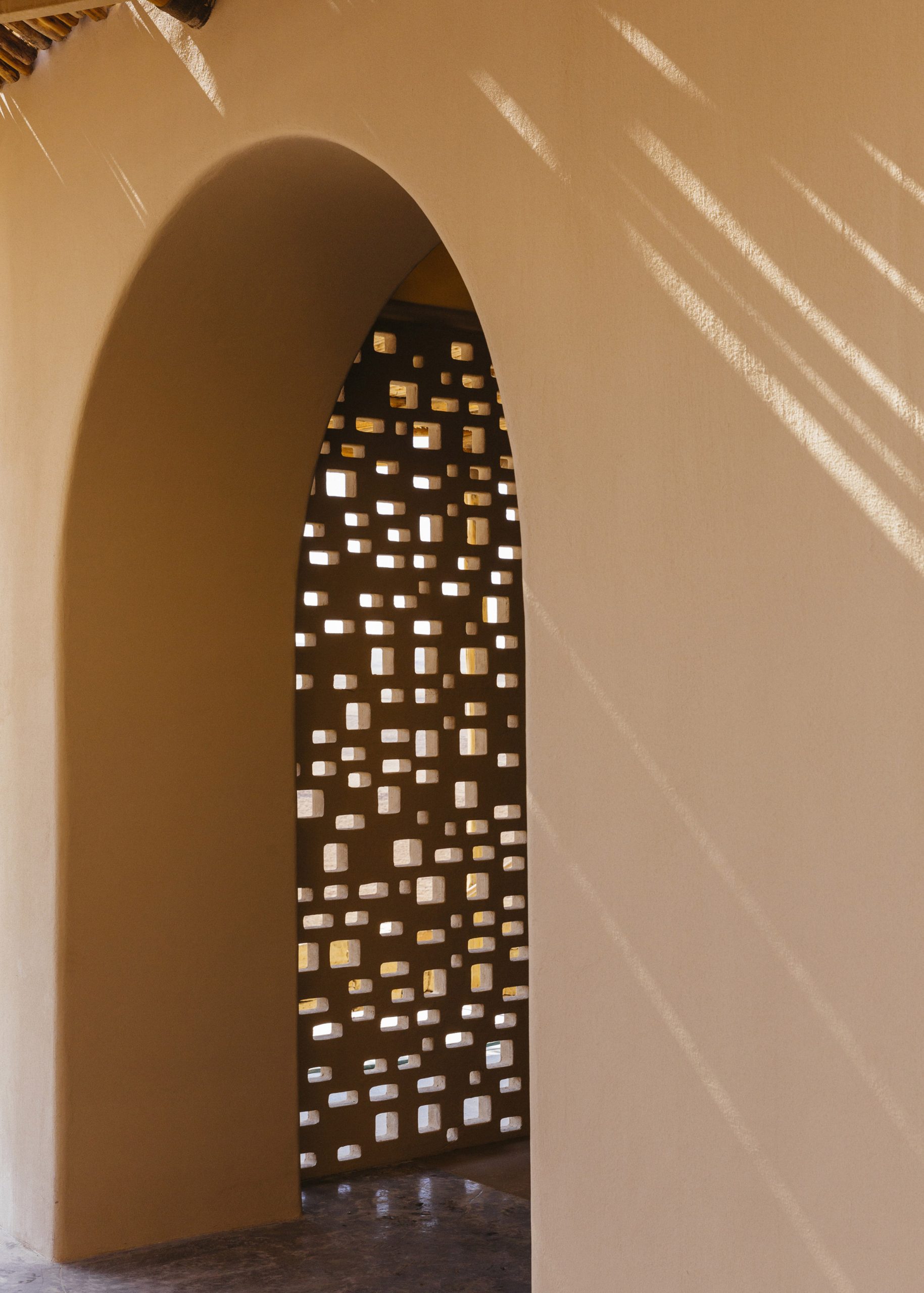 The project is part of Six Senses Hotels Resorts Spas’ international portfolio which includes Six Senses Bhutan that was awarded this year’s AHEAD Asia prize for best resort. 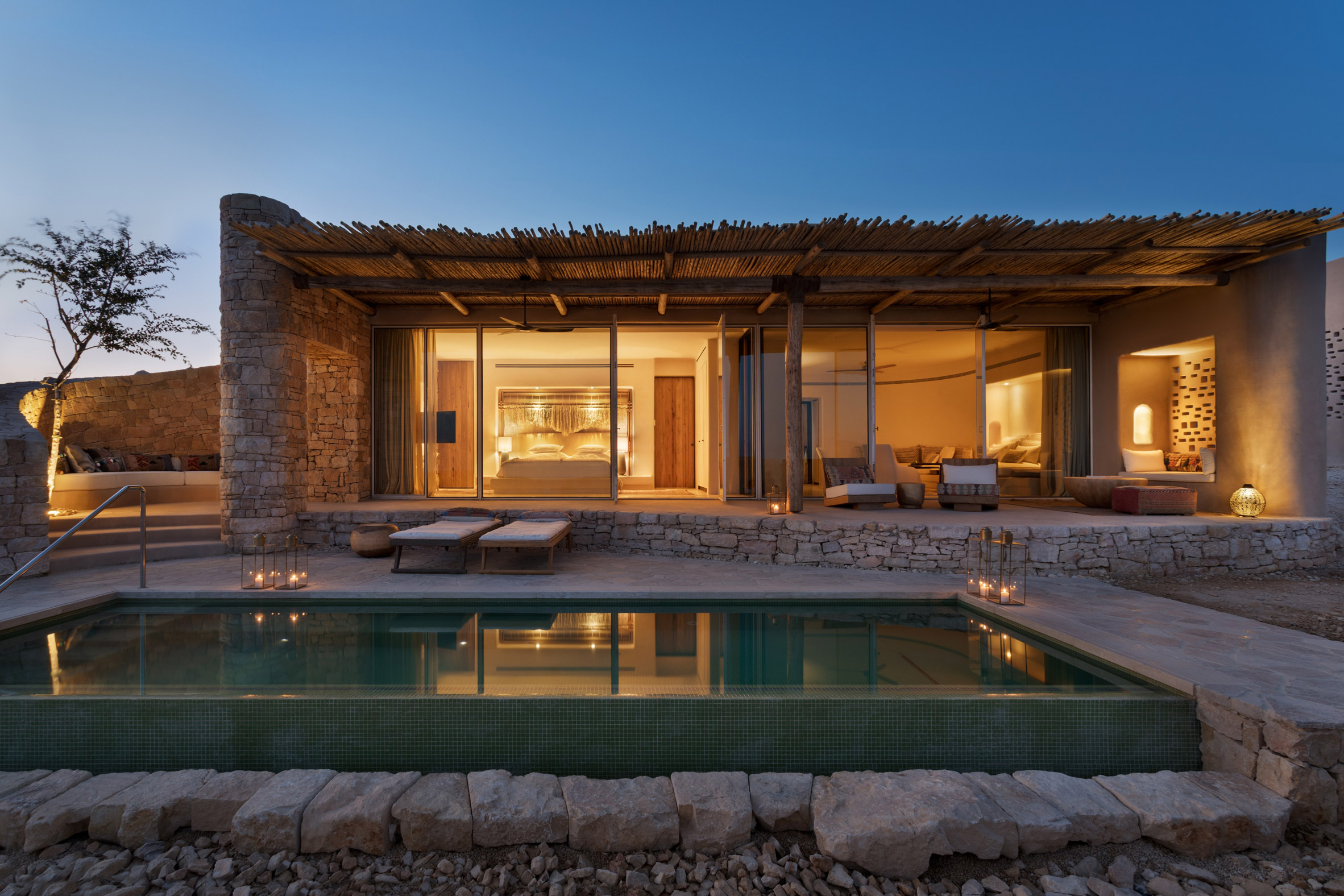 Danish architect Ulrik Plesner founded Plesner Architects in Israel in the 1970s after working for Arup in London, and the studio is led by his daughters Daniella and Maya.

Ulrik himself designed an addition for a brick house in England by Danish architect Jørn Utzon in 1961 that has been renovated by British studio Coppin Dockray.

Photography is by Assaf Pinchuk.