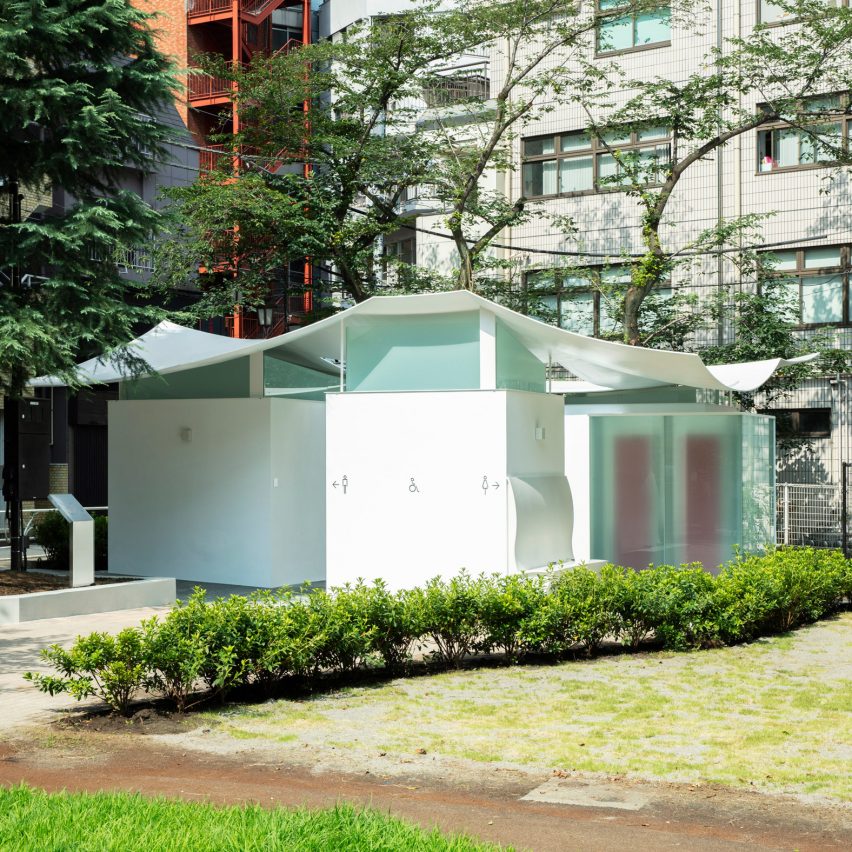 Pritzker Prize-winning architect Fumihiko Maki has designed a facility for the Tokyo Toilet project, replacing a public restroom in Tokyo‘s “Octopus Park” with a new facility topped with a thin white roof that it has dubbed the Squid Toilet.

Built as part of the Tokyo Toilet project to upgrade toilets in the downtown Shibuya district by the non-profit Nippon Foundation, the facility was put up in the Ebisu East Park, which is known as the Octopus Park due to an octopus-shaped slide.

Maki’s studio, Maki and Associates, designed the building to be a pavilion that, as well as a toilet, could also be used as a place for people to rest. 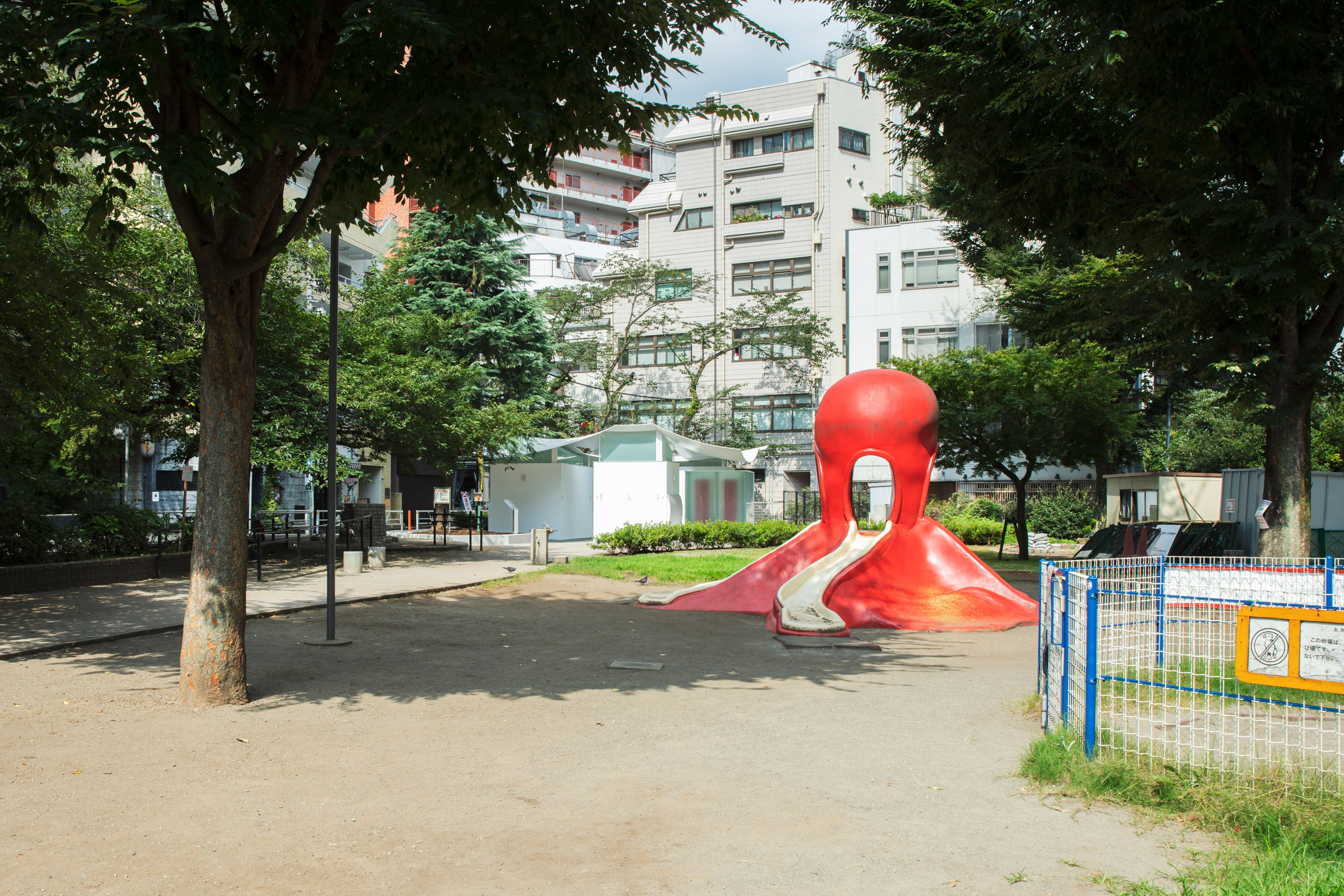 “Ebisu East Park is a popular neighbourhood park that is used as a children’s playground and is filled with lush greenery,” explained Tatsutomo Hasegawa, an associate at Maki and Associates.

“We wanted this facility to function not only as a public restroom but as a public space that serves as a park pavilion equipped with a rest area.” 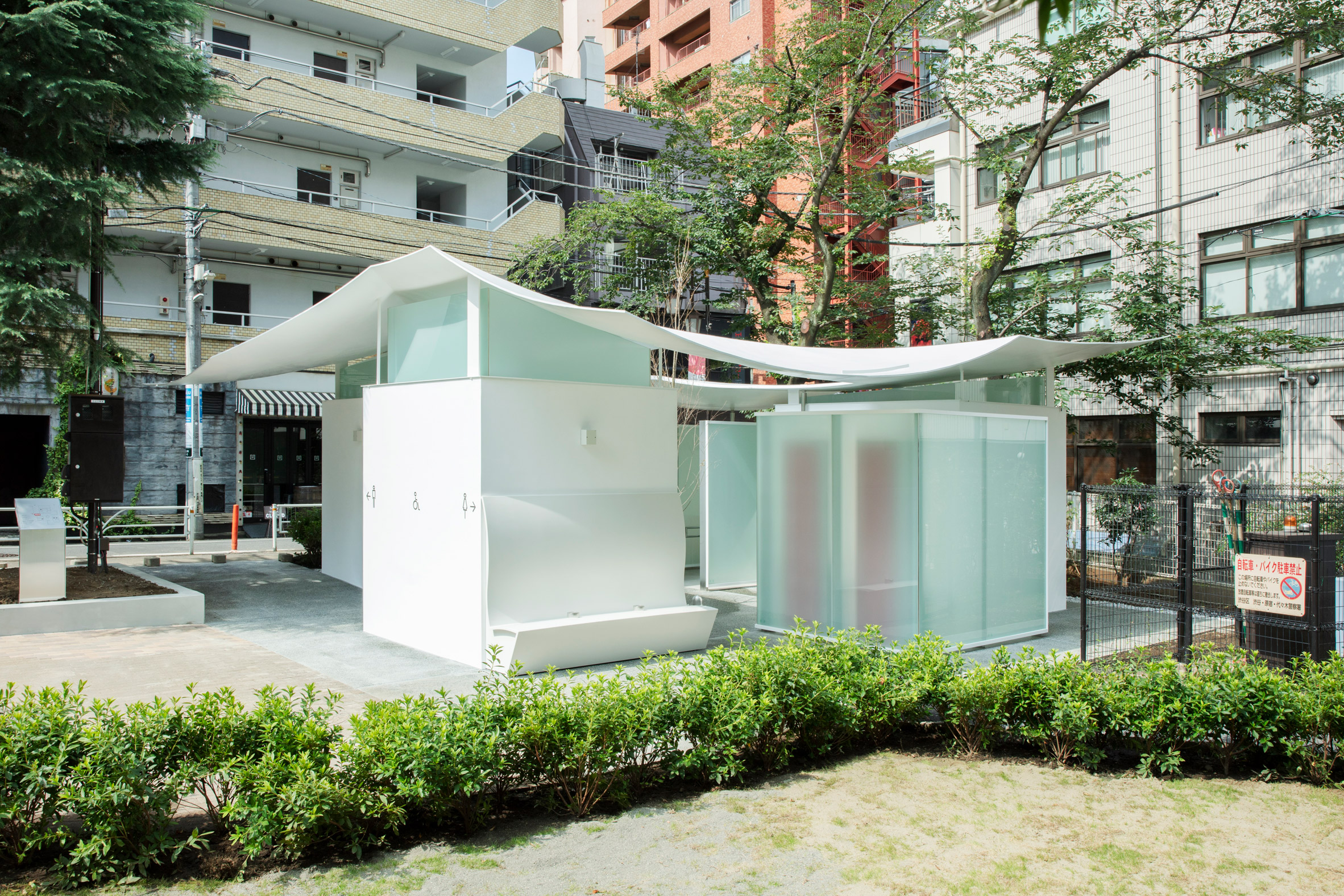 The toilet’s functions are divided into four small structures made from a combination of white walls and frosted glass.

The blocks surround a compact courtyard, which contains a small tree, and are topped with a thin, curved, white roof. 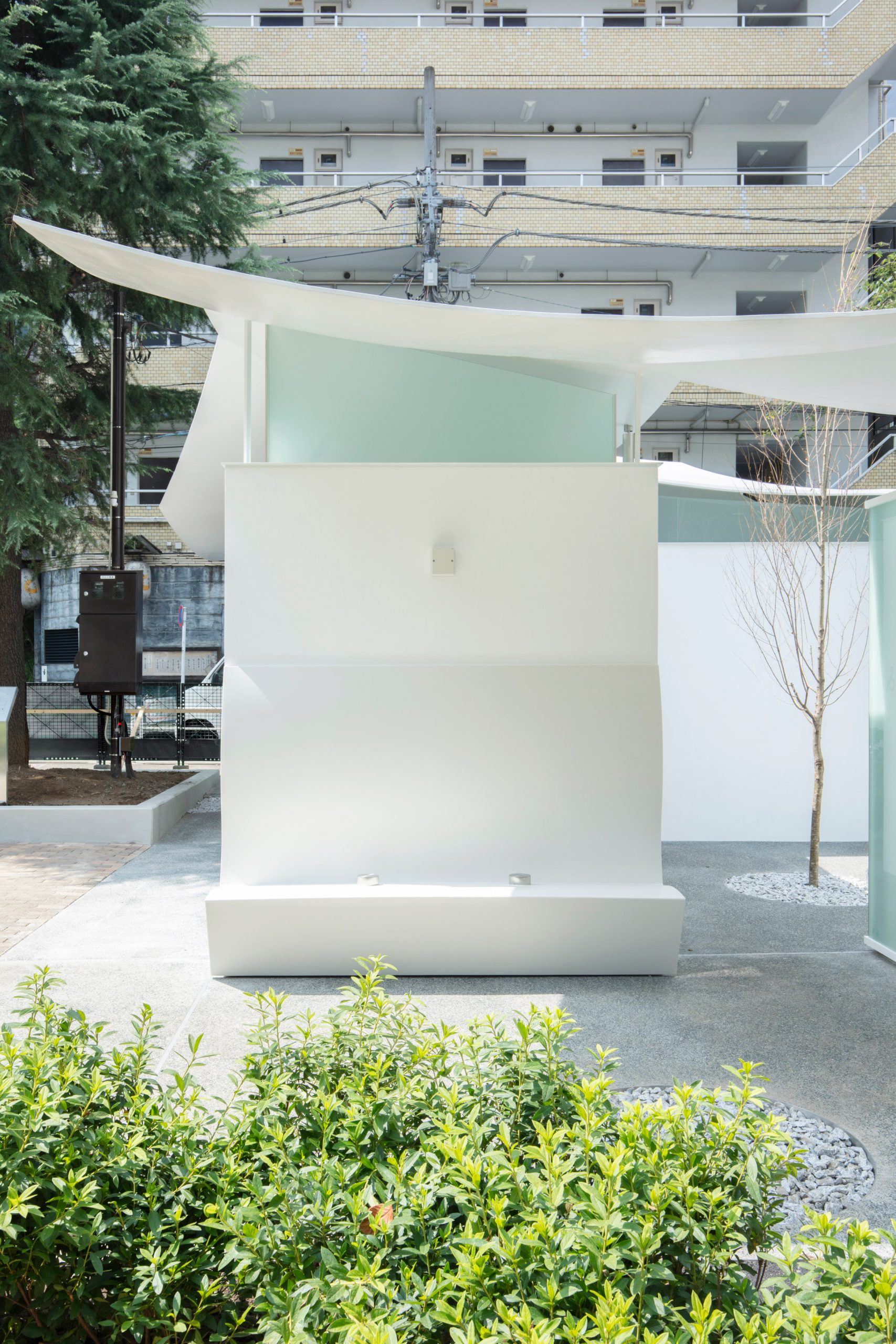 “Thinking about a variety of users, from children to people on their way to work, we wanted to create a safe and comfortable space that uses a decentralized layout to allow for good sightlines throughout the facility,” said Hasegawa.

“The cheerful roof that integrates the different sections promotes ventilation and natural light, creating a bright and clean environment while giving the facility a unique appearance similar to playground equipment.” 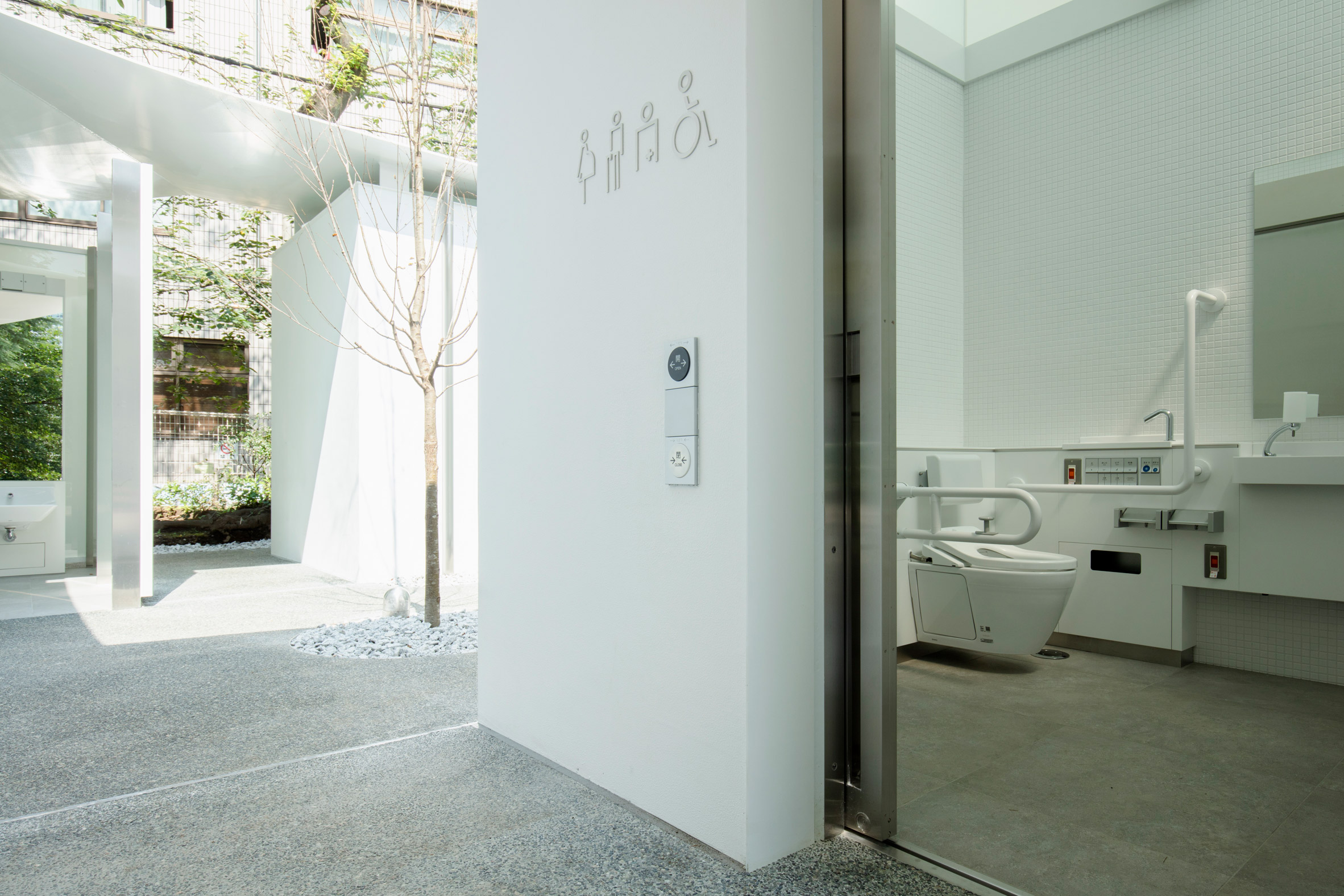 Three white blocks contain an accessible toilet, which has a seat built into one of its external walls, and male and female toilets that each have outdoor sinks that are also covered by the roof. 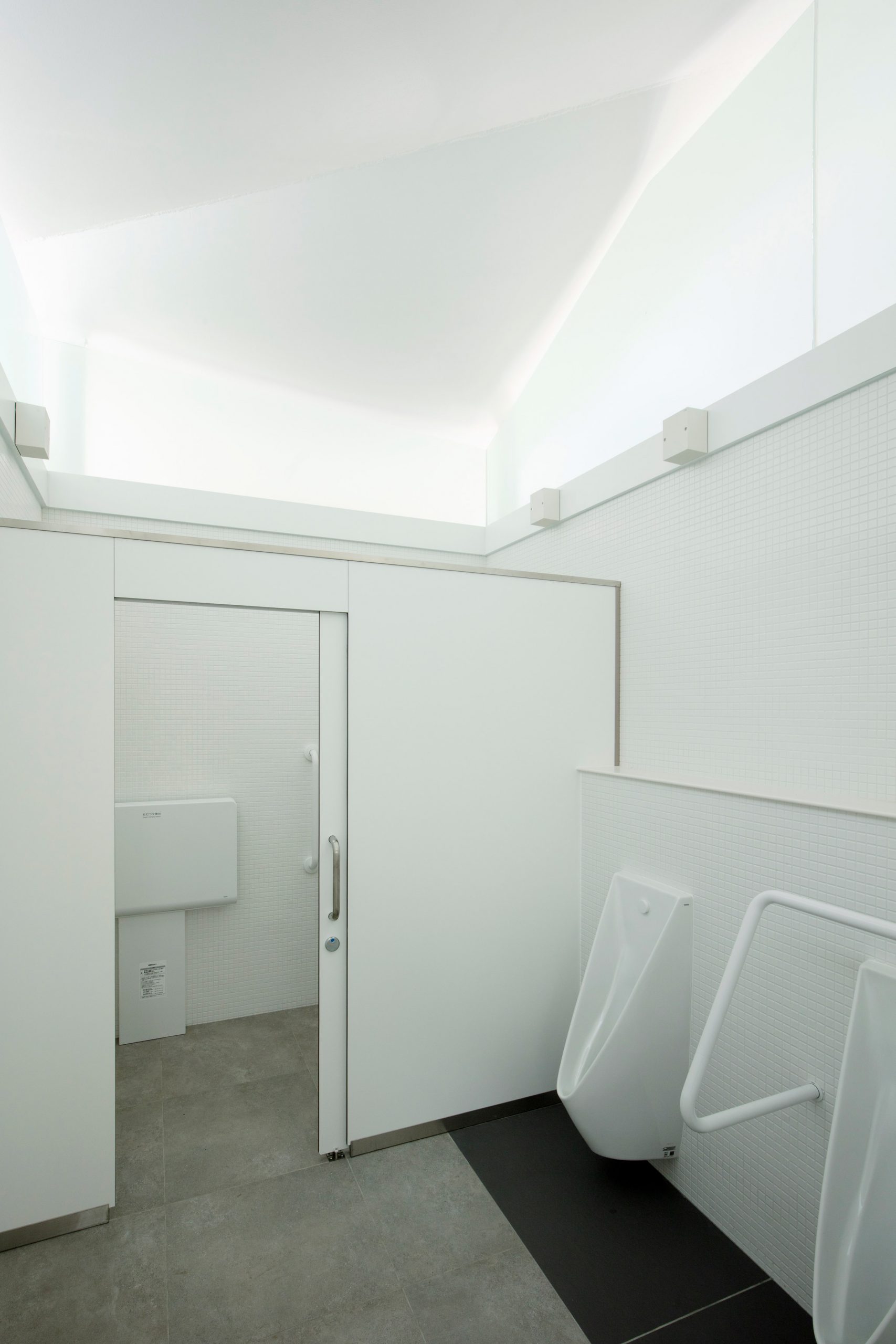 Maki and Associates hopes that its toilet block will be enjoyed as much as the bright red octopus slide that gives the park its nickname.

“Ebisu East Park is also known as ‘Octopus Park’ because of its octopus playground equipment,” said Hasegawa. “We hope this new facility, the ‘Squid Toilet’, will become a popular addition to the park.” 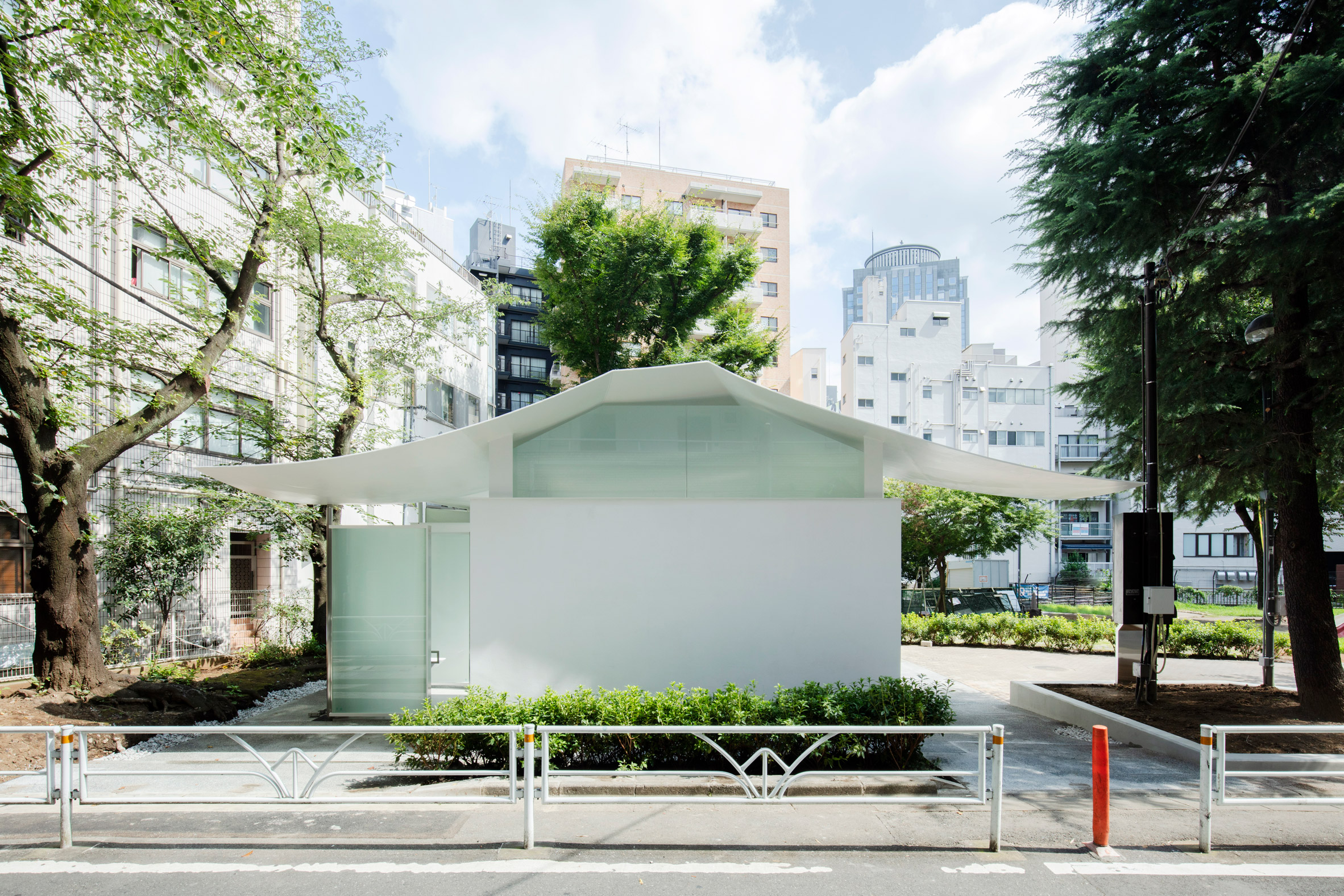 The toilet block was completed as part of the Tokyo Toilet project, which will see 17 bathroom facilities built by leading architects including Pritzer Prize-winners Toyo Ito and Tadao Ando over the next year.

Fellow Pritzer Prize-winner Shigeru Ban designed two transparent toilets as part of the project, while Japanese designer Nao Tamura based her contribution on the Japanese craft of Origata.