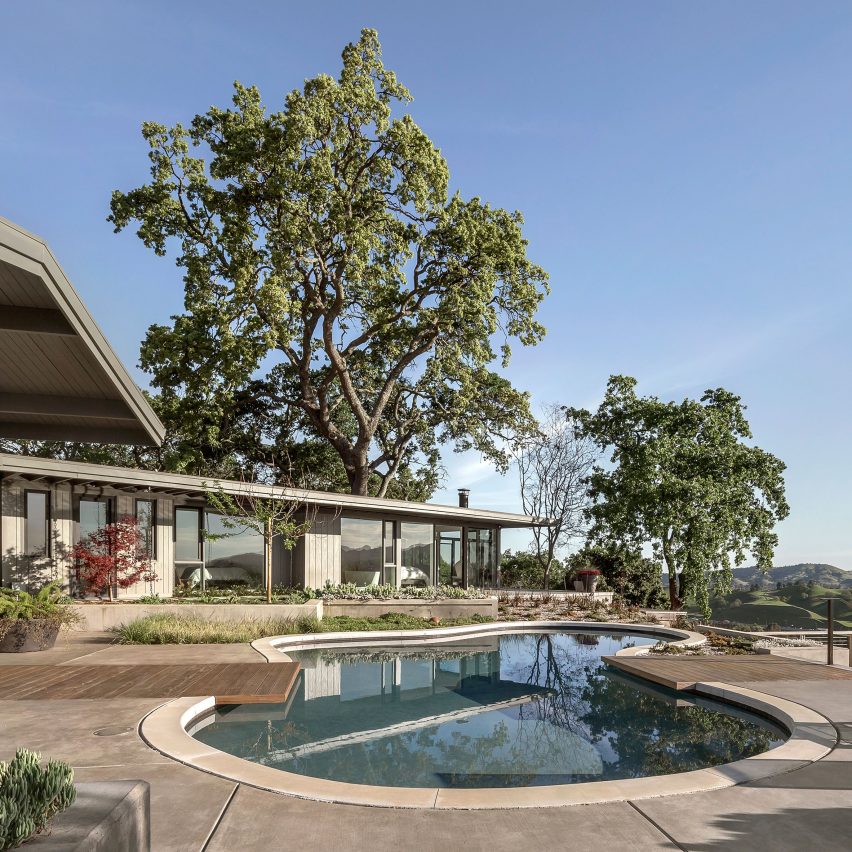 Design collective Framestudio has completed the renovation of this mid-century house near San Francisco, which was designed by architect Henry Hill in a boomerang shape around a swimming pool.

The house called Ridgewood is located in Alamo, a suburb 20 miles east of San Francisco, and was completed in 1959 by Bay Area architect Hill. 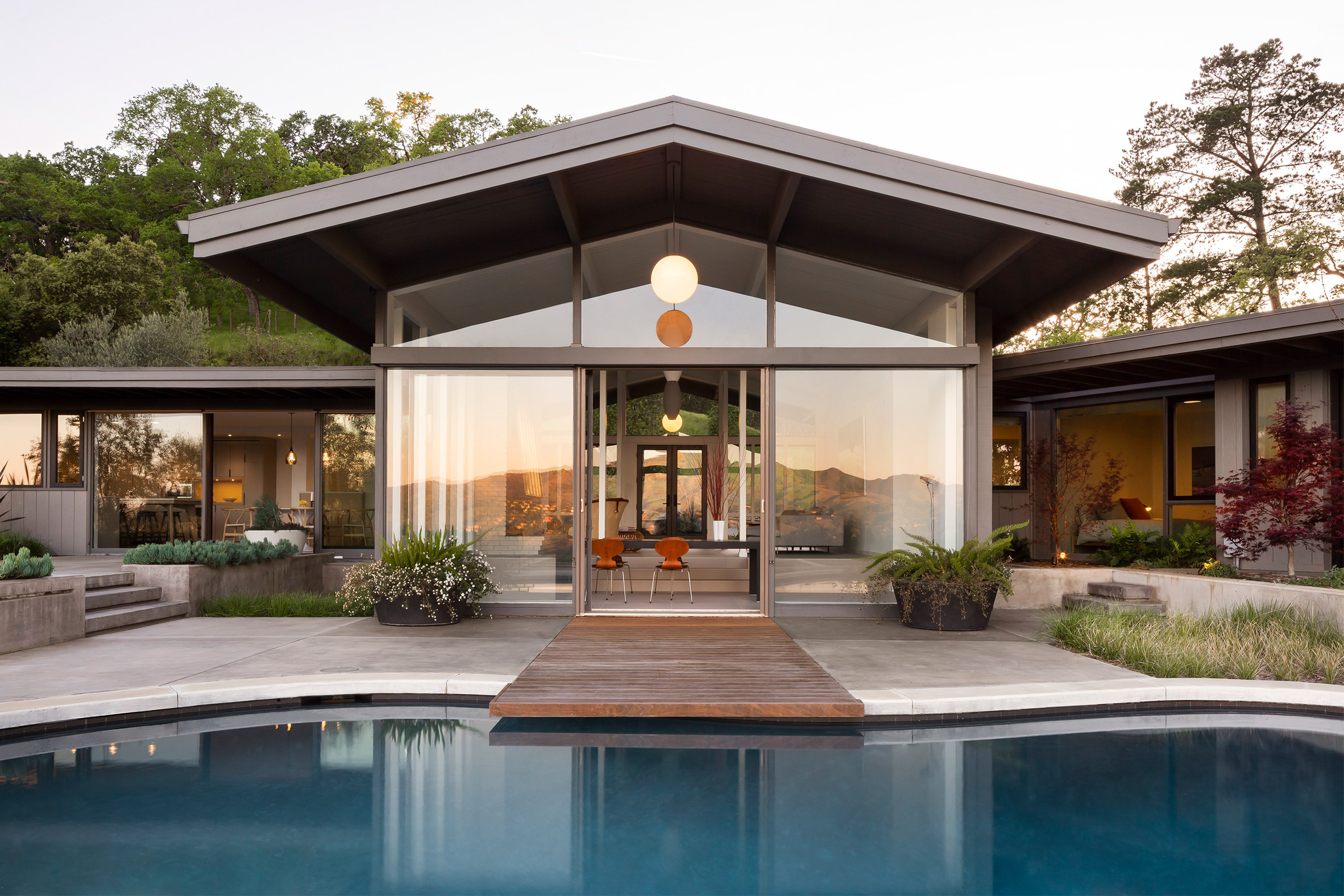 Featuring two glazed wings that open up to views of San Ramon Valley and Mount Diablo, and an irregularly shaped swimming pool, Framestudio said the house is one of Hill’s “dramatic midcentury homes”.

But its history since completion has been “patchy”, including being abandoned, renovated and extended, and had left the house “in quite the state”, according to the studio. 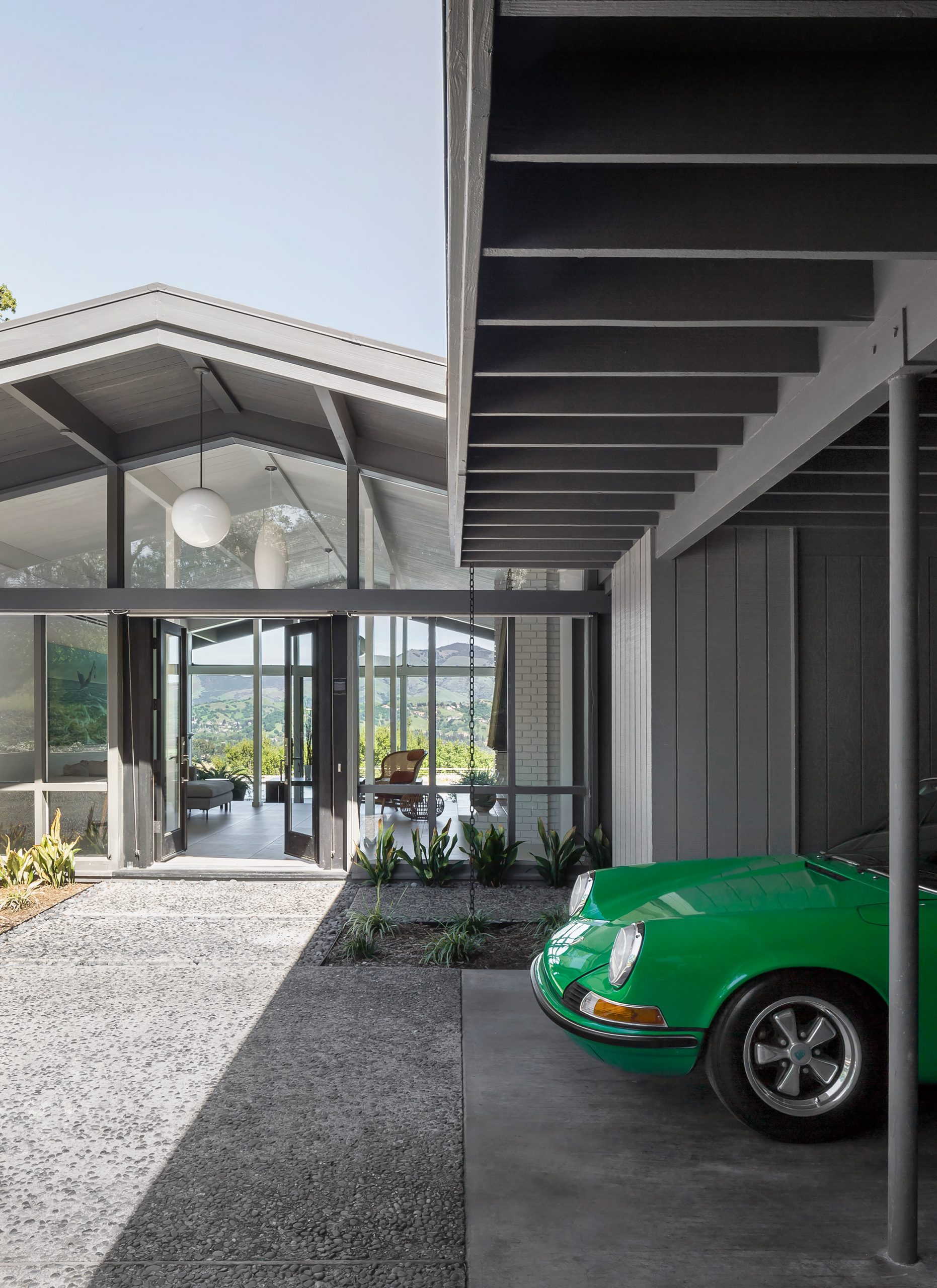 “Putting together a patchy history from the real estate agent, we understood that the home had at one point been abandoned, then subsequently been updated by two previous owners,” it explained.

“Those owners had stripped virtually all of the original interiors, including signature elements like the indoor planter box at the entry which gave the original architect, Henry Hill a reputation for being a ‘flamboyant modernist’.” 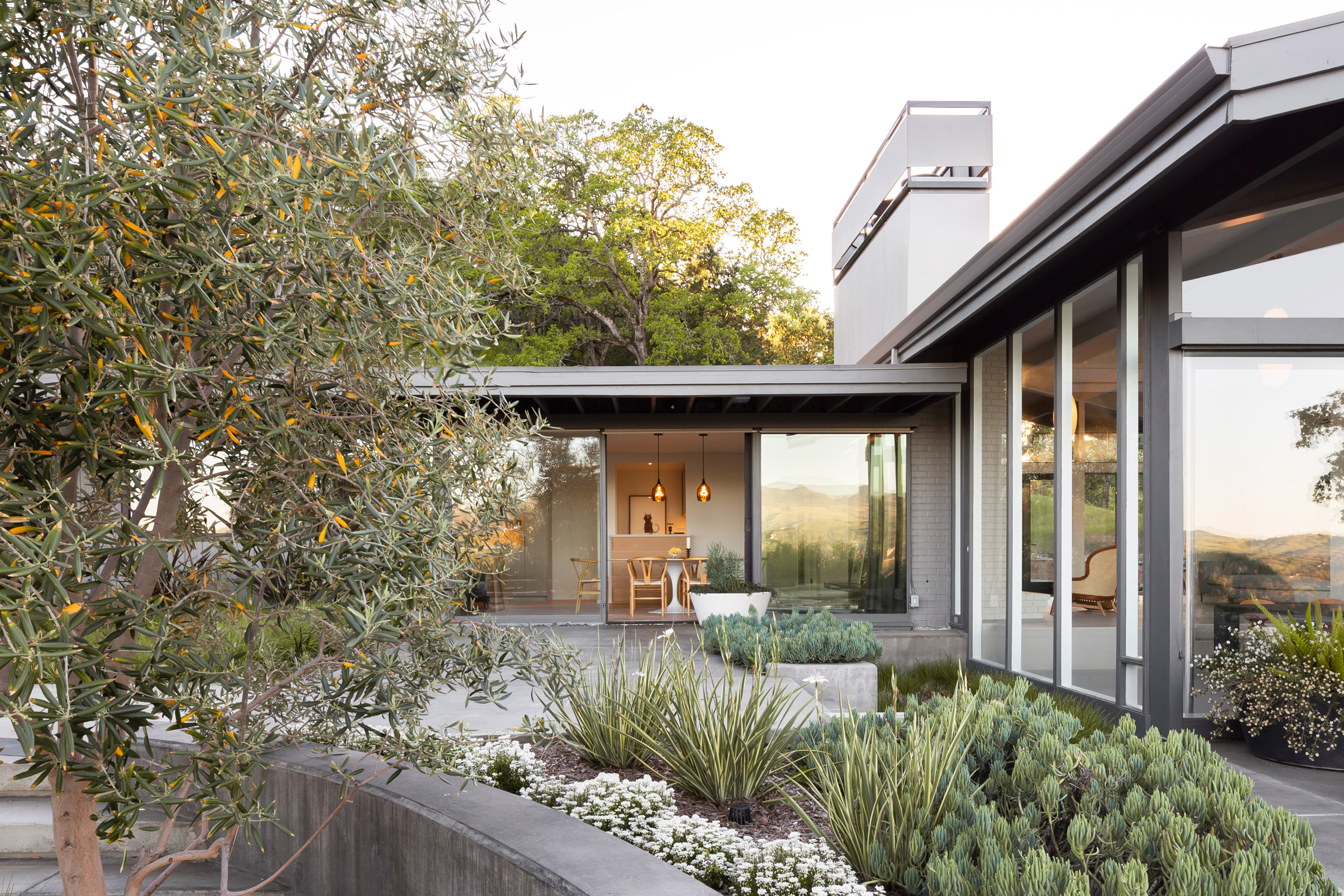 Framestudio’s refurbishment, designed for a couple who were about to become empty nesters, aimed to preserve existing details where possible, update the house in the style that followed the ethos of its original architect, and fit the needs of the new resident.

“We preserved the few original interior elements that remained, and approached the interiors with the mindset of ‘what would the original architect design for the current owners, if he were alive and tasked with creating a peaceful sanctuary, inspired by the natural surroundings on the other side of those big panes of glass?’,” Framestudio founder Chad DeWitt told Dezeen. 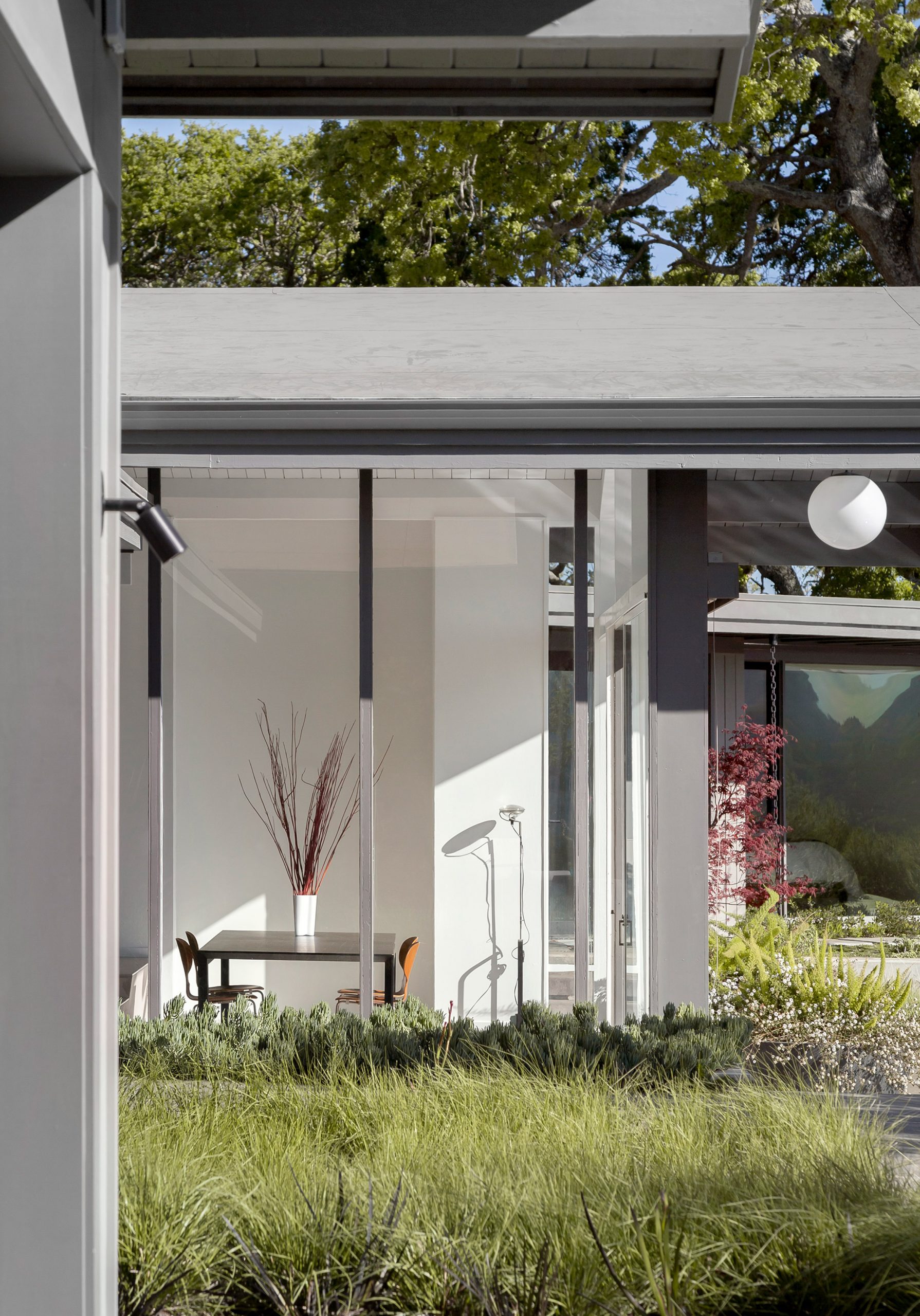 Following this, it added even more windows to the two wings of the house – which feature the bedrooms in one, the lounge, kitchen, dining room, and den in the other.

A secondary bedroom received a new glass wall modelled on an existing one in the main bedroom, while the kitchen’s original small windows were merged into one. 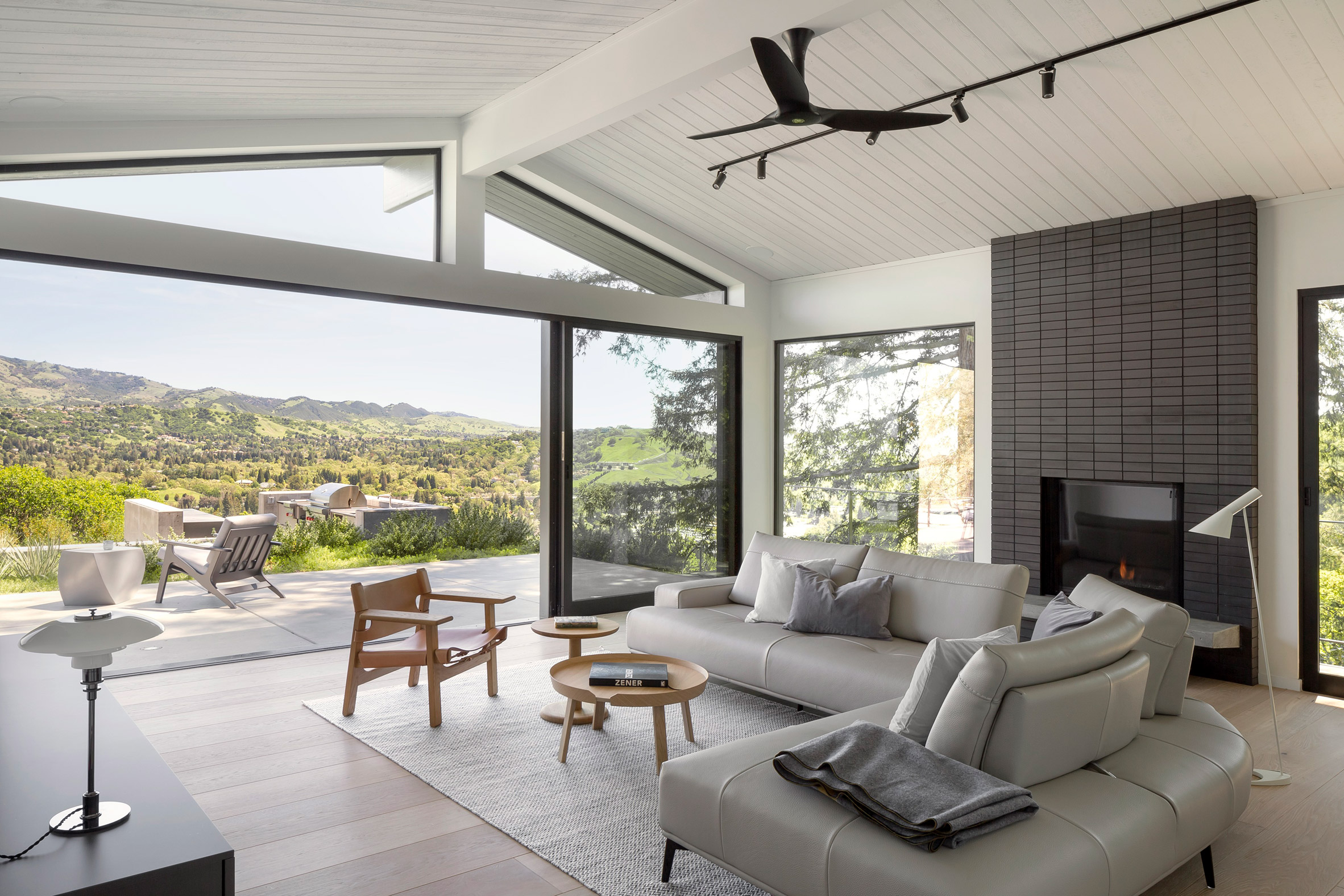 The den, which was added to the property in the 1970s but had few openings, was also updated with large expanses of glazing, and a new fireplace that referenced the existing brickwork fireplaces in the house.

Other changes include reconfiguring the layouts of the guest and main bedroom bathrooms, a new wine room and the addition of floor to ceiling wood closets in the hallways. Ceilings in the hallway were also lowered to introduce a new air duct system for heating and cooling the bedrooms. All the original single paned glazing was also replaced with double glazing. 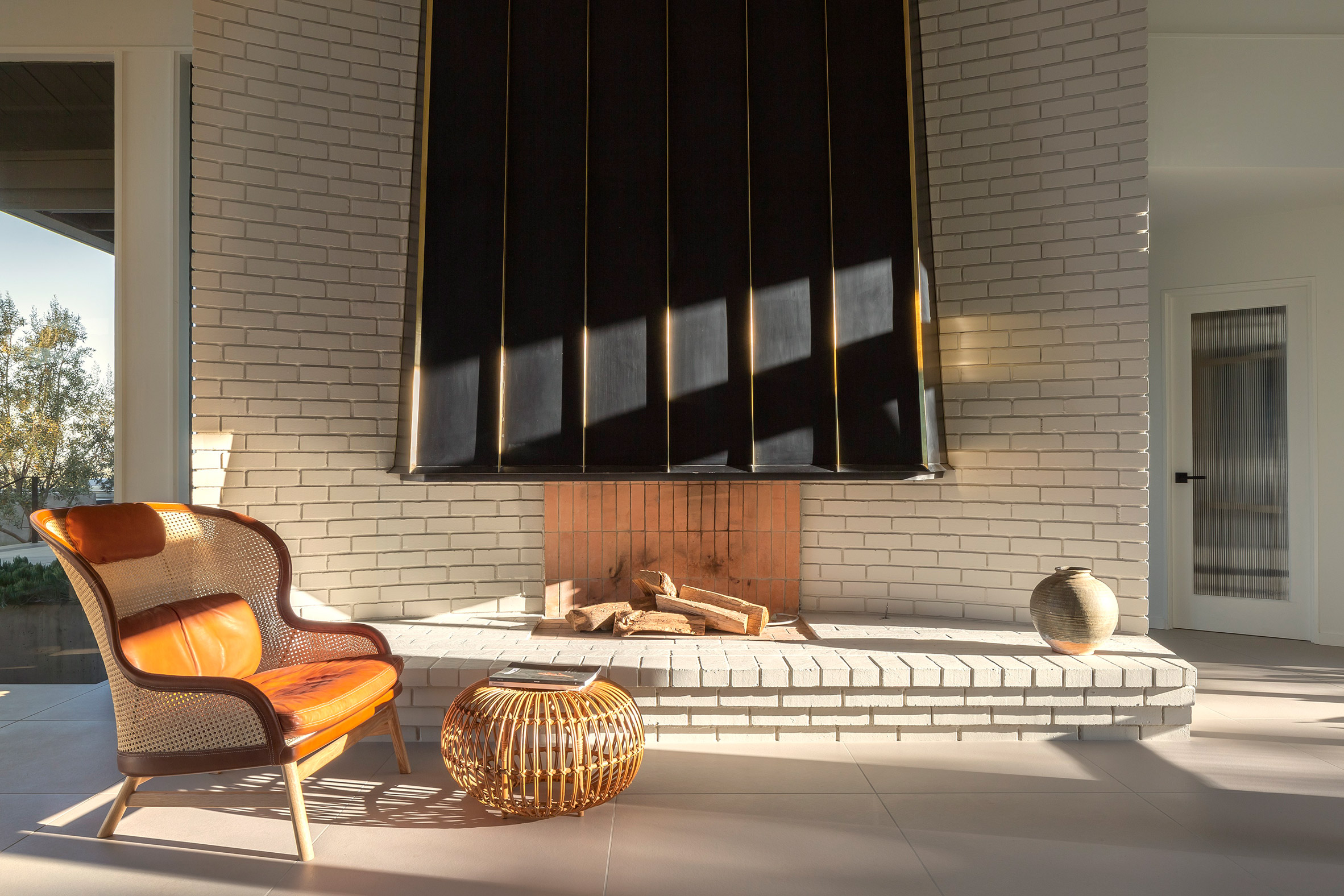 “In short, we did our best to honor the soul of the original home, improving the seismic performance of the home, and updating the mechanical systems and building envelope to improve energy performance, all designed to be almost invisible,” said DeWitt.

Throughout the house, the floors are covered in either pale wood boards of large grey tiles, and the walls and wood ceilings are all painted white. 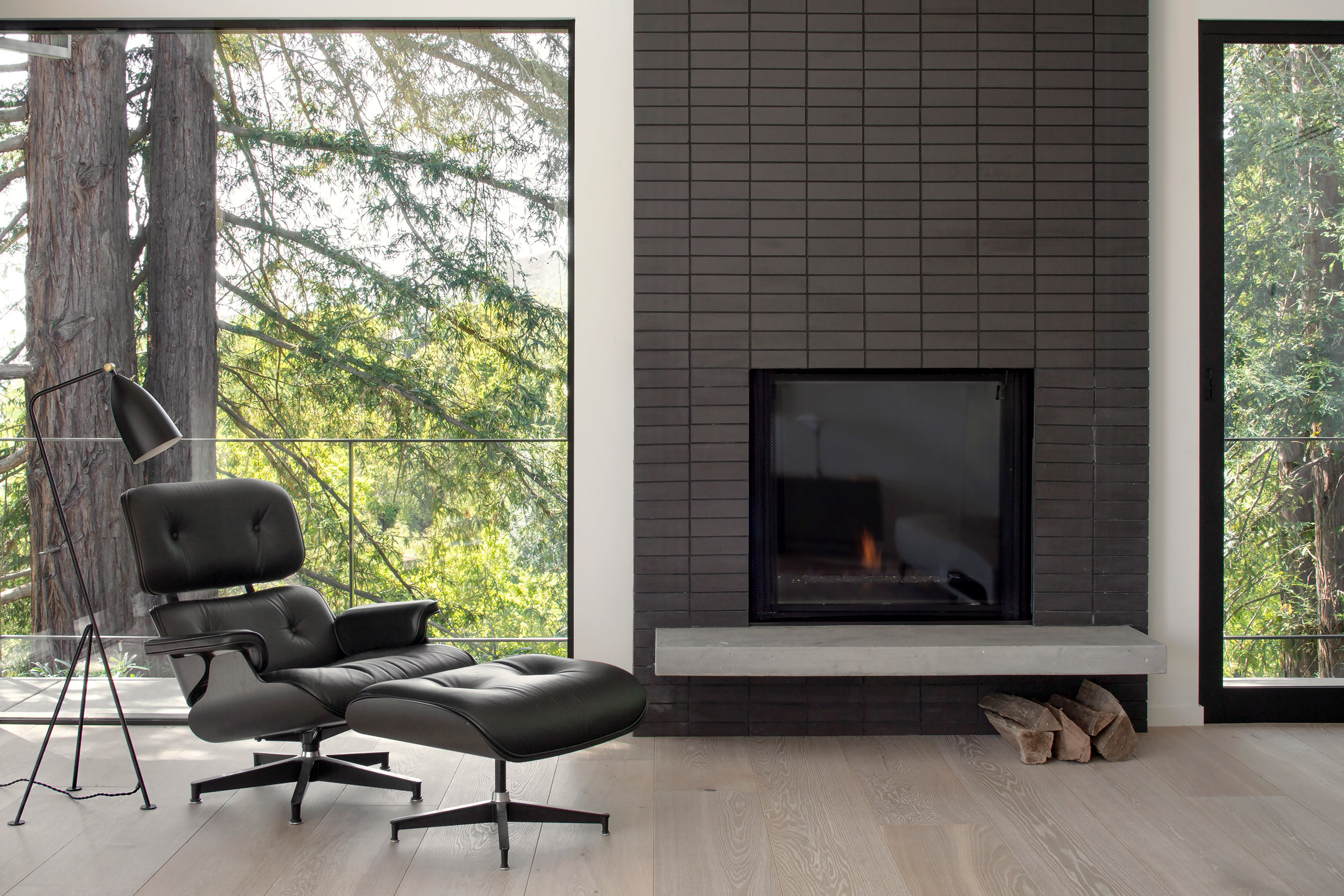 The interior decor was updated to follow the style of lesser-known international midcentury modern designers, according to the studio, with references to the work of Swiss designer Pierre Jeanneret, and Cuban designer Clara Porset. Details include white marble and pale wood in the kitchen, and wooden cabinetry and dark-pained wooden wall panelling in the bathrooms.

Born in England to American parents in 1913, Hill moved back to Berkeley, California as a child. He studied architecture at local college University of California and Harvard Graduate School of Design under Walter Gropius, the Bauhaus’ first director. 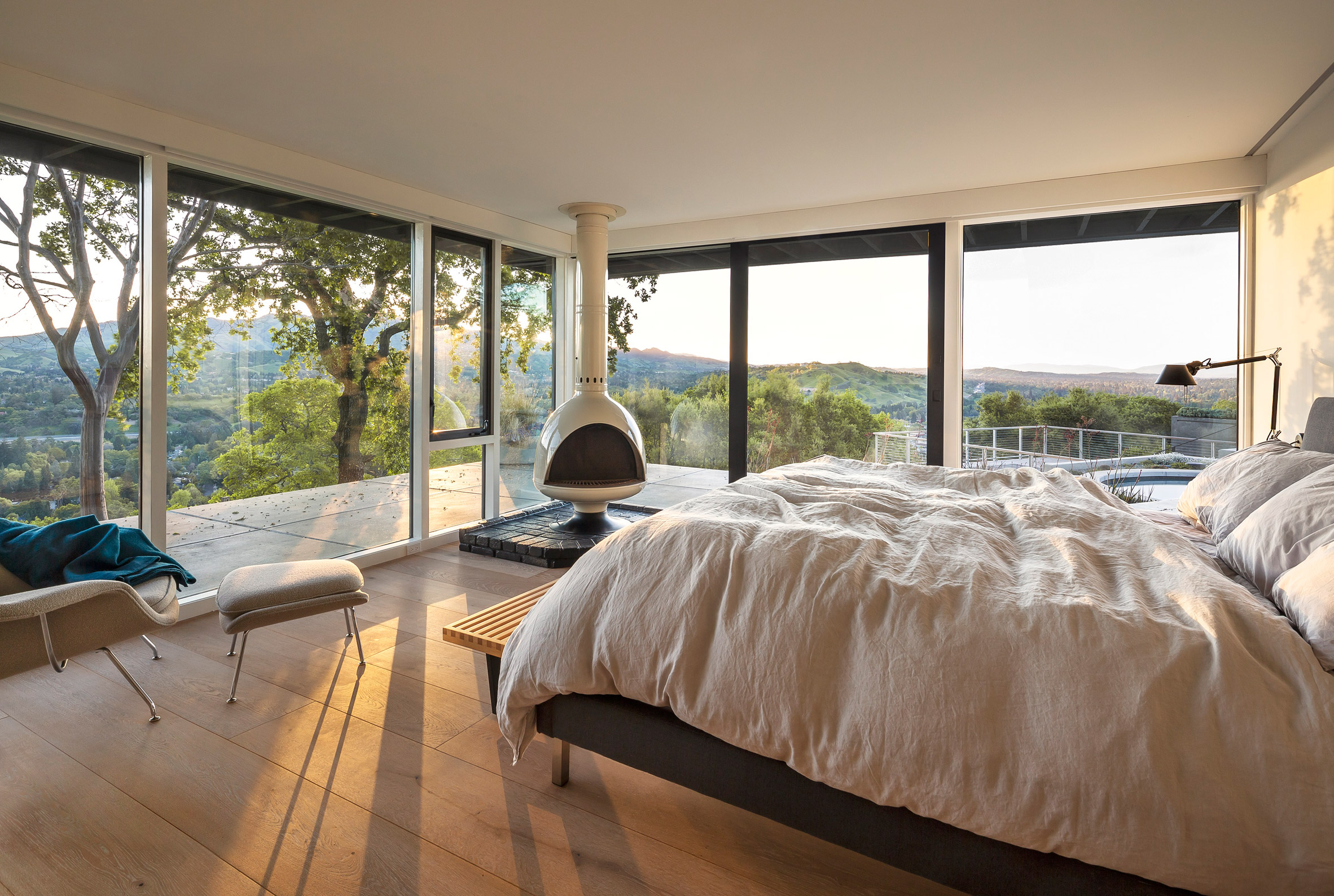 Hill completed hundreds of houses during his career, mainly in the Bay Area and Carmel, and was a proponent of the Second Bay Tradition, an architectural style that merged a rustic aesthetic and modern lines.

Framestudio’s other mid-century renovations include restoring a 1960s Sea Ranch Cabin that was originally built by American architect Joseph Esherick as a model for low-cost holiday housing.

The collective, which is based in the San Francisco Bay Area, has also added an extension to a ranch-style dwelling in Los Altos that contains a pool and a gym.