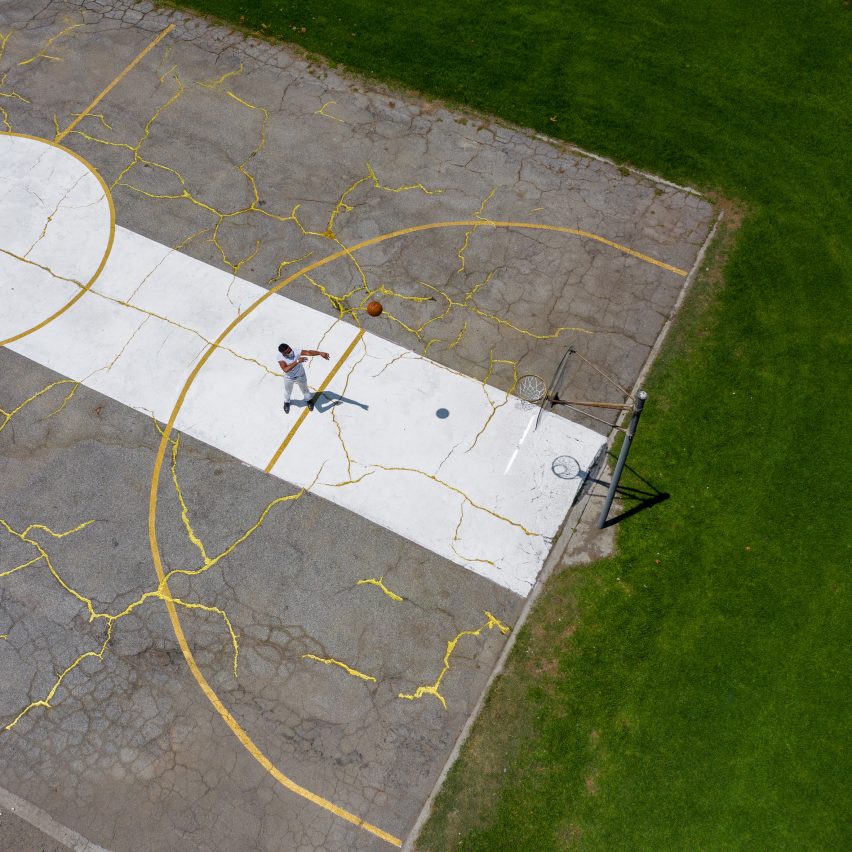 Artist Victor Solomon has patched up the cracks in a Los Angeles basketball court with gold-coloured resin to highlight the role that sport can play in our collective healing process.

Called Kintsugi Court, the public artwork is a nod to the titular Japanese craft practice, in which broken pottery is put back together with a lacquer that has been infused with powdered, precious metals in order to highlight rather than conceals its tumultuous history. 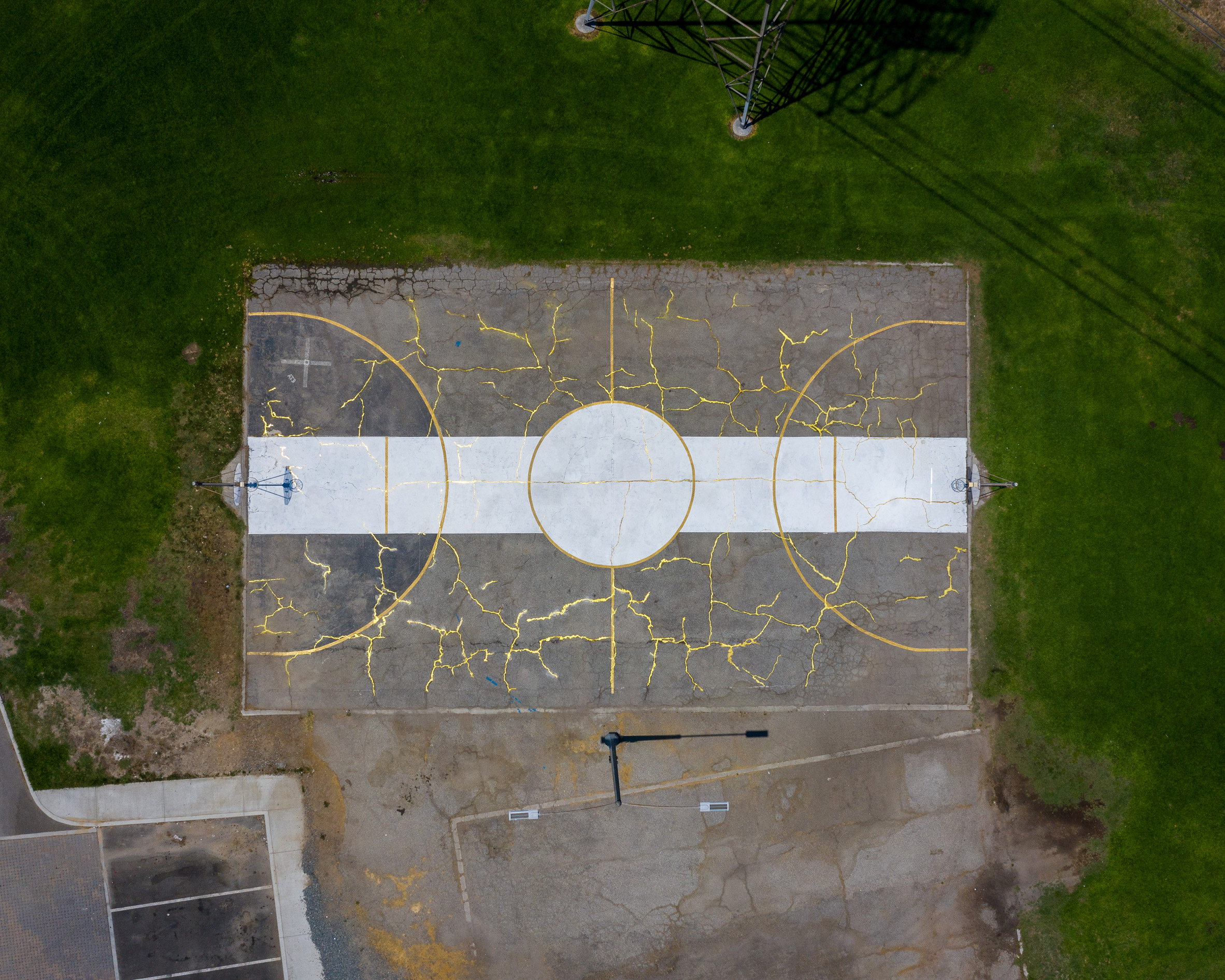 “I fell in love with the aesthetics and symbolism of the Kintusgi process and this idea of celebrating imperfections as a formative part of an object’s journey,” Solomon told Dezeen.

“To me, the court has always represented a place for everyone, from every background, to come together with a common purpose. And with the heartbreaking beginning of this year and our polarised culture, I thought it would be poetic to show that healing is possible through a platform that unites us.” 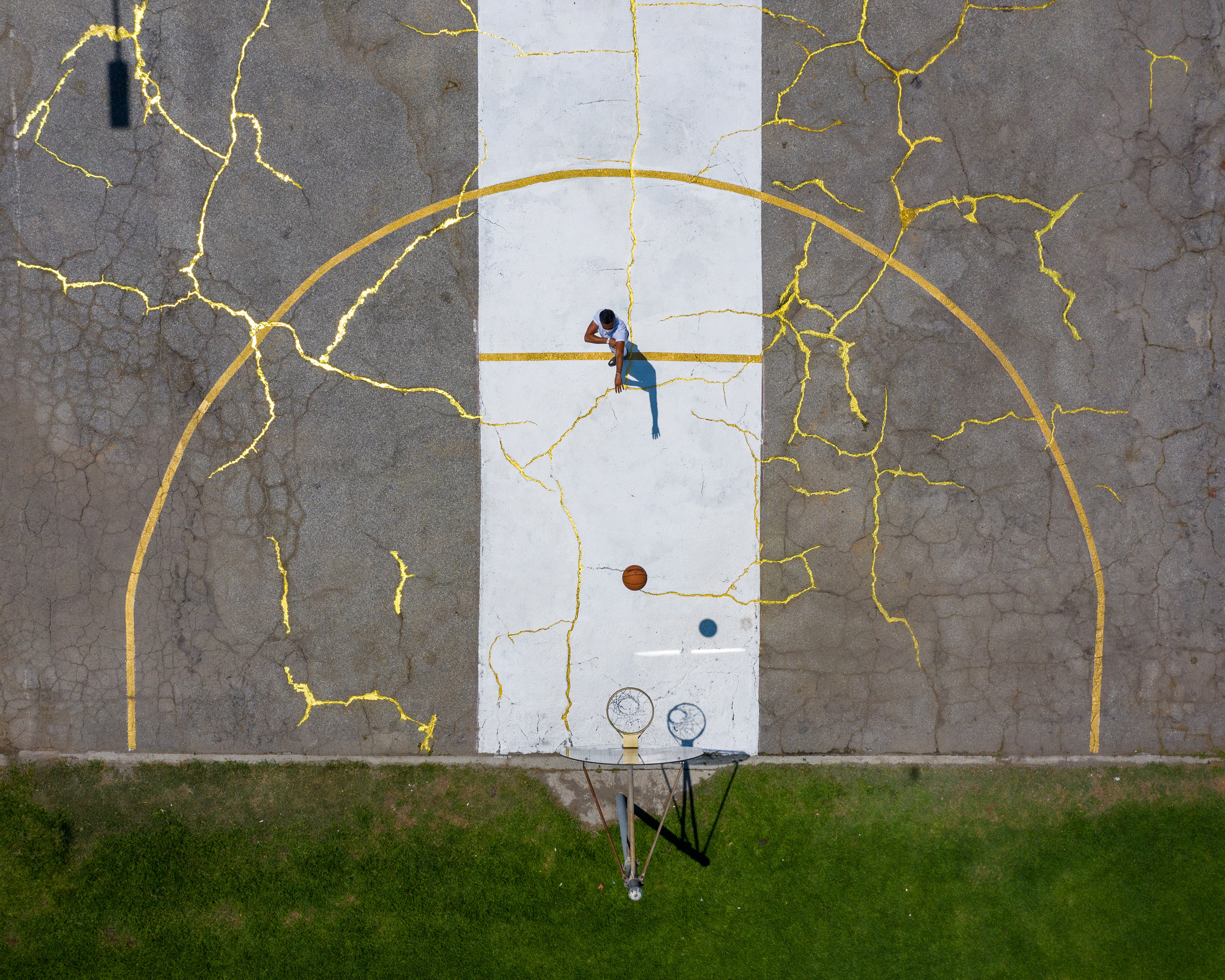 The unveiling of the Kintsugi Court coincides with the return of the NBA season, which was suspended at the start of March on the same day that the coronavirus outbreak was officially declared a pandemic by the World Health Organisation.

To create the installation, Solomon and the team behind his basketball-focused art practice Literally Balling first cleared the largest cracks in the concrete of any weeds, dirt and debris.

These were then filled with a resin mixed with glitter before another layer of pigment was dusted on top. The result is a network of lines, running like vibrant golden veins across the entire court.

To finish off the project, the court markings were given a refresh with gold and white paint while the goals were exchanged for a matching set of gold-coloured hoops with transparent backboards. 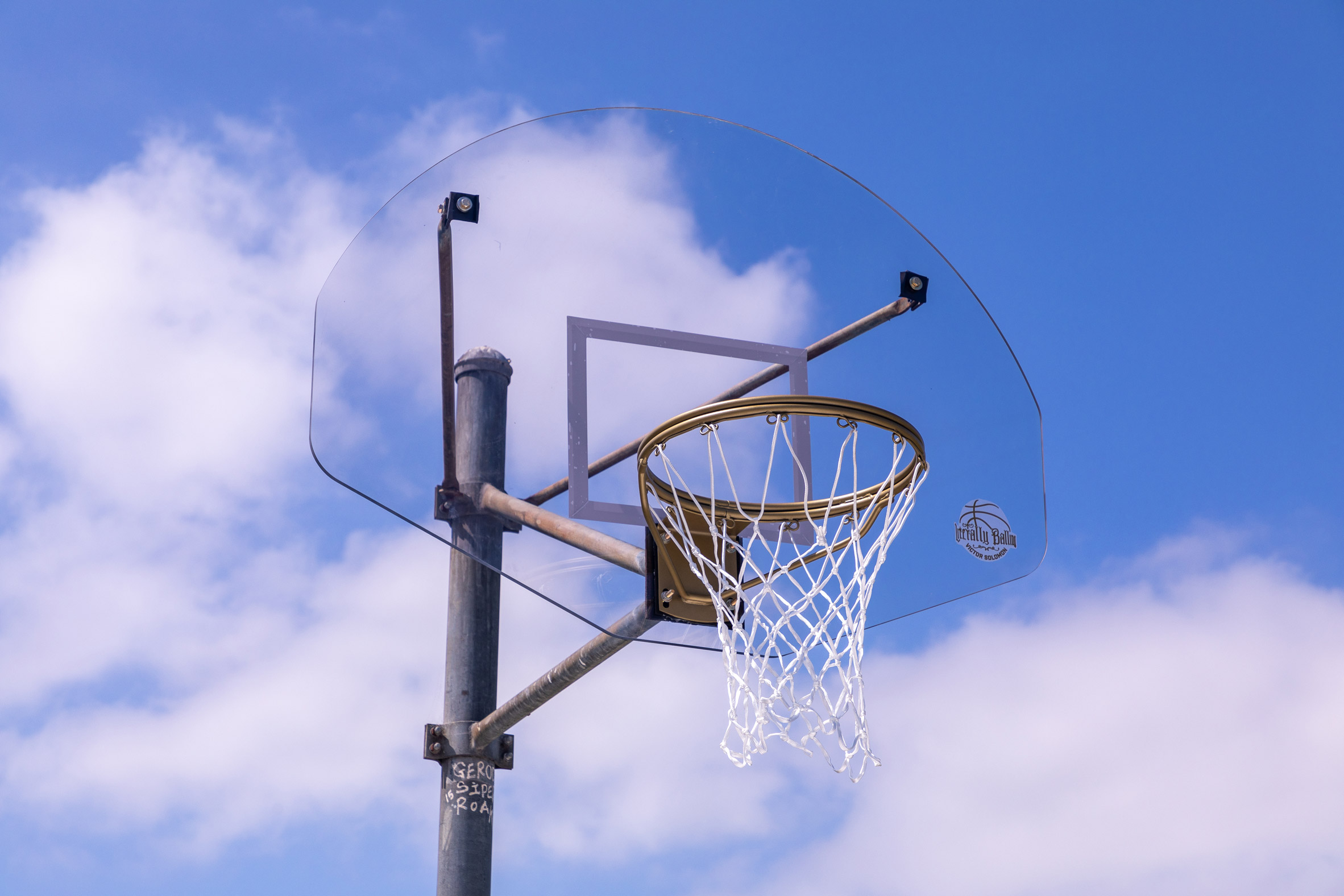 The court is located in South Los Angeles, which is home to some of the city’s most disenfranchised communities. Here, Solomon hopes it can provide a space for healing and togetherness via basketball – a sport he describes as a “universally accessible, class-agnostic, race-indifferent platform”.

“When I was growing up in Boston, I begged and pleaded with my parents to let me play ice hockey but because of the expensive equipment plus the cost of even getting on the ice, we just couldn’t afford it,” he said.

“Basketball is unique because it lacks those barriers to entry, its clean meritocracy transcends the toxic divisions our culture is dealing with. That’s why I think sport’s ability to connect and heal is its most powerful offering to society.” 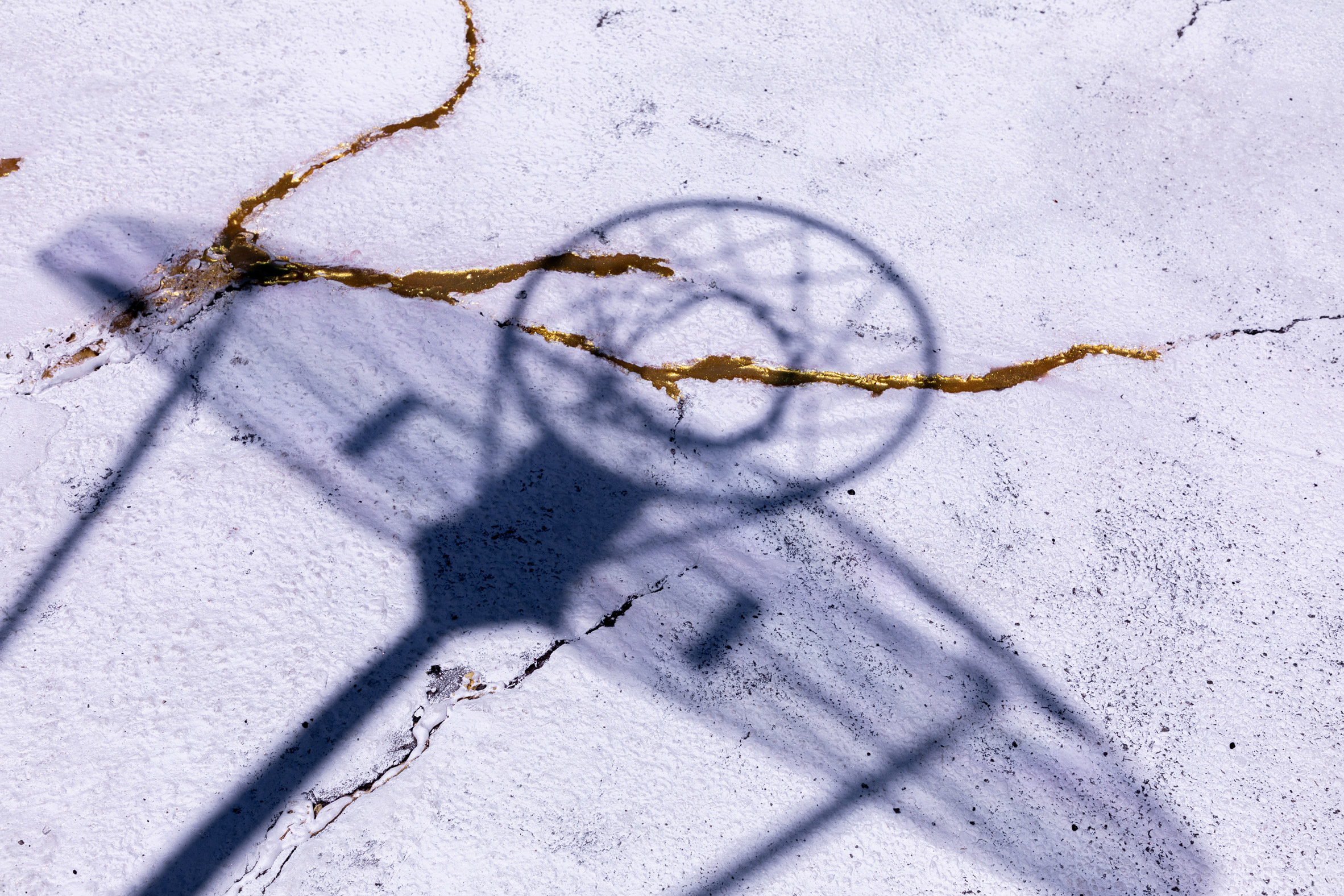 Basketball courts have proven popular canvases for artists and designers in recent years, with Mexican studio All Arquitectura overhauling a local court with a chequered blue pattern while Belgian artist Katrien Vanderlinden paid homage to toy bricks in her makeover of a site in the city of Aalst.

Photography is by Shafik Kadi.