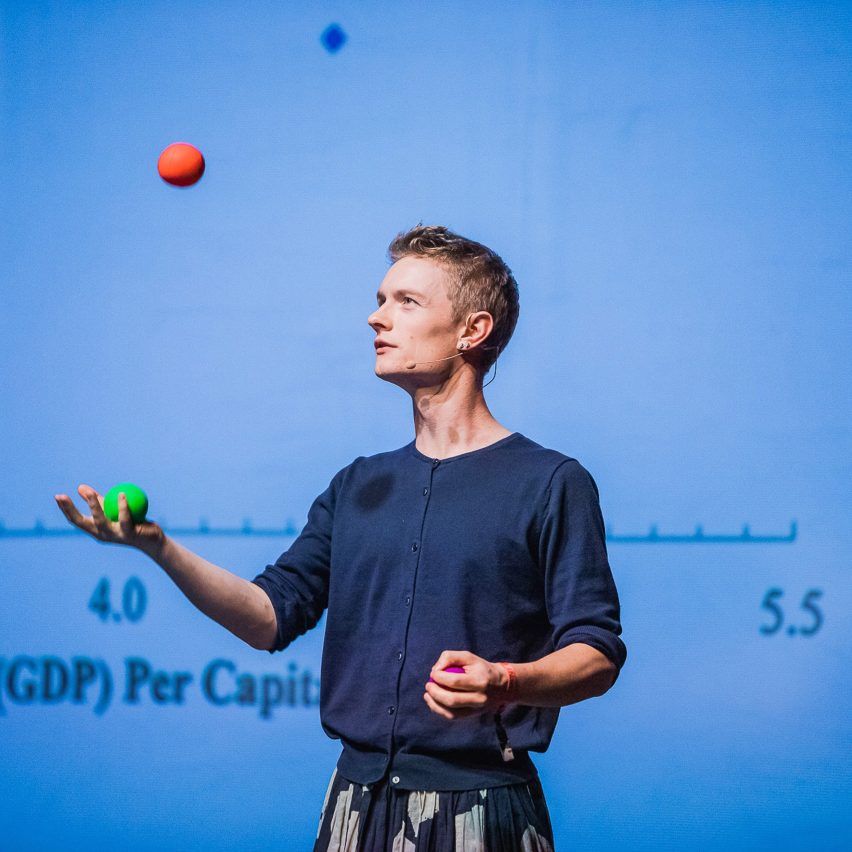 The architecture profession needs to face up to the fact that it is dominated by those that went to private schools, according to Open City director Phineas Harper.

“[W]e *need* to start talking about the impact of private schools on architecture,” the Open City director and former Architecture Foundation deputy editor wrote in a thread on Twitter.

At least 90 per cent of people in the UK receive their education from state schools, which are free to attend and funded by the government.

But when Harper’s former employer the Architecture Foundation analysed the 93 architecture practices featured in its 2016 book New Architects 3, it found that just 45 per cent of their founders had been to state schools, according to Harper.

This is significantly lower than the 68 per cent of new students at Cambridge University last year who went to state schools, the Dezeen columnist pointed out.

“Succeeding in architecture practice is more elitist than the most elite university in the world,” Harper said.

Harper made the comments as the UK government received intense criticism for using an algorithm to determine the grades of A-level students who have been unable to take their exams this year due to the coronavirus pandemic. A-level grades are used by universities to select new undergraduate students.

This led to many students receiving significantly lower grades than they were predicted by their teachers, with nearly 40 per cent of predicted grades downgraded, with many missing out on university places as a result.

As the algorithm took a school’s previous performance into account when determining grades, pupils from state schools were disproportionately affected by the downgrade compared to those from private schools.

Students who are part of Open City’s Accelerate program were among those whose “hard-earned qualifications have been stripped from them today by a school system intent on rewarding those who already have the most,” Harper said.

Despite initially defending the algorithm used to determine grades, the UK government has since bowed to pressure from teachers, parents and students and scrapped its statistical model. Grades will now be decided based on teacher assessments.

Private schooling “one of the biggest elephants in the room”

According to Harper, who acknowledges that he himself did not go to state school, the incident is symptomatic of a bias against state education.

“I have zero high horses to preach from,” he said. “The vast majority of my schooling was home education — which is possibly the most privileged form of 1:1 tutoring imaginable. But the point stands. We’re incredibly biased in favour of the alumni of elite schools.”

He concluded that while architecture is getting better at talking about equality and diversity, the industry has not even started to acknowledge how it is dominated by those that benefitted from a private education.

“Architecture is getting slowly better at talking about equality and diversity but we still utterly suck at even acknowledging one of the biggest elephants in the room — private schooling,” he said. “It’s time for those of us who’ve enjoyed elite educations to take a step back.”

The post Architecture “is more elitist than the most elite university in the world” says Phineas Harper appeared first on Dezeen.