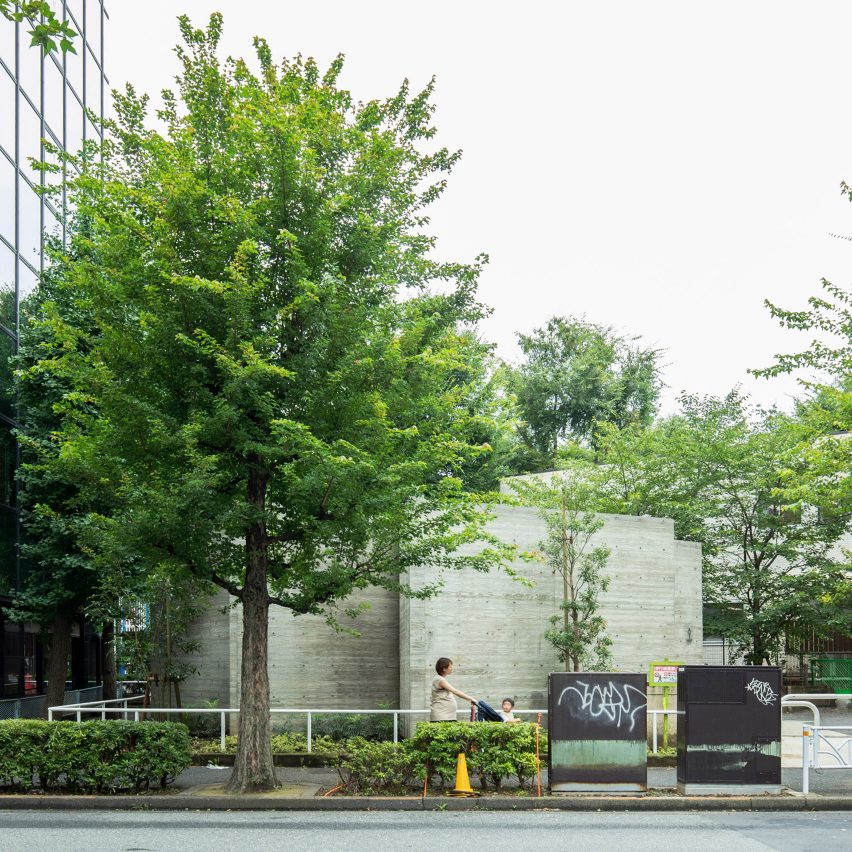 A maze of board-marked concrete walls encloses this public toilet in Tokyo, which interior design studio Wonderwall created for the Tokyo Toilet project and modelled on prehistoric Japanese architecture.

Located in Ebisu Park in the capital’s Shibuya district, the toilet block is intended to resemble “primitive and simple” object in the park, rather than standing out as a building.

It is dubbed by Wonderwall as the Modern Kawaya, referencing primitive kawaya huts that were used as toilets in the early Jōmon period – the earliest historical era of Japanese history that is dated between 10,000 to 6,000 BCE. 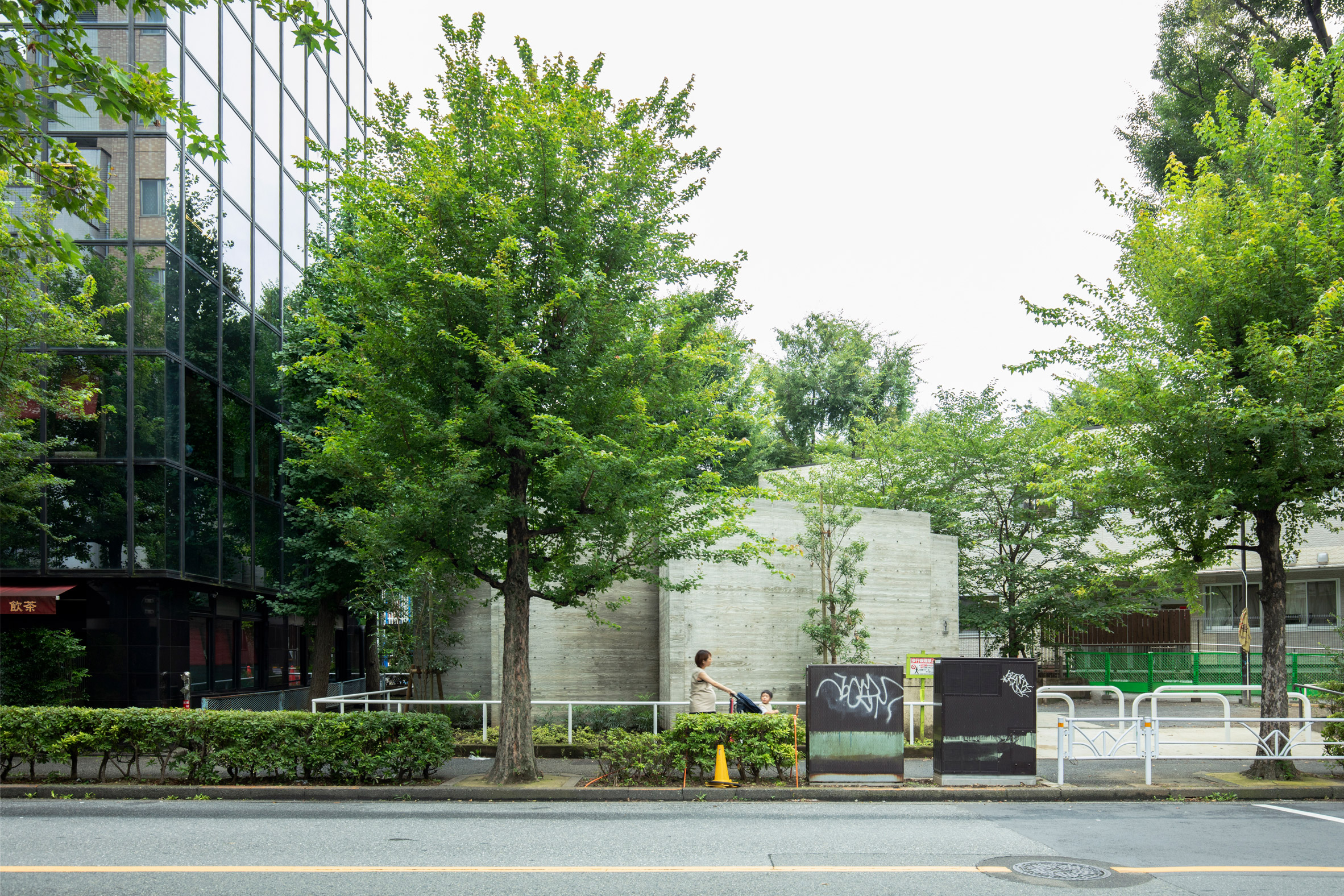 “In Japan, the origin of toilets is kawaya,” explained Japanese studio Wonderwall. “These huts were of primitive and simple designs, often made of hardened soil or pieces of wood bound together.”

“We kept in mind a facility that distances itself from architectural concepts and elements: an object that stands casually in the park as if it were playground equipment, benches, or trees.” 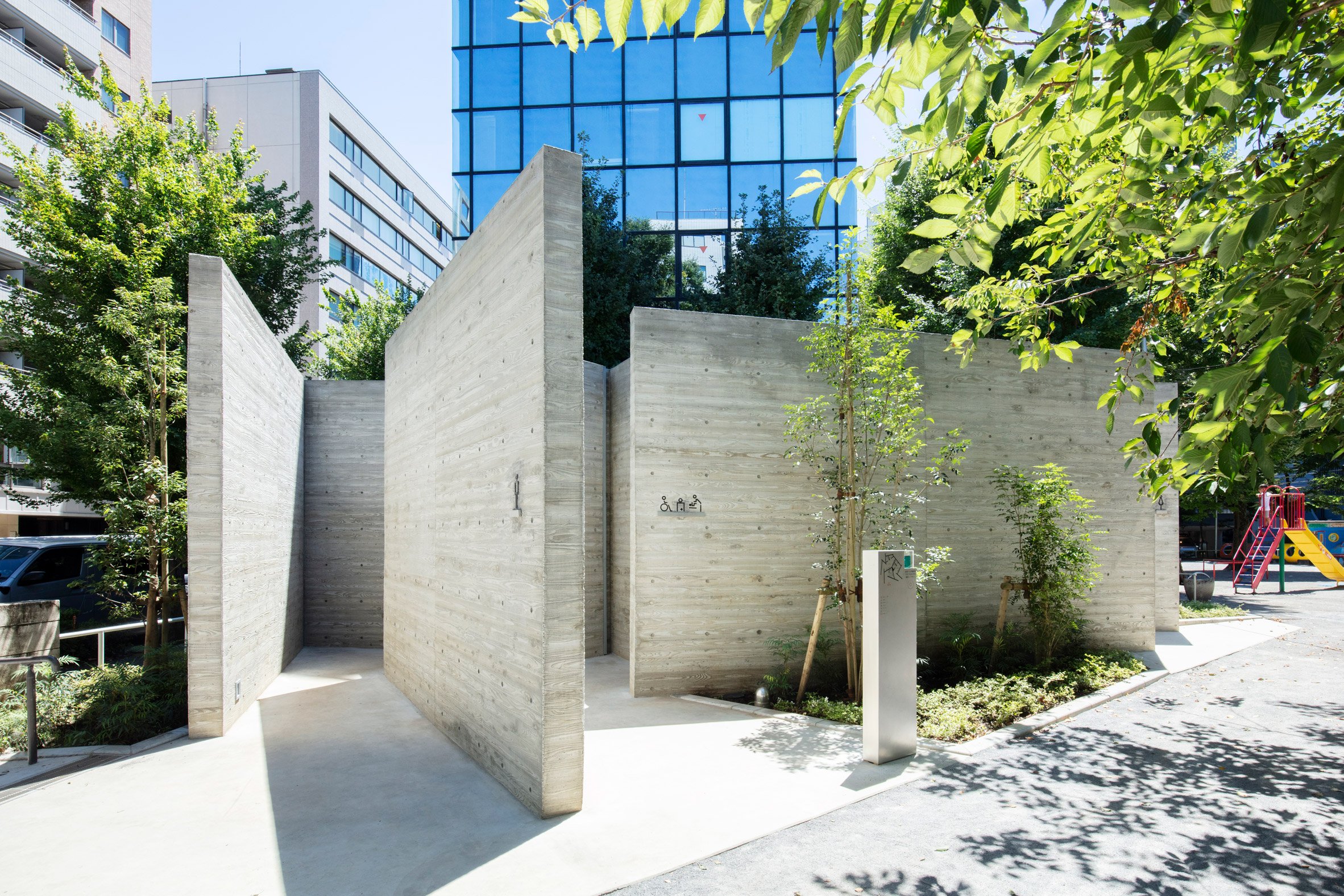 The public toilet’s design was led by Masamichi Katayama, founder of Wonderwall, and is intended for use by anyone, regardless of their gender, age, or disability.

It is composed of 15 “randomly” placed walls that are made from board-marked concrete with a highly textured finish, nodding to the wood and soil construction of traditional kawayas. 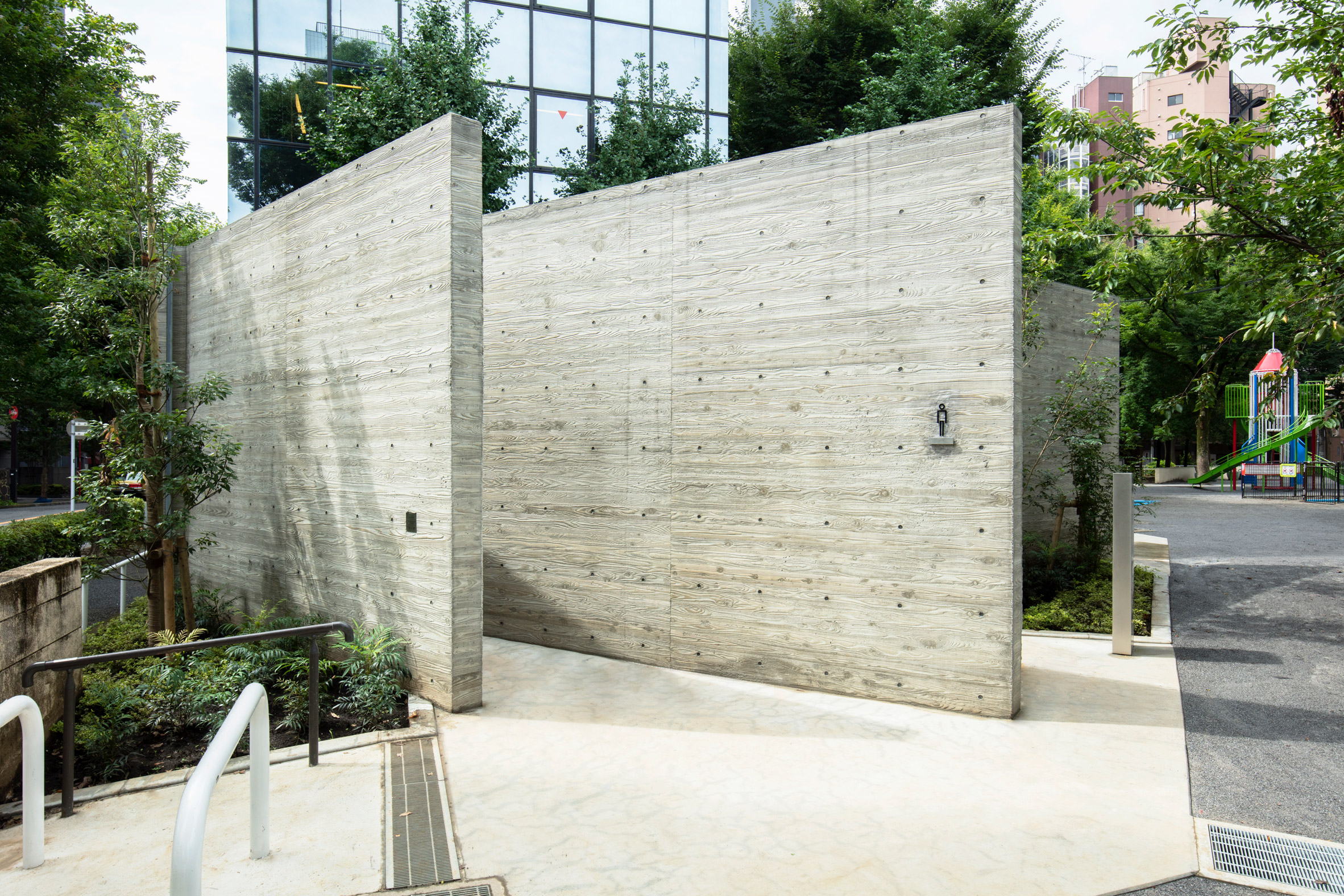 The arrangement of the walls resembles a maze, with gaps between them opening to reveal discreet entrances to three different areas. These include male and female toilets, as well as a unisex cubicle with facilities for baby changing and disabled users.

These concrete walls, which also shape the interiors of the block, are described by Wonderwall as a “curious piece of playground equipment” and are hoped to be playful and interactive. 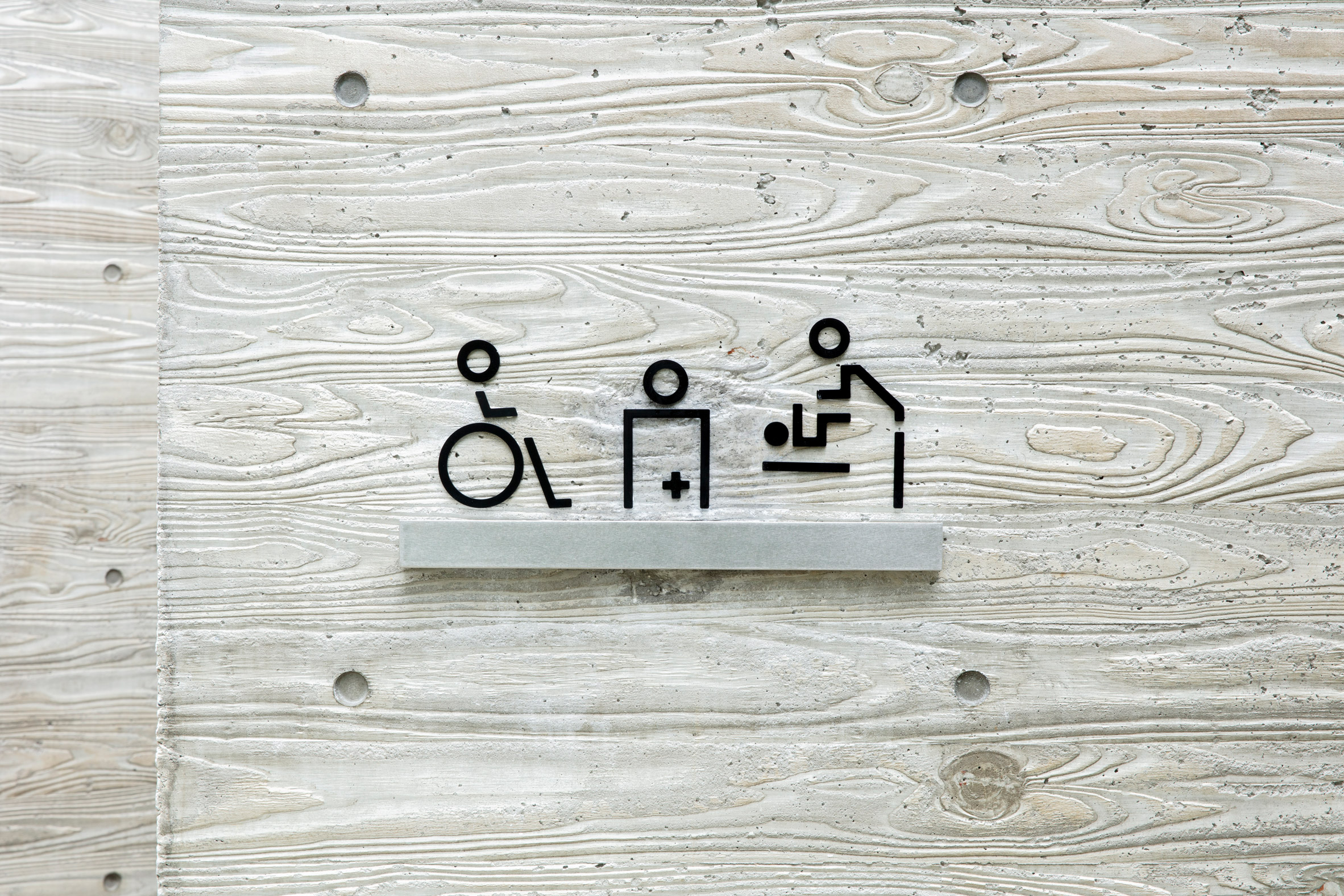 “Trying to envision the appearance and atmosphere of the primitive kawaya of the past, we built an ambiguous space that is simultaneously an object and a toilet by randomly combining 15 concrete walls,” explained the studio.

“The design creates a unique relationship in which users are invited to interact with the facility as if they are playing with a curious piece of playground equipment.” 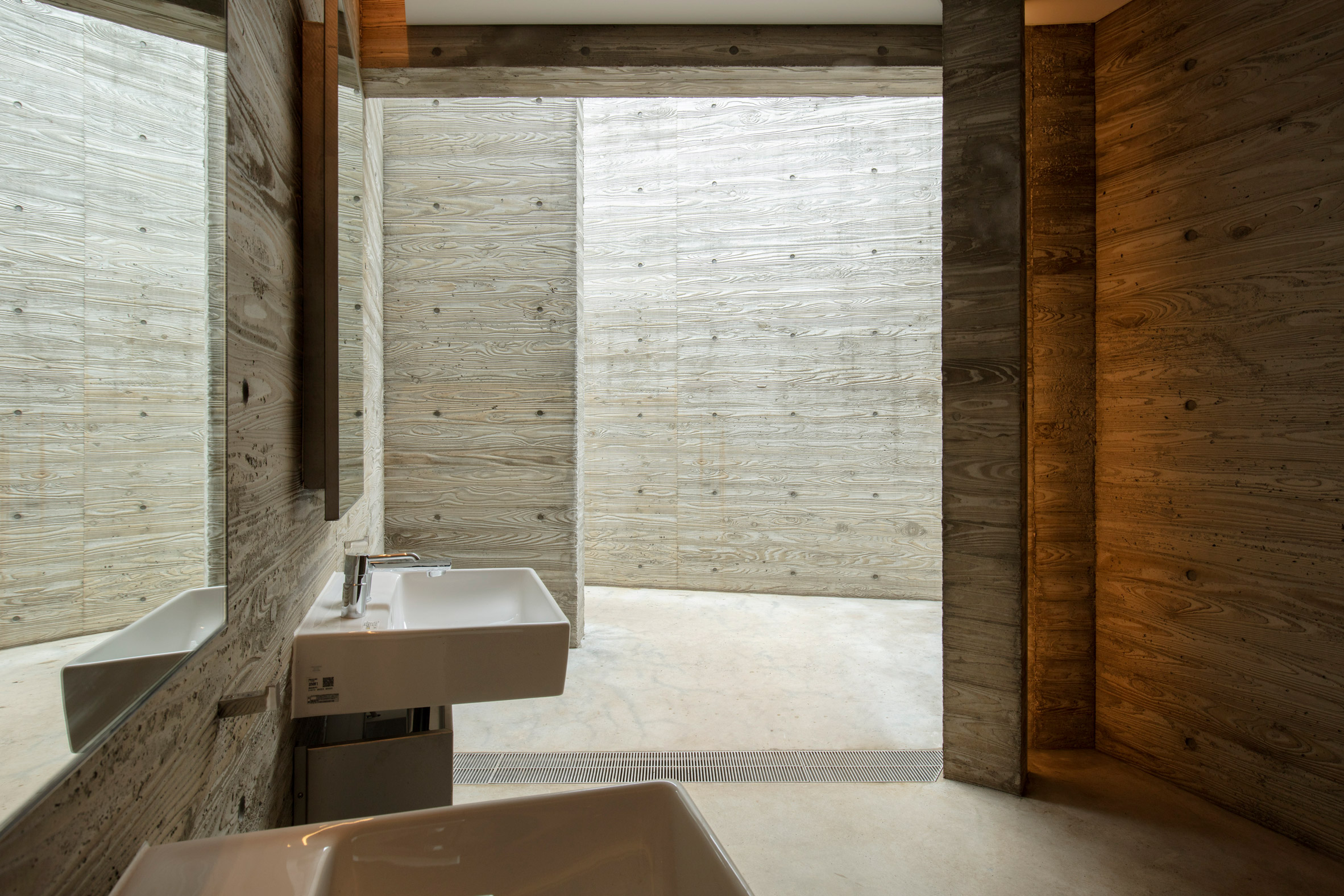 Wonderwall’s toilet block, which is now open for use, was completed as part of the Tokyo Toilet project that is being overseen by the non-profit Nippon Foundation.

The project will see the construction of 17 bathroom facilities throughout Shibuya that are accessible to all, with the ambition of dispelling “misconceptions regarding public toilets” and creating “a society that embraces diversity”. 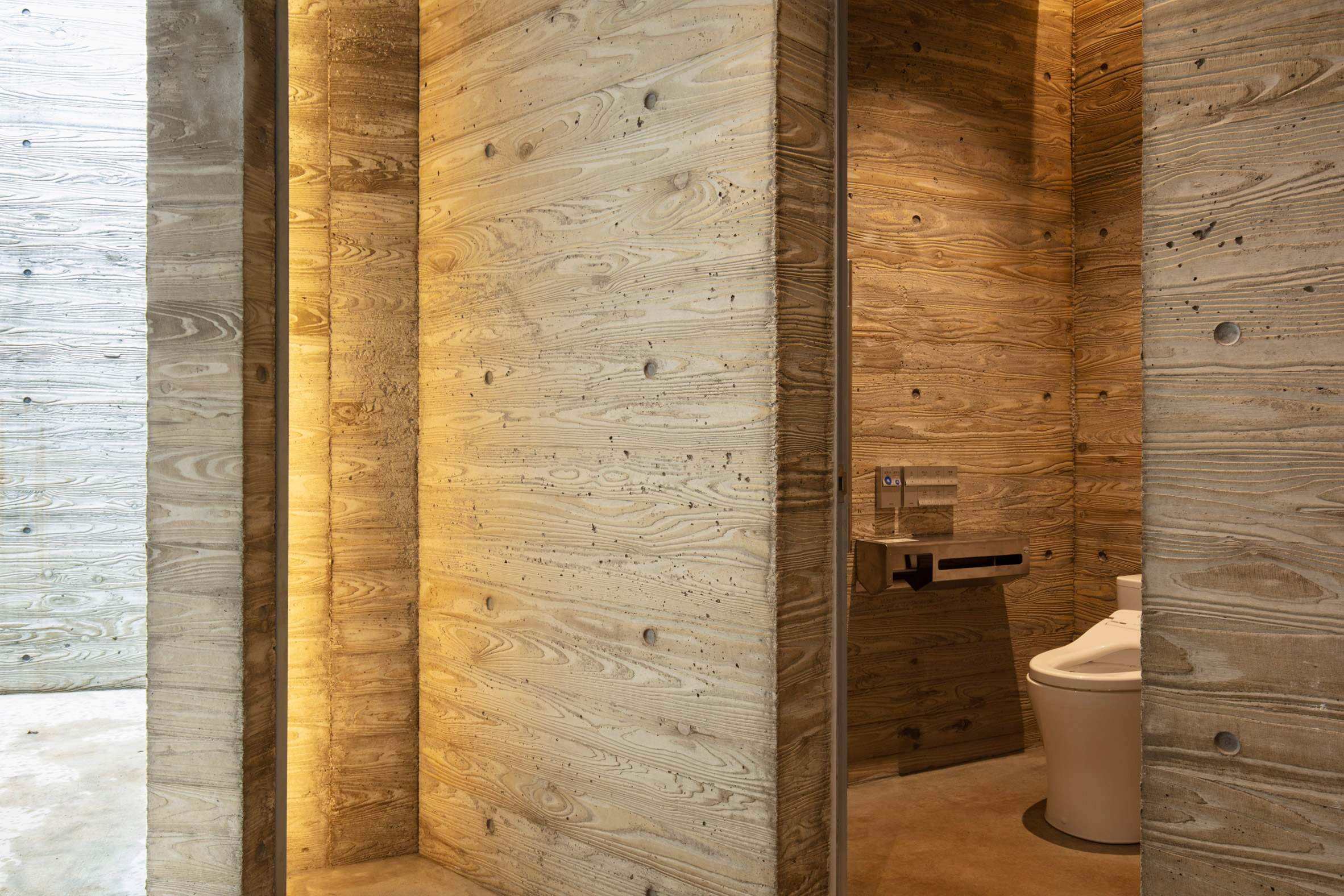 Ban has built two transparent toilet blocks, while Nao Tamura, another one of these 16 creatives, based her bold red toilet block on the Japanese craft of Origata gift wrapping.