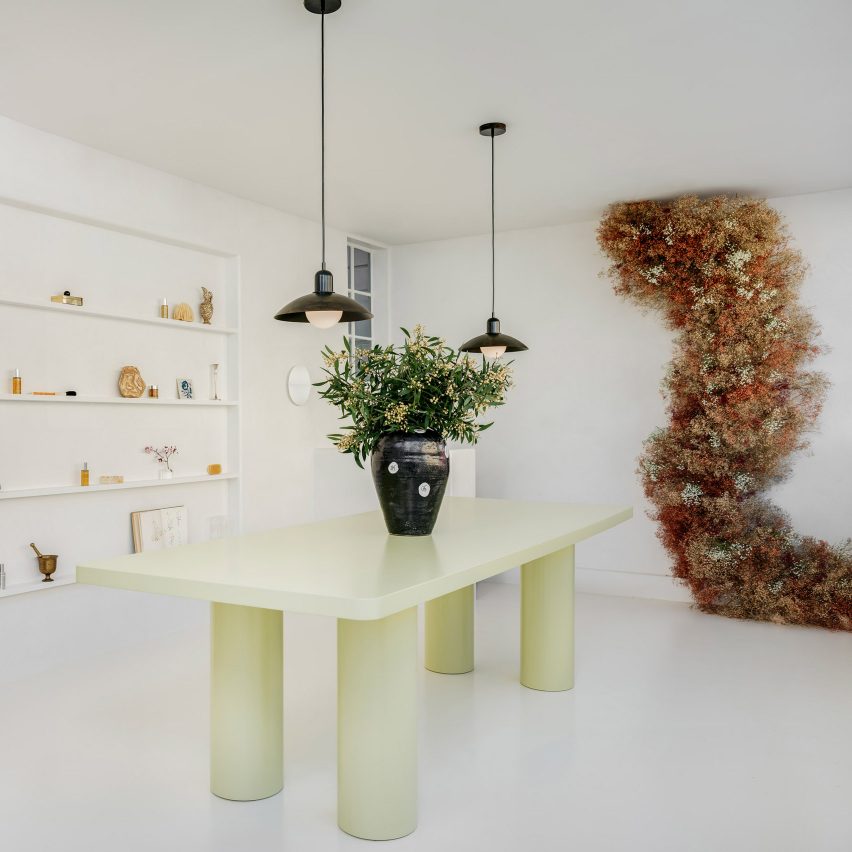 A pale green lacquer table and dried plants are among the references to Greek architecture and “Californian freshness” in this spa in San Francisco designed by Jacqueline Sullivan.

Monastery Studio is a spa and retail space in San Francisco, founded by Athena Hewett, that offers a range of facial and body services.

The light-filled space is designed to take cues from Hewett’s Greek heritage and her time spent in the Cyclades. 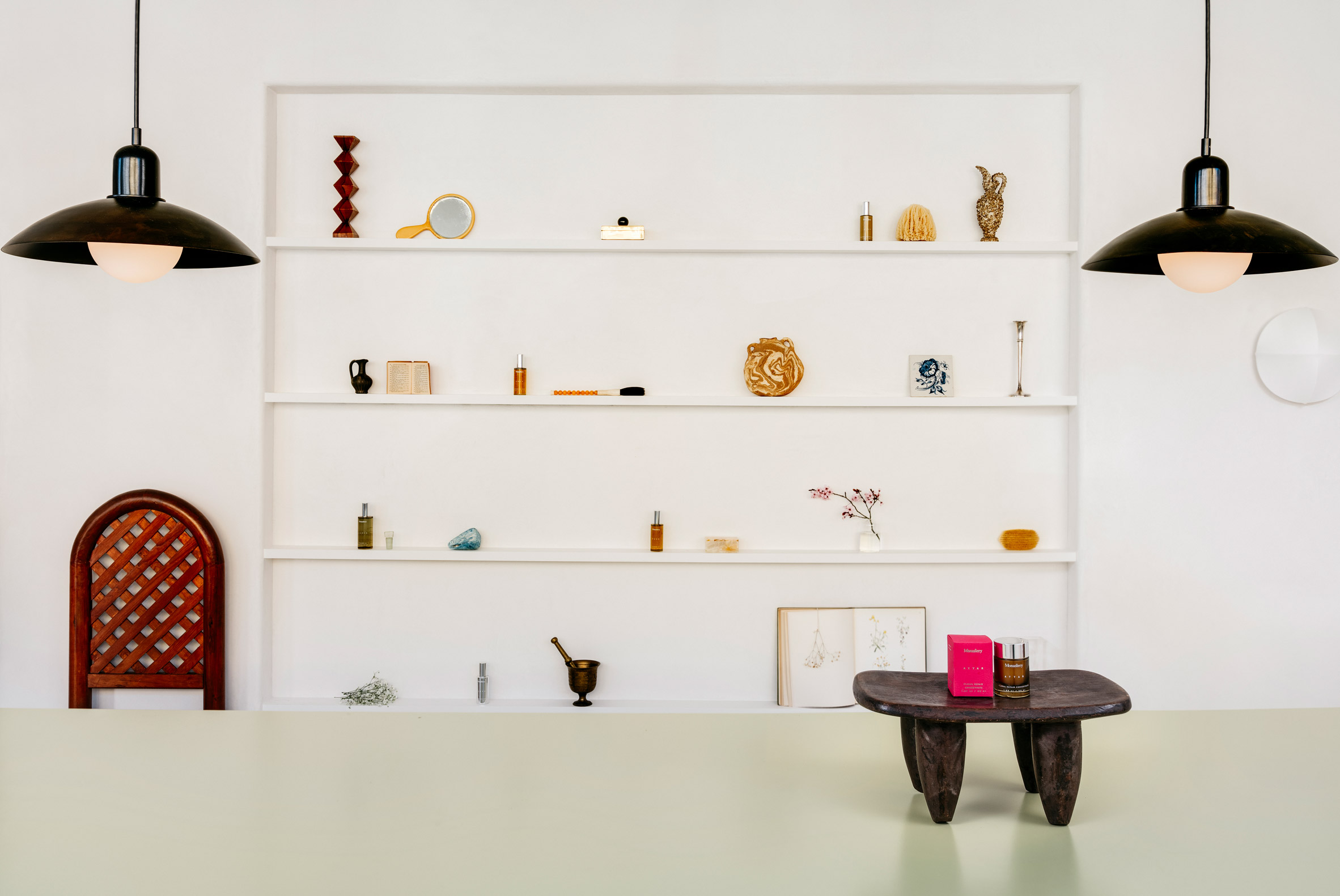 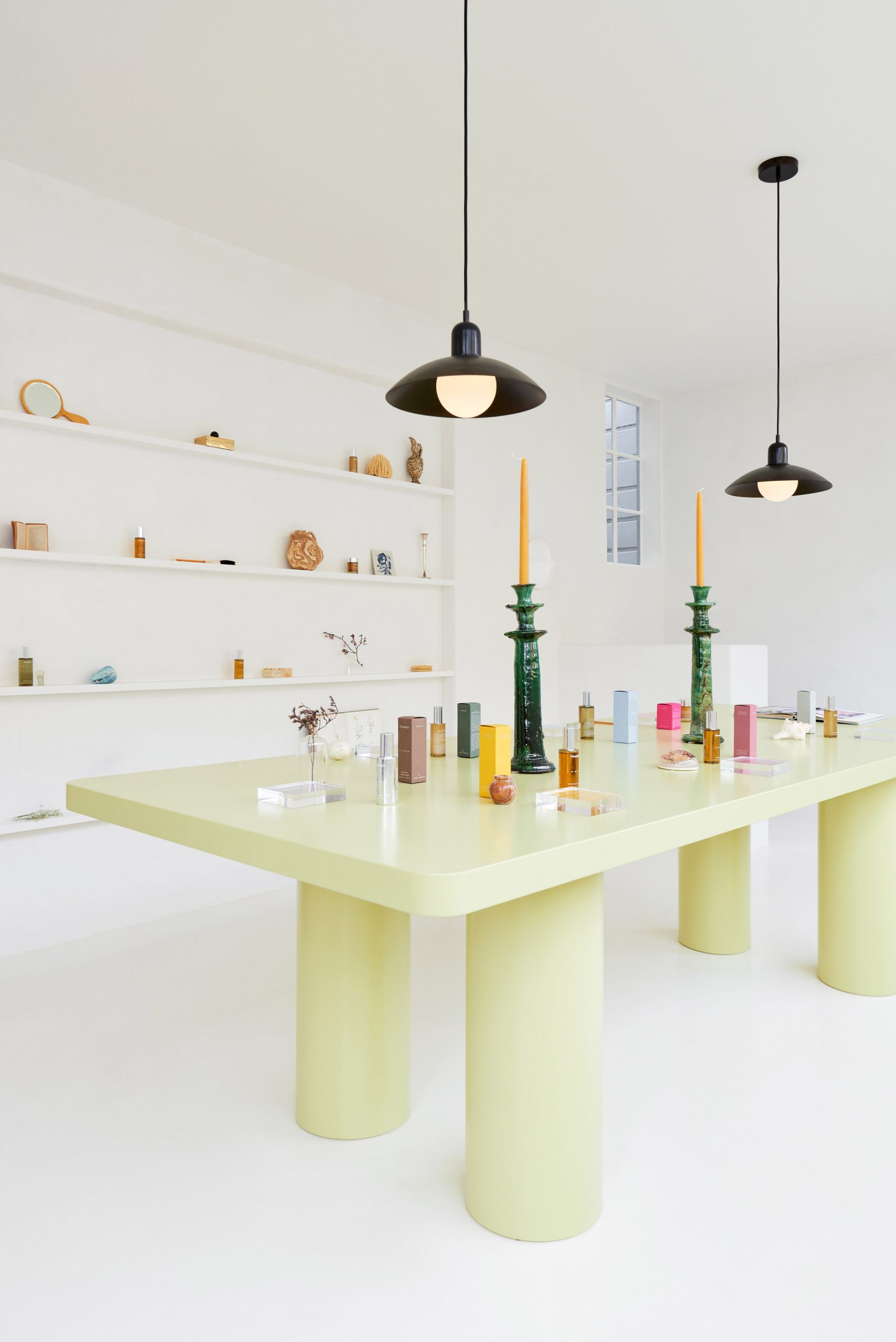 “Though the space has an old world feel it also has a distinctly Californian freshness and sensibility,” she added.

Walls and flooring in the space are painted white to provide a neutral backdrop for the custom-built furnishings, ceramics and dried floral sculptures. 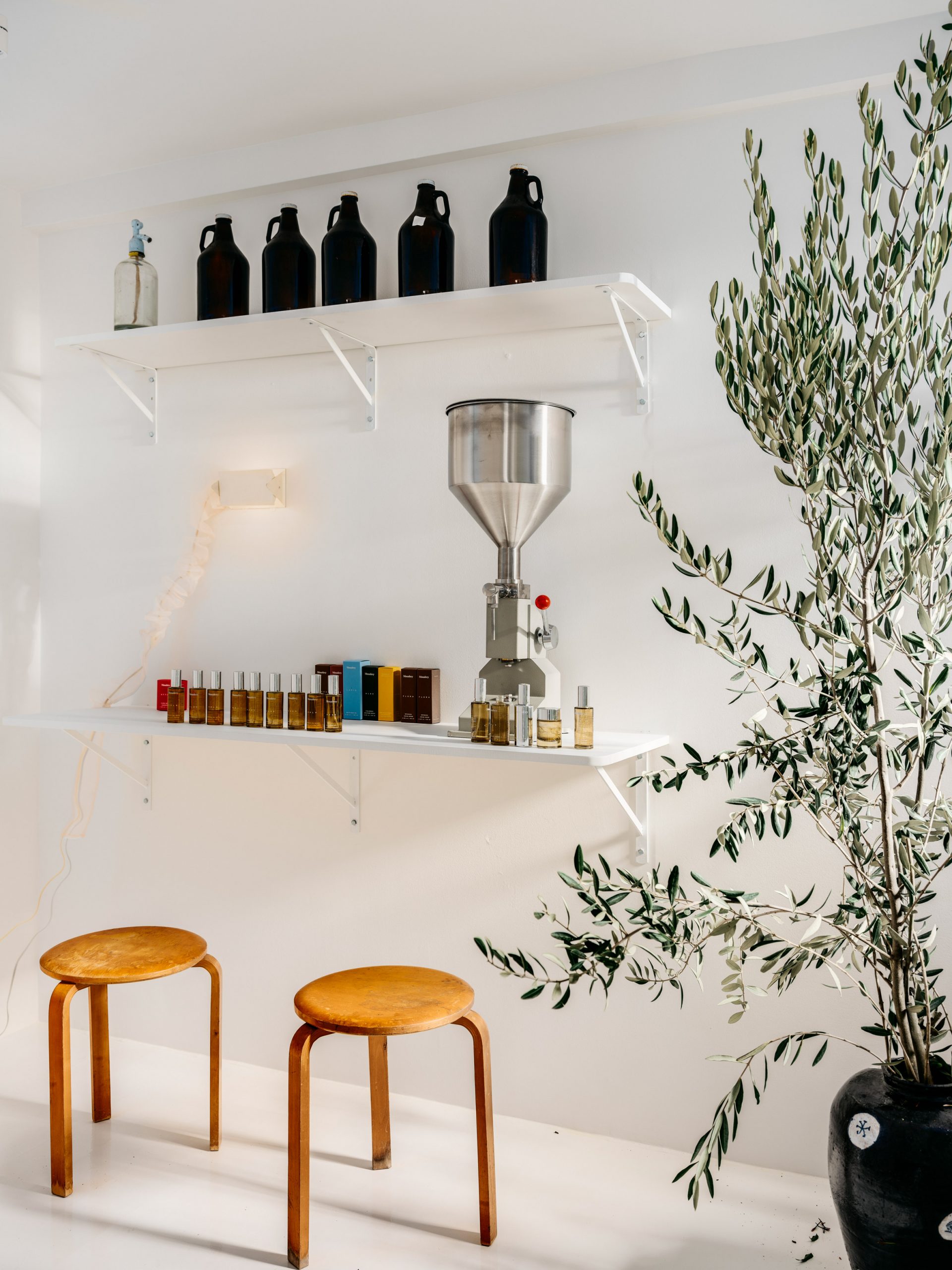 At the centre of the shop there is a chartreuse-coloured lacquer table with chunky circular legs and rounded edges designed by Shin Okuda of Los Angeles furniture studio Waka Waka. The surface forms a display area for the spa’s range of oils and serums. 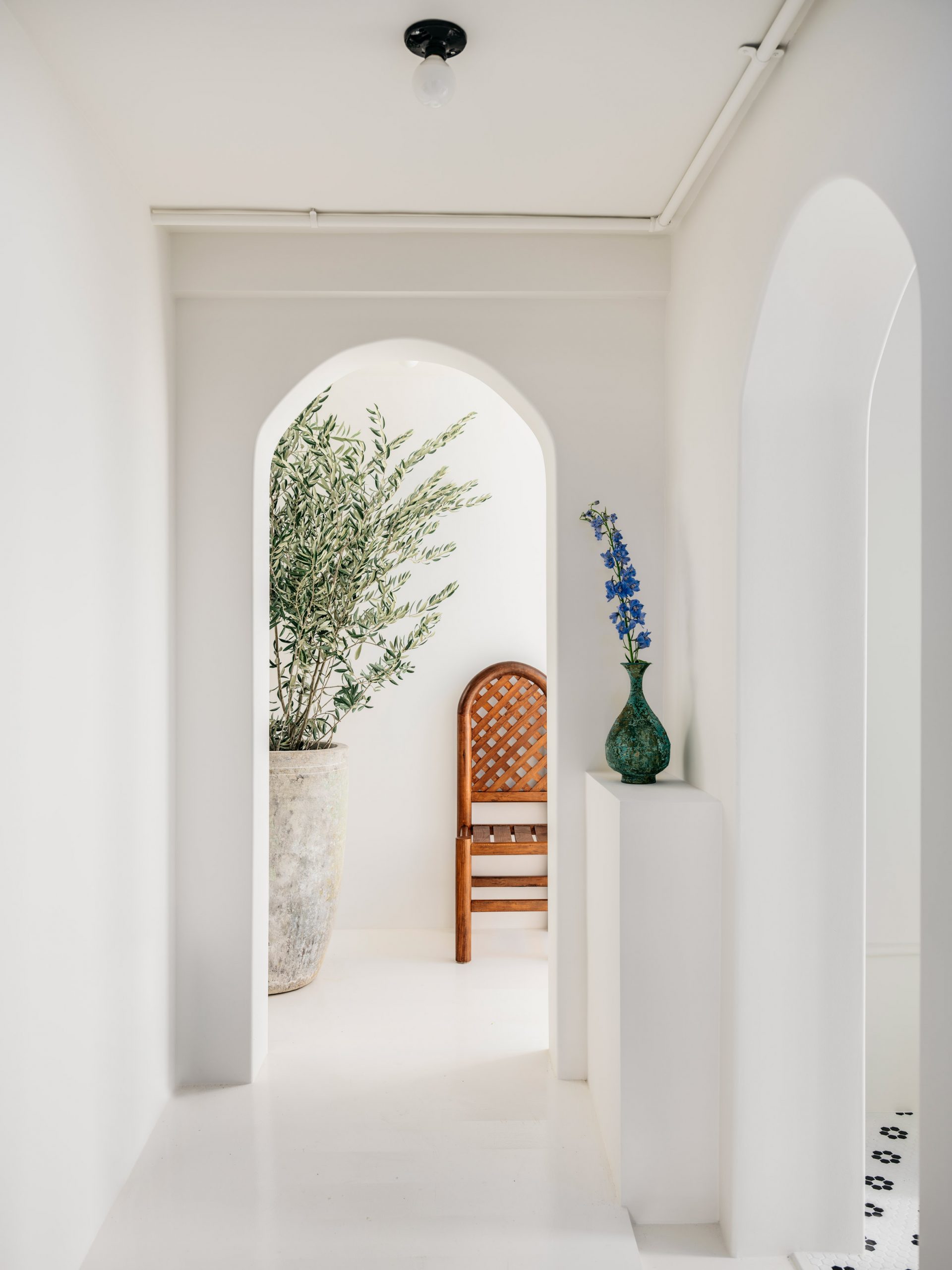 Bottles of products and other trinkets, including dried flowers, rocks and pottery, are arranged across the thin boards that comprise a massive built-in shelving unit.

To add texture to the space Sullivan installed a curving sculpture of brown and red plants that extends from the ground to the ceiling onto one of the walls. 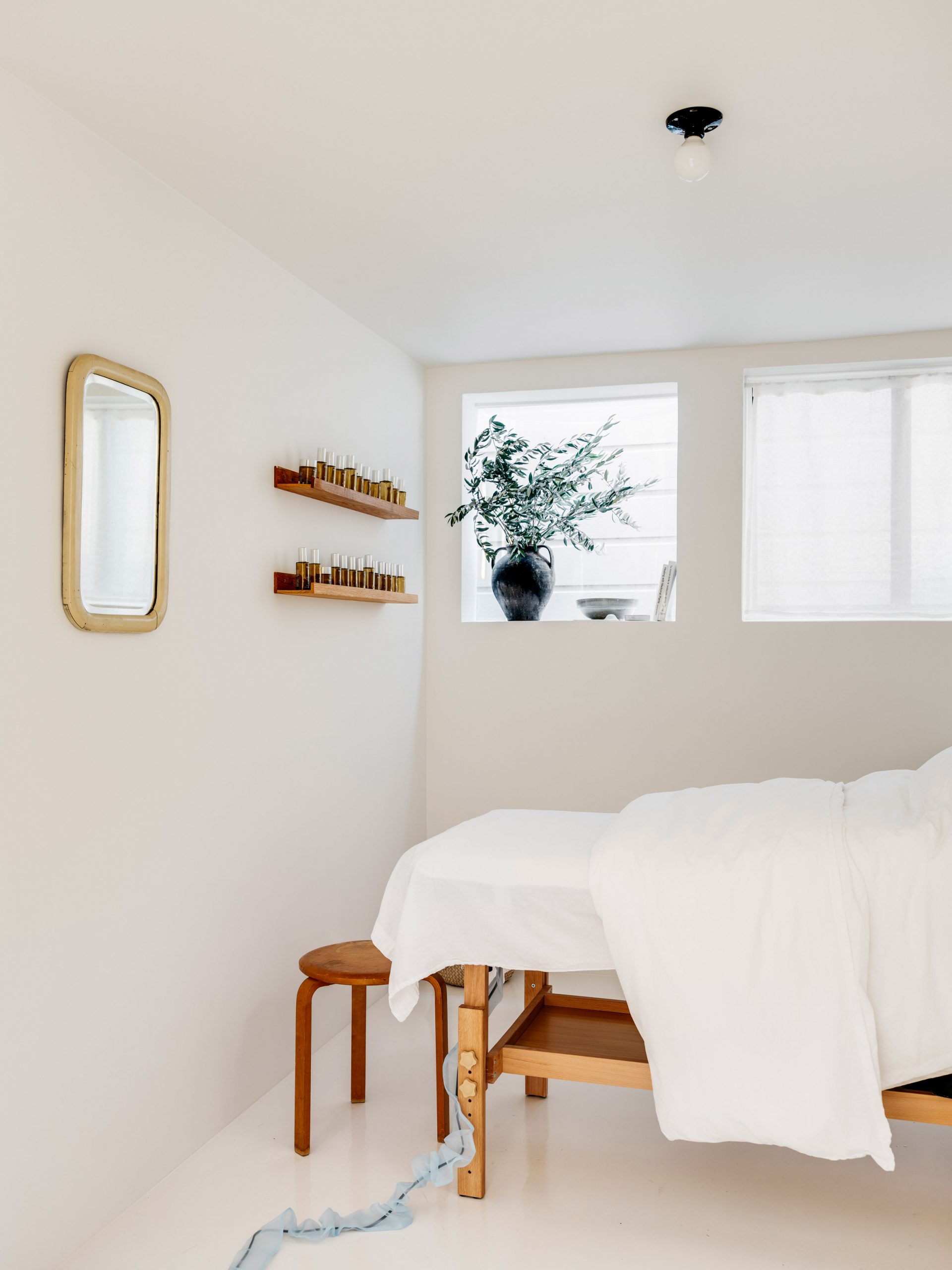 “We played with shape, texture, colour and scale in a way that feels informed by the past but simultaneously very contemporary,” the designer added.

“Ultimately, we wanted the space to feel soft, special and thoughtfully considered, just like the Monastery oils themselves.” 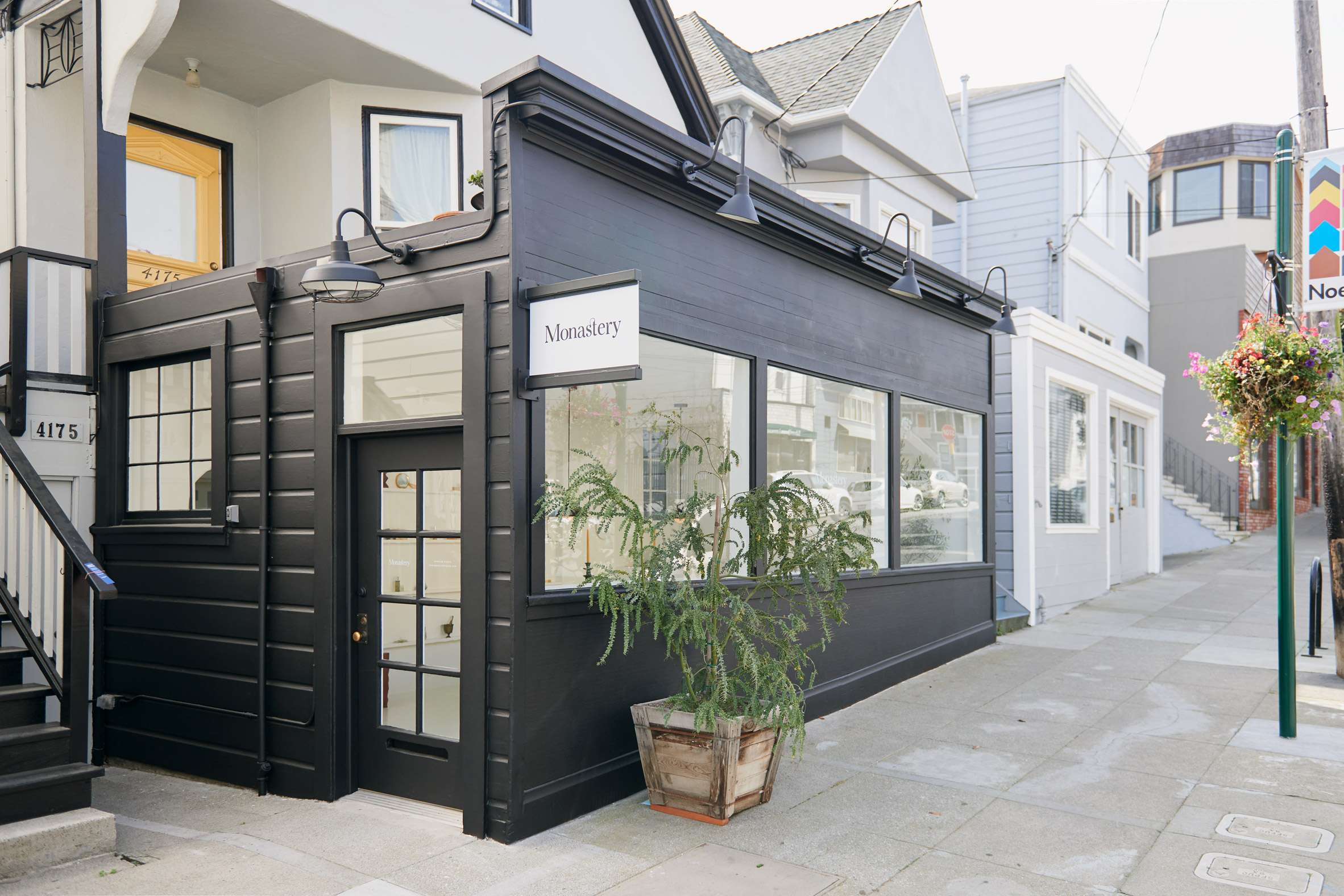 Curved archways lead into the treatment rooms which are also painted white and flooded with natural light from a row of windows. The rooms are outfitted with a wood chair for patients, wooden stools and potted plants.

The exterior of the spa and store is clad with planks of black wood and fronted with three large windows. 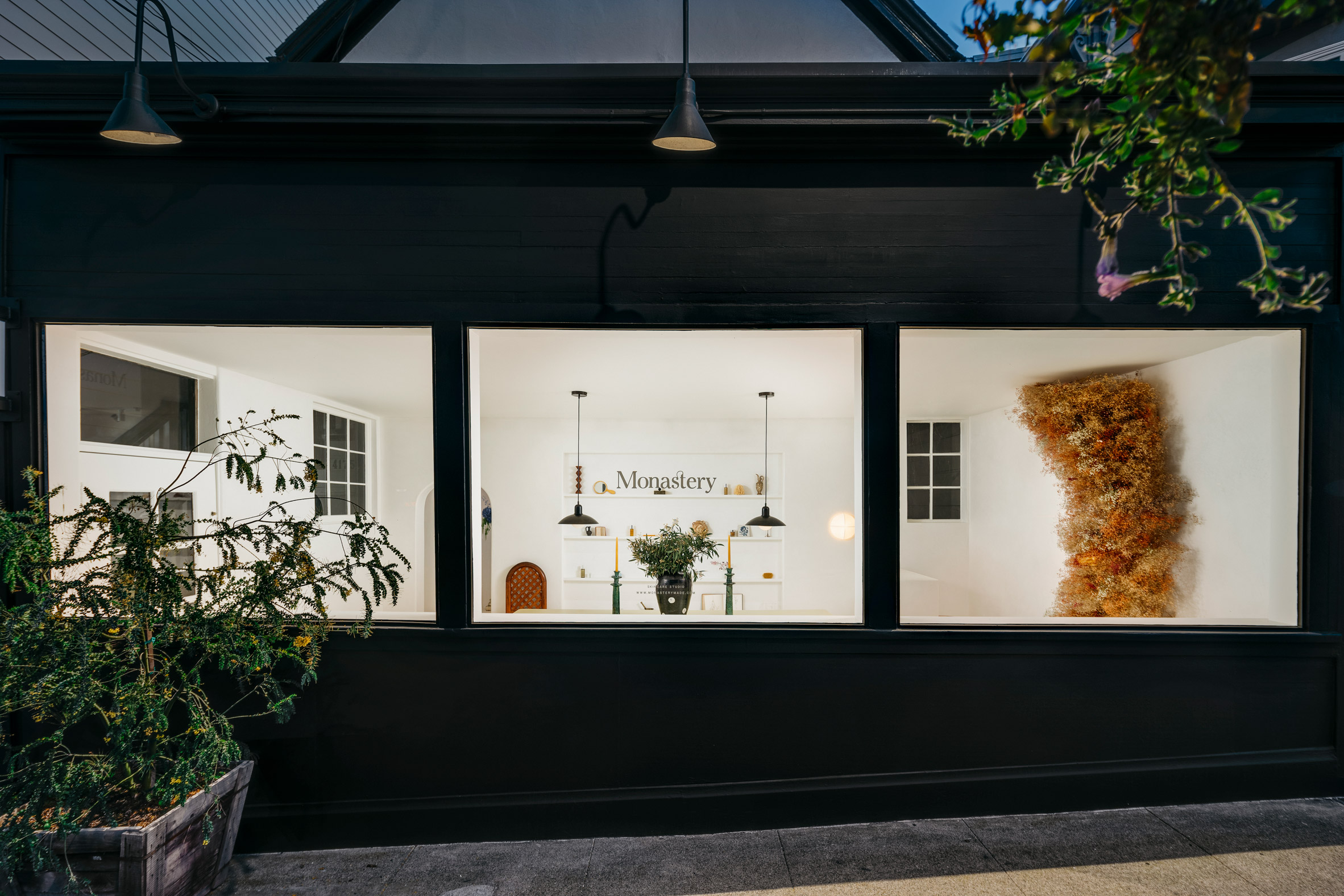 Other facial spas include a skincare studio in Los Angeles with light pink accents designed by Proem Studio and a skincare store in England with cane and ash wood cabinets.