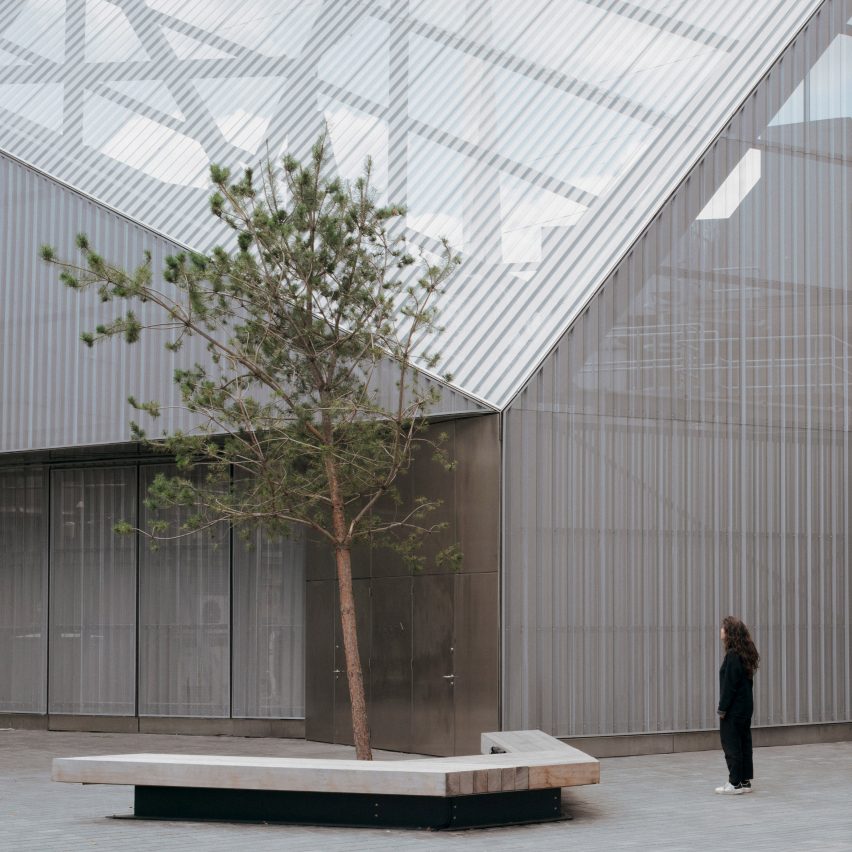 The faceted North Greenwich Sculptural Screen by Neiheiser Argyros is designed to conceal the exhaust vents and fire escape of a London Underground station.

Thousands of tiny perforations in the metal exterior grant the structure an almost translucent quality. 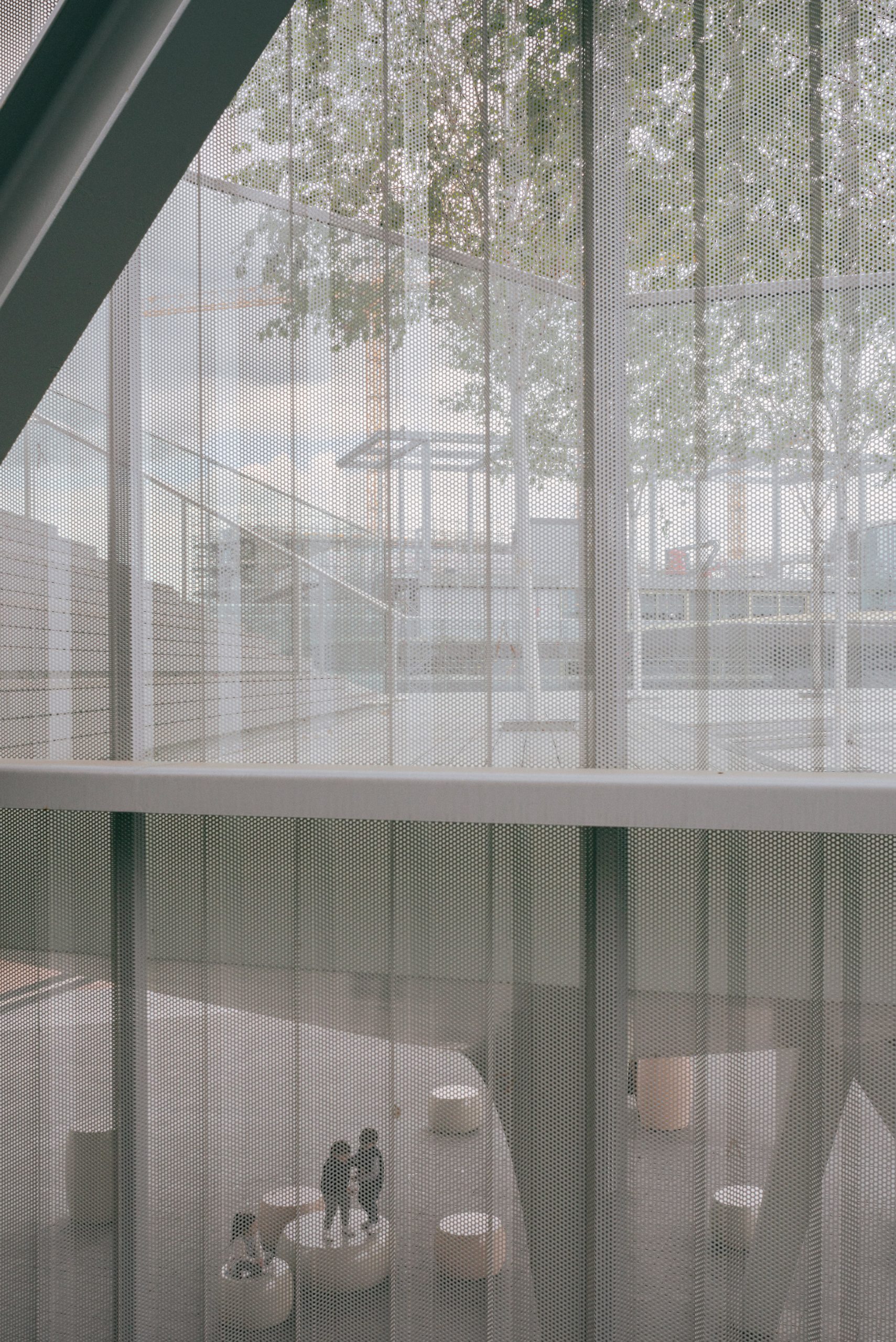 In addition to disguising the station’s exhaust vents and fire escape, the pavilion is designed to slot within challenging site constraints and offer a simple counterpoint to this bustling setting. 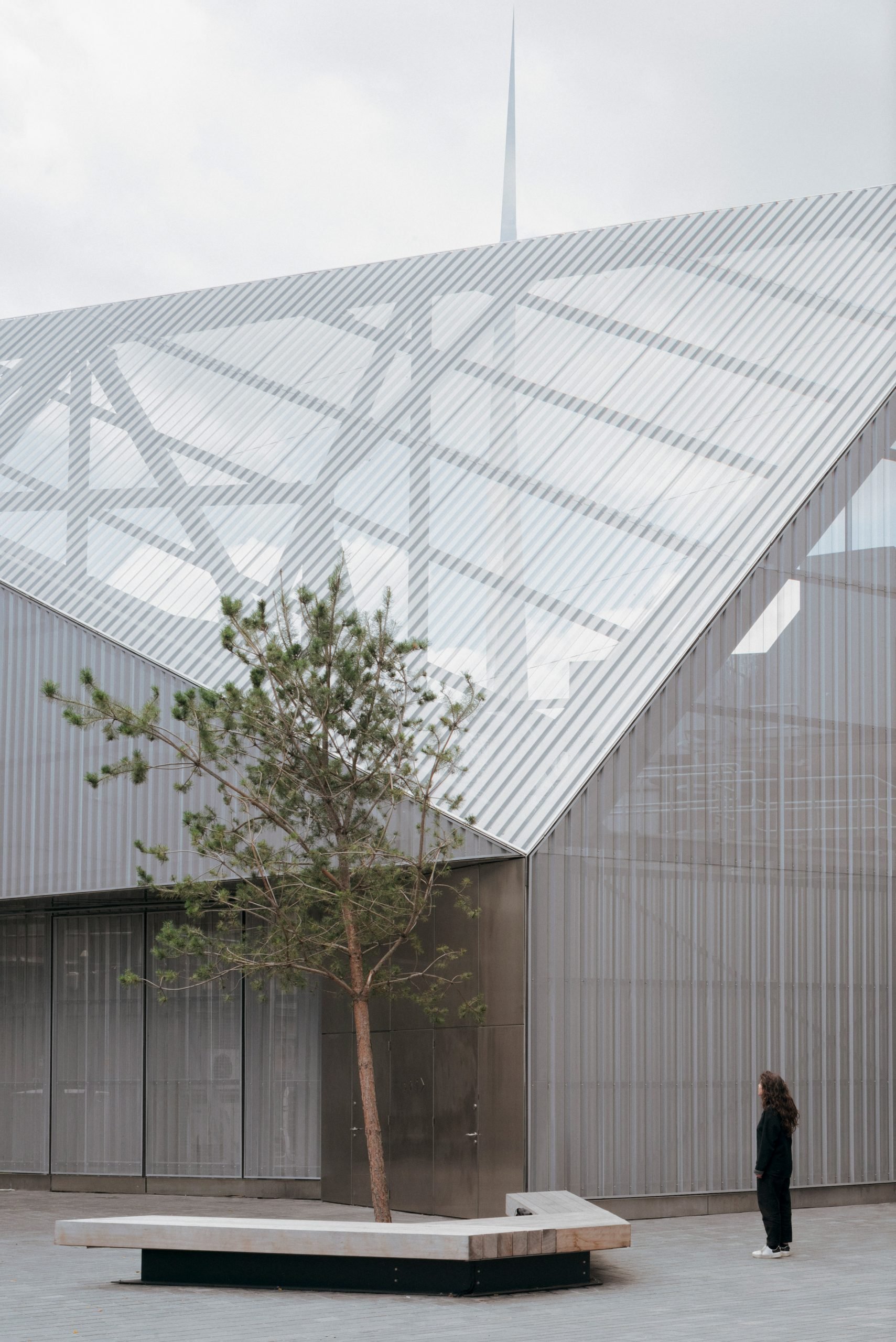 “There are so many colours, textures, and shapes in this emerging neighbourhood adjacent to the O2 Arena, all calling out for attention, that our initial idea was to create a quiet, calm, yet monumental object,” explained Ryan Neiheiser, co-founder of Neiheiser Argyros. 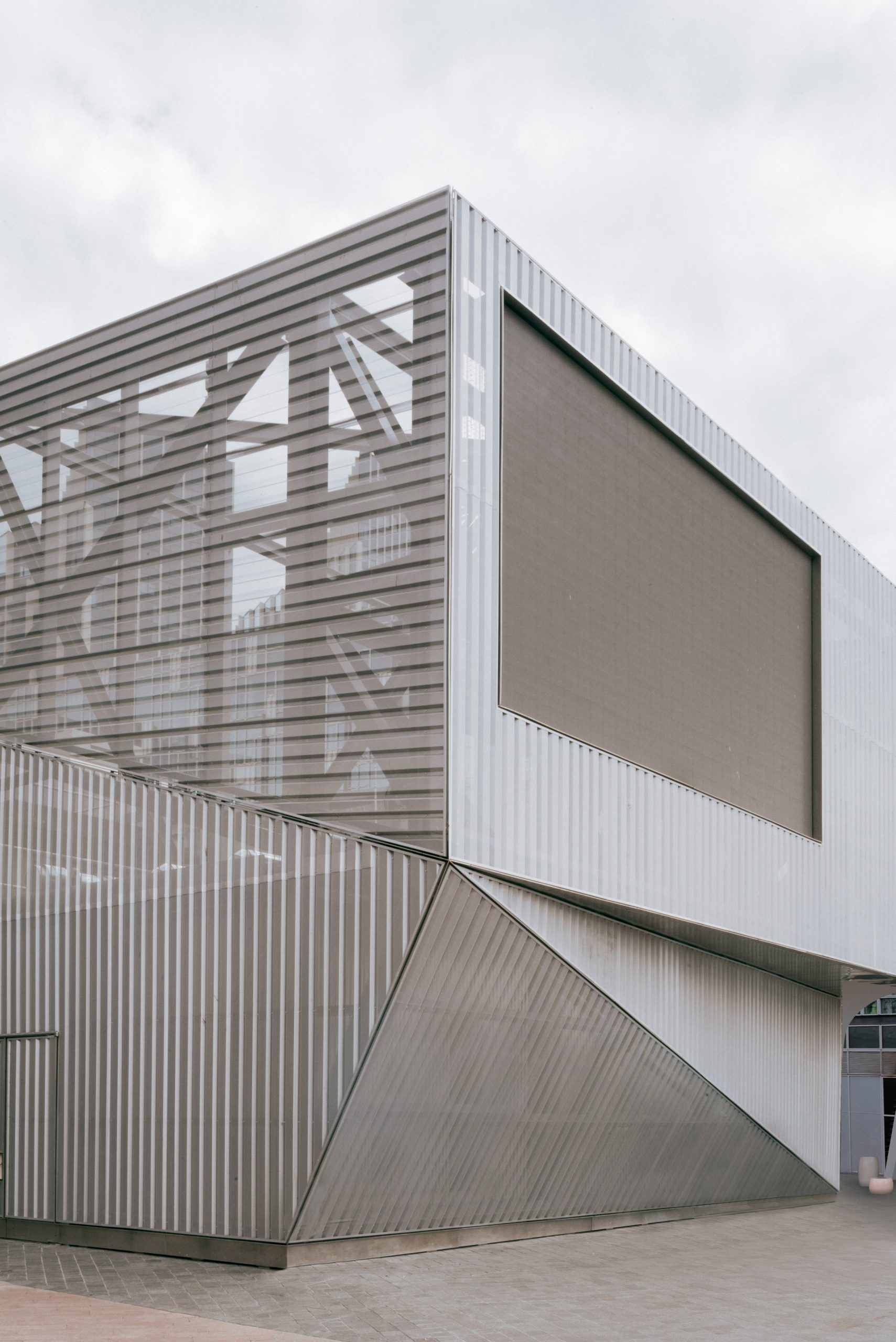 Though the North Greenwich Sculptural Screen never touches the structure of the Tide park, it is positioned as close as 200 millimetres at one junction.

“This desire for formal simplicity rubbed up against quite a few site constraints, including the required offsets from the existing London Underground exhaust infrastructure and the geometry of the adjacent Tide elevated park,” added Neiheiser.

“The angular form is the result of a simple rectangular box transformed by its site constraints and programmatic ambitions.” 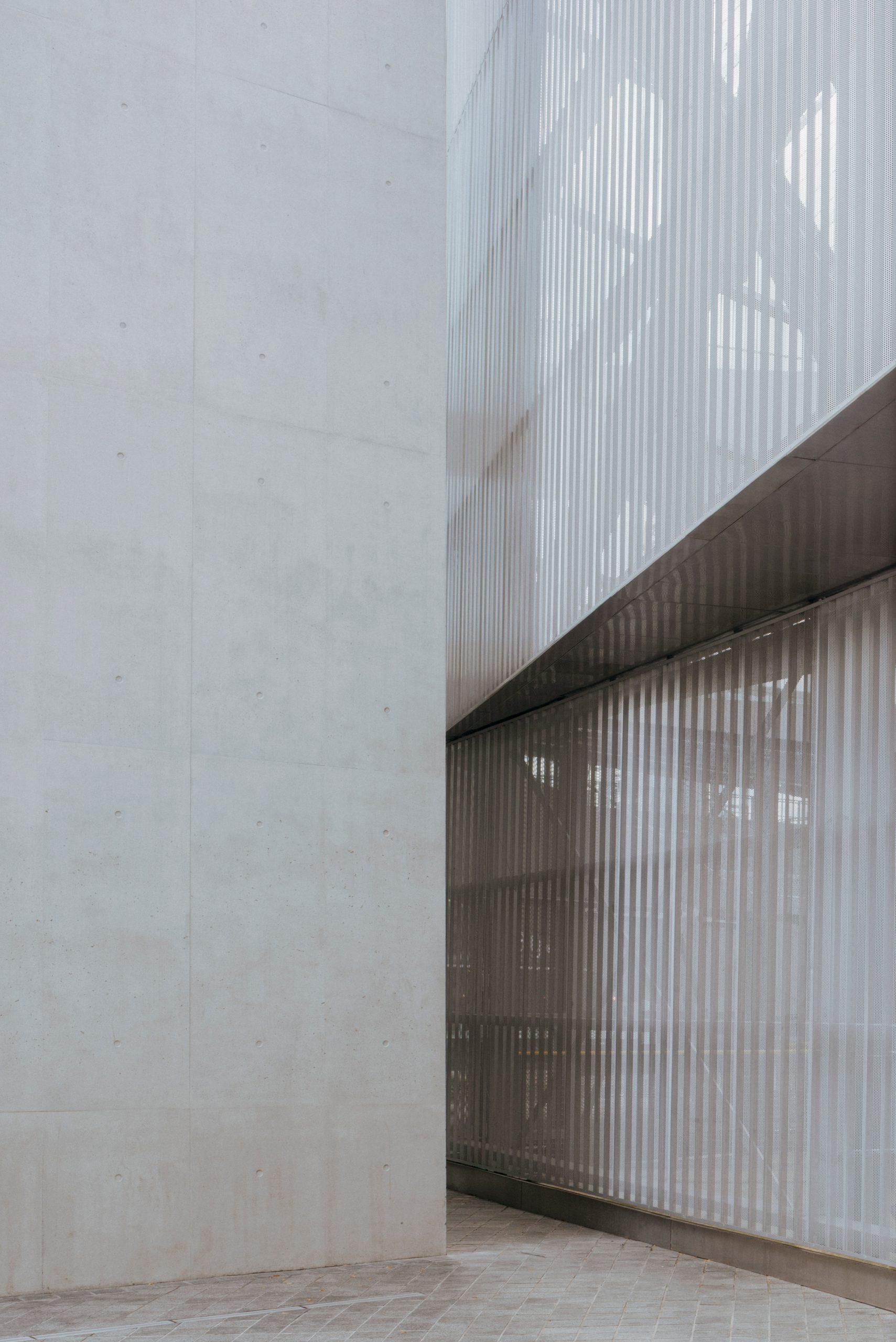 North Greenwich Sculptural Screen’s corrugated skin is punctured by small perforations. It was chosen for its neutral, utilitarian aesthetic that is simultaneously “dynamic” – creating playful patterns of light while obscuring or revealing its interiors to passers-by.

This material is also lightweight and strong, which helped the studio to achieve its pared-back form as it can span long distances without needing structural support. 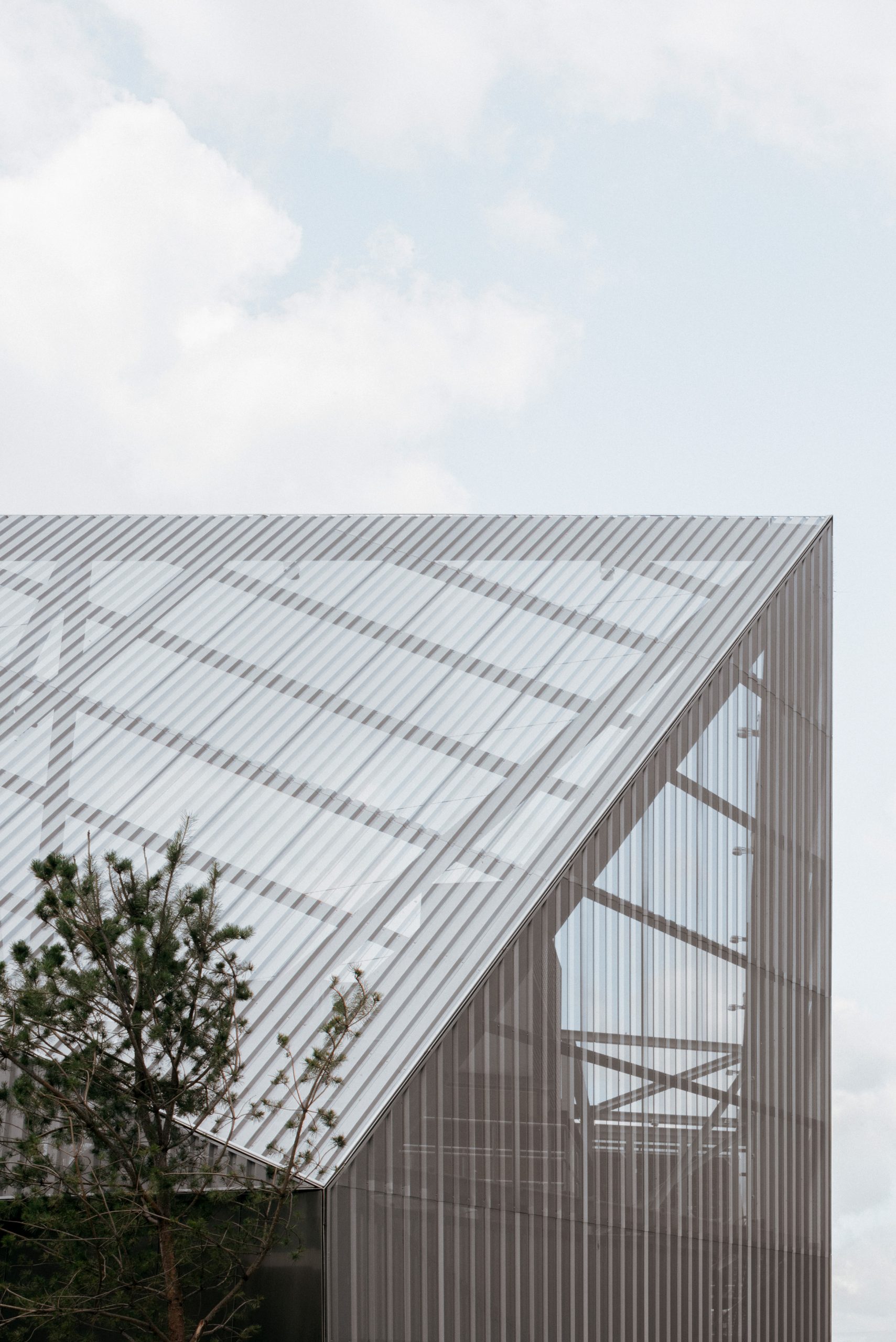 “We liked the idea that corrugated metal, a very common, utilitarian and almost industrial material, could become something special by simply perforating it and rotating it so that it was oriented in different ways on each facet,” explained Neiheiser.

“Aesthetically, we really liked the range of opacities that the material could produce in different lighting conditions – from completely opaque to almost glass-like. The corrugation folds also have a fabric-like quality that we liked, like pleats or the folds of drapery.” 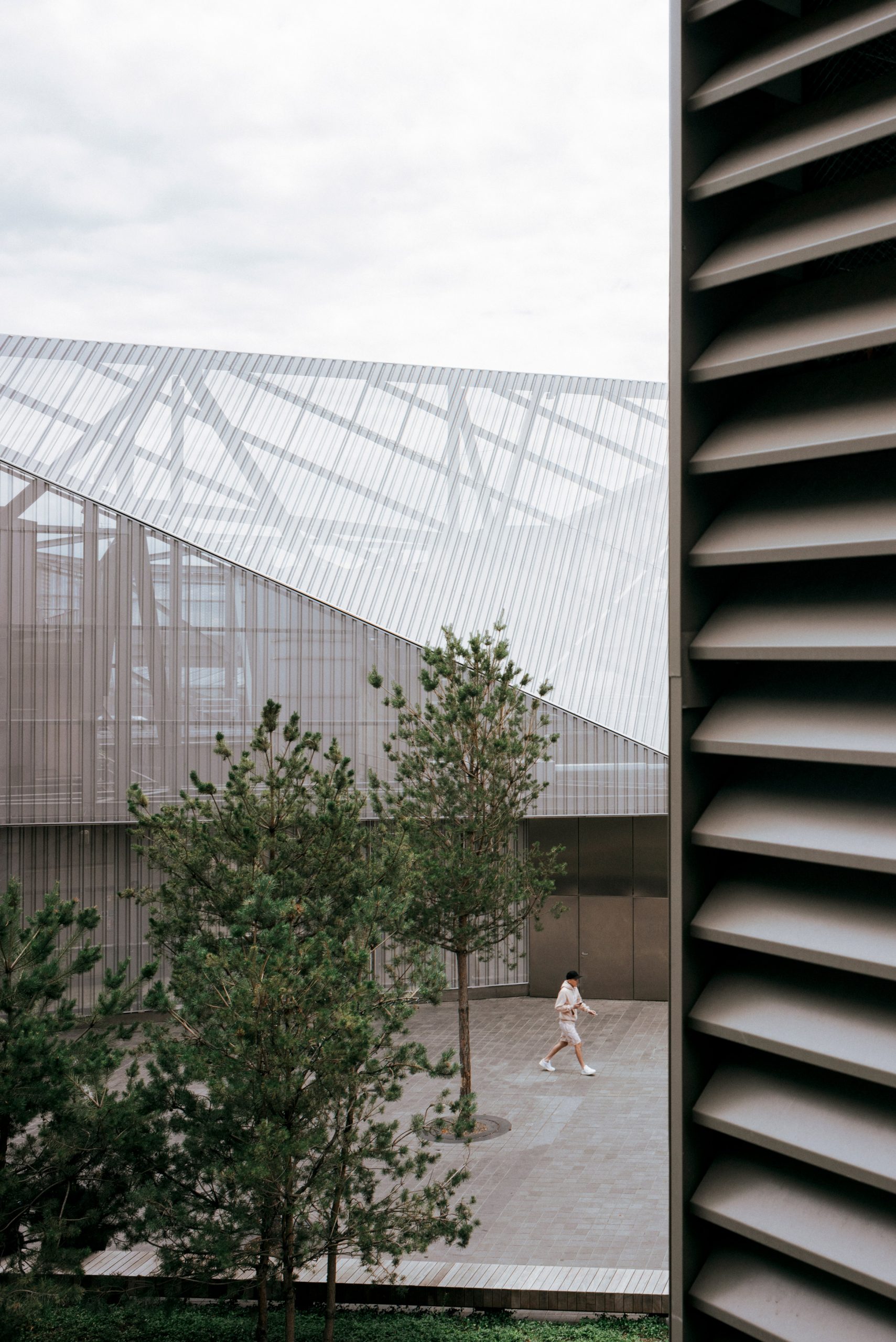 The digital screen on the pavilion’s south elevation was incorporated by Neiheiser Argyros as an advertising opportunity, as its location means that hundreds of visitors pass by daily.

It will be used to announce or live-stream performances at the O2 Arena and show artwork by students from Ravensbourne University. 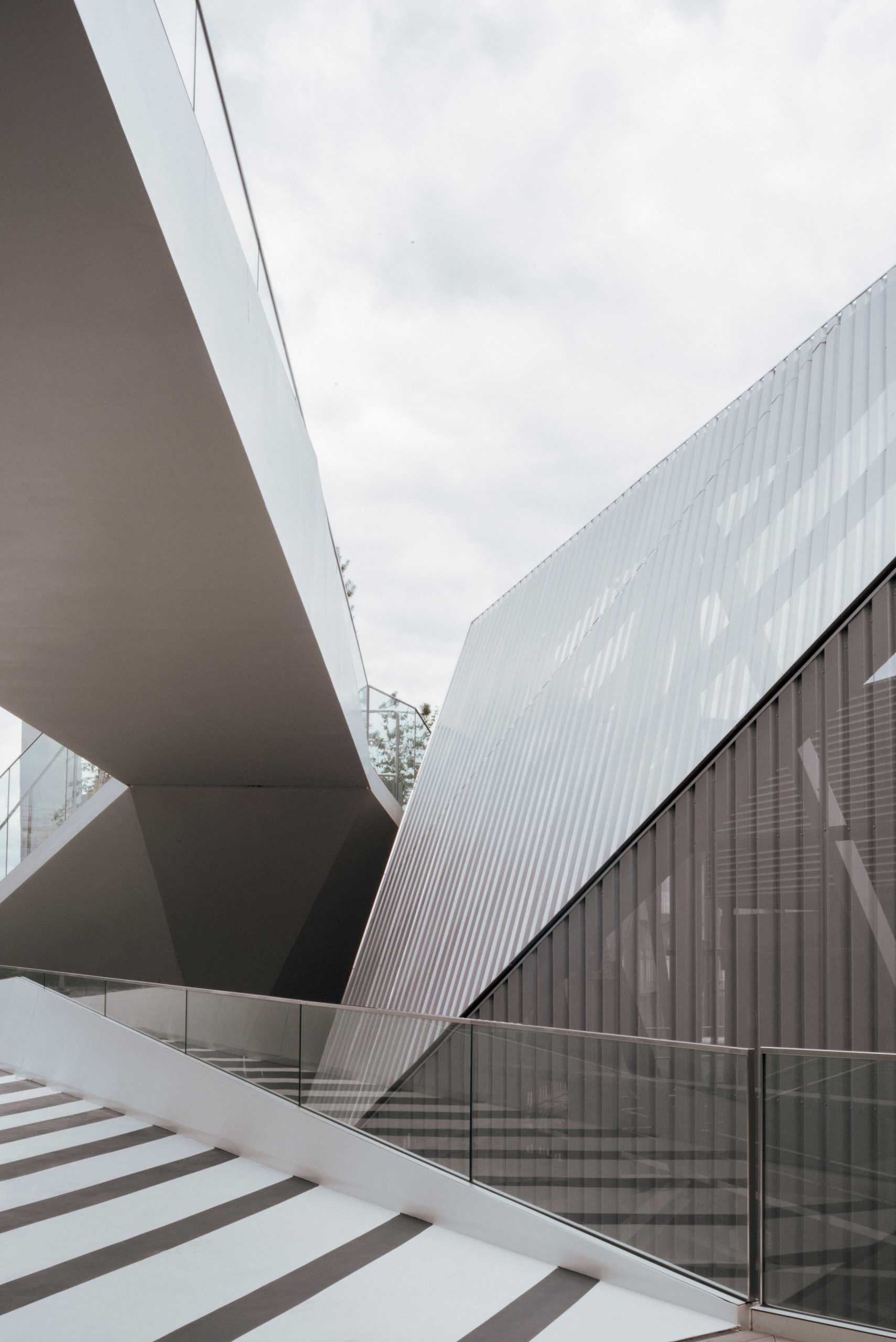 To highlight the entrance to the public bathrooms, Neiheiser Argyros has flanked the doorways with opaque stainless steel panels that juxtapose to the perforated metal facade.

The cafe’s entrance is designed to be more ambiguous – concealed by a full-height bi-fold door that appears to form part of the facade. 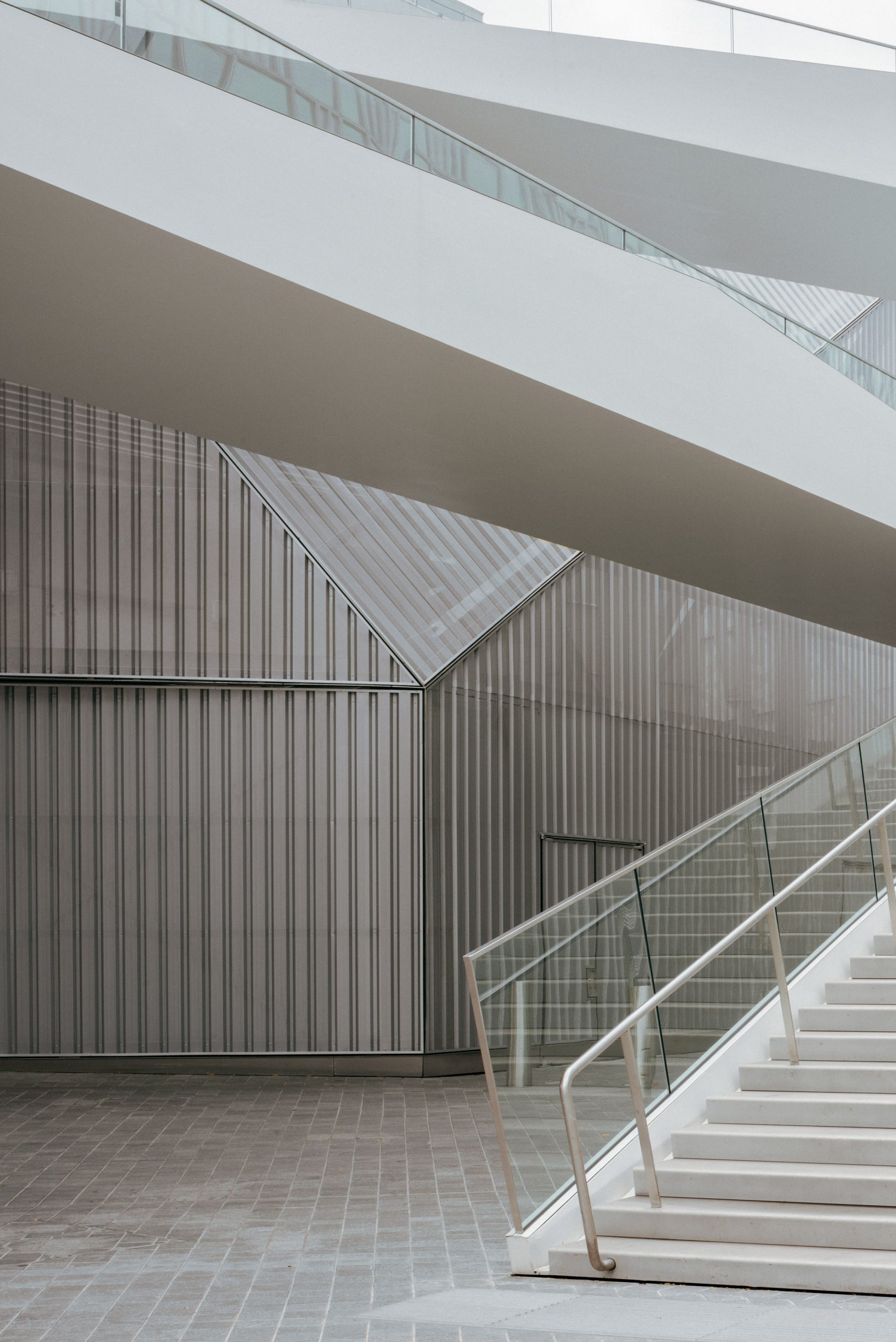 The interiors for the public spaces are designed “in high contrast to the quiet and neutral metallic finish of the exterior”.

This includes bright pink and green tiles in the bathrooms, which run from floor to ceiling. 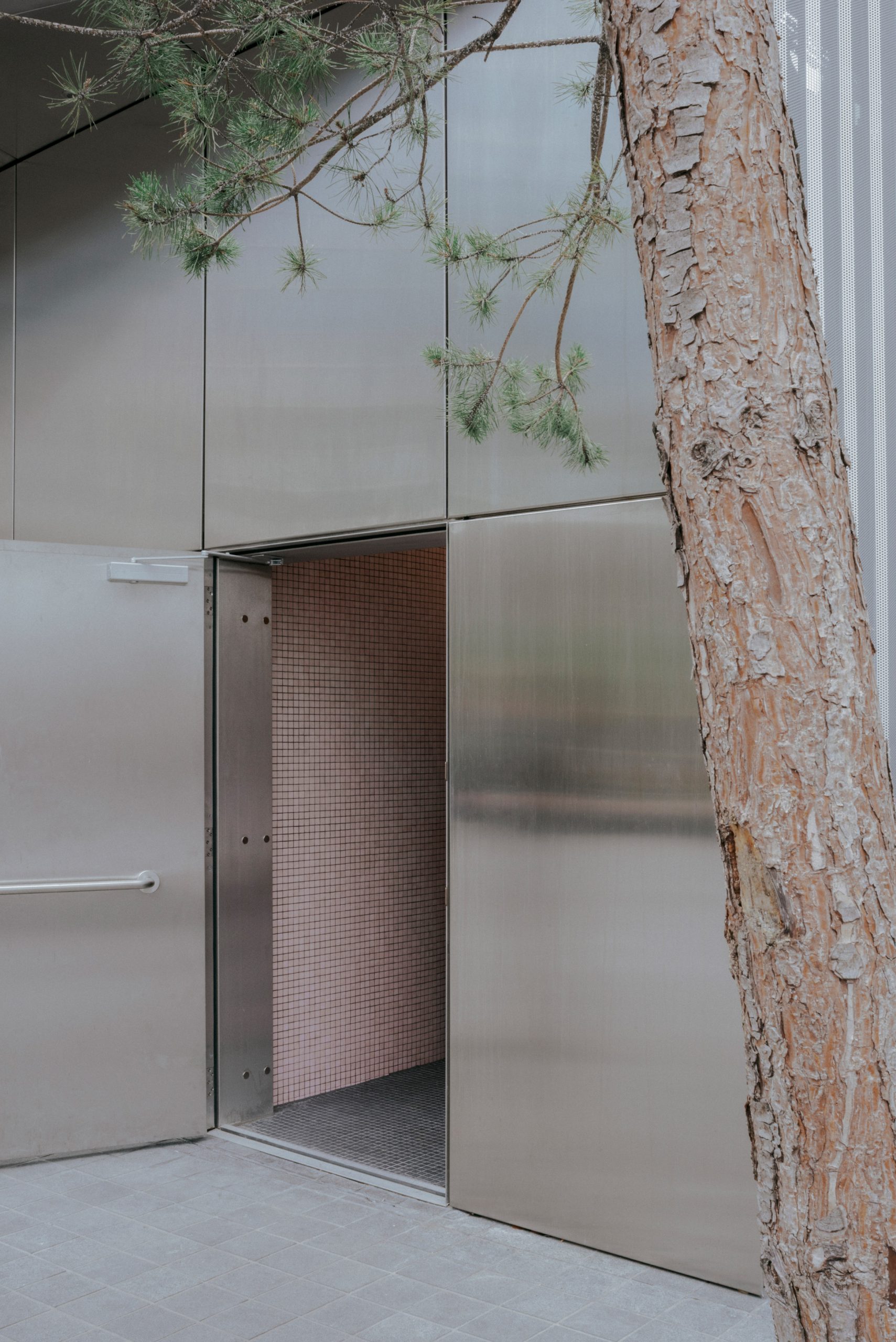 Neiheiser Argyros was founded in 2015 by Neiheiser and Xristina Argyros, with studios in both London and Athens. They teach a design unit together at the Architectural Association in London.

Alongside the Tide, other projects by the studio featured on Dezeen include a cafe in London with trellis-like walls containing potted plants.

Photography is by Lorenzo Zandri.