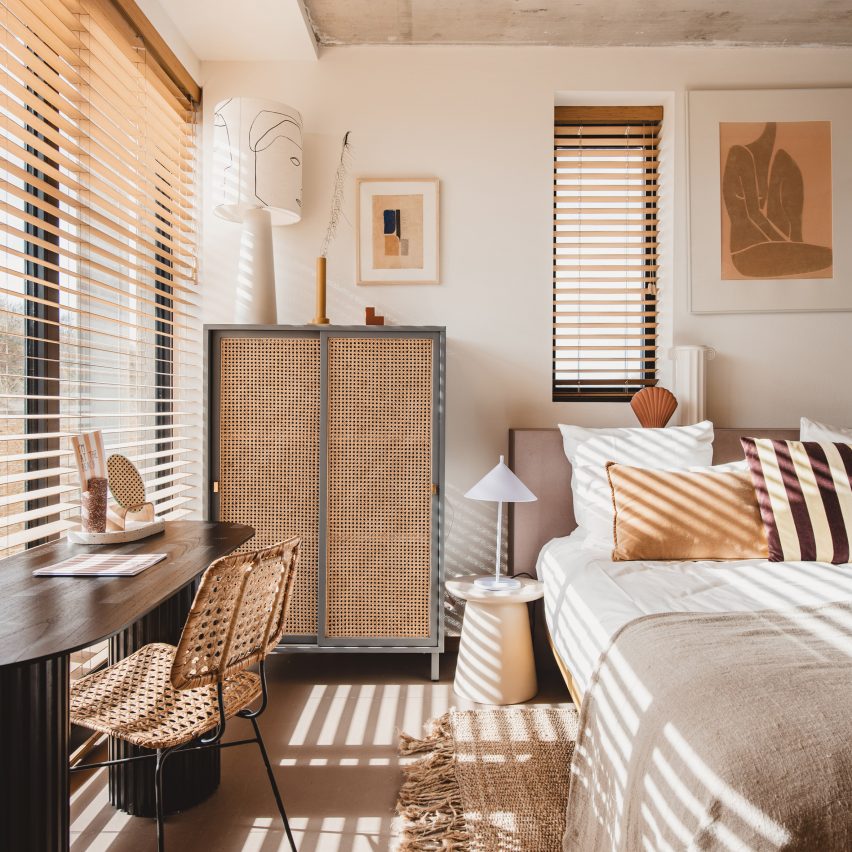 Linen, bamboo and sandy-beige tones appear throughout Strandhotel Zoomers in the Netherlands, which has been designed by creative studio The Other Season.

Strandhotel Zoomers huddles up against the sandy dunes of Castricum beach in north Holland.

The hotel was completed by Dutch practice Breddels Architecten at the beginning of 2020 and features a facade clad with different-hued strips of timber. 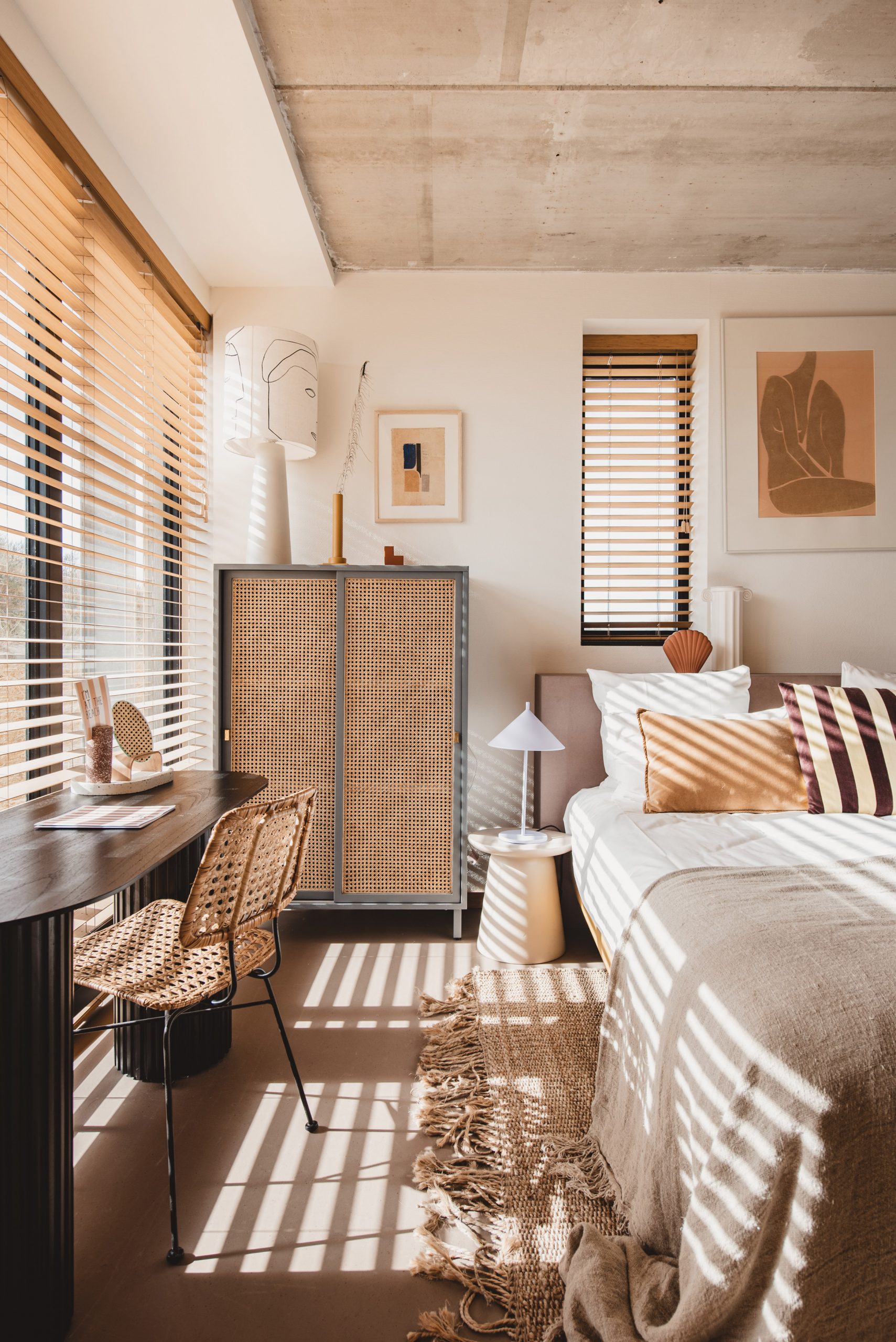 Creative studio The Other Season has applied a similarly warm and natural material palette throughout the hotel’s interior, which accommodates 12 guest rooms.

Smaller rooms have views of the dunes, while larger rooms are orientated to overlook the calming ocean waves. There’s also a large apartment-style room for families visiting with children. 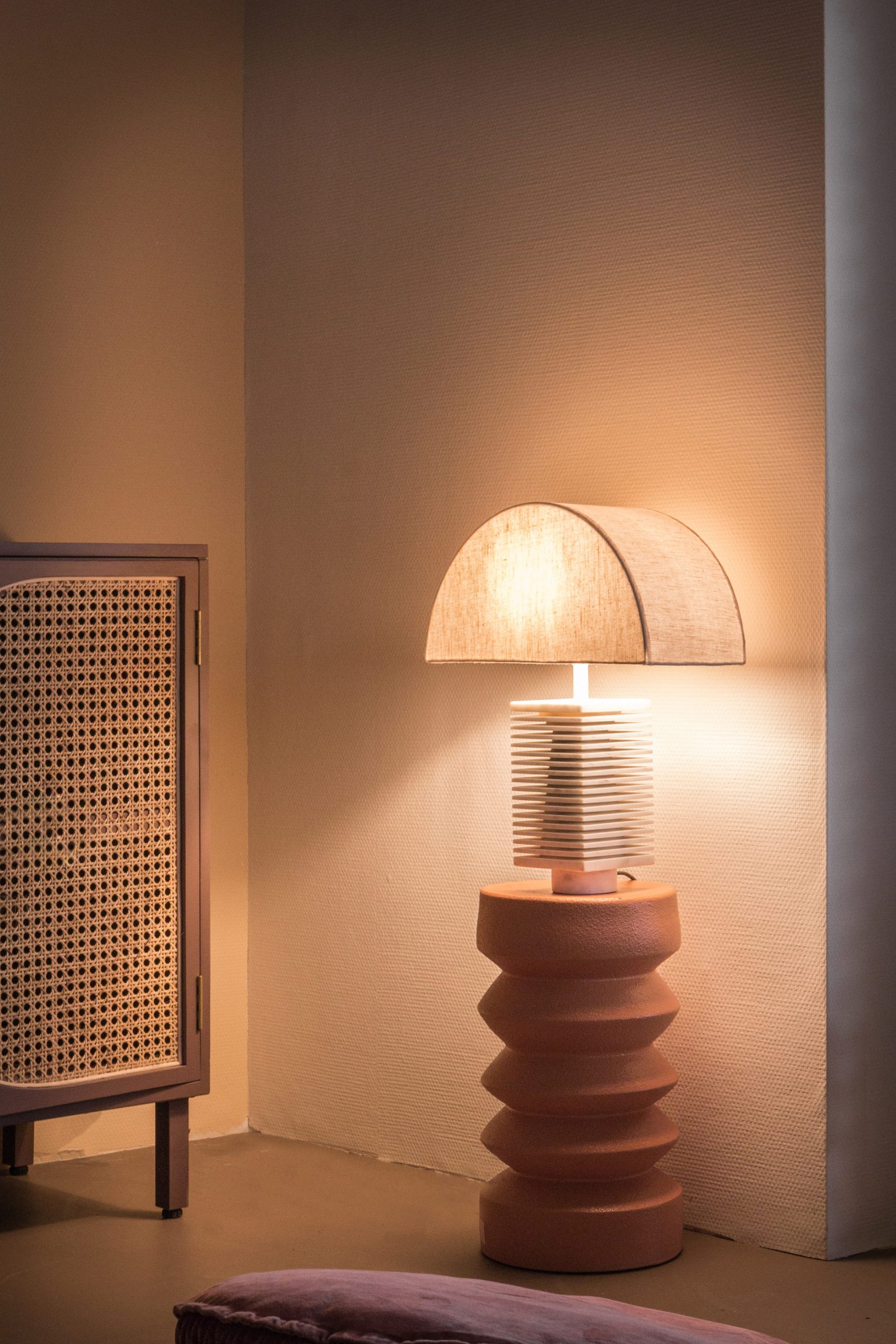 “The outside of the building reflects the inside of it; simple and pure with beautiful nuances in colours that make you feel welcome and at ease,” said the studio, which is led by Jasmijn Boots and Marry Broersen.

“We chose natural patterns, colours and materials for the flooring, doors and window coverings like bamboo and wood, as they reflect the wooden covering on the exterior of the hotel and of course the tones of the grasses and sand in the dunes.” 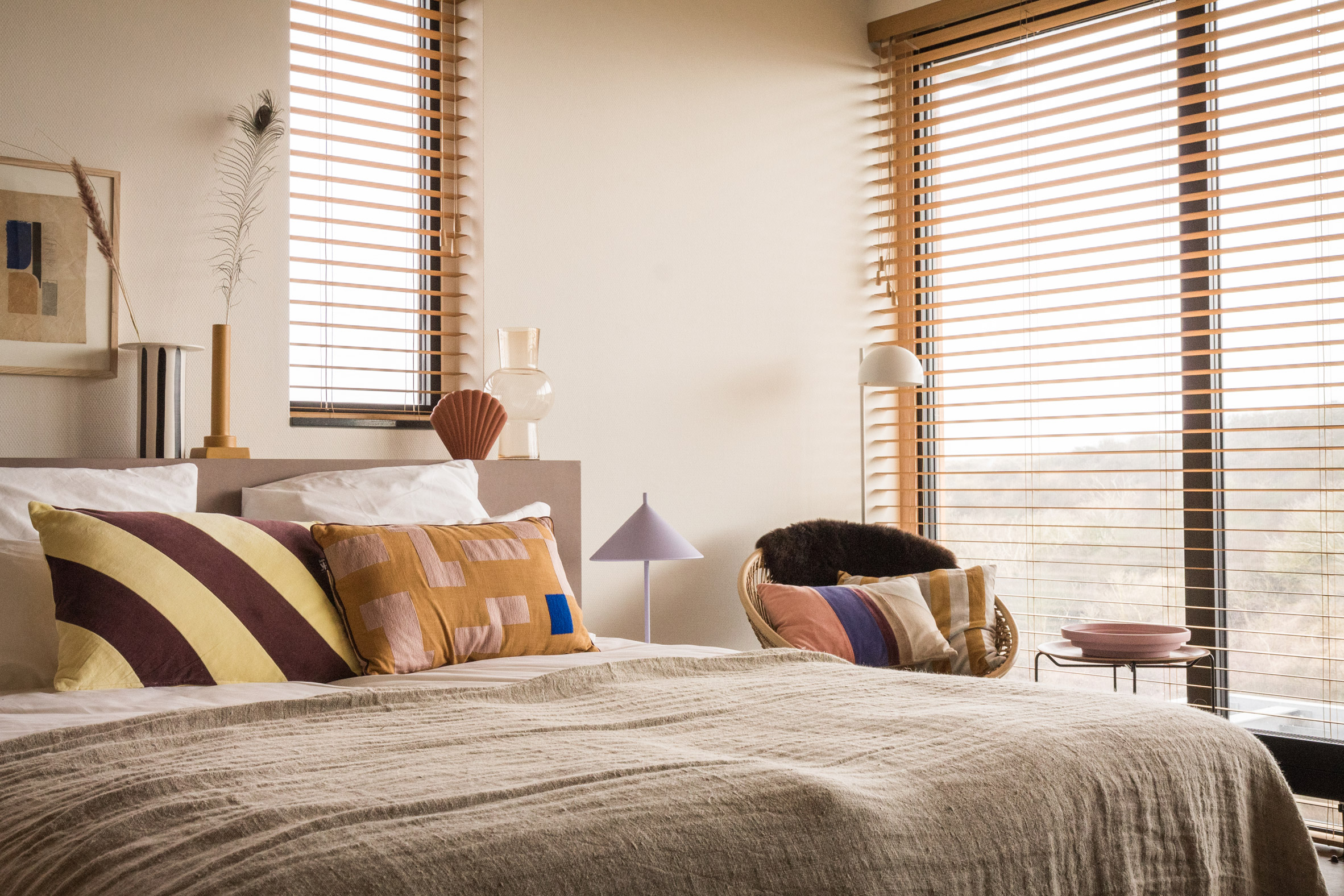 Each room boasts simple white walls and an exposed concrete ceiling, but has been exclusively decorated with products from Dutch design brand HK Living.

Taupe or maroon-striped scatter cushions have been used to dress the beds, as well as sandy-beige linen throws.

Storage is provided by bamboo-panelled cupboards, complementing the bamboo armchairs that appear underneath the rooms’ writing desks or beside the windows.

Shell-shaped ornaments, amber-hued vases and woven rugs have also been used as decor, along with oversized lamps that have been printed to feature spindly illustrations of faces. 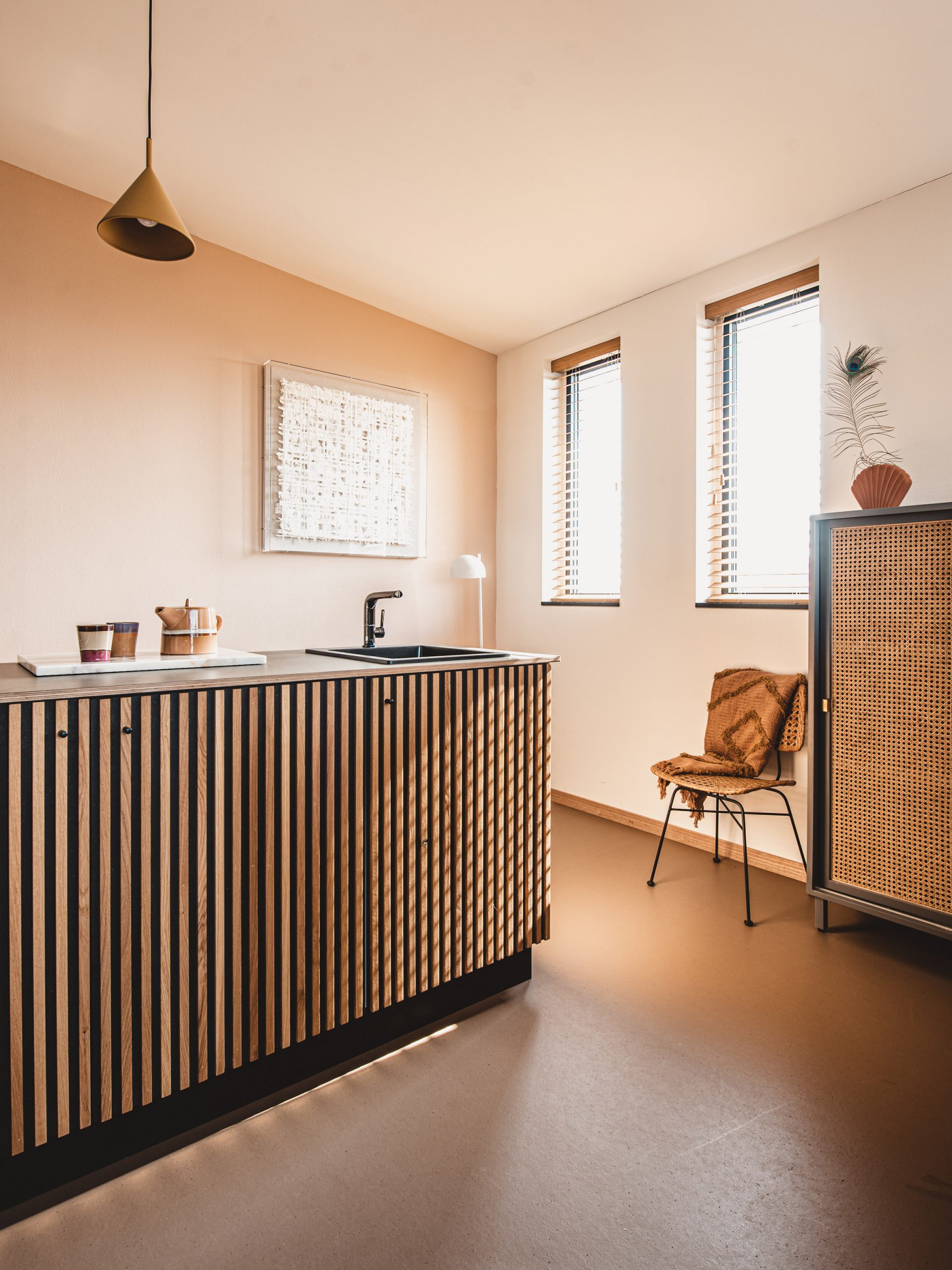 There’s no on-site restaurant at Strandhotel Zoomers, but instead a cosy breakfast room where guests can enjoy beverages and snacks.

Wood has been used to craft the room’s prep counter, cabinetry and central dining table, which is surrounded by white wire-frame seats. 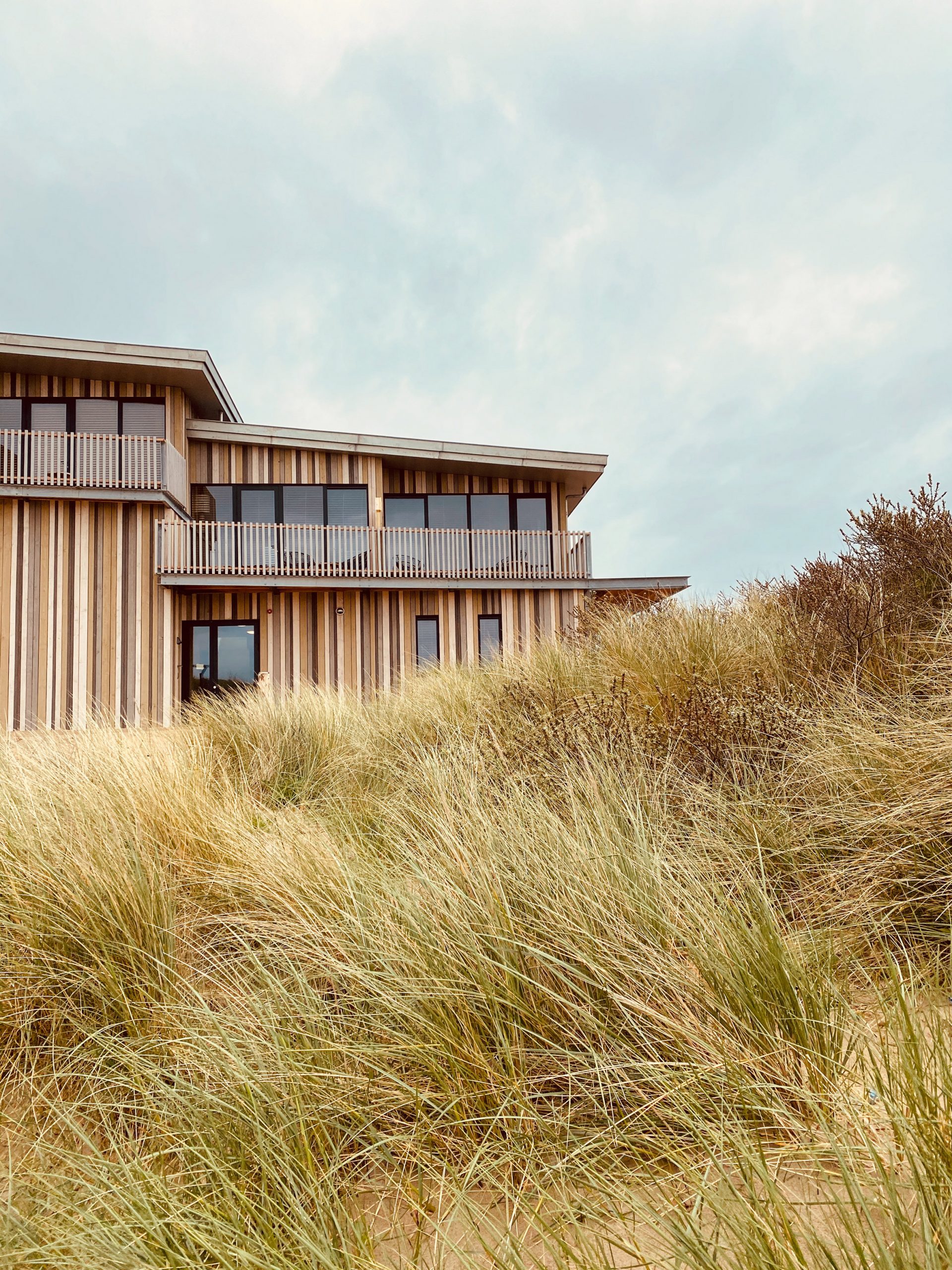 Other spots to stay around the Netherlands include Kazerne in Eindhoven, which has just eight guest rooms and an exhibition space that displays works from the city’s leading creatives.

There’s also the Sweets Hotel in Amsterdam, which takes over a series of vacant canal-side bridge keeper’s houses in Amsterdam. It won the hotel and short-stay interior category at the 2019 edition of the Dezeen Awards, where it was praised by judges for “questioning the idea of hotels in the era of Airbnb”.

Photography is courtesy of The Other Season and One Two Studio unless stated otherwise.

The post The Other Season applies natural palette to boutique hotel by Dutch seaside appeared first on Dezeen.