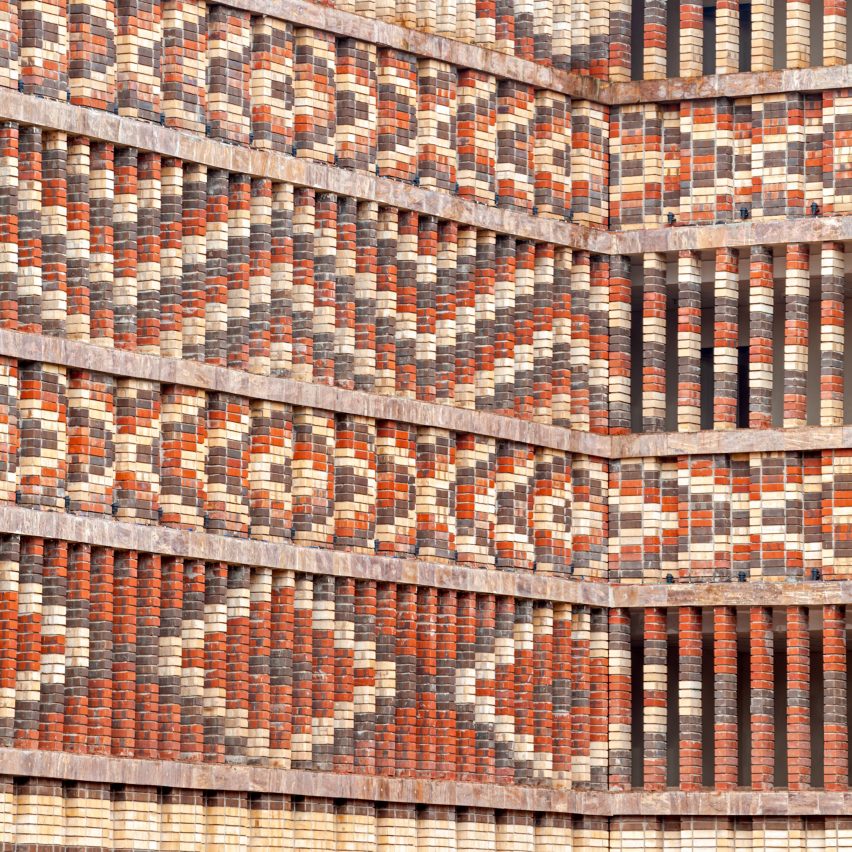 New Delhi-based Studio Lotus built the facility for the state government of Odisha in the city of Bhubaneshwar. The complex houses administrative offices for the Department of Agriculture & Farmers’ Empowerment around courtyards filled with ponds and trees.

The brickwork elements that wrap the upper floor create a pattern designed to emulate Odisha Ikat, a traditional dyeing technique from the eponymous Indian state.

Studio Lotus recreated the patterns with bricks using three different colours of clay sourced from the surrounding area. The perforations in the facade help to naturally cool the building. Regional materials and techniques feature all over Krushi Bhawanin. Its pedestal and part of the north wing are made from laterite and khondalite stone from nearby mines.

The khondalite was carved by hand to create lattices around the central courtyard, which has a stone inlay floor that displays a yearly calendar according to the crops. Odisha is the third-largest supplier of grain in India. Dhokra, a type of metalwork perfected in India over 4,000 years, appears on screens along the building’s corridors and the light fixtures on columns. 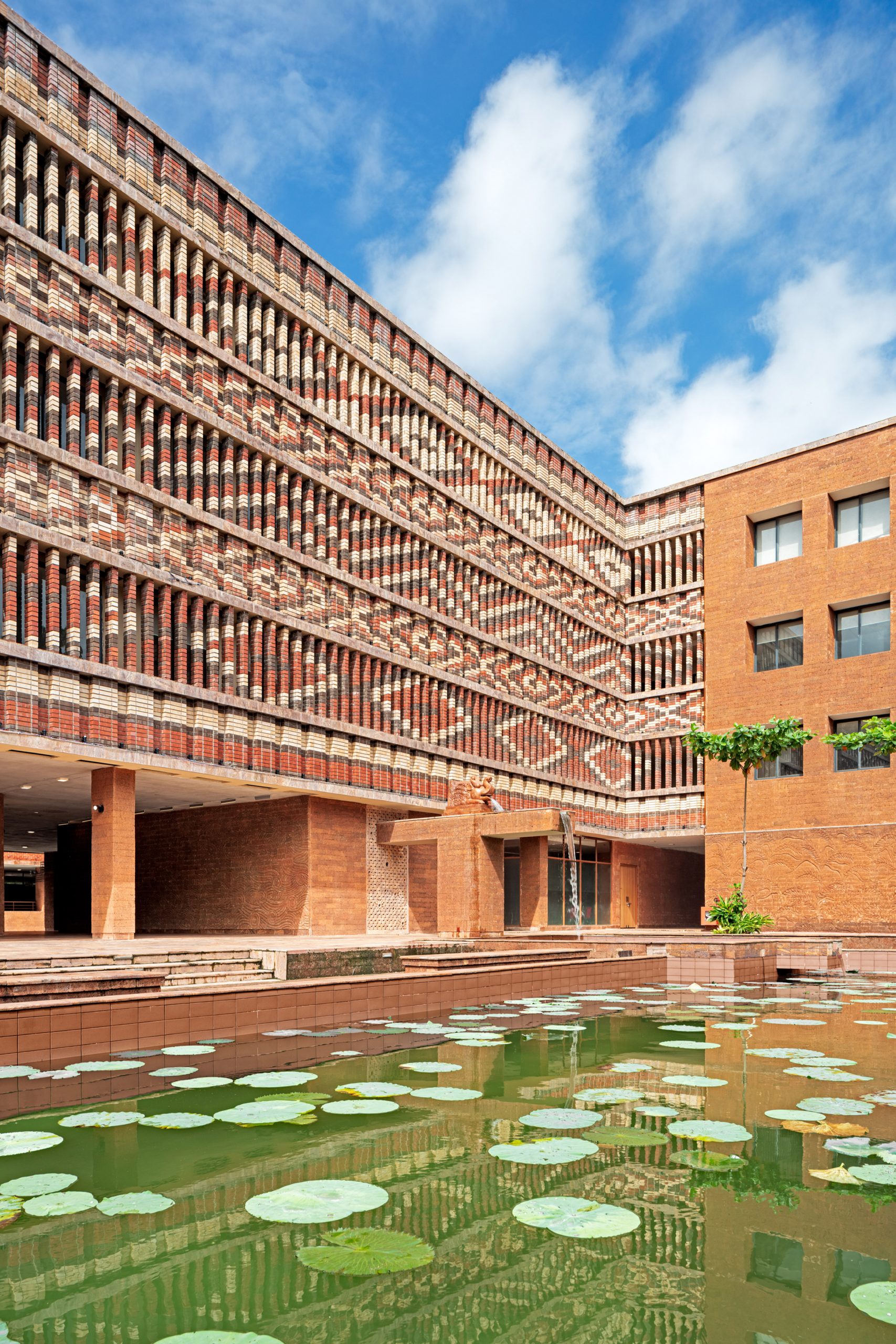 Along with being a workplace for 600 staff, the site also houses spaces for education and community engagement.

Studio Lotus pitched these additional facilities to the client after they looked into German architect and planners Otto Königsberger’s original plans to make Bhubaneshwar’s government offices a focal point for city life. “This attempt to include the building into the public domain has been achieved by designing the ground floor as a free-flowing public space that opens out into a plaza, which is an extension of the street,” said Studio Lotus.

The plaza has an amphitheatre, and a garden with a pond to naturally cool the space. Entrance is via a pathway lined with trees and stone colonnades, which doubles as a shady place for employees to eat their lunches. A learning centre, gallery, auditorium, library and training rooms are also located on the ground floor.

Government offices are located on the first, second and third floors, where access can be restricted.

“This allows the offices to be secured off, making it possible to keep most of the other facilities open to the public even on holidays,” said Studio Lotus.

“Through exhibitions, workshops, weekly markets, lectures and school visits, these public spaces become a hub for imparting skills and sharing knowledge that engages diverse sections of the city’s population.” On the rooftop, there are urban farms that can be used to demonstrate the best agricultural practices.

Odisha’s climate is hot in the day but cooler at night, so Studio Lotus used a night-purging system to pull cool air in through the northern facade after dark, lowering the building’s temperature before the hotter daytime hours. The courtyard design, along with recessed windows, also features brick louvres that create shade and airflow.

“Krushi Bhawan thus seeks to embody the idea of truly inclusive architecture – created for the people, built by the people, and expressive of their collective cultural identity,” said Studio Lotus.

Studio Lotus was founded in 2002 by Ambrish Arora, Ankur Choksi and Sidhartha Talwar.

Shaded walkways and corridors also feature in this school in Rajasthan by Sanjay Puri Architects.

Photography is by Sergio Ghetti and Andre Fanthome.