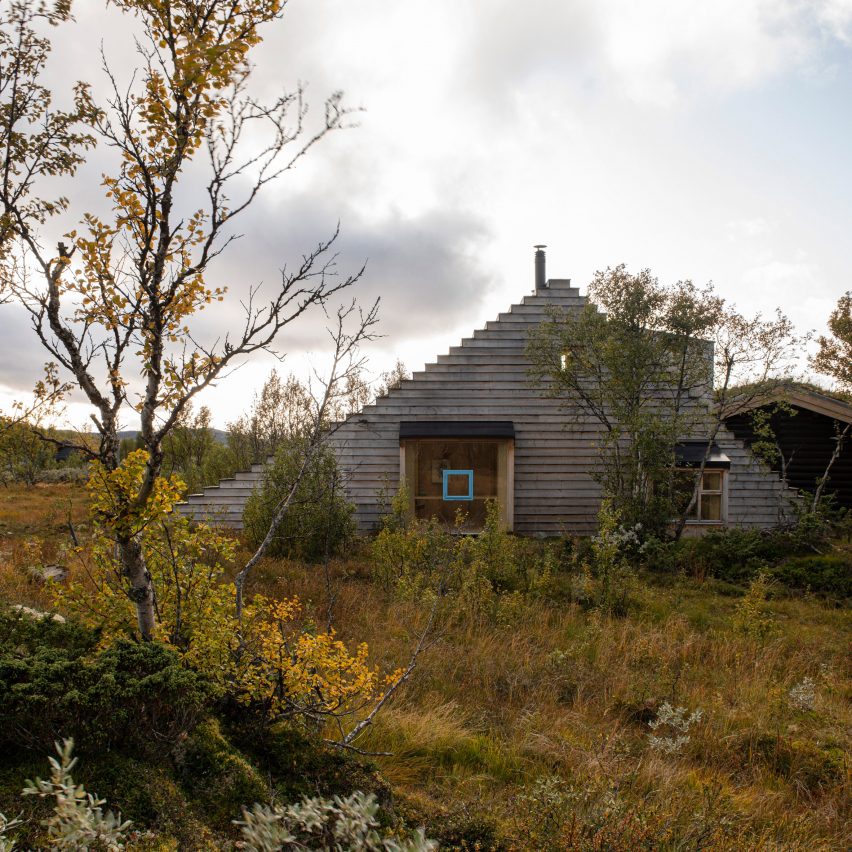 Gartnerfuglen Arkitekter has built a wooden cabin in Telemark, Norway, which has an accessible stepped roof that doubles as a viewpoint and winter ski jump.

Named Cabin Thunder Top, the triangular building is an extension of an existing log cabin owned by a family at the edge of the Hardangervidda mountain plateau.

It is described by Gartnerfuglen Arkitekter as “a man-made peak”, intended to blend in with its setting over time as dwarf birch and heather to grow over it. 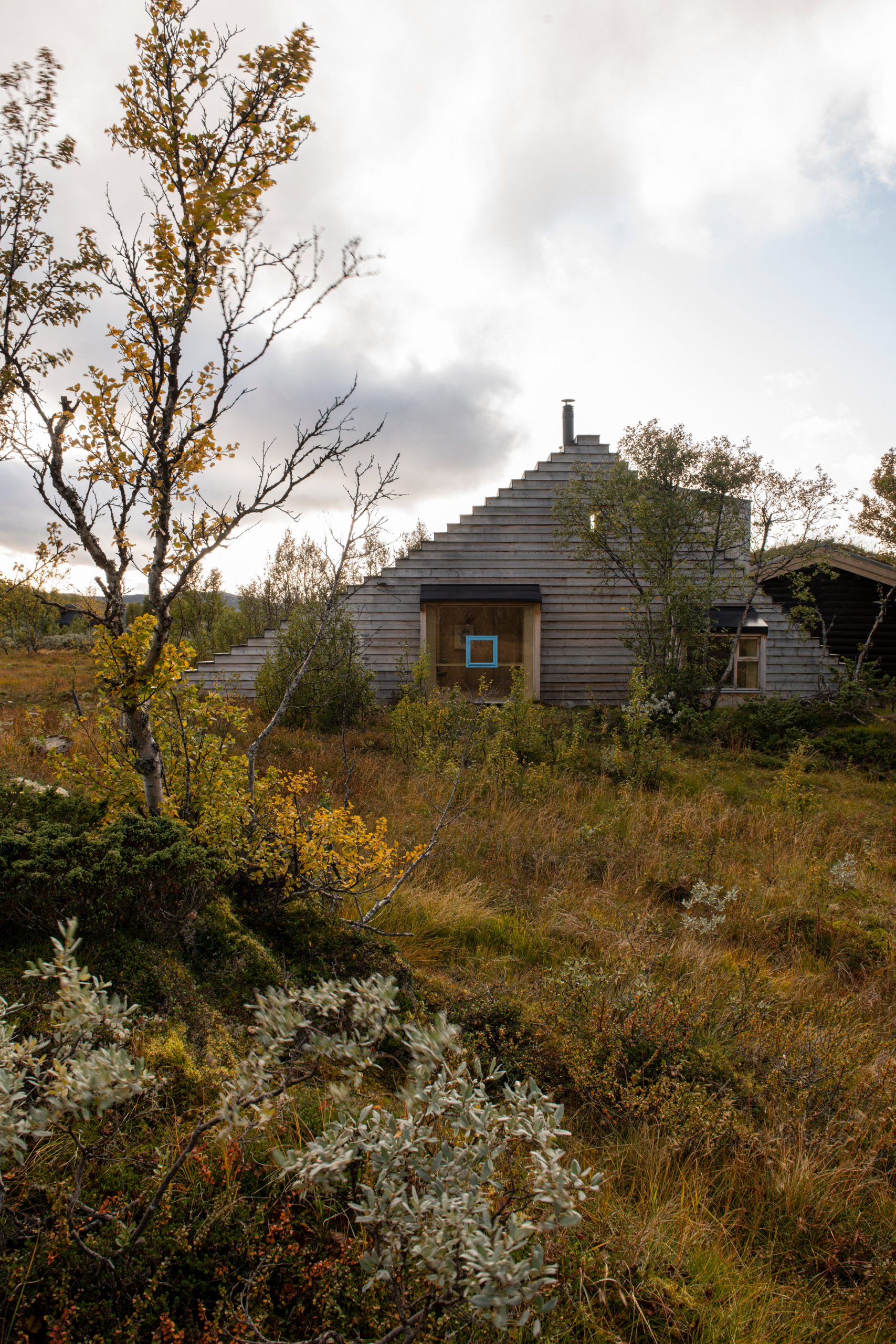 “As everything put here from the outside, Cabin Thunder Top is slowly appropriated by nature,” explained the Oslo-based studio.

“The cabin is an inhabitable beacon, a man-made peak in the rolling fells of Hardangervidda, worn down by glaciers during the ice age.” 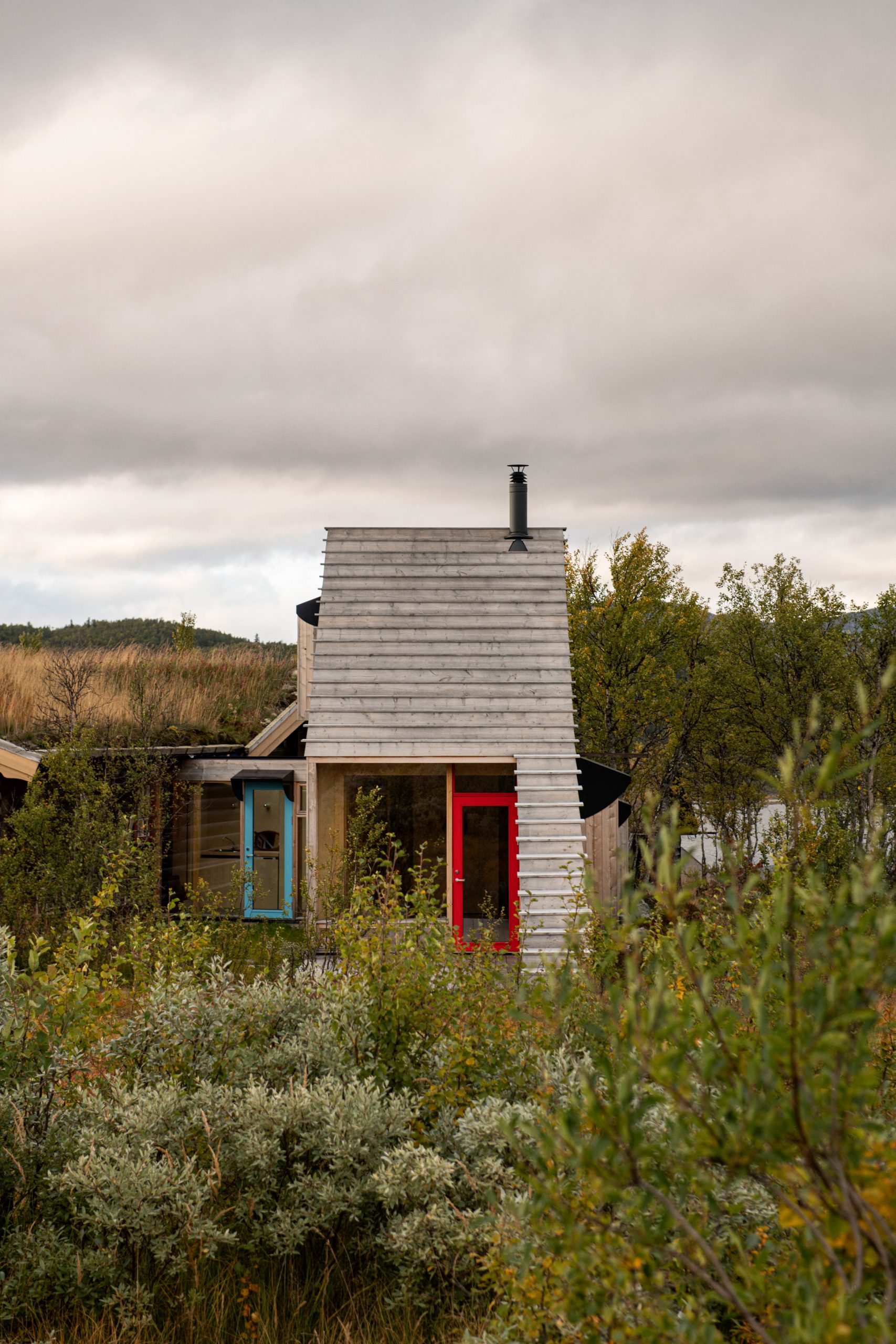 Cabin Thunder Top measures 17 metres in length, but it is only 3.5-metres-wide and six-metres-tall to complement the size of the adjoining dwelling.

It is clad with durable ore-pine – a material commonly used for the construction of stave churches in Scandinavia in the Middle Ages – disrupted by colourful window and door frames. The colours mimic those used across Norway to mark public hiking trails. 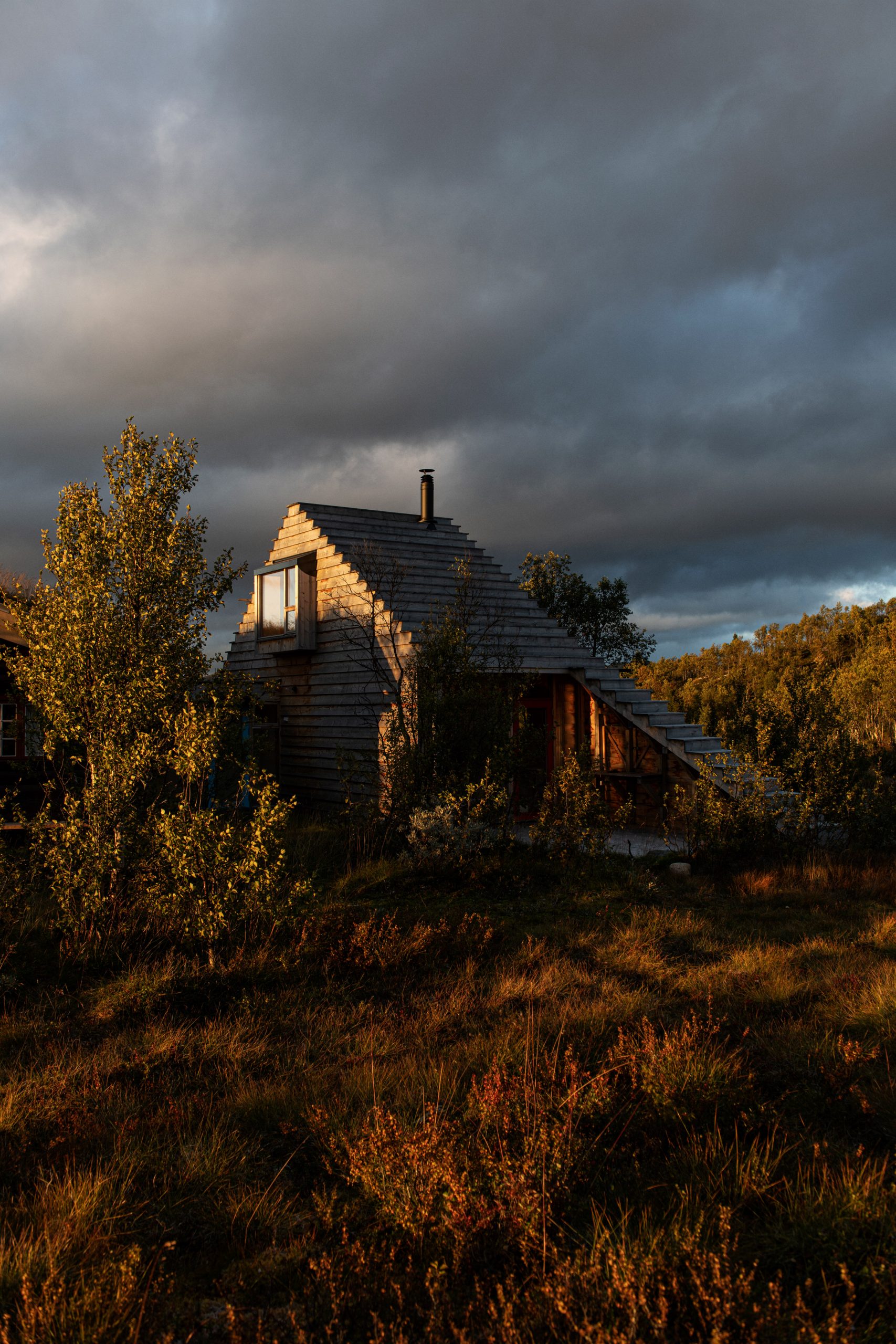 The cabin’s distinctive form was developed primarily as a way to help shelter the home’s outdoor seating areas from cold winds and snow pile-up.

“Its shape creates turbulence, preventing snow from piling up on the south-facing terrace, leaving it ready for the traditional Easter family gatherings when the temperatures rise and the Norwegians finally can feel the warmth of the sun after the long winter,” explained the studio. 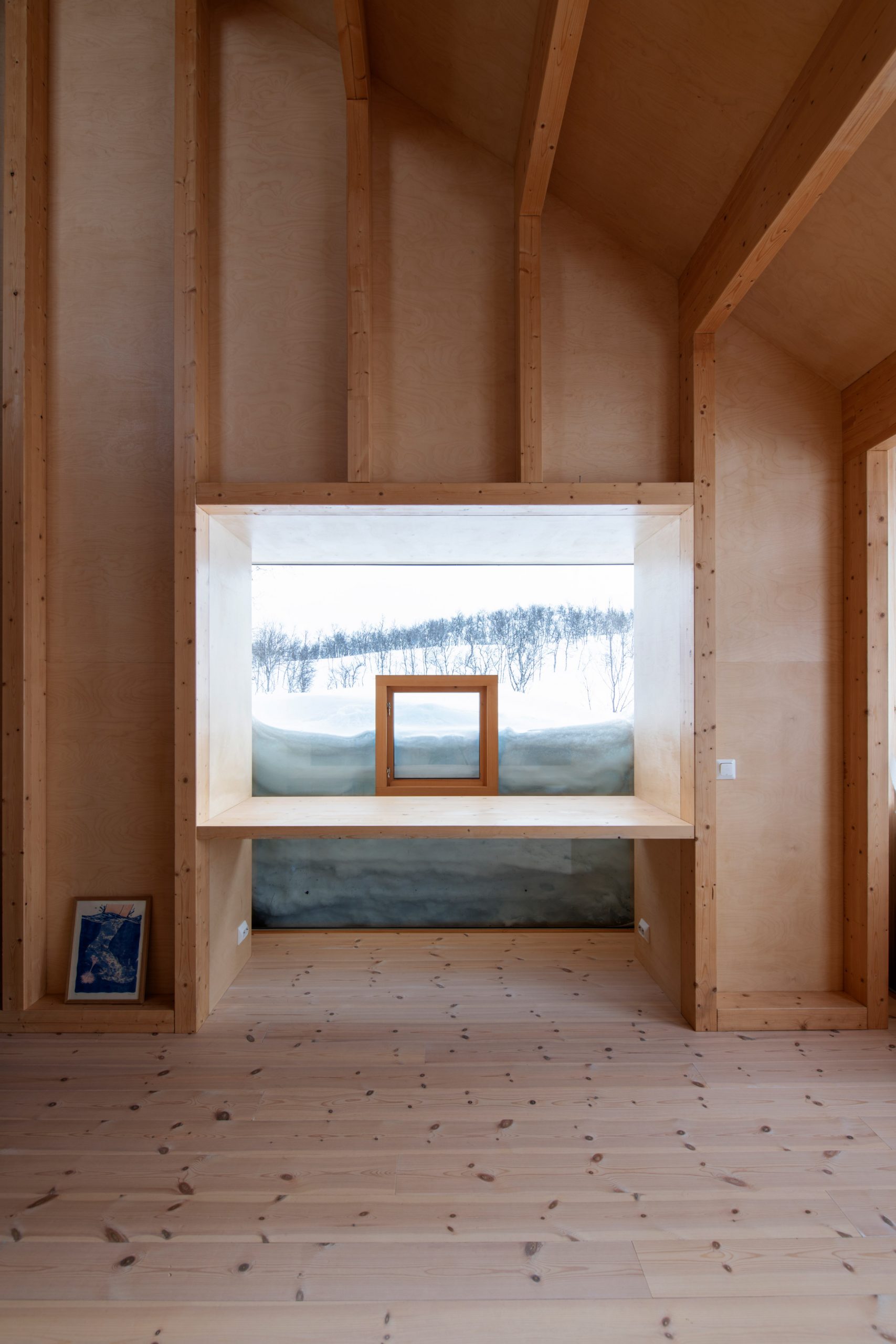 However, with 30 steps from top to bottom, its form also lends itself for use as a viewing platform accessible for the family to observe passing reindeer herds and the plains of Hardangervidda.

Alternatively, in winter snow the family can use it for skiing and sledging, which the studio says is a nod to the skier Sondre Norheim who famously used roofs as ski jumps.

“From December to March the roof can have a couple of metres of snow there,” the studio told Dezeen.

“The kids of the cabin and their friends in the area love sliding down with a sledge on the back roof and even more to jump down to the snow piles outside the cabin from the cabin’s top point.” 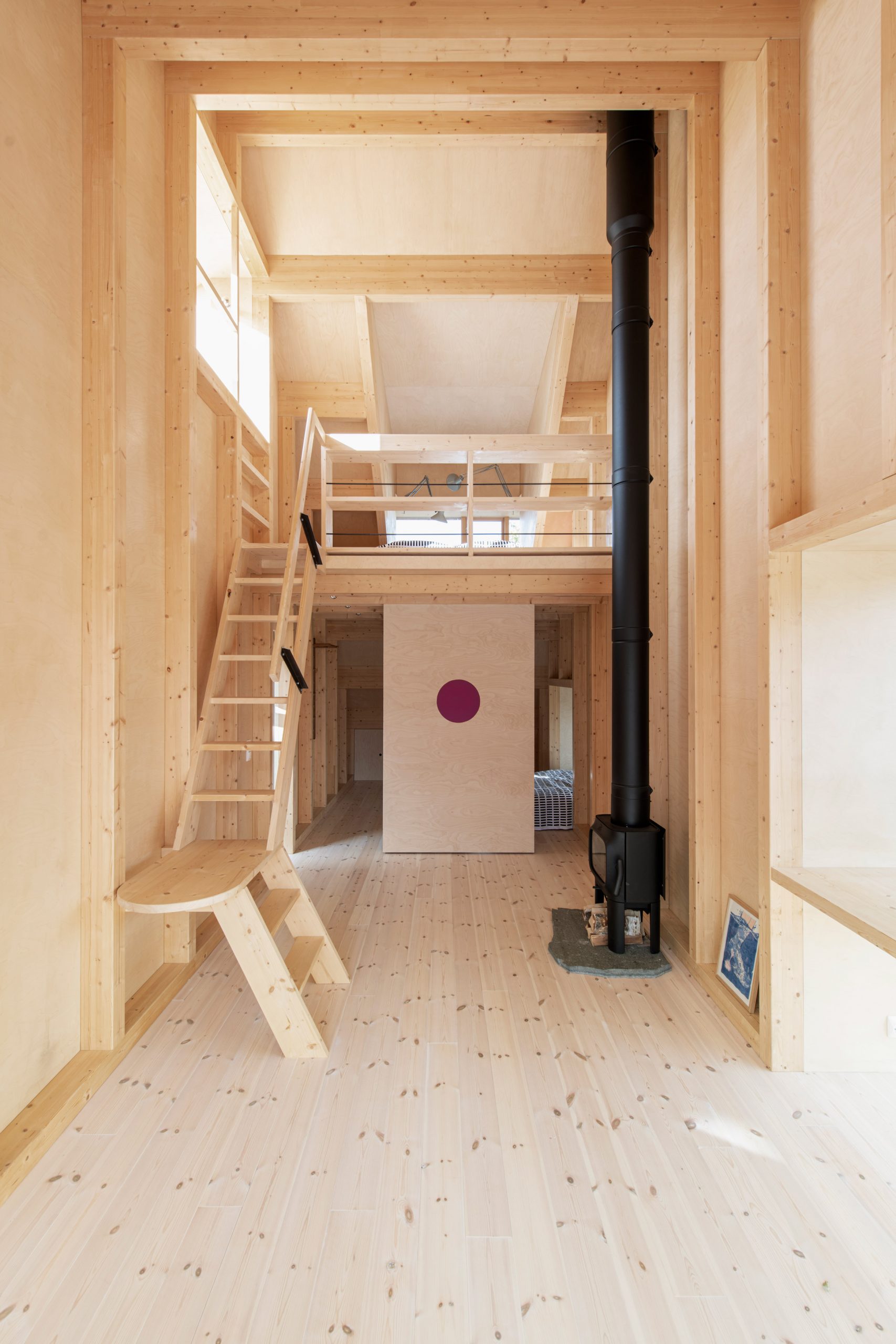 Inside, Cabin Thunder Top is a single space with a minimalist, wood-lined finish. This is designed to be heated quickly by a small wood stove and offer the family a simple “landscape” that can be used in many different ways.

“Our intention is that minimalism will encourage life to be lived spontaneously and that this lived life will give the interior more and more character after time,” Gartnerfuglen Arkitekter explained. 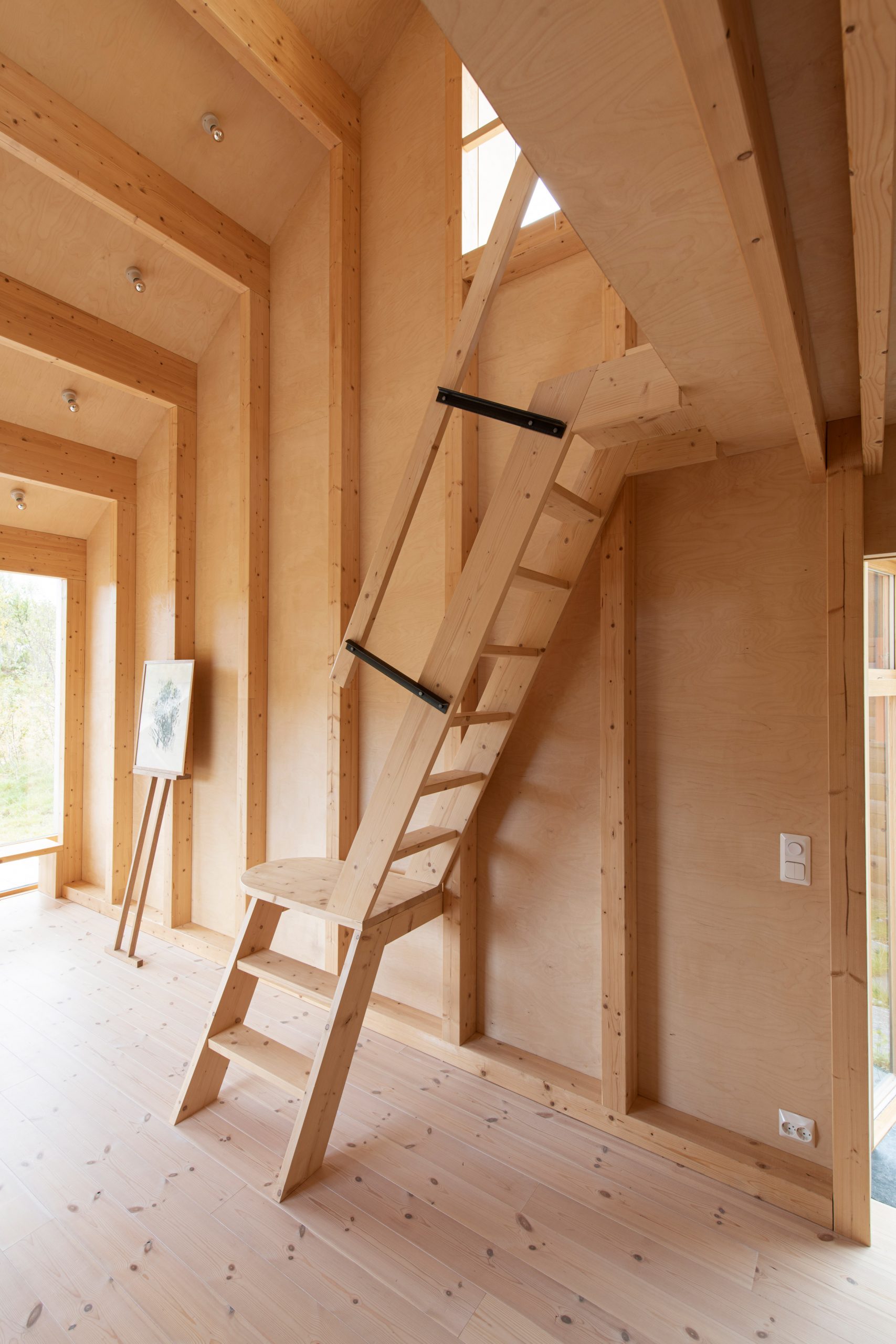 Access to the existing log cabin is via a glass hallway, which contains a wardrobe, utility sink and doorway to the sheltered outdoor area.

The cabin is complete with nooks around its edges for use as reading spaces, while a ladder provides access to a ceiling-height mezzanine level and hideout. 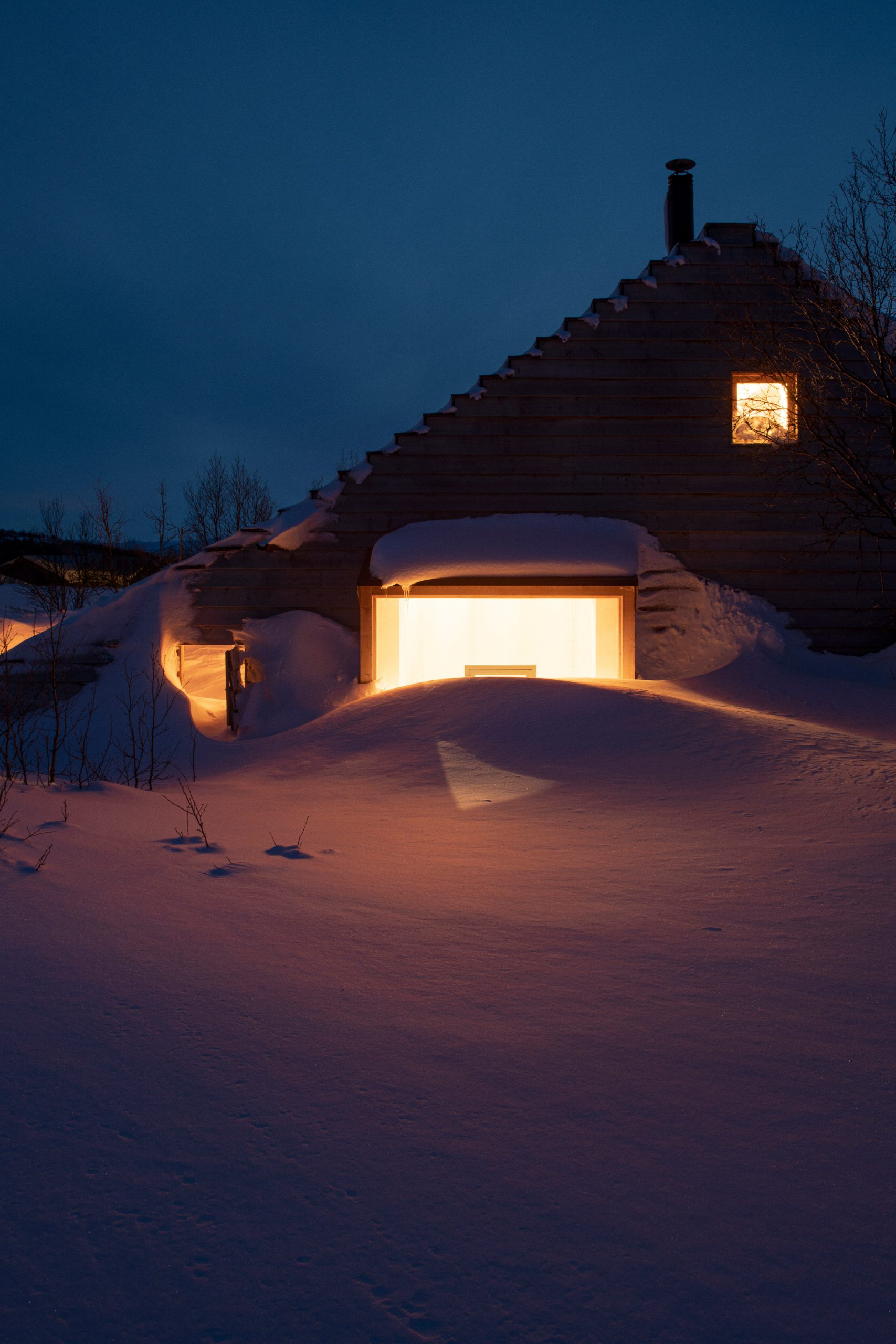 Other Norwegian cabins featured on Dezeen include a prefabricated honeycomb-like shelter by Spinn and Format Engineers and Sanden+Hodnekvam Arkitekter’s minimal dwelling beside Beitstadfjorden fjord.

Photography is by Ivar Kvaal.

The post Cabin Thunder Top in Norway doubles as a viewpoint and ski jump appeared first on Dezeen.