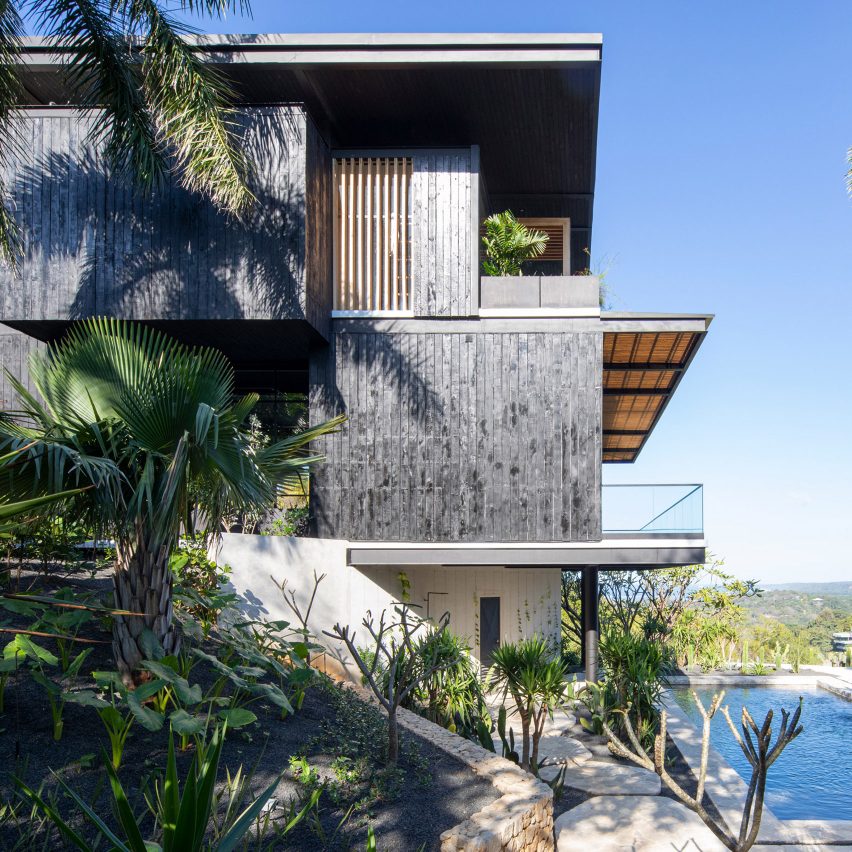 Architecture firm Studio Saxe has completed this house in Costa Rica and covered it with dark charred wood to blend it with its natural surroundings.

Tres Amores is a two-storey family residence nestled onto a hilltop in Nosara, Costa Rica that overlooks the Pacific Ocean and mountainous landscape. 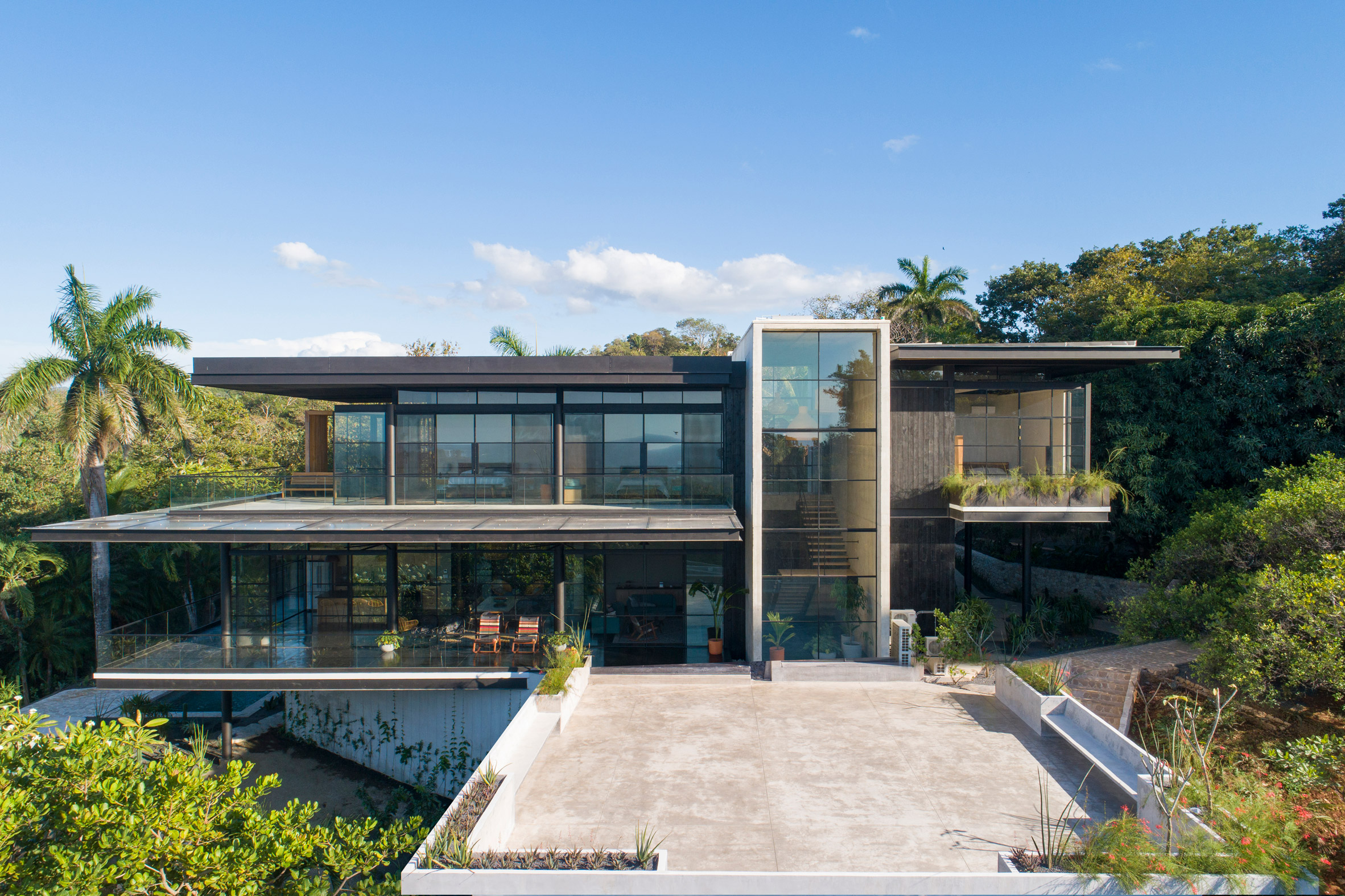 The 515-square-metre house is formed by two flat roof volumes that extend the width of the steel framing, partially clad with locally sourced teak wood.

To give the residence its dark appearance, Studio Saxe has experimented with charring wood and adding natural oils to the material to meld it with the natural surroundings. 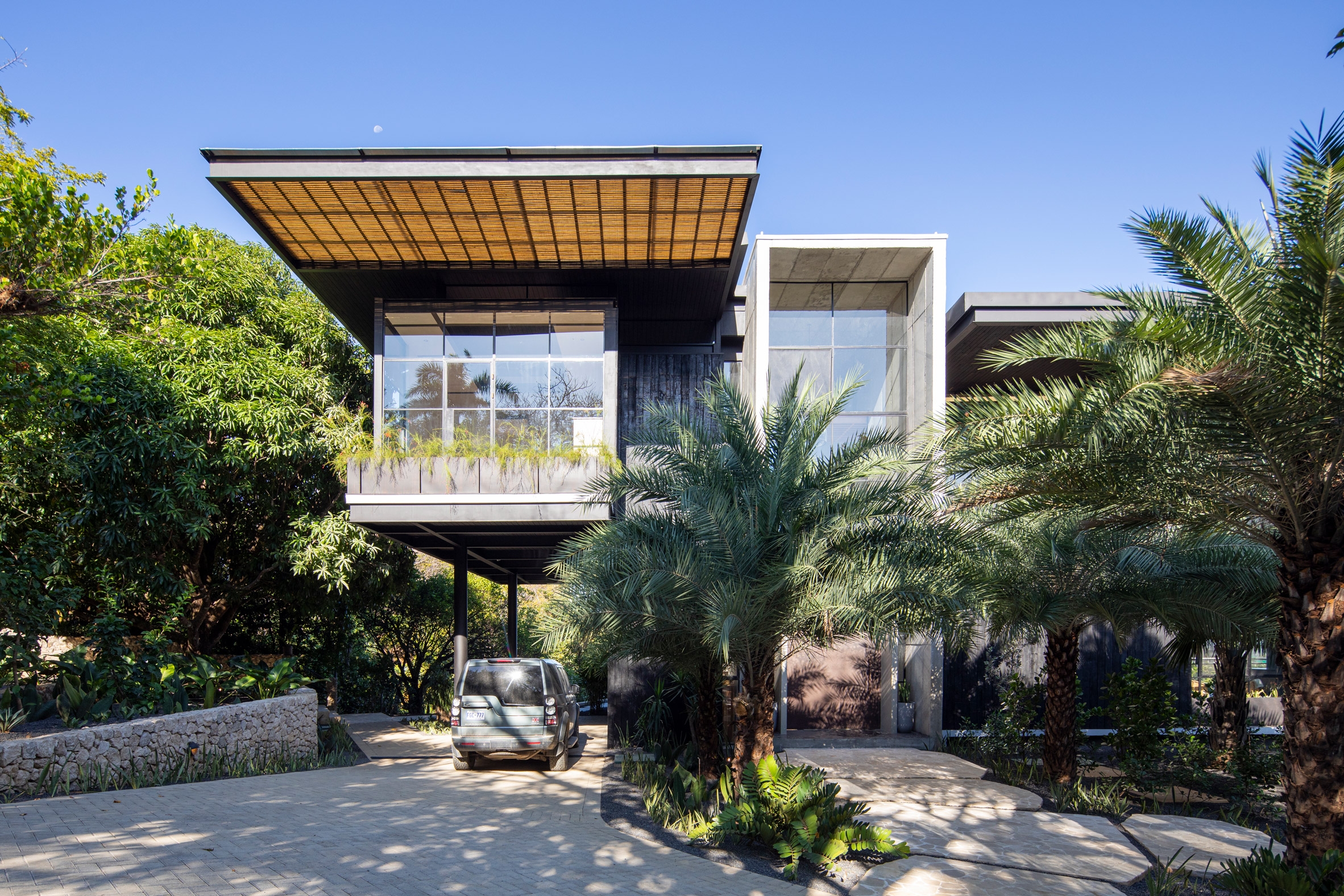 “Dark and matte materials were taken as inspiration from the surrounding natural landscape to create a harmonious dialogue between the dwelling and the lush mountain it now belongs to,” the studio said.

Large windows and glazed doors also wrap the property face views of the jungle landscape and distant ocean. The doors slide open to balconies that surround the building and tower over the ground vegetation. Roof overhangs offer shade to these outdoor areas. 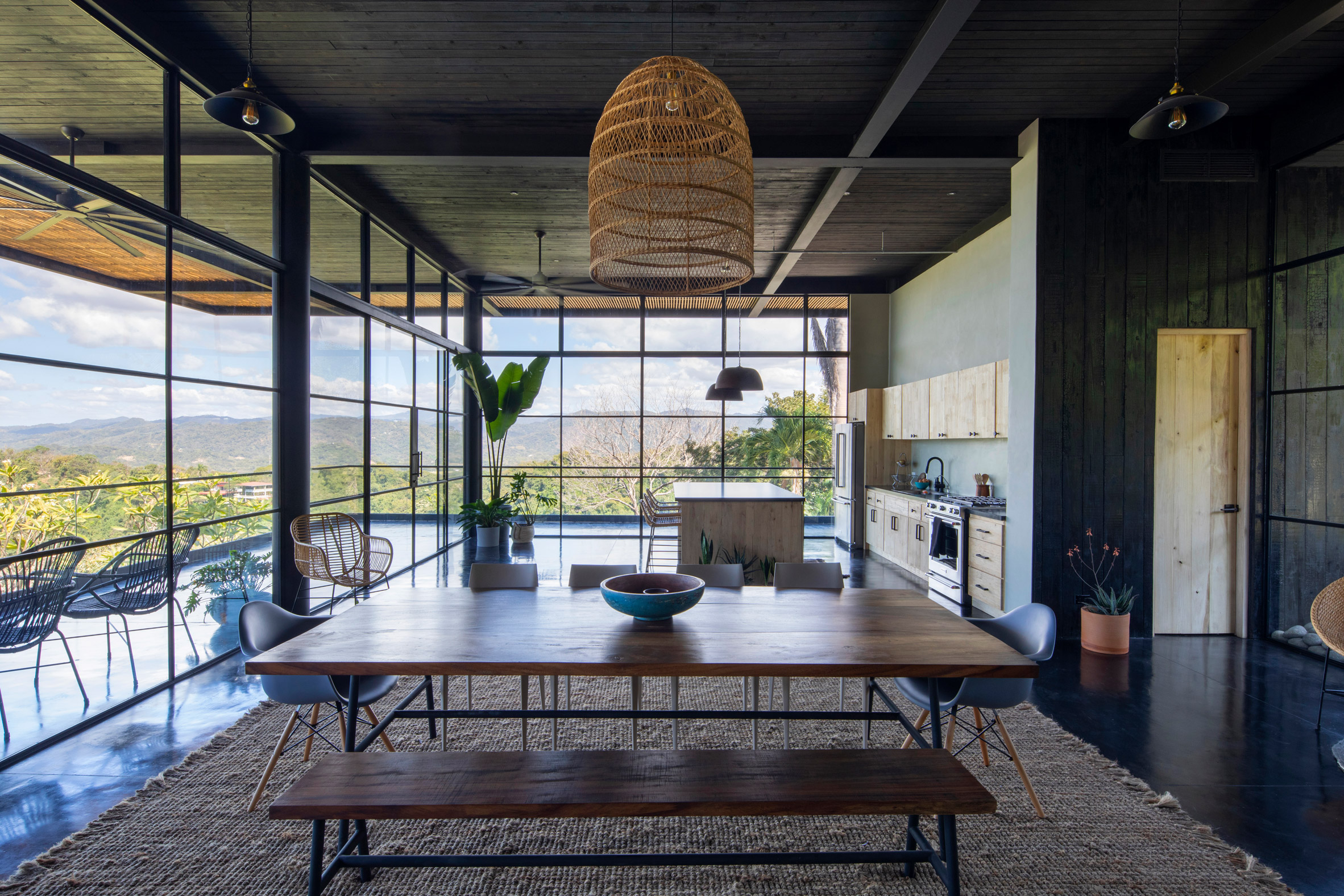 Tres Amores’ lightweight steel frame was designed with a group of engineers to withstand the region’s seismic conditions. The structure was pre-cut offsite and assembled onsite. 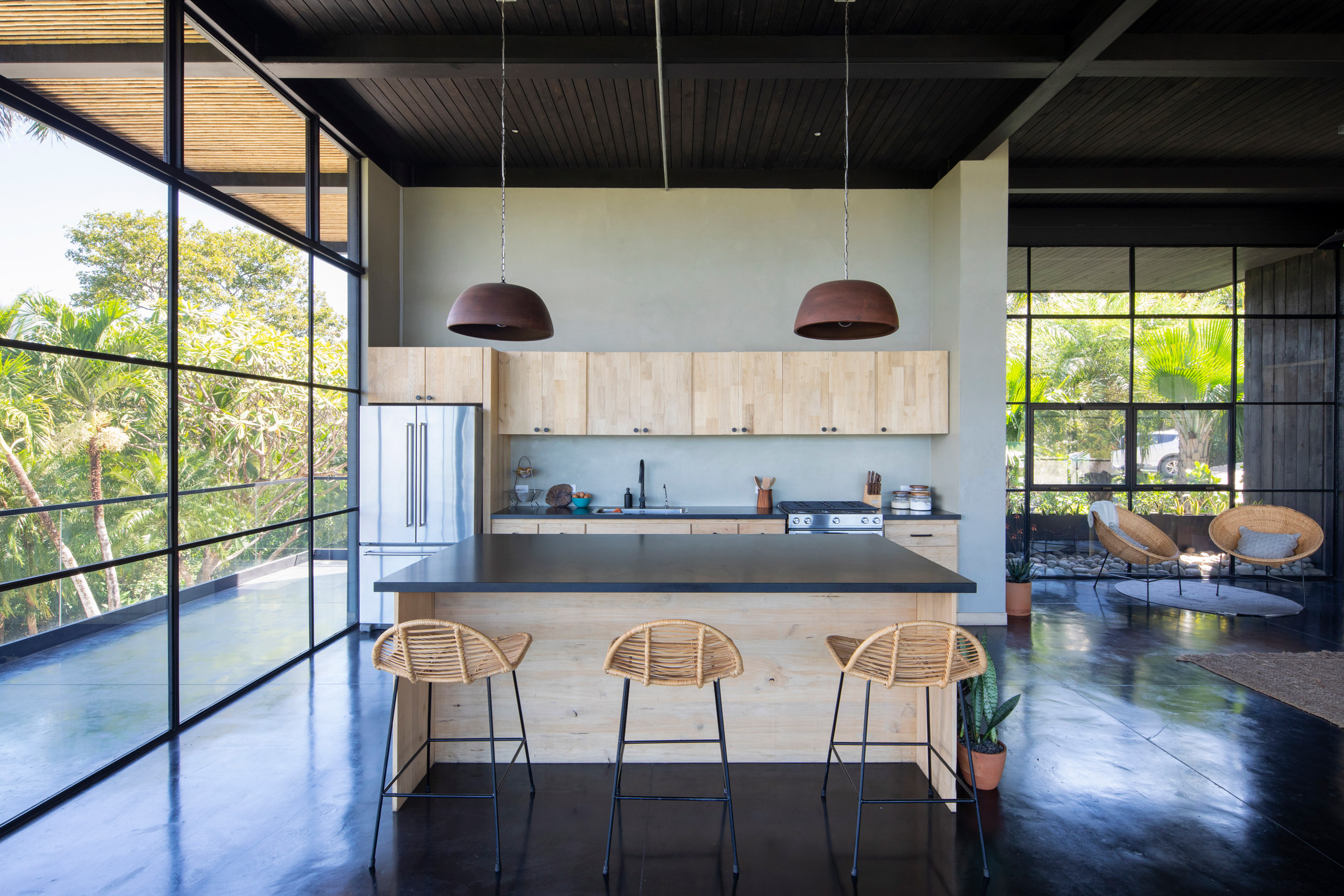 A tall concrete volume is sandwiched in between the wood-covered structures to contrast the dark exterior. Inside, it hosts the home’s entrance and a large staircase that connects the ground floor to the upper level. 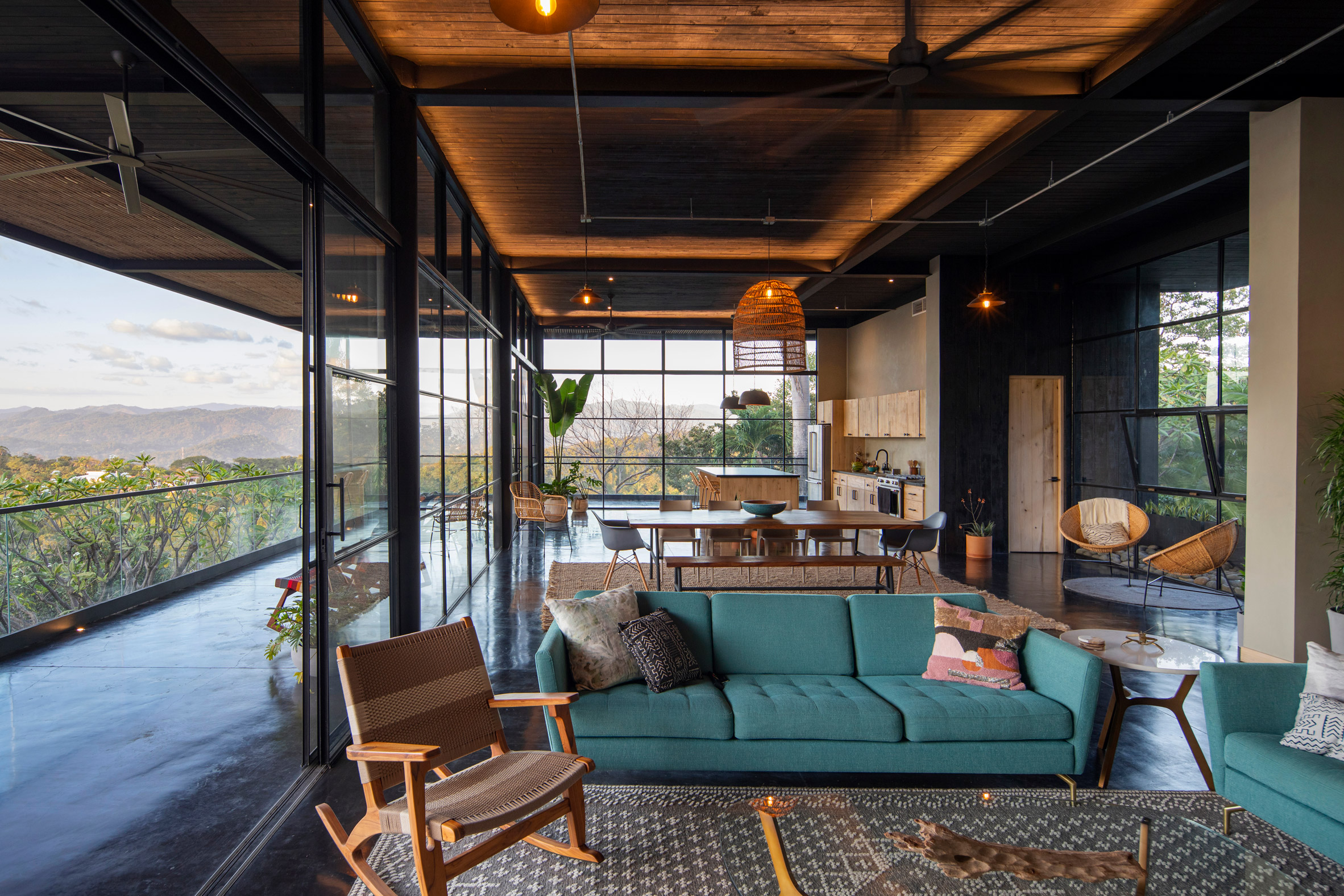 In the kitchen pale wood cabinets contrast with the wood detailing on the ceiling and the charred wood accent walls. Furnishings include a blue sofa, a wood dining table with bench seating and a basket-like chandelier. 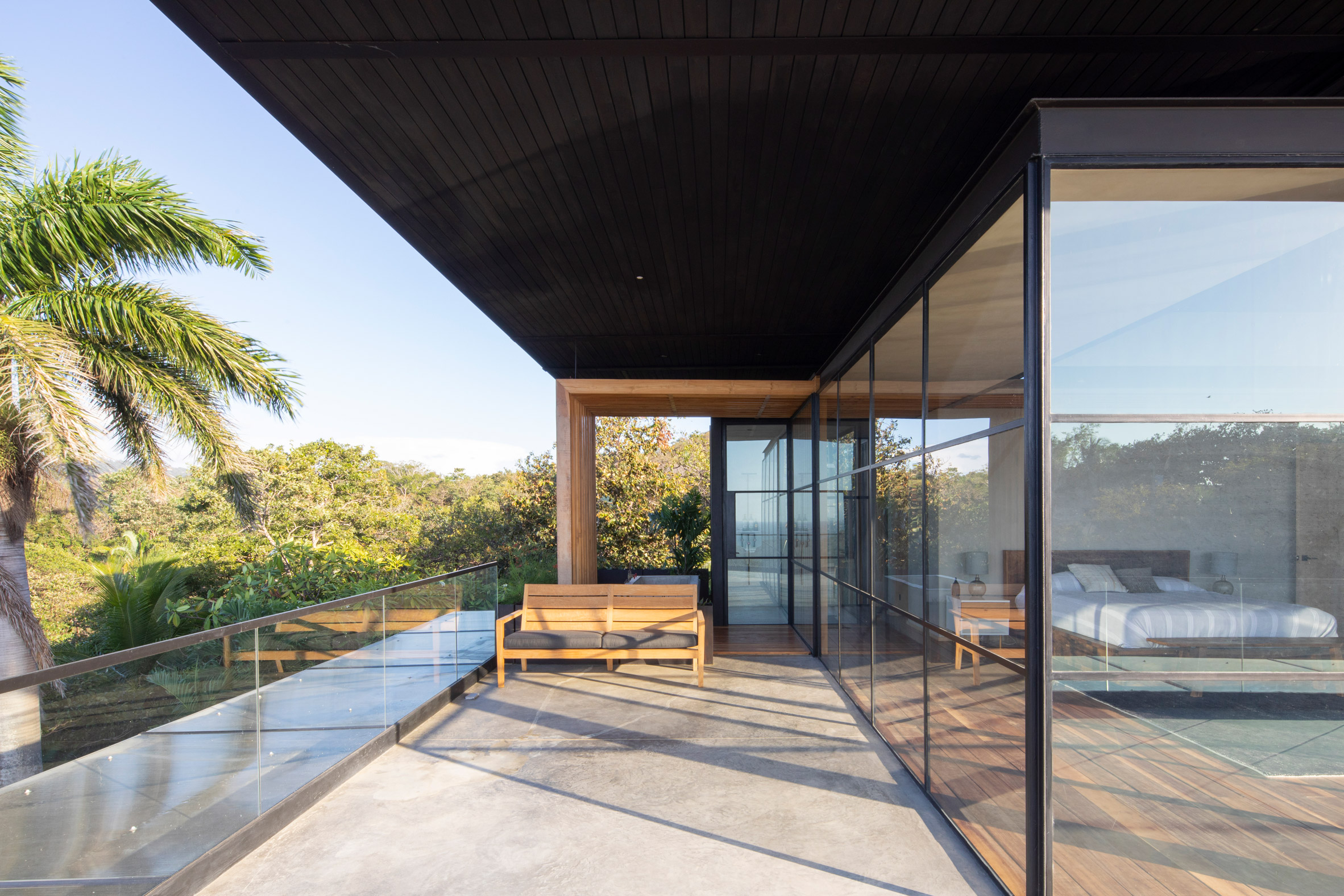 A rectangular swimming pool edged with grey stone and tropical plants is situated adjacent to the house.

Similar to its other projects in the area, including a white house with a pointed roof and a plant-covered athletic centre, Studio Saxe has implemented a number of passive design strategies to make the house more energy efficient. 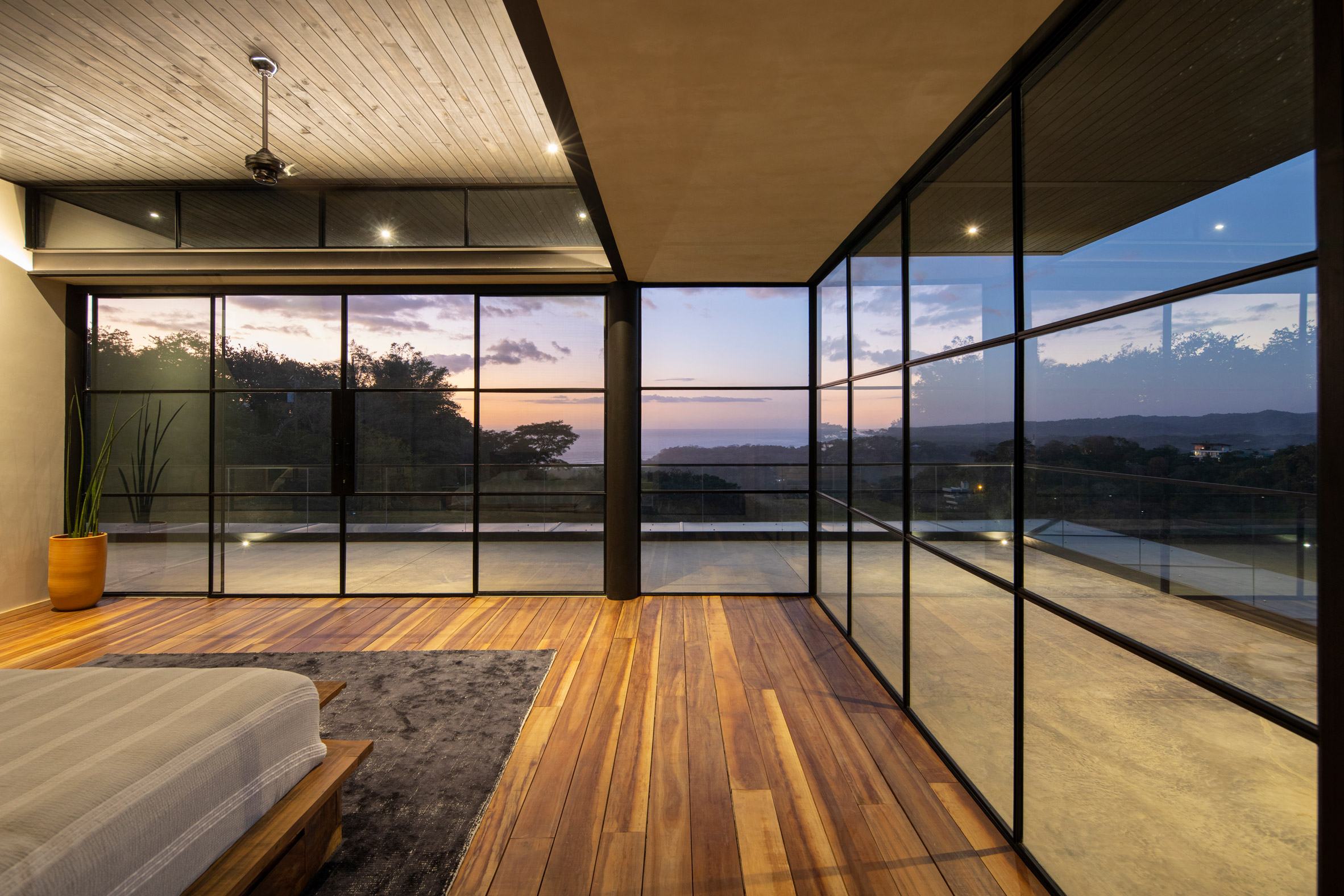 Through research of the region’s wind patterns and the site’s sun exposure it developed a plan that powers the heat and water systems using solar energy and installed a filtration that recycles used water.

Studio Saxe is led by architect Benjamin García Saxe the firm has offices in San Jose and London. It has completed a number of other houses and hotels in Costa Rica, including the The Gilded Iguana surf resort and a house with an atrium that rises three storeys.

Photography is by Andres Garcia Lachner.