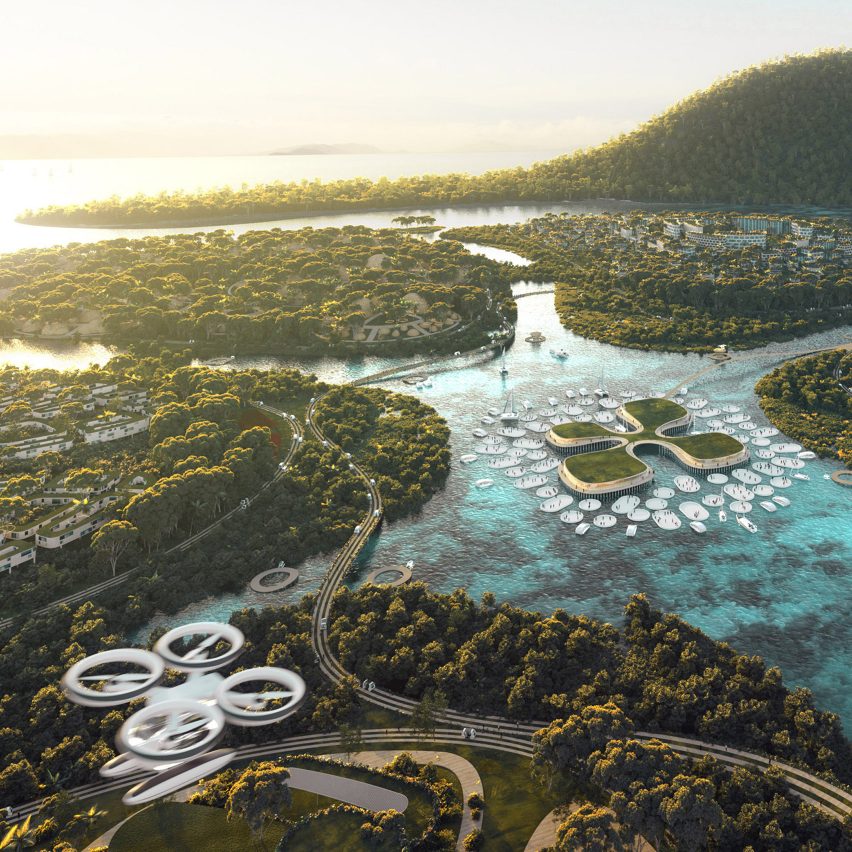 In this week’s comments update, readers are debating BIG’s plan to build three islands off the shore of Penang Island and sharing their views on other top stories.

Called BiodiverCity, the land reclamation project will encompass 1,821 hectares composed of mixed-use districts, 4.6 kilometres of public beaches, 242 hectares of parks and a 25-kilometre-long waterfront. Each island will be modelled on a lily pad.

Readers are divided. “Absolutely brilliant,” said Rebecca on one hand. “All life breathes as one. Our architecture needs to take on a new life for humanity and for our world to evolve. Evolution in action here – well done BIG!”

Tamao disagreed: “There is an abundance of land just across the straits in Bukit Mertajam. There is absolutely zero environmental reasons for land reclamation of this scale in Malaysia and in today’s climate crisis such an approach is very irresponsible and indefensible.”

“A god awful retreat for the rich!” concluded Adrian Stokes.

Would you visit BiodiverCity? Join the discussion ›

The president and CEO of Autodesk has responded to criticisms of its Revit software, admitting improvements “didn’t progress as quickly” as they should have but rejecting claims it is too expensive. Commenters are unimpressed.

“Wow this answer is as bad as the program itself,” said Jacopo. “‘Yes, we have been underperforming for more or less 15 years, slacking and changing little but hey, we deserve all the money we can get because we promise we will do better.'”

Chris D was also annoyed: “Revit hasn’t progressed in any meaningful way for the last decade. They certainly invest in the peripheral areas that will bring in returns for themselves, but not in developing the core product, which while innovative at the time, is now sadly lacking.”

Commenter says “we should stop being ashamed of periods”

Readers are debating Central Saint Martins graduate Amelia Kociolkowska’s design for a spandex pouch, which offers those working in the police or armed forces a discreet and hygienic way to store their sanitary products whilst on the field.

“What a wonderful and potentially lucrative idea,” said Le Ego.

Sim was less convinced: “As an ageing woman with several decades of menstruation behind me, more and more I wonder why women have to be discrete about these things? Women work their asses off to hide all the discomforts that come with the female body. Let’s just not be discrete and if someone has a problem it’s their problem.”

Spencer agreed: “We should stop being ashamed of periods. If anyone laughs at you for having your periods remind them that their mothers have periods and that they are born thanks to her so there is no reason to laugh or be ashamed.”

What do you think of the Carrie pouch? Join the discussion ›

Open City director Phineas Harper has said that the architecture profession needs to face up to the fact that it is dominated by those that went to private schools. Not everyone agrees though.

“Appears to only be a UK problem,” said Apsco Radiales.

Alfred Hitchcock agreed. “In my 30-year career as an architect I have only had five colleagues, out of well over 250, that went to a fee-paying school. I suppose it depends upon the circles in which you socialise and operate.”

“Pedigree definitely carries more weight in this profession if you are an employee in a firm,” added Erich Trumpelstiltskin, on the other hand. “But if you are the head honcho or starchitect then you’re allowed to display that eccentric rough around the edges je ne sai quoi demeanour because celebrity flamboyance is part of marketing.”

Is the architecture industry elitist? Join the discussion ›

The post “Architecture needs to take on a new life for our world to evolve” says commenter appeared first on Dezeen.