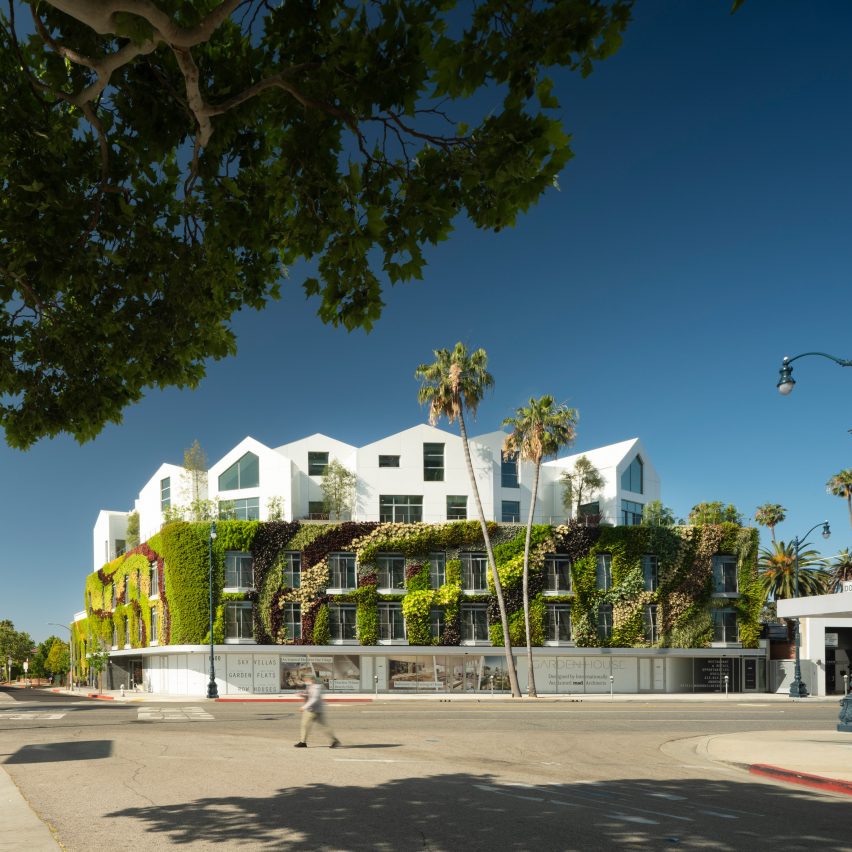 Chinese firm MAD has completed the Gardenhouse residential building in Beverly Hills, which is designed to look like a village on top of a hill.

Composed of 18 gabled residences set on top of a three-storey podium largely covered in planting, the complex at 8600 Wilshire Boulevard, is MAD‘s first completed project in the US.

The exterior of the base is covered in native planting, drought-tolerant succulents and vines, which make it the “largest living wall” in the US, according to the studio.

As its first project in America, Gardenhouse provided the opportunity for the firm to experiment with its Shanshui City concept, which aims to translate Chineses landscape paintings, known as shan-shui, into architecture.

“Gardenhouse represents a unique opportunity to impact not only the architecture of Los Angeles but to introduce a new paradigm of living on the West Coast where humans are more emotionally connected to nature, particularly in high-density cities like Los Angeles,” said MAD founder Ma Yansong.

“We are elated to see Gardenhouse reach completion and hope that future residents will appreciate the conveniences of living in harmony with nature.” 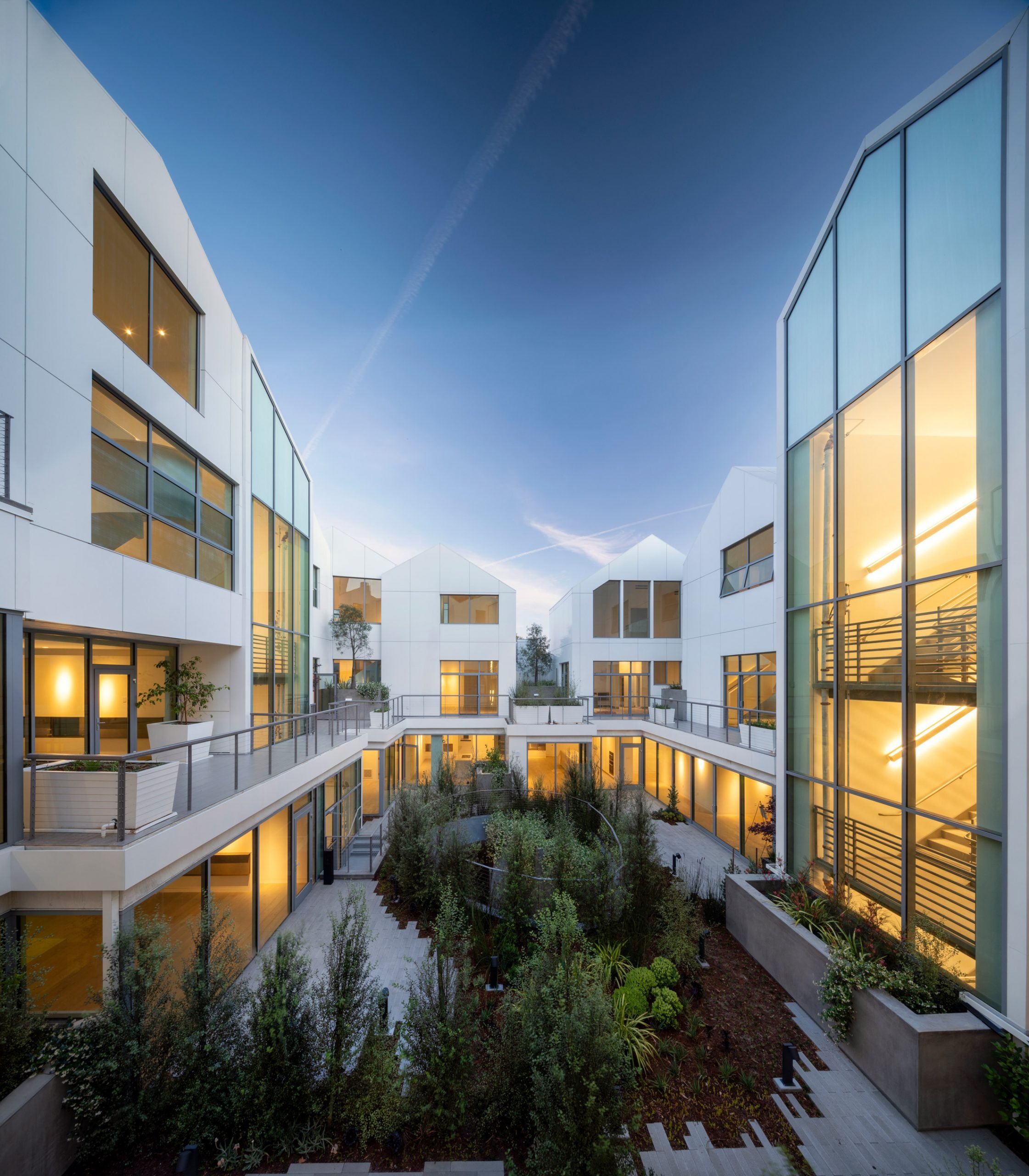 The green wall covers the lower portion of the complex, which is composed of residences and shops and provides a podium for 18 gabled volumes that are completely residential. These are built with wood frames and clad in white glass.

MAD decided to break up the complex into the mini house-like volumes to mimic the scale of houses in Beverly Hills. The residences are arranged in a circle around a greenery-filled central atrium.

The residences are divided up into three different types – Garden Flat Collection, Row House Collection and Sky Villa Collection. Some residences have balconies overlooking the central green space, while others have more private outdoor areas.

Garden Flat Collection are one-storey, three-bedroom houses that have private balconies and terraces with access to the interior courtyard. Comprising 2,500 square feet (232 square metres) of living area, they have large windows and blank walls for hanging artwork.

Row House Collection meanwhile are three, three-storey properties with entries on Charleville Boulevard on the south side. Each has a private three-car garage on the ground and a lift that leads up the 3,100 square feet (288 square metre) home.

Two bedrooms with a guest den are located on the ground floor, while a master bedroom suite with a Japanese onsen-style wet room, and a library is on the first floor. An open-plan lounge, kitchen and dining room is on the top level with large glass doors that open onto a terrace. 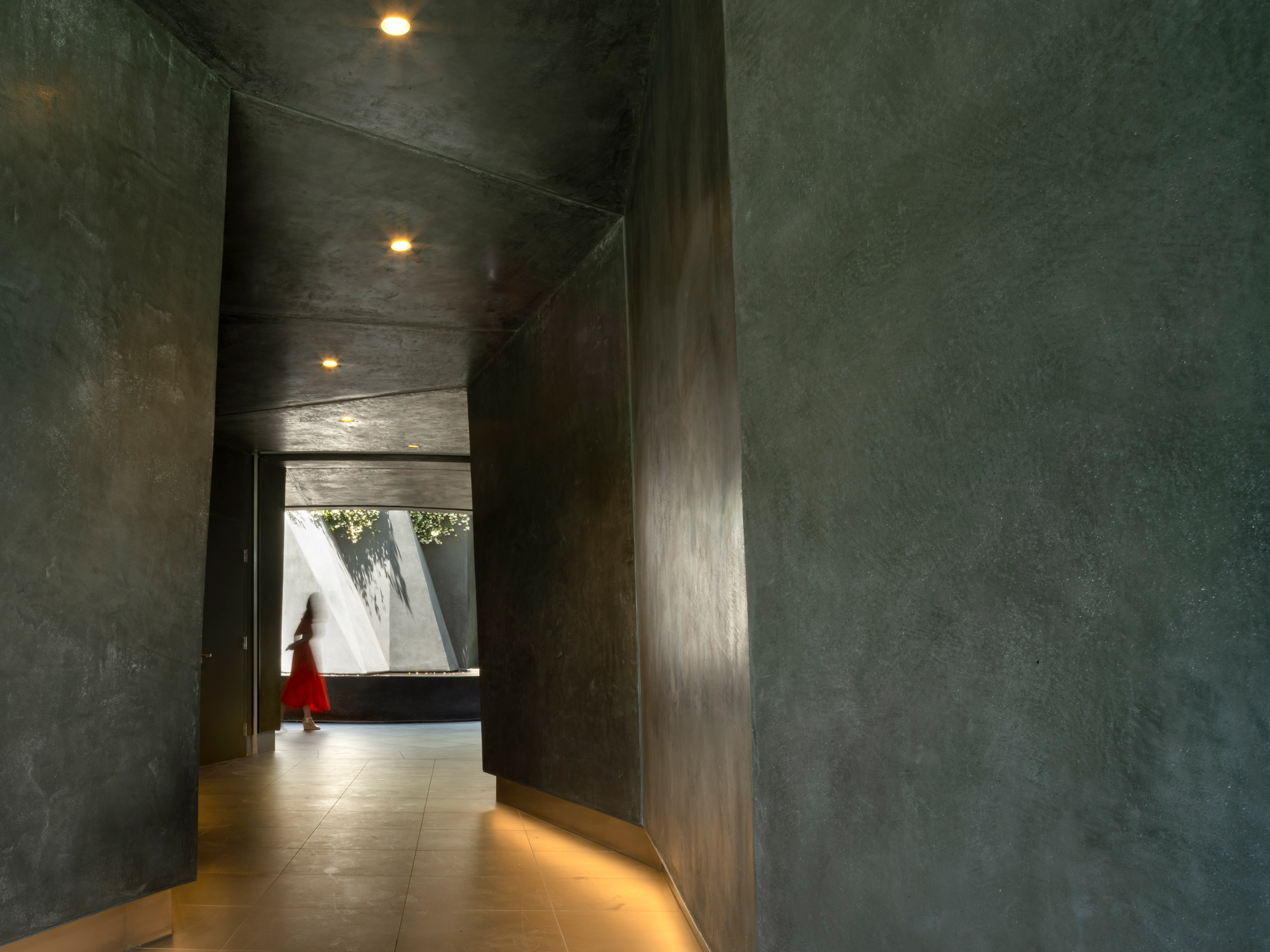 Lastly, the Sky Villas occupy the top floors of the clustered, white gable volumes. Spanning two storeys connected by a curved staircase, they have an open-plan living area on the lower level with access to a balcony and one bedroom. Two more bedrooms, including the master suite, are on the floor above.

The interiors throughout are designed by Houston-based firm Rottet Studio, which chose white walls and wooden floors to give a Californian feel to the decor.

“It was important to create interiors that complement the outdoor spaces, allowing light to be captured in a way that feels expansive, bright, and connected to its surroundings,” said Richard Riveire, Principal of Rottet Studio.

“The interior finishes pay tribute to the California heritage of woodworking and high-end design in a way that is intimate in feel and lavish in tone.”

Founded by Ma in 2004, MAD is based in Beijing, China and has offices in Los Angeles, New York City and Rome.

The firm is also working on another project in the US – the Lucas Museum of Narrative Art, which broke ground in Los Angeles in 2018 following a saga that saw the project moved across the country from Chicago.