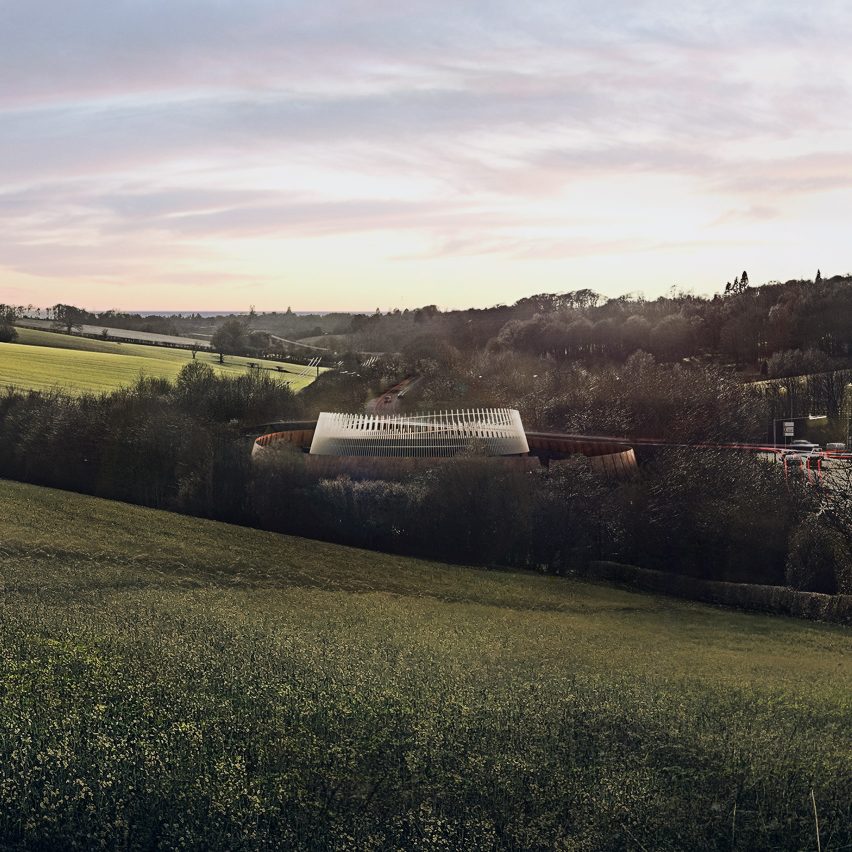 A decorative roof and curved weathered-steel wall will enclose the Amersham Vent Shaft that Grimshaw has designed for the High Speed 2 railway.

Built within a road junction in the town of Amersham, England, the cylindrical headhouse will become one of the only visible elements of the rail line’s 10-mile-long tunnel through the Chilterns countryside.

Its curvaceous, sculpture-like aesthetic has been developed by British architecture practice Grimshaw to become a “local landmark” and pay homage to the rolling hills around the site. 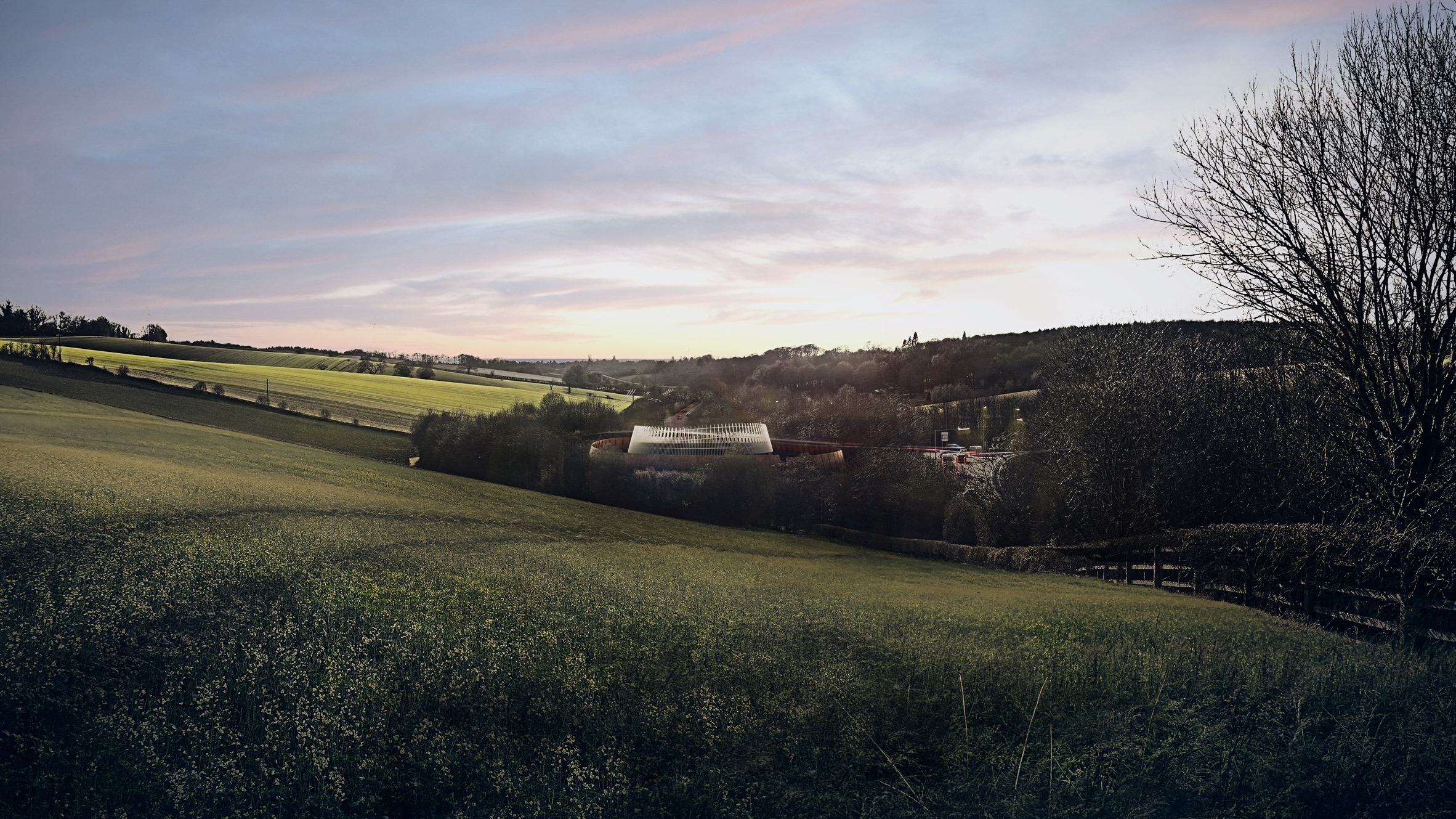 “Sited in the Chilterns, this headhouse is designed to be a local landmark on the western edge of Amersham,” said Chris Patience, an associate at Grimshaw.

“Its expressive architecture exploits its unique context, surrounded by roads, and its function, ventilating the high-speed rail tunnels below,” he continued. 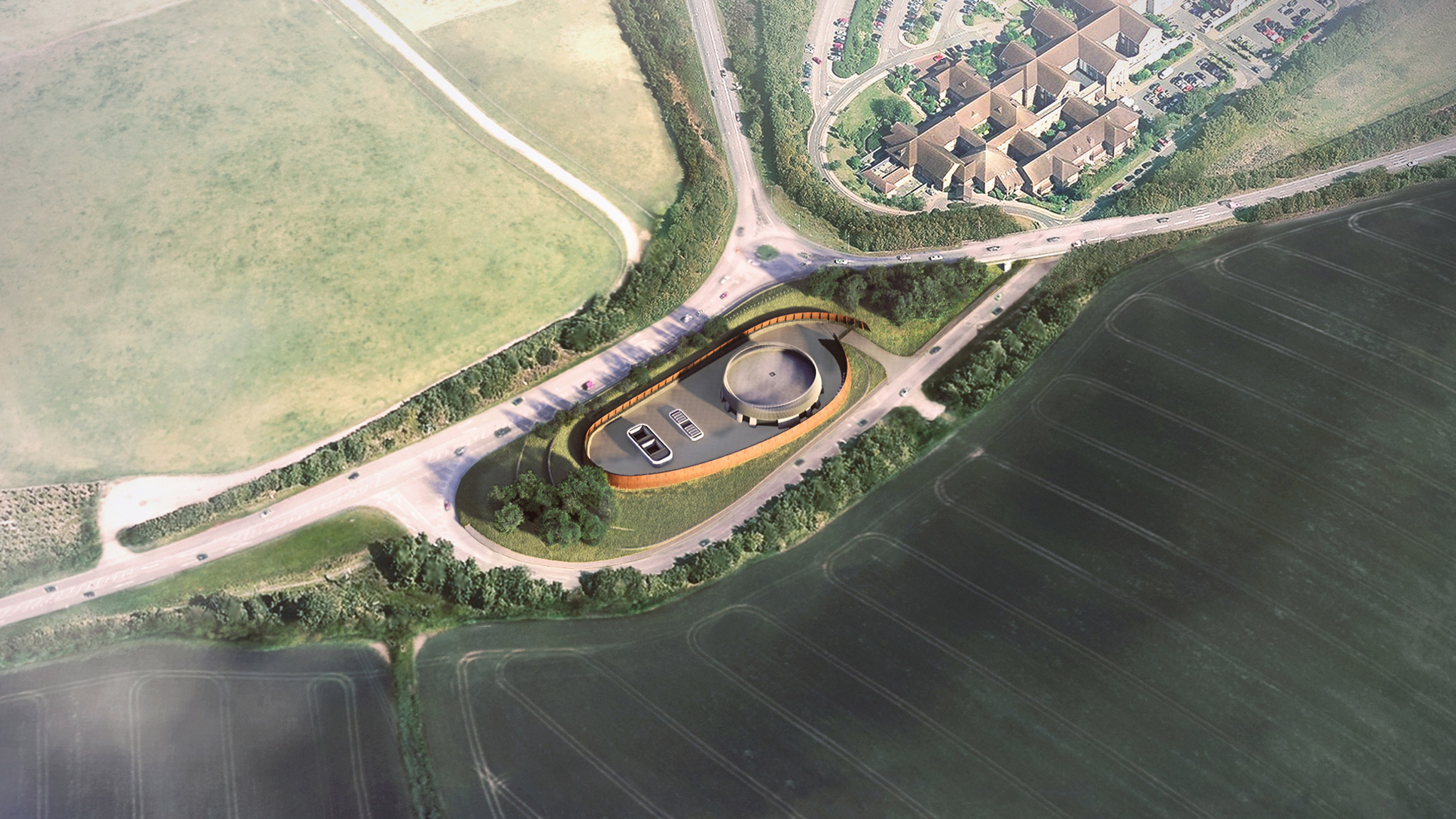 Amersham Vent Shaft is one of the five headhouses that will be built above the Chiltern tunnel to provide emergency access and ventilation.

Its sculptural aesthetic will contrast with the nearby Chalfont St Peter Ventilation Shaft, which Grimshaw has designed to resemble a barn.

Once complete, the centrepiece of the Amersham Vent Shaft will be the headhouse’s roof, which marks the top of the 18-metre-deep ventilation shaft.

Viewable from a distance, this roof will be capped by aluminium fins that are hoped to disguise the building and soften its visual impact.

“Behind the screen, the conical headhouse shows the shape and location of the circular ventilation shaft below,” explained Patience.

“The top of the building is crowned by an array of anodised aluminium fins, set out to respond to the shape of the surrounding valley and longer distance views.” 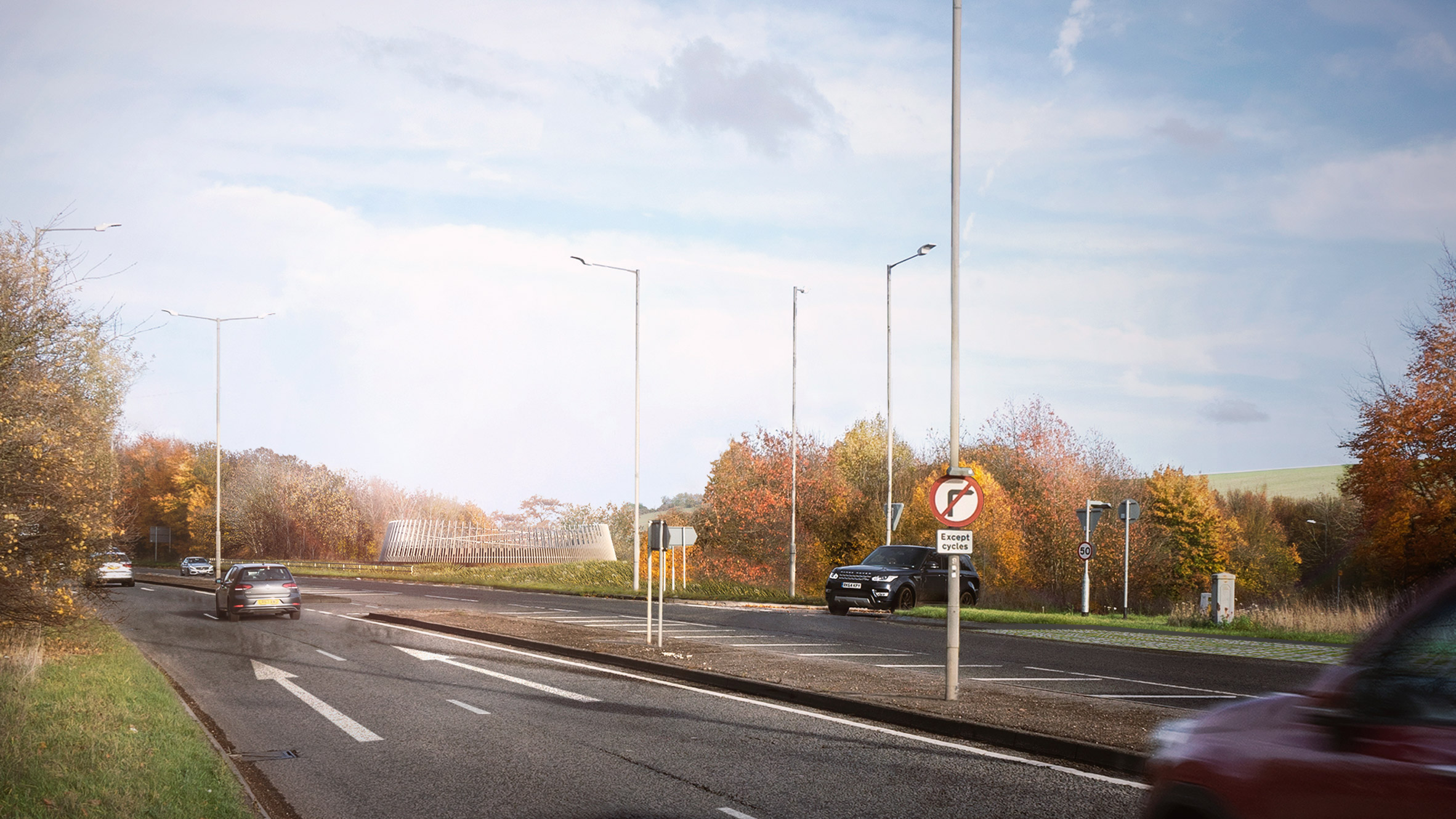 The headhouse will sit off-centre within the weathered steel wall, which Grimshaw has incorporated to mark the perimeter of the site. This wall will sit on top of flint-filled gabions and unfold to reveal a gated entrance.

Weathering steel was chosen by Grimshaw for the boundary wall as it complements “the natural tones” of the surrounding landscape and will help reduce the project’s visual impact further. 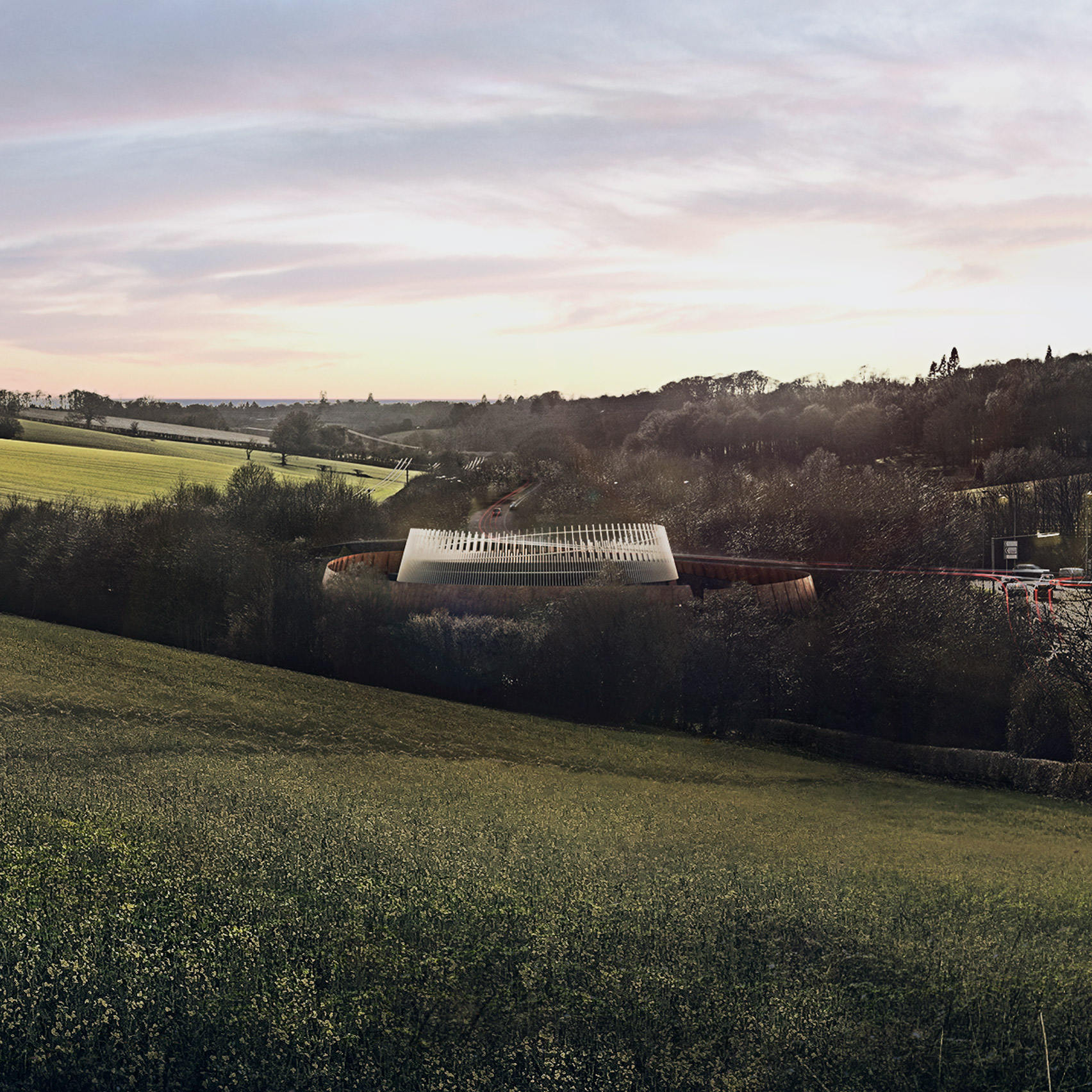 The plans for Amersham Vent Shaft have been developed by Grimshaw in collaboration with Jacobs, Ingerop-Rendel, LDA Design and main contractor Align JV and are currently available for local residents to review in a month-long virtual exhibition.

Grimshaw is an international architecture practice founded in 1980 by Nicholas Grimshaw, who was profiled in our high-tech architecture series.

Other recent projects by the studio include an arts complex for Santa Monica College and a proposal for Eden Project Foyle that will have a thatched centrepiece.

Visuals are courtesy of Grimshaw and Align.