[In]Brace allows users to control a computer with their tongue

Graduate designer Dorothee Clasen has invented a wearable device that is worn in the mouth to operate a computer using the tongue.

Designed for her master’s degree at Köln International School of Design, [In]Brace is made from a custom dental retainer fitted with a ball with a magnet on a set of rails on the underside. A wire connects from the brace to a Wi-Fi transmitter that hooks behind the ear.

The wearable device enables the user to interact with a computer by using their tongue to move the ball backwards and forwards.

Clasen also built a computer game to play with the device. Called Tong – a twist on 1970s Atari arcade game Pong – the user can bat a virtual ball back and forth against a digital opponent.

[In]Brace would be useful for people with certain disabilities, suggested Clasen, or for people whose work keeps both hands occupied at the same time. 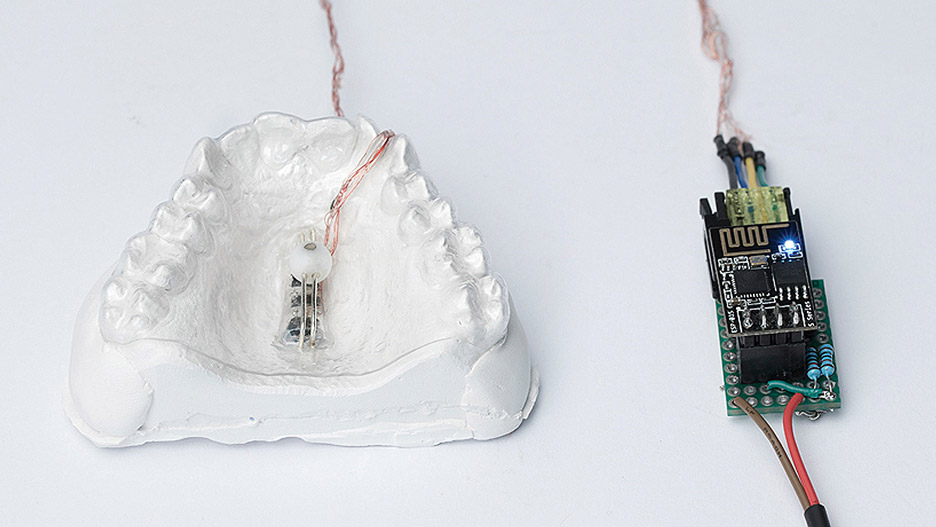 The idea of being able to communicate with another creature through the slightest touch was the starting point for her design.

“As I do horse riding as a hobby, I was especially fascinated by the haptic communication between the rider’s hand and the horse’s mouth,” Clasen told Dezeen. 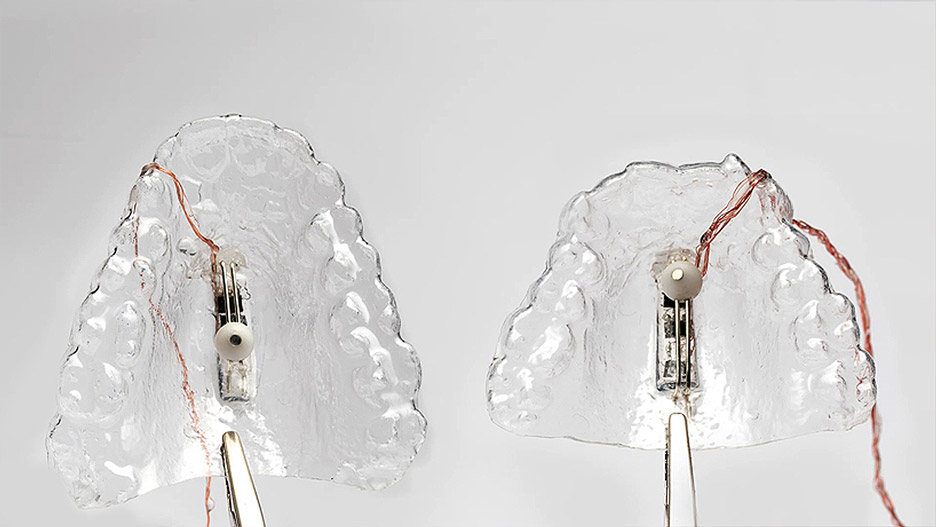 “I wanted to create something similar, but for a human and a machine.”

To make [In]Brace, a snugly-fitting retainer was made from a dental imprint using polyethylene terephthalate glycol, or PETG, a type of thermoplastic.

To make it safe as an oral device, Clasen used silicon instead of glue to attach all of the electronics. The electric cables are also covered with a thin layer of silicon so as to not shock the wearer. 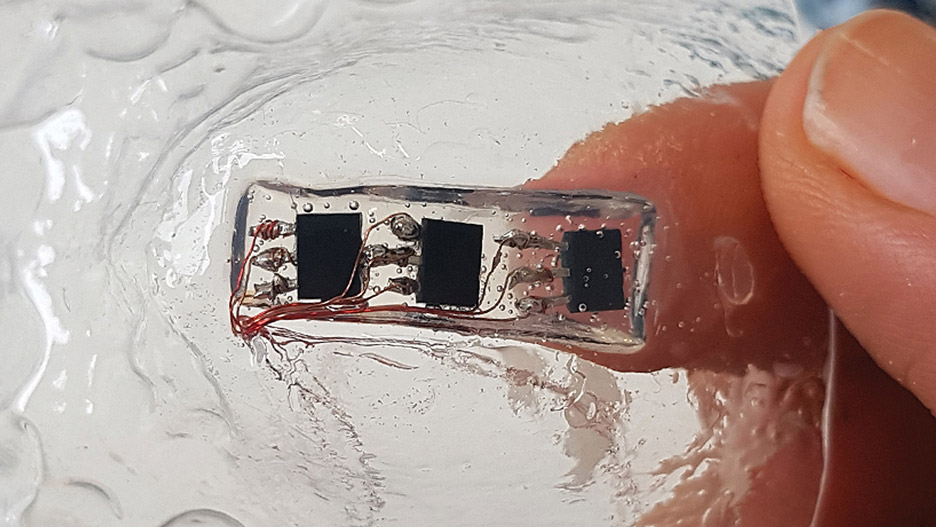 Developing and testing [In]Brace was a unique challenge for the designer.

“Building a wearable for an area of your own body was a bit tricky,” Clasen told Dezeen.

“Normally you could stick your design to another person’s body and work on shaping details. But in this case, the device would only fit into my mouth. I could not put it in my mouth and work on its shape at the same time,” she continued

“But these kinds of challenges always motivate me in my work. So I enjoyed this process very much.”

Clasen completed her master’s degree at Köln International School of Design, under the supervision of Carolin Höfler and Lasse Scherffig.

A team of design graduates from Royal College of Art and Imperial College London also used a brace as the base for their wearable project Stealth – which allows the wearer to unlock devices and doors undetected.

Other technology devices activated using the senses include a haptic fingernail that lets the user touch virtual reality and a rod that uses electricity to create different flavour sensations on the tongue.

The post [In]Brace allows users to control a computer with their tongue appeared first on Dezeen.