Casa Mami is located in Pioneertown, California, an unincorporated community outside of Joshua Tree National Park in Southern California.

After visiting the area Carlos Naude and Whitney Brown of Working Holiday Studio wanted to purchase a house of their own to spend holidays in and to rent out to overnight guests. The 92-square-metre stucco house has an adobe-style construction and is situated on five acres (1.6 hectares) overlooking the barren desert landscape.

To make the tiny building “stand out” against its surroundings a black portico contrasts the updated white exterior and light-coloured gravel around the property juxtaposes the sandy ground. 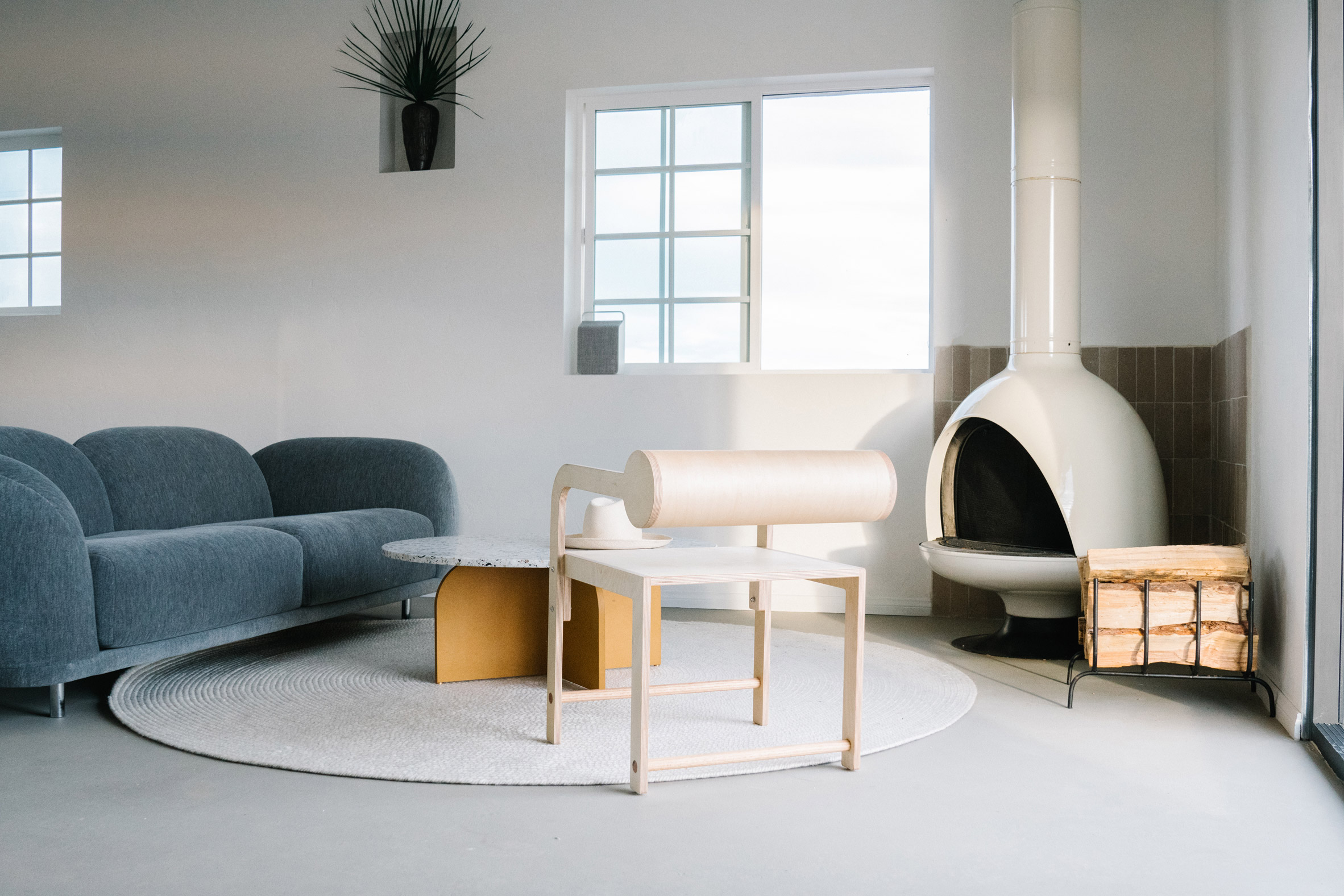 “Most houses around the desert in that area try to blend in with the environment through earthy and brown tones, we wanted the opposite, we wanted our house to stand out which is why we chose to surround the house with white gravel to create a separation between the desert ground and house and painted it white and black, which not only made it really stand out but also brought a Mediterranean feel to it which is a good contrast to the dry hot desert,” Naude told Dezeen. 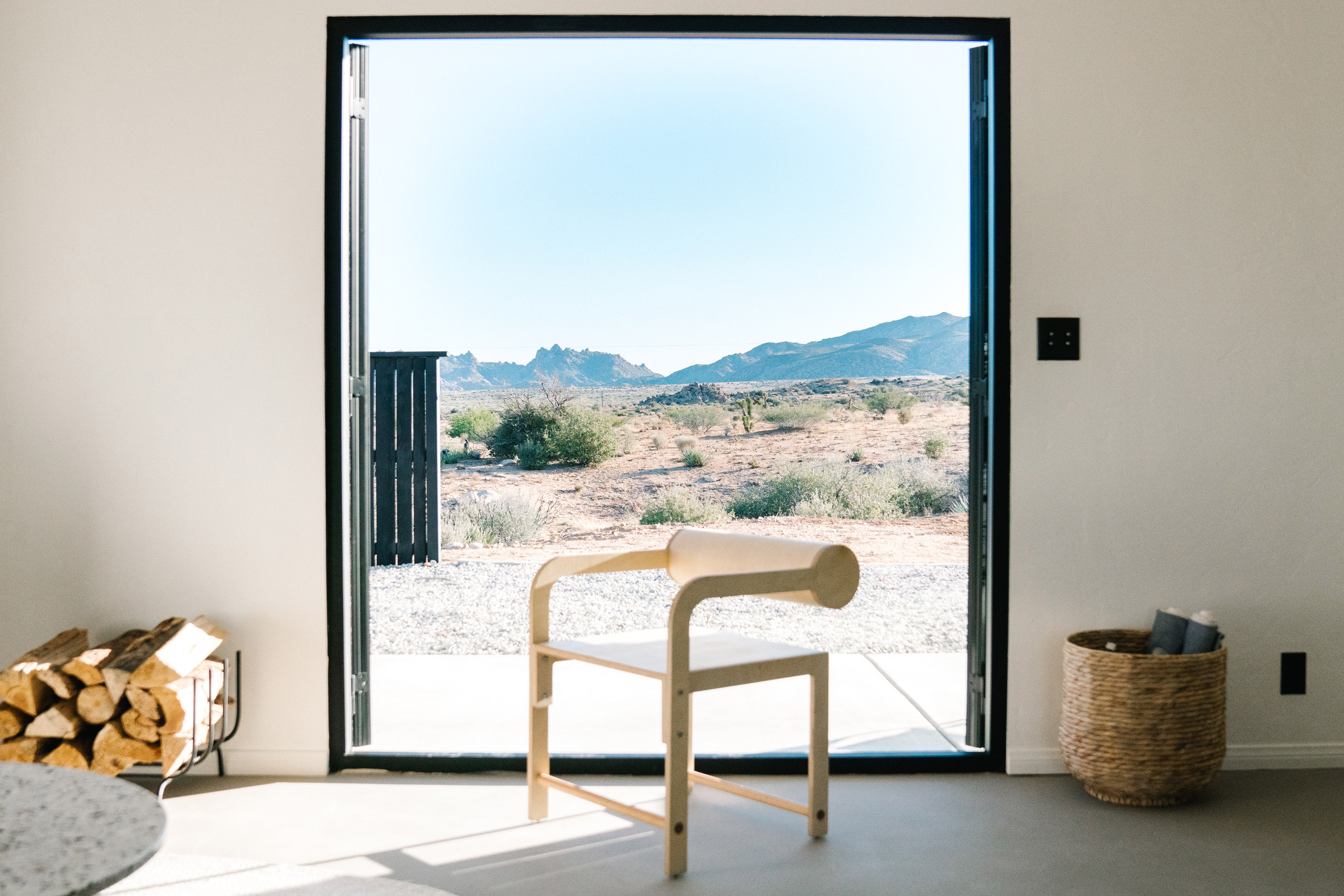 For the interiors, the designers took cues from Scandinavian and Japanese design styles. This was coupled with bright colours found in work by Mexican architect Luis Barragán and a mix of pattern and shape used by French interior designer Jacques Granges and British designer Terence Conran. “I would say that we borrowed Luis Barragán’s use of colour – like the monochromatic yellow hallway, Jacques Grange’s ability to mix styles – between Scandinavian and Japanese, and Terence Conran’s incorporation of playful shapes and silhouettes,” he added.

Beige walls are paired with white moulding and painted grey floors throughout the house. In the kitchen the cabinets and drawers are punctured with a tiny hole to form a handle instead of with a traditional metal knob. 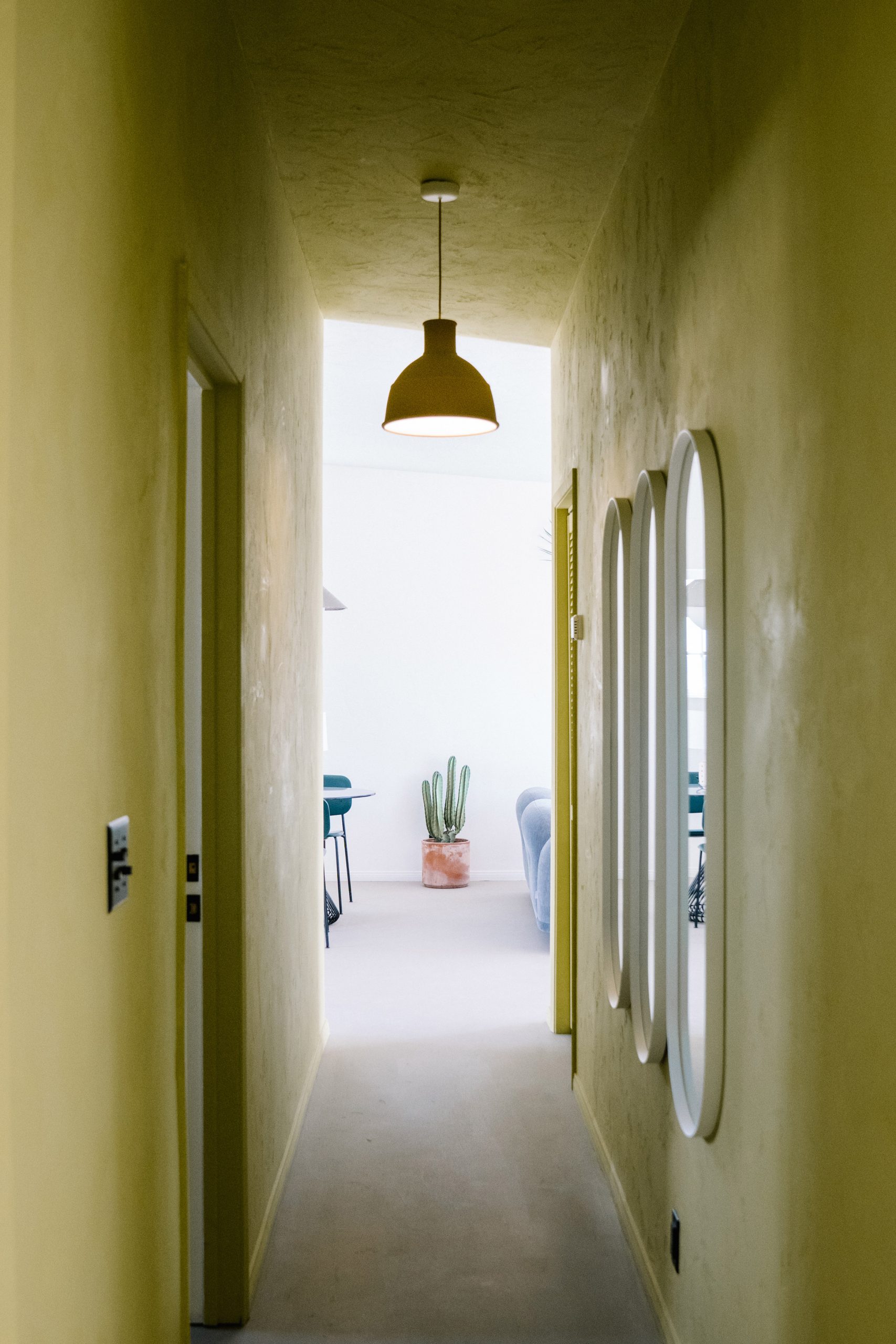 A set of translucent glass doors with black trim is situated between the open-plan kitchen and living space frames the desert landscape, which is speckled with vegetation. Another pair is located in the master bedroom furnished with two semicircular nightstands and black light fixtures. 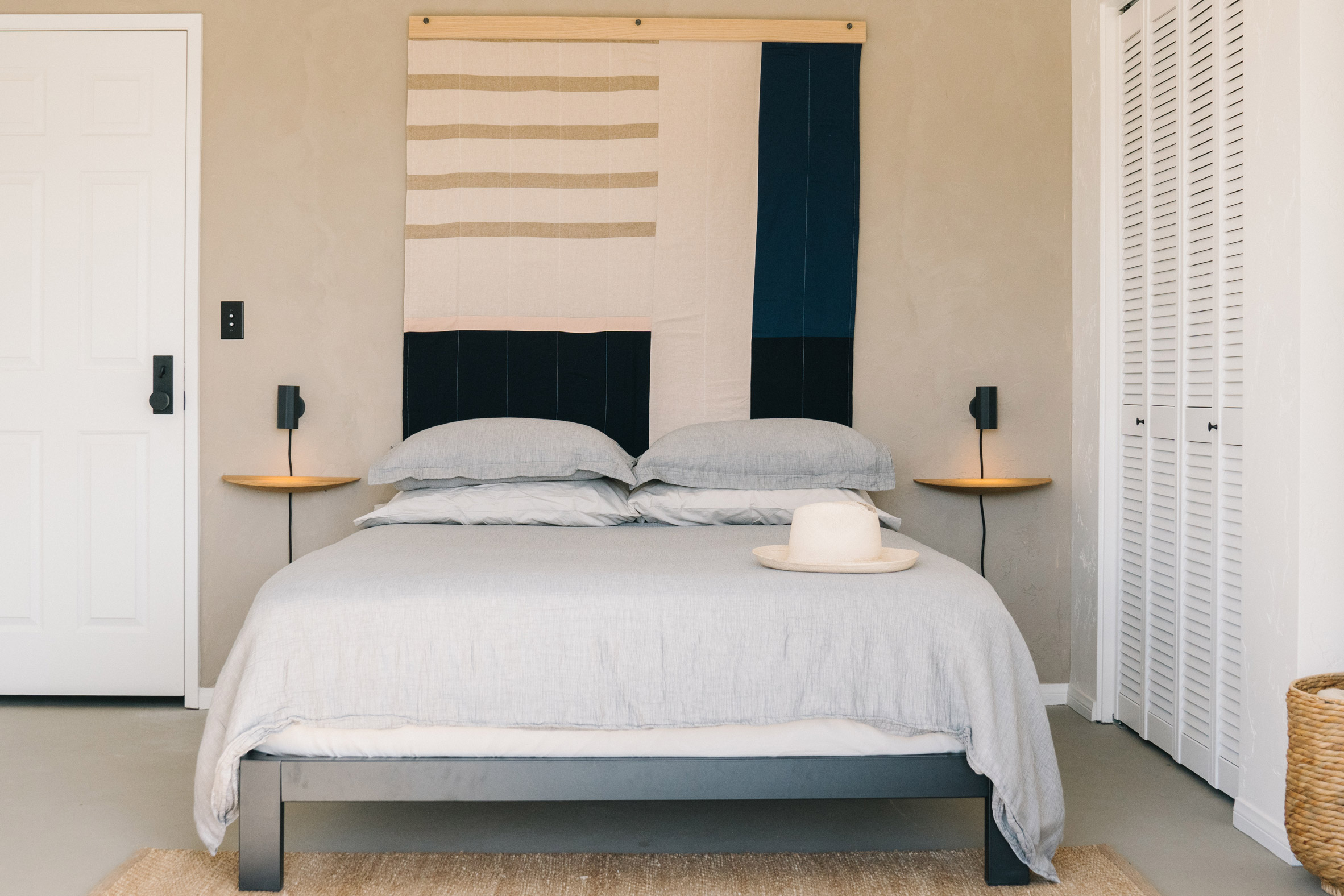 In the living there is blue couch with rounded cushions and a circular coffee table topped with a terrazzo surface. The furnishings face a white, sphere-shaped fireplace installed to heat the tiny home.

The studio worked with over 30 brands to decorate the space with furniture, appliances and houseware items that guests can purchase online, forming part a new trend to design “shoppable stays”.

Others include a holiday house in Maine designed by An Aesthetic Pursuit to showcase its new furniture collection and a rental property in Long Island Studio Robert McKinley has decorated to double as a showroom. 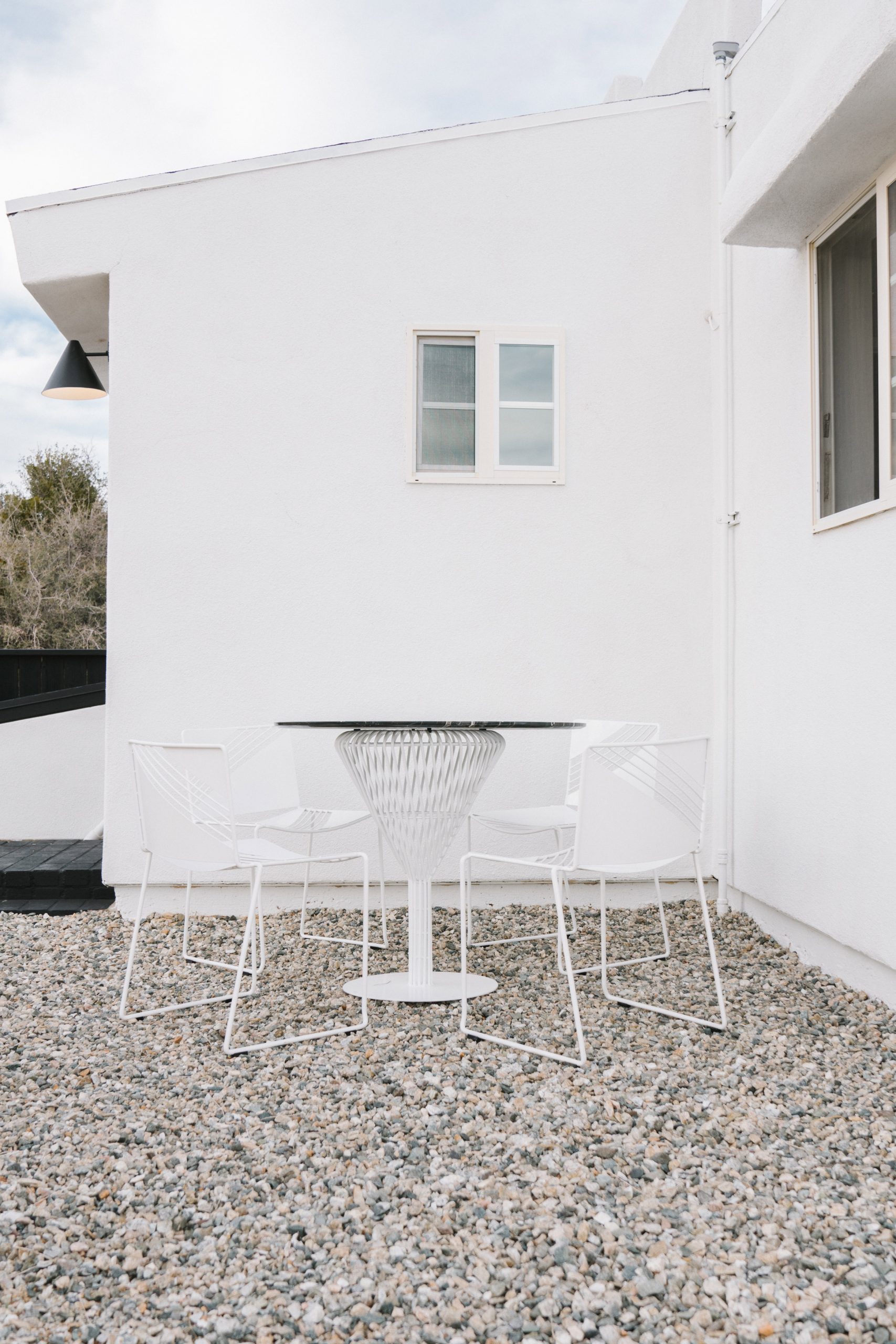 Other details of Casa Mami are a hallway with bright yellow walls, decorative potted plants and an outdoor patio nestled into a corner of the structure.

It is also powered by solar panels and a hauled water system, so the homeowners and guests are more conscious about their energy and water usage. 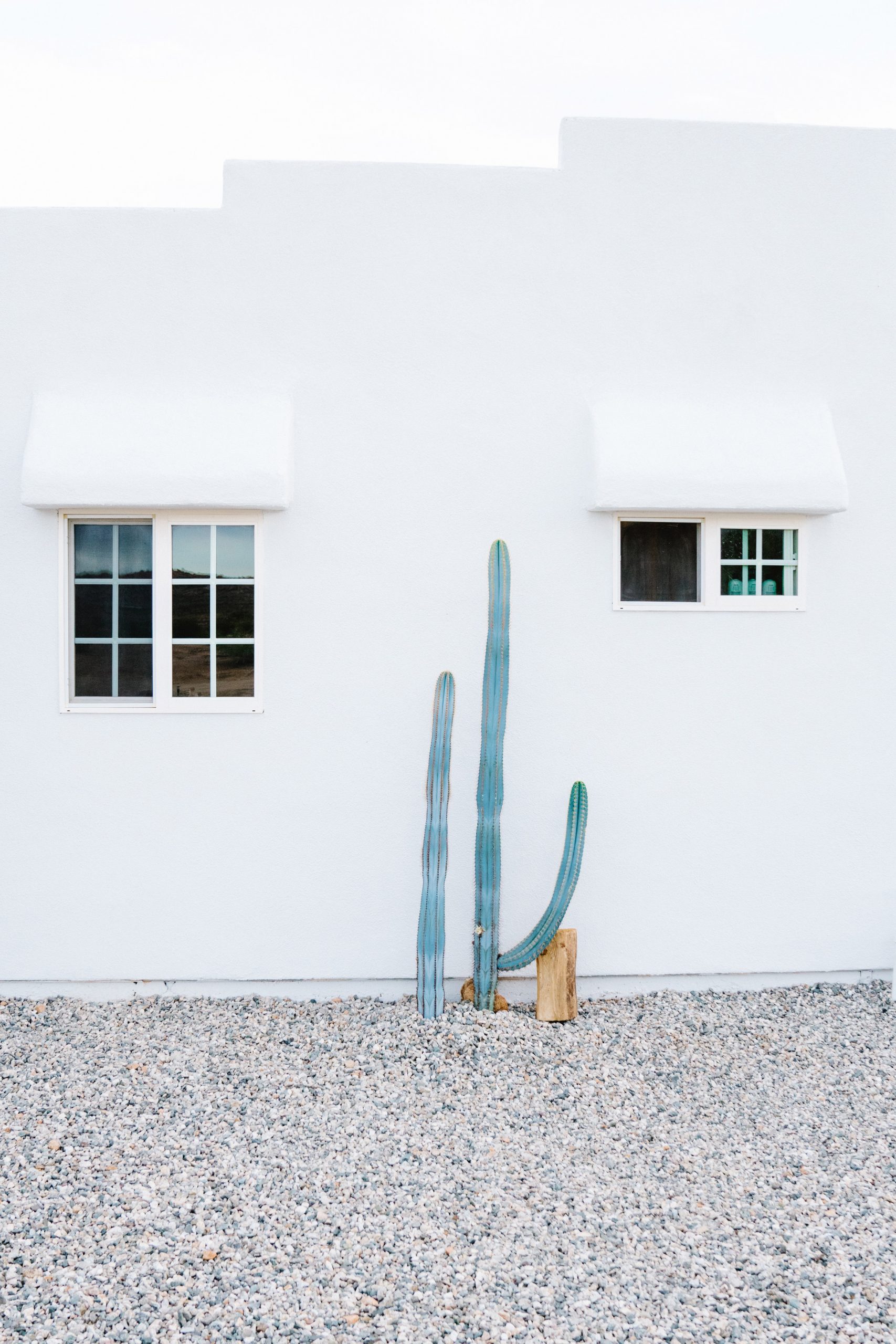 Casa Mami has been longlisted in the hotel and short stay interior project category of Dezeen Awards 2020, with shortlists set to be announced at the start of September.

Working Holiday Studio is a Los Angeles design studio led by husband and wife duo Carlos Naude and Whitney Brown. It worked with Francesca de la Fuente on the renovation of The Ruby Street co-working space in Los Angeles.

Photography is by Carlos Naude, unless noted otherwise.