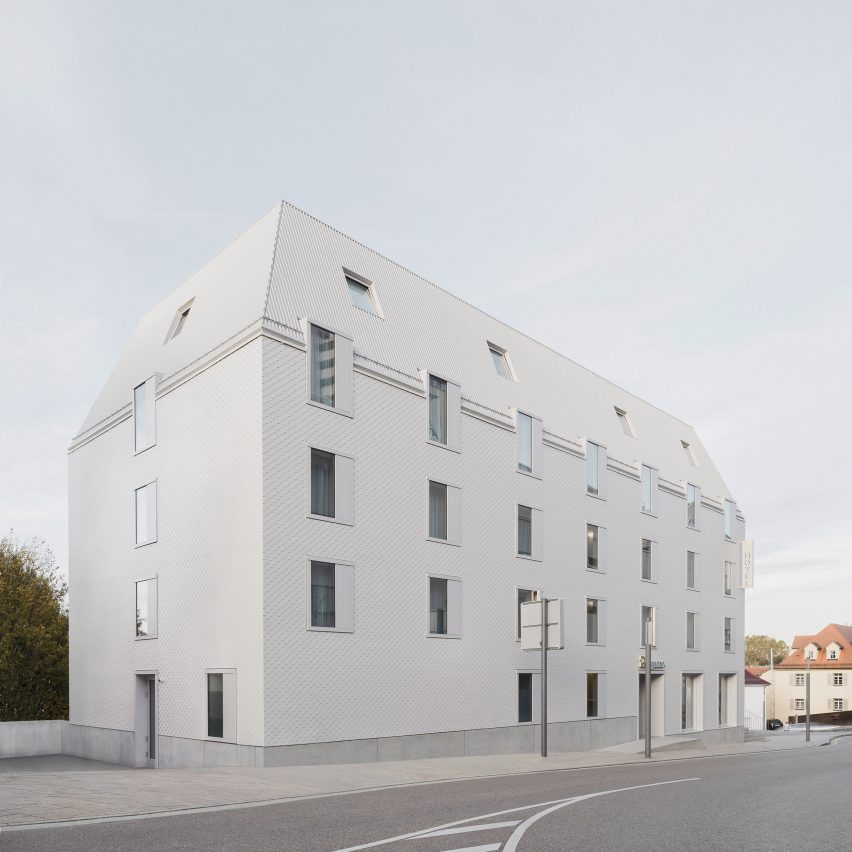 Architecture studio Von M clad the exterior of a hotel in Ludwigsburg, which was constructed from wooden modules, in white shingles to contrast with the surrounding buildings.

The Stuttgart studio built the hotel in the centre of Ludwigsburg, Germany, near its baroque castle and a 1970s shopping centre as part of a plan to rejuvenate the area. 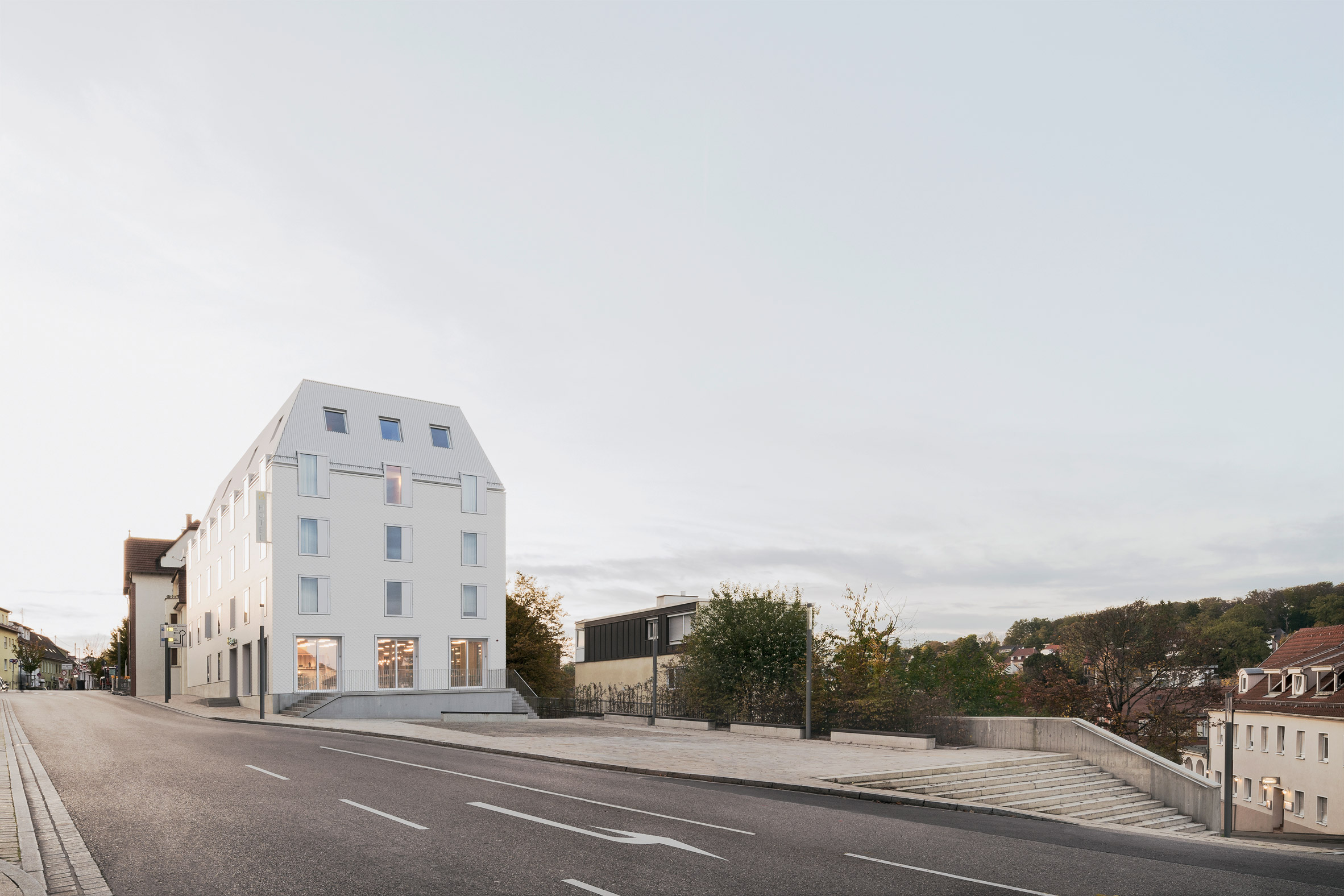 According to the studio, the city’s planning department required that the hotel “become a showcase project as the first CO2-neutral building in Ludwigsburg”.

Though the building’s base and staircase are made from concrete, Von M chose to work mainly with wooden modules to construct the hotel in order to create a more sustainable building. Its load-bearing elements are also made from wood. 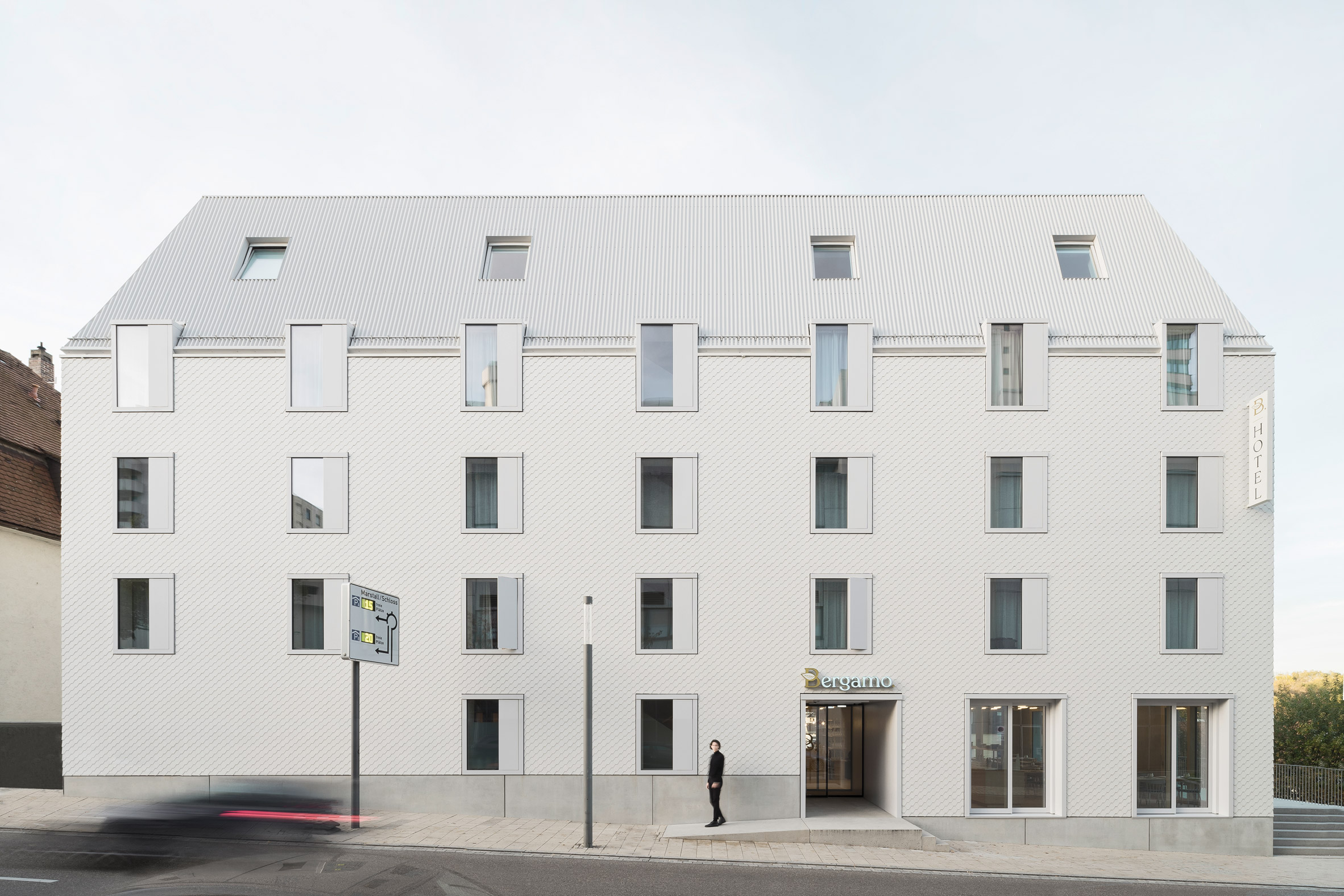 “The walls, floors and ceilings of the hotel rooms were assembled to container-like modules in the factory from cross-laminated timber, which had been computer-controlled cut,” the studio said.

The containers, which were made from local wood and produced in Austria, were furnished with the necessary additions such as windows, floor coverings and tiles in a production hall assembly line. They were then transported to Ludwigsburg and installed on the site over five days.

Von M believes that the use of concrete, which is carbon-intensive, for the building was compensated for by the wood used, creating a carbon-neutral building. 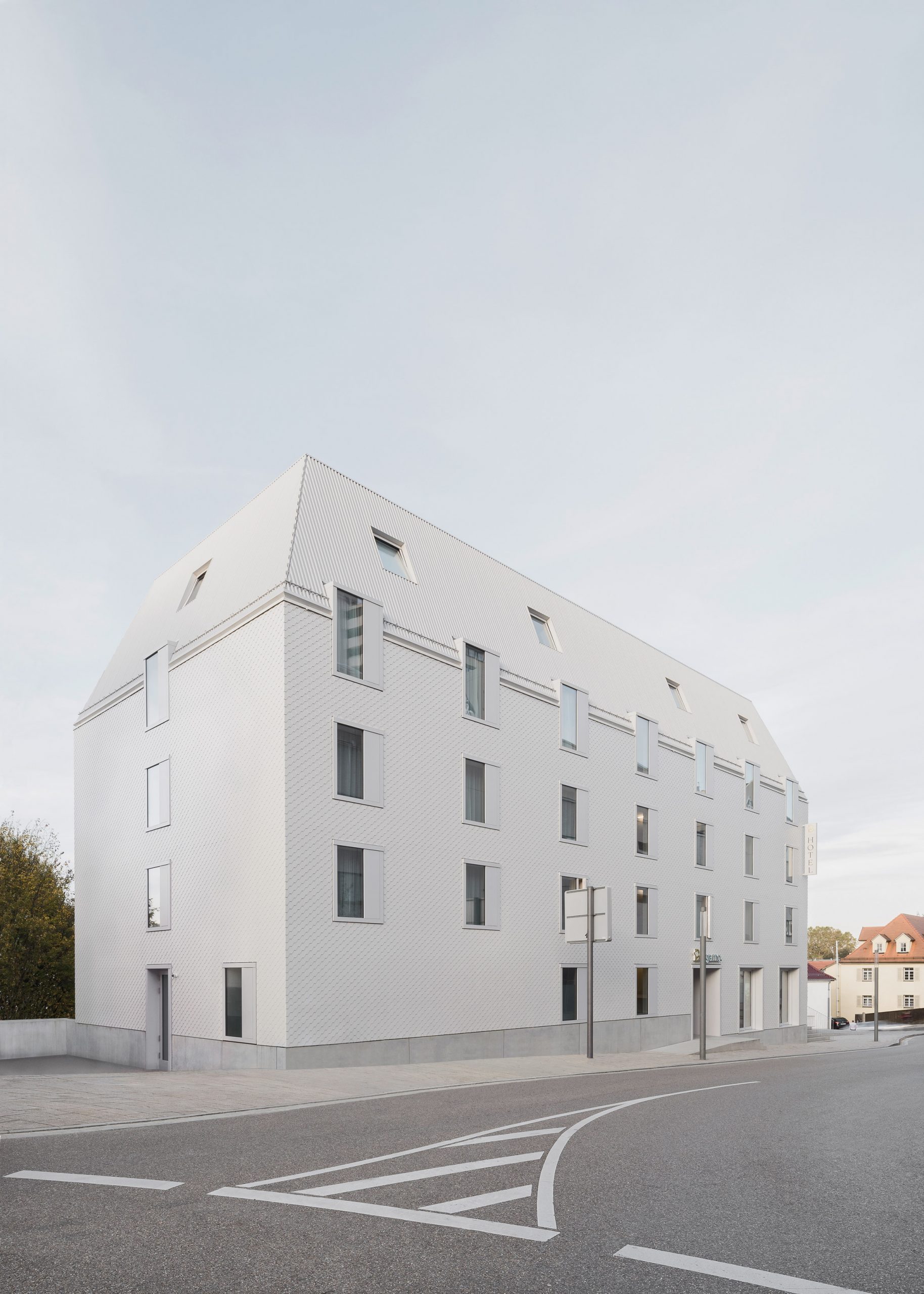 “There is considerable potential regarding construction-site logistics in the city centre,” said the studio. “The negative impact from construction traffic, building site facilities and noise is reduced.”

“In total, 440 cubic metres of wood were used, thus permanently extracting a total of 880 tons of CO2 through storage and substitution effects.” 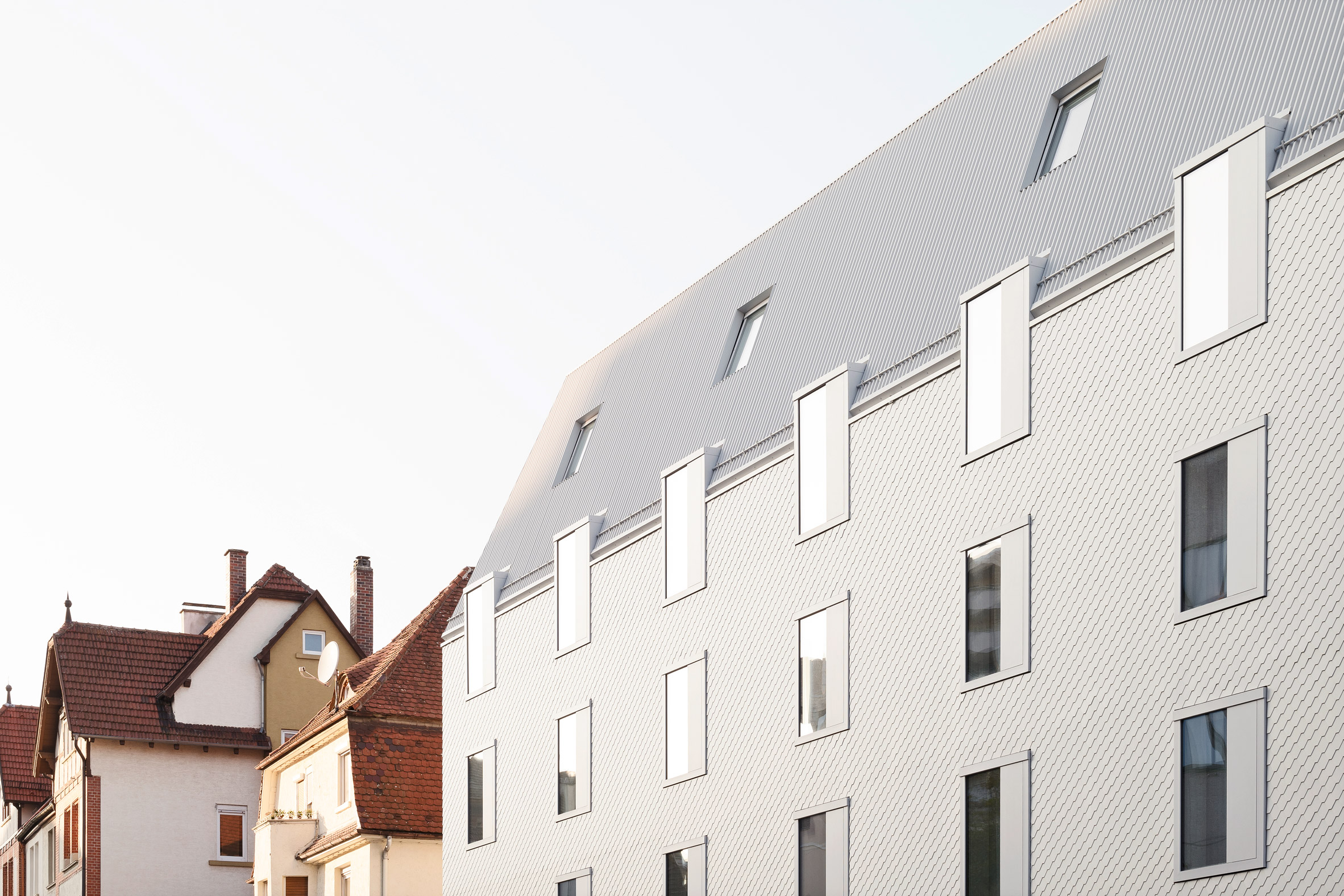 Hotel Bauhofstrasse is the same height as its closest neighbour but has been given a distinctive white facade made from fibre cement shingles.

The aim was to create a contrast against the existing environment, but also design a building that would serve the location. 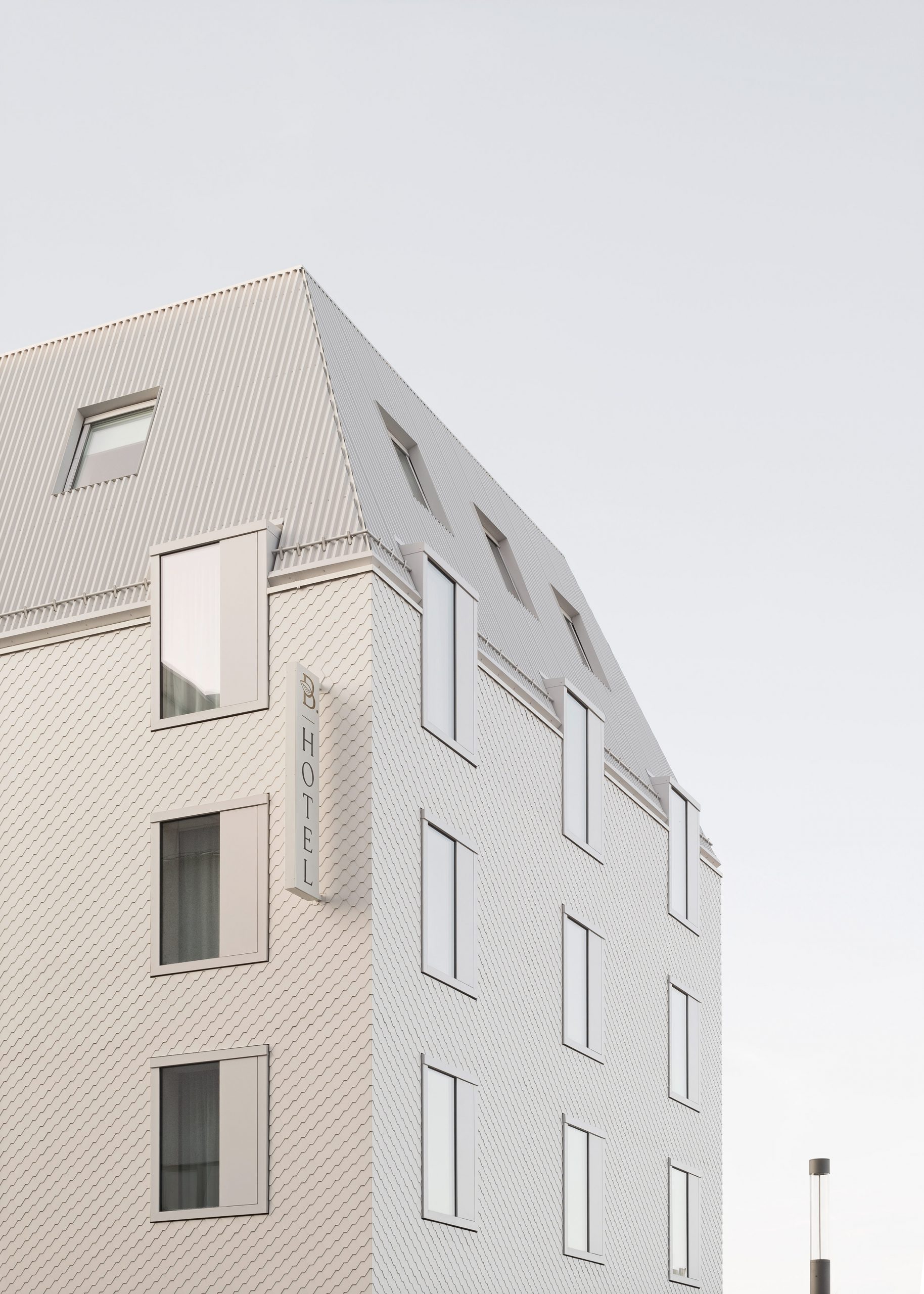 “The shingling with white fibre cement plates does not give the slightest hint that this is a wooden building. This cladding, together with the flush-mounted standing window formats and dormers, shrewdly translocate the local building traditions into our time, ” said the studio.

Inside the building, the concrete surfaces have been left exposed, and the cross-laminated timber boards unpainted. 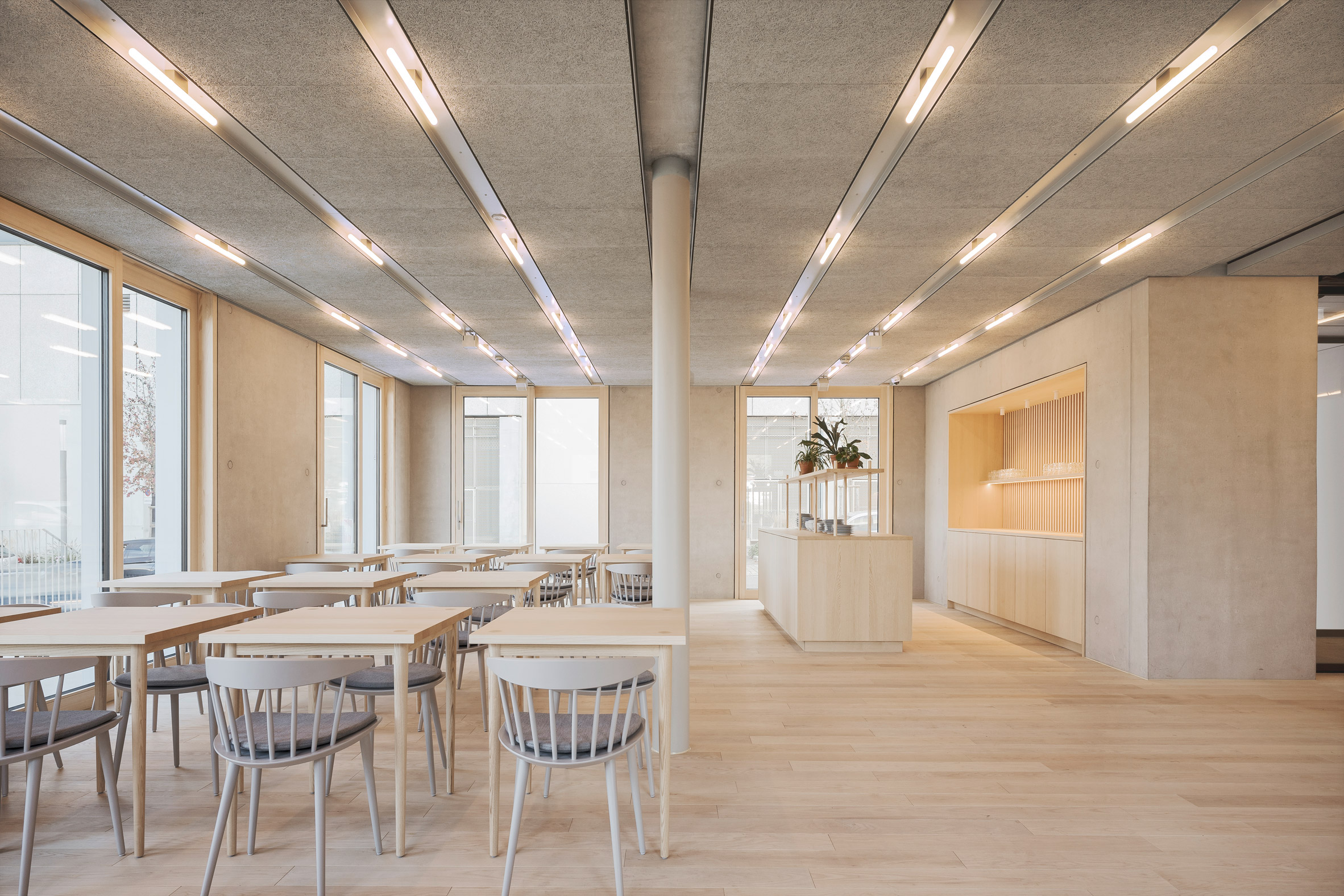 The hotel’s 55 guest rooms are decorated in neutral colours, with beige and sheer white curtains and grey carpet.

Lowered window parapets have been covered with tactile fabrics to function as both seats and viewpoints to watch the city from. 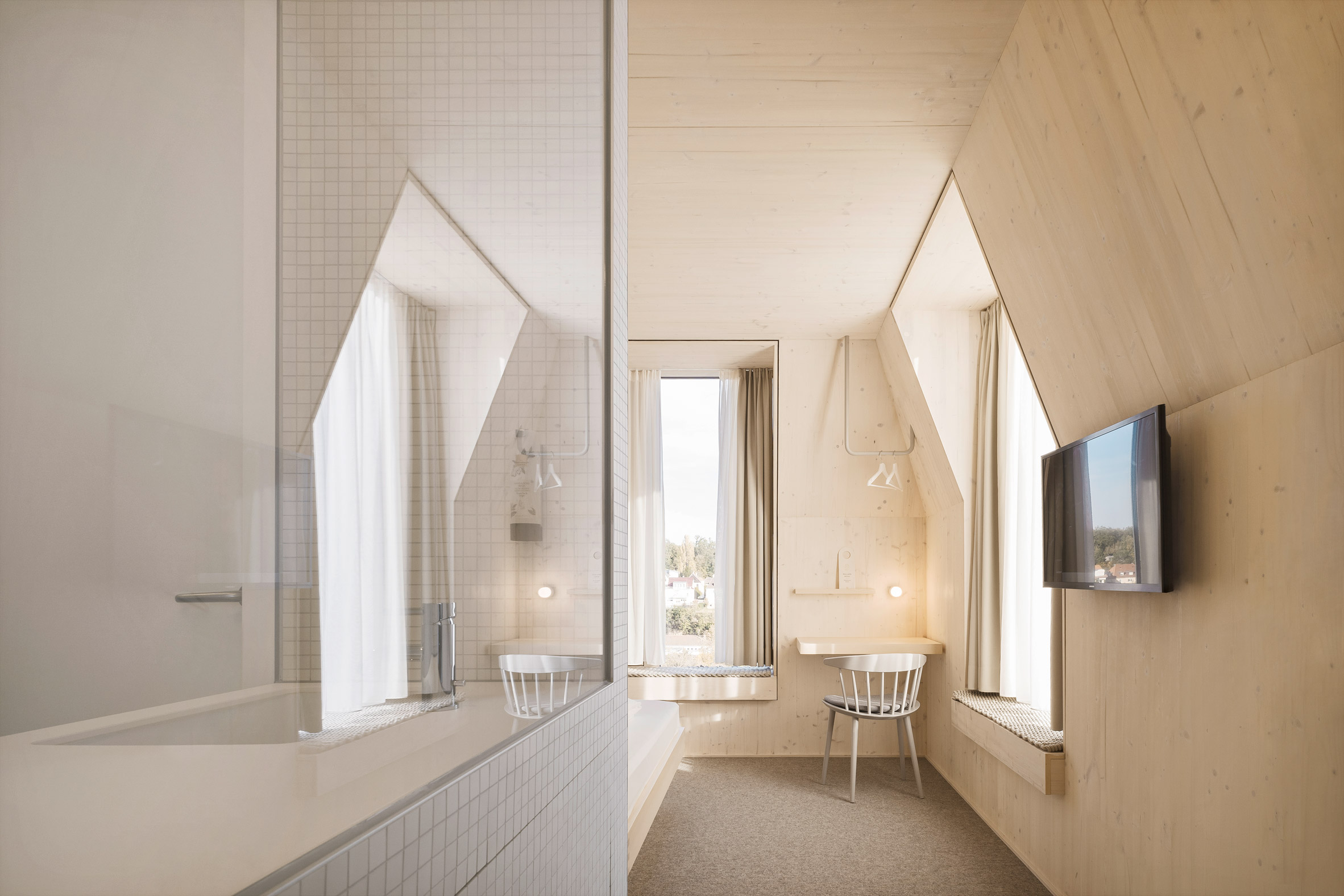 The Hotel Bauhofstrasse has been longlisted in the hospitality building category of Dezeen Awards 2020.

Photography is by Brigida González.