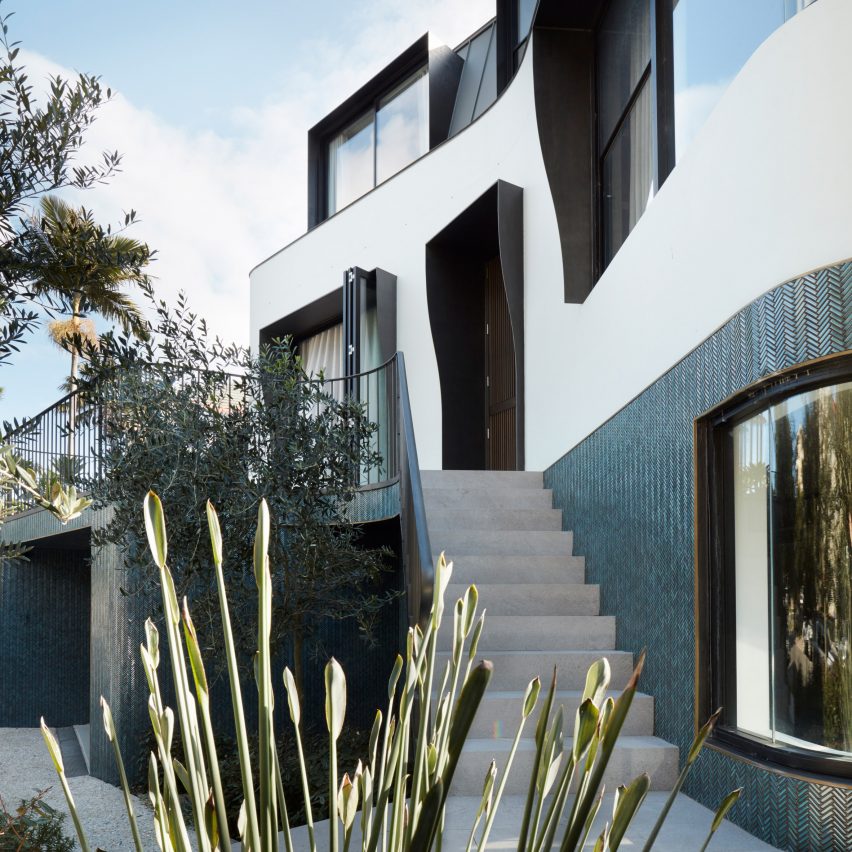 Turquoise and sea-green tiles wash over the undulating facade of this family home in Sydney, designed by local practice Luigi Rosselli Architects.

The Bondi Bombora house is occupied by three generations of a family and their gang of dogs, cats and chickens. 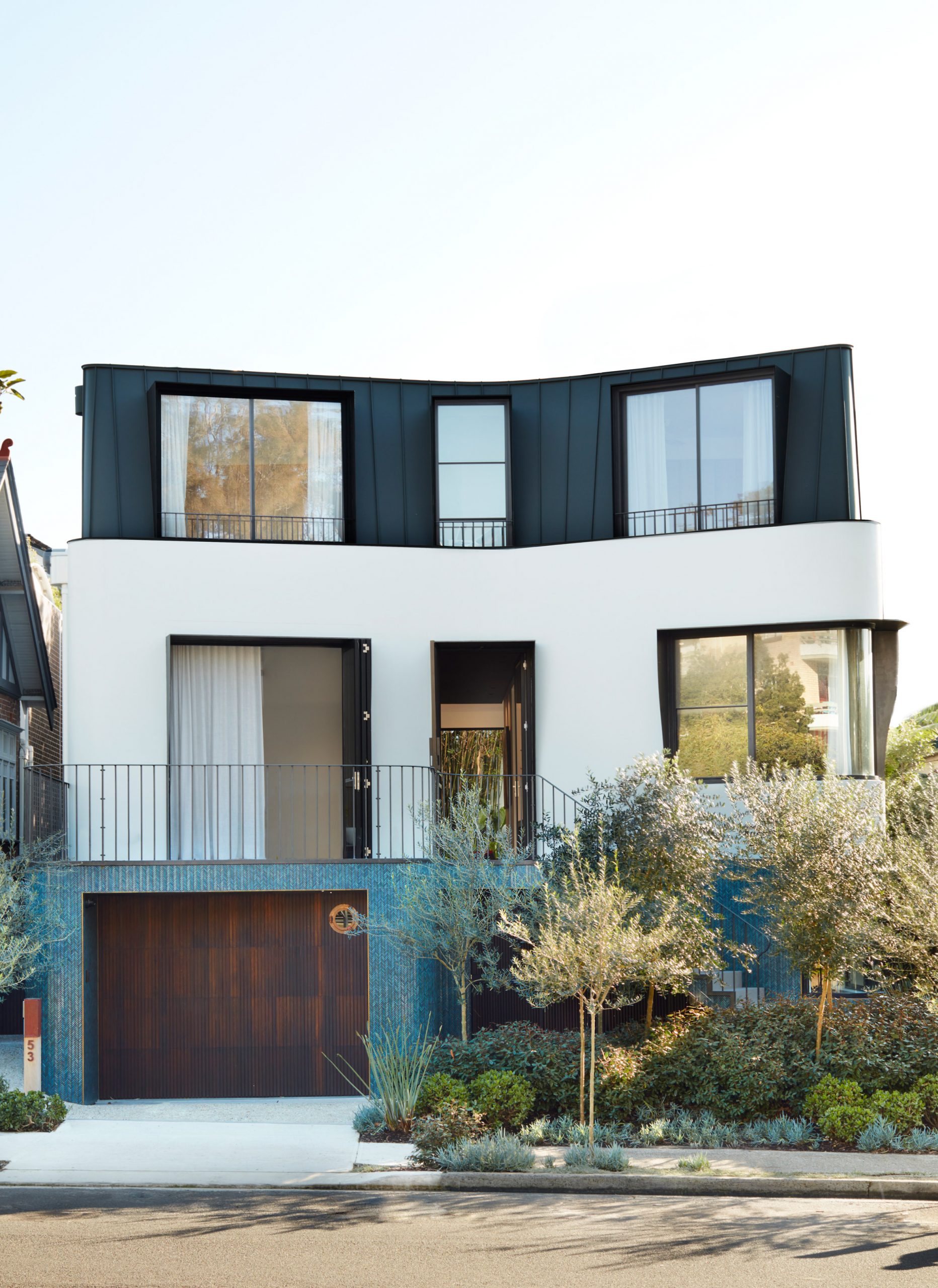 The swelling ocean waters of nearby Bondi beach informed the design of the three-storey home, which Luigi Rosselli Architects has named after bombora – an indigenous Australian term used to describe a wave which forms over submerged fragments of reef or rock offshore.

“It’s an homage to that surfers’ haven; to the swell and the waves that have formed a rich intertidal culture for millennia,” said the practice. 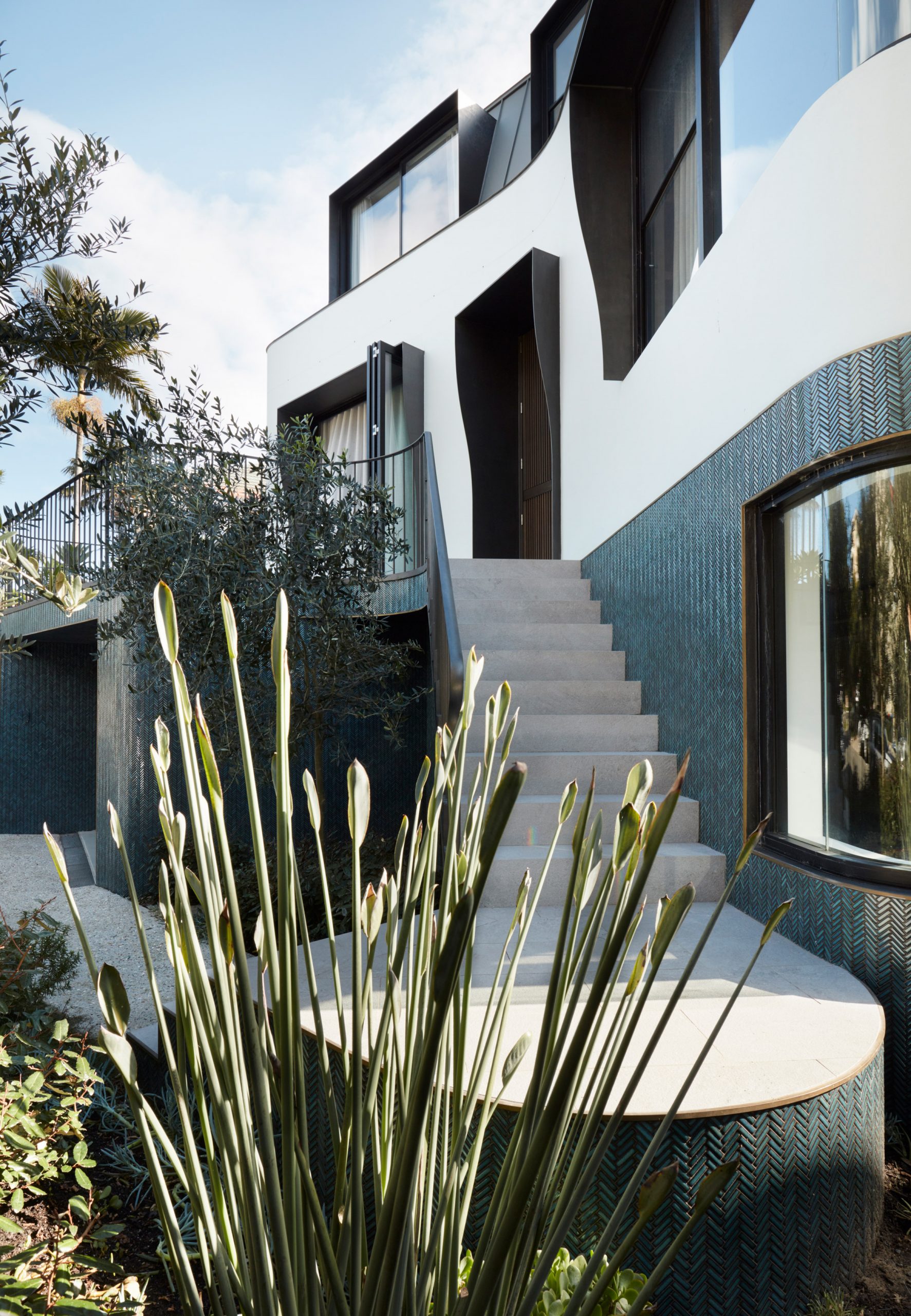 Elements of the home have been made to emulate the shape of a wave, like its undulating front elevation.

Slim turquoise and sea green-coloured tiles arranged in a herringbone pattern cover the bottom third of the elevation, which the practice hopes will “shimmer in the daylight like the surface of the ocean”. 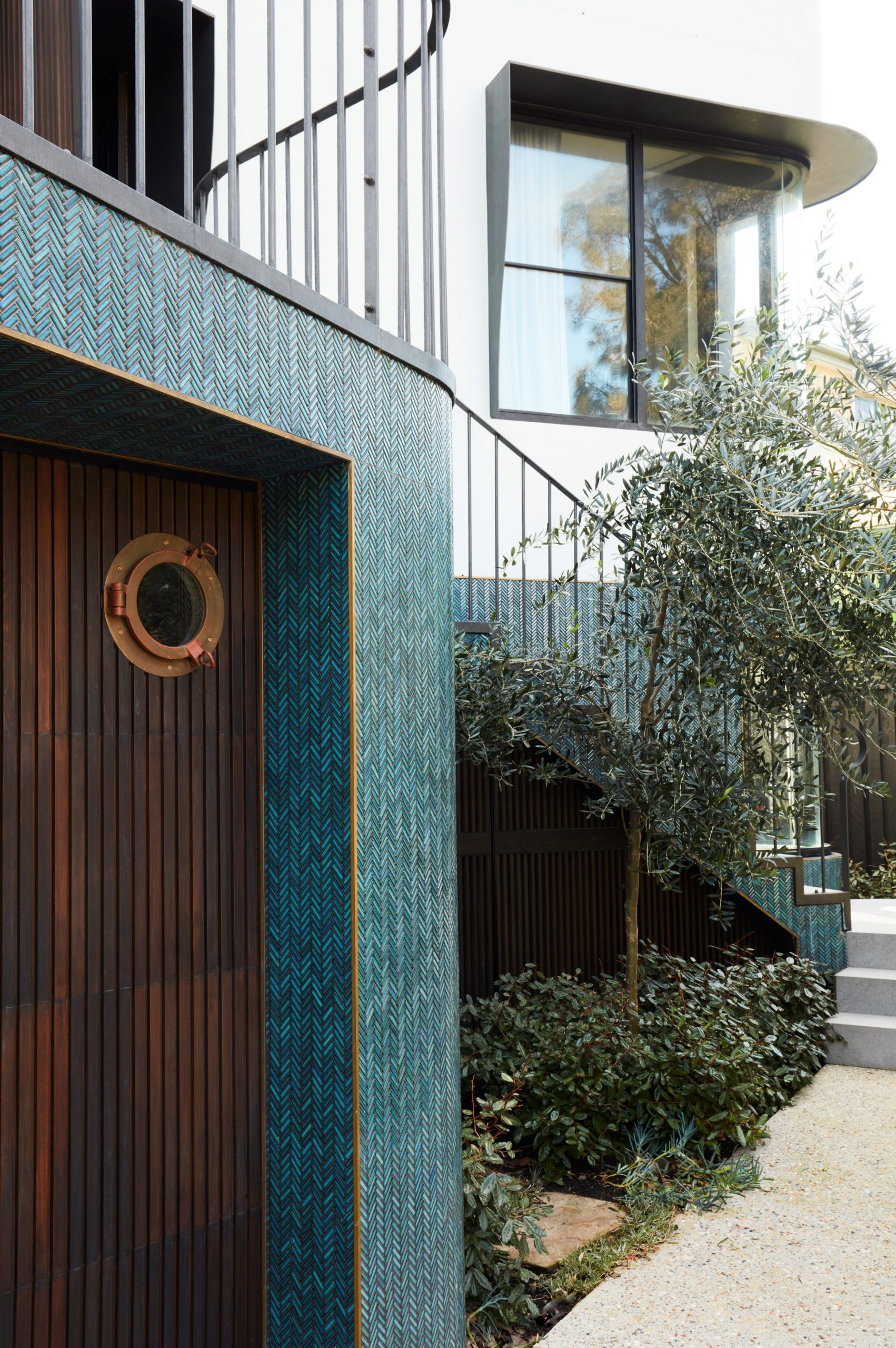 Ripple-edged frames made from black steel also surround the windows and doorways.

Black steel has additionally been used to clad the top third of the house, which the practice likens to an “armoured battleship”. 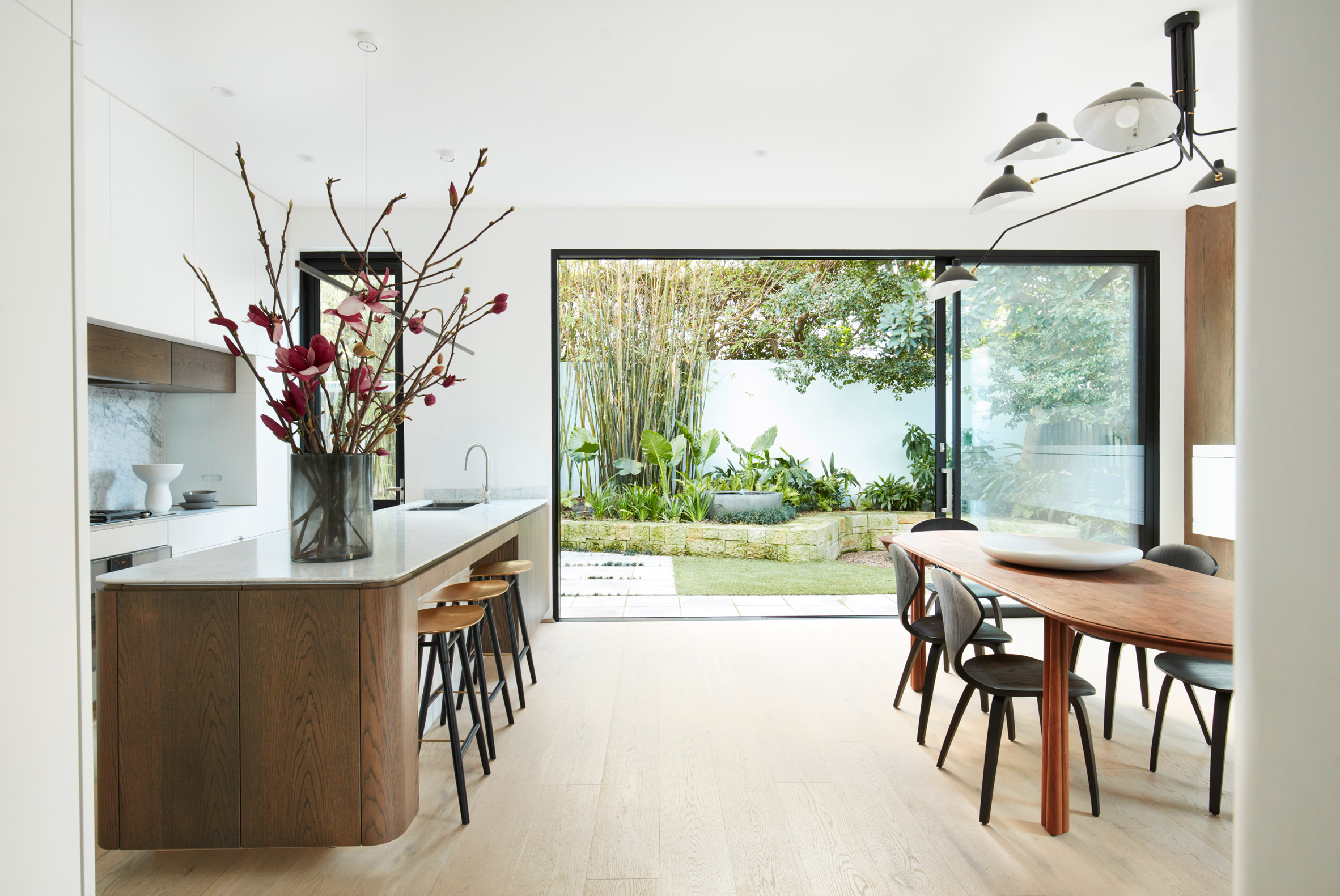 Inside Bondi Bombora are a series of airy, light-filled living spaces with high ceilings, which Luigi Rosselli Architects created with the help of interiors studio Alwill.

The practice had been inspired by the lofty proportions of piano nobiles, or “noble floors” – the first storey of grand Italian palazzos where main reception rooms and bedrooms would be placed. 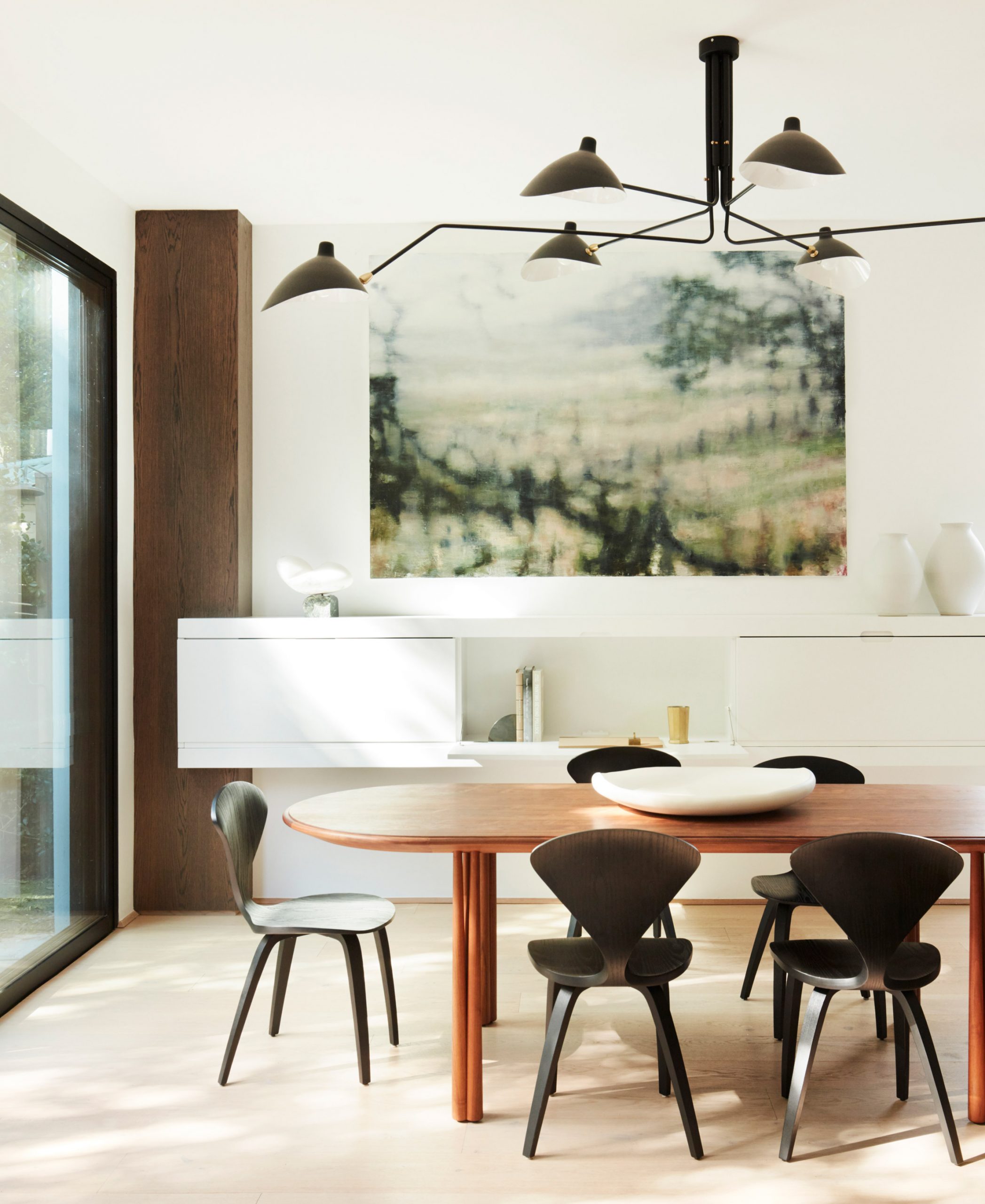 One side of the home accommodates an open-plan kitchen with bright white cabinetry. Inhabitants can eat at the marble-topped breakfast island, or around the more formal wooden dining table.

Where possible, Alwill has incorporated practical features for family living. For example, a sideboard that runs along the rear of the room includes a fold-out desk where the kids can do their homework.

Expansive glazed panels can be slid back to access the garden, where landscaper Michael Bates has planted an abundance of fruit trees and pollen-friendly plants for the bees the inhabitants keep. 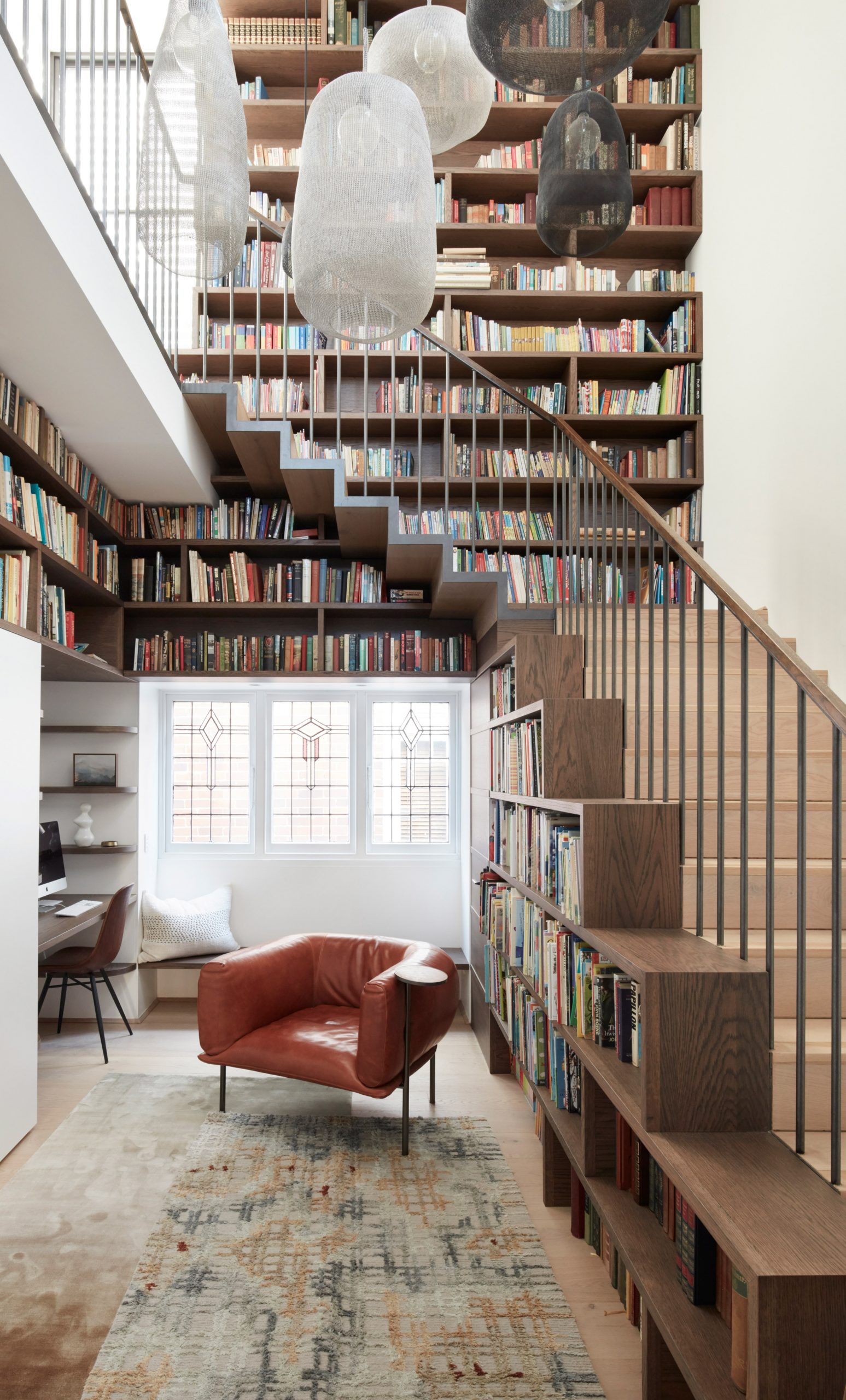 A double-height void accommodates a small study area and a stairwell that leads up to the Bondi Bombora’s sleeping quarters.

Cocoon-like pendant lamps made from black and white mesh cascade down the centre. 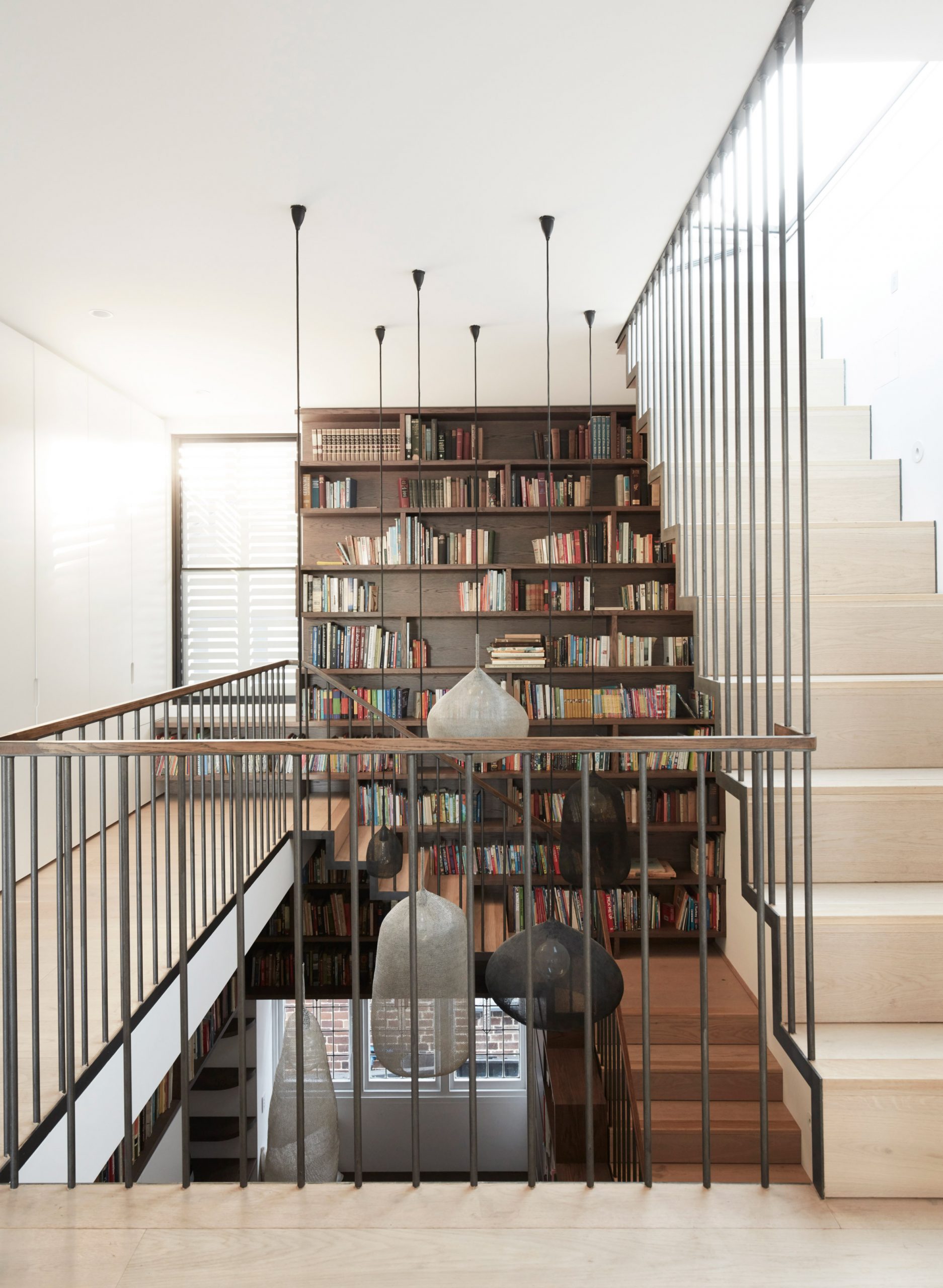 The entire back wall of the stairwell has been in-built with a towering bookshelf. More books can be stored in the stepped shelving unit that’s been built to sit alongside the steps.

A deep-set window on the first-floor landing has also been transformed into a cosy reading nook. 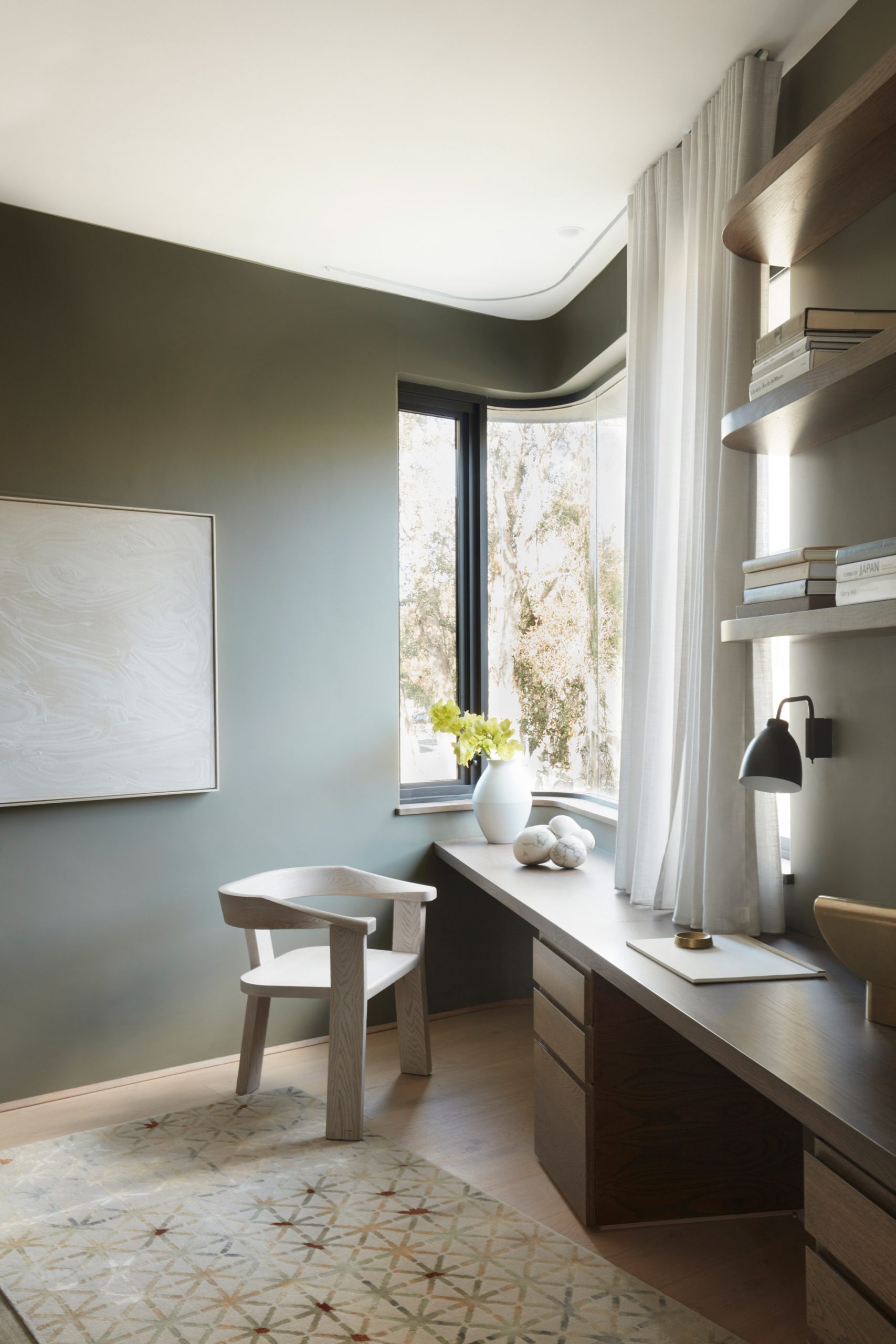 Luigi Rosselli Architects has been established since 1984 and works out of offices in Sydney’s Surry Hills suburb.

The practice has designed a number of dwellings around the Australian city. Among them is Peppertree Villa, a 1920s home that features a dramatic spiral staircase and contemporary glass conservatory.

Photography is by Prue Ruscoe.