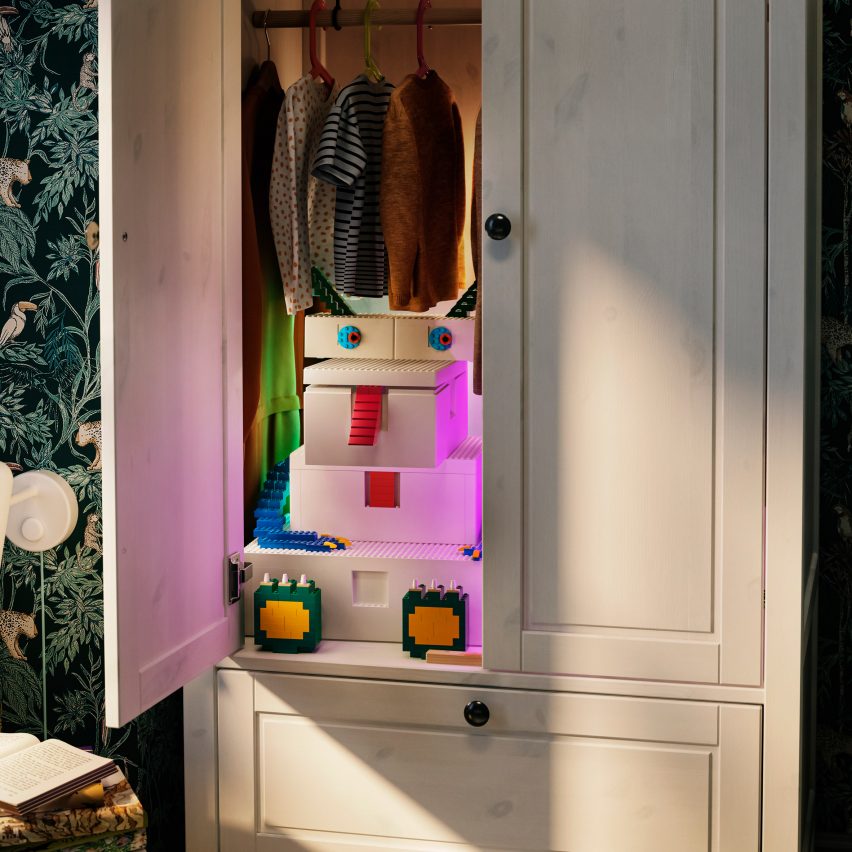 IKEA and Lego have collaborated to create Bygglek, storage boxes that aim to turn tidying into a game with stud-covered lids kids can top with their own creations.

The Bygglek storage collection comprises one set of three small boxes, two sets of larger boxes – each with lids and fronts lined with Lego studs – and one set of Lego bricks.

The collaborative collection aims to “encourage play and infuse more fun” into tidying up and organising the home by giving children a box of lego that is both a building platform and a place to store the pieces or display them as sculptures. 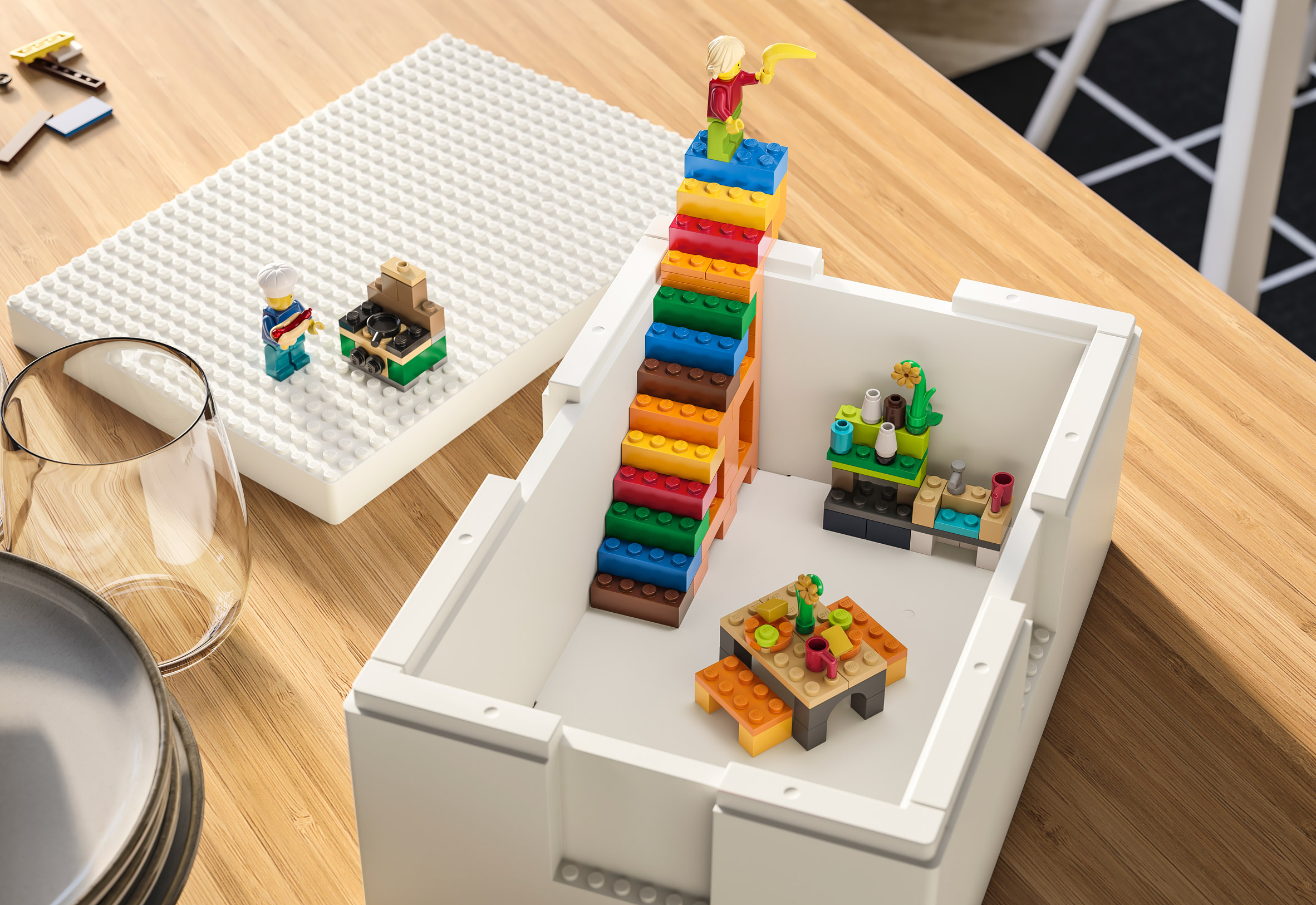 “At IKEA, we always believe in the power of play,” said Andreas Fredriksson, designer at IKEA Sweden.

“Where adults often see mess, children see a stimulating creative environment, and Bygglek will help bridge the gap between these two views to ensure more creative play in homes around the world,” added Fredriksson.

“Plus, the Bygglek collection matches perfectly with other IKEA products, making it possible to have your children’s creativity becoming a nice and unique piece of decoration at home.” 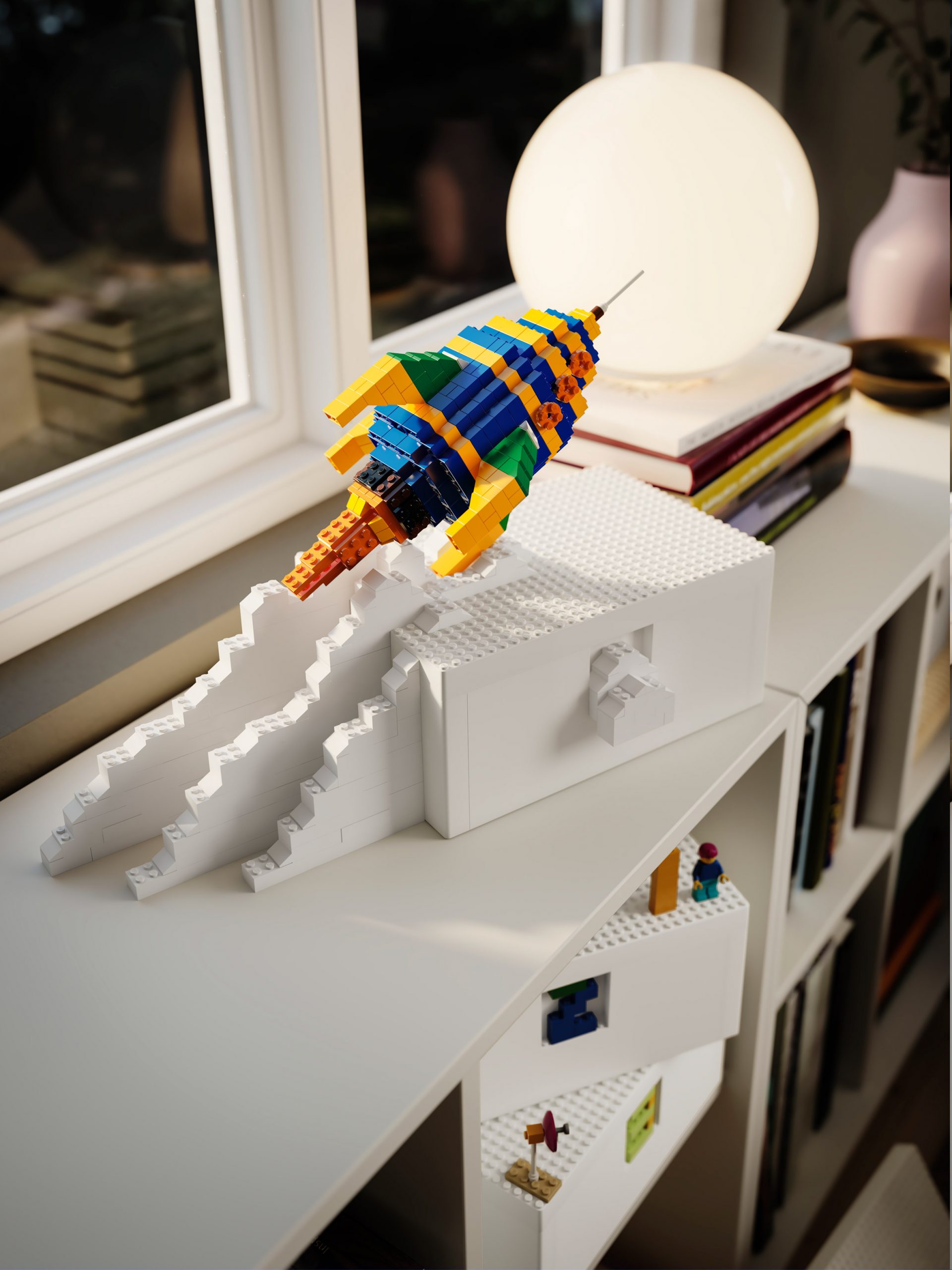 The collection can be used with any existing Lego parts. Each of the boxes can also be stacked on top of one another and secured together with the Lego studs.

Both children and adults can benefit from the designs, said the designers, creating an alignment between how grown-ups perceive organising and how children perceive creative play.

IKEA and Lego also hope it will prevent parents from feeling the need to tidy up while the kids are still playing, as the two will coincide. 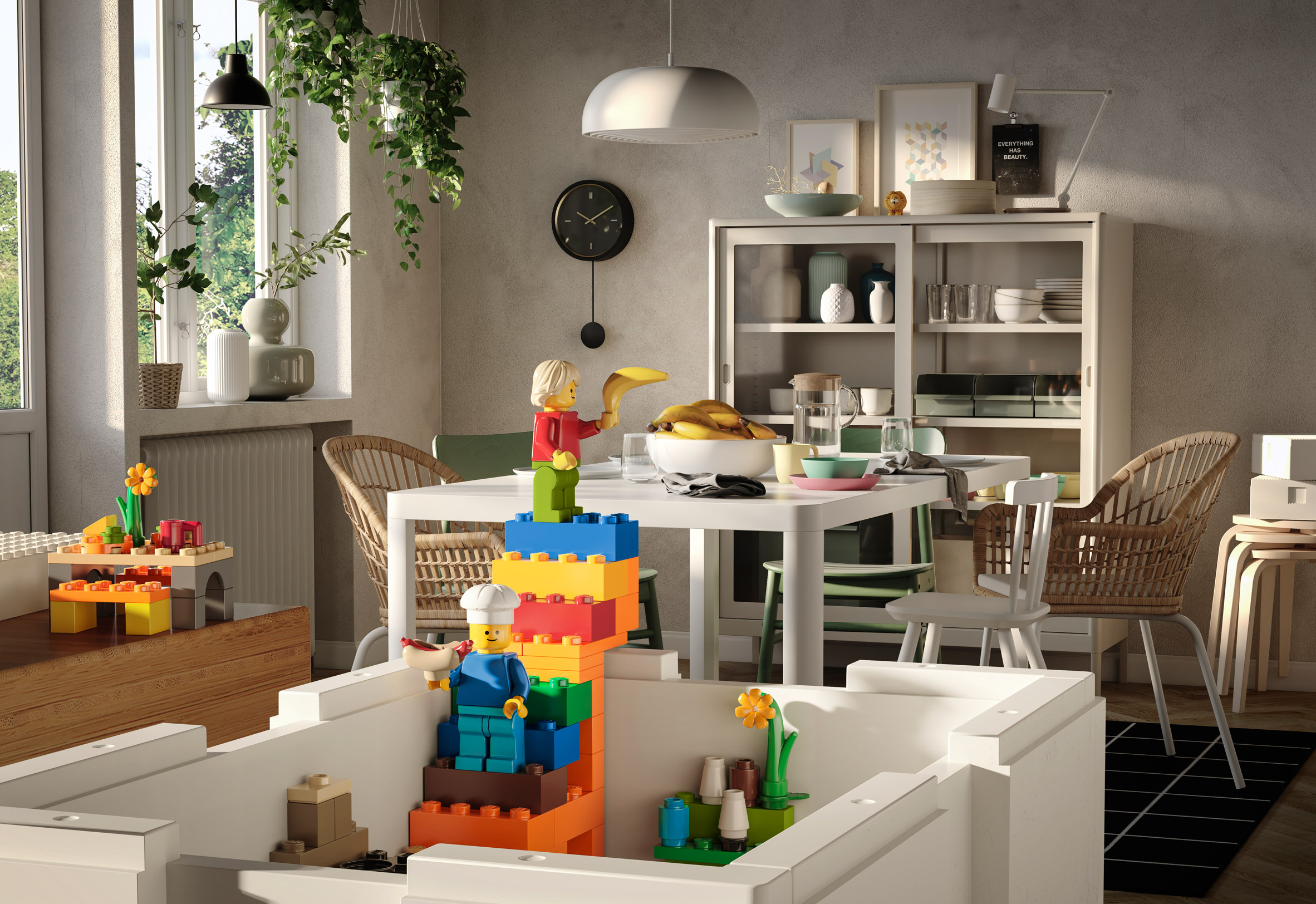 “Bygglek is more than boxes. It is storage and play intertwined,” said Rasmus Buch Løgstrup, designer at the Lego Group.

“Bygglek provides families with a product range that helps create space for more play in their everyday – fuelling creativity, making it possible to have more fun together. It’s a possibility to play, display the cool creations and return to it to replay, remake, recreate or start over.” 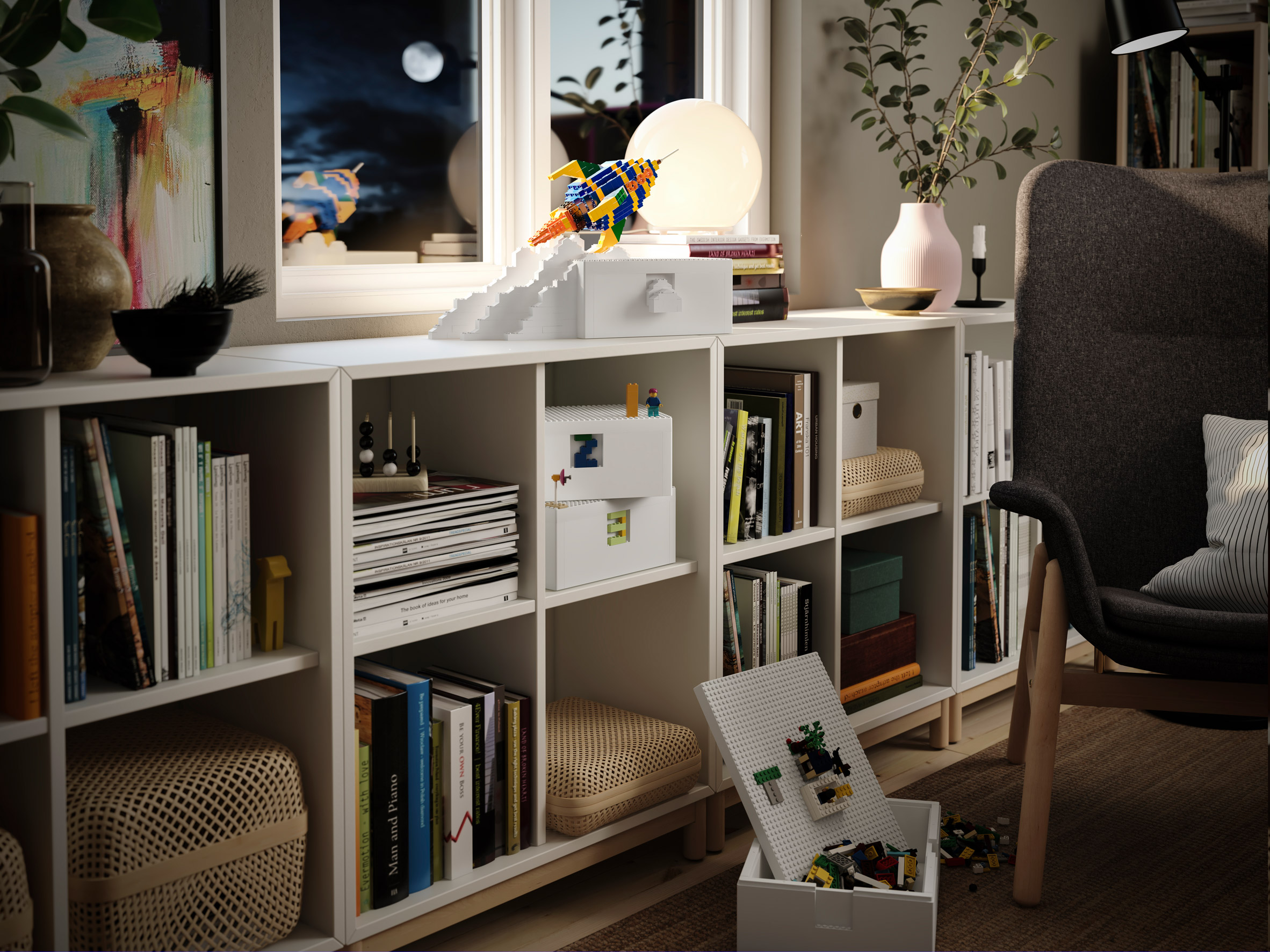 The new Bygglek collection will be available to purchase from IKEA stores and online from 1 October 2020.