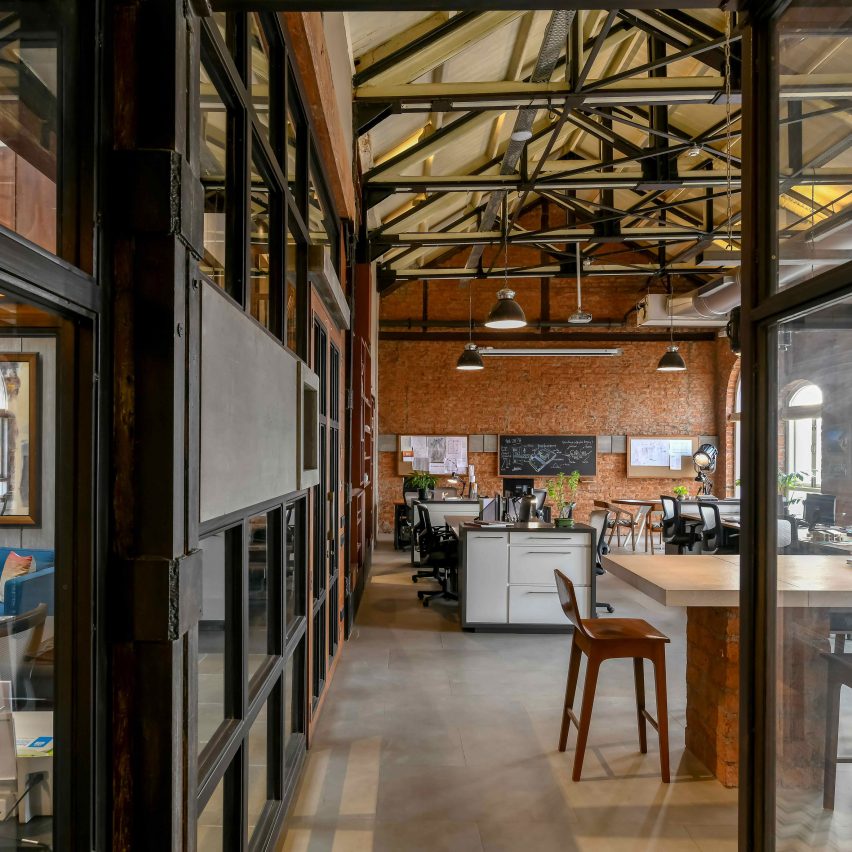 Architecture firm Studio PKA has transformed part of a disused 100-year-old building in Mumbai into its own contemporary office space.

Called The Loft, the adaptive reuse project focused on the fourth floor of a Victorian-era warehouse in the city’s South Bombay, an art district nicknamed SoBo.

The architecture studio gently “peeled away” decades worth of ad-hoc additions to the building, stripping it back to exposed brick walls and visible ceiling beams.

“The space, a part of a heritage structure, was acquired with the windows boarded up, the wooden trusses retrofitted with metal bracings and non-Load bearing brick walls enclosing and segregating zones from one another,” said Studio PKA. 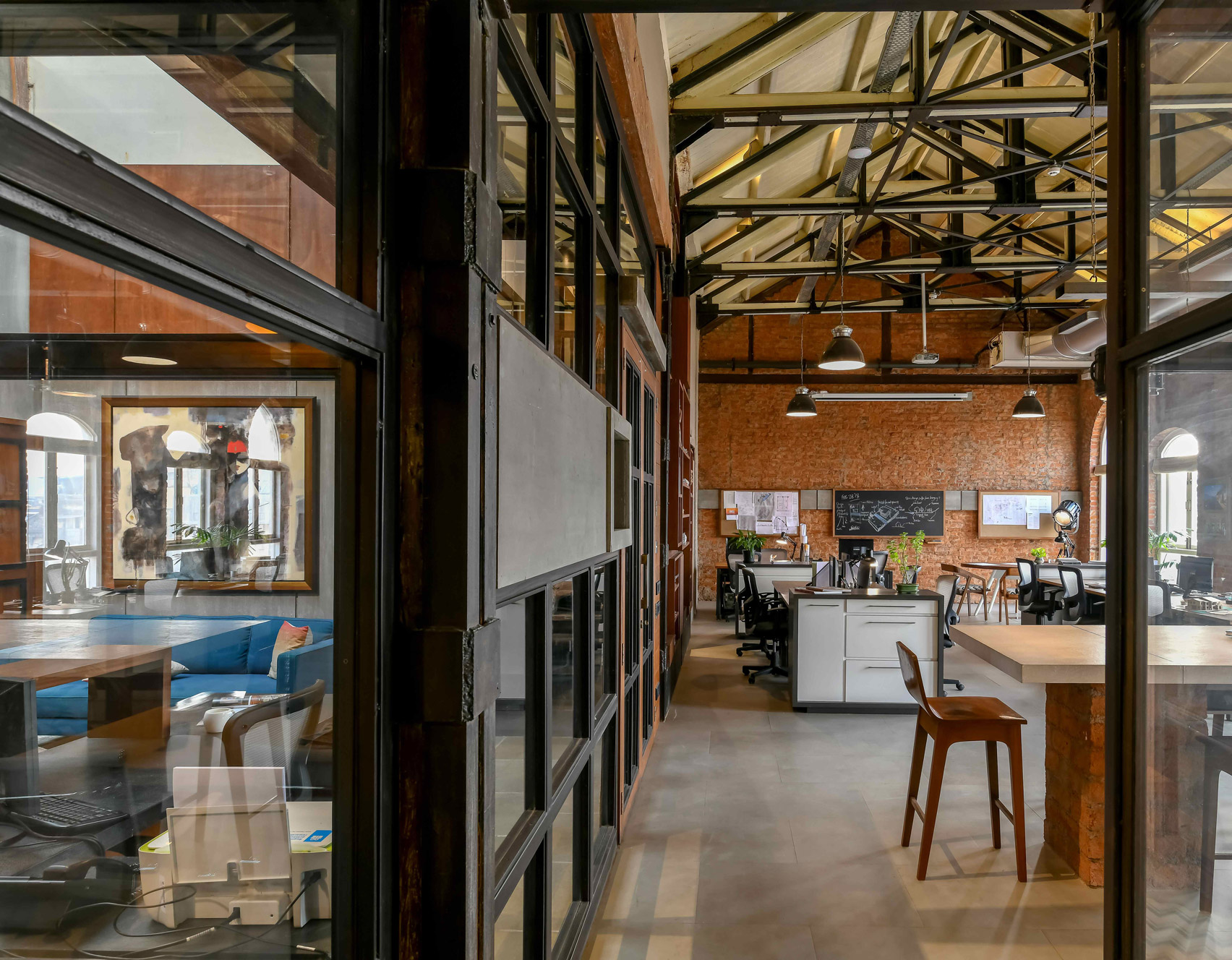 The wooden trusses and purlins of the roof were refurbished, and layers of paint and plaster sanded back to rediscover the building’s original character. 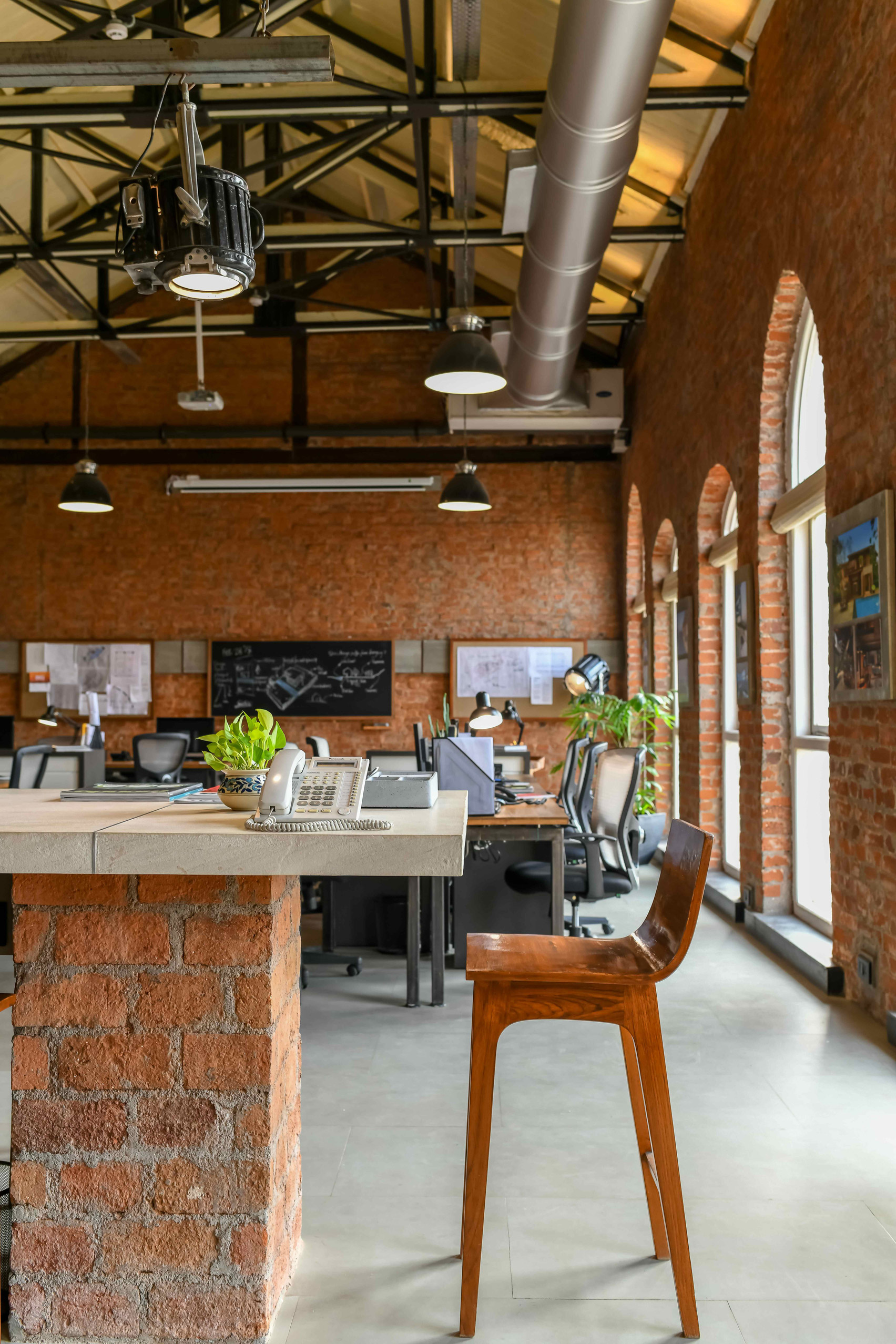 Studio PKA sourced old disused doors from demolished buildings around Mumbai to put in some of the doorways.

For the other additions, the studio stuck to a simple palette of glass, metal, bricks, and cement blocks and boards. These materials were used to divide the space up into an office.

Entering via the stairs, visitors are greeted by a stone-floored atrium with a front desk against a partition wall of glass in thick metal frames.

On the other side of the wall, an open-plan office runs down the side of the building where the arched windows are. A long table made of cement boards propped on plinths of bricks forms a place for meetings and group work. Behind the cabins, the studio principal’s personal office has its own arched windows and striking concrete-rendered walls.

These office spaces sit under the high, loft-style ceiling. Large industrial-style lights hang down from the beams over the desks, adding to the industrial effect.

On the other side of the fourth floor, meeting rooms for staff and clients sit under the mezzanine floor, which is reached by a refurbished wooden staircase. 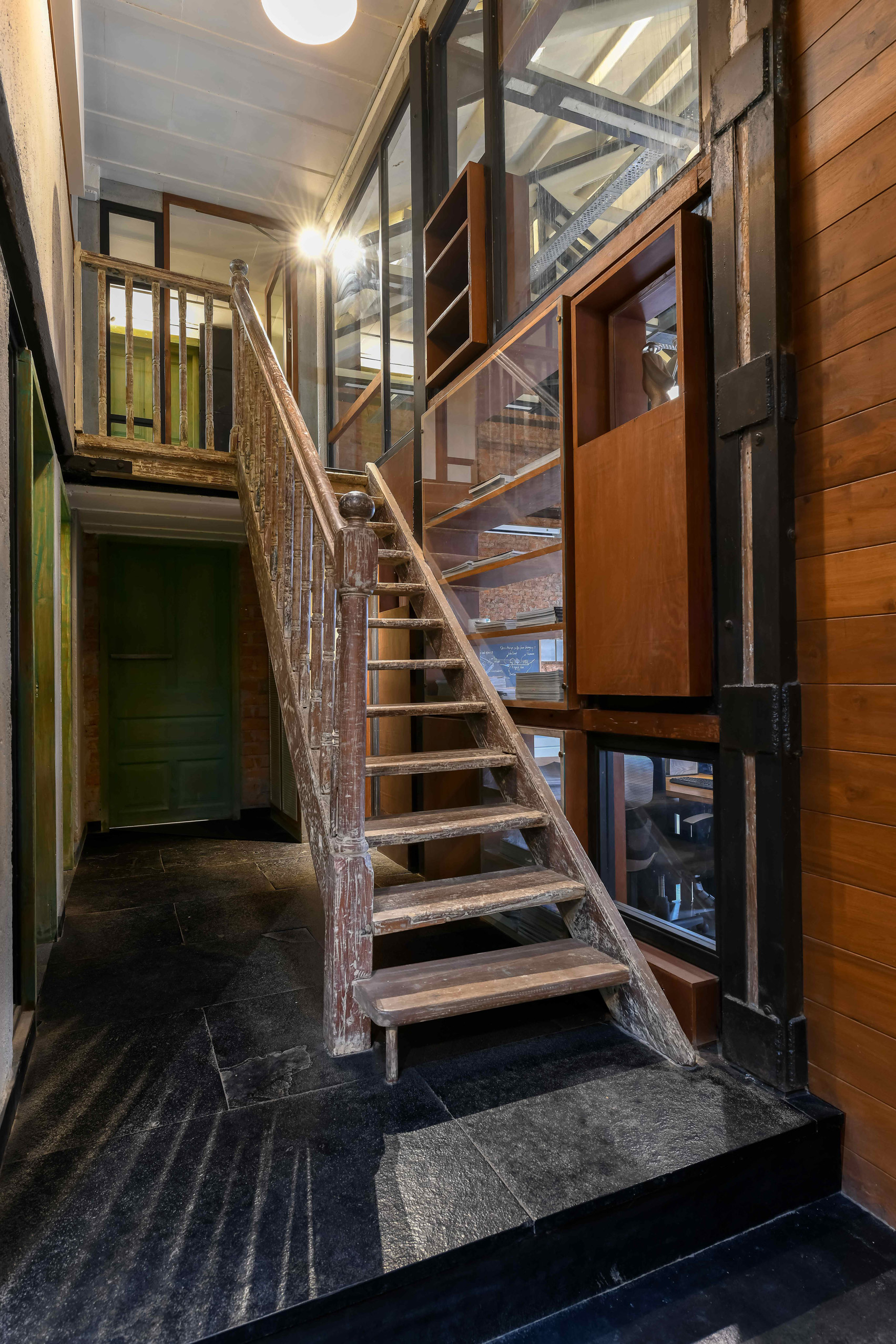 On the mezzanine level, there’s a staff library and a cafeteria for communal meals. A cosy den room in one corner provides a quiet space for contemplation or research.

“The transformation of the space alludes to a journey through time, remembering the past, living the present and looking out to the future,” said the studio.

“The studio has been envisioned as a multi-functional and flexible design solution. One that pushes the boundaries of conventional workspaces – where collaborative sessions, workshops and exhibitions can be held.” The architects’ studio has already been used to hold film screening events, with a projector screen suspended from the brick wall of the gable end.

Studio PKA was founded in 1993 by Puran Kumar. Previous projects by the studio include a country house built around old mango trees in the town of Alibag.

Photography is by Sameer Chawda unless otherwise stated.