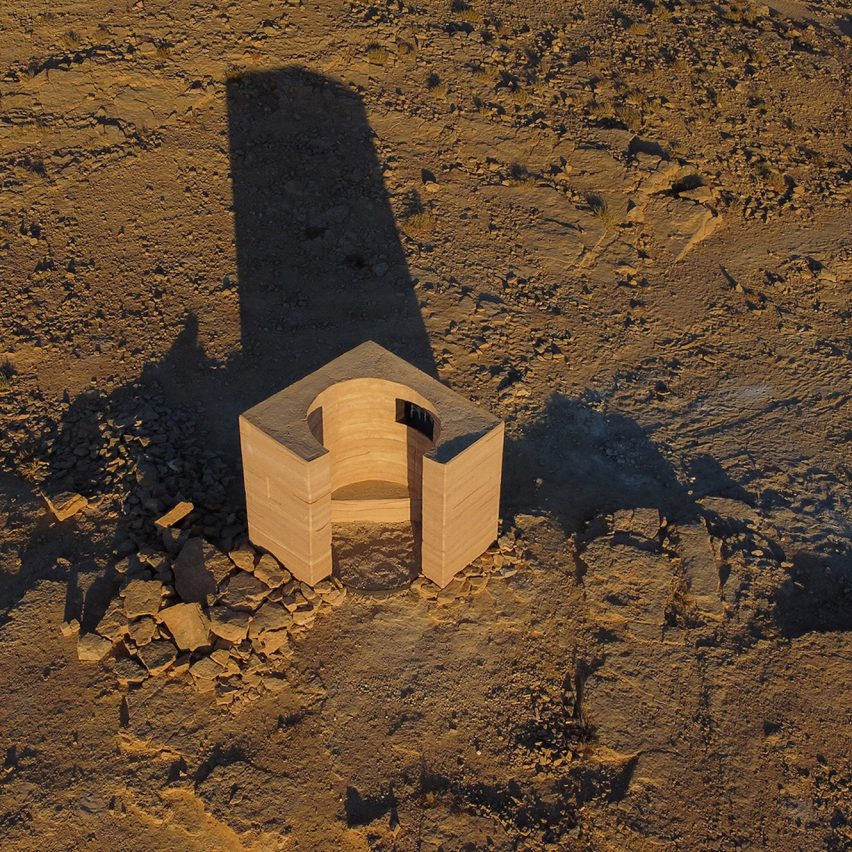 Gitai Architects used rammed earth and stones from the nearby Mitzpe Ramon crater to build the Landroom observatory in Israel’s Negev desert.

Landroom is intended to function as a shelter from the sun in daytime and an observatory at night. The structure measures just six square metres and has space for only two people. 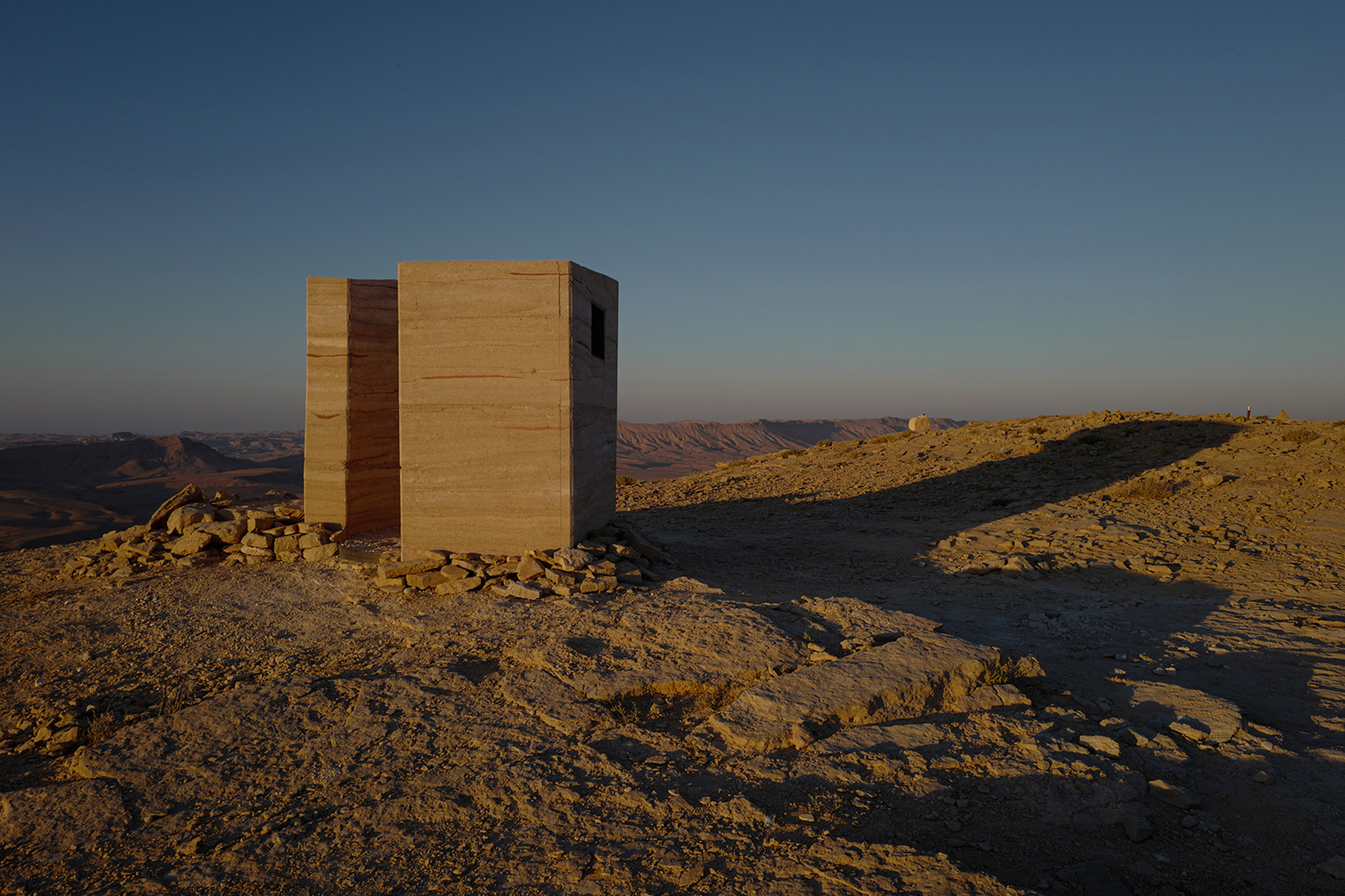 Israeli studio Gitai Architects built the minimalist structure at the western observation point of the Mitzpe Ramon crater, where it is easily accessible from the town of Mitzpe Ramon via a natural path.

The square building has a circular interior and an opening facing the desert, as well as a built-in seat where travellers can rest. 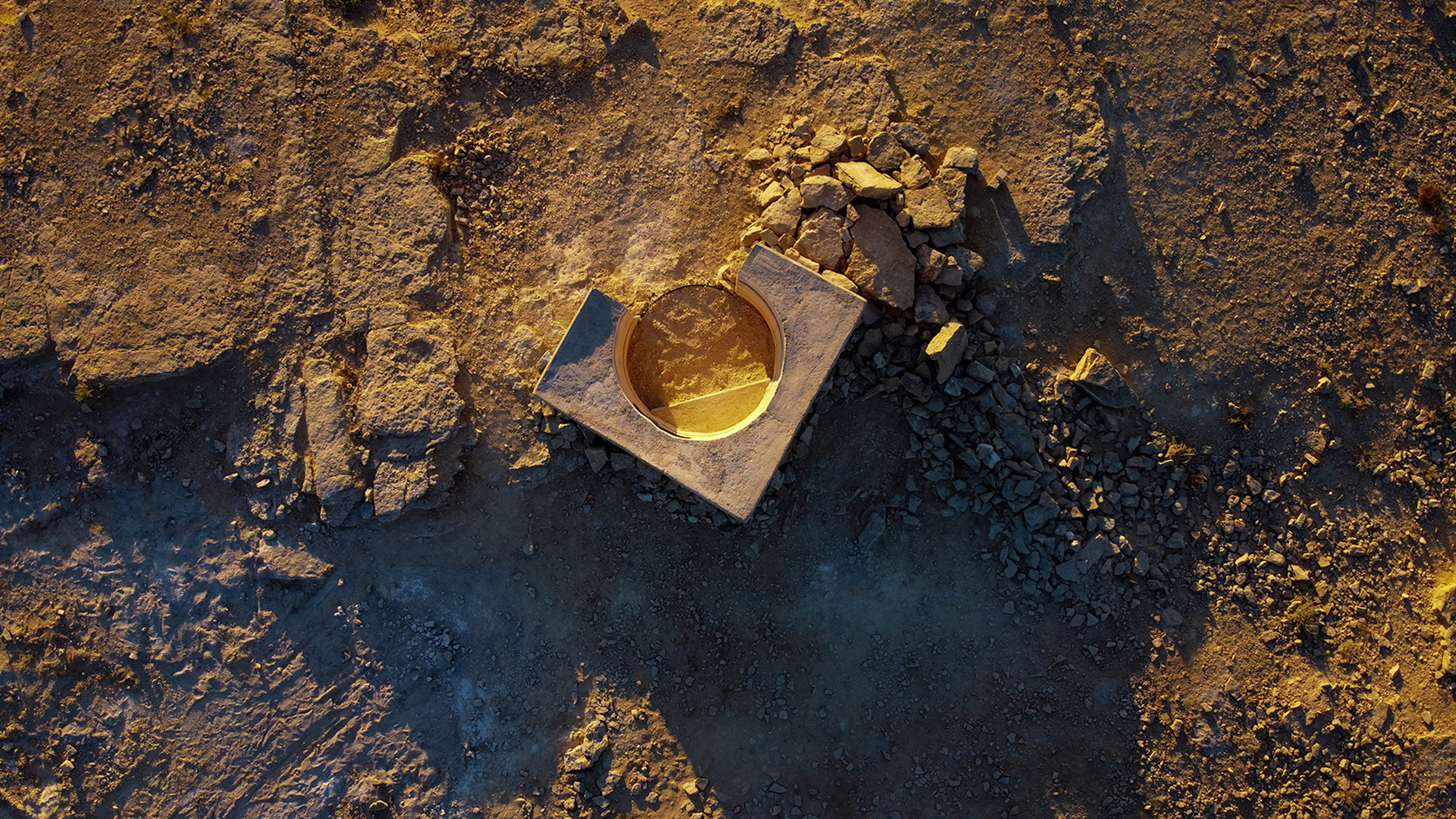 It has no roof but is instead open to the desert air to give visitors a view of the night sky framed by its pressed-earth walls.

The studio described Landroom as “a minimal environmental structure designed on the verge between territory and a landscape object.” 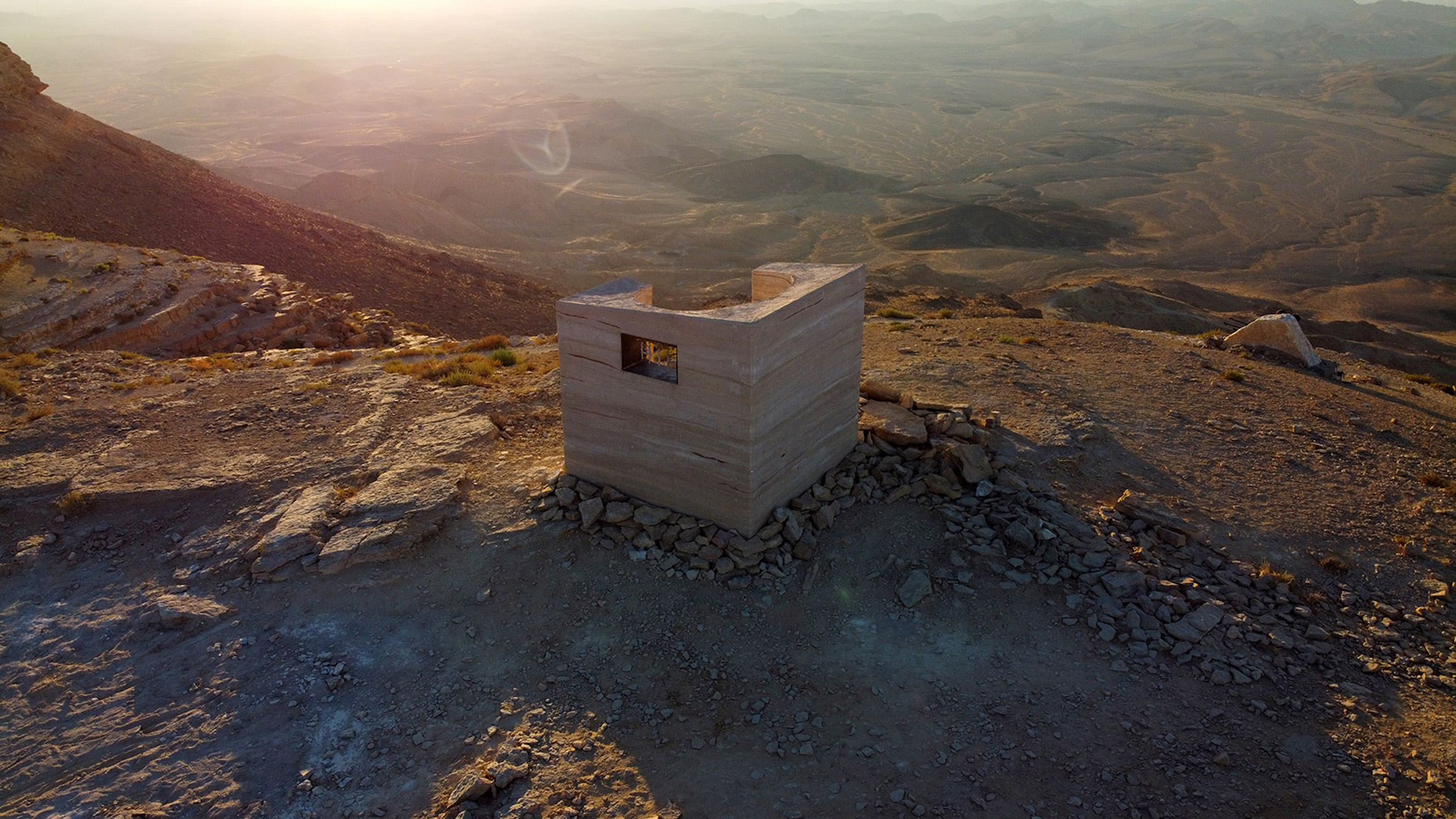 “It is a microtopography design process,” he told Dezeen. “The technique of the rammed earth construction consists of excavating the local earth and ramming it into designed moulds in order to shape the walls.” 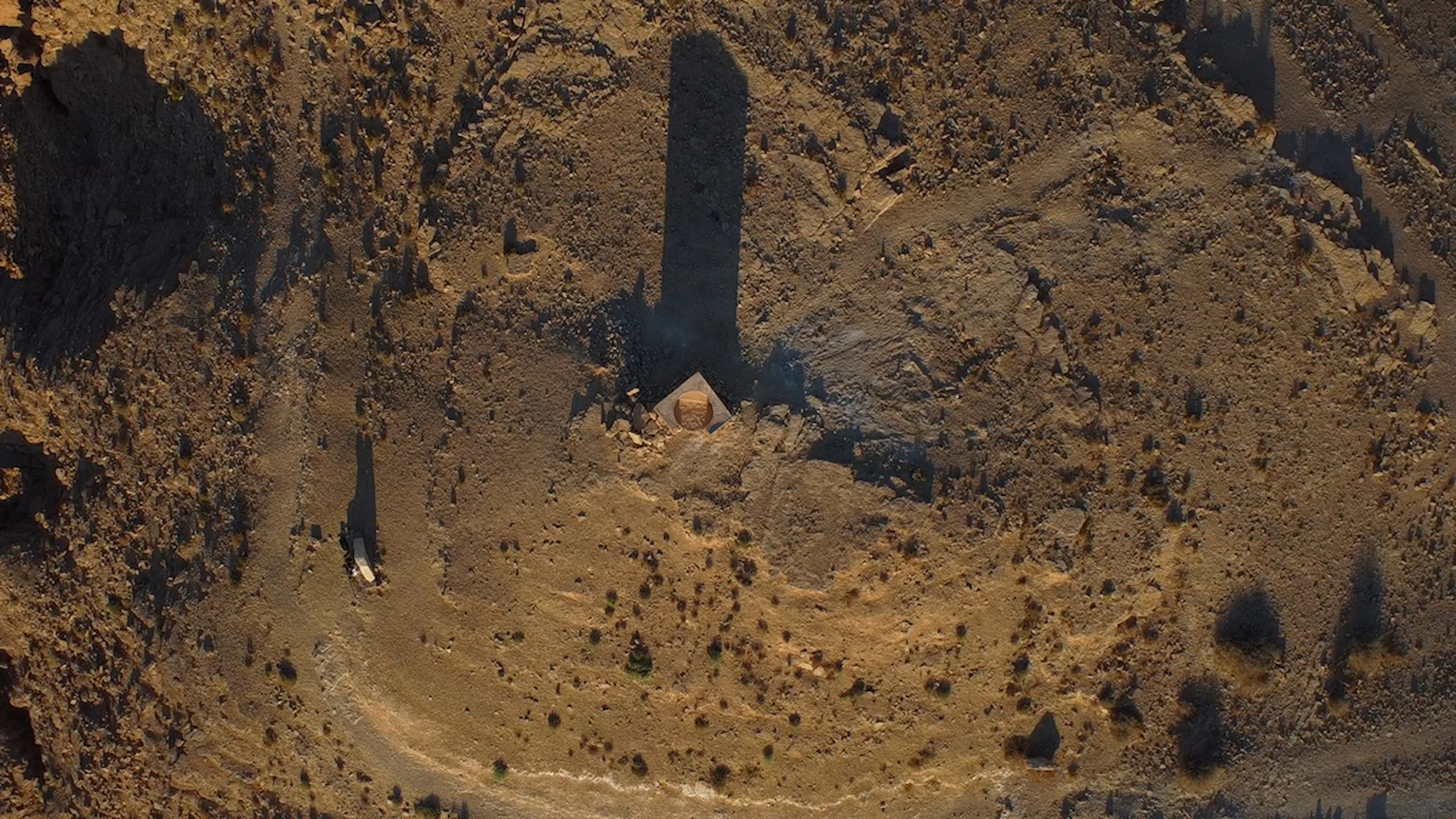 The architect had previously used the technique for his Earth Memorial project, which he said is the only memorial in the world made from earth, and finds it very durable.

“The compiled layers of earth contain natural minerals and their molecules only get stronger with time,” he said. “Many sections of the Great Wall of China were built in this way.” 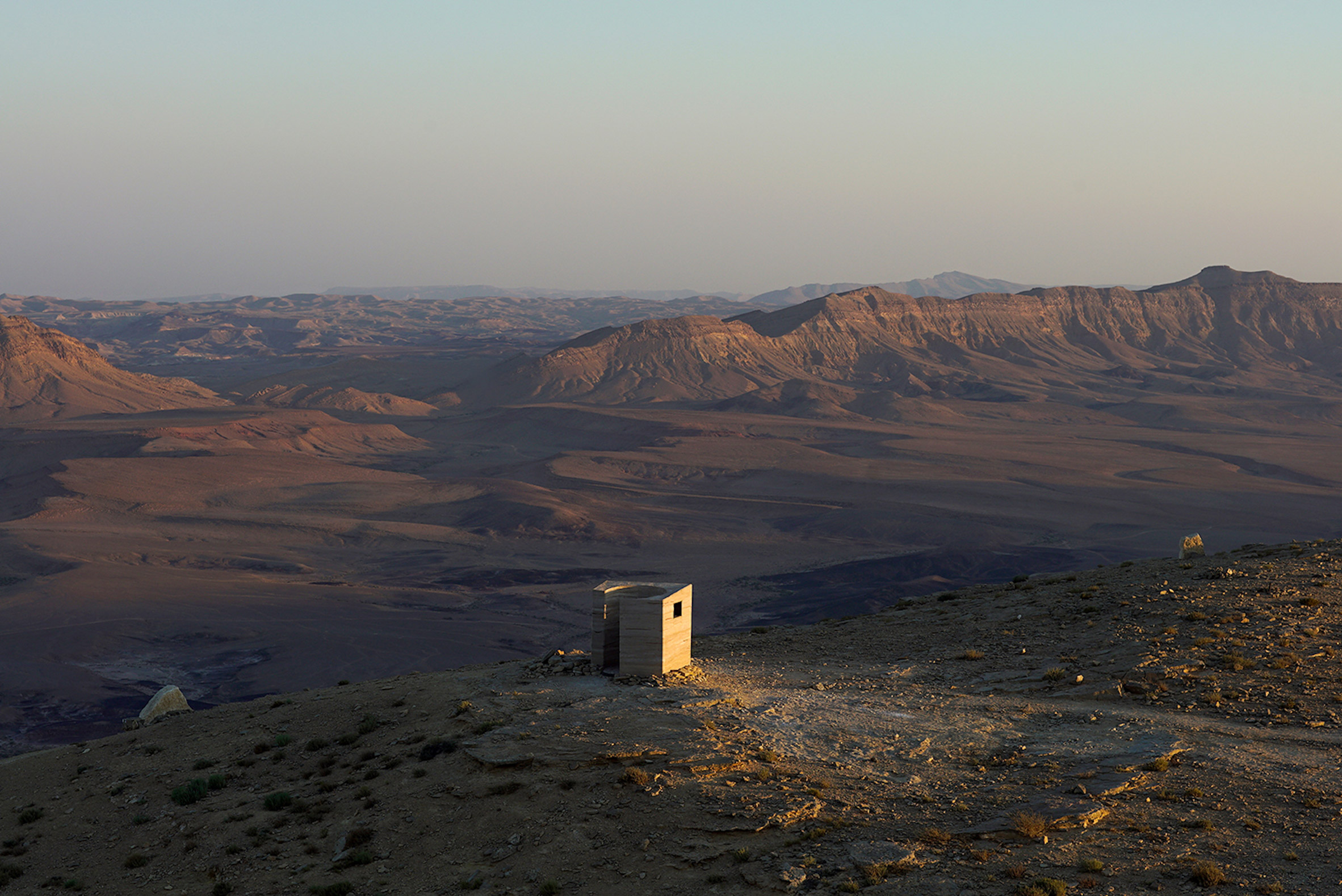 The project was commissioned by the Mitzpe Ramon municipality, and the studio is currently also developing a large capsule hotel “in the same architectural spirit” for the municipality, Gitai said.

“The local community now see it as an example of how to build in the area,” he added. 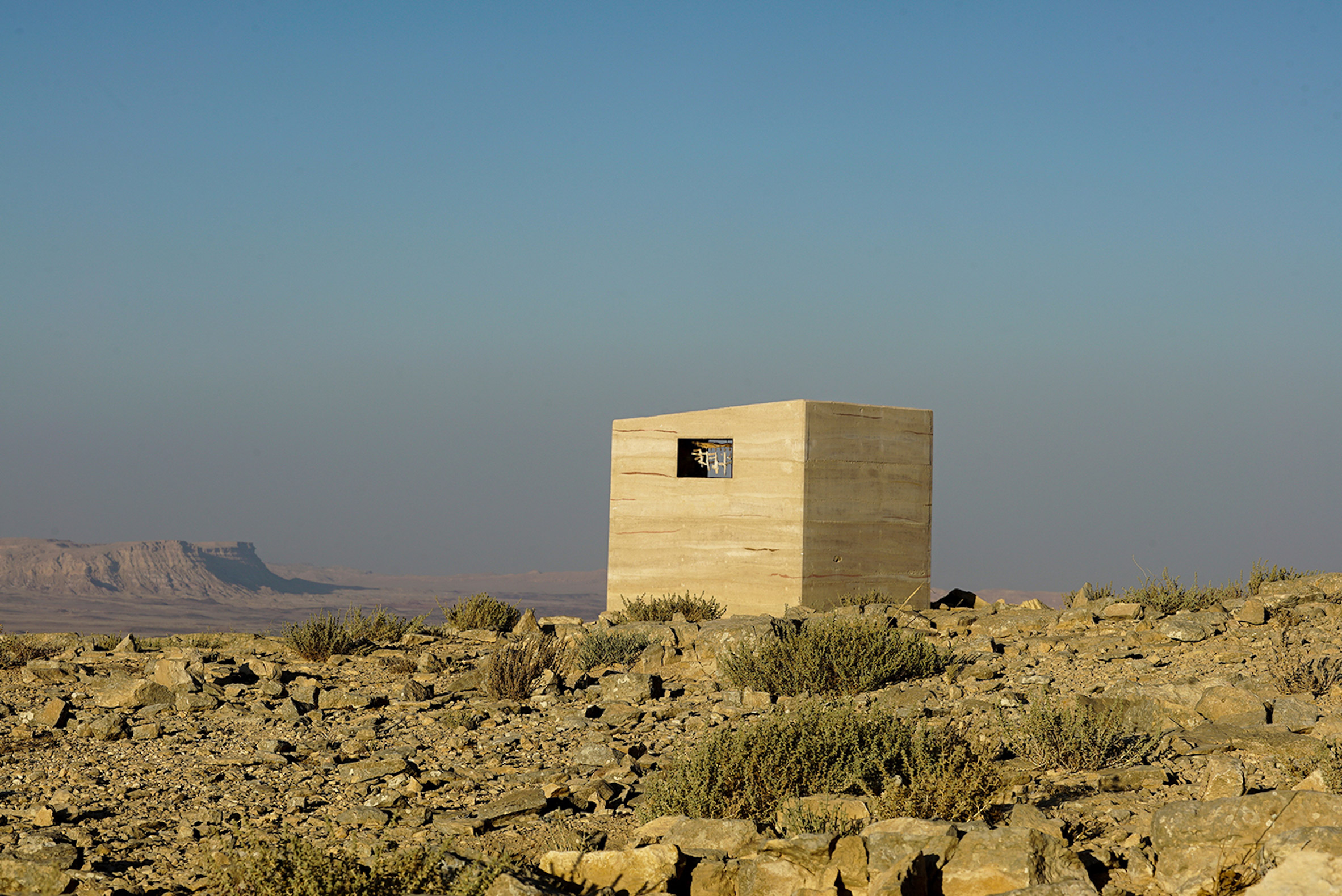 Landroom was inspired by Esther, Gitai’s newborn daughter, whom he wanted to show the importance of looking up to the sky for inspiration.

“Landroom is a call to our ancient instinct to look up to the stars for guidance,” Gitai said. “Inspired by Esther, the queen of the stars, this project is an ode to the spirit, to creation and to freedom.”

The project will also be shown as part of the Time Space Existence exhibition organised by the European Cultural Centre at the Venice Architecture Biennale 2021.

Gitai Architects was founded in 2014 and has offices in Paris and Haifa.

Photography is by Dan Bronfeld.