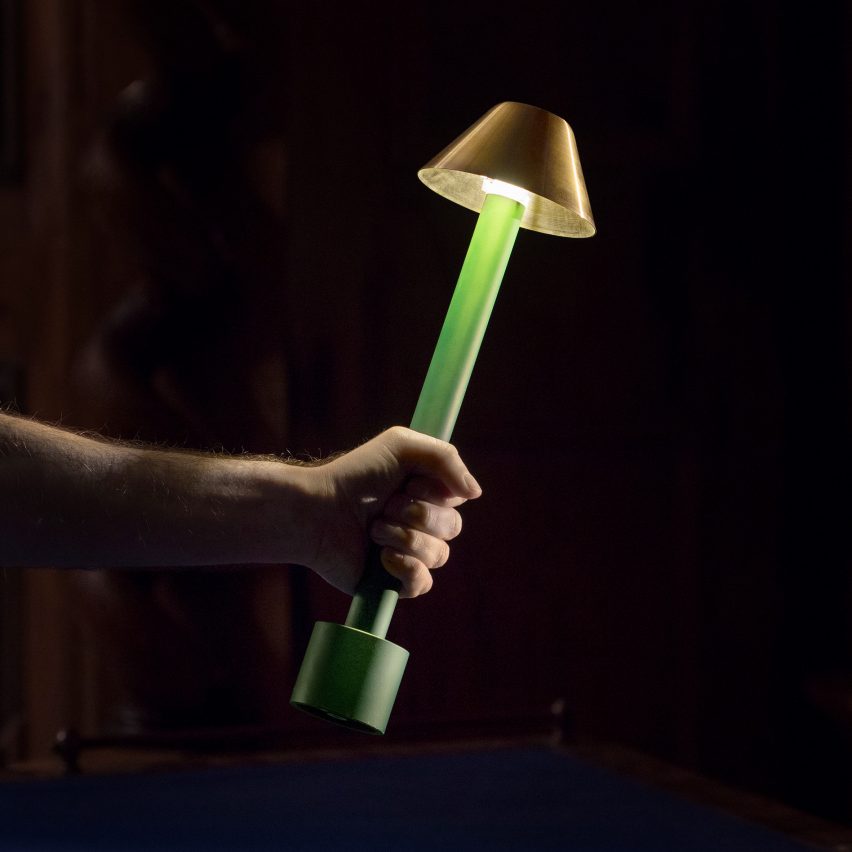 The Off-Grid Lamp developed by designer Klemens Schillinger needs to be charged up through physical effort, in a bid to help users reassess their relationship to electricity.

It was developed as part of the designer’s residency at Schloss Hollenegg, a castle in the Austrian countryside that offers young designers a space for exhibitions and workshops.

Due to its secluded location, several of its rooms are not connected to the electricity grid, leading Schillinger to conceptualise a light that has to be charged manually using a crank generator. 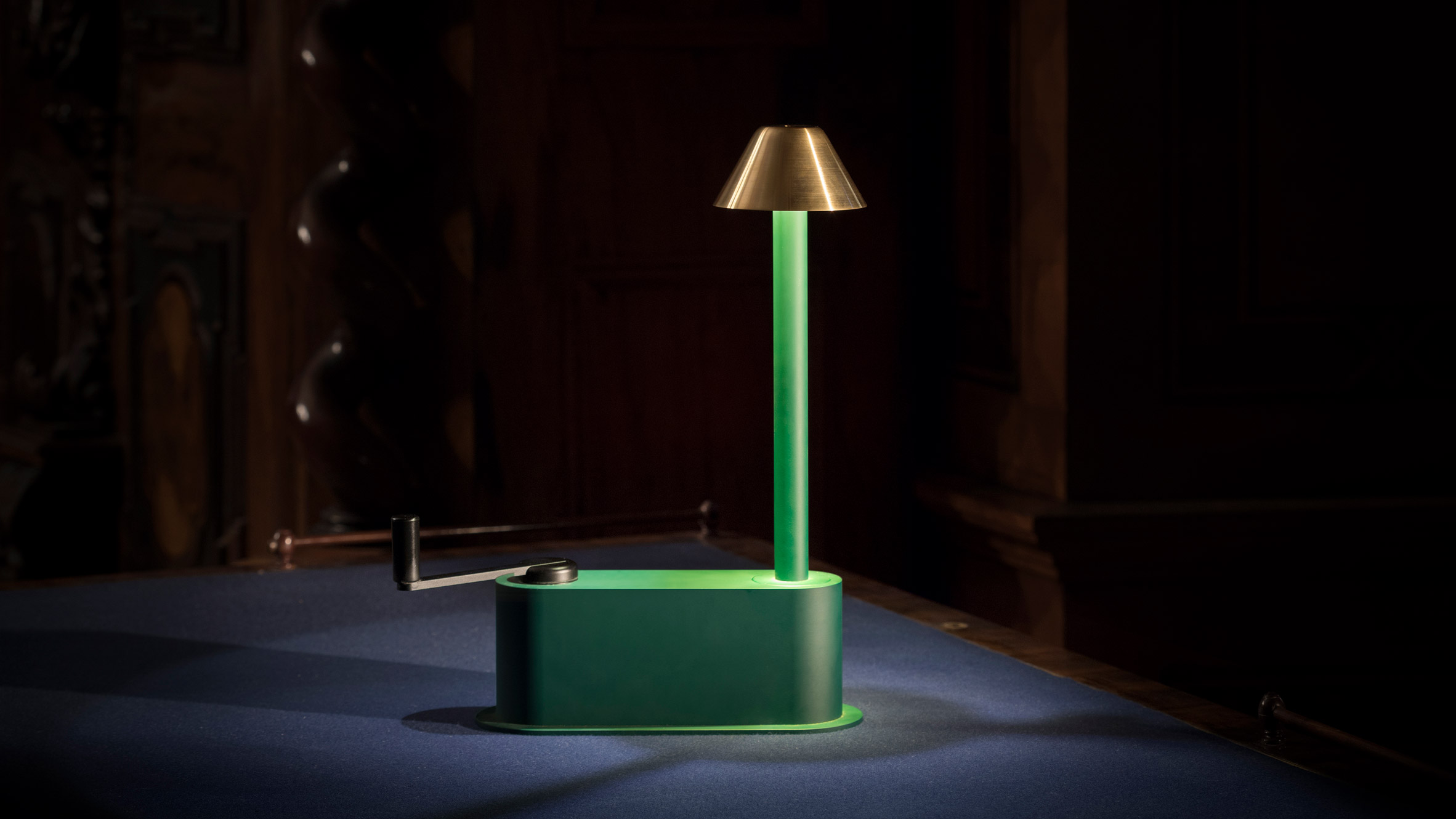 The lamp consists of brass shade and a deep green, milled aluminium body, which can be docked into the matching, wall-mounted or tabletop charging stations that are strewn across the castle.

Cranking up the generator charges the small battery that is integrated into the stem. One minute of cranking is able to power its LEDs for more than six minutes. 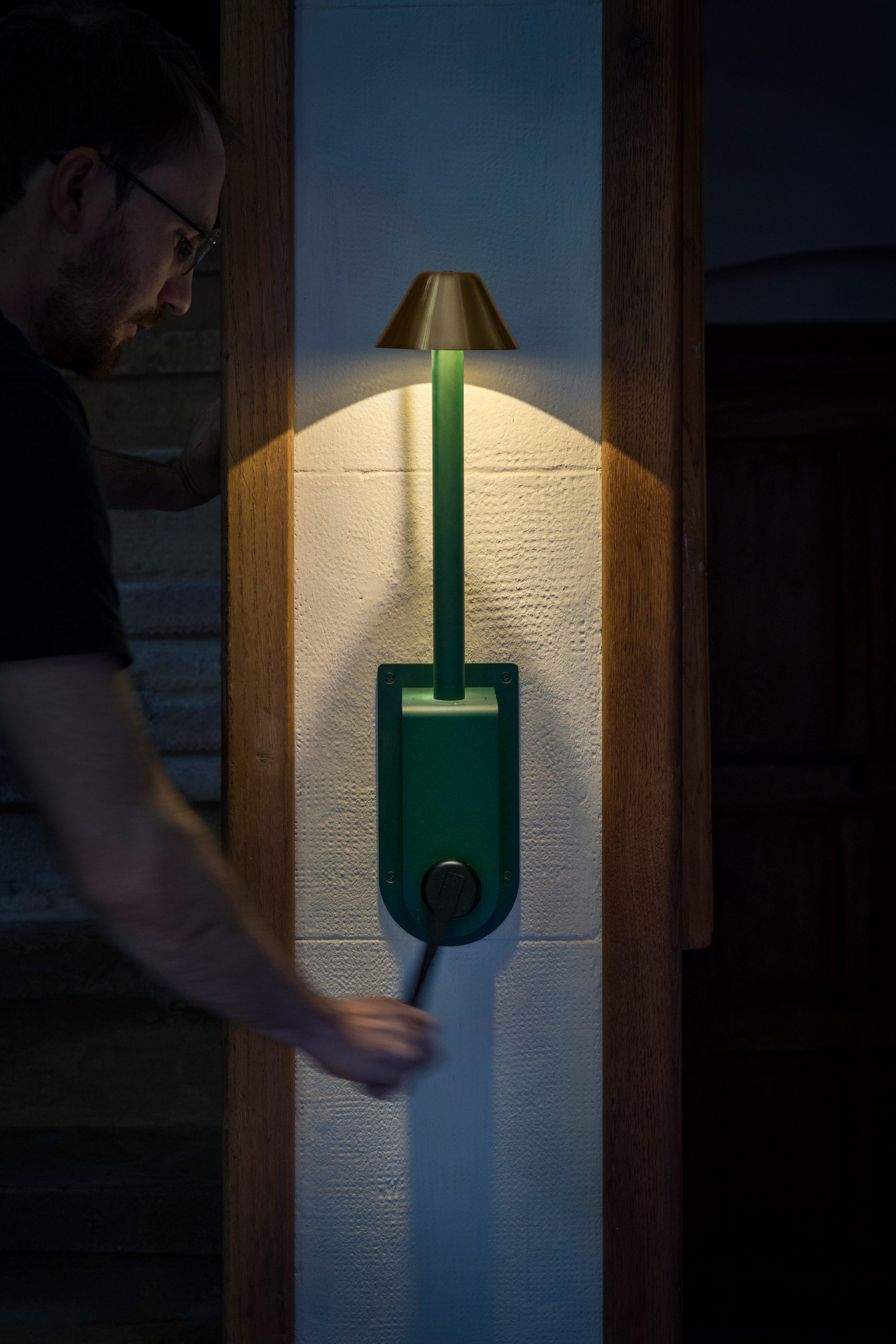 Removing the lamp from its charging dock transforms it into a portable torch.

“As the lamp was conceived during my residency at Schloss Hollenegg, I drew inspiration from the medieval torches and sconces that were used to move through the castle at night,” Schillinger told Dezeen.

“I tried to create a lamp that can work as a torch but also can stand on its own, so it has a heavy base.”

Beyond responding to the practical constraints of the castle, Schillinger hopes that the design is able to help users consider how much they take electricity for granted.

“I think we are often not aware of how much energy it takes for certain machines to work,” he explained.

“The Off-Grid Lamp offers a nice way to understand how much energy needs to be created to produce a few minutes of light and therefore might make us consider our energy consumption.” 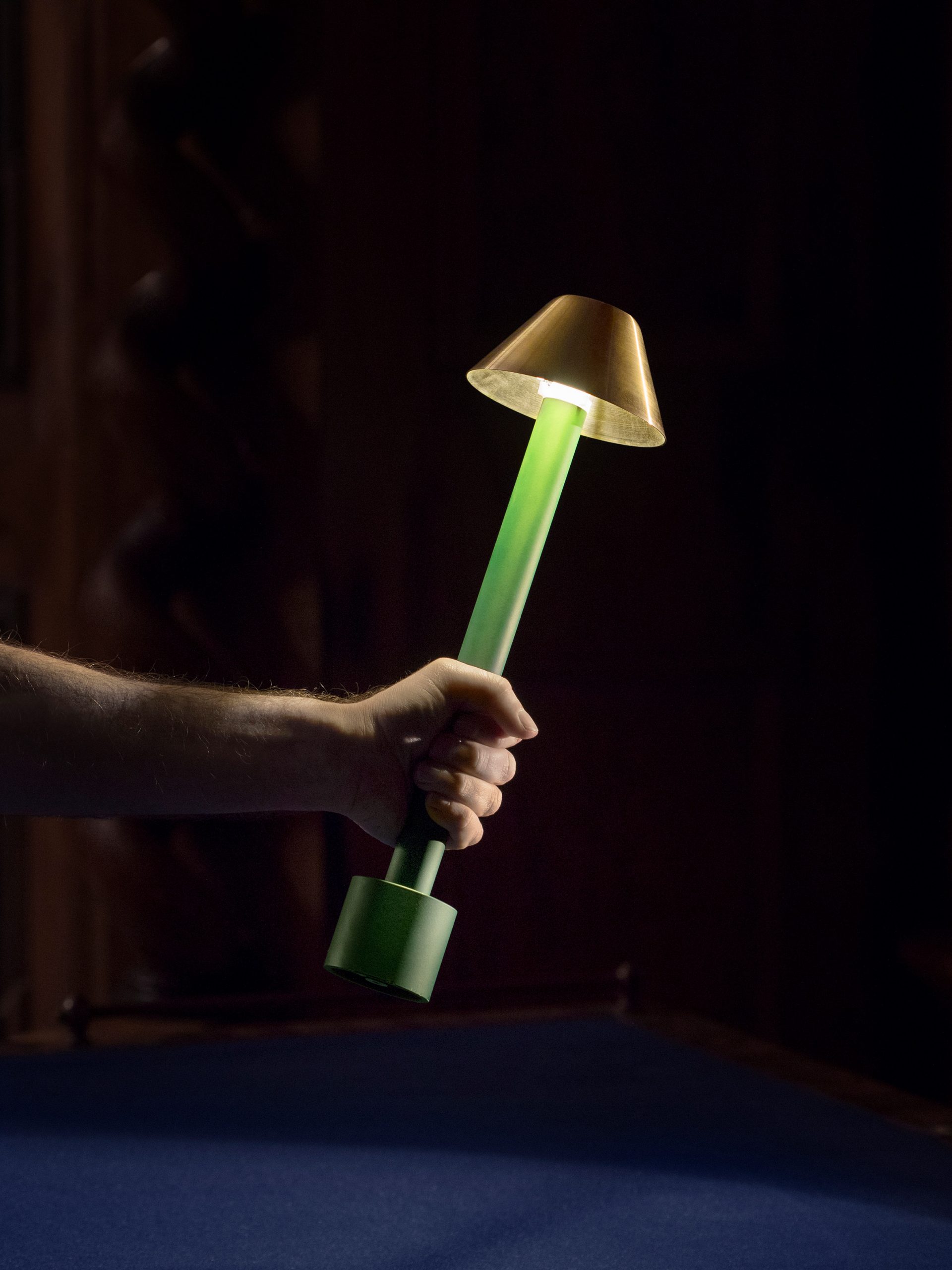 The project was recently longlisted for a Dezeen Award in the lighting design category, with shortlists set to be announced at the start of September.

Since graduating from the Royal College of Art, Schillinger has worked with brands including Swedish furniture brand Hem and Danish textile company Kvadrat. 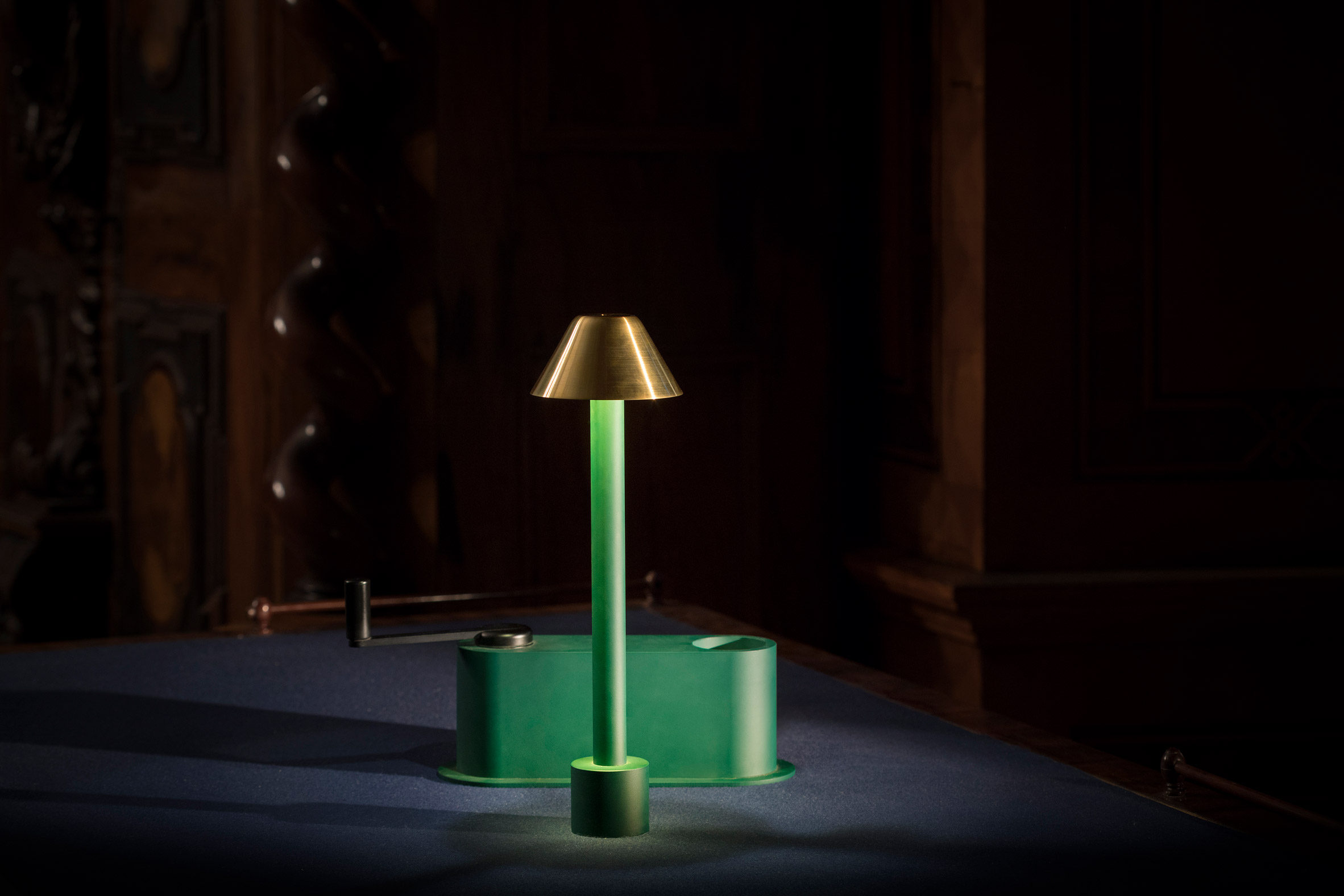 Several of his projects hope to help their users develop a healthier relationship to technology, including a lamp that only lights up when the user surrenders their smartphone and a therapeutic Substitute Phone.

The video and images are courtesy of Leonhard Hilzensauer.