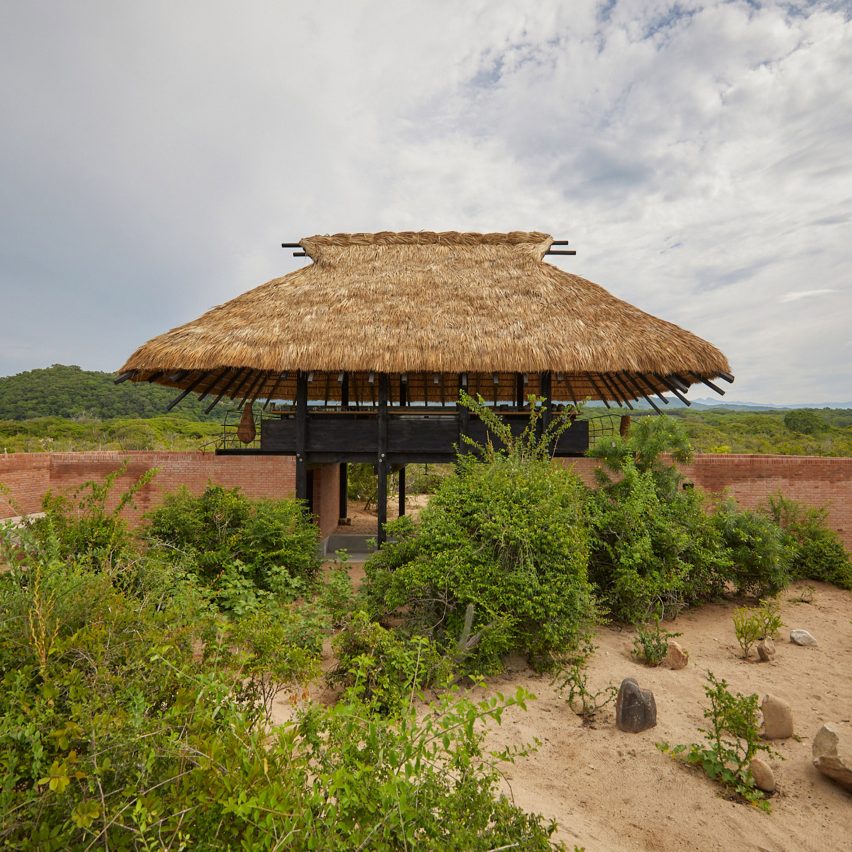 A fusion of Japanese and Mexican architectural techniques feature in this restaurant on Mexico’s Pacific Ocean, designed by TAX Architects for Hotel Escondido.

Called Kakurega Omakase, the restaurant is for Hotel Escondido near the lively Mexican port town of Puerto Escondido that is famous for surfing. Based in Mexico City, TAX Architects created the architecture of the hotel’s restaurant to feature a combination of Mexican and Japanese designs. 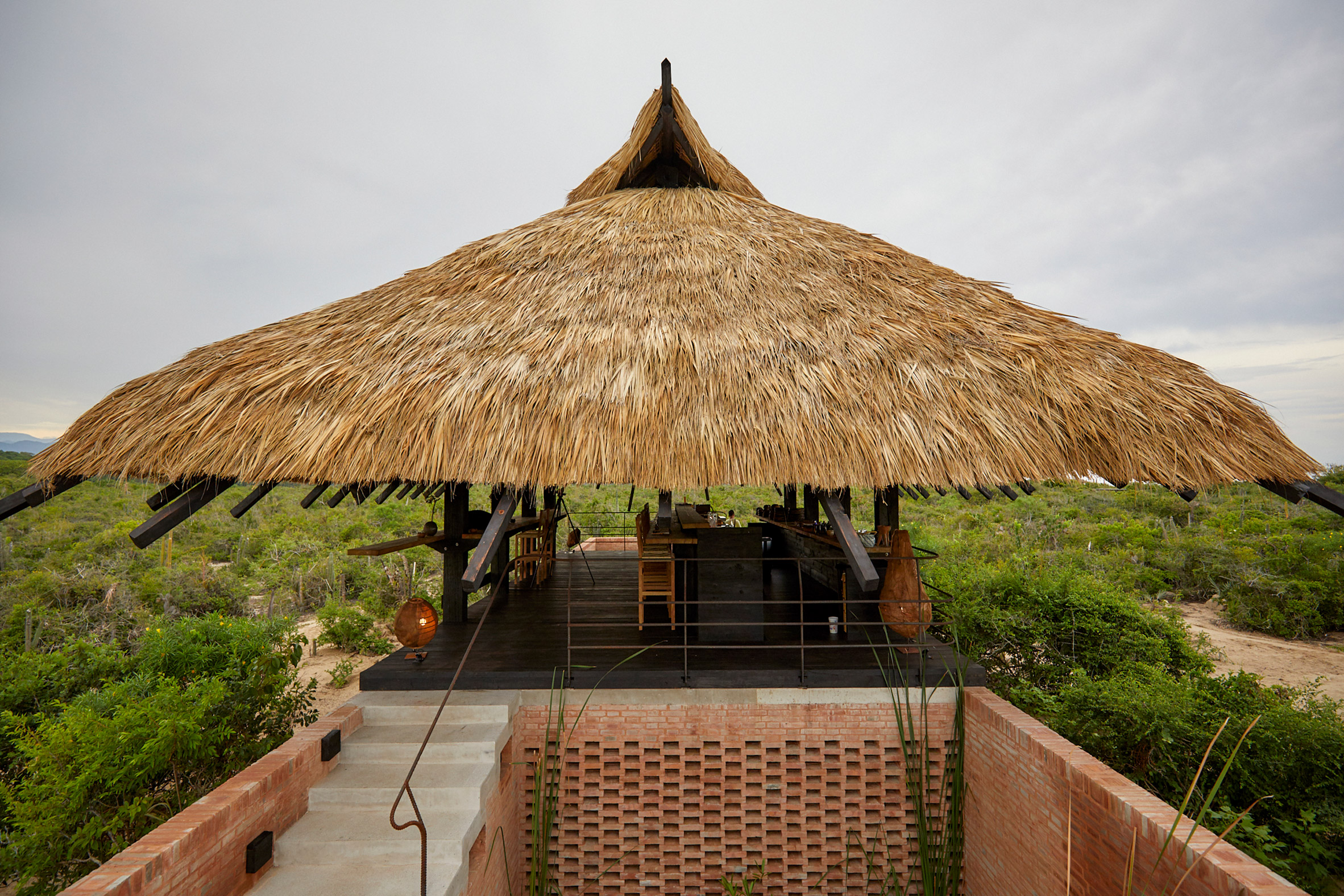 Kakurega means hideout or refuge in Japanese and is similar to the Spanish word escondido, after which the hotel is named, that means hidden. 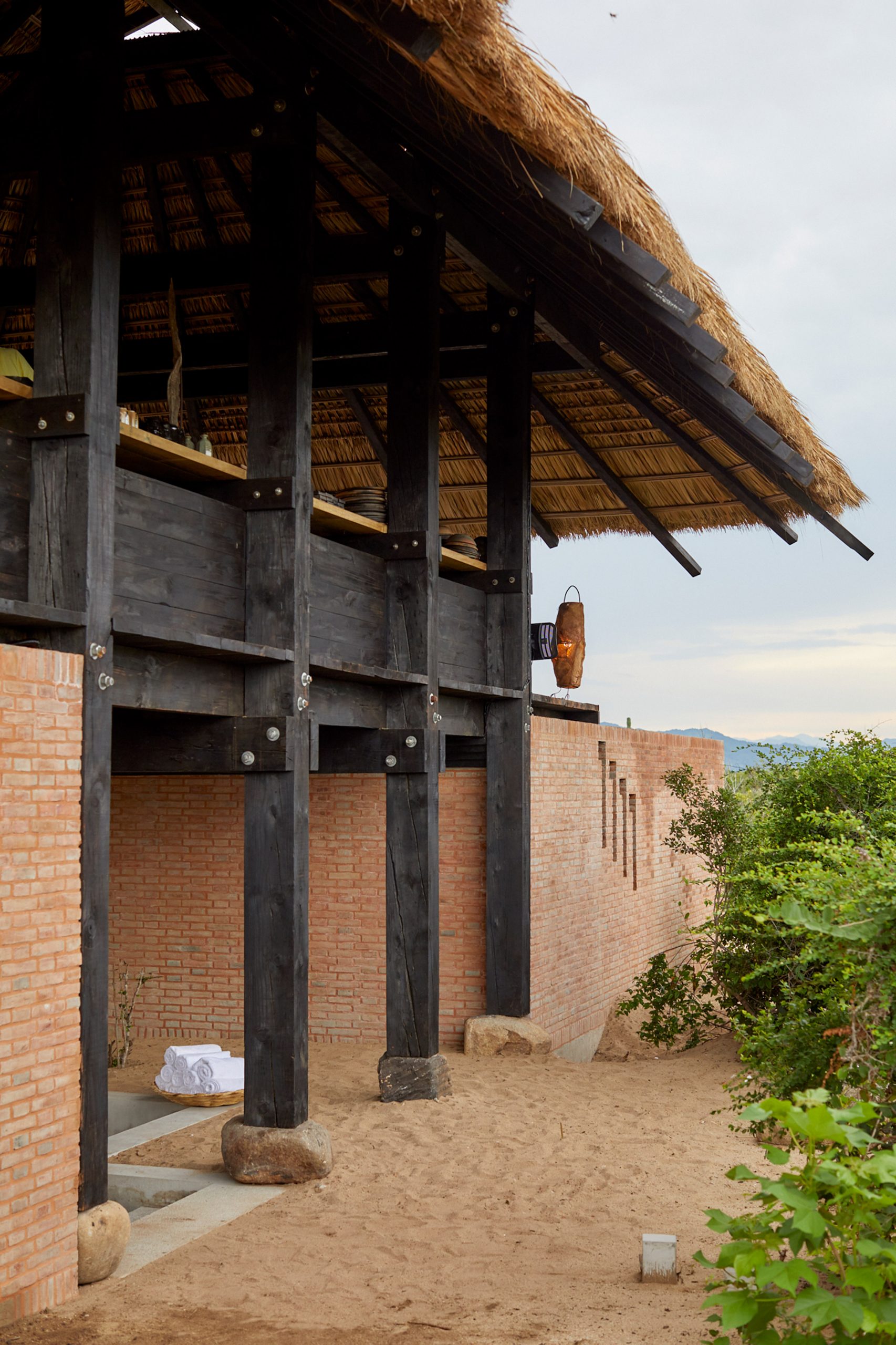 Known as palapa, this structure is a traditional construction method in the Oaxacan region comprising layers of palm branches on a wood frame.

Other contemporary projects that feature palapa include Monte Uzulu boutique hotel and Tadao Ando’s Casa Wabi artist retreat, both of which are nearby. 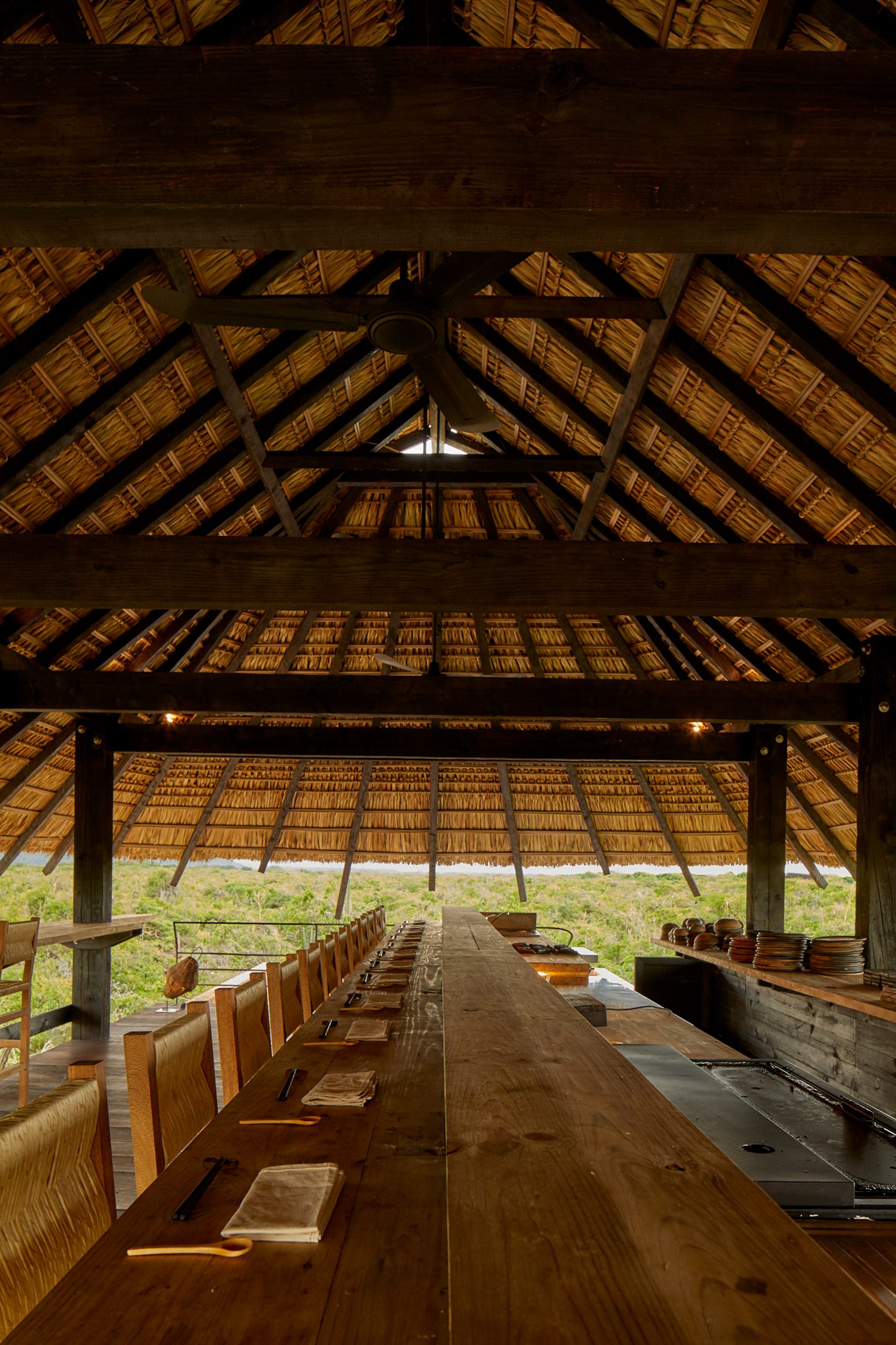 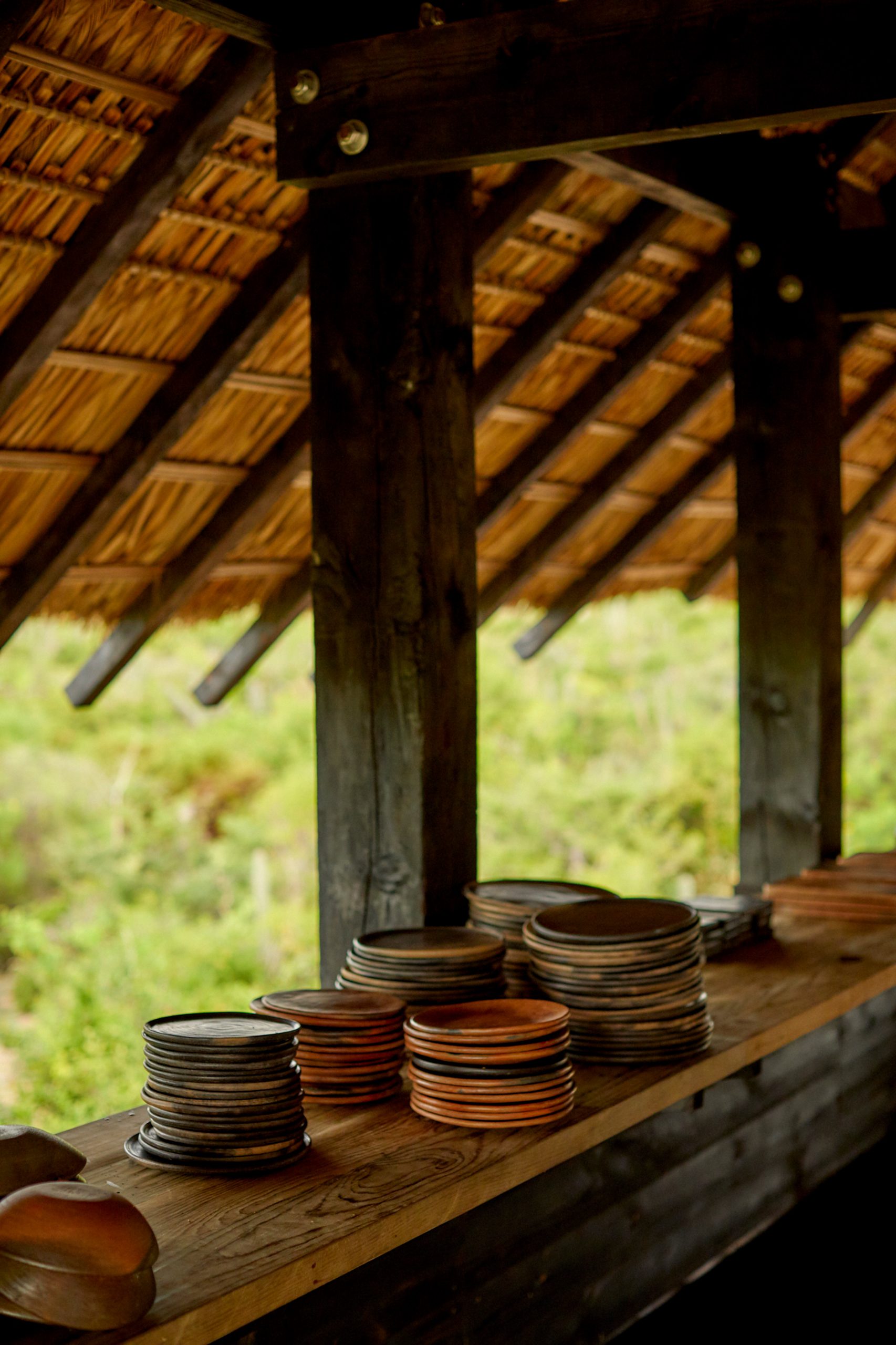 The restaurant is two levels and features bricks walls on the ground level made from reddish clay sourced and fired locally. The walls create private enclosures with concrete floors built lower into the ground and have plantings, a reflection pool, areas to sit and a covered space to prepare foods.

Two outdoor concrete staircases on opposite sides lead to the dining area of the restaurant on the first storey. 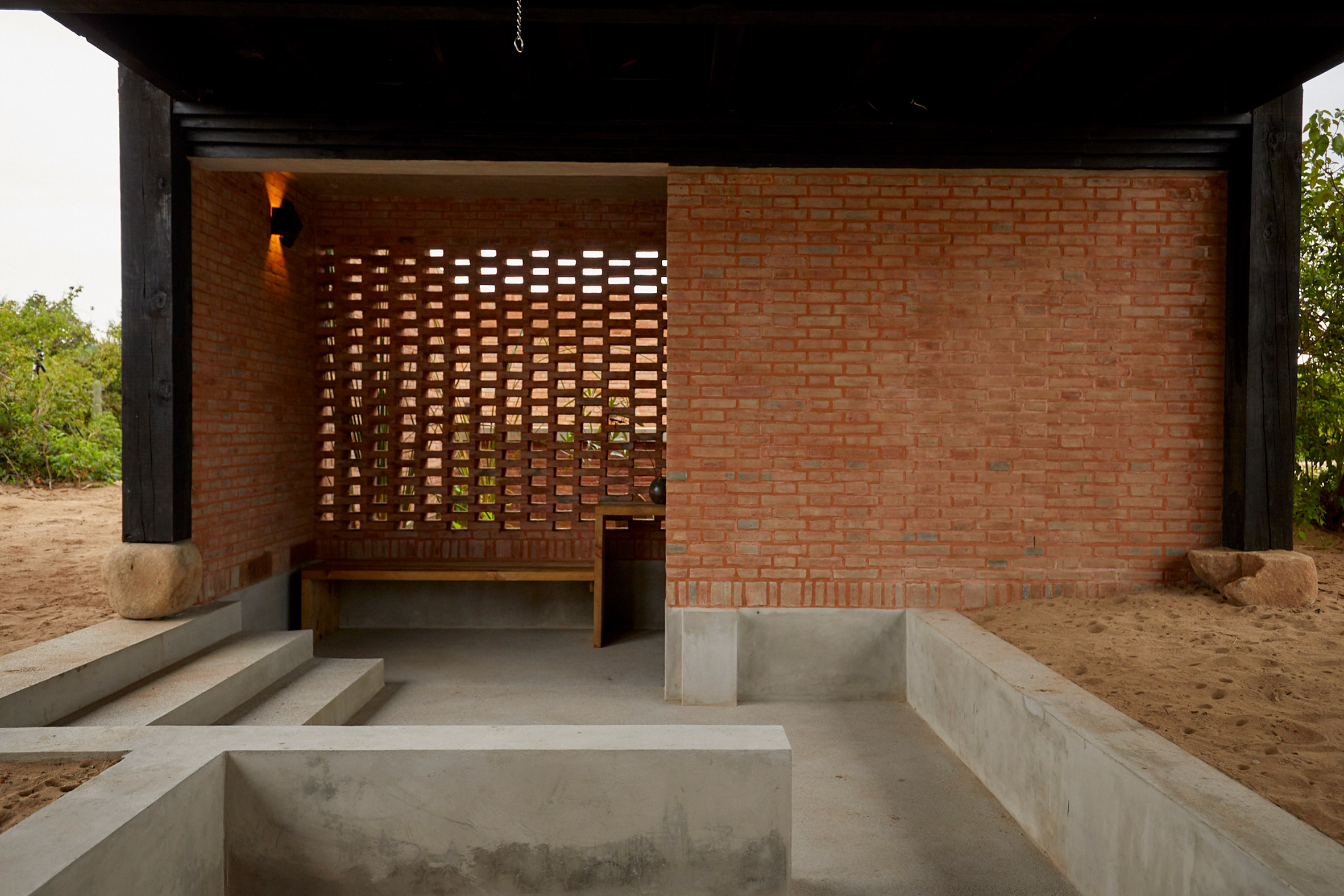 Lacking walls and windows, the open-air design allows the ocean breeze to cool the space naturally. Instead, the eating area is enclosed by thin metal railings that wrap around the perimeter and connect to the blackened pillars.

A long bar is in the middle of the dining space and is a where Japanese food is prepared in the omakase tradition, meaning the chef selects for the customers a series of dishes to be enjoyed. 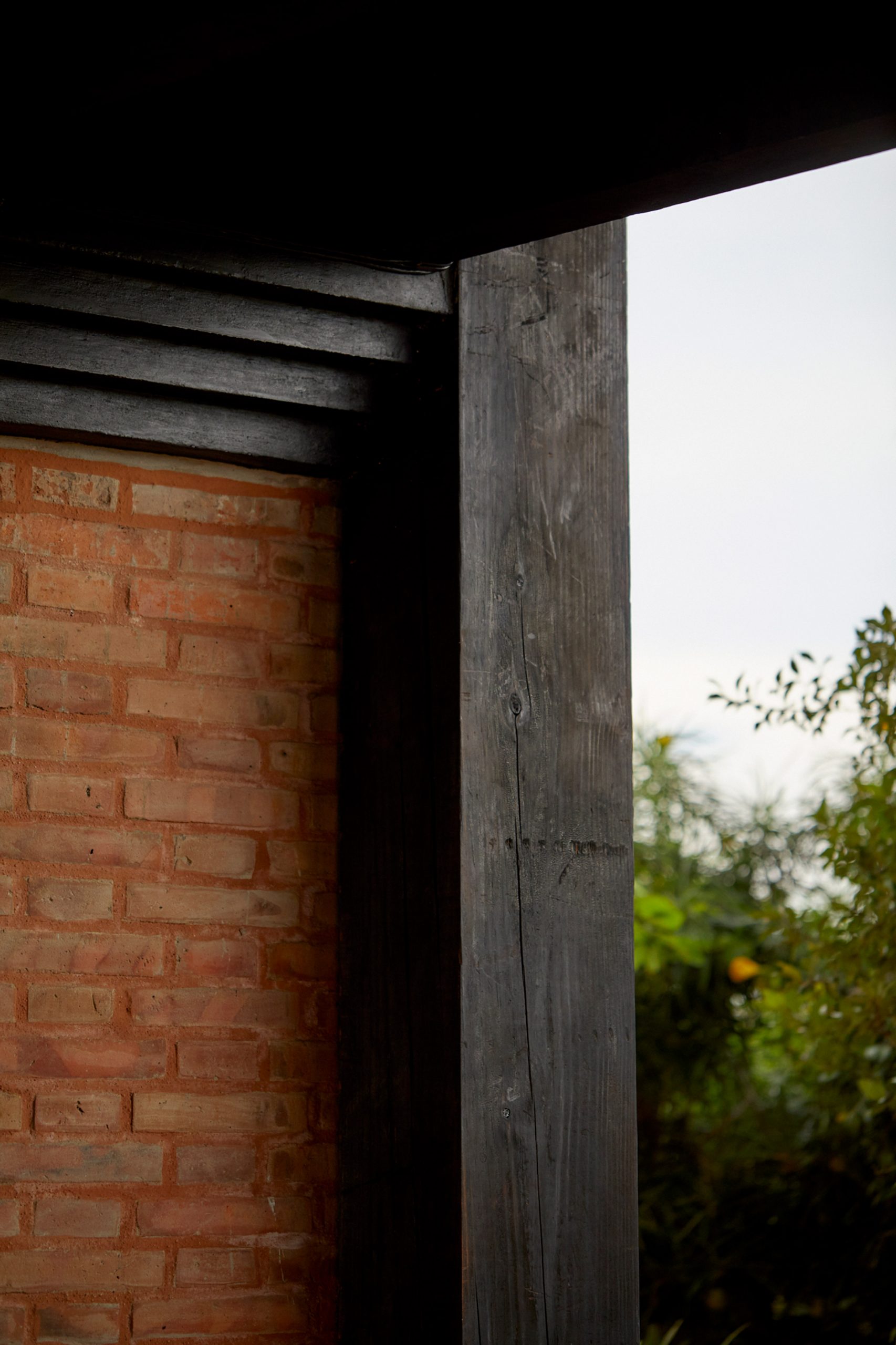 A series of wood bar stools with woven backs and seats complete the decor, alongside ceramic bowls and plates and woven light fixtures.

Kakurega Omakase is a collaboration between TAX Architects with local artist Bosco Sodi and photographer Luis Urrutia. The interior design was by Lucía Corredor and Ceci Tena, founders of Mexico City antique furniture store Década, and can accommodate 12 people. 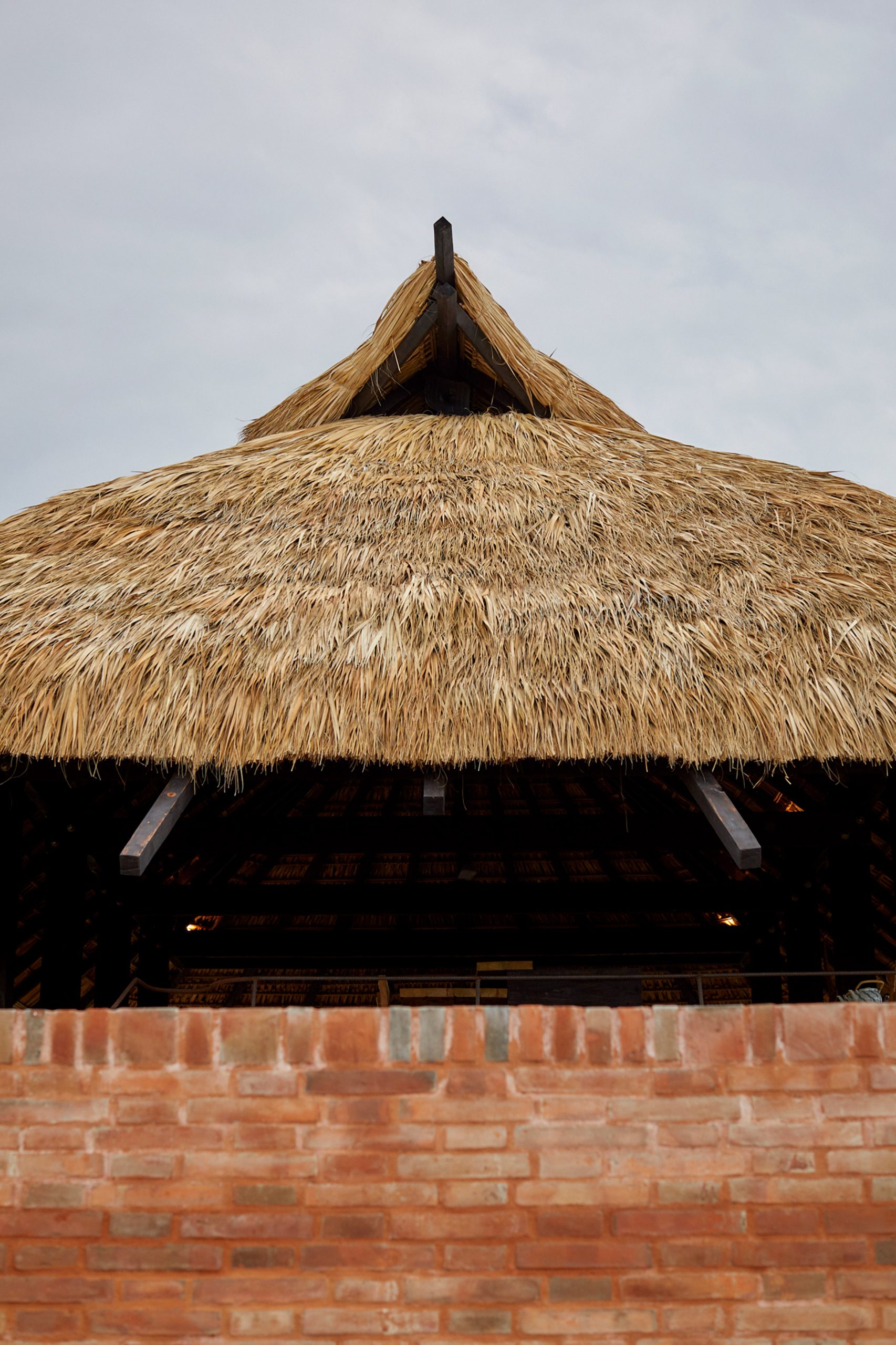 In addition to this restaurant, Kalach has also designed a brick chimney at Casa Wabi artists retreat in the coastal region, which accompanies a pottery pavilion designed by Portuguese architect Álvaro Siza.

Photography is by Sergio Lopez.