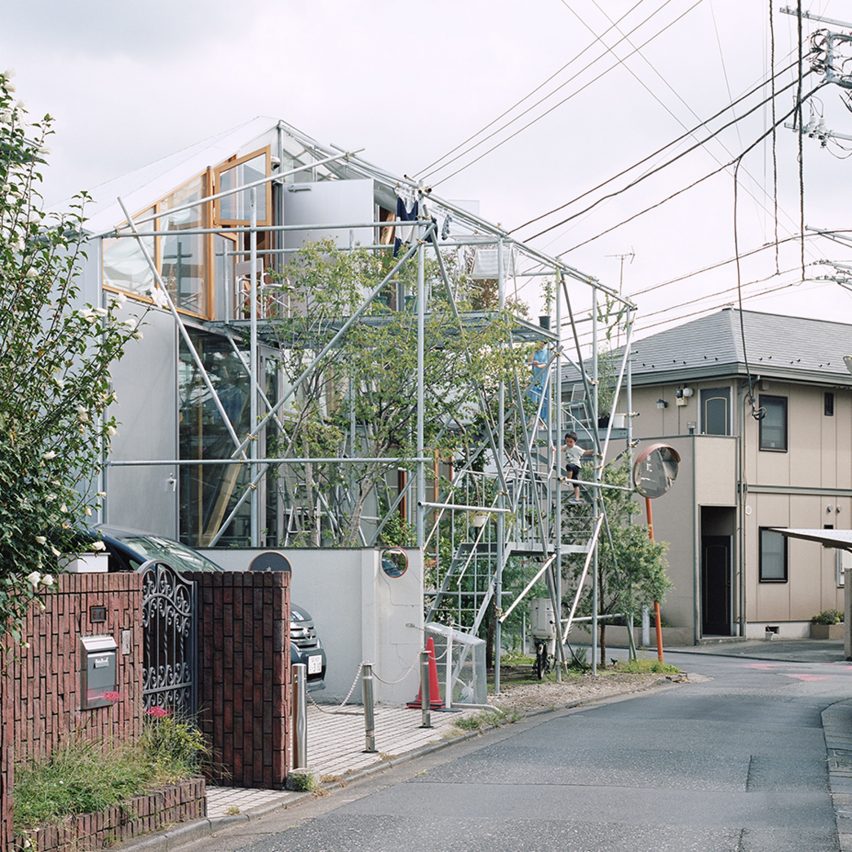 In this week’s comments update, readers are critiquing a Japanese home designed by Suzuko Yamada and sharing their views on other top stories.

A house in Tokyo has caused a stir thanks to a scaffold of steel pipes and platforms, which connect the house to its garden and can be adapted according to the owner’s needs.

Yamada designed the three-storey house and its gabled roof to be entirely clad in sheets of corrugated metal, apart from the front facing side.

Some readers are not impressed. “The architectural equivalent of a rich hipster dressing like they’re poor,” said Wilson MK.

Paul Bateman agreed: “What a visual blight on the neighbourhood. Forever a building site.”

“Love the playfulness of this house and could imagine the occupants having a lot of fun with the building over the years,” said Reg on the other hand. “I can appreciate that this piece of reconfigurable architecture would certainly not be to everyone’s taste, however I can’t help but admire it.”

Are you a fan of the reconfigurable house? Join the discussion ›

“People were doing things like this in the 1980s” says reader

Readers are discussing Buro Happold’s director of sustainability Maria Smith’s declaration that she has made herself carbon neutral. Smith has gone vegan and stopped flying.

“A lot of people were doing things like this in the 1980s,” said Bras Cubas. “Hitchhiking, eating muesli, no kids, building passive houses, second-hand clothes, using furniture found in the street. Here we are 40 years later and nothing new to tell.”

“Choosing not to have kids to reduce your carbon footprint?” continued Heywood Floyd. “That’s the beginning of the end right there.”

E§7Jack was more positive: “What do these comments prove? That working from home makes people really grumpy, perhaps. For a lot of people this article is inspirational and will help people change their own behaviours for the better.”

Are you motivated to try and be carbon neutral? Join the discussion ›

Despite abandoning her architecture studies to become a model and then marry Donald Trump, Melania Trump is demonstrably still interested in design. We rounded-up four times the first lady hit the headlines, most recently with her redesign of the White House’s Rose Garden, sparking reader debate.

“She only made headlines because she is the first lady,” said Chris. “The projects associated with her are banal at best and not worth discussion.”

Flying Saucer disagreed: “If this was Michelle Obama’s work it would be on the cover of the NYT Style Mag complete with fawning accolades. The hatred for this woman is palpable.”

“I have no hate for Melania,” added Erich Trumpelstiltskin. “She’s done what most architecture students and practicing architects want – to quit architecture and marry into wealth instead.”

Are you a fan of Trump’s designs? Join the discussion ›

“Please get these materials into commercial construction” says reader

Waste seashells salvaged from the seafood and aquaculture industries have been ground down and bound to create a sustainable material that resembles concrete, dividing readers.

“Please get these materials into commercial construction ASAP,” said Rustbeltbrett. “Even if only as a cladding material.”

“Had that idea years ago,” added Troy Smith Studio. “Glad to see someone is doing it. Think of the endless shells of oysters alone. The banks of Manhattan are built on them in places.”

“Why do we need this?” asked Takki, who was less keen. “Surely this waste product decomposes without any issues to the environment.”

What do you think of the material Sea Stone? Join the discussion ›