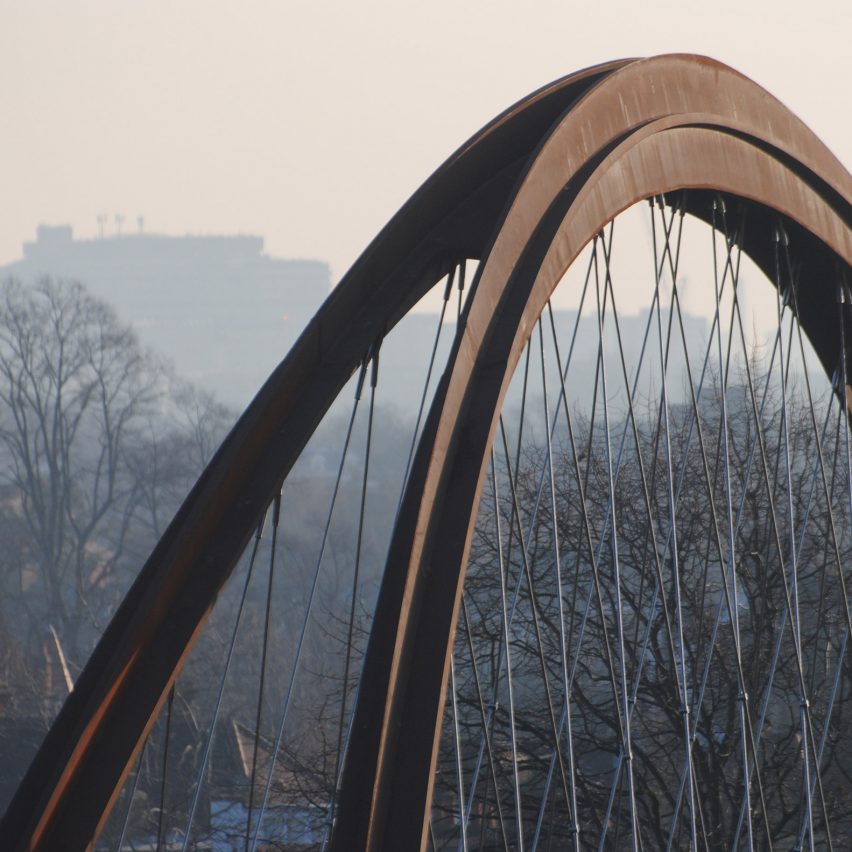 London-based Useful Studio has connected a tube station to a business park in Chiswick, west London, with a pedestrian bridge made from weathering steel.

Named Chiswick Park Footbridge, the pedestrian bridge forms part of a route between a London Underground station and the Chiswick Business Park.

“The bridge is designed to enable better connectivity and a safe enjoyable journey between the business park and the wider community along with access to the transport network and Chiswick Tube Station,” explained Catherine Ramsden founding director of Useful Studio. 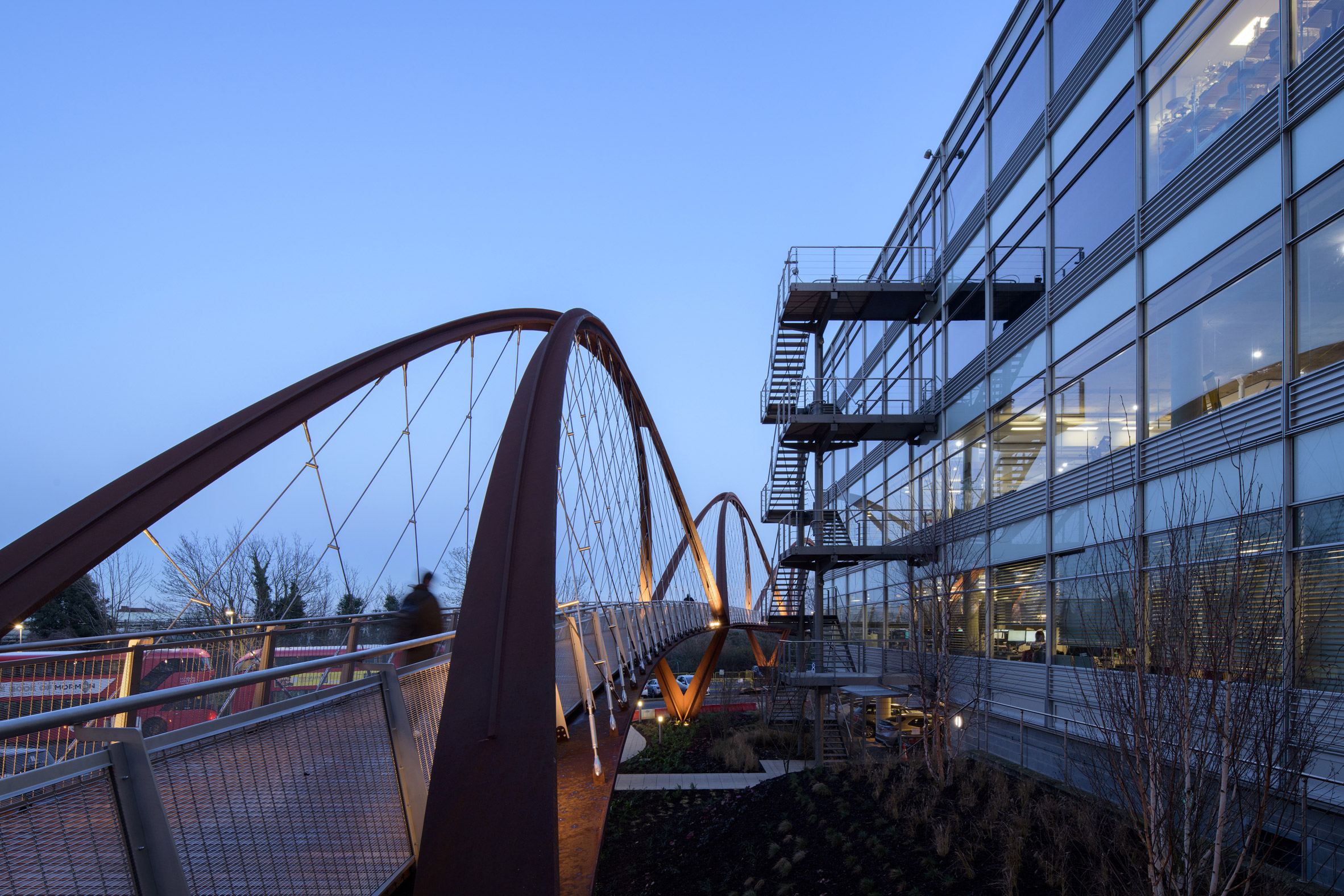 The bridge was built from three weathering steel arches that increase in height from west to east as the spans grow. This means that the path curves around an existing building, creating the most efficient route.

Useful Studio chose the material due to its durable nature as the bridge’s location over train lines means that any maintenance needed would be costly. The studio aimed to create a “zero maintenance” bridge. 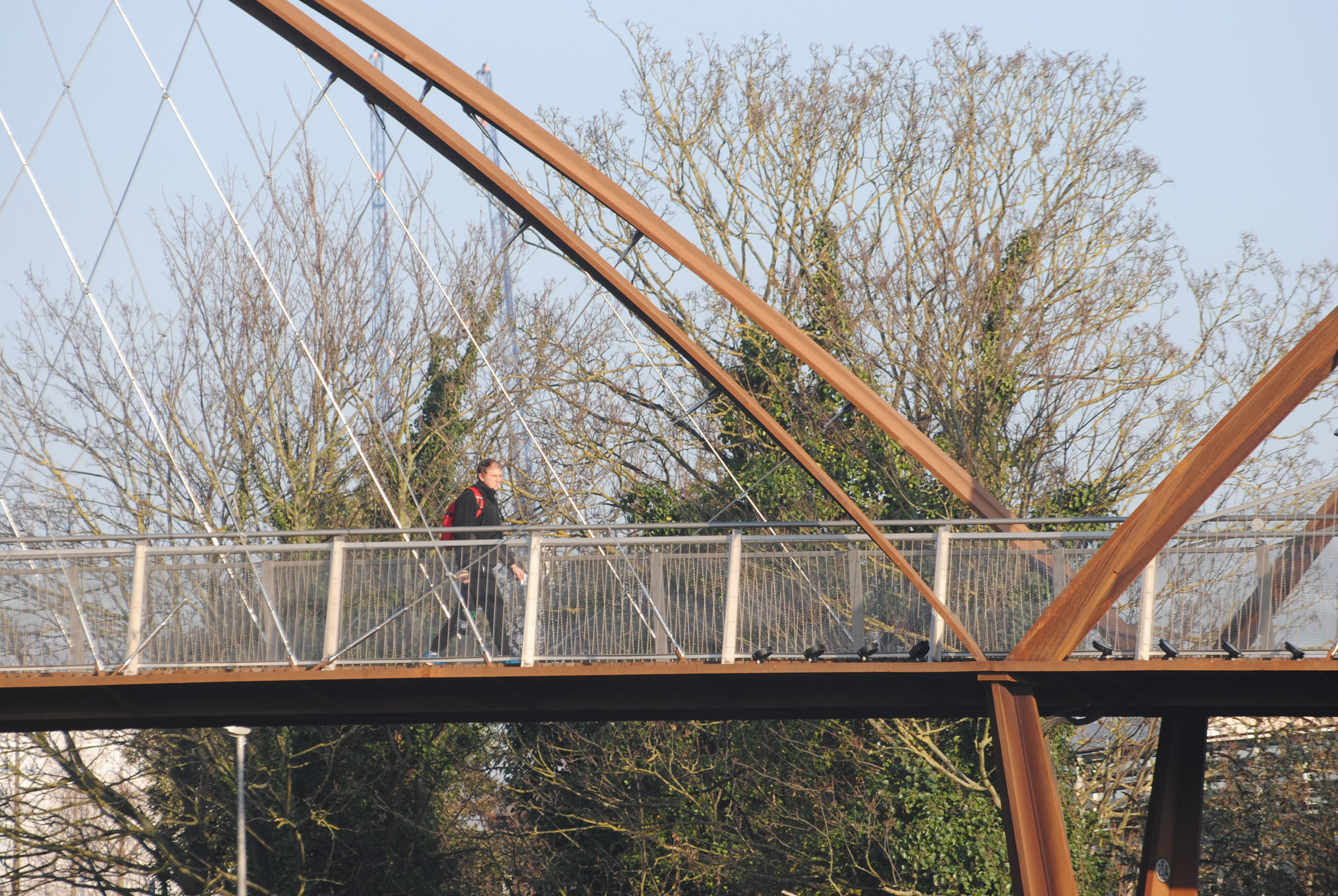 “Bridges typically have a 120-year life which puts a huge performance demand on the materials and detailing,” said Ramsden.

“Network Rail enhances this demand by restricting access for ongoing maintenance and retrofit. Work over live rail lines require a formal possession – these are exceptionally costly and require a long lead time for scheduling. Therefore it is better to design out this need by using materials that are self-weathering with a long life.” 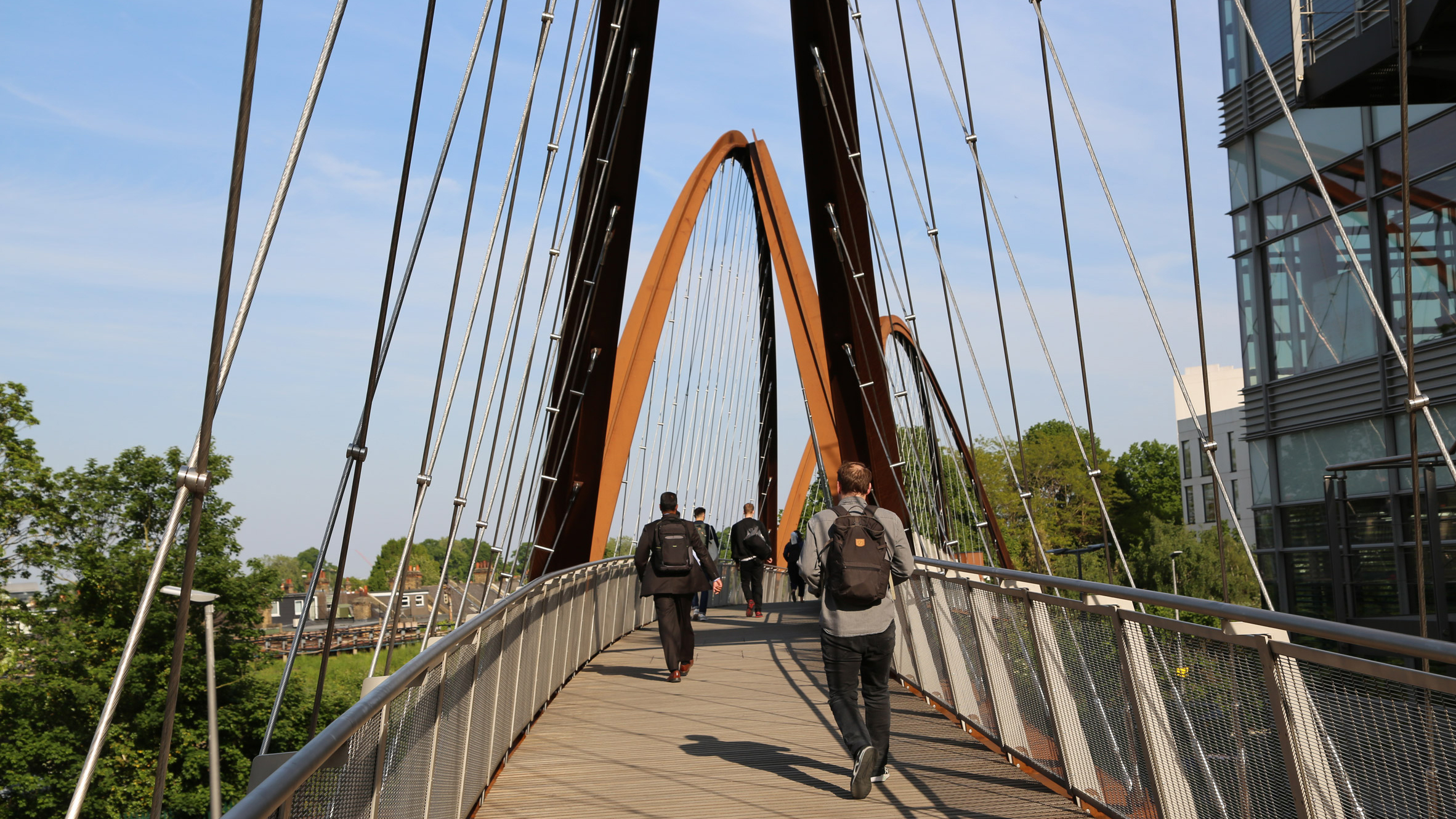 The weathering steel arches are connected by angled steel support ties to the bridge’s deck to create a network arch structure.

The use of inclined support ties, which are linked together, creates a stiffer more stable structure meaning that less material was needed and mass dampers to control the vibrations of the footbridge were not needed. 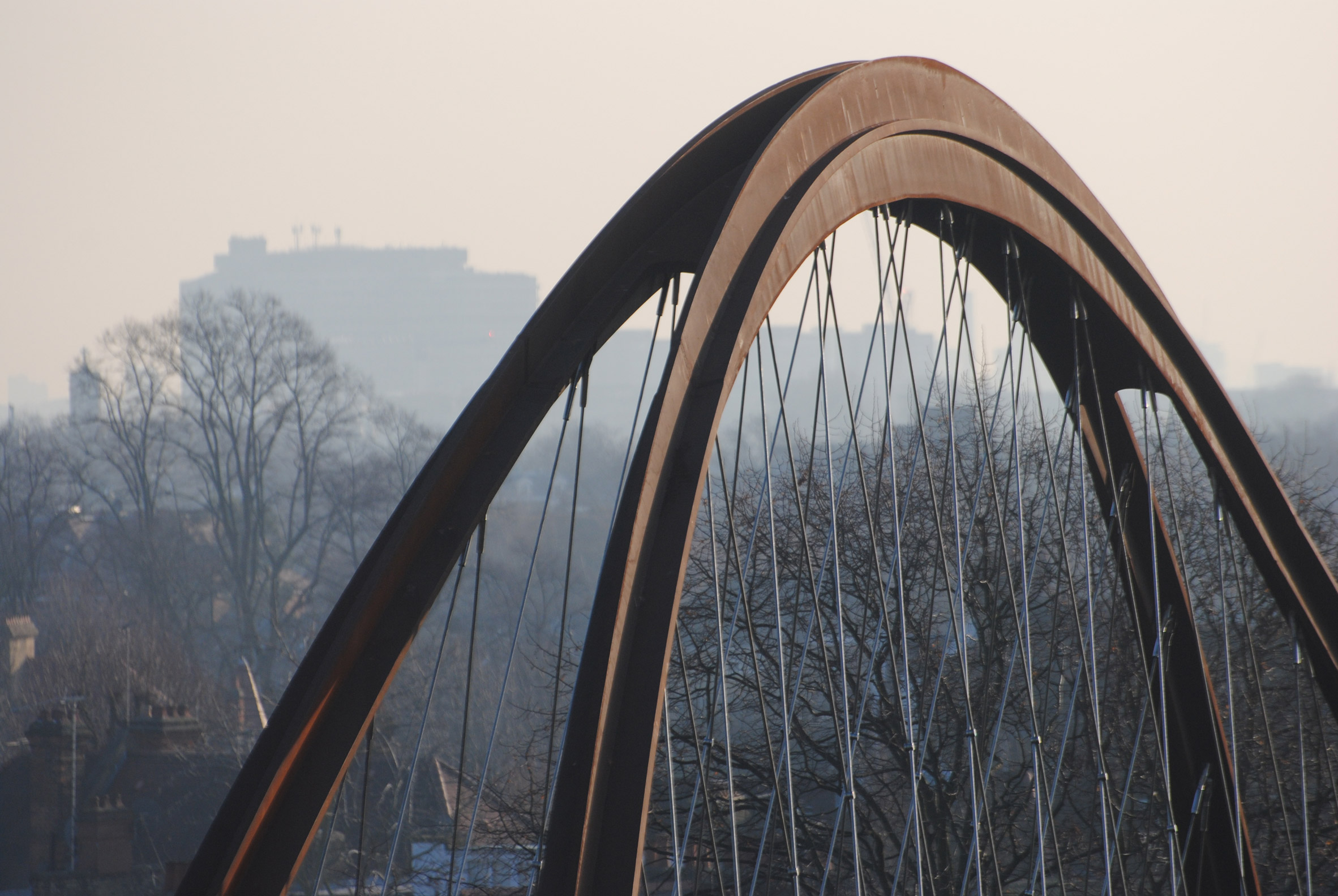 “A network arch structure is the combination of the arch, the deck and critically, the tied inclined hangers. The network is achieved with the angled cables which are linked at their intersection,” explained Ramsden.

“This system increases the stiffness and the stability of the structure,” she continued.

“This solution emerged to provide stability to the very thin arch – in the pursuit of minimal material use – and to control the dynamic behaviour of the footbridge.” 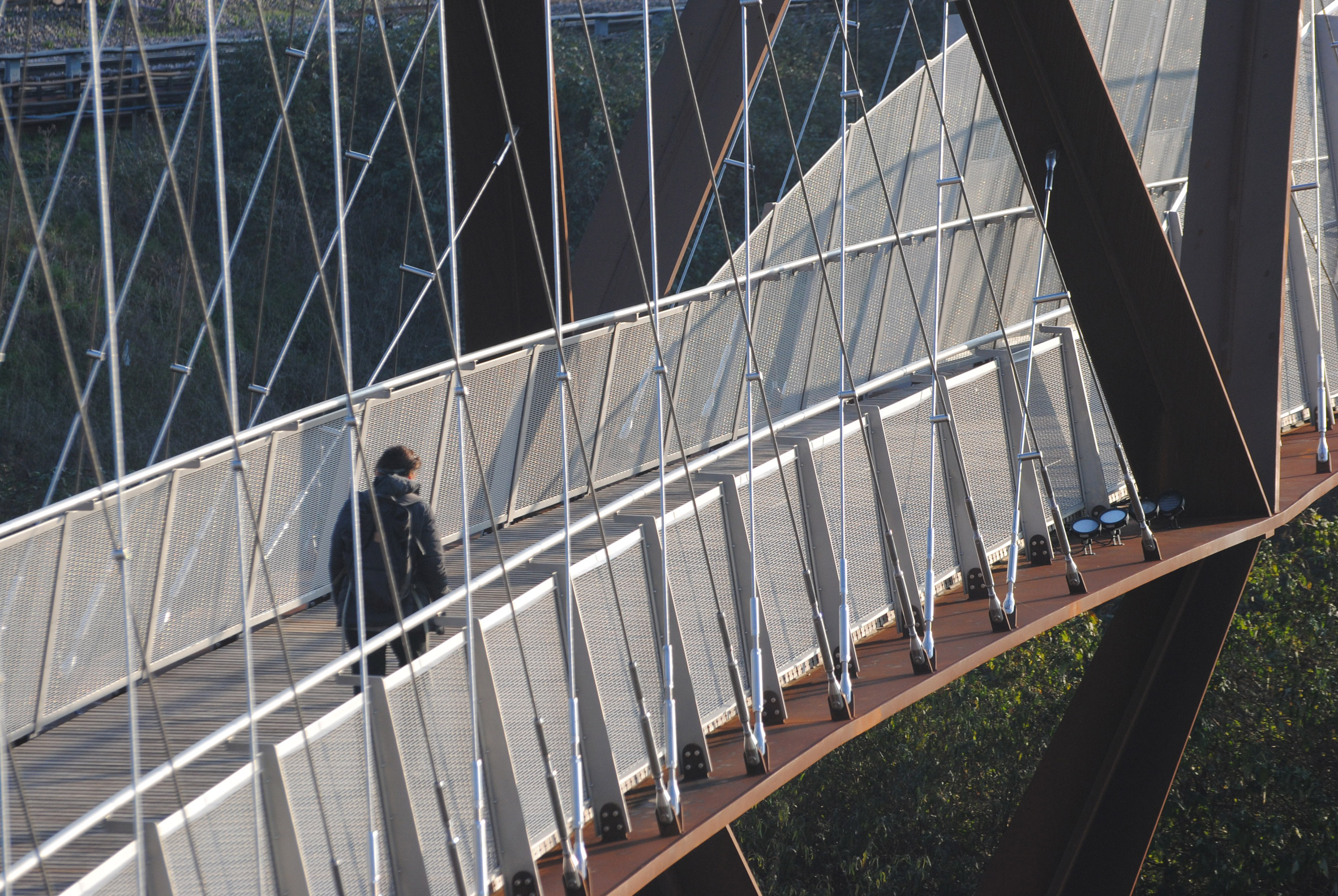 Although network arch structures have several benefits they are not often used for footbridges as they involve complex engineering Ramsden added.

“Network arch footbridges are sophisticated structures which require a very good understanding of the structural behaviour, detailed care in the architecture – in particular at the hangers intersection, and precision during construction – especially for the tuning of the hangers,” she said.

“It requires very close collaboration between the design disciplines and the contractor to ensure success.” 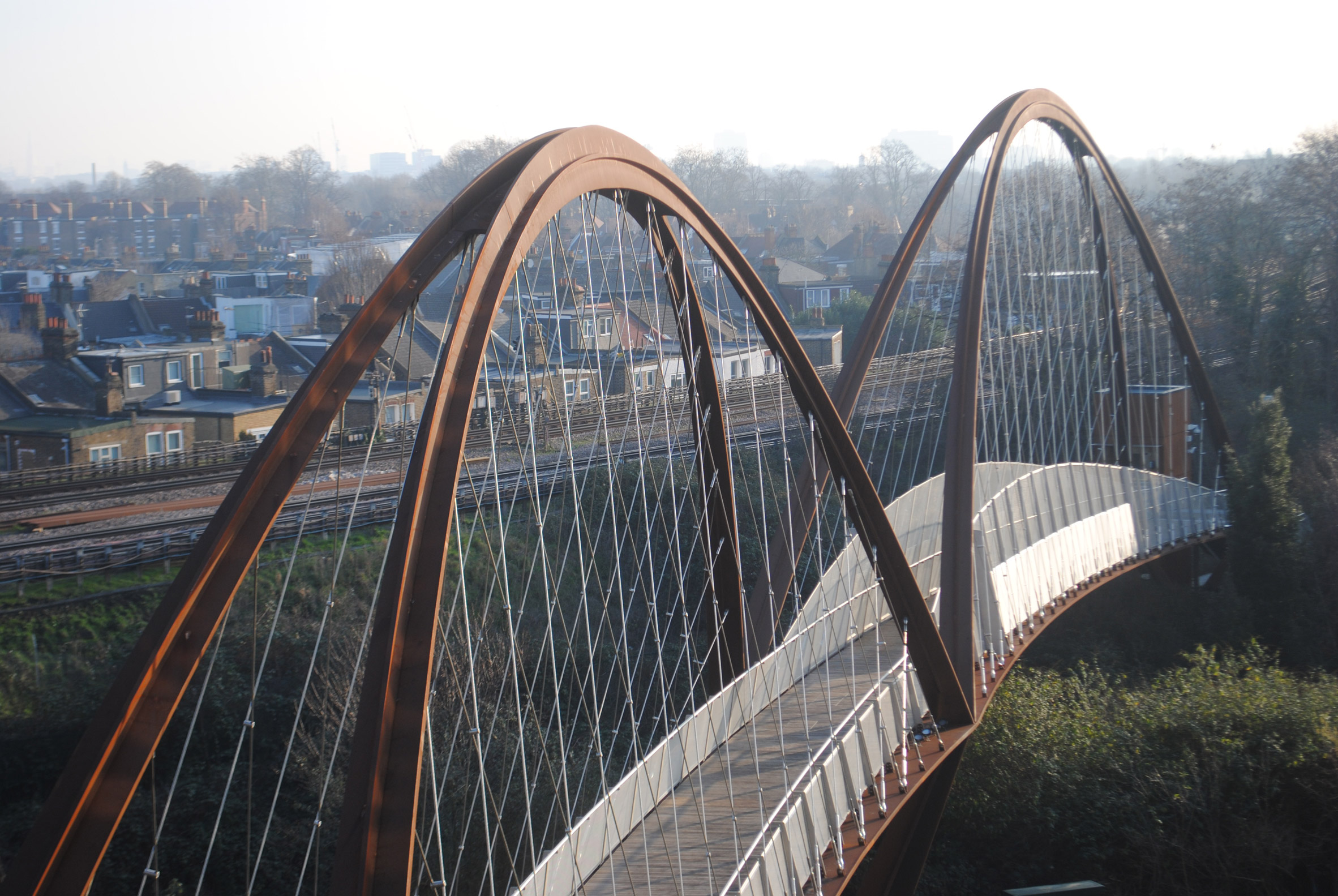 To construct the bridge Useful Studio created a “kit of parts” so that it could be largely fabricated off-site. Each of the arch sections was brought to site in five sections before being assembled and lifted into place.

This limited the amount of time spent working above the rail tracks. 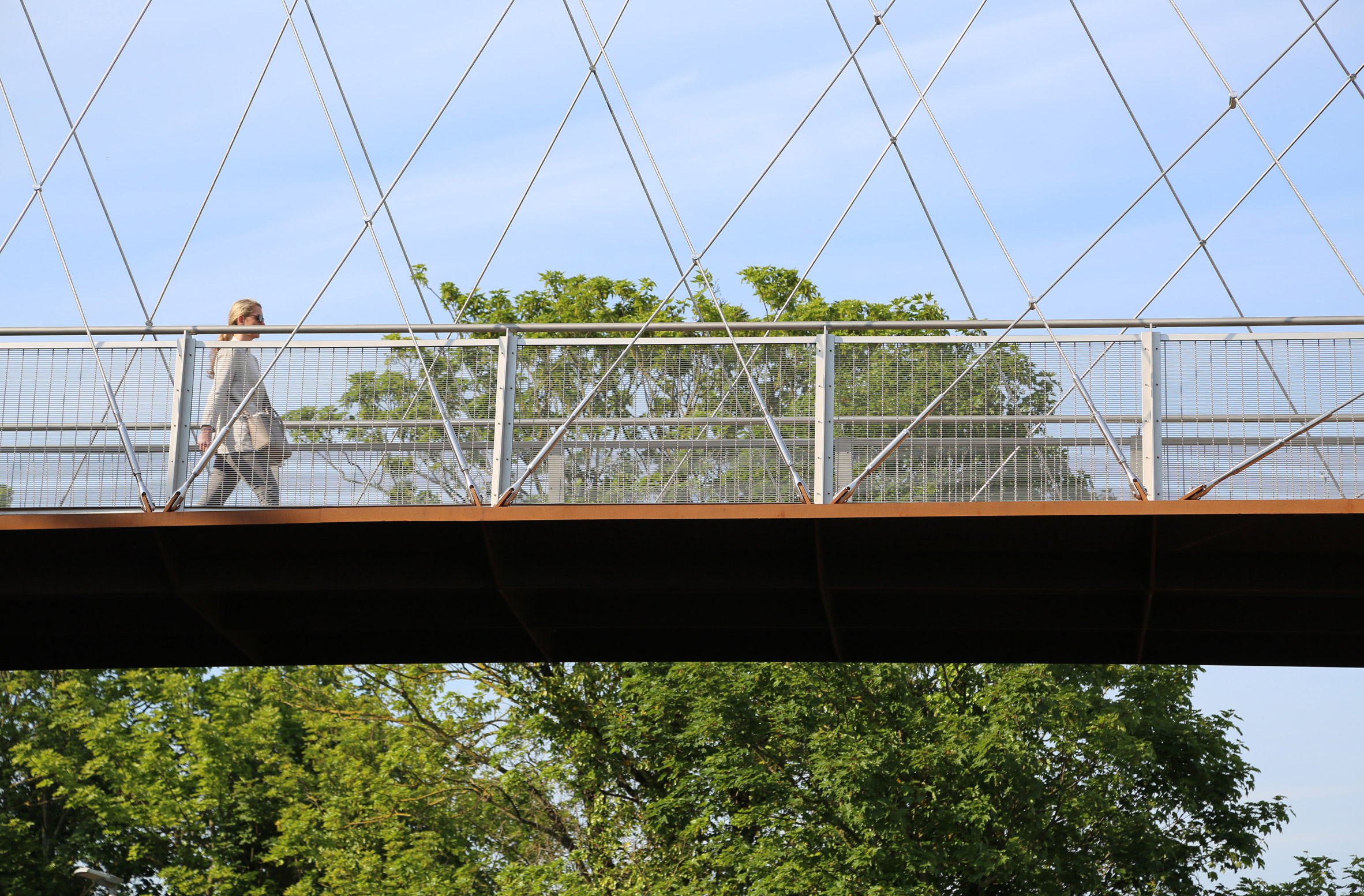 Chiswick Park Footbridge has been longlisted in Dezeen Awards 2020 in the infrastructure category. Cullinan Studio and McGurk Architects energy building that captures excess heat from the London Underground to help warm over 1,000 buildings was also longlisted in the same category.