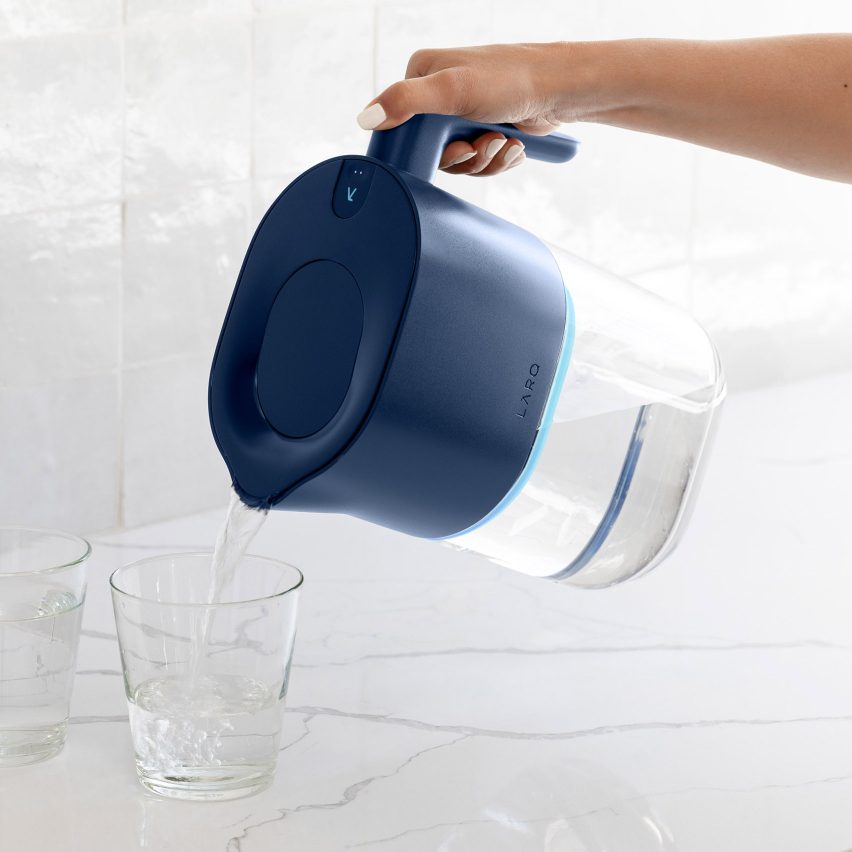 Dezeen promotion: LARQ, the Californian company behind a self-cleaning water bottle, has launched the “world’s most innovative” pitcher, which cleans water with UV light and a plant-based filter.

Like with the bottle, which won product of the year in Dezeen Awards 2019, LARQ created the pitcher as part of its mission to provide clean drinking water sustainably, while working to omit plastic pollution caused by bottled water.

The LARQ Pitcher was designed to provide filtered tabletop water without the build-up of contaminants found in typical water pitchers.

“The LARQ Pitcher furthers our mission to lower dependency on single-use plastic while providing the healthiest hydration option for our customers,” said LARQ co-founder Justin Wang.

“Our foray into the home is the next step in bringing sustainable, clean, and safe water to more people by making it accessible across all of our daily hydration needs.” 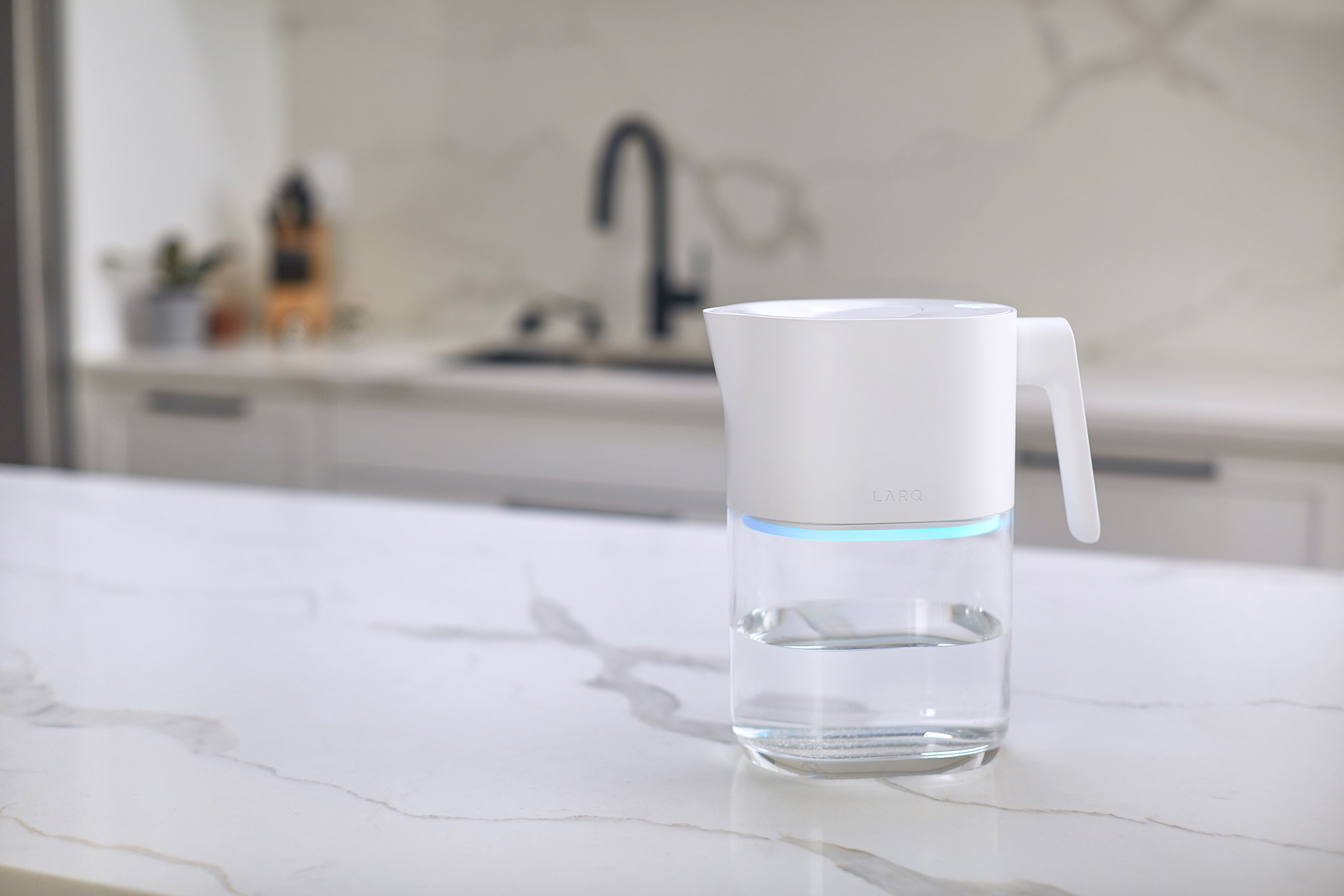 Along with filtering the water, the LARQ Pitcher uses UV light to purify water once it has passed through the filter. LARQ claims this makes the product the “world’s most innovative water pitcher”.

The UV-C light is in the 280-nanometre range, the same that is used in LARQ bottle, which the company said eradicates almost all harmful and odour-causing bacteria and viruses.

The system works to removes 90 per cent of lead, chlorine, mercury, cadmium, copper, zinc, volatile organic compounds (VOCs) and Radon from the water.

Cleaning automatically takes place every six hours or can be activated at the touch of a button on top of the lid, and is marked by a racetrack-like LED light underneath the lid. 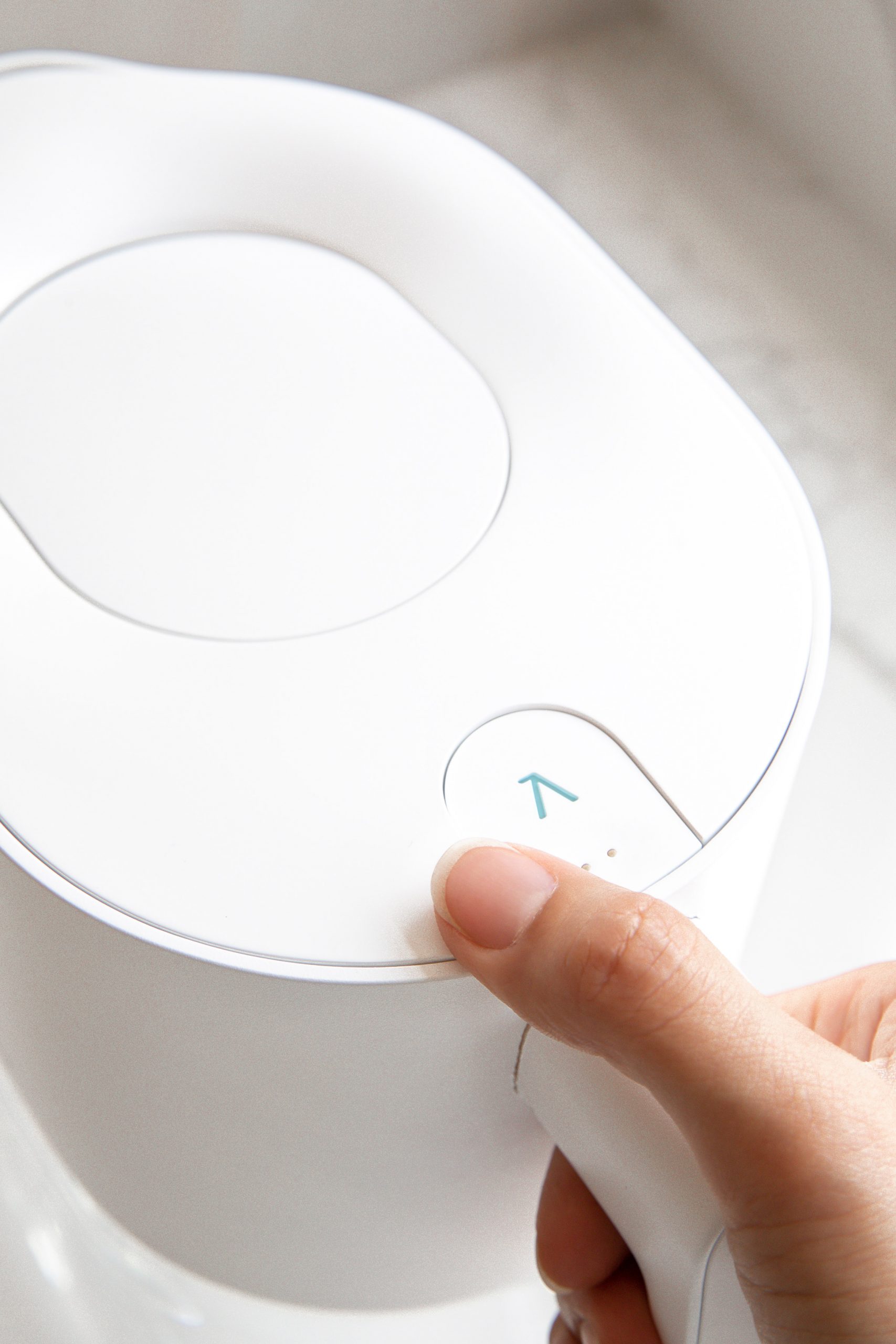 LARQ Pitcher has a unibody design, with water filtering taking place inside an opaque top slotted on top of a clear base. The lid is filled up via a spring-loaded door that drops under the pressure of water, which means that it can be filled up using one hand.

The filter is made from plant-based materials, including coconut carbon, rather than plastic in order to make it more environmentally friendly than traditional cartridges. It is also designed without a plastic casing, which in turn has reduced the amount of plastic typically used in filters by 75 per cent.

Other features of the LARQ Pitcher include an intelligent filter life tracking, which provides alerts when the filter needs to be replaced. 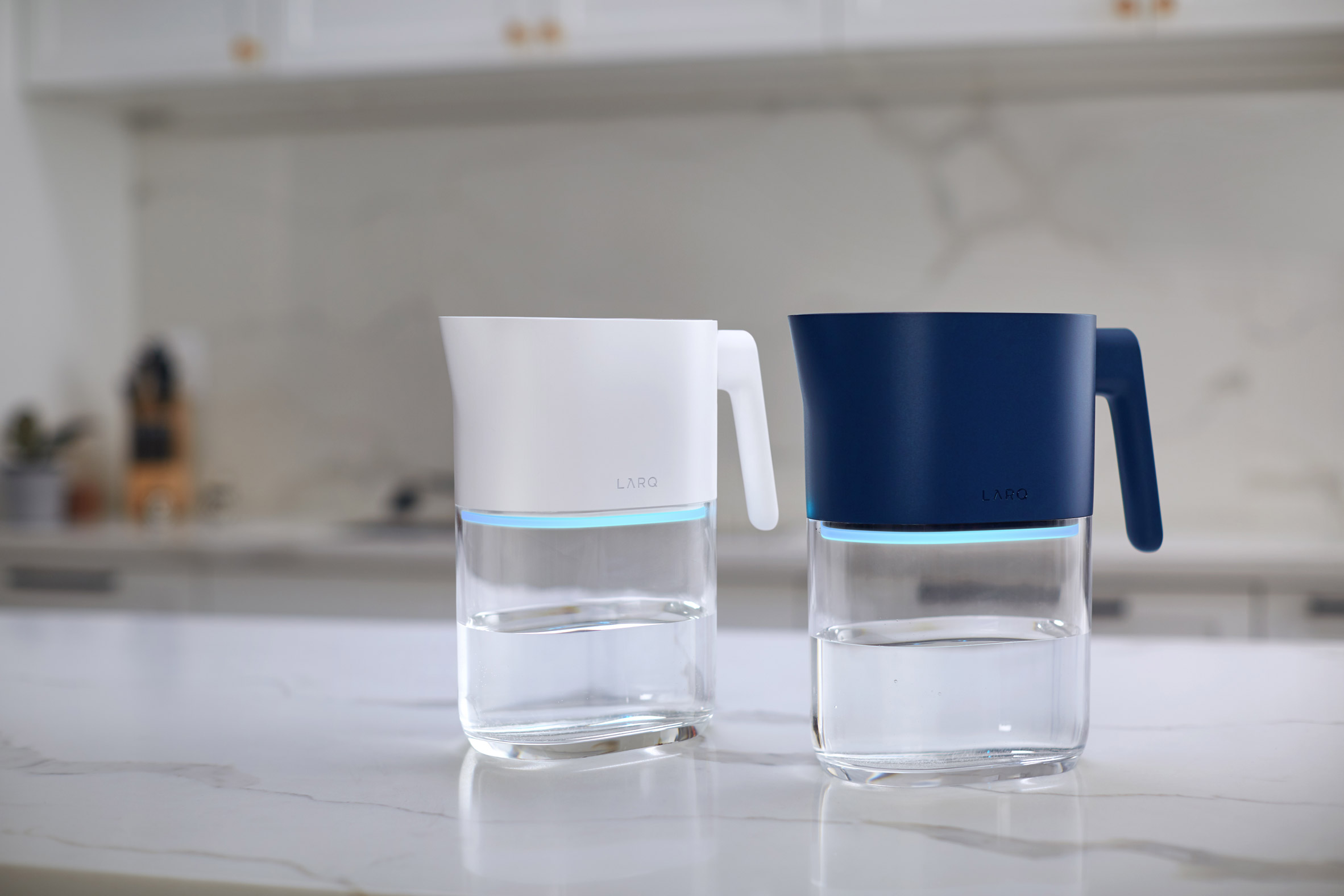 LARQ Pitcher is available for pre-order with either a Monaco Blue lid or Pure White top on both LARQ’s website and Kickstarter, which is currently 605 per cent funded. It will retail for $135.00 and ship this winter.

Based in the San Francisco Bay Area, LARQ first launched its bottle in the US in October 2018 and in the UK in June 2019, following a successful crowdfunding campaign where the company managed to raise $1.4 million (£1.04 millon) in under 30 Days.