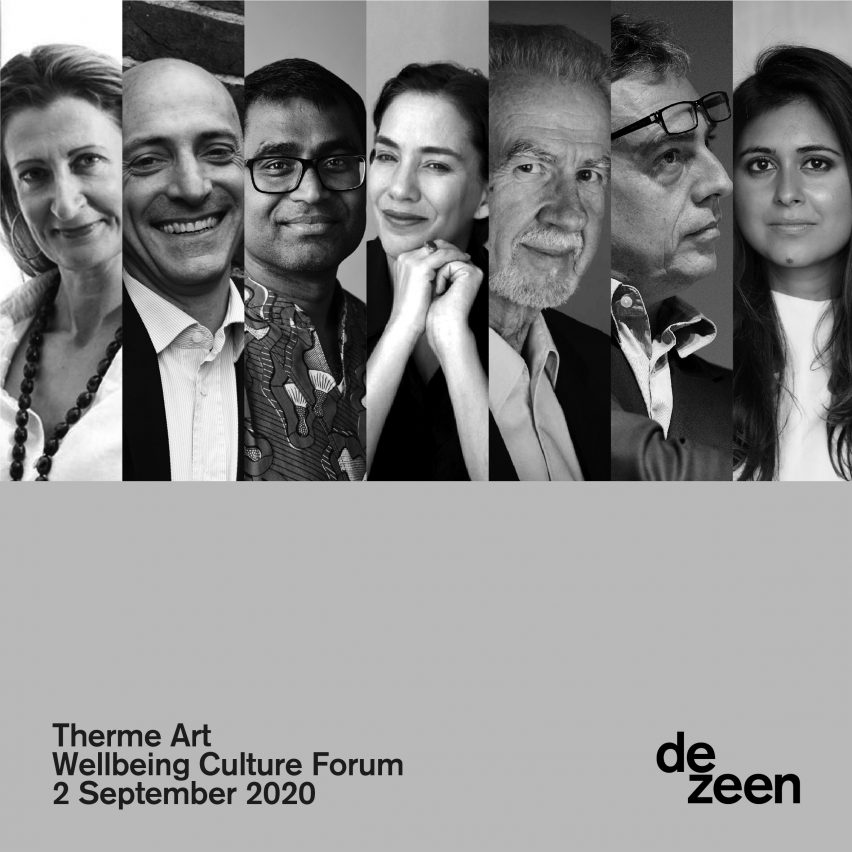 The panel was the fifth instalment of Therme Art’s new initiative Wellbeing Culture Forum, a programme of online discussions that explore the role of culture, art, design and architecture in promoting health and wellbeing in urban populations.

Titled Human Cities – Fostering a Systems-Approach to Urban Life, the session explored how to maintain the health and wellbeing of urban populations while preserving cities as places of prosperity.

The panel discussed the role of diversity, creativity, culture and nature in fostering physical and psychological wellbeing in urban populations, as well as how the acceleration of social inequality in cities can be prevented.

The panel featured architect and urban planner Stefano Boeri who is known for his building and city designs that are covered in plants and trees, such as a vertical forest city in China designed to combat air pollution and a plan for a Mexican smart city covered in 7.5 million plants.

Ben Rogers, director of the Centre for London, and Jörg Spitz, founder and executive director of the Academy for Human Medicine and Evolutionary Health, also joined the discussion.

In addition, the panel was joined by Danny Sriskandarajah, chief executive of the British charity Oxfam, and design consultant, curator and writer Jane Withers.

The talk was the latest in a series of public discussions organised by Therme Art, the first of which featured Hans Ulrich Obrist, Frida Escobedo, Stefano Boeri and more and explored the relationship between art and architecture.

The second iteration featured a discussion about the value of live cultural events amidst global unrest with Es Devlin, Zoé Whitely and Marc Spiegler among others.

The third session featured a discussion with Sonia Boyce, Elvira Dyangani Ose and David Kohn and others about the role of art and culture in the built environment.

The fourth instalment of the series featured a talk with Maria Adebowale-Schwarte, Jayden Ali and Ken Arnold and others on how to design healthy and happy cities.