Bronze laser-cut sheets wrap around the lift shaft that extends up through this building in central London, which has been updated by architecture studio Bureau de Change.

The elevator links together all four floors of The Gaslight, a mixed-use development that’s been created within an art deco building in central London’s Fitzrovia neighbourhood. 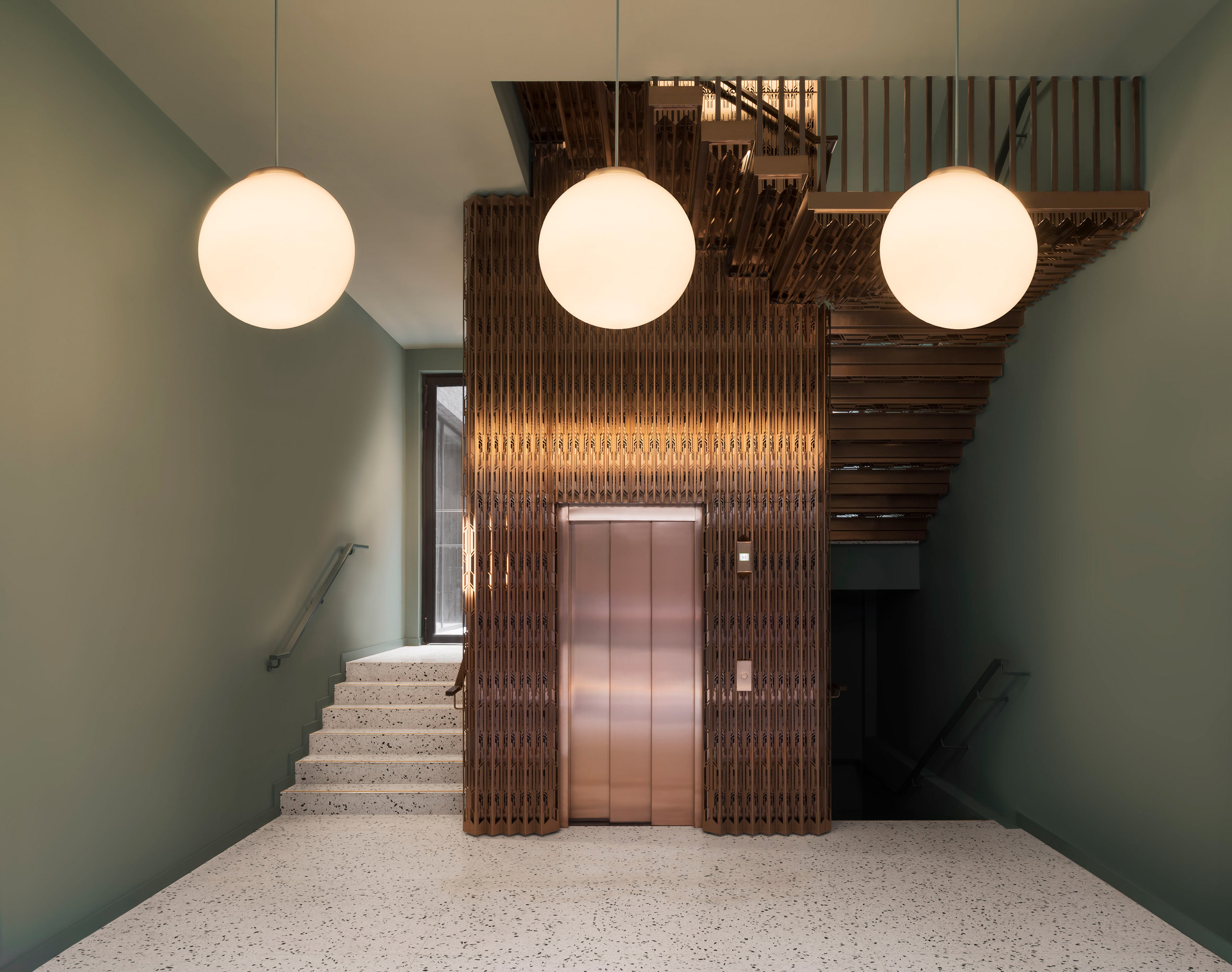 Originally constructed in 1929 as offices for the now-defunct Gas, Coke and Light Company, the building has recently been completely renovated by dMFK Architects to include a series of bright, airy rooms.

Bureau de Change was tasked with developing the interiors, which are meant to have a contemporary feel while still showing hints of the building’s art deco heritage. “We enjoy working with existing buildings, transforming them for a new purpose but doing it with a kind of nostalgia at the heart of the designs,” said Bureau de Change’s co-director, Katerina Dionysopoulou.

“It was a pleasure to explore these ideas for The Gaslight and ultimately enrich a building so that it can take on a new meaning.” 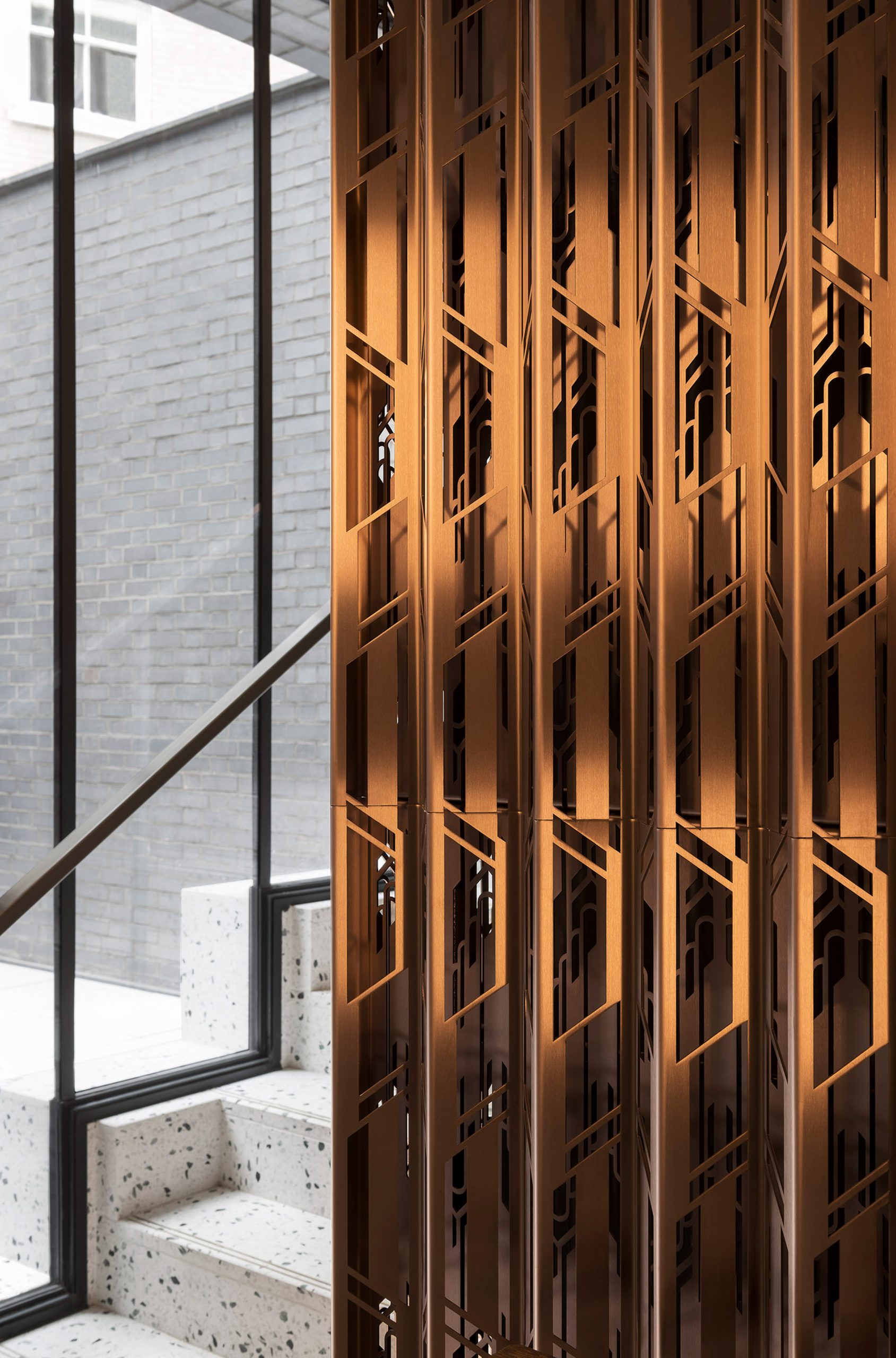 The Gaslight building is accessed via a lobby that’s illuminated by a trio of large spherical pendant lamps.

At its centre is a striking lift. The shaft of the lift is made from concrete which Bureau de Change has wrapped in two layers of bespoke bronze sheeting. 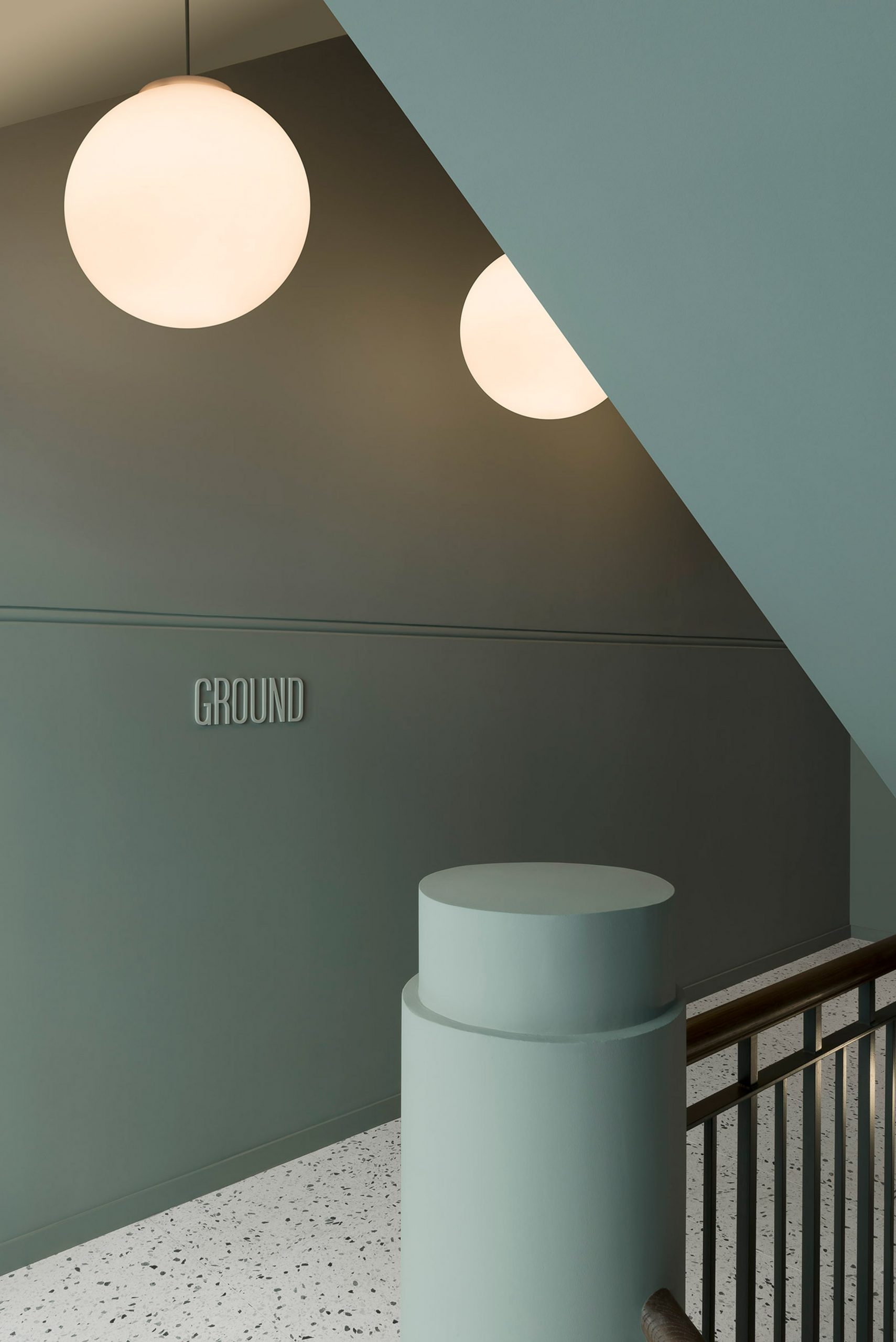 The first bronze sheet is flat and has been laser-cut to feature an intricate art deco-inspired pattern. Laser cutting has also been done to the second bronze sheet, but this has been folded to feature concertina-style pleats.

Layered over each other, the sheets create a moiré effect that obscures the concrete underneath. 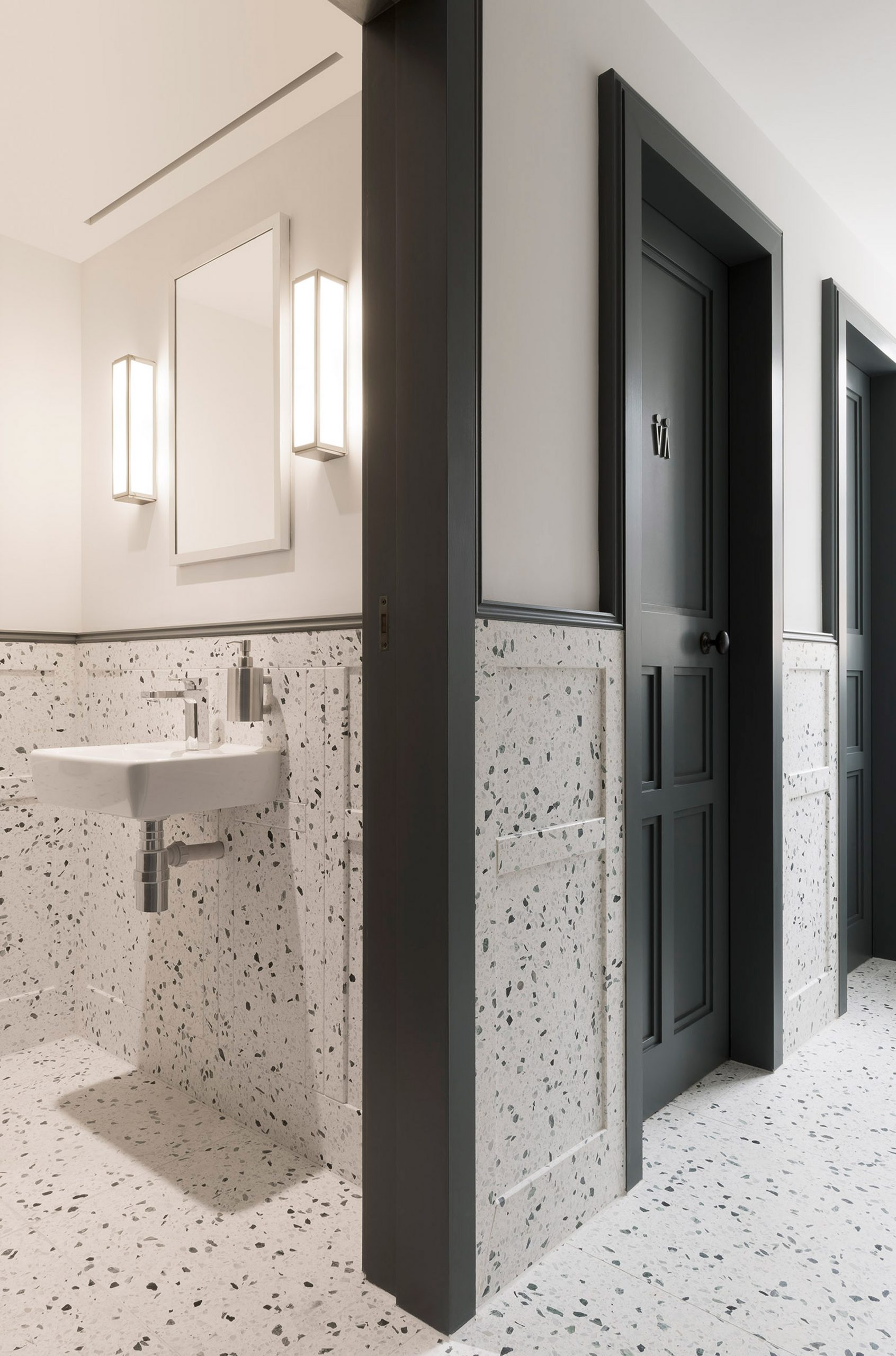 The second pleated bronze sheet turns at a 90-degree angle to clad the underside of the lobby’s stairs. This eventually “peels off”, leaving just the flat bronze sheet to cover the lift shaft on the building’s upper levels. 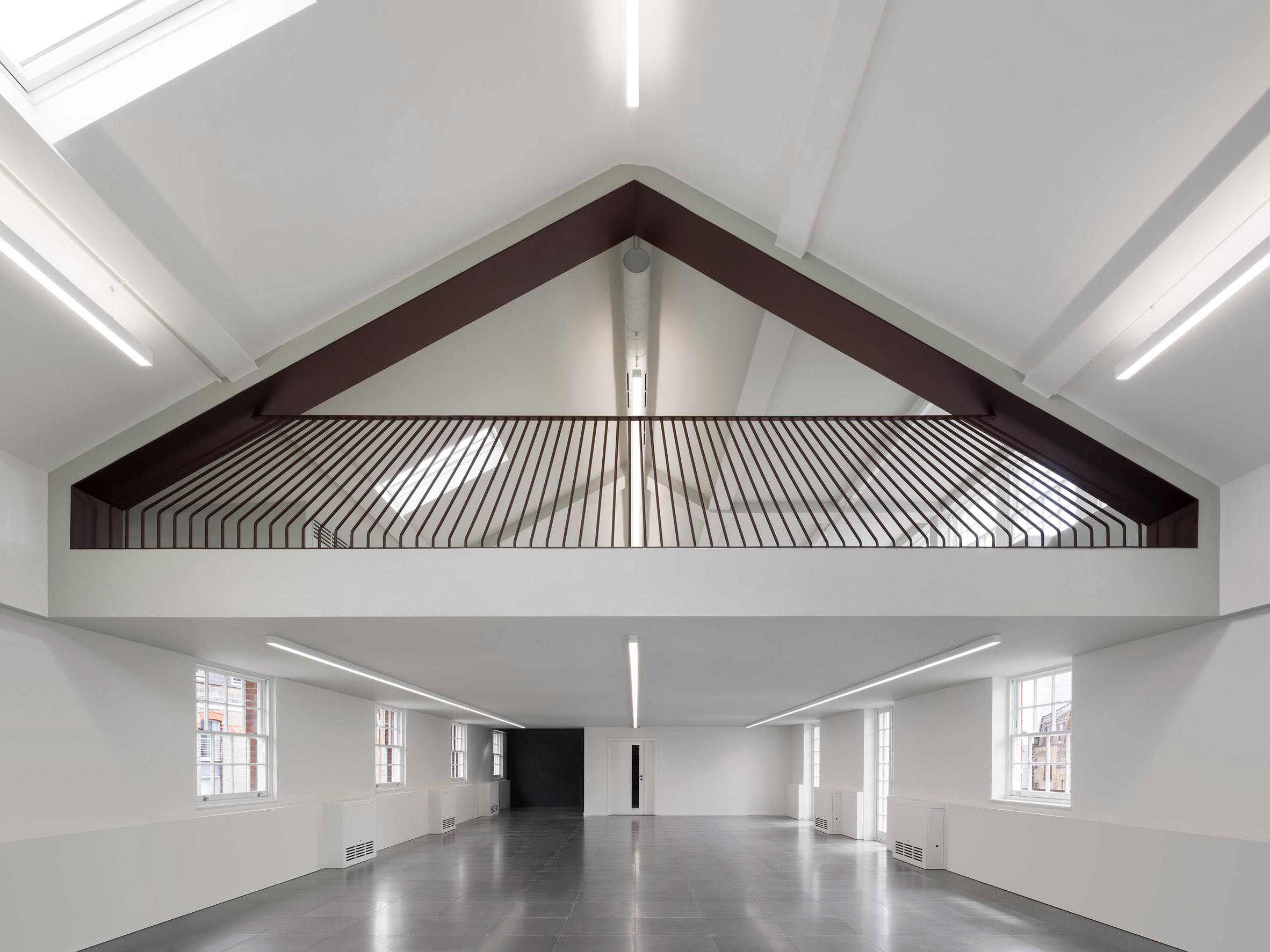 The white terrazzo that covers the floor and stairs of the lobby has also been used to line the lower half of the building’s bathrooms and hallways, a modern interpretation of the wooden panelling that the studio thinks would have appeared in the original building.

Surfaces have otherwise been painted in cool grey or sage-green tones. 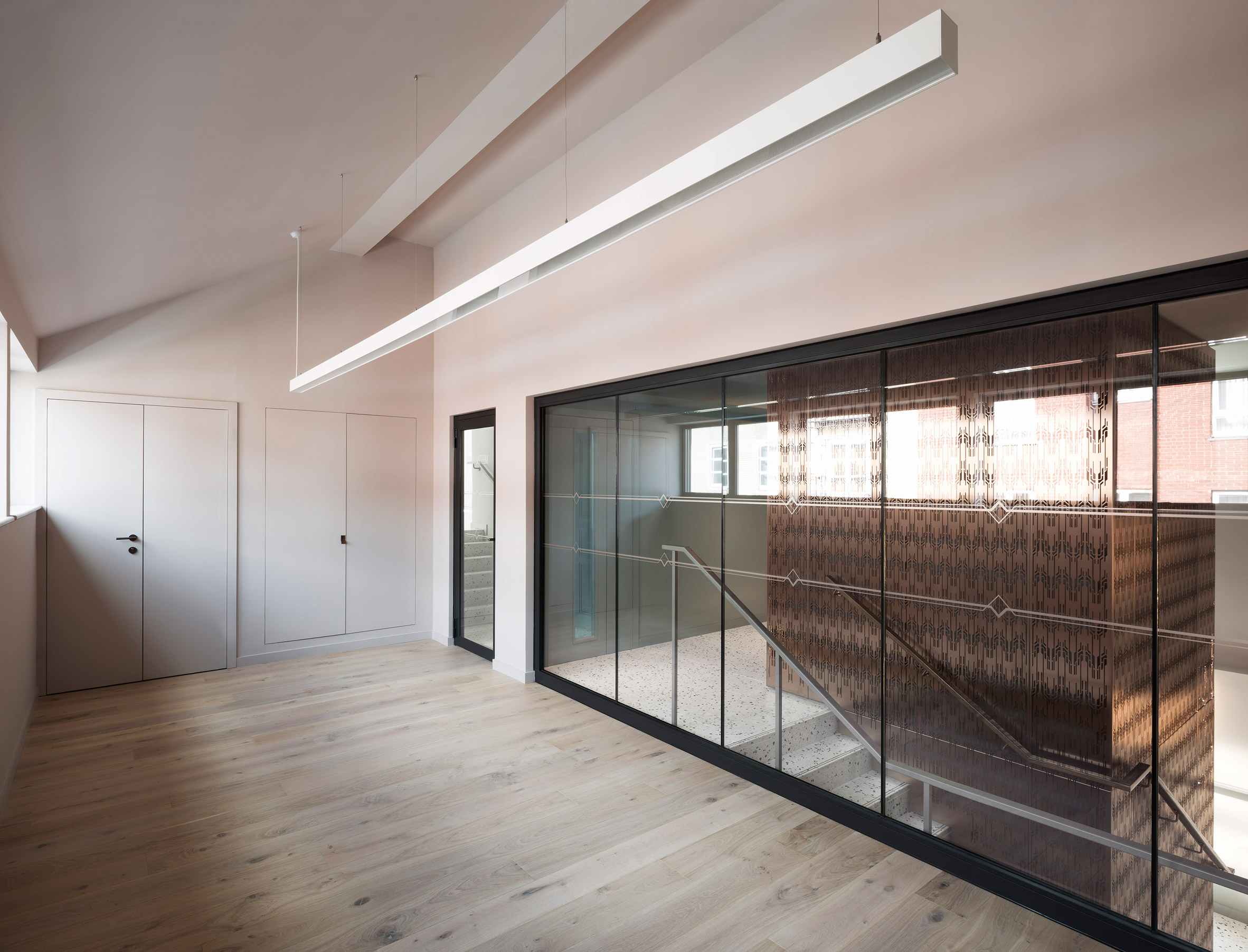 Some of the glazed partitions in the building have been overlaid with shapely patterns that match the cut-outs on the lift shaft.

Other unique details include the building’s entrance door handles, which have been hand-carved with a series of grooves. The Gaslight’s address number has also been shaped into the metal spokes that run along the top of its restored front gate. 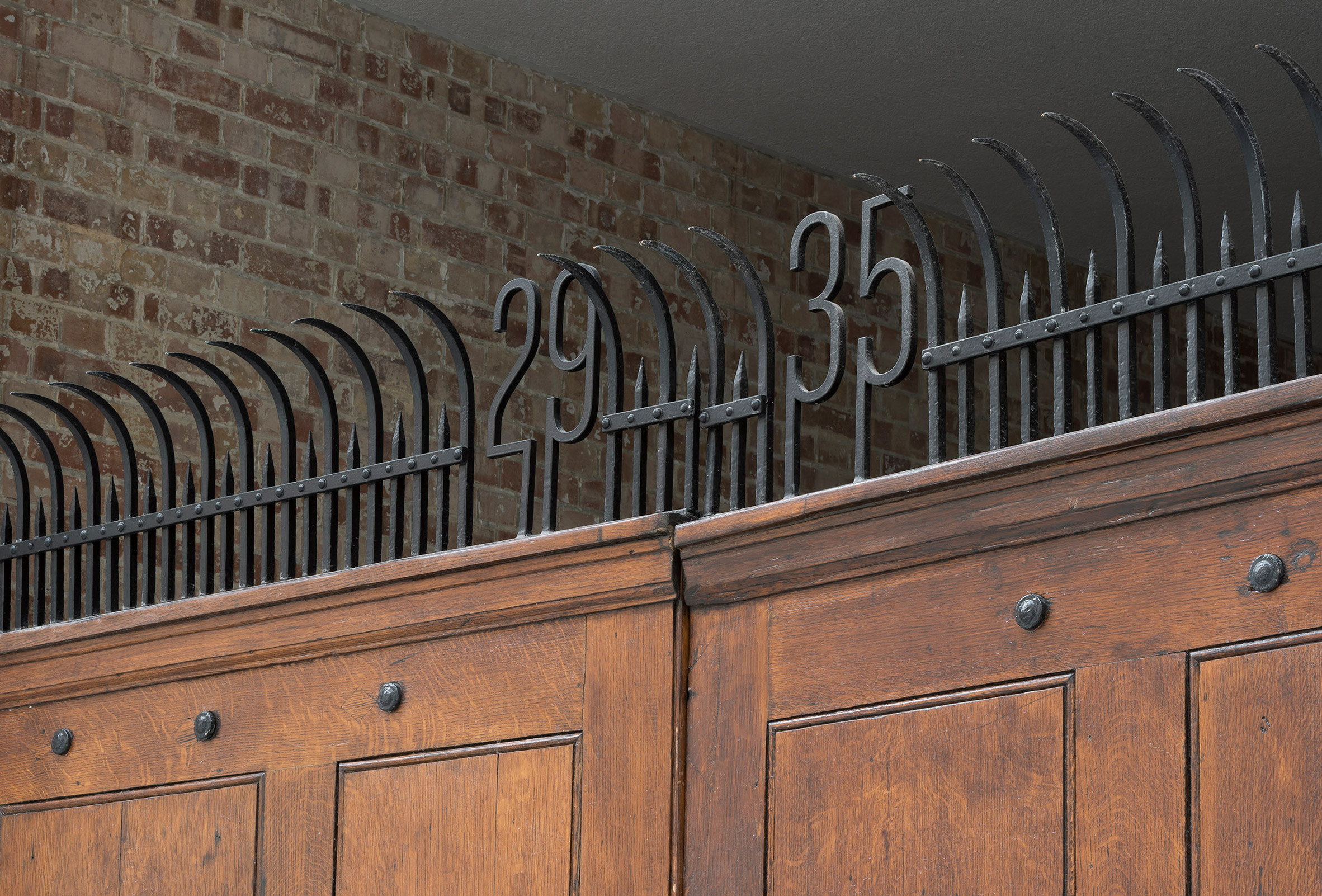 Bureau de Change is based in Clerkenwell. The studio has previously created a barn-style home in the Cotswolds with an ombre-effect timber facade and added a texture brick building into a century-old London terrace.

Photography is by Gilbert McCarragher.