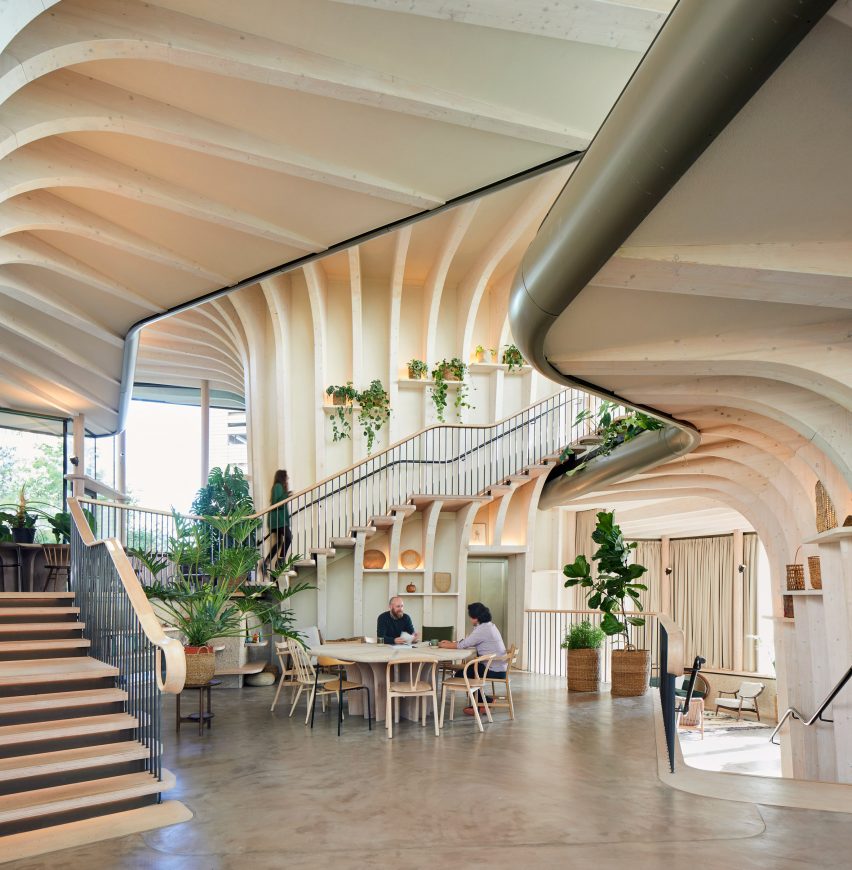 Dezeen promotion: Workplace Wellbeing by Design is a week-long online event taking place during this year’s London Design Festival, which explores the complex relationship between design and wellbeing in the workplace.

Workplace Wellbeing by Design, which will take place from 14 to 18 September 2020, includes talks by leaders in the architecture and design industry including Thomas Heatherwick, Ab Rogers and HOK senior director of WorkPlace, Kay Sargent.

These creatives will be joined by more corporate figures such as Bruce Daisley, who developed Twitter for Europe, Africa and the Middle East, Cees van der Spek – communications director for EDGE – and workplace theorist Jeremy Myerson.

Other speakers include biometrician Nikita Mikhailov, who will discuss new data-driven biometric techniques for employers and employees, as well as Maaind founder Martin Dinov, who will outline how AI can be harnessed for workplace wellbeing.

Over the course of five days, five 75-minute sessions will explore the issues of workplace design from a range of viewpoints including technology and diversity, as well as the impact of the Covid-19 pandemic.

Each session will be hosted by author and design commentator Aidan Walker and will be split into three sections: a keynote, a practical case study and a Q&A session.

Day one – the Well Workplace – will begin with a talk between Rogers and Heatherwick about their work for Maggie’s Centres.

While the two architects discuss how they have tried to use the built environment to influence the psychology of its inhabitants, Maggie’s chief executive Laura Lee will explain the organisation’s architectural philosophy.

Day two, led by Dinov, will focus on the smart workplace and the impact of technologies like AI on wellbeing. EDGE’s van der Spek will also uncover the ideas behind the brief for the firm’s existing project in Amsterdam and its new one at London Bridge.

“People have been talking about – and designing for – psychological diversity, as well as the individual’s control over their physical environment for a generation now,” said Walker.

“Sensor technology has given a whole new meaning to the smart building and the impact of artificial intelligence is just around the corner,” he continued. “It’s time to take stock and Covid-19 has added currency and urgency to the discussion.”

Day three – the Human/Humane Workplace – will be led by Swann, whose book The Human Workplace explores interior and behavioural design.

Day five considers the future of work, led with a keynote by Myerson from the Helen Hamlyn Centre at the Royal College of Art and the Worktech Academy.

This will be followed by a discussion with Mike O’Neill, former director of global research at Haworth, Guy Smith, founder of COSU and former design director of WeWork, and Frances Gain, associate of strategy at M. Moser Associates.

The conference has been organised by the creators of the MAD World Summit with Dezeen as the media partner.

Registration is £25 for all five sessions, with profits donated to cancer support charity Maggie’s.

The post Thomas Heatherwick and Ab Rogers to speak at virtual Workplace Wellbeing by Design conference appeared first on Dezeen.