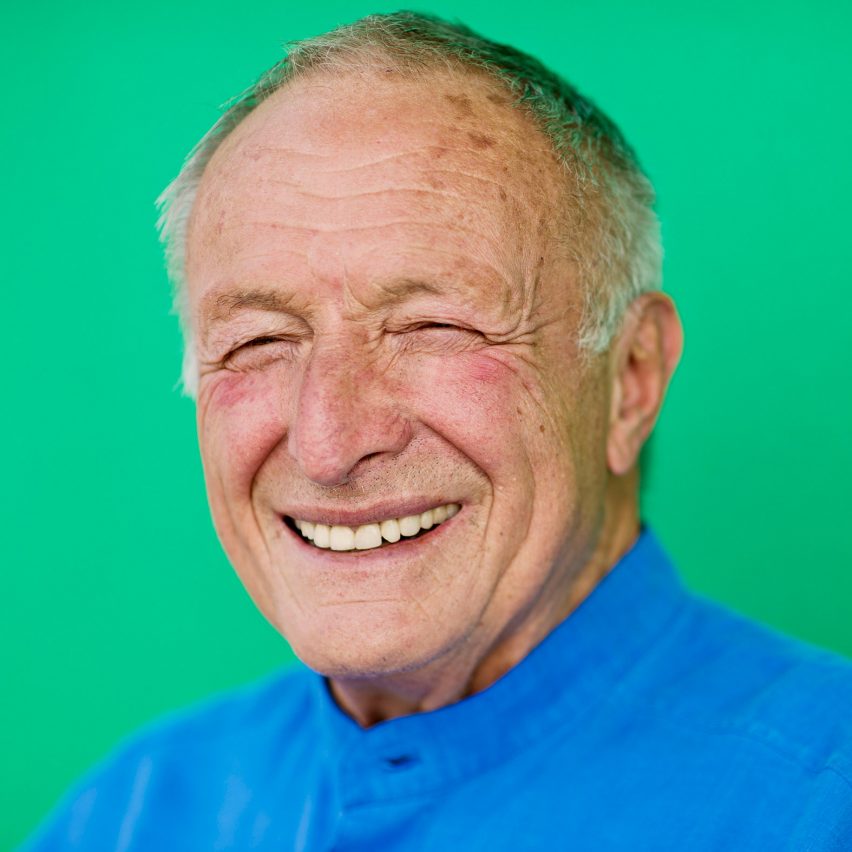 This week on Dezeen, high-tech architecture pioneer Richard Rogers stepped down from his studio Rogers Stirk Harbour + Partners after 43 years.

As one of the most influential architects of his generation, Rogers has been awarded almost all of architecture’s highest honours during his career, including the Pritzker Prize, Royal Gold Medal and AIA Gold Medal.

The 87-year-old architect has now stepped down from the board of Rogers Stirk Harbour + Partners, and his name will be removed from the practice within the next two years.

To mark Rogers’ retirement, we rounded up 10 of his most influential projects from the past five decades.

Highlights include a home he designed in the 1960s, the hugely influential inside-out Pompidou Centre in the late 70s and the high-tech Lloyds building in the 80s.

He also designed the Millennium Dome, which was completed just before the turn of the millennium, and two Stirling Prize-winning buildings in the 2000s – the Barajas Airport in Madrid and the Hammersmith Maggie’s Centre in London.

In design news, one of the world’s largest furniture makers partnered with one of the biggest toy companies to create a storage system that aims to turn tidying into a game.

Launched by IKEA and Lego, the Bygglek storage collection comprises a set of boxes that each have stud-covered lids that children can make their own building-block creations on.

Elon Musk’s neuroscience startup Neuralink revealed the latest updates to its a brain implant, which is designed to enable a direct interface between humans and computers.

The “dramatically simplified” design was shown during an online presentation alongside a group of pig test subjects and a robot that was used to insert the implant into the animals’ heads.

Called Walala Parade, the mural is reportedly one of London’s largest public artworks.

As coronavirus continues to impact people around the world, electronic brand LG has revealed its design for a facemask that includes an electronic air purification system.

Also designed with the pandemic in mind, Spanish studio Guallart Architects proposed a housing development for the Xiong’an New Area in China, which could be self-sufficient during another Covid-19 lockdown.

Other projects popular among Dezeen readers this week include a rammed-earth observatory in the Negev desert designed by Gitai Architects, a charred cedar house in Connecticut situated on top of a rocky ledge and a pair of off-grid retreats hidden in Mallorca’s mountains.

The post This week, Richard Rogers announced his retirement appeared first on Dezeen.