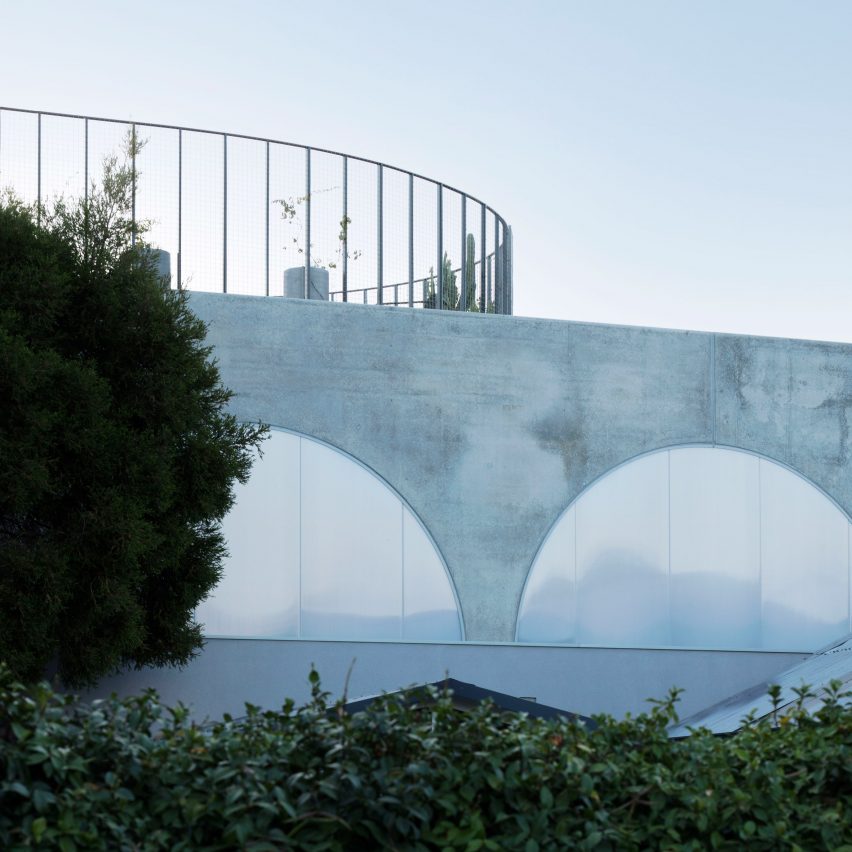 Nic Brunsdon squeezed the two-storey house onto a tight plot of land for a family keen to live closer to the city of Perth and all its amenities – even though it meant downsizing from their former property. 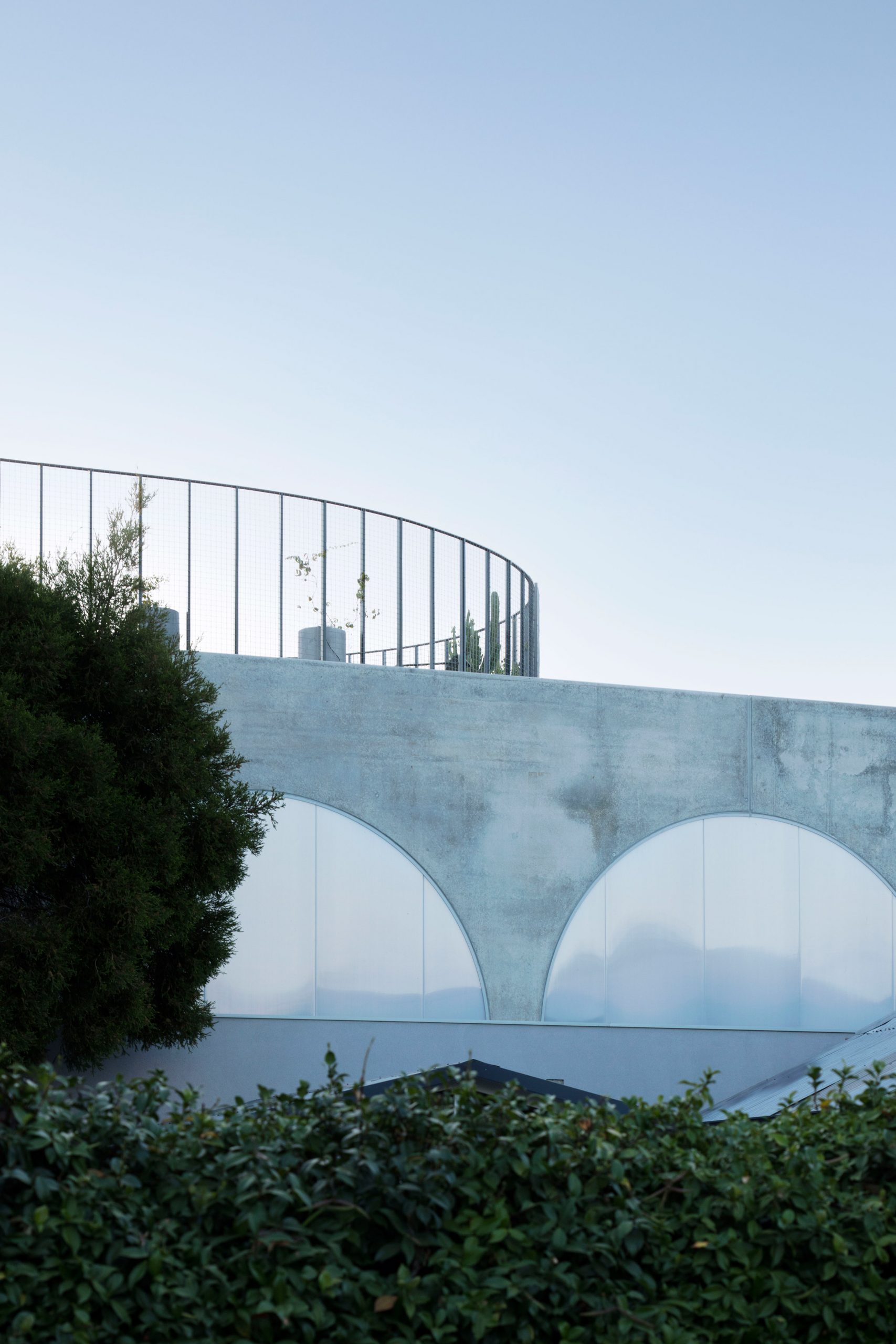 Working with a restricted budget, the architect and his eponymous studio decided to use precast concrete panels as the main building material.

“By using this commercial construction system as the main conceptual organising principle, the project was able to gain significant budget and time savings, while maintaining legible design integrity and innovation in housing type,” the studio said. 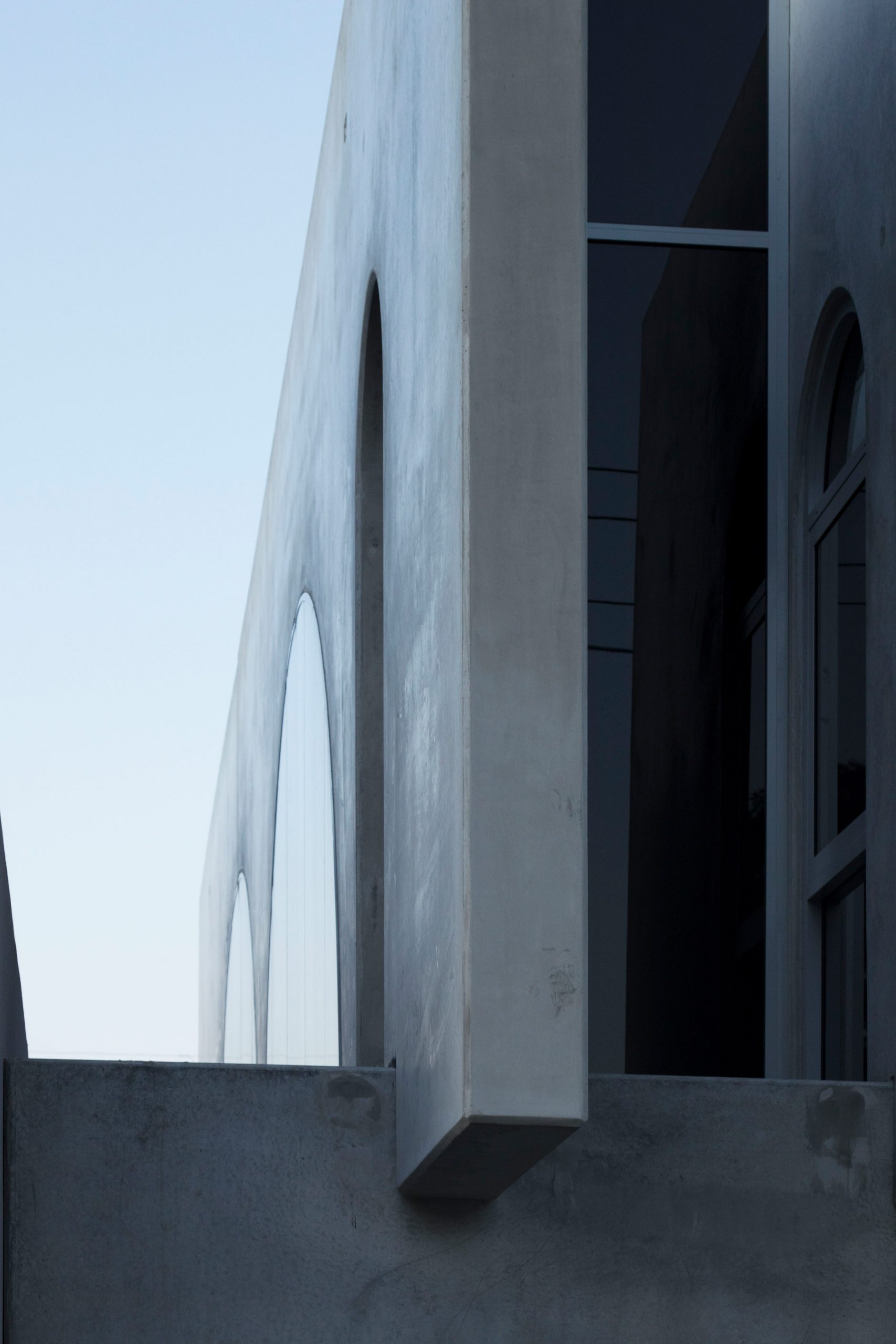 North Perth House comprises eight precast concrete panels that are arranged in a grid-like formation. The ground floor has a sequence of four panels that run horizontally from east to west.

“On the ground floor these panels demarcate layers of privacy from the street front back towards the rear of the property, each signifying a threshold leading deeper into the private life of the house,” explained the studio. 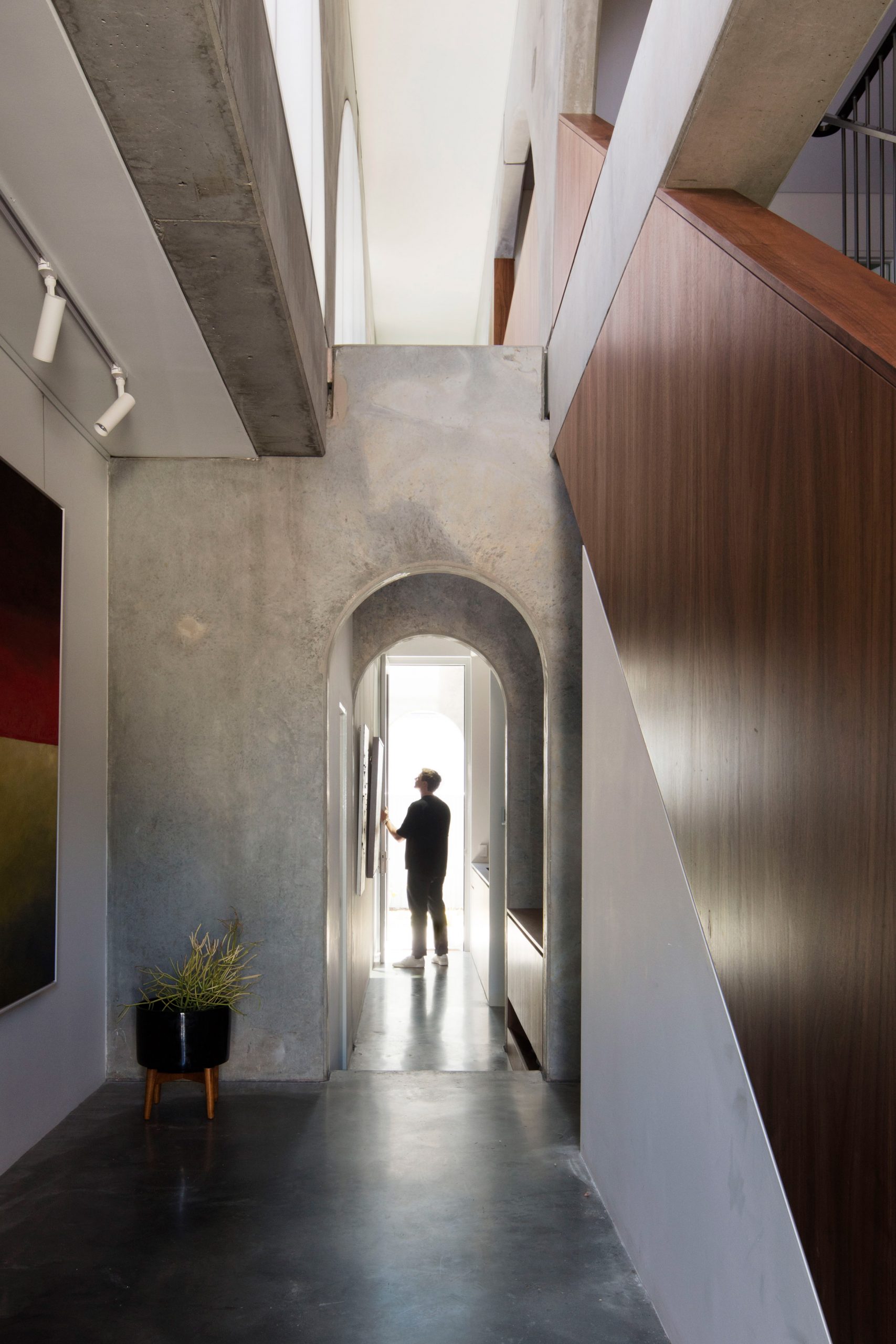 On the first floor are another four panels that have been turned 90 degrees to run perpendicularly from north to south.

These arches slot neatly into notches that have been made in the concrete panels on the ground floor. 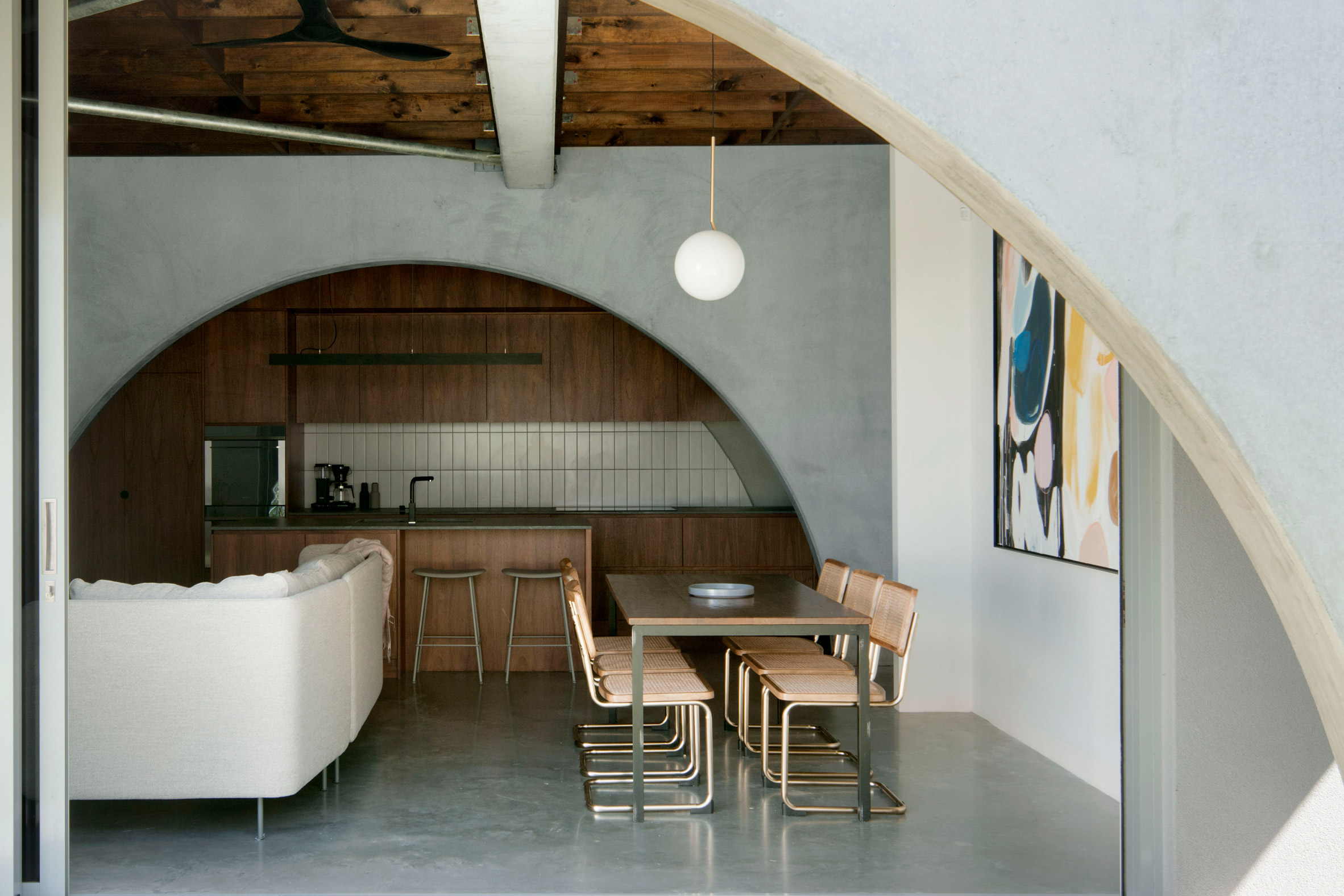 The concrete panels are punctuated with arches – a shape that one of the clients was particularly fond of as it brought back childhood memories of the arched doorways that appeared in their grandmother’s home.

Narrow arching doorways connect different living spaces throughout North Perth House. On the ground floor, these arches have been made to sit in line with each other so that there are clear sightlines from the front to the rear of the home. 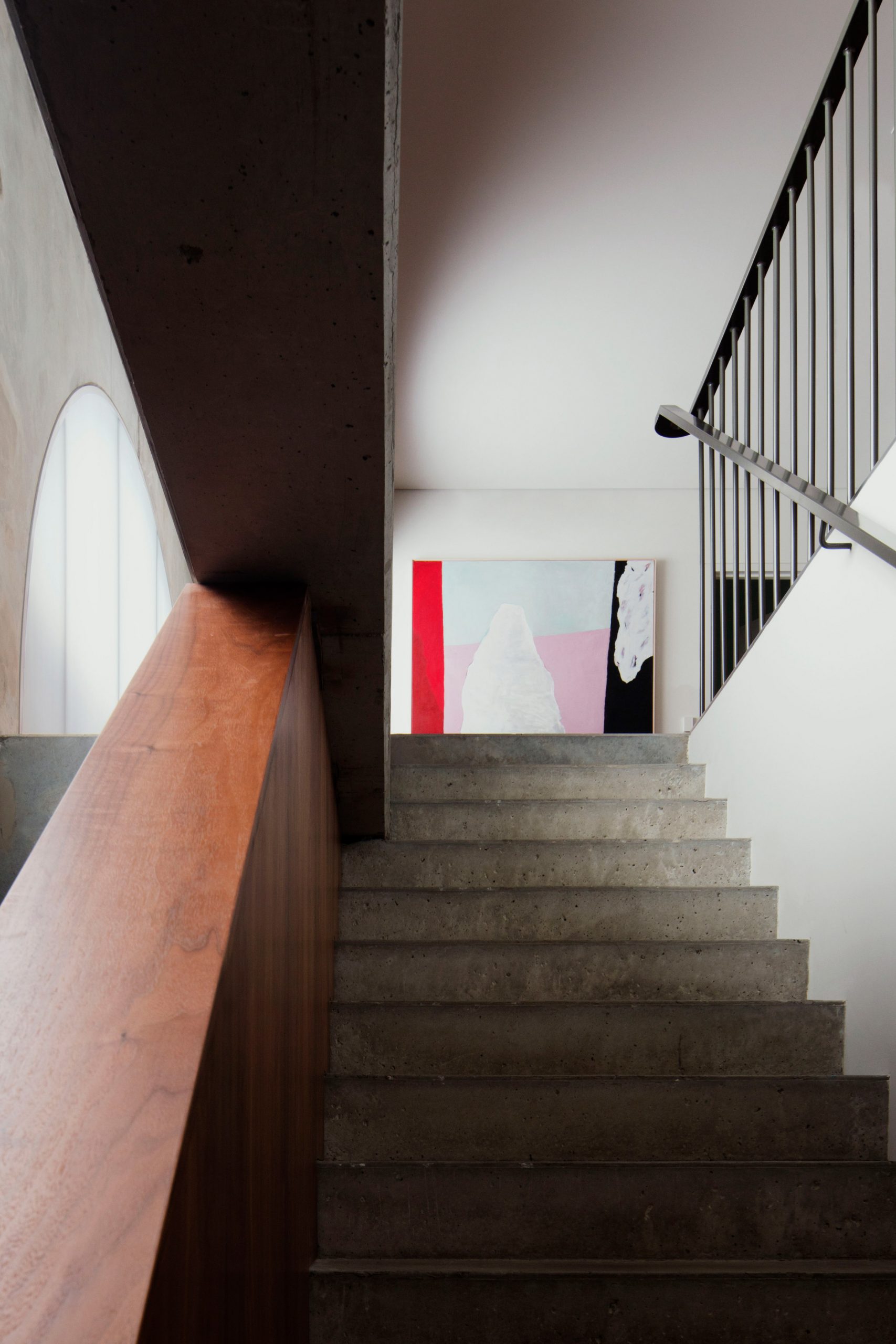 The larger arches form windows or striking decor features. For example, one has been filled with bookshelves, while another has been inlaid with warm-hued timber to create a dramatic headboard in the master bedroom.

Timber is one of the three materials that Nic Brunsdon opted to apply throughout the interior – it has also been used for the cabinetry in the kitchen, staircase balustrades and sideboards. 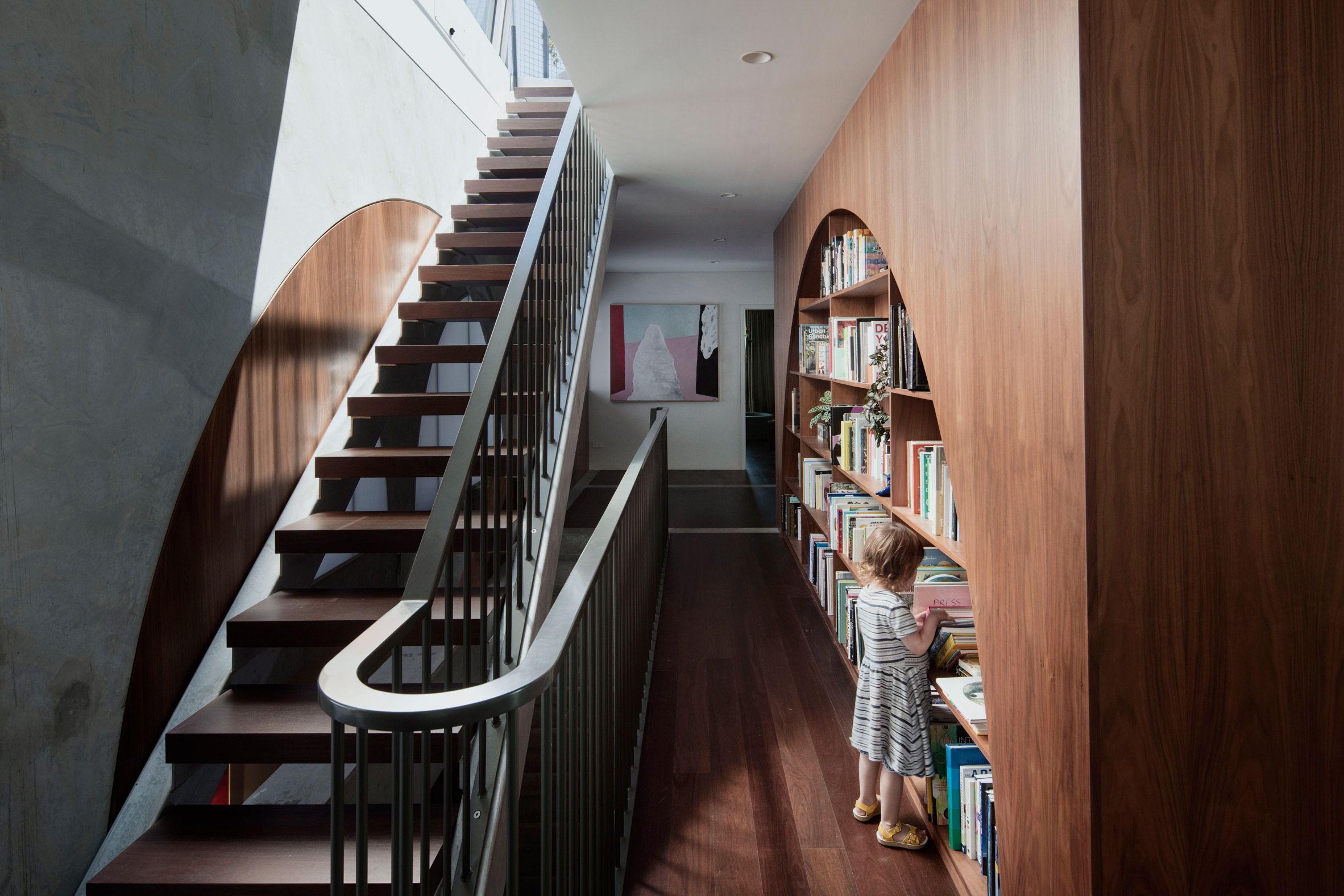 Concrete has then been left exposed across the walls and floor, while insulated polycarbonate sheeting has been fitted in some of the windows to diffuse the harsh sunlight.

Pops of colour in North Perth House are provided by a selection of contemporary artworks. 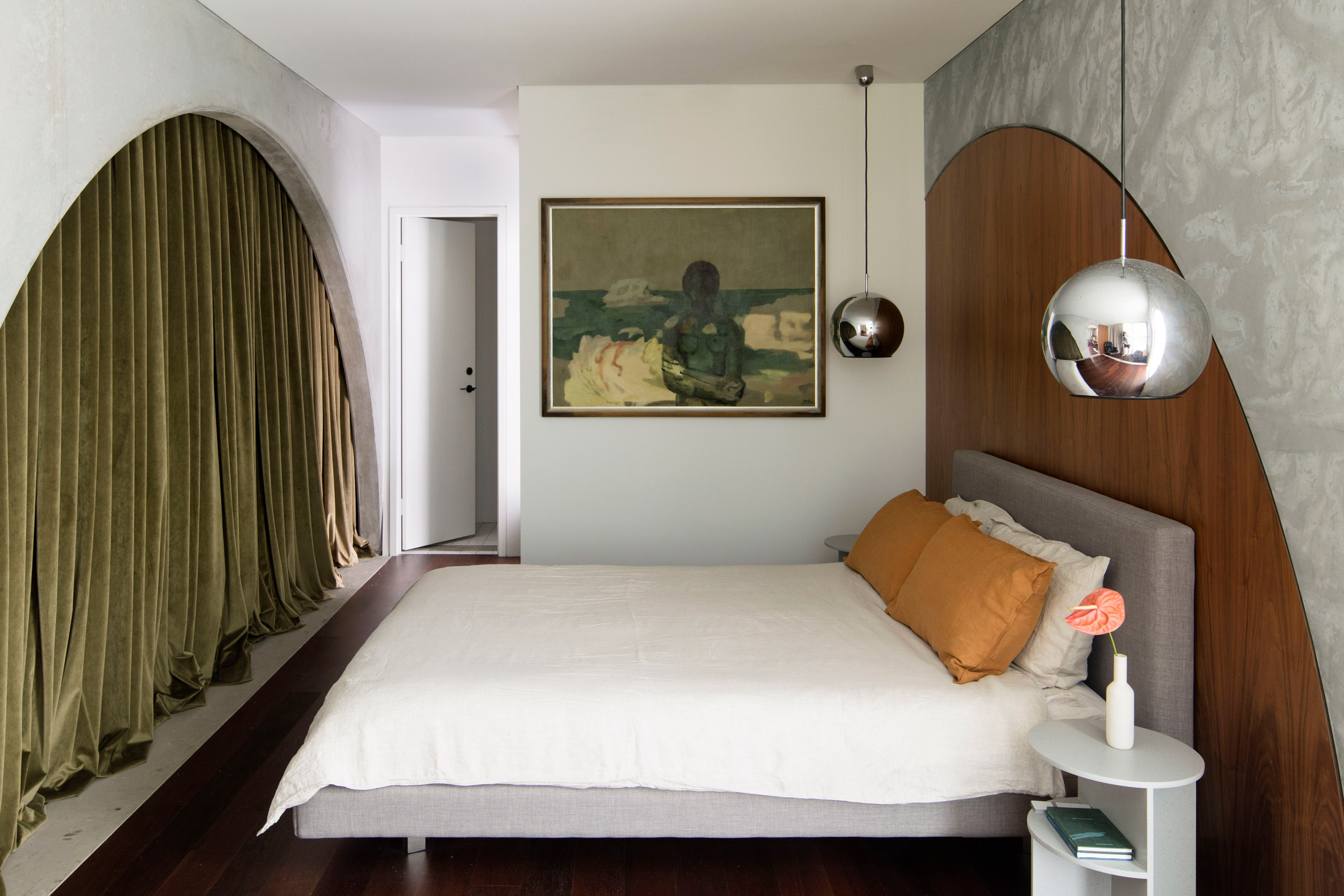 Nic Brunsdon is based in Perth’s South Freemantle suburb. The architect is longlisted in the hospitality building category of this year’s Dezeen Awards for his project The Tiing – a boutique hotel in Bali that features rugged concrete walls that were cast against bamboo.

Its 14 guest rooms are each shaped like funnels, directing views towards the jungle on one side and the ocean on the other.

Photography is by Ben Hosking.