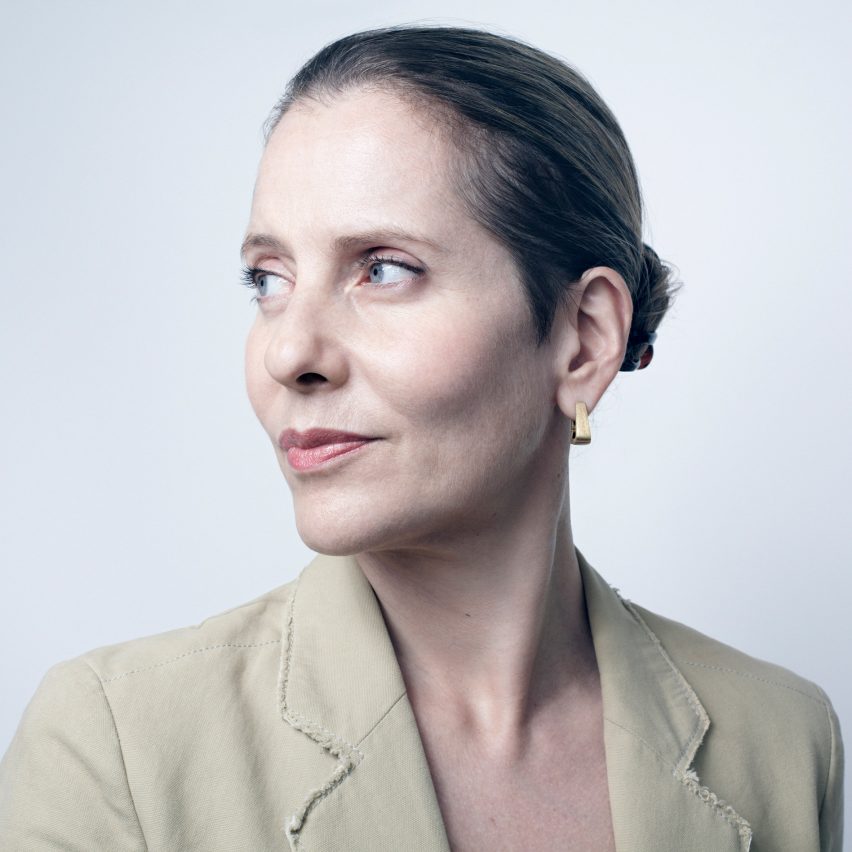 Antonelli and Ilori are two of four creatives who will receive medals at the virtual awards ceremony, which takes place online on 14 September as part of London Design Festival 2020, and is supported by SAP.

The Emerging Design Medal will be awarded to London-based designer Ilori, who is known for his bold and colourful creations that have spanned from a vibrant skate park in France to a colourful railway bridge in south London.

As the most esteemed prize of the four medals, the London Design Medal is awarded to designers who have “distinguished themselves within the industry and demonstrated consistent design excellence”.

This year’s prize has gone to Antonelli, who is senior curator at The Museum of Modern Art (MoMA) in the department of architecture and design, as well as MoMA’s founding director of research and development.

She also spoke at the Dezeen Day conference about the need to design a better future for the planet, and is a judge for this year’s Dezeen Awards.

Antonelli is the 14th winner of the prize, which has been awarded annually since 2007. Previous winners include Es Devlin, David Adjaye, Thomas Heatherwick and, most recently, Tom Dixon.

“I realise that the right thing to say would be that I am humbled by this honour, but I’m not! I’m unabashedly proud to have received the London Design Medal and shamelessly boastful,” she said.

“Of all the capitals of design, London is the one that best understands our field‘s breadth, versatility, diversity, and its power to influence society in all aspects of life, everywhere, and at all levels of impact,” she continued.

“Design is important, and it is an important moment for design. I thank the jury for recognising me, as being an effective advocate for design and letting the world understand and embrace it, is my life’s work.”

This year’s Emerging Design Medal, which recognises creatives who have made an impact within five or so years of graduation, was awarded to British-Nigerian designer Ilori.

Ilori begun by upcycling old furniture in 2011 with patterns informed by traditional Nigerian parables and West African fabrics, before establishing his own studio in 2017.

“It feels good to know that my work has been recognised by London Design Festival in a time where, in my opinion, design is more important than ever,” said the designer.

“I just hope my work inspires the next generation of young designers with a similar background to me. I really am grateful and excited for the future.”

British graphic designer, photographer, writer and educator Garland is the recipient of this year’s Lifetime Achievement Medal, for his “significant contribution to the development of graphic design since the mid-twentieth century”.

Garland formed the prolific design studio Ken Garland & Associates in 1962 in Camden, London, where he continues to live and work. He also opened the Galt Toys toy shop in the 1960s on London’s Carnaby Street.

“I am delighted to be chosen as the recipient of one of the London Design Medals,” said Garland. “At my age (91) I had thought I was a forgotten person – but no, someone still remembers me!”

“As to achievement: all my associates and I did for 50-odd years was to have a lot of fun at other people’s expense. We were so lucky!”

The Design Innovation Medal was awarded to MacArthur this year. After becoming the fastest solo sailor to circumnavigate the globe in 2005, she retired from professional sailing and went on to launch the Ellen MacArthur Foundation in 2010.

The Foundation, which aims to push people to move towards a circular economy through design, has produced a series of influential reports on different sectors including plastics, fashion and fast-moving consumer goods, in a bid to prove the financial benefits of a waste-free economy.

“When we started working to accelerate the transition to a circular economy ten years ago, we knew that a new approach to design would be critical: it’s about deciding from the outset to design in a way whereby products, components, and materials stay in the system,” said MacArthur.

“Since then thousands of innovators from startups, academia, government and business have seized the opportunity to think about how they can deliver benefits beyond one product, looking at how that product can fit in a much broader, regenerative system.”

“2020 has been a year of unprecedented disruption, but seeing people in the creative sector using their skills and talent to build a more circular economy gives me hope that we can build back better,” she added.