Home/Pebble Pods are earrings that keep AirPods in place

Pebble Pods are earrings that keep AirPods in place 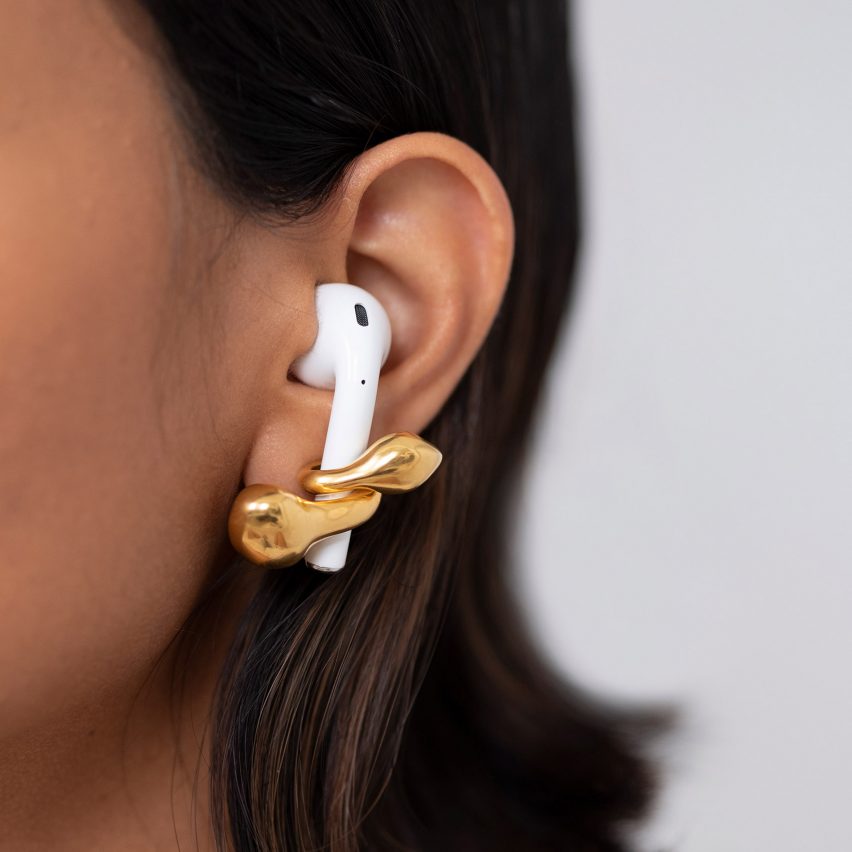 Jewellery designer Suhani Parekh has created a series of earrings that wrap and clip onto Apple’s AirPod headphones to stop them falling out of ears.

Parekh, who is creative director of London jewellery company MISHO, came up with the idea to use jewellery to hold wireless headphones in place after her own kept falling out and getting lost.

“These not only keep the pod in place, they can double up as earrings on their own,” MISHO said.

“These little sculptural earrings not only look great but act as little supports, they hold your [AirPods] in place, catch them if they slip out and most importantly they’re a versatile pair of earrings and look super with or without the [AirPods] on,” added the brand.

Pebble Pods has a chunky body that wraps around the headphone antenna to secure it, while Minimal/Active Tall Pods have a curved body designed to easily slip AirPods in and out without needing a mirror.

The latter was created to suit those who want to use AirPods during a workout and is joined by the shorter Minimal/Active Tiny Pods that are intended to be even more discrete active-wear.

Made of sterling silver, the golden earrings are designed to complement the minimal smooth white casing of Apple’s AirPods.

First unveiled in 2016, the Apple AirPods look almost identical to its EarPods but are without wires. Instead, they connect to the user’s devices via its a wireless chip, called W1.

The company also aimed to resolve the problem of the headphones slipping out with its AirPod Pro, which comes in three sizes to better fit the wearer’s ears.

Other unusual jewellery designs include the Orwell collection by Sara Sallam, which partially covers the face to thwart invasive tracking technology, and Palma by Unbound Babes, which is a waterproof sex toy disguised as a piece of jewellery.

The post Pebble Pods are earrings that keep AirPods in place appeared first on Dezeen.