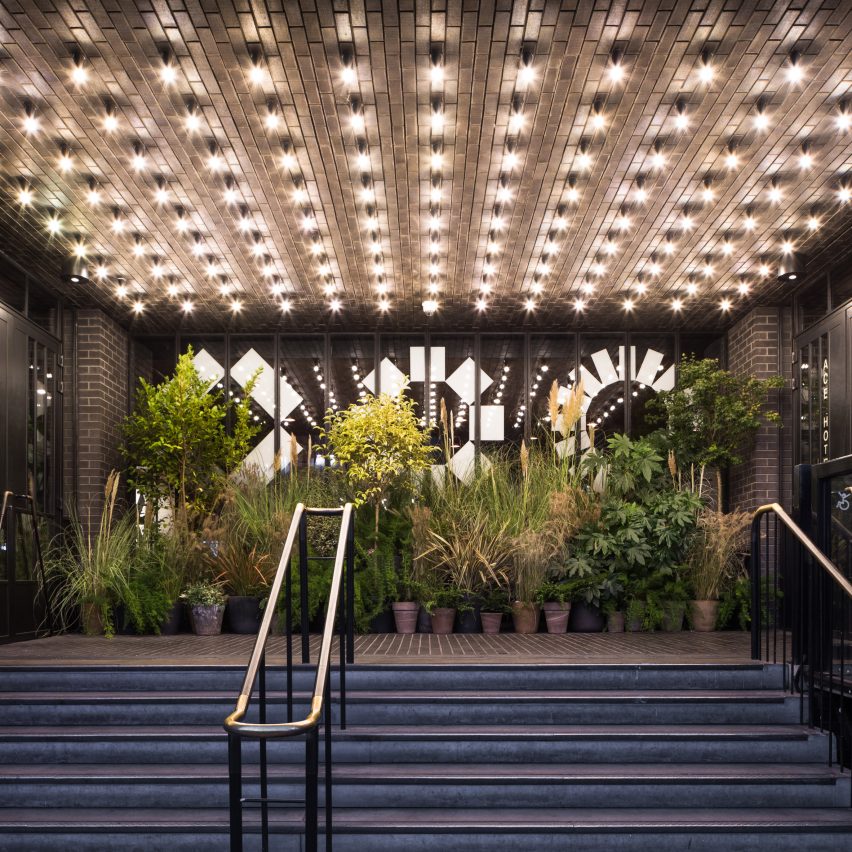 American hotel company Ace Hotel has permanently closed its outpost in Shoreditch, London after shutting the venue temporarily due to the coronavirus pandemic.

A source at the company said the hotel “will not be reopening as an Ace” amid speculation that it could reopen in 2021 under a different owner.

Ace Hotel Group confirmed on Instagram last night that the Shoreditch High Street hotel, which was shuttered temporarily in March, will not reopen under the Ace name.

“We’re heartbroken to announce that our longtime home on [Shoreditch] High Street will no longer continue as Ace Hotel London Shoreditch,” it said, hinting that it plans to open at another location in the city in future.

“We fell in love with that energy, and we’re excited to build a new home in London in the hopeful, renewed future,” it said.

First Ace Hotel outside the USA

Designed by Universal Design Studio, the 258-room hotel opened in 2013 and help seal Shoreditch’s reputation as a trendsetting district. It quickly became a hub for London’s design scene, hosting numerous exhibitions and events.

“As our first hotel outside the US, it was built as an open satellite for the extraordinary energy ignited by the city itself,” the brand said.

Tragically, Ace Hotels co-founder Alex Calderwood died in one of the rooms shortly after the hotel opened. In 2015, it was sold by previous owner Starwood Capital Group to a company called Limulus. It is now owned by hotel operator Lore Group.

Guitars and turntables in rooms

The first Ace Hotel opened in Seattle in 1999. Designed to appeal to creative people, the hotels rapidly became signifiers of fashionable urban districts with their bustling multifunctional lobbies, quirky facilities such as flower stores and barbershops, and rooms featuring guitars and turntables.

The chain now has eight hotels in the USA and is opening a branch in Toronto later this year. The most recent Ace Hotel opened earlier this year in Kyoto, Japan with interiors by Kengo Kuma and commune.

Ace Hotels faced a backlash earlier this year over an Instagram post by Ace Hotel New Orleans, which aimed to show solidarity for the Black Lives Matter movement.

This was met with a backlash from former employees, who criticised the company’s treatment of employees who are people of colour, LGBTQ or from minority groups.

In response, Ace Hotels’ president and partner Brad Wilson issued a statement announcing measure the group is taking to address the criticisms.

“Our paramount goal at Ace Hotel Group is to honor the vision of our founders who, as members of the LGTBQIA+ community, were devoted to creating a welcoming and inclusive experience — particularly for those who are marginalized,” Wilson wrote.

“The feedback we received in the past week made clear that in some instances, we have strayed from that vision.”

The news follows the announcement that London’s h Club, a members’ club for people in the creative industries, is also to close permanently.

The Covent Garden club, formerly known as the Hospital Club, blamed the closure on the pandemic.

“The Covid-19 pandemic is having a devastating effect on the hospitality industry and has created an uncertain future, especially in central London,” H Club said in a statement.

“Due to this and other changes globally within our organisation and after careful consideration, it is with a heavy heart that we regret to say that the Club will not be reopening its doors to members.”

The photograph of Ace Hotel London Shoreditch is by Peter Guenzel.

The post Ace Hotel London Shoreditch will not reopen following months of temporary closure due to coronavirus appeared first on Dezeen.