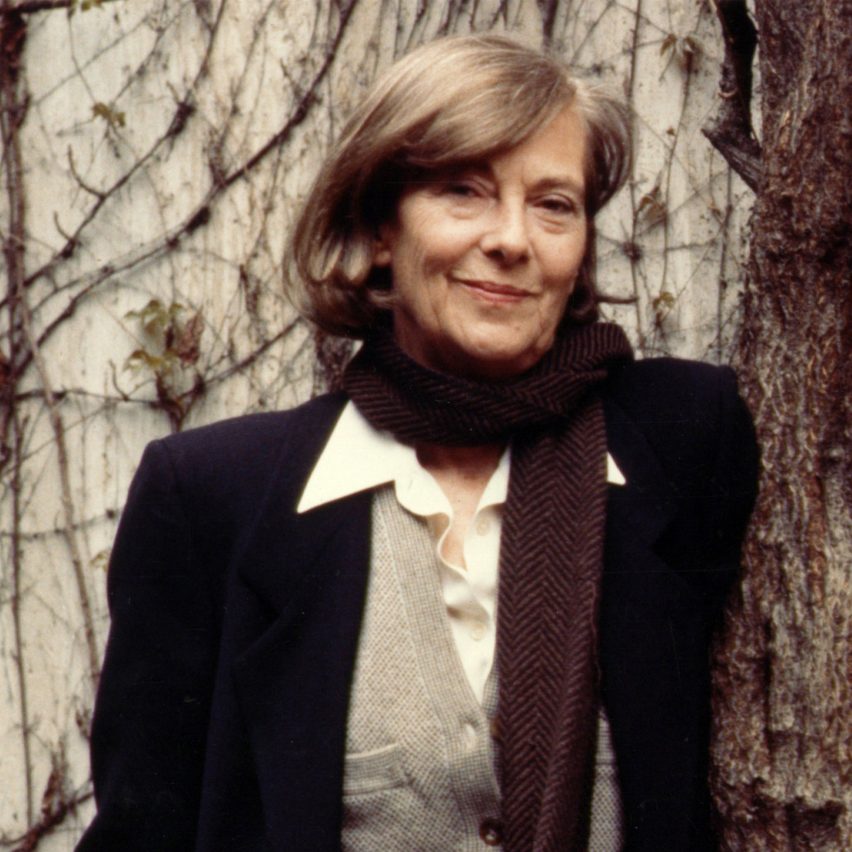 Italian architect and designer Cini Boeri, who created a series of iconic seating designs and was the founder of Cini Boeri Architetti, has passed away aged 96.

Cini Boeri died on Wednesday, 9 September, in her home in Milan – the city in which she was born and lived her whole life.

Over the course of her career, Boeri collaborated with some of the biggest names in Italian design, including lighting brand Artemide and furniture makers Knoll, Magis and Arflex.

She is survived by her three sons, among them architect Stefano Boeri.

“What I consider unattainable in my mother Cini is her elegance, a sort of natural gift that covered her in every action,” Stefano Boeri told Dezeen.

“Cini invented pop objects and architectures. Never boring and presumptuous and at the same time extremely elegant – an almost impossible blend that Cini knew how to create.”

Industry figures took to social media to share an outpouring of love and respect for her and her work.

Milan’s mayor Beppe Sala took also took to  Twitter to pay homage to one of his city’s most loyal patrons.

“Today we have lost Cini Boeri, architect and pioneer of design, famous throughout the world for her talent for combining creativity and functionality,” he wrote.

Curator Hans Ulrich Obrist shared an image on Instagram of a yellow post-it note from Boeri. It reads: “I would like architecture to design joy! We need it so much. Shall we try? I’m ready to do it.”

Much of her furniture work is modular and still in production today, attesting to the timeless nature of her designs and her enduring focus on functionality.

Although her design pieces were most well-known, Cini Boeri was also a trained architect and completed residential projects as well as offices, shops and exhibition designs both at home and abroad.

Cini Boeri was one of the first female Italian designers to rise to prominence after the second world war and was awarded the Compasso d’Oro Lifetime Achievement award in 2011, as well as being named a Grand Officer of the Order of Merit of the Italian Republic.

Born Maria Cristina Mariani Dameno in 1924, she grew up in Milan and graduated from the Milan Polytechnic in 1951 with a degree in architecture.

She interned briefly for Italian architect Gio Ponti and went on to collaborate with designer Marco Zanuso for many years, before setting off on her own in 1963 to found Cini Boeri Architetti.

In the 1960s, she completed multiple vacation homes in Sardinia, including the brutalist, clifftop Casa Bunker and the snail-shaped Villa Rotonda, which were designed to create a dialogue with the surrounding landscape.

Similarly, the Casa nel bosco from 1969 was set in a birch forest in Lombardy, with its fragmented architecture articulated to avoid having to fell the large surrounding trees.

Throughout her career, Cini Boeri frequently collaborated with Arflex, the furniture brand for which she created some of her most well-known design including the monobloc foam Bobo chair from 1967 and 1971’s Serpentone sofa.

This consists of vertical polyurethane foam panels strung together like a concertina, which could be bought by the metre to fit any desired space.

A year later, this idea evolved into the modular seating system Strips, in which oversized foam bricks are stacked together like Tetris tiles to form varying spatial configurations.

The design earned her the Compasso d’Oro industrial design award as well as being included in the permanent collection of the Milan Triennale.

Cini Boeri also contributed to the Italian design firm Gavina, which was acquired by Knoll in 1968, leading to another longstanding collaboration.

This gave birth to the 1978 Brigadier sofa, which sits raised up on two rectangular blocks, as well as to various showroom designs throughout the 1970s.

She continued to produce notable furniture designs throughout her life, including the Ghost chair, created for Fiam in 1987 from a single pane of glass.

“On the contrary, the seriality of Serpentone, like that of Strips, reveals a playful modular value that’s even present in their names while the sinuous shapes of the Ghost or the Villa Rotonda are an ironic break with the aesthetic stylistic features of rationalism.”