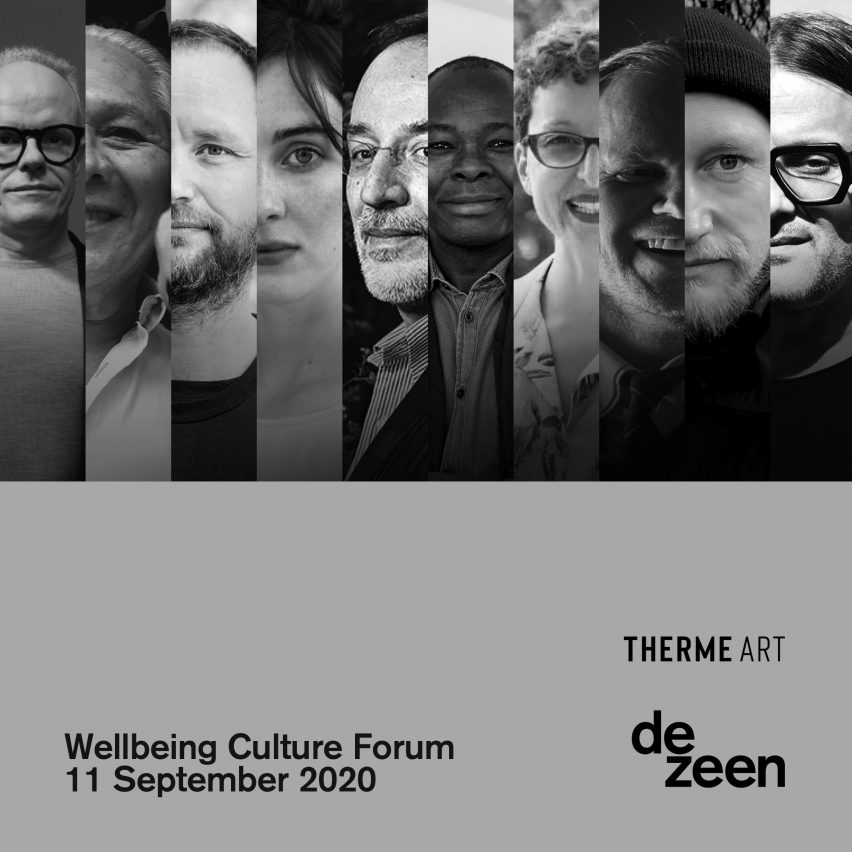 Diébédo Francis Kéré, Cyrill Gutsch and others discussed how architects and designers can tackle the challenges of the anthropocene in a panel discussion hosted by Therme Art and Dezeen.

Held during Gallery Weekend Berlin, the talk is part of Therme Art‘s Wellbeing Culture Forum, a talks programme exploring the role of culture, art, design and architecture in promoting health and wellbeing in urban populations.

Entitled Growing Gaia, the talk was the second in a programme of events happening from 11-13 September at the König Galerie in Berlin.

The panel discussed the Gaia Hypothesis, formulated by American biologist Lynn Margulis and British chemist James Lovelock in the 1970s, which suggests that all living organisms co-evolve with their environment, forming a system that maintains the conditions for life on Earth.

The panellists discussed the ways in which the Gaia Hypothesis can inform architects, designers, artists and scientists of solutions to the crises facing humanity in the anthropocene era.

“It is undeniably clear that today we must reposition ourselves within the totality of nature,” Therme Art explained.

“How can artists, architects, scientists, and designers bring this theory to consciousness and translate it into action?”

The panel was split into two sessions, the first of which was co-moderated by the artistic director of the Serpentine Galleries Hans Ulrich Obrist and CEO and curator of Therme Art Mikolaj Sekutowicz.

Panellists included Burkina Faso-born architect and designer Kéré and founder of the Parley for the Oceans, Gutsch.

Also on the panel was cultural and literary scholar Salome Rodeck, artist Tomás Sarraceno and author and professor of botany at the University of Florence Stefano Mancuso.

The talk was the latest in Therme Art’s Wellbeing Culture Forum talk series and the second to be held in real life following the ease of coronavirus restrictions in Germany.

The panels have dealt with topics such as how art and architecture can contribute to healthy urban environments, the importance of live events during global crises, the role of culture in the built environment, how to design healthy and happy cities and how to maintain the wellbeing of city dwellers.