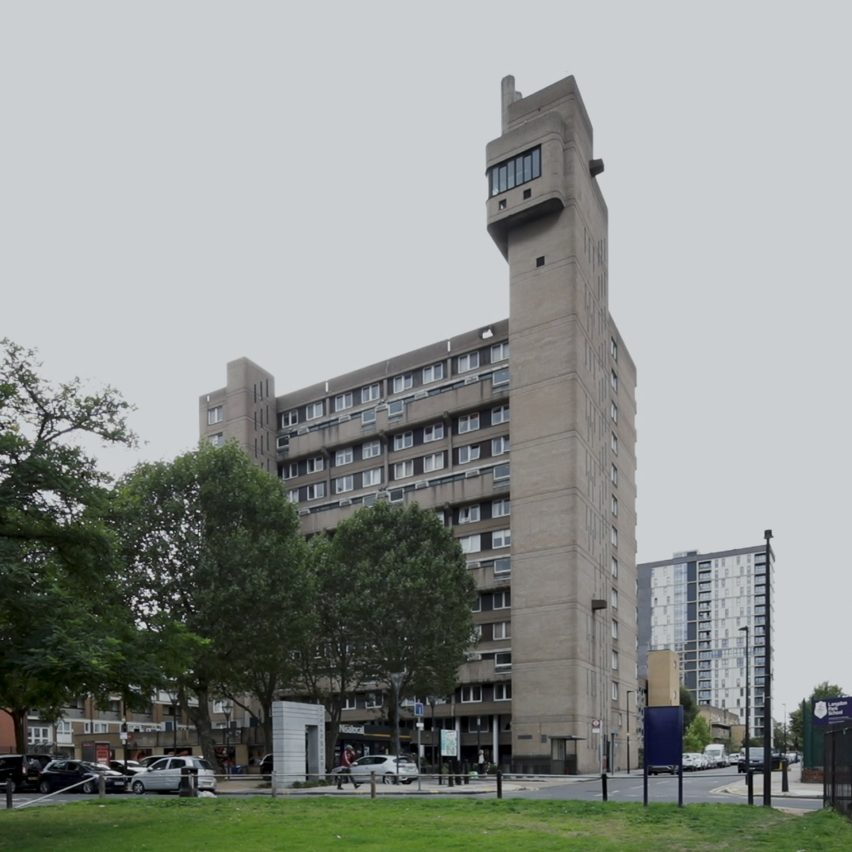 The focus of this short film, published in collaboration with Open House London, is the Glenkerry House tower block, which marries brutalism with its architect Ernö Goldfinger’s utopian housing ideals.

Filmed by Edward Bishop of Stephenson/BishopFilms, it is one of a series of video tours of overlooked and unusual places in the city commissioned by the festival for its 2020 programme.

Built in Poplar, east London in 1977, Glenkerry House is a 14-storey residential tower that functions as a housing cooperative, meaning that the block is managed by its residents.

It forms a part of Hungarian architect Goldfinger’s Brownfield Estate – a group of concrete tower blocks and low-rise housing at the north entrance of the Blackwall tunnel, which includes Balfron Tower.

In the video, tour guide and Glenkerry House resident Katie John talks about the design and history of the tower, which is home to 79 generously-sized flats.

The majority of flats contain one or two bedrooms, however, there are also four four-bedroom maisonettes on the ground floor and 12 three-bedroom flats. These are positioned in an interlocking arrangement that requires only one corridor for every three floors, helping to maximise living space for the residents.

Other interesting details that can be seen in the video include the tower block’s community gardens, its bush-hammered concrete finishes and a service tower that is topped by a projecting boiler room.

Inside, John explains that the generous sizes of the flats and their large windows are a reflection of Goldfinger’s utopian housing ideals and belief “that everybody deserves high-quality accommodation”.

According to fellow Glenkerry House resident Alberte Lauridsen, who also features in the video, these ideals are still present today in the way that residents run the tower. Flats are also priced below market value so that they are within reach of people on modest incomes.

As such, Glenkerry House is a “vertical village in which everyone has a say in keeping the community going,” Lauridsen said.

Dezeen is the media partner for Open House London and will be publishing a different video every day during the festival.

The films are part of the festival’s diverse programme for 2020, which has been curated in response to the coronavirus pandemic and fewer buildings opening to the public as a result.