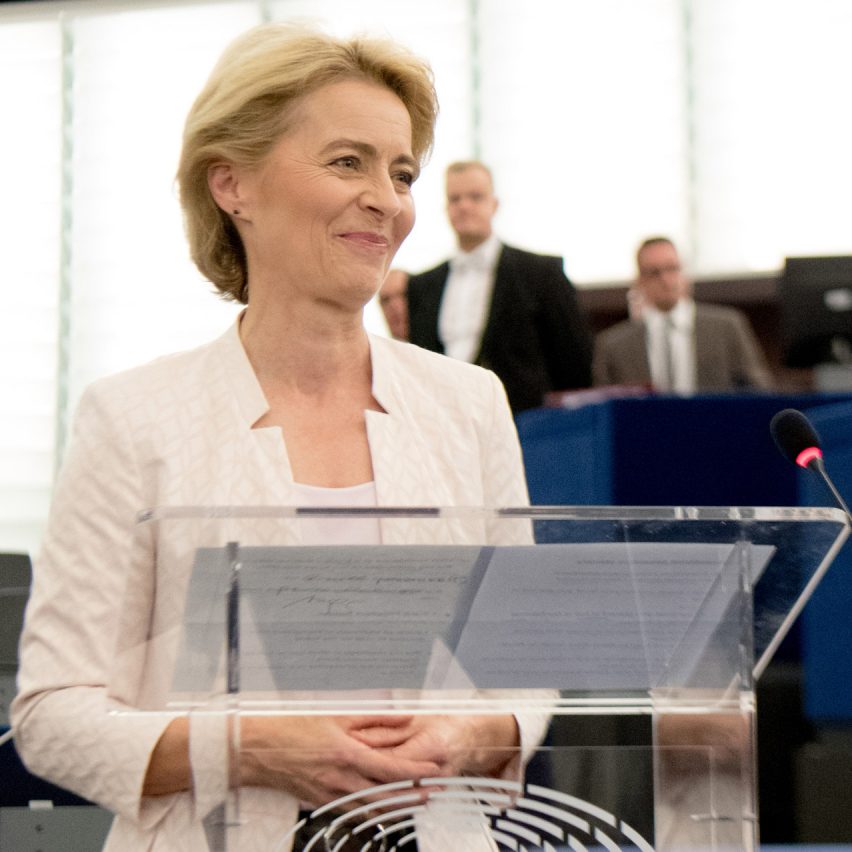 Speaking in her inaugural State of the Union address to the European parliament, Von der Leyen outlined her plan to create a “new European Bauhaus” to kickstart a cultural and sustainable movement in the European Union.

“We will set up a new European Bauhaus – a co-creation space where architects, artists, students, engineers, designers work together,” she said.

“A new cultural project for Europe”

The European Bauhaus, which takes its name from the hugely influential German design school founded by Walter Gropius in 1919, will be part of the €672.5 billion NextGenerationEU investment and recovery plan put in place following the coronavirus pandemic.

German politician Von der Leyen, who became president of the European Union’s executive branch in December 2019,  explained that culture, as well as sustainability, will be the focus of the union’s recovery plan.

“I want NextGenerationEU to kickstart a European renovation wave and make our Union a leader in the circular economy,” she said.

“We need to change how we treat nature”

“Our current levels of consumption of raw materials, energy, water, food and land use are not sustainable,” she added. “We need to change how we treat nature, how we produce and consume, live and work, eat and heat, travel and transport.”

The creation of the European Bauhaus was announced as part of the cultural aspect of the plan.

“This is not just an environmental or economic project: it needs to be a new cultural project for Europe,” said Von der Leyen.

“Every movement has its own look and feel. And we need to give our systemic change its own distinct aesthetic – to match style with sustainability.”

Von der Layen highlighted construction as an area that needs to be made more sustainable, with buildings in the EU currently generating 40 per cent of its emissions.

“They need to become less wasteful, less expensive and more sustainable,” she said.

She encouraged the adoption of timber as a building material and suggested that artificial intelligence could be used make buildings more sustainable.

Investment for a green future

“We know that the construction sector can even be turned from a carbon source into a carbon sink, if organic building materials like wood and smart technologies like AI are applied,” said Von der Leyen.

Von der Leyen wants the Next Generation EU initiative to invest in lighthouse European projects with the biggest impact for a green future, such as hydrogen energy, renovation and one million electric charging points.

She also set a goal of reducing greenhouse emissions by 55 per cent by 2030.

In the speech, she explained that 37 per cent of NextGenerationEU’s budget will be spent directly on European Green Deal objectives and a target has been set to raise 30 per cent of its funding through green bonds.

The Bauhaus, which translates literally as “construction house”, was founded by Gropius in Weimar, Germany in 1919 and sought to unify art and crafts.

One of the world’s most influential design movements

Bauhaus’ legacy, both of a modernist aesthetic and of internationalism and social progressiveness, has lived on and still influences designers today.

Dezeen’s Bauhaus 100 series celebrated the school’s 100th anniversary with a series of profiles of its main proponents, designs and opinion pieces.

Photography is by the European Commission.